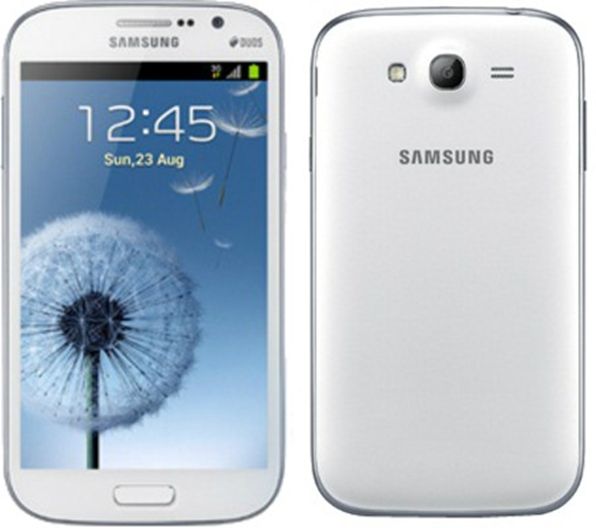 Samsung was once again viewed at being the sole capable manufacturer to bestow another mother of all Android smartphones by way of its Galaxy Grand. Of course we mean a superior smartphone which won’t cost you an entire month’s savings. Many phone manufacturers went after the Samsung Galaxy SIII and even tried to mimic that phone in design and features, but all failed.  This new Galaxy Grand is Samsung’s won imitation of the Galaxy III which looks much like that knockout of a phone for a reduced rate.

The Galaxy Grand has a Dual-SIM support, which is not the most fascinating of features and neither does it make the phone standout particularly because of this facility, however undeniably this adds practicality to your device. A tablet these days is for both, enjoyment and work, and to be able to separate those two worlds with dual SIM capabilities is something worth the appreciation. The Galaxy Grand runs on the exact same dual-core chipset which the Galaxy SII Plus is powered by. The Galaxy Grand comes powered by a Broadcom chipset with two Cortex-A9 processor cores clocked at 1.2 GHz, the VideoCore IV HW GPU and 1 GB of RAM. The screen is a whopping 5 inches with a low resolution of 480 x 800 pixels (187 ppi) and without the AMOLED screen too. With a low resolution screen the processor can easily take on tasks without a problem. With Android Jelly Bean accompanied by the latest TouchWiz, the experience on the Galaxy Grand is good. Physical aspects of the phone do not warrant any noteworthy mentionable however, being a baby S III is a self-serving statement itself. The battery (2100 mAh) life is spoken of as being very durable so your phone will execute tasks way past the average battery work hours found in other big screened smartphones. 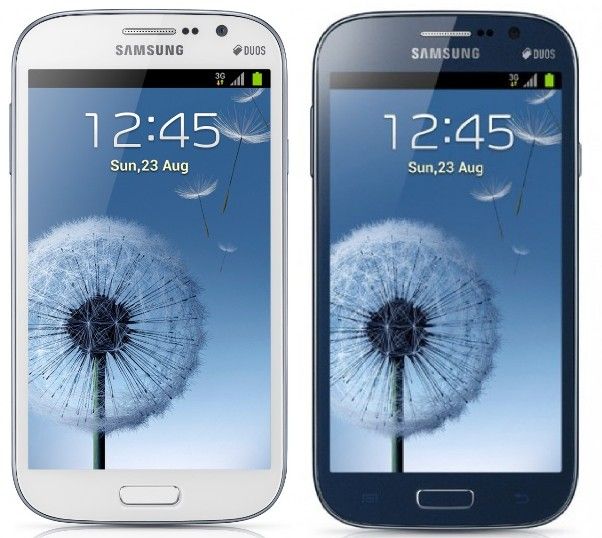 From the box, all you will get with the Galaxy Grand are the white earphones (we personally fancy their quality) a microUSB cable and an AC adapter. Being a bit of the Note and a bit more like the S III, the Galaxy Grand weighs in at 162g, and measures 143.5 x 76.9 x 9.6mm all round. The controls aren’t anything new, and previous Samsung smartphone owners will be able to direct functions and tasks easily. Below the screen are the three keys being the capacitive Menu and Back keys flanking the hardware Home button. At the top of the phone sits the 3.5mm audio jack, while at the opposite end are the microUSB port and the mouthpiece. On the left of the Galaxy Grand is a perfectly sized volume rocker. The right is home to the power/lock key. Like some of the Samsung phones, there is no dedicated camera key, which means aiming requires you to ensure that your finger is hitting the on screen camera shutter key. That camera shutter option when hit releases the 8 megapixel camera snapper, which renders quality pictures. There is also a single LED flash, which is neighbored by the loudspeaker grille. 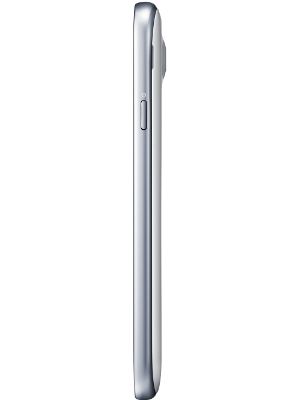 For the delicate wristed and small palmed, this phone will have you at many times operating it with effort and with your other tiny palm. The plastic is soft to touch, yet easy to escape grasp which means cause for worry. One aspect of the Galaxy Grand we particularly took liking to is the phonebook. The phone being a staple and much used feature can be annoying when it lacks basic and efficient functions. Not here, as the phonebook on the Galaxy Grand has an incredible number of features. You will find four tabs on top which are dedicated to the Phone app, Groups, Favorites and Contacts. You can filter contacts and separate them by phone numbers, groups and multiple sorting. Also, contacts can be imported or exported back and forth from the SIM card(s) and the phone. There are swipe options for the phonebook, which make it easy to quickly dial and make calls using right swipe and sending out a text using the left swipe action. The Quick contacts feature also makes life easier, and through which tapping on a picture will give rise to a pop up menu using which you can call, text, send out an email or use Google Talk with that contact. 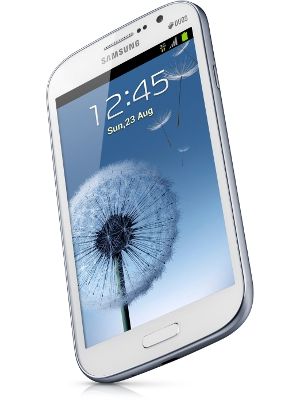 The Quick contacts feature is also cool for with it all details stored under that contact are displayed on two tabs. The first tab is the About tab where the contact’s photo appears on top. The right tab displays all the latest updates from social networks or from Google Talk. With the Galaxy Grand you will also get the detailed contact view, and you can customize patterns for calls and messages. There is also a dedicated SIM Manager which takes care of how your calls and data are handled on both SIM cards. This makes it easy to use both SIM cards without facing trouble of overload of data. Unfortunately, since the SIM cards will not effectively be swapped just by doing so in the settings options, you have to reboot the phone each time which is tiresome and simply annoying. Audibility on the Galaxy Grand is good, and the voice over calls is clear throughout. The network coverage is also good, even in cloistered environments where other phones usually fail. Smart Dialing is also a feature present in the Galaxy Grand through which tapping a digit displays contact numbers and names of that relevant digit. The proximity sensor turns on the screen when you pick up the phone or when you’re done using it after a call. 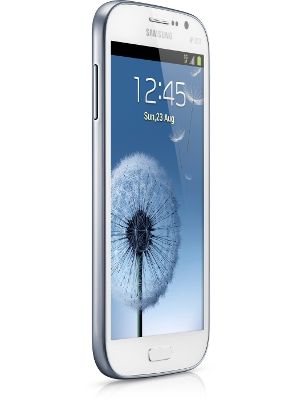 The Galaxy Grand has the same TouchWiz-ed music player as that found on the Galaxy S III. The loudspeaker quality is fairly good and loud. Even when the phone is connected to an external amplifier unit, the volume levels and clarity of sound are at peak. The downside of the Galaxy Grand is the fact that when video recording under low lighting conditions the result is poor. Also the fact that the dedicated camera external key has been given a miss is a sure downer. The WVGA resolution is stretched across the vastness of the screen, and thereby compromises the quality of resolution. Samsung has now started rolling out a software update for the Galaxy Grand in India, and the update is a 27.68MB which the company promises will improve the stability and also add the Group Play function to the phone.

Android 4.2.2 update rolling out for HTC One X Plus and Samsung Galaxy Grand Duos