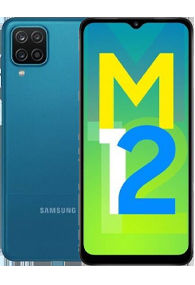 Samsung’s Galaxy M series started out as an online-only, affordable smartphone lineup, aimed at fending off the strong competition from rivals. And the strategy seemingly worked too, with some M series devices offering a handful of core features that were appreciated by the audiences… especially the huge batteries and capable displays. Some recent M series smartphones also forayed into the lower and upper mid-range market, with the recent ones including the Galaxy M51 (review) or M31s (review). Now, it seems that Samsung is again channeling its energy into delivering a sub Rs 12,000 phone that checks the right boxes and the result is the Galaxy M12. The new handset brings a new 8nm chipset, a 90Hz screen, and a 48MP quad-camera setup. Priced starting Rs 10,999, the M12 faces stiff competition from the likes of Redmi Note 10 (review), POCO M3 (review), and others. Let’s find out if the device packs in a worthwhile punch. 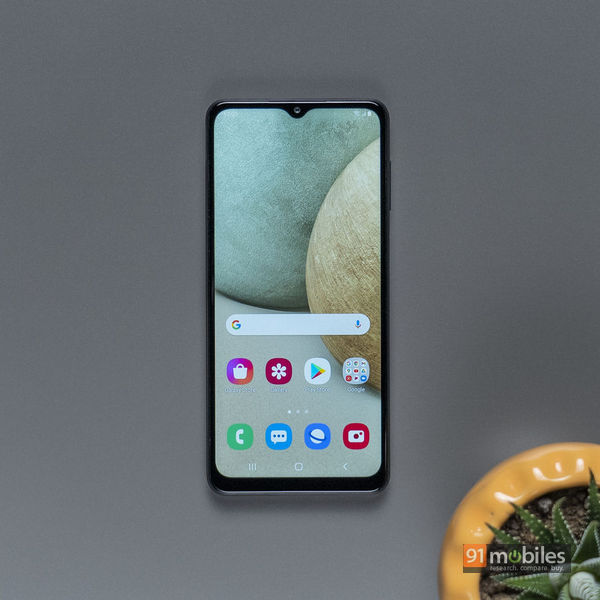 Samsung’s introduction of a 90Hz screen on a budget phone is definitely a step in the right direction. There are some areas of improvement though, such as the performance and cameras. Overall, the giant 6,000mAh battery and clean UI make up for it to some extent, making the Galaxy M12 a decent buy. 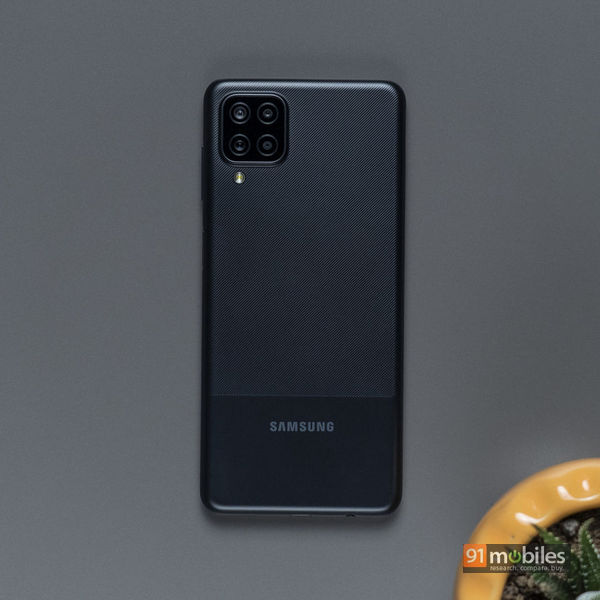 The Galaxy M12 uses a plain polycarbonate design that feels rigid and offers a firm construction. A textured finish is present on most of the back, while a quad-camera setup in a square housing sits flush with the body. There is no fingerprint sensor on the back with Samsung choosing instead to integrate it with the power button, a much more preferable choice. The phone does appear prone to scratches, with a few dinks visible just from keeping the phone in my pocket for a couple of hours. Its narrow frame lets the device sit more comfortably in my palm, although this is negated due to the hefty weight. It is good to see Samsung using a USB Type-C port for its affordable devices, and that is present at the bottom alongside the 3.5mm headphone jack and speaker grille. The M12 won’t win any style awards but that is not really the point of the phone. Its durability, sturdiness, and ergonomic design elements will matter more to its target demographic. 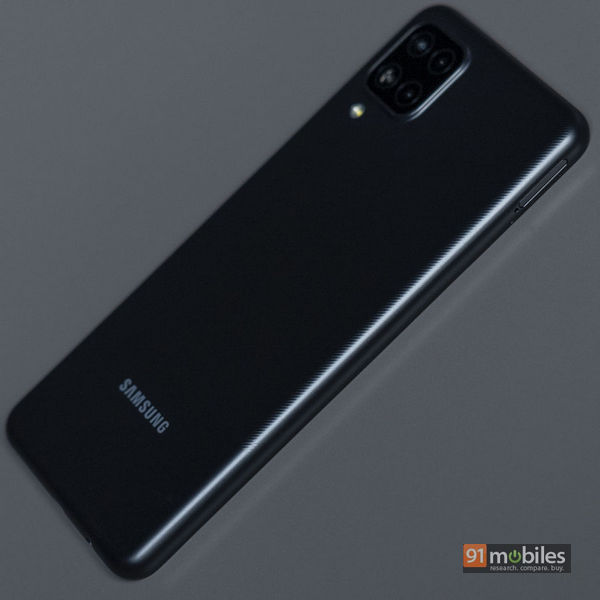 Moving on, the display on the Galaxy M12 is a 6.5-inch HD+ (720 x 1,600) TFT panel that has a 90Hz adaptive refresh rate. In its price range, the Galaxy M12 appears to be the only phone with a high refresh rate. That is a key selling point as it allows a new customer base of budget users to experience the responsiveness of a 90Hz screen. Do note however that the refresh rate is ‘adaptive’, which means that the panel cannot be locked at the higher refresh rate. However, it does function reasonably well with only slight jitters seen here and there while scrolling through Facebook or browsing Chrome. That apart, the display is a standard panel with healthy peak brightness, controlled saturation levels, and minimal colour shift when viewed at an angle. The wide bezels around the panel and the waterdrop notch are slightly off-putting but barring that, there is very little to complain about. 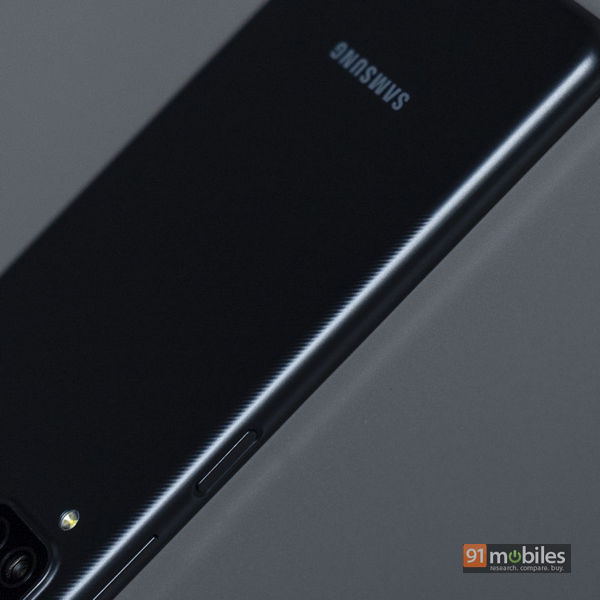 A quad-camera system is present on the Galaxy M12 which comprises a 48MP primary sensor with an f/2.0 aperture, a 5MP secondary ultra-wide lens with a massive 123-degree field of view, a 2MP depth, and a 2MP macro sensor. As far as budget phones go, the Galaxy M12 does a decent job of capturing details but its ability to bring in a more dynamic range leaves a lot to be desired. The colours can appear slightly dull at times, and it does appear that the sensor prefers warmer tones in most scenarios rather than a natural look. There are selected filters also available to boost saturation levels if you are into that. Largely, the photos will not leave you disappointed but I did hope for slightly faster focusing speeds. The ultra-wide sensor is not free of warping at the edges but on the plus side, it does cover a significantly larger area inside the same frame than I have seen on competing ultra-wide sensors. The macro shooter can get up to 4cm close for shots but the low-resolution shots don’t pack in the amount of detail I was hoping for. As for the depth sensor, you are looking at effective background separation in portrait shots which just about sums up its usefulness. 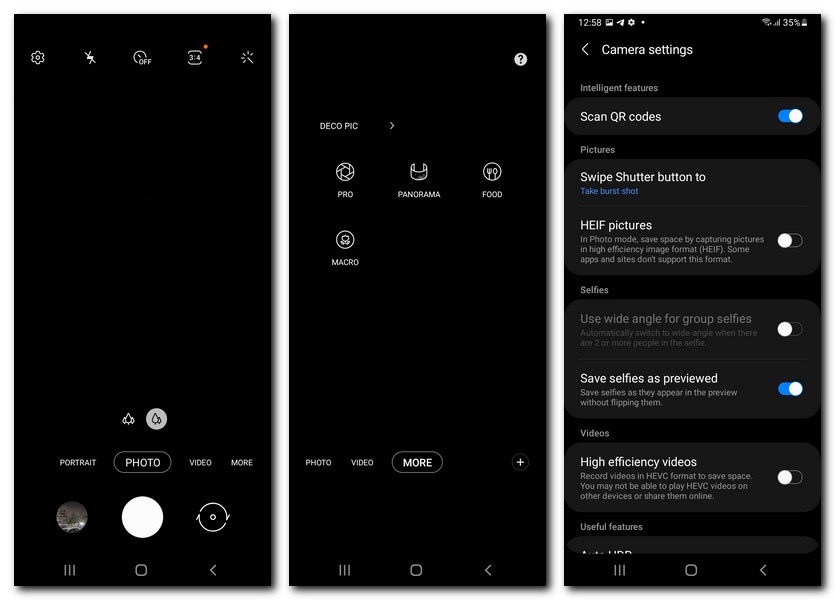 At night, the camera is a bit inconsistent and a slight shake can induce blurriness in the shots. I keep my expectations about low-light photography in check from a lot of budget phones, but the M12 can be termed as above average. The lack of a dedicated night mode doesn’t help. My only resolve in very dim lighting is to use the flash which does introduce an unnecessary amount of exposure. Details are a hit-or-miss depending on how much external light is falling on the subject. Lastly, you also get an 8MP selfie shooter that oversharpens facial details, but I do like how the skin tones are generally maintained well. Samsung has introduced a new 8nm chipset called the Exynos 850 SoC that has 8 cores running at a maximum of 2GHz. On paper, it appeared effective in swiftly conducting basic tasks on the Galaxy M12. Truth be told, the performance on the device is nothing spectacular but is on par with other budget-focused devices. Benchmarks revealed as much with the phone getting scores of 178 and 1,012 on single-core and multi-core tests on Geekbench 5. Normal day-to-day usage was fine with apps opening up at a decent pace and switching between them being seamless enough. However, the phone is not meant for heavy-duty gaming, as can be expected at this price point. It offers 4GB of LPDDR4 RAM and 64GB of internal storage along with a microSD card slot that extends it to 1TB. You are also getting a fingerprint scanner that’s surprisingly fast. The speaker is a bit tinny for my liking but there is a headphone jack for a wired audio experience. It would also be prudent to mention that the device misses out on dual-band Wi-Fi. 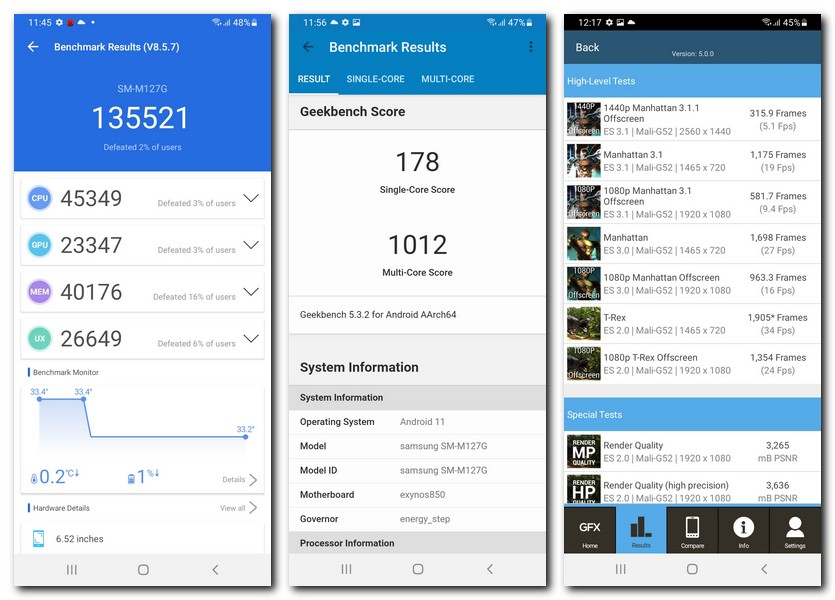 The Galaxy M12 comes with the Android 11-based OneUI 3.1 UI that fulfills most of my requirements from a functional user interface. This includes easy one-handed accessibility, a dedicated app drawer, easy customisability of themes, sensible widget options, and an overall clean aesthetic. You can head over to my colleague’s Galaxy S21+ review for more details on the software. 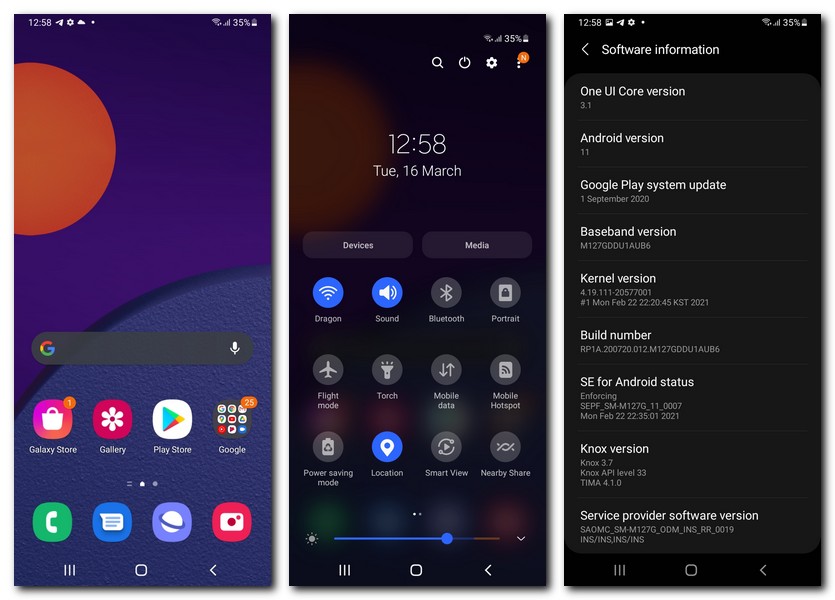 Lastly, you get a beefy 6,000mAh battery that is very likely going to last you two days on moderate usage. I consistently got about 6 hours of screen-on time with 30 percent of the battery left, while using the device at a 90Hz refresh rate. However, you get a rather slow 10W charger inside the box that takes more than 2 and a half hours to charge the phone fully. 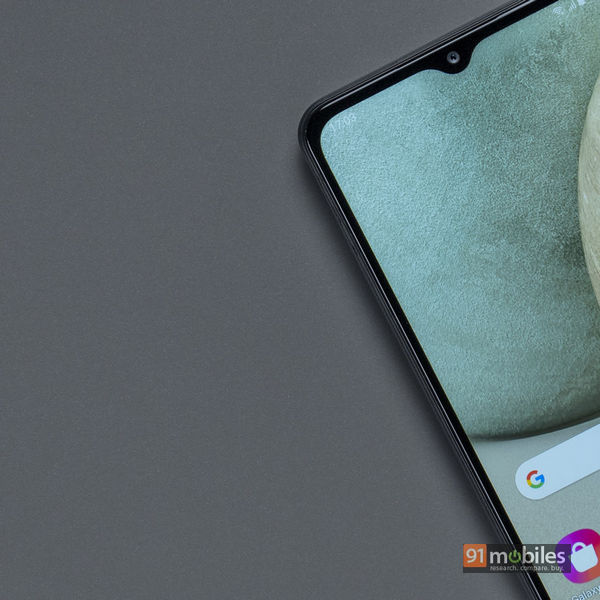 The Galaxy M12 banks on its fast 90Hz refresh screen and massive 6,000mAh battery to make its mark in the budget segment. The other aspects of the phone are less impressive. Thankfully the phone ships with Android 11 out of the box and has a UI that has become quite clean over the years. The phone could have used an FHD+ resolution panel and a punch hole instead of the dated waterdrop notch. Apart from that, the Galaxy M12 is a reasonable buy, not just for users invested in Samsung devices over the years but for anyone looking to purchase an easy-to-use, no-frills budget smartphone with a clean UI.