I remember reviewing Sennheiser’s first-gen True Wireless Momentum earbuds back in 2019 and while I was in awe of the pair’s audio quality, the unit’s design did leave me wanting more. That’s not all as, despite shipping with a chunky case, the unit’s battery backup was nothing to write home about either. Fast-forward to 2022 and the company recently announced the True Momentum Wireless 3, which cost north of Rs 20K and comes toting a revamped design, among other things. I managed to get my hands on a unit and in this review, let’s see if the pair has what it takes to go up against premium TWS buds from Sony and Apple’s stables.

Designing earphones is no mean feat – after all, a high-end TWS headset is packed to the brim with a ton of goodies which, on top of delivering pristine sound, facilitate features like ANC, touch controls and the works. That’s partly why premium TWS buds including Sony’s WF-1000XM3 and Sennheiser’s MTWs shipped with a clunky design. Thankfully, both, Sony as well as Sennheiser have significantly reduced the footprint of their earphones, as well as the charging case/dock that comes bundled with the retail packaging. To wit, the MTW3 look distinctively smaller and despite that, feature most, if not all of the latest advancements in tech. 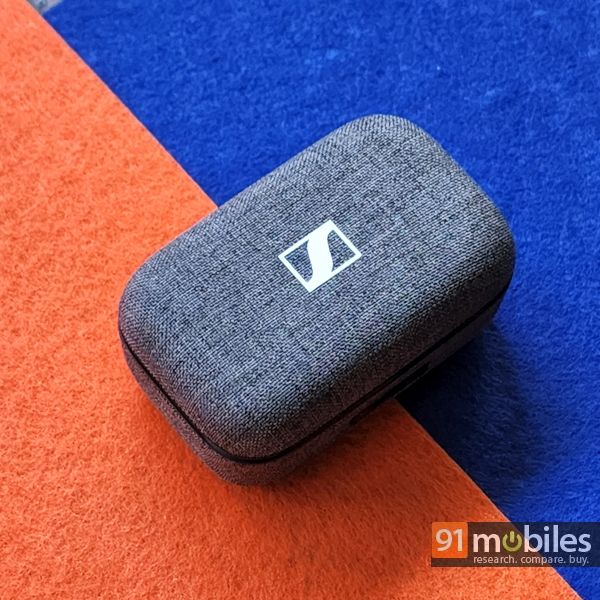 Don’t get me wrong, the pair will still stick out of your ears so you can all but forget about wearing the MTW3s to bed as the individual earpieces will bite your ears when your head is pressing against a pillow. However, the unit will serve you better when you want to listen to music whilst running or working out. To wit, each earpiece weighs just 5.8g so, you shouldn’t notice any wear fatigue set in even after using the pair for hours on end. To top it all off, the individual earpieces offered a snug in-ear fit, which can be accredited, at least in parts to the bundled ear fins. In fact, I couldn’t get the unit to fall off when I was running or doing burpees either, which is great. The icing on the cake is that the pair is IPX4 rated and consequently, the MTW3s should outlast your sweatiest workout sessions. 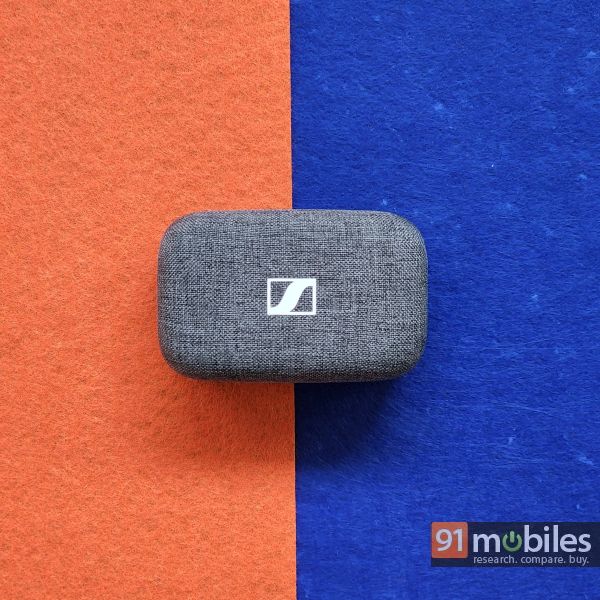 Moving on, the Sennheiser MTW3s look quite regal and the pair will blend well in an office setting. That said, the bundled case is undoubtedly the showstopper and it will attract a lot of eyeballs. I say this because the unit comes wrapped in a fabric-esque material and looks unlike any other TWS docking case on the market. I/O-wise, the unit features a USB Type-C port towards the front which is flanked by an LED indicator. Do note that you can even charge the case wirelessly, which is great. 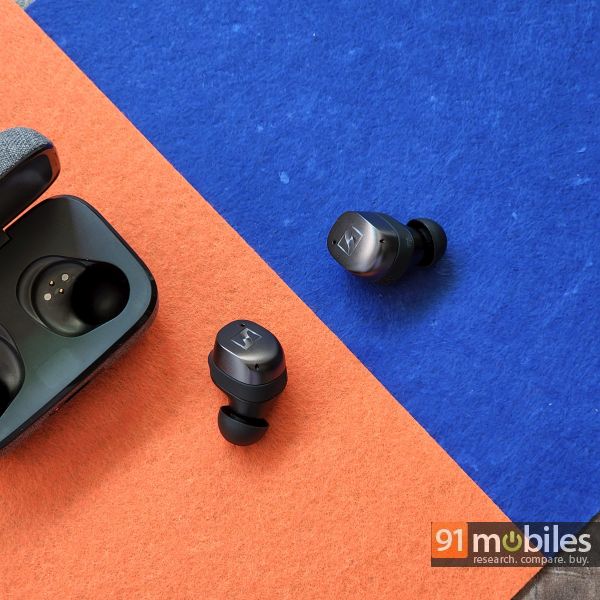 I should also add that the earphones feature a generous touch surface which felt plenty accommodating for my pudgy fingers. That’s not all, as the unit picked up on all my taps in a jiffy too. And, much like most other competing products, Sennheiser allows users to remap the touch controls to their liking via the Sennheiser Smart Control app. Speaking of which, the utility offers a clean, user-friendly interface and the app highlights the earphone’s battery and connectivity status front and centre. You can even use the app to tweak the touch controls, disable features like Smart Pause and Auto-accept calls or variate the EQ as well. All said and done, the Smart Control app is among the more refined companion apps I’ve used and the company deserves a pat on the back for the same. 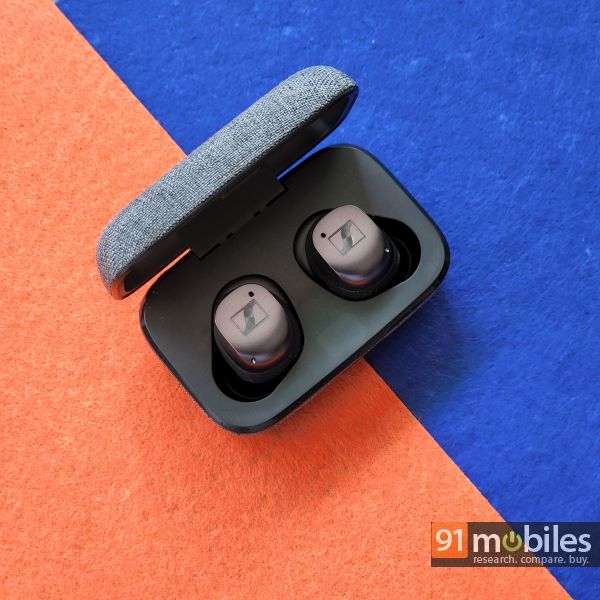 Moving on, the Sennheiser MTW3s ship with ANC too. Now, the ANC tech is not quite on par with say, what you’d get with the Sony WF-1000XM4 (review). In fact, while the MTW3s do a better job of keeping noise from the ceiling fan and AC units at bay (thanks to their Anti Wind feature), the pair struggled to drown out the key taps of my mechanical keyboard or the hubbub of a busy street to the same extent as Sony’s offering. Don’t get me wrong, the difference isn’t night and day and the MTW3s can cut through a good chunk of environmental noise as well. However, I feel that the WF-1000XM4 has a slight edge in the ANC department. Moving on, you’ll also get a transparency mode with the set which works as advertised. What’s more, you can tweak the feature’s efficacy to your liking via the Smart Control app as well, which is great. 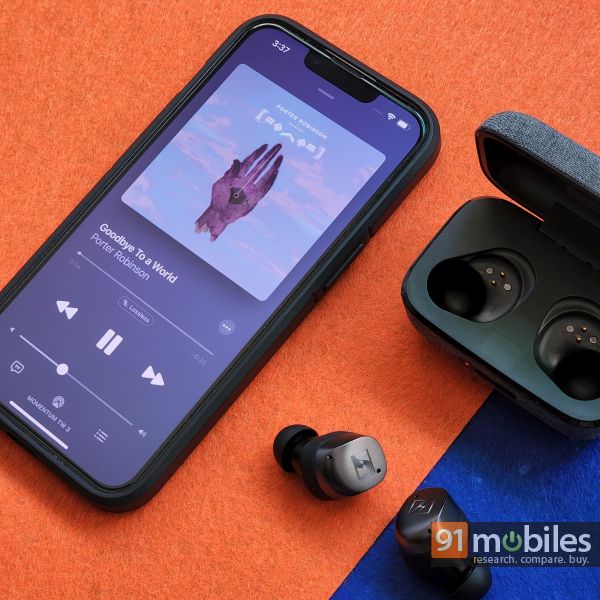 Coming to the meat of the matter, the Sennheiser MTW3 is backed by a pair of 7mm dynamic drivers. The earphones can operate across a frequency range of 5Hz to 21KHz and support AAC, SBC, aptX and aptX Adaptive codecs. Do note that I was relaying music to the earphones via the Samsung Galaxy S22 Ultra (review) and the Apple iPhone 13 (review). The MTW3 defaulted to aptX codec on the former and was operating at AAC codec for the latter. 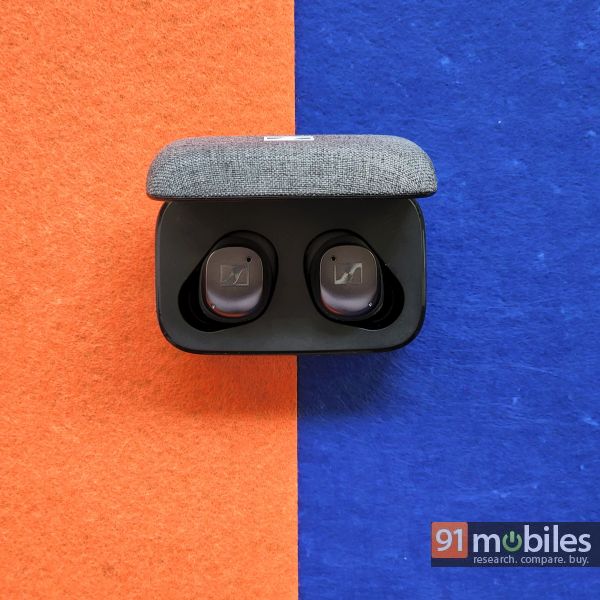 So, how do they sound? In a word, fantastic. The earphones’ sound signature sways in the favour of low-end frequencies in the most subtle way possible. To wit, while the bass output does feel a tad more emphasized than say, the treble, it doesn’t dominate the frequency spectrum. Instead, the earphones register and relay every note with utmost gravitas, thereby paving the way for a joyous listening experience. Take Arctic Monkey’s Do I Wanna Know for instance, wherein, the impact from the kickdrums feels adequately emphasised throughout the entirety of the song. Now, do note that the bass output doesn’t cast a shadow over other instruments. In fact, those longing for deep, meaty beats might even raise an eyebrow at the MTW3’s low-end prowess.

As a result, while you will revel in the tight beats of the song, you’ll enjoy the strums from the guitar, or the vocals just as much. Again, the low-end output, while more prevalent than the rest of the frequencies, is sufficiently textured and offers minimal decay. At the same time, it doesn’t sound too domineering either. The scenery remains unchanged when listening to Movement by Hozier wherein, the voluminous beats at the beginning of the soundtrack can dramatically influence the track’s vocals. Thankfully, that wasn’t the case with the MTW3 which, although overturned a satisfactory ‘thump’, didn’t eat into the vocals or the high-pitch notes generated by the cymbals towards the end of the song. 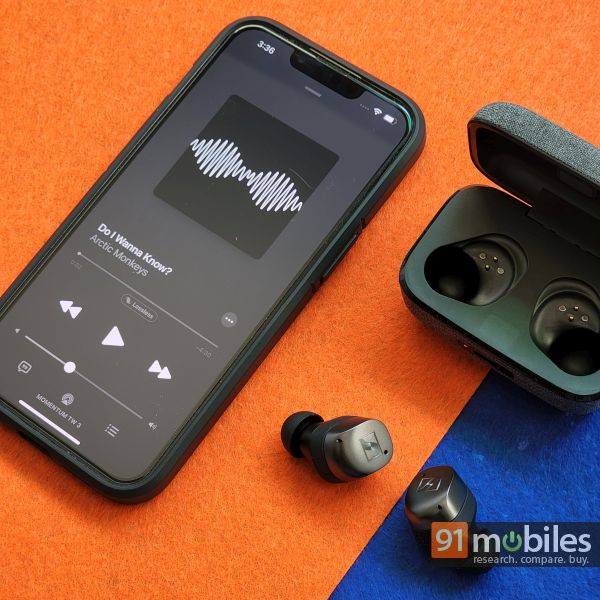 I should also add that the unit offers an expansive soundstage and excellent imaging. Consequently, you’ll be able to single out each and every instrument in a chaotic melody easily. The highs seem a bit relaxed, however, you can still enjoy songs from your favourite rock artists on the set. If anything, I feel that the earphones can’t match up to the level of detail offered by the Sony WF-1000XM4. You see, as good as aptX is, it still operates on a considerably lower bitrate than LDAC. Consequently, you’ll notice more details pouring out of the WF-1000XM4 than the Sennheiser MTW3 earphones. As for the battery backup, the Sennheiser MTW3 can last up to six hours off a single charge, with the bundled case adding around two-three more charge cycles. As such, you can go days without charging the headset.

The Sennheiser Momentum True Wireless 3 retails for Rs 21,990 and for the price, brings a lot to the table. While the pair isn’t as analytical as the WF-1000XM4, the unit still delivers a surreal audio experience. What’s more, the earphones are extremely comfortable to wear over extended periods and come with an IPX4 rating as well. It also helps that the MTW3 undercut the competition by a healthy margin. Rest assured, buyers looking to invest in a premium TWS headset will find plenty to like here.