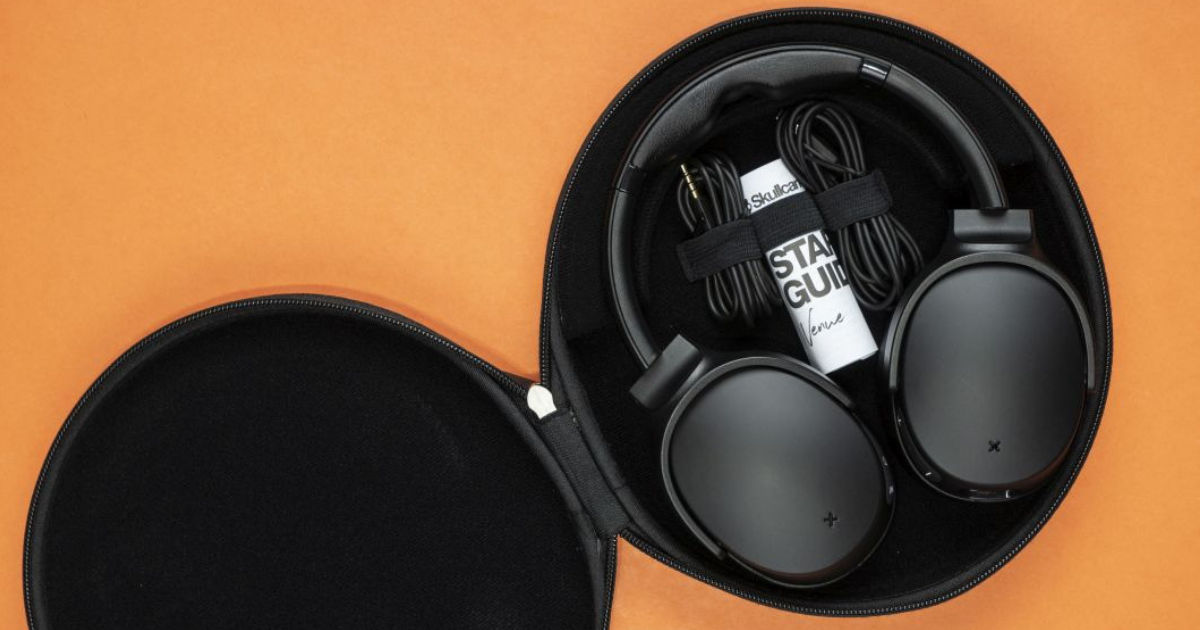 “Our two cents on Skullcandy’s first ANC headphones – the Venue”

Despite being in the audio industry for over 15 years, products from Skullcandy’s stables usually don’t figure high on recommendation lists by audiophiles. That said, I’ve been testing the company’s Skullcandy Venue headphones for a hot minute now, and I feel that the brand could be onto something here. The headphones mark a first for Skullcandy as they are the company’s first ANC headphones. More importantly, the cans boast an outstanding battery life and sound pretty good too. Unfortunately, Skullcandy did cut some corners to keep the costs down, which I’ll talk more about later. For now, let’s get on with the review of the Skullcandy Venue headphones and see if they fit your bill. 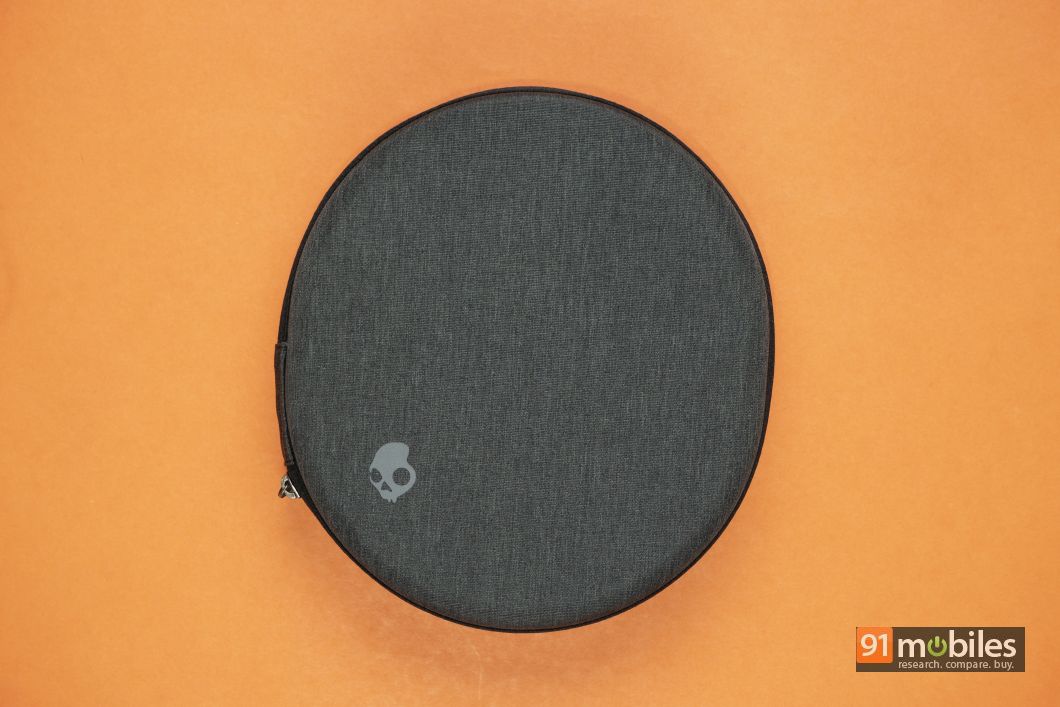 Skullcandy has taken a page out of other manufacturers design books and has styled its Venue headphones rather conservatively. For a change, you won’t find a glaring skull logo on the earcups, or an unattractive purple paint job. Instead, the Venue ships in either an all-black or an all-white colourway with a tiny, barely visible skull logo positioned on either side of the headband – it’s as if the company didn’t want anyone to know that the Venue are a pair of Skullcandy headphones. 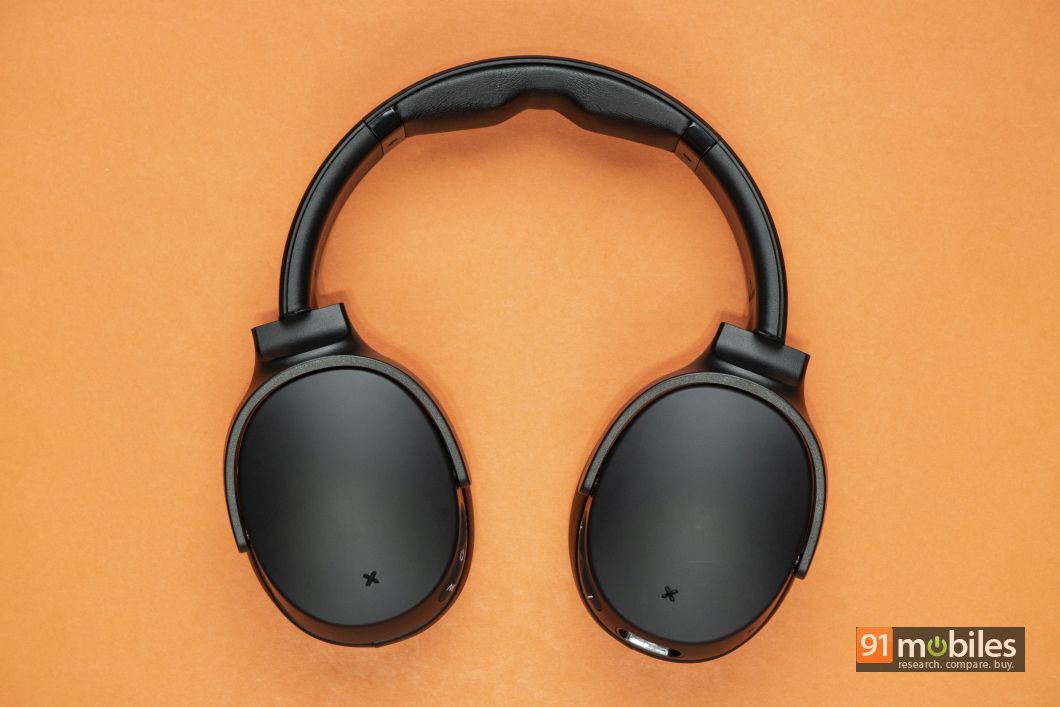 Unfortunately, as impressive as the headphones appear from a distance, the Venue’s build quality leaves a lot to be desired. For starters, the headphones have been constructed in entirety using plastic and feel flimsy to the touch. Moreover, the hinge mechanism, which connects the headband to the earcups, makes a creaking sound when you twist the earcups. Suffice it to say, the headphones don’t instil a lot of confidence in terms of build quality. 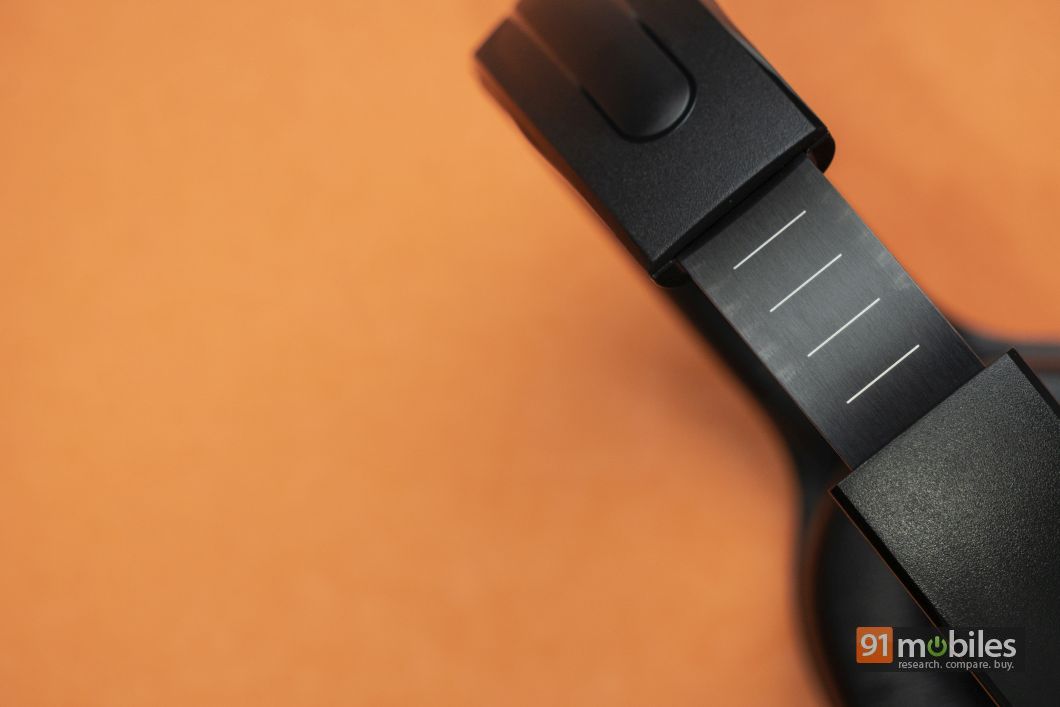 What’s more, the headphones aren’t the most comfortable pair of cans to wear over long listening sessions either. While the clamping force isn’t too tight, I would’ve preferred if the Venue shipped with slightly bigger earpads to properly envelope my ears. Moreover, the headband could’ve done with cushier padding too, as the headphones started to bite the top of my head after an hour of wearing.

As for the controls, the headphones ship with a power button and an ANC toggle on the left earcup. The right earcup houses the volume rocker and a multi-function button which can be used to skip tracks or invoke smart assistants like Cortana and Google Assistant. You’ll also find a 3.5mm headphone jack along with a micro-USB port to charge the headphones positioned on the underside of the right earcup. For headphones which cost as much as a mid-range smartphone, I would’ve liked to see the switch to a USB Type-C port. That said, the buttons felt adequately tactile and don’t sit flush with the headphone’s chassis either. Therefore, you should be able to operate the headphones based on muscle memory alone.

Before I give you my two cents on the Venue’s sound quality, let’s talk specs. The headphones in question are backed by a pair of 40mm drivers positioned inside each earcup. The Venue can operate across a frequency spectrum of 20Hz to 20KHz and carry an impedance of 32 ohms. Lastly, the headphones connect to compatible devices over Bluetooth v5.0, allowing buyers to pair the Venue to two sources simultaneously. That said, the music playback will be limited to one source at a time. 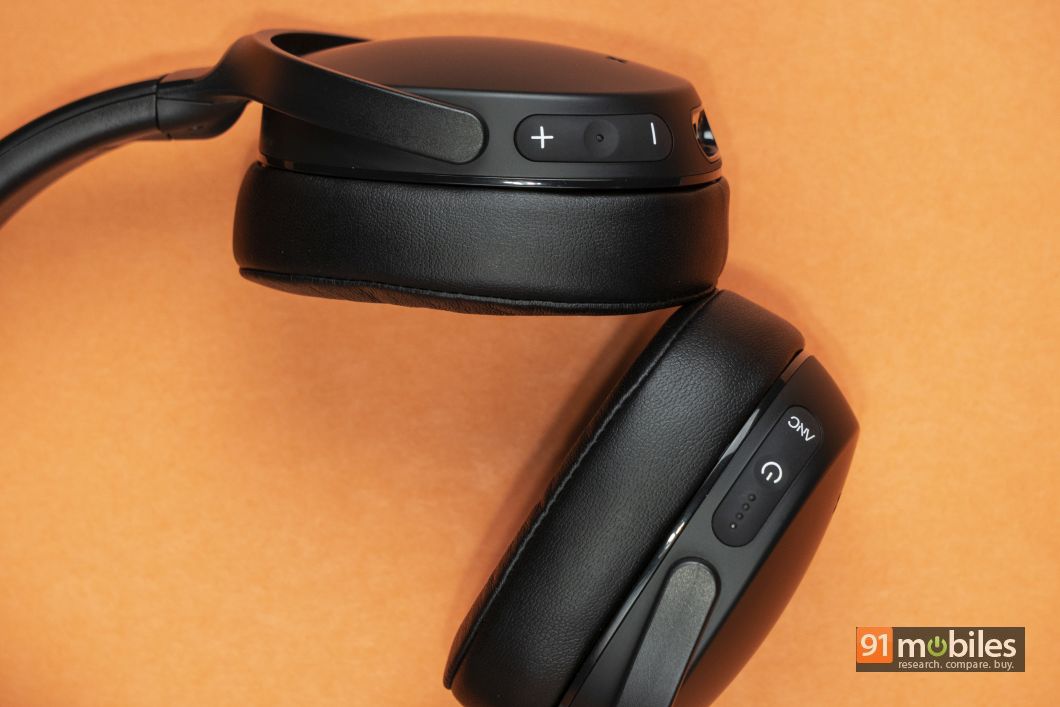 Much to my surprise, the Skullcandy Venue sounds really good. They’re certainly not the best Bluetooth headphones I’ve auditioned under Rs 20K, but the pair doesn’t sound terrible either. As is the case with most other products from the company, the Venue prefaces the low-end over other frequencies. However, this time around, the company has tweaked the bass output and therefore, instead of muddy and bloated bass, you’ll be presented with tight and explosive beats. Case in point, DJ Snake’s Taki Taki wherein, the chaotic beats sound impactful and make the earcups rumble ever so slightly without distorting or bleeding at higher volumes. 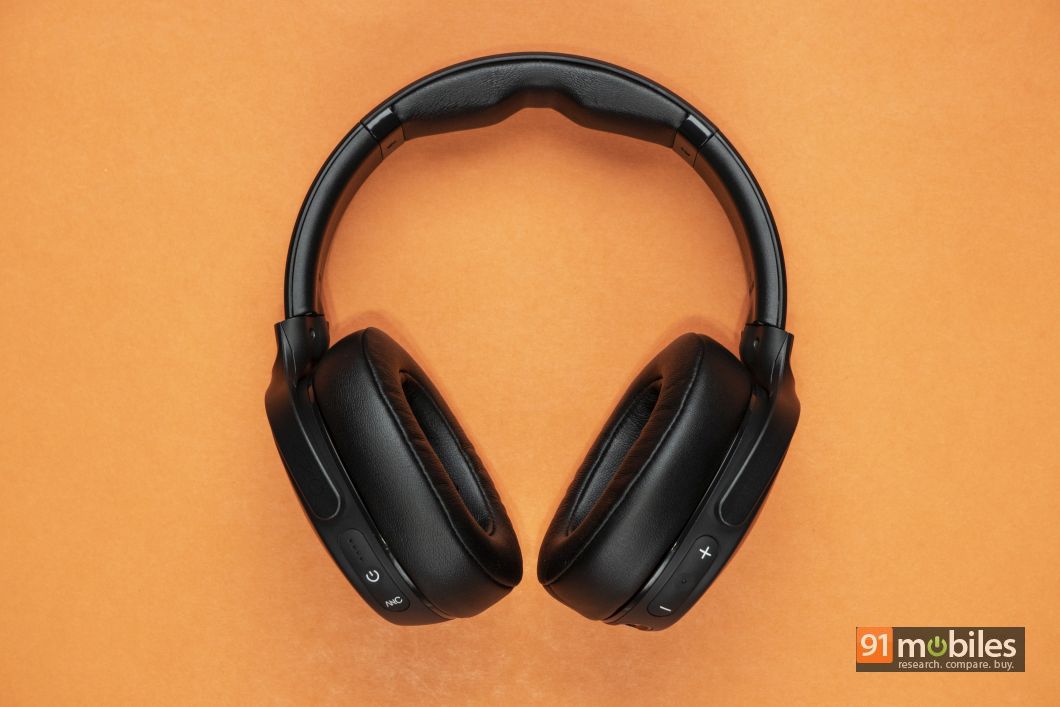 The mids sound a tad bit darker owing to the bass seeping in, but you will still be able to enjoy soothing blues and acoustic tracks with the headphones. I tested the unit with Lana Del Ray’s Mariners Apartment Complex and the headphones reciprocated the variations in the singer’s voice beautifully. There were no sudden spikes when Lana switched gears to high-pitched notes during the chorus and words ending in an ‘S’ didn’t pierce my eardrums either. What’s more, I could comfortably make out the strums from the guitar and the piano which were playing in the background, thanks in no small part to the headphone’s excellent imaging capabilities. 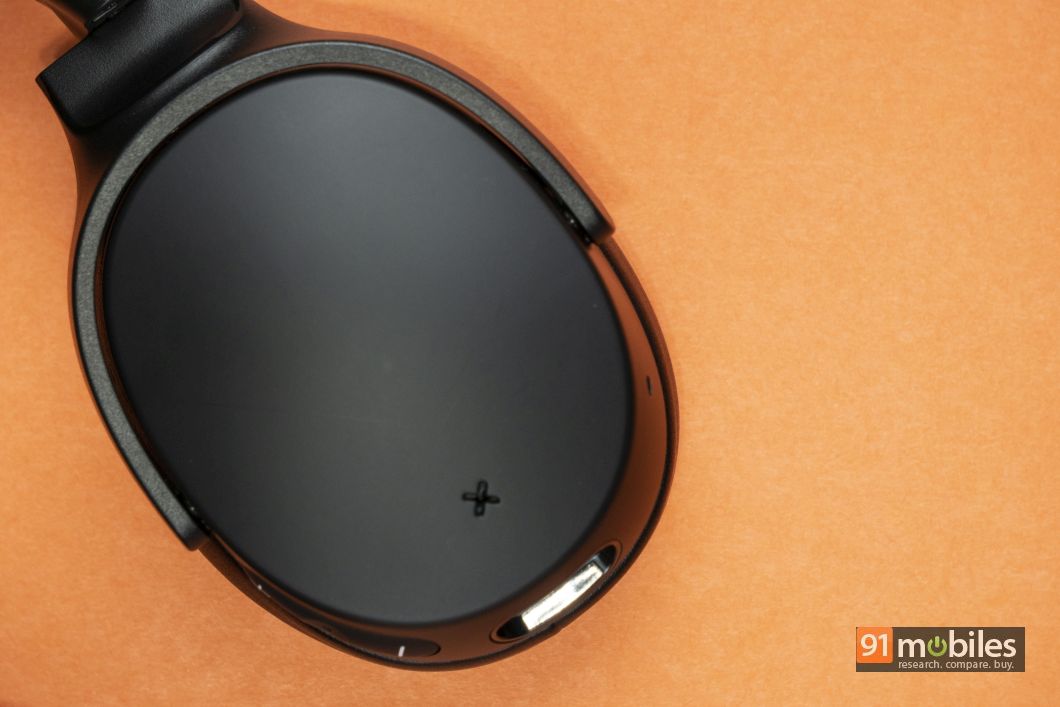 Unfortunately, the highs lack sparkle and therefore, songs from the rock genre don’t sound electrifying and energetic. You can still enjoy mind-numbing guitar melodies on the Venue, though the effect is not quite the same as what you might experience with some other high-end headphones.

The battery life is arguably the Venue’s strongest suit and the headphones comfortably meet the company’s promised 24-hour battery claim – and that’s with the ANC turned on! Therefore theoretically, you can easily stretch the battery life by a couple of hours if you choose to listen to music without ANC enabled. In practice, you will probably be better off with the feature turned on. More on that later, though. 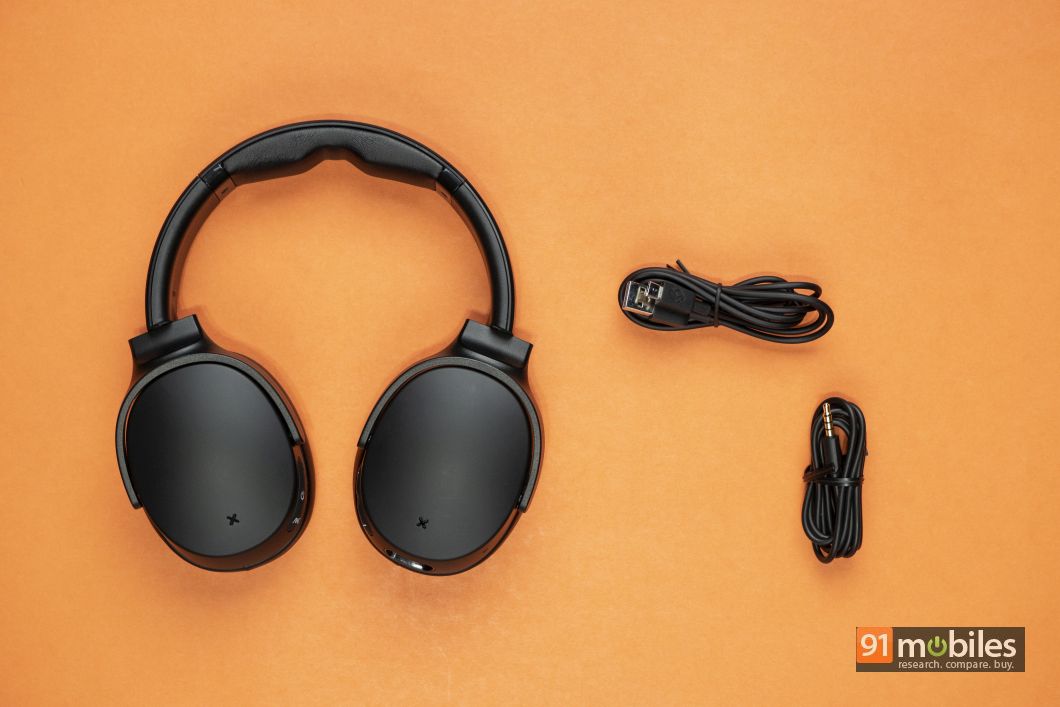 As I mentioned previously, you will still have to carry a micro-USB cable to charge the unit, but the Venue’ somewhat redeems itself by offering a five-hour music playback off a 10-minute top-up. In a nutshell, if you were in the market for a pair of cans with exceptional battery life, then the Skullcandy Venue makes a strong case for itself.

ANC and other features

I’ll cut straight to the chase here – the Skullcandy Venue is average at best at cancelling out environmental noise. While the headphones can comfortably drown the noise from a computer’s fan or a vehicle’s engine, it struggles to tackle more erratic frequencies, such as the sound of a crying baby. Simply put, the headphones will never cancel out the noise completely and give you pin drop silence, akin to a Bose or a Sony. However, they will dampen it to an extent that it won’t bother you anymore. 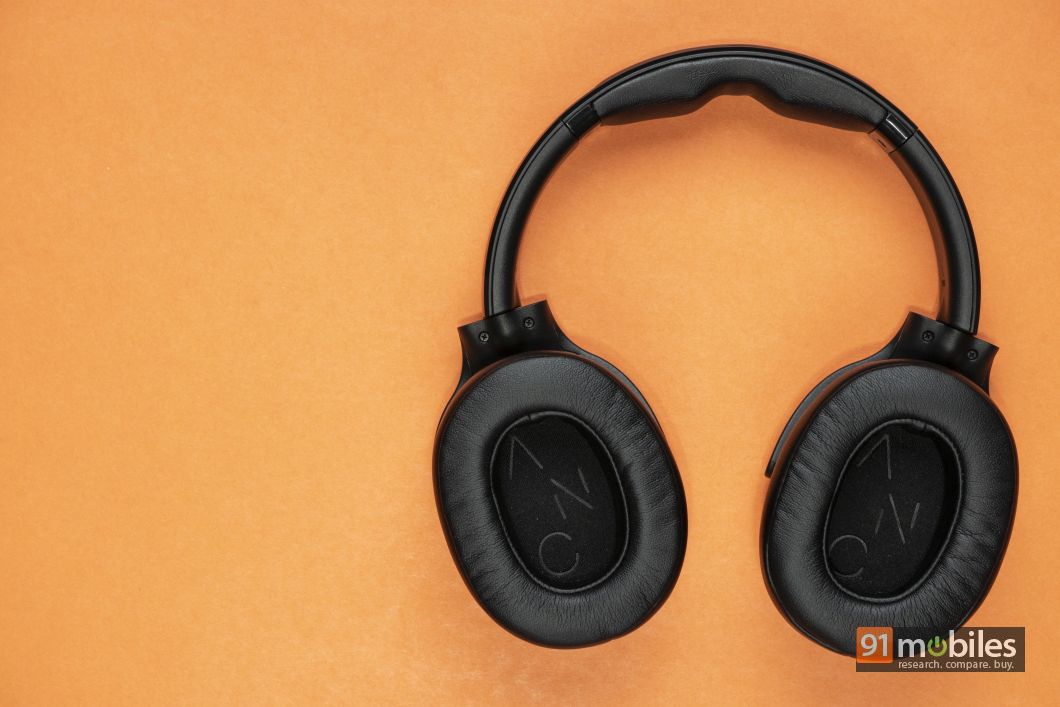 That being said, I noticed a weird bug with my review unit of the Skullcandy Venue. Whenever I switched the headphone’s ANC off, the maximum volume level of the unit would drop by almost fifty percent. Therefore, I was forced to use the unit with the ANC turned on which in turn derailed my hopes of going a month without having to charge the headphones.

On the bright side, you’ll never lose track of your headphones as it comes with Tile technology baked in. To find your headphones, download the Tile app from the Play store or iTunes and register your unit of the Skullcandy Venue in the app. Then, you can use the app to invoke a chime from the headphones should you misplace them and even track the headset’s last known location from within the app.

For its asking price of Rs 18,999, the Skullcandy Venue faces stiff competition from some notable players in the industry. For starters, the headphones aren’t the cheapest in the market to ship with ANC and buyers could instead opt for Sennheiser’s HD4.5BTNC headphones (review), which too come with ANC, albeit aren’t as much fun to listen to.

On the other hand, if you aren’t too fussed over wires, then Bose’s now discounted QC25 is a stellar deal too, which offers a much more comfortable design and superior ANC capabilities than Skullcandy’s offering.

Lastly, if you don’t care much for noise cancellation, then I’d urge you to pick up V-Moda’s Crossfade Wireless headphones, which retail for the same price as the Skullcandy Venue, albeit sound significantly better and are built like a tank.

Skullcandy’s Venue certainly have a lot of things going for it and the headphones offer a fun sound signature, boast a long-lasting battery life and come bundled with Tile’s tracking tech baked-in. Unfortunately, the headphone’s USP, which is its ability to cancel out ambient noise fails to impress and the build quality doesn’t live up to the expectations. 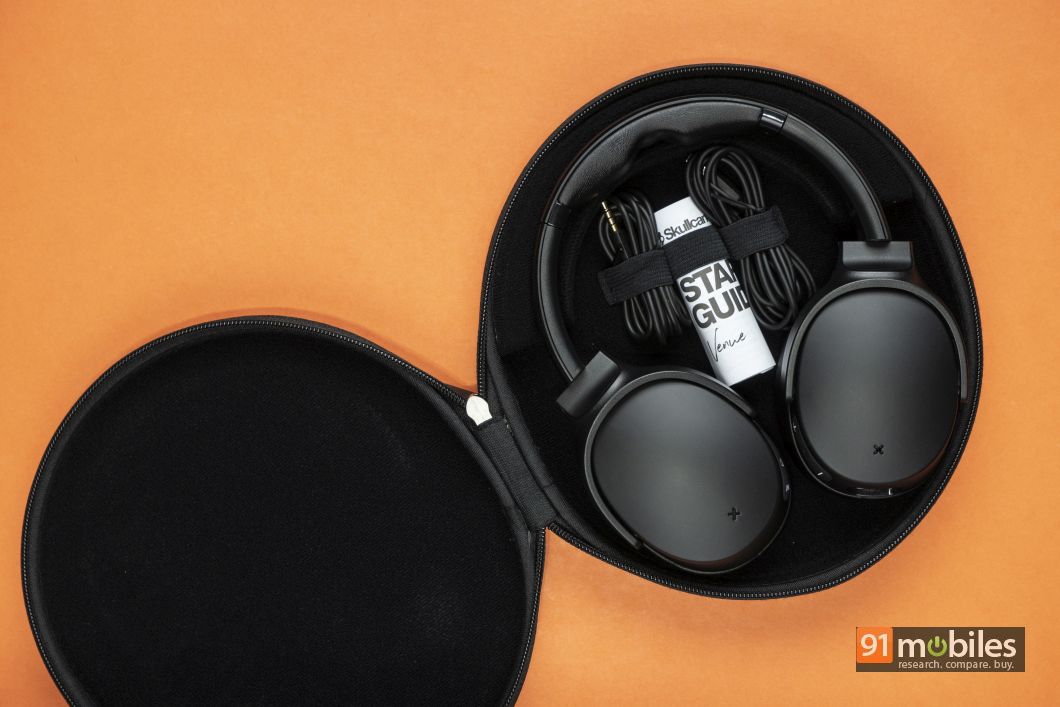 That being said, for all its flaws, Skullcandy’s Venue is quite possibly the best pair of headphones from the company’s stables. Unfortunately, the headphones retail in an extremely competitive segment where buyers are spoilt for choices. Therefore, in conclusion, I’d reckon buyers should sit this one out and wait for the second-gen Venue headphones.