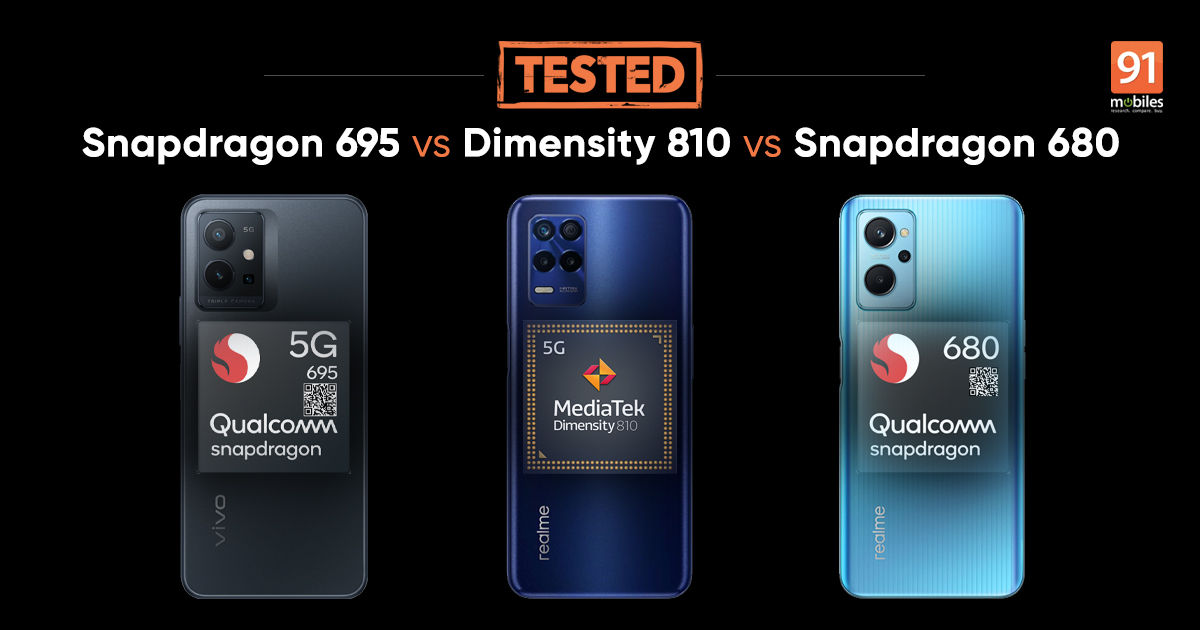 Qualcomm seems to have struck a chord with smartphone vendors and the company’s Snapdragon 6xx platform has become a hot property under the Rs 20K segment once again. I am, of course, talking about the recently-launched Qualcomm Snapdragon 680 and 695 mobile chipsets that have made their way to numerous phones, including the recently-launched Vivo T1 5G and the Realme 9i (review), and are sure to be utilised by quite a few upcoming ones as well. 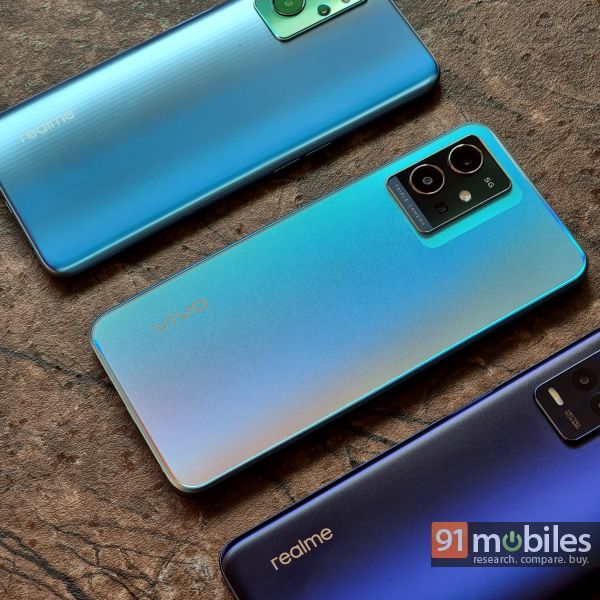 Unsurprisingly, a lot of consumers are on the fence about the newer SoCs performance chops, given how MediaTek has enticing offerings in the same segment. So then, today, let’s pit Qualcomm’s latest against the Dimensity 810 SoC to see which platform offers you the best performance.

Benchmarks seldom tell the whole story, however, they can give you a good indication of a device’s performance. So, let’s kick things off by taking a closer look at our contenders’ GeekBench scores. Admittedly, Qualcomm’s Snapdragon 695 SoC backing Vivo’s T1 5G smartphone outputted slightly stronger numbers than its MediaTek counterpart.

To wit, the Vivo T1’s SD695 yielded a higher single-core score and netted 650 points. Furthermore, the device’s multi-core score was on par with the competition, with the phone securing 1,745 points. On the flip side, the Dimensity 810 SoC toting Realme 8S (review) scored 549 and 1,791 points respectively. As for the Realme 9i, the device’s Snapdragon 680 SoC outputted the lowest numbers and secured 375 and 1,508 points.

Moving on, let’s take a closer look at the devices Antutu scores. Here, the Vivo T1 5G managed to secure a whopping 4,04,558 points, with the Realme 8S and the Realme 9i trailing behind with 3,88,133 and 2,74,811 points respectively. Clearly, Snapdragon 695 SoC’s Kryo 660 CPU is better equipped to tackle benchmarks and other strenuous tasks. That said, the MediaTek Dimensity 810 chipset is hot on Qualcomm’s tail too, so let’s see if it manages to snag the lead in the gaming department.

Understandably, a lot of users might want to play games / multitask on their devices for extended periods. To that note, it’s important to see how well our contenders perform under sustained workloads. That’s where the CPU throttling test comes into play, which burdens the CPU with a multi-threaded workload for a given duration (30 minutes, in our case). Here, the Snapdragon 695 SoC-backed Vivo T1 5G managed to cause an upset to its rivals yet again and the device throttled to just 85 percent of its peak performance. Quite frankly, I’ve seen other SD 695 phones perform admirably in CPU throttling tests too. Case in point, the Moto G71 5G (review), which throttled to just 91 percent of its peak performance. Rest assured, SD695 can certainly hold its own under continuous workloads.

That said, the MediaTek Dimensity 810 SoC is no slouch either and the device throttled to just 83 percent of its peak performance. Interestingly, the SoC outputted greater instructions per cycle during the interim of the test and the Realme 8s 5G maxed out at 2,03,141 GIPS. On the flip side, the Vivo T1 5G plateaued at just 1,71,506 GIPS. That’s partly why the smartphone throttled less – after all, the processor wasn’t churning out as many instructions per cycle as the competition. As for the Realme 9i, the smartphone throttled to just 86 percent of its peak performance, with the device maxing out at 1,69,857 GIPS. 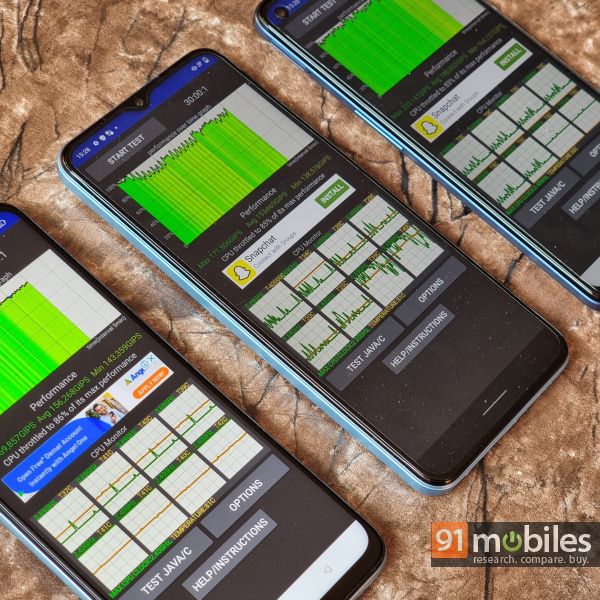 Understandably, the CPU throttling test scores should be taken with a pinch of salt. After all, smartphones come in all shapes and sizes and you might stumble upon an SD695-powered phone with a superbly sleek chassis that doesn’t dissipate heat as well as the Vivo T1 5G’s frame.

I had high hopes for the Dimensity 810 SoC in the gaming department, however, the Realme 8S didn’t quite live up to my expectations. To be clear, I didn’t come across any noticeable frame drops on the phone, but the SoC’s GPU couldn’t run the games at competitive graphics and FPS settings. In BGMI, the Dimensity 810 SoC maxed out at HD graphics and High frame rate presets. Correspondingly, even with the graphics settings set to “Smooth”, I could only select “Ultra” or 45FPS preset on the phone. Turn the page over to CoD Mobile and the scenery takes a turn for the worse, with the game maxing out at Medium Graphics and High FPS presets.

Evidently, the Snapdragon 695 processor seems to be a godsend for buyers looking for a smartphone under Rs 20K. Not only does the SoC bench higher than the popular MediaTek Dimensity 810 SoC, but the unit’s Adreno 619 GPU is more proficient at gaming too. Between the Dimensity 810 and the Snapdragon 680 SoC however, I will have to side with MediaTek’s offering. While the SoC doesn’t run CoD Mobile at comparable settings, the chipset blew Qualcomm’s offering out of the water in synthetic tests. What’s more, the platform also offered a better gaming experience in BGMI.

That wraps up our in-depth performance comparison between three of the most popular mobile processors under Rs 20K. Do let us know in the comments below as to which SoC you’d prefer and for everything tech, stay glued to our blog.