In all my years of working at 91mobiles, I’ve never had as many smartphones to review as I’ve had this year. I believe that the sheer volume of devices launched this year is a direct consequence of the ongoing battle to stay relevant in the smartphone industry in India. Manufacturers, especially Chinese OEMs, are constantly trying to one-up the competition by launching one device after another, which although presents a healthy number of options to the buyer, also leaves little room for innovation. 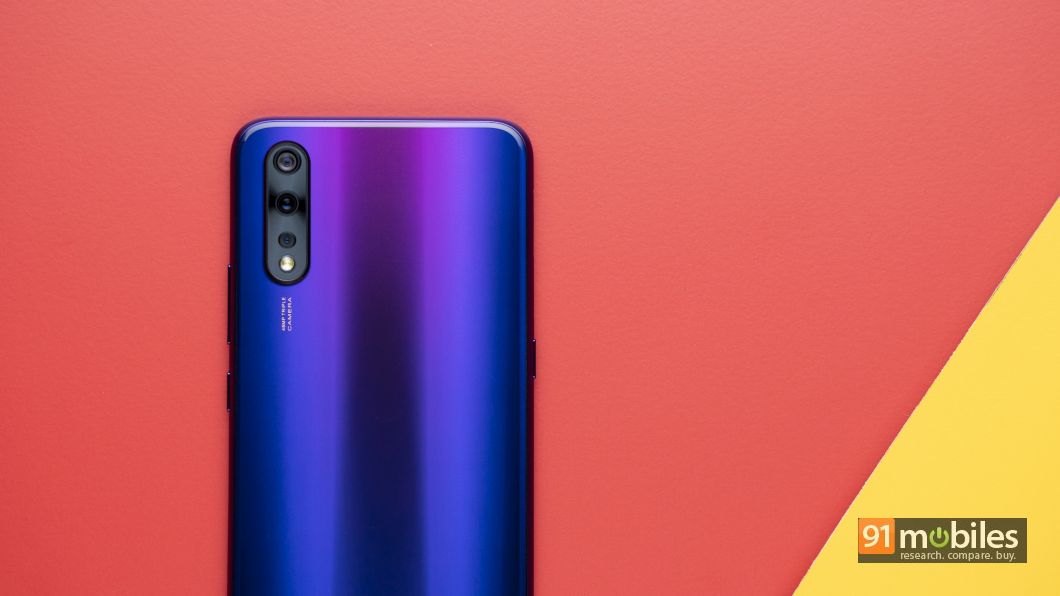 Case in point, Vivo’s recently launched Z1X smartphone, which brings marginal improvements over the company’s Z1 Pro launched a while back. Consequently, if you’d like to know just how good the new phone is, and the improvements it brings over its predecessor, read on.

The Vivo Z1X is to the Z1 Pro, what Samsung’s latest Note 10 line is to the company’s Galaxy S10 series – a slightly boxier, flatter device which follows more or less the same design ethos. Let’s start with the back of the phone, which features a stunning gradient finish exhibiting different shades of purple and blue. Now, it’s not a game-changer and you’ll find a similar print on the back of most, if not all affordable handsets these days. However, it does accentuate the overall look of the Z1X and the phone did catch the eye of several people when I was using it outdoors. 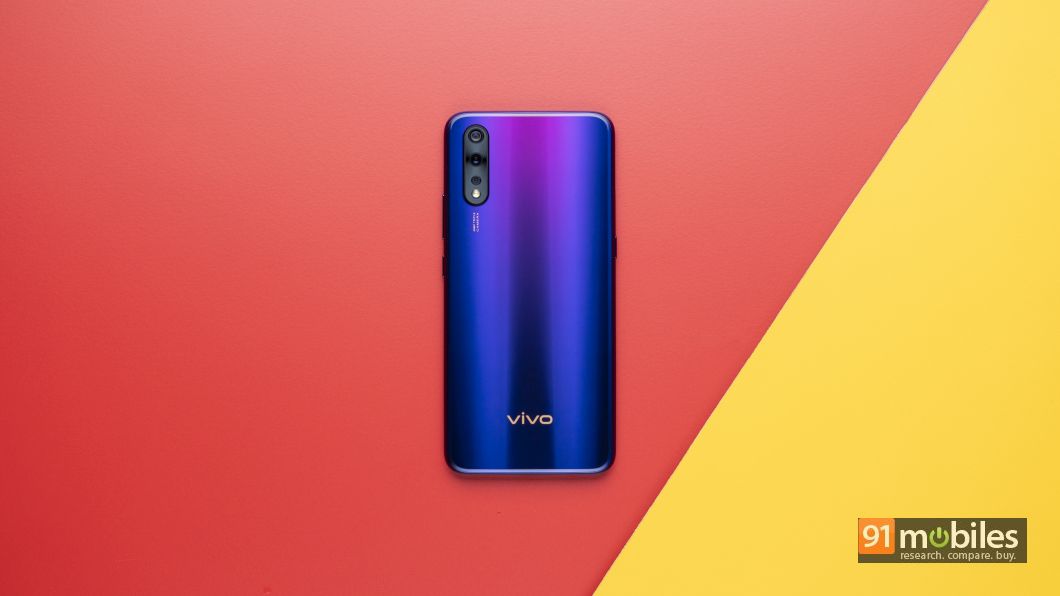 What’s more, the company even addressed my only gripe with the design of the Z1 Pro and has outfitted the newer model with a USB Type-C port. Not only does that pave way for faster charging standards, but it also allows you to transfer data quickly owing to significantly higher bandwidth. Thankfully, the brand has retained the headphone jack with its latest model too, meaning you should be able to connect just about any pair of 3.5mm earphones you had lying around. 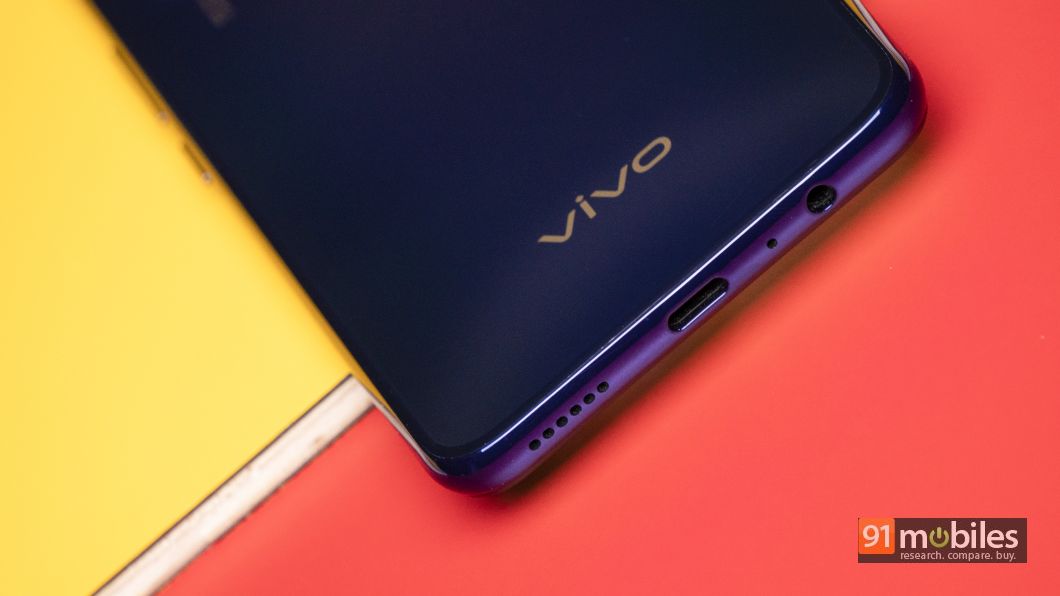 Unlike the Z1 Pro, the Z1X doesn’t ship with a capacitive fingerprint sensor and instead, offers an in-display unit. Usually, I’d make a case in favour of a physical sensor as its more reliable, but the in-display one on the Z1X is remarkable – it’s quick to register fingerprints and extremely snappy too. Moreover, unlike its predecessor, I didn’t have to lift the Z1X and could unlock it even when the phone was sitting on my desk. Moreover, as is the case with most modern smartphones, you do get face unlock with the device which, once again, is superbly quick to unlock the phone. 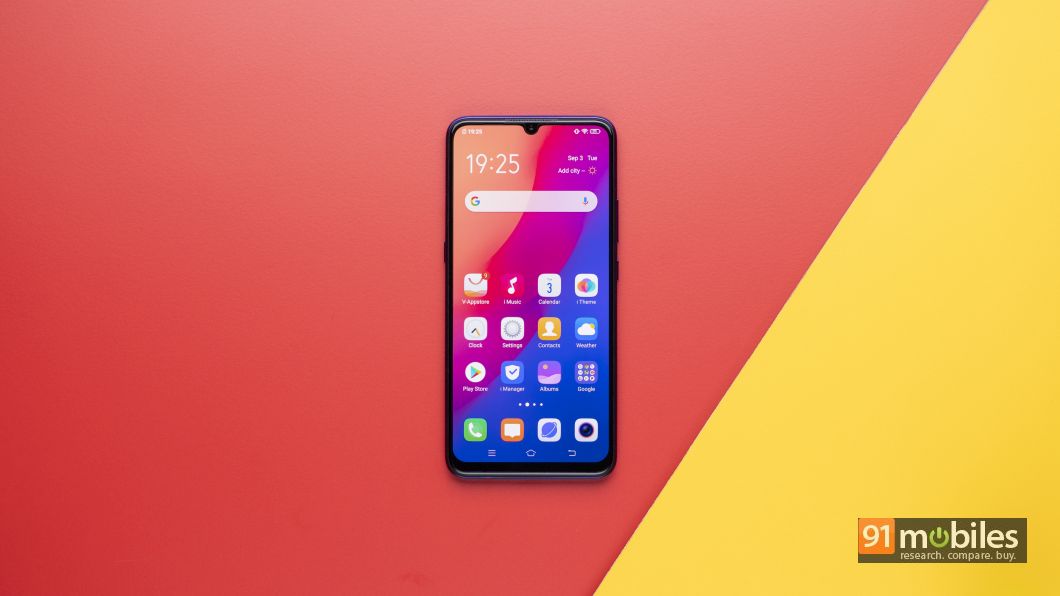 Now, the phone doesn’t ship with a pop-up selfie camera, but if you prefer function over style, then the Z1X is where your money’s at – it’ll be more durable and rugged down the line, and it features quicker face unlock to boot too.

As for the display, the Z1X trades its predecessor’s IPS panel for a 6.3-inch Super AMOLED screen. The display is plenty bright and sharp for day to day usage, as it packs in full HD+ resolution. Moreover, the panel exhibits punchy, eye-pleasing colours too, allowing you to enjoy your favourite shows and movies to the fullest. 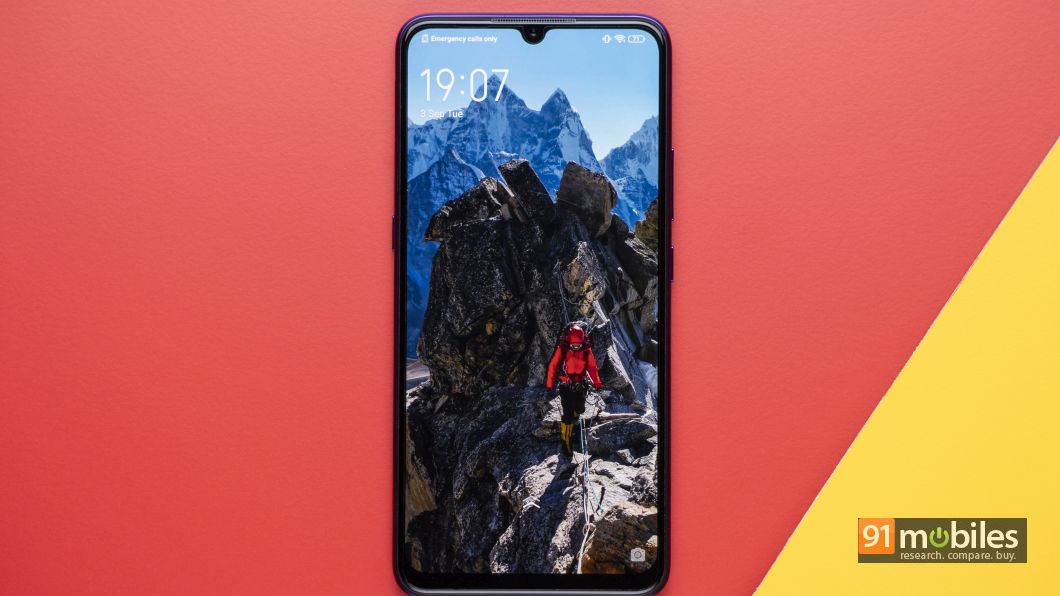 On the flip side, the panel ships with a waterdrop notch as opposed to a punch hole on the Z1 Pro, which may or may not be to your liking. In my opinion, the waterdrop notch looks nicer, as it is positioned centrally and therefore, doesn’t eat up crucial space in the notifications shade. 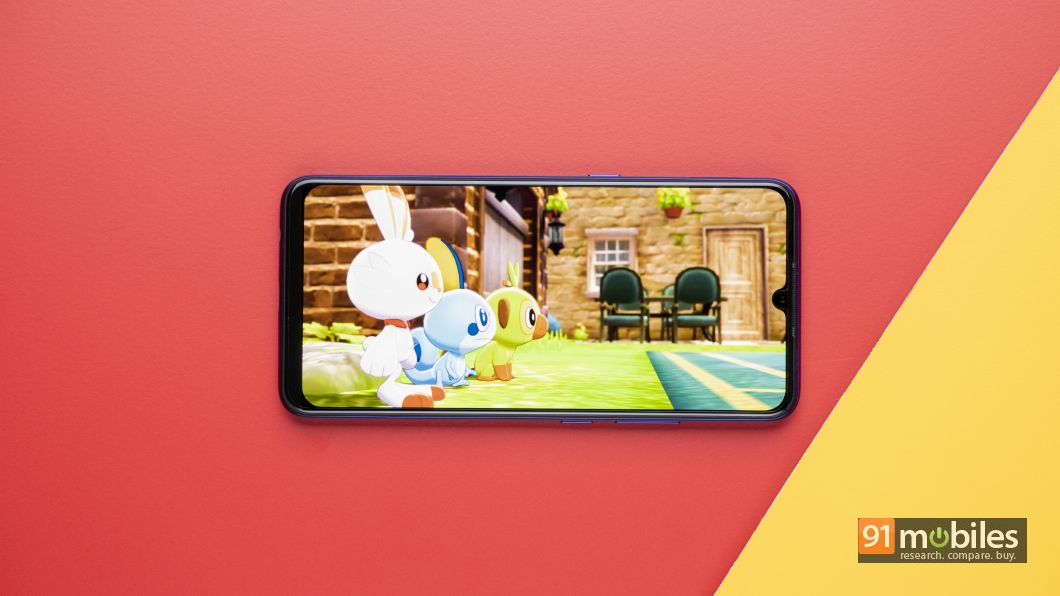 I’d also like to add that the display on the Z1X is Widevine L1 certified, so you should be able to play HD content from your preferred streaming services too. All in all, the Z1X offers a polished design, and a gorgeous display, so let’s move on to the camera section now.

Much like the Z1 Pro, the Z1X sports a triple camera setup on the back. However, the company has furnished the newer model with a 48MP Sony IMX 582 primary camera, which is accompanied by an 8MP wide-angle lens and a 5MP depth shooter. For selfies, the smartphone features the same 32MP unit which made its debut on the Z1 Pro. I’ve been testing the Z1X’s camera alongside the Z1 Pro across a variety of scenarios and if you were dillydallying between buying one or the other, then you’ll undoubtedly be more impressed with the former’s camera prowess. That said, the difference between the two device’s imaging capabilities isn’t night and day, and it mostly boils down to the Z1X’s superior colour science. I’ve elaborated on my experience with the handset’s cameras below.

1 – The Vivo Z1X clicks stunning photos during the day, which at times even rival shots from much costlier devices. The colours in the photos look vibrant and the dynamic range is spot on too, allowing you to capture scenic sunsets and thunderous skies in all their glory. Furthermore, I seldom had to expose an image manually as even under the harsh Delhi sun, the Z1X captured photos with no highlight clipping or blown out areas.

2 – The Z1X’s wide-angle sensor is pretty solid for the most part too, as it allows you to capture more of the scene in a shot without having to change your position. Unfortunately, I noticed that while the elements towards the centre of the photo retained their sharpness, the objects near the corners were distorted and blurred. 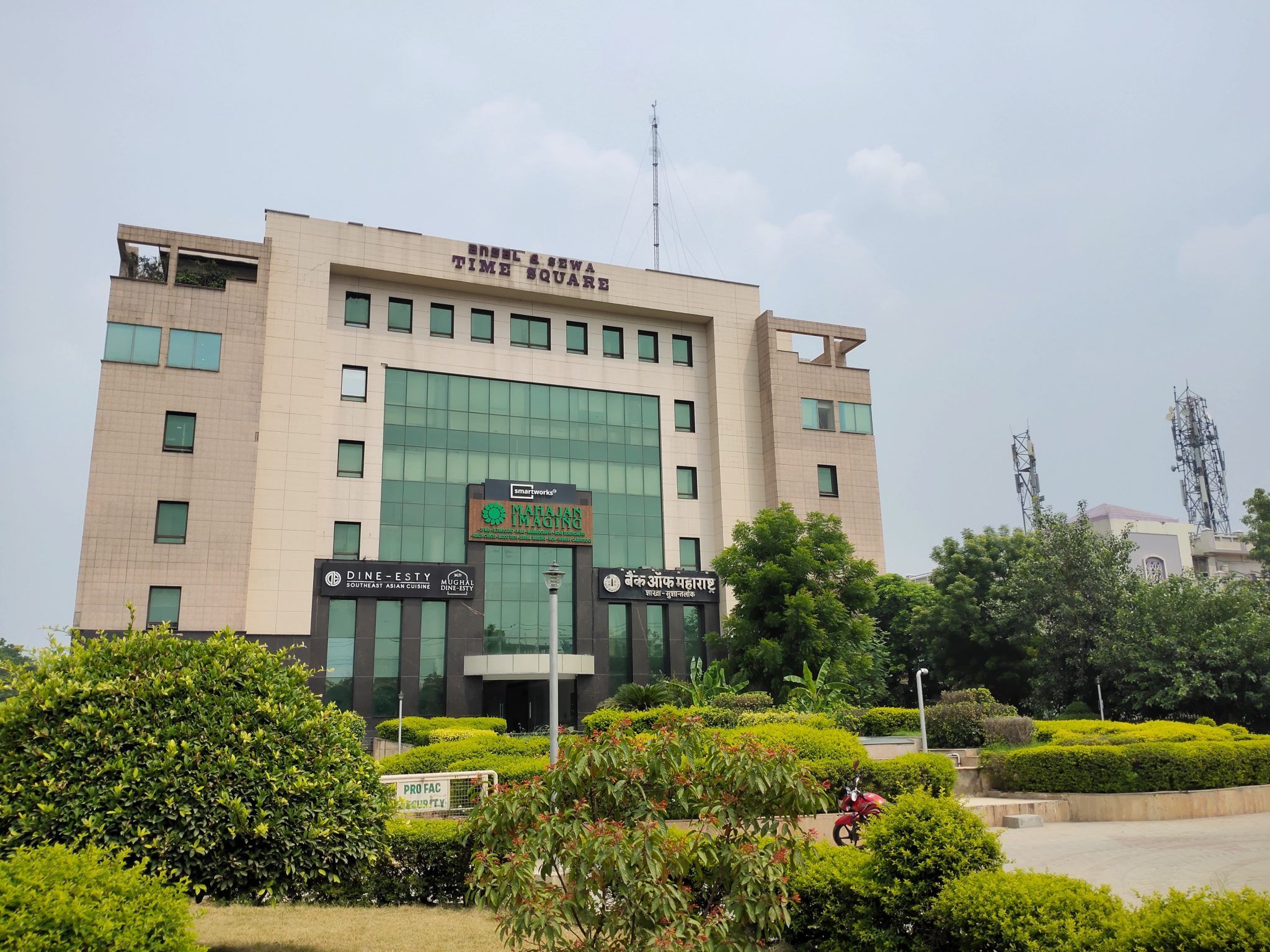 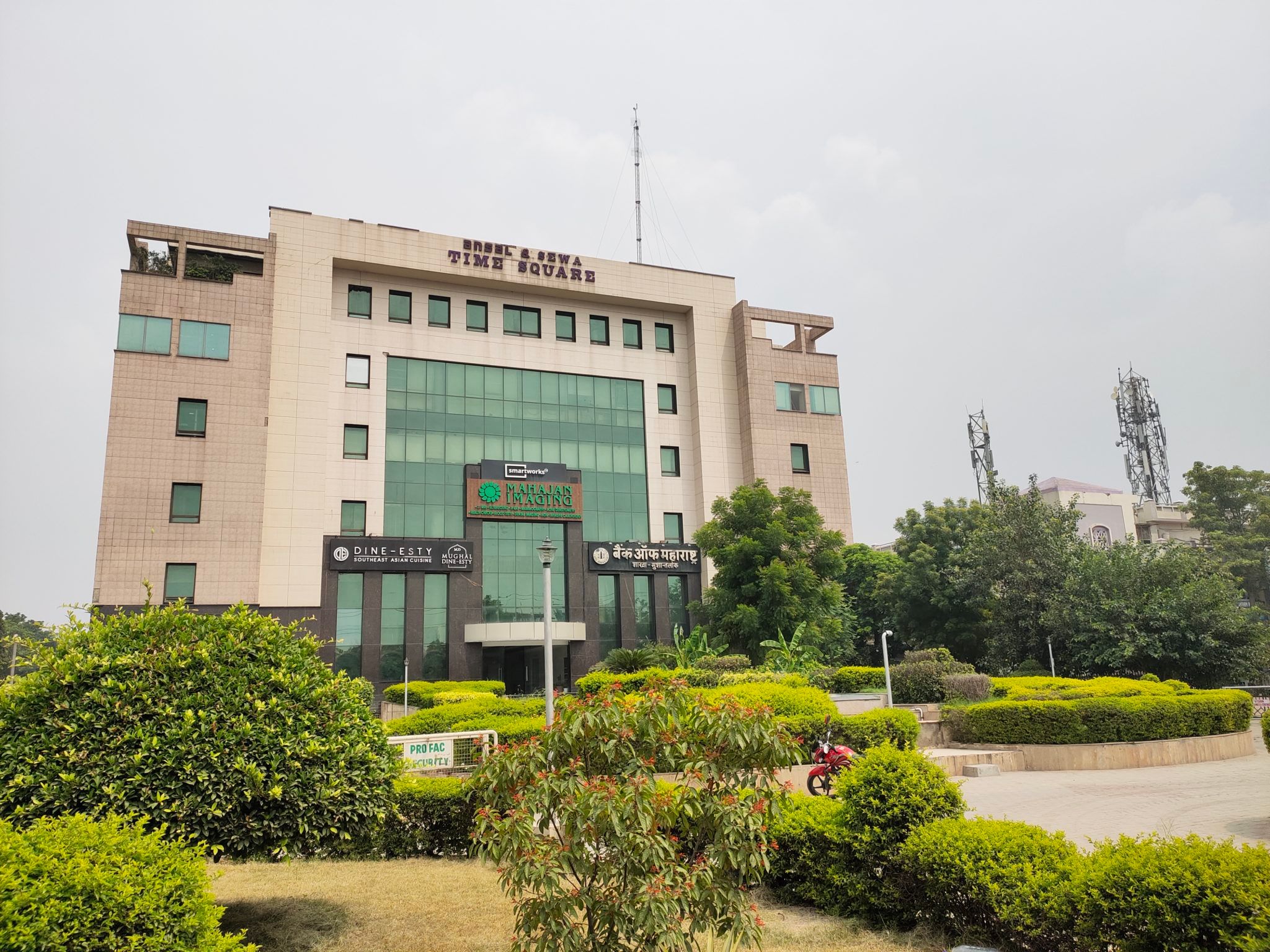 3 – When compared to its predecessor, the Z1X clicks photos with a cooler colour temperature, whereas the Z1 Pro sways in favour of warmer tones. Correspondingly, you’ll find an orangish tint in photos taken with the Z1 Pro, and a bluish tint in shots from the Z1X. I’d also like to point out that the Z1X’s images come out a tad bit sharper, which is evident in the shot of my office building wherein, you’ll notice that the red flowers and the bushes retain their shape even after zooming in considerably.

4 – As for portrait images, the Z1X is about as good as any other device in the affordable segment right now. The handset creates a convincing bokeh effect around the subject albeit struggles to blur chaotic backgrounds consistently. Case in point, my portrait near a tree wherein, you’ll notice that the leaves closest to my ears are still in focus. 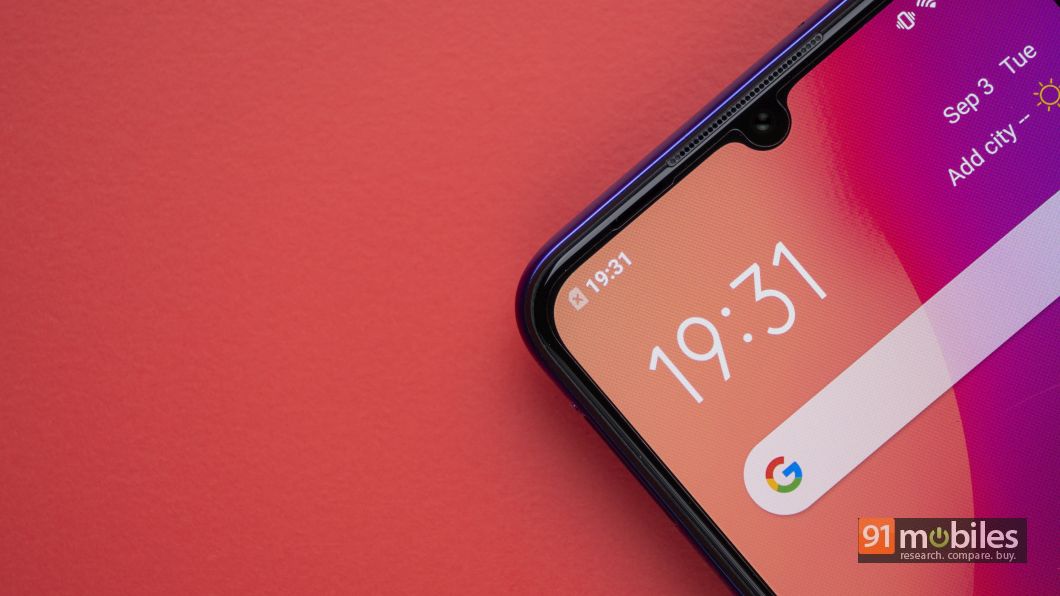 5 – The Vivo Z1X is quite handy when clicking lowlight images too. Thanks to the handset’s dedicated night mode, the smartphone brings out the details from the shadows and keeps the noise to a minimum too.

6 – As for selfies, the Vivo Z1X is among the best selfie shooters under Rs 20K right now. The device’s 32MP sensor clicks aesthetically pleasing photos, and the bundled screen-flash technology helps capture a serviceable photo even when it’s dark. That said, I would’ve liked if the company allowed buyers to turn off the beauty mode with the tap of a button. As it stands, you’ll have to manually turn off / tone down settings like ‘slim face’ and ‘whitening’ which is quite cumbersome.

Much like the Vivo Z1 Pro, the Vivo Z1X also ships with Qualcomm’s Snapdragon 712 processor which has been mated to 6GB of RAM and 128GB of built-in, user-expandable storage. Correspondingly, you’ll find that both the phones offer similar performance to boot, and are a tad bit quicker than competing devices featuring Qualcomm’s Snapdragon 710 SoC. During my time with the phone, I didn’t come across any instances of lag or stutter with the device. 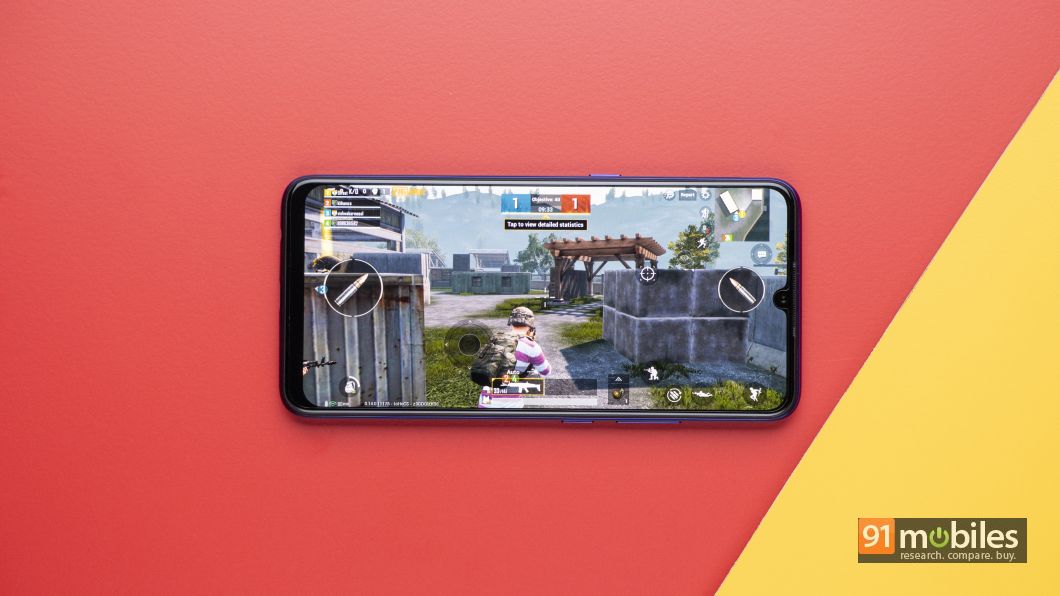 App opening times were quick, and the device comfortably held half a dozen apps in memory too. I was greatly impressed with the handset’s gaming performance too, as I could run intensive titles like PUBG at medium to high graphics settings and achieve playable frame rates. 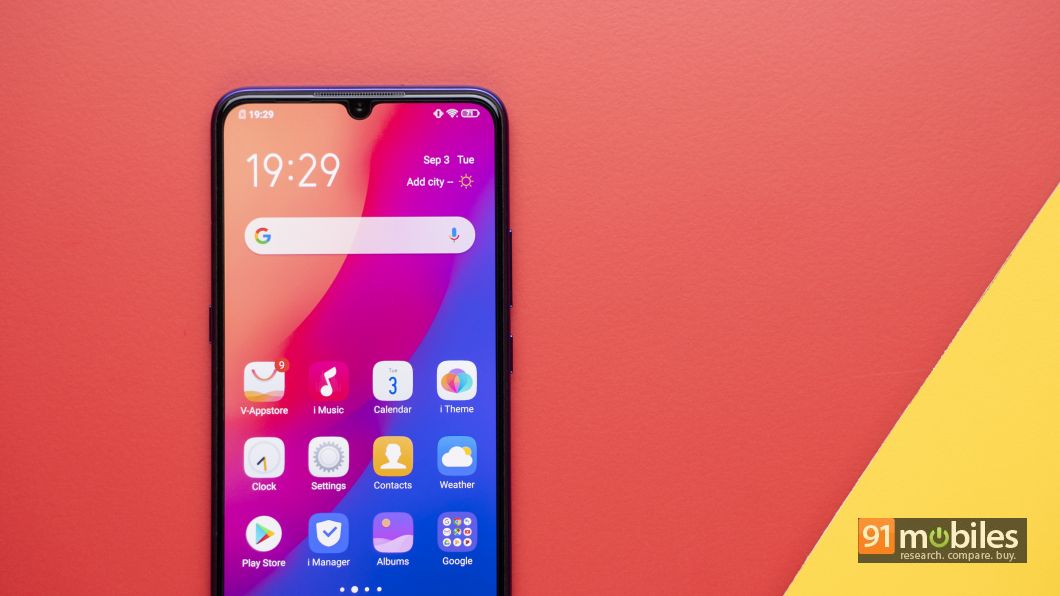 As for software, the smartphone boots the company’s FunTouch OS v9, which is a custom skin based on Android Pie. Now, I won’t dwell into the nitty-gritty of the custom skin as our Vivo Z1 Pro review has all the details. Therefore, if you’d like to know more about the proprietary skin, make sure to check that review out. 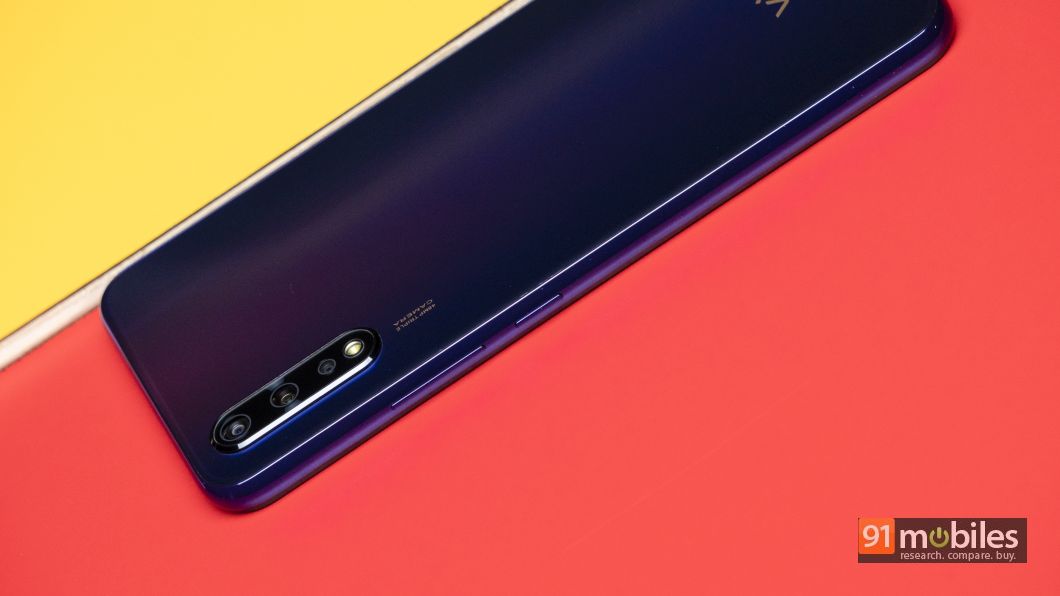 If you ask me, then the standout feature of the Vivo Z1 Pro wasn’t its processor or its camera setup, but its beefy 5,000mAh battery which during our testing, lasted over two days on moderate usage. The Z1X, on the other hand, ships with a relatively smaller 4,500mAh cell but it still manages to outlast most competing devices in its price range. In fact, I could easily get through a full day with the smartphone, with my usage including playing a couple of games of PUBG, browsing the interwebs for memes, listening to music and watching videos on my commute back home. Despite using the phone intensively throughout the day, I never had to plug the Z1X to a power plug before I hit the bed. To give you a better picture, the smartphone lasted 18 hours in our battery drain test, which is a phenomenal result.

So, to summarise, the Vivo Z1X sports an elegant design, is packed with powerful specs, offers reliable cameras and, offers long-lasting battery life. That said, the handset isn’t a huge upgrade over the Z1 Pro which offers the same performance along with better battery life to boot. Therefore, if you’re looking the best bang for your buck phone, then the Z1 Pro undoubtedly gets my vote. 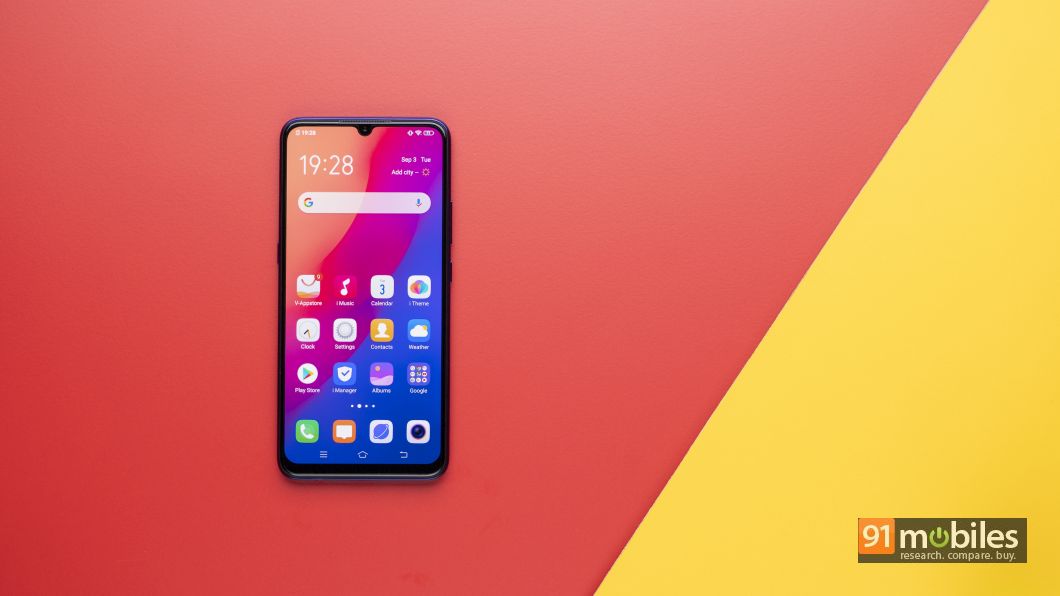 However, if you want a slightly better photography experience, and are a sucker for all things USB Type-C, then the Z1X might be just what you’re in the market for.