Raise your hands if you’ve ever misplaced a key or a forgotten where you kept that purse, and then spent a lot of time looking? Technology’s answer to this is a Bluetooth tracker, and they’ve been around for a while. But now that Apple has jumped into the game, it definitely deserves a closer look. Enter AirTag, a small, shiny button that you can use to ‘tag’ anything important, and track it using your iPhone in case you lose it. 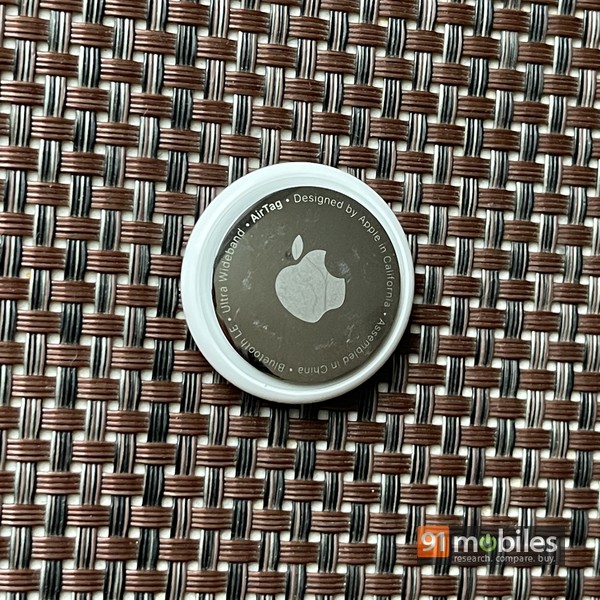 By tagging, I mean you can attach an AirTag to, say your car key… except the fact that Apple forgot to put in a lanyard hole. Enter AirTag Leather Key Ring. How about attaching one with your backpack? Enter AirTag Loop. These are pricey accessories, costing as much as an AirTag itself. Thankfully though, you can find lots of third-party ones for cheap online, though you should note that those can’t really match the quality, fit and finish of the Apple-branded ones. 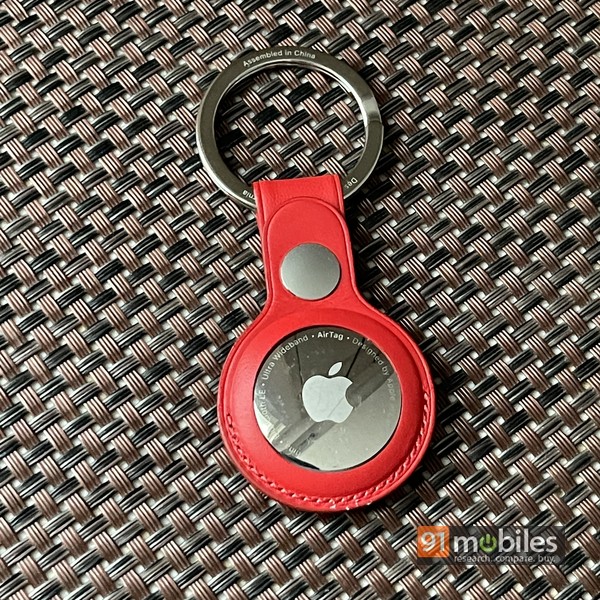 Coming back to the AirTag, the glossy button is powered by a 2032 coin battery, which should last up to a year, as per Apple. The shiny surface is easy to scratch, but the tiny device weighs just 11 grams and is IP67 rated too. Setting up an AirTag is simpler than blinking your eyes and almost as fast. 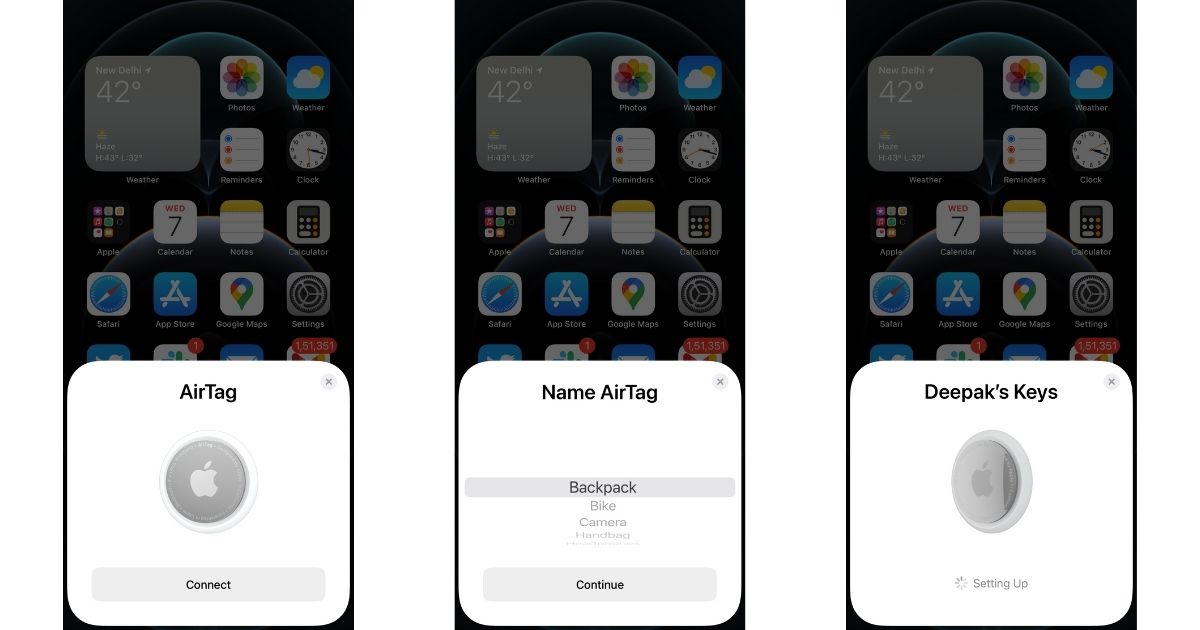 Just pull out the plastic tag from a new AirTag and bring it close to an iPhone, and boom – you should see a pop up on your phone to set it up. You can go ahead and assign it a name, like Tom, Dick, Harry, or to keep things straightforward, car keys, backpack, or handbag… you get the drift. After that, you can use the Find My app on your iPhone to trace its location. 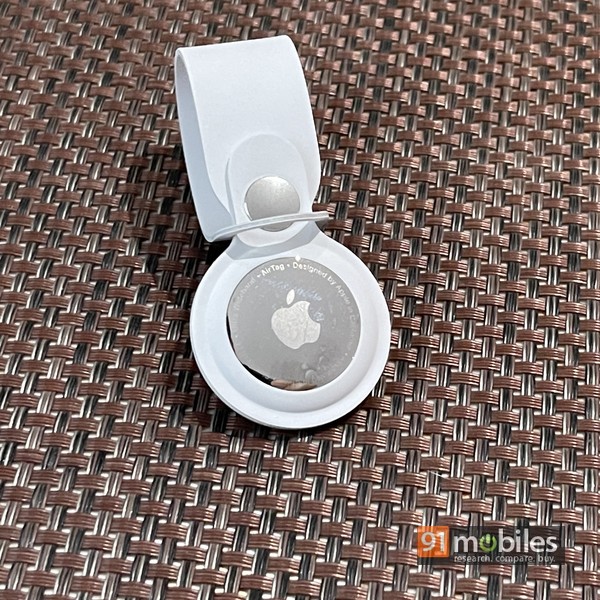 The AirTag works within Bluetooth range, so it’s easy to track it within the house. Thanks to its Ultra Wideband chip that enables Precision Finding with iPhone 11 and later, the Find My app will lead you straight to the AirTag (or the item it’s attached to). The AirTag has a tiny speaker too, and you can make it beep from the app so you can use sound to trace the location. However, the sound it emits isn’t too loud, and while it can be heard in a quiet room from a close distance, it can’t really be heard in noisier locations. 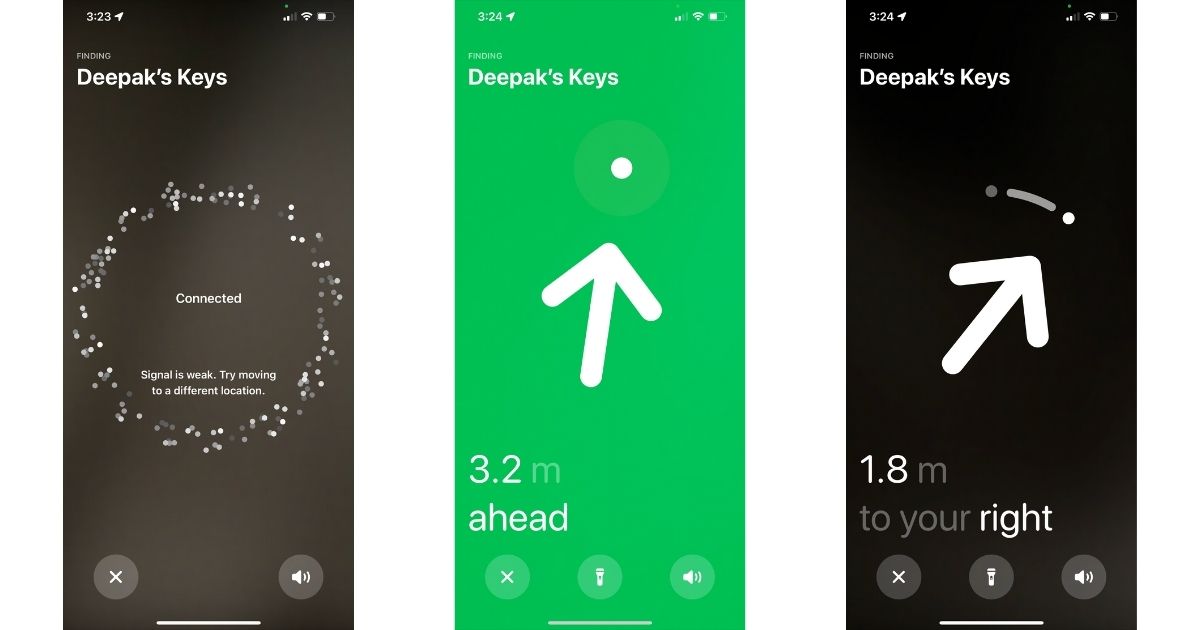 But what if you were to lose your ‘AirTagged’ car keys in a mall, for example? Well, that’s where Apple’s Find My network comes in. You see, each AirTag emits a secure Bluetooth signal that can be caught by any iPhone in the vicinity, which sends its location to iCloud, and eventually to the owner’s iPhone. All this happens in a highly secure manner, and Apple claims that no one, including the company itself, is privy to the location details. You also have to option of putting your lost AirTag in Lost Mode, which throws up a notification on any iPhone, iPad, or Mac that detects it. Heck, even Android phones with NFC can be used to read your contact info from an AirTag, if you’ve included those details while enabling Lost Mode.

As with any trackers, there are some privacy concerns. The idea being, someone could slip an AirTag on your person / bag / vehicle, and use that to track your location or stalk you. Apple has thought of this too, so if a naughty AirTag (read: one that belongs to someone else) accompanies you, your iPhone will detect it and alert. And only if the real owner isn’t close by. 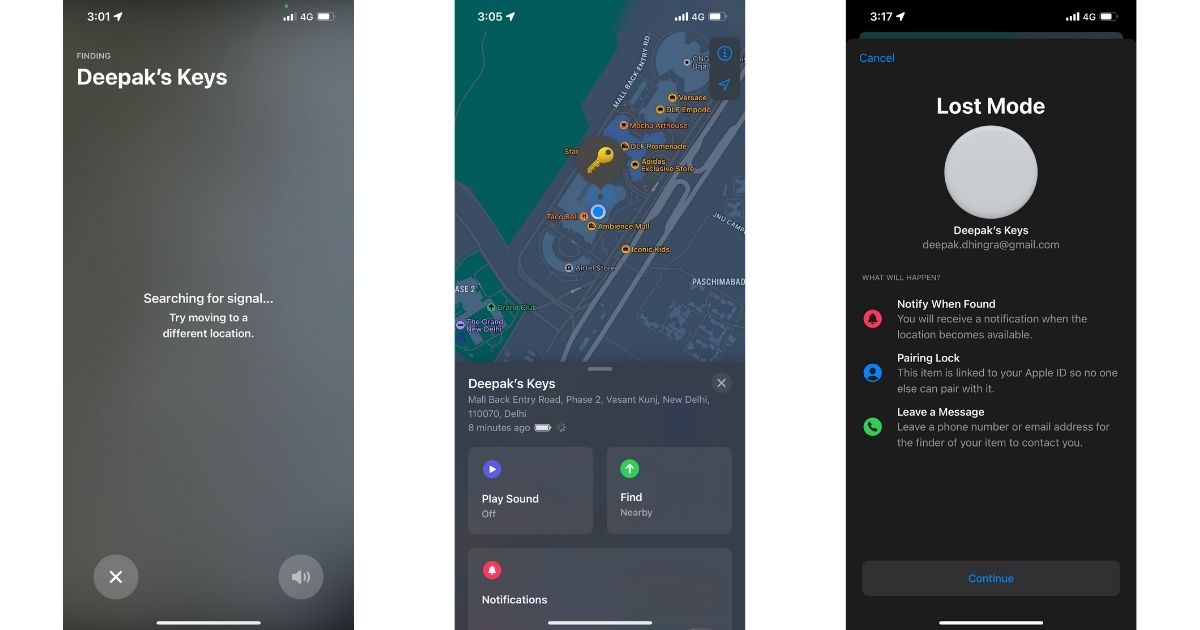 In my usage, I found the AirTag to be amazingly accurate within Bluetooth range inside the house. The Find My app screens guide and point you in the right direction, till you find the misbehaving button. To test how well it works outdoors, I intentionally ‘lost’ an AirTag at a place I thought would have a high concentration of iPhones – a mall in south Delhi on a Sunday. The results were a bit of a mixed bag in the sense that while the Find My app wasn’t able to lead me straight to the AirTag, it did show me the location as of a few minutes ago. A scenario like this of course, has a much better chance of working even more accurately in a country like the US for example, where there are more iPhones around. 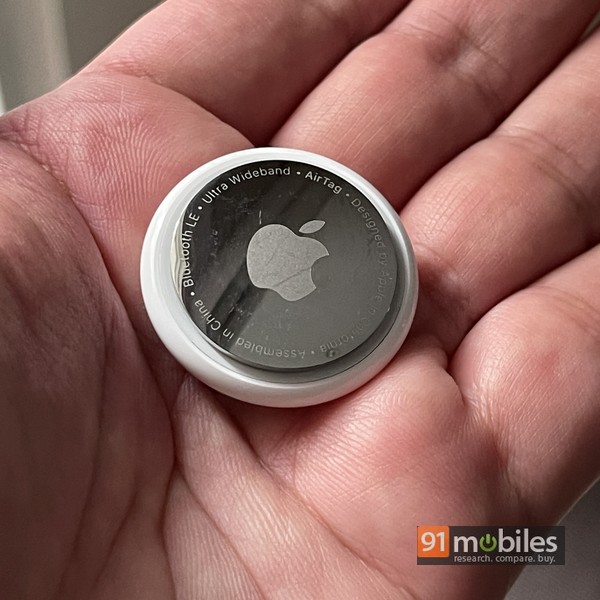 A single AirTag costs Rs 3,190, while a four-pack will set you back by Rs 10,900. I think the cost isn’t too high for what it offers, and if you’re an iPhone owner and tend to misplace things, especially within the house, the Apple AirTag is well worth a buy.

Apple AirTag: what is it, how does it work, Android support, and more

AirTag could be the name of Apple’s tracking accessory, reveals iOS 13.2