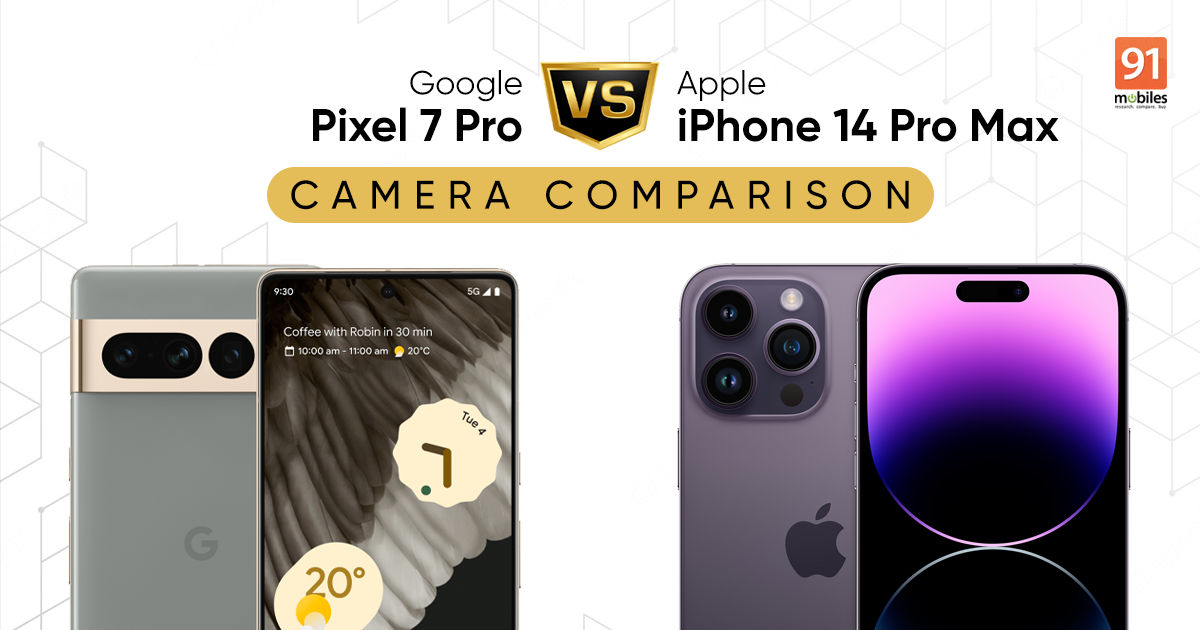 After a brief hiatus, Google has finally unveiled its flagship Pixel range of devices in India. Dubbed the Pixel 7 and the Pixel 7 Pro (review), the smartphones come equipped with a brand-new, in-house Tensor G2 processor which enables a plethora of camera features, including super high-res zoom and remarkable lowlight photography. Understandably, there is a lot of commotion on the interwebs pertaining to the Pixel 7 Pro’s camera chops which is why, today, I will be testing the smartphone against the iPhone 14 Pro Max to see if it can hold a candle against the best the industry has to offer. Read on, to find out.

Let’s kick things off by taking a closer look at our competitors’ specs. Starting with the Pixel 7 Pro, the device comes equipped with a 50MP main sensor which works alongside a 12MP ultrawide snapper and a 48MP telephoto sensor with 5x optical zoom range. For selfies, the device gets a 10.8MP camera up front. 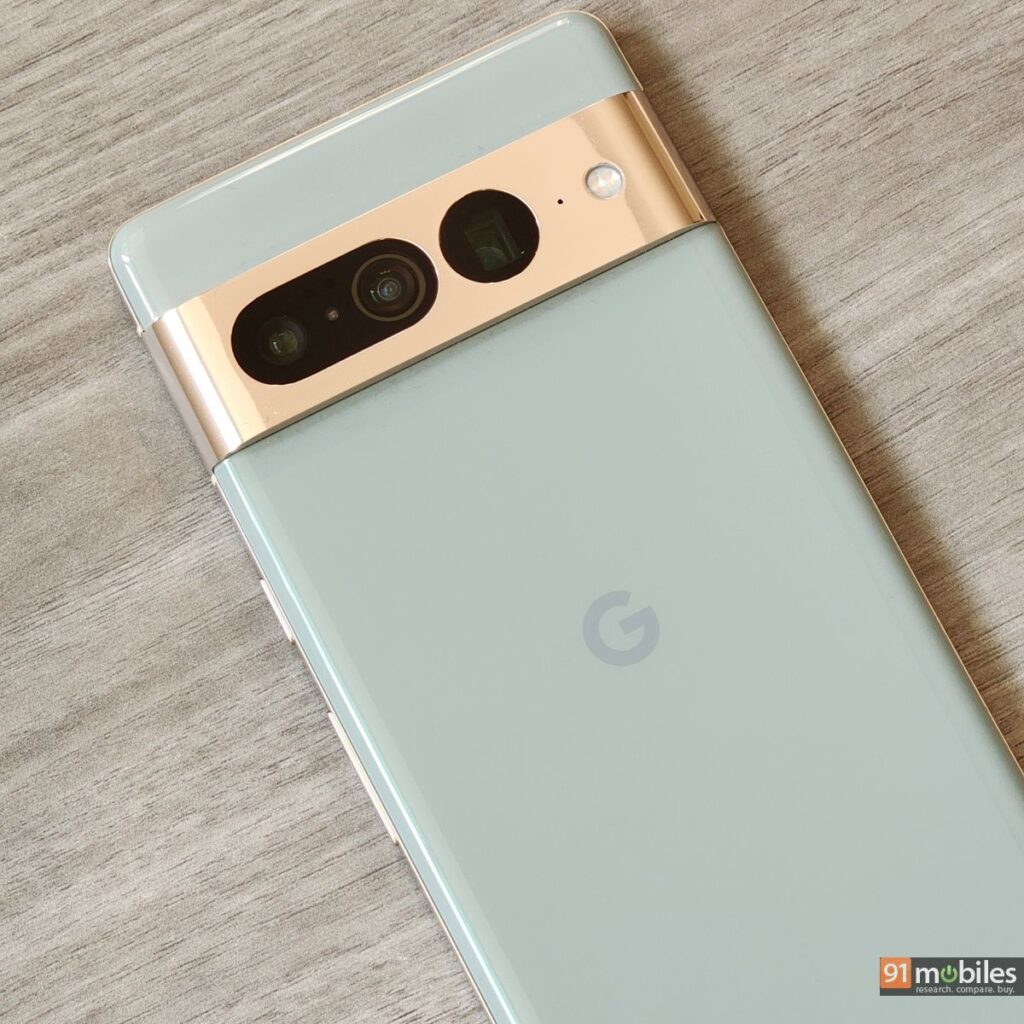 The iPhone 14 Pro Max, on the other hand, features a 48MP main sensor which works in tandem with a pair of 12MP ultrawide and telephoto snappers. Up front, the smartphone gets a 12MP camera to click selfies.

With the specs out of the way, let’s take a closer look at our competitors’ photography chops. Now, right off the bat, you should know that both phones click remarkably similar images in broad daylight. If anything, the Pixel 7 Pro overturns an image with a warmer colour tone, whereas the iPhone 14 Pro Max’s output offers a noticeably cooler tint. 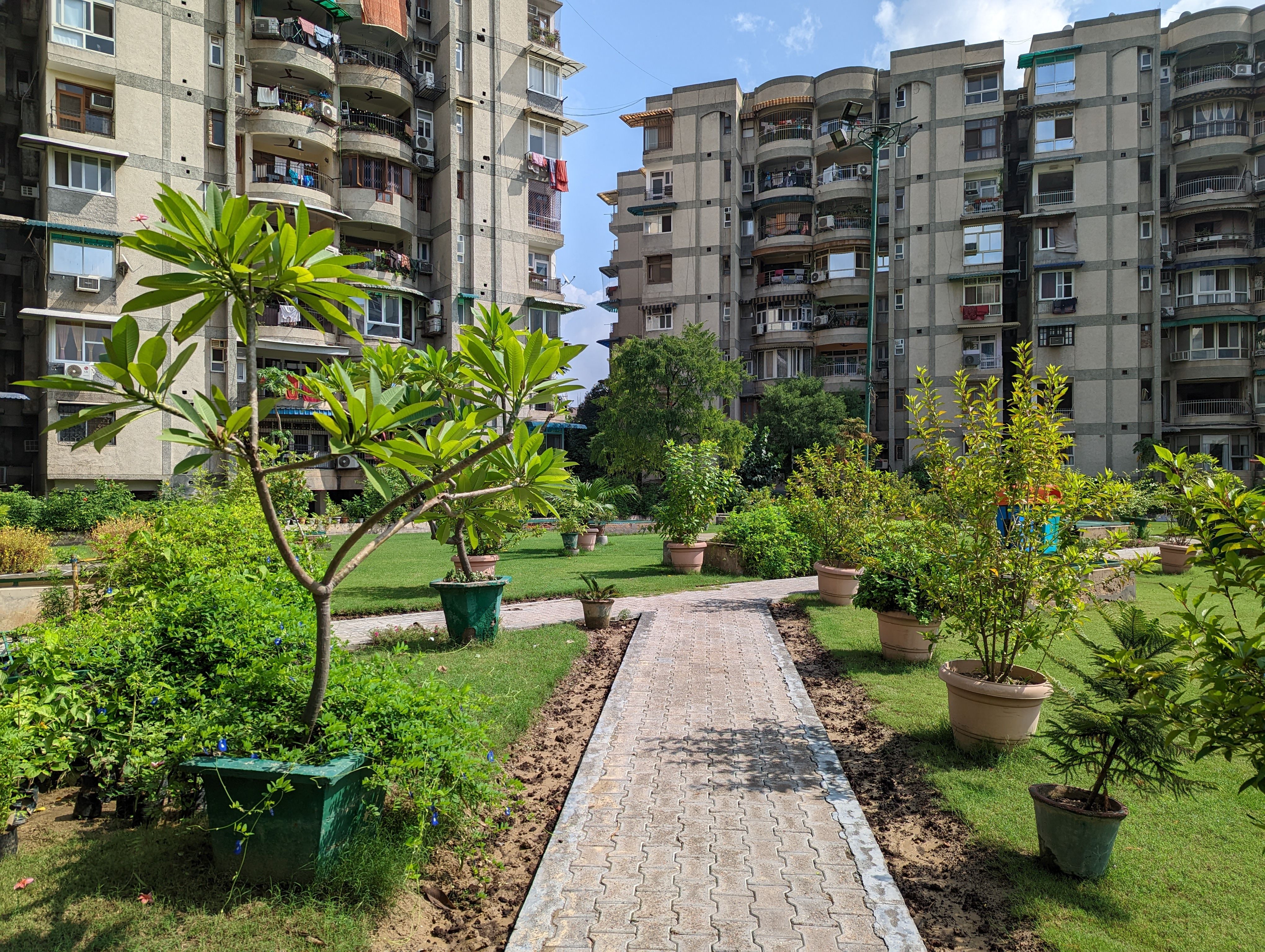 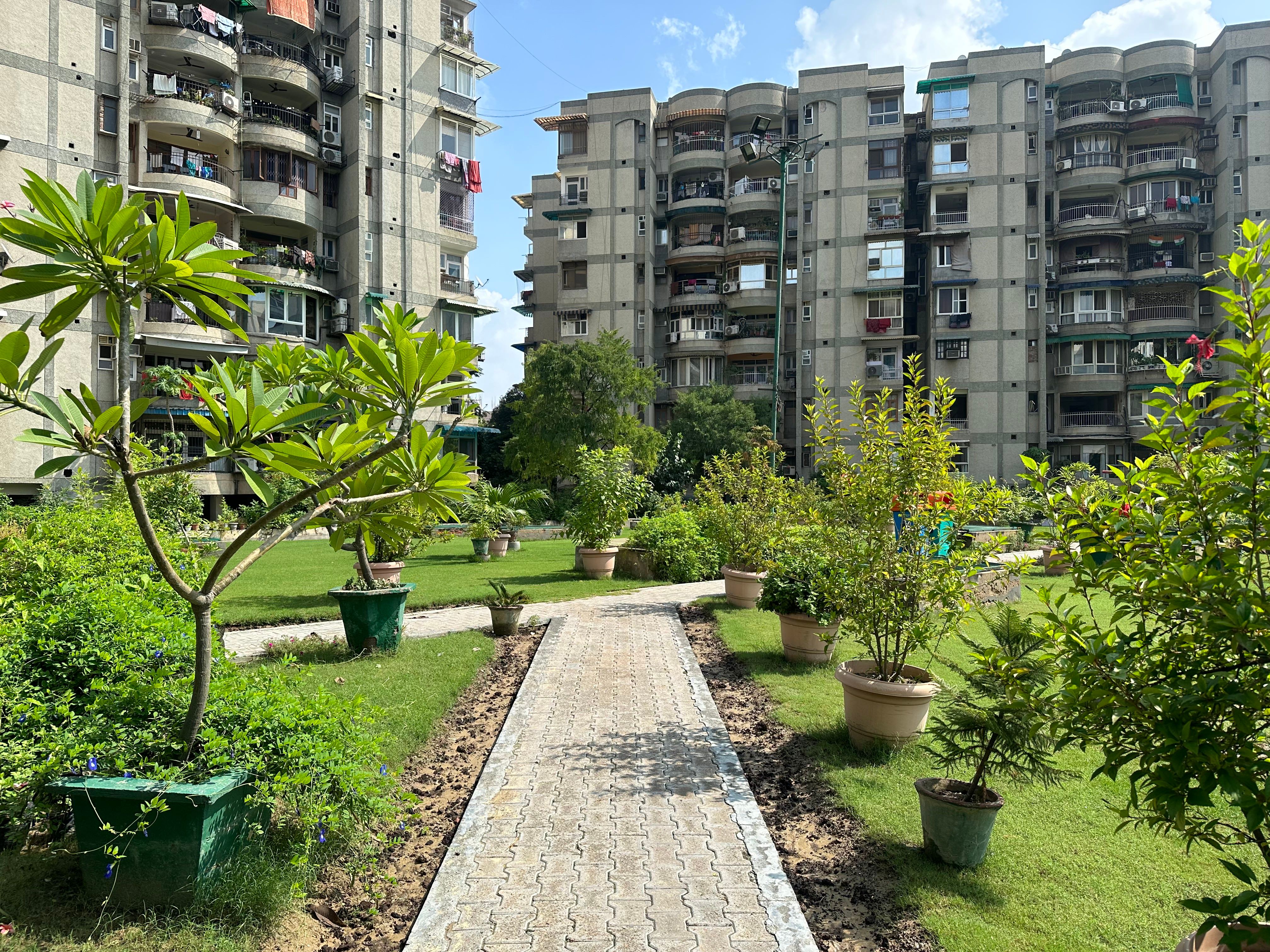 As an example, if you look at the images in the slider attached above then you’ll notice that both snaps offer the same corner sharpness at a closer crop. Furthermore, the photos are equally detailed towards the centre too. If anything, the mud near the pavement appears a tad reddish in the 7 Pro’s snap, which goes on to show that the smartphone favours warmer colour tones. The iPhone 14 Pro Max’s image, on the other hand, is more colour-accurate and the device has rendered the shade of the dirt authentically. 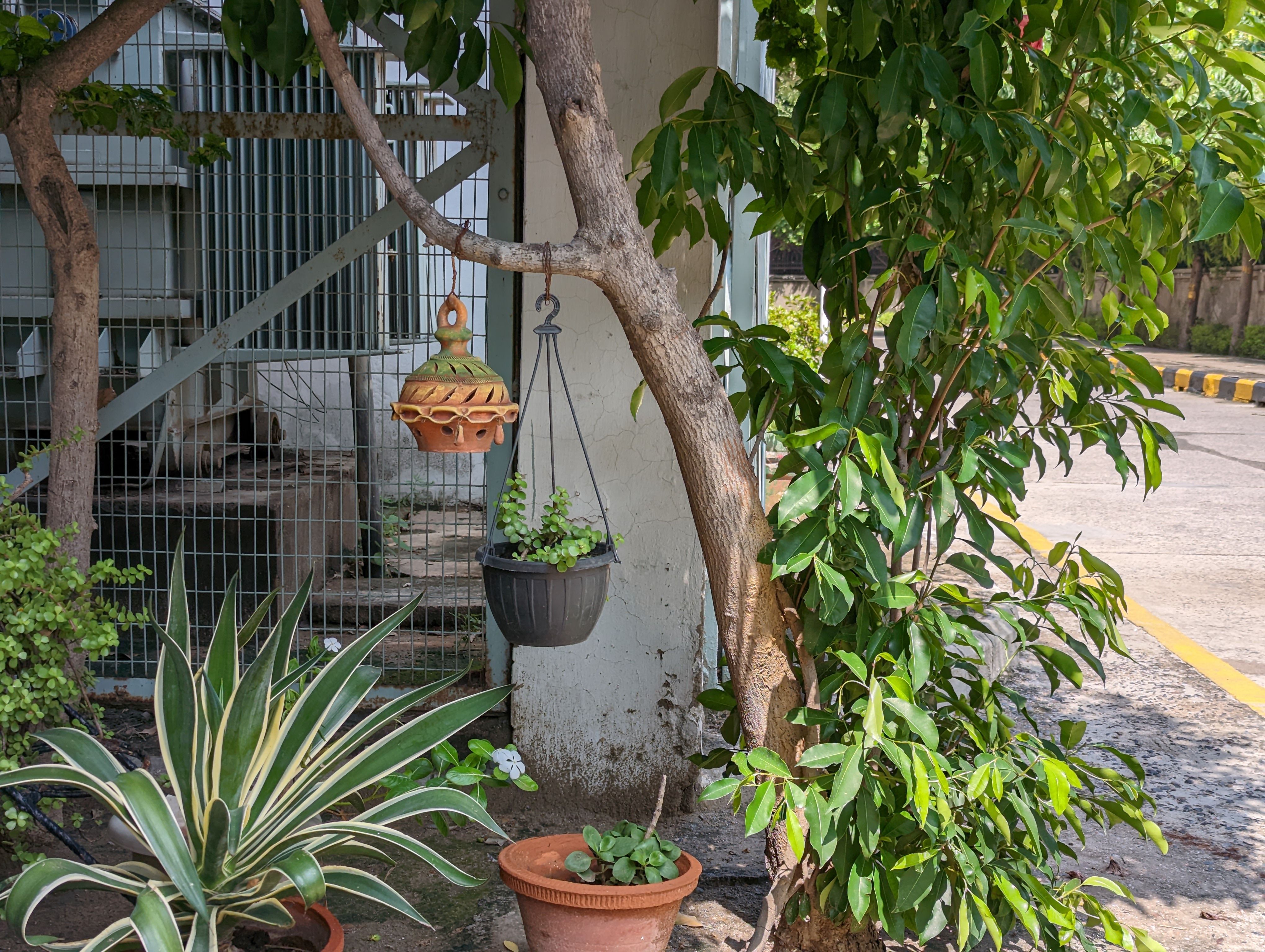 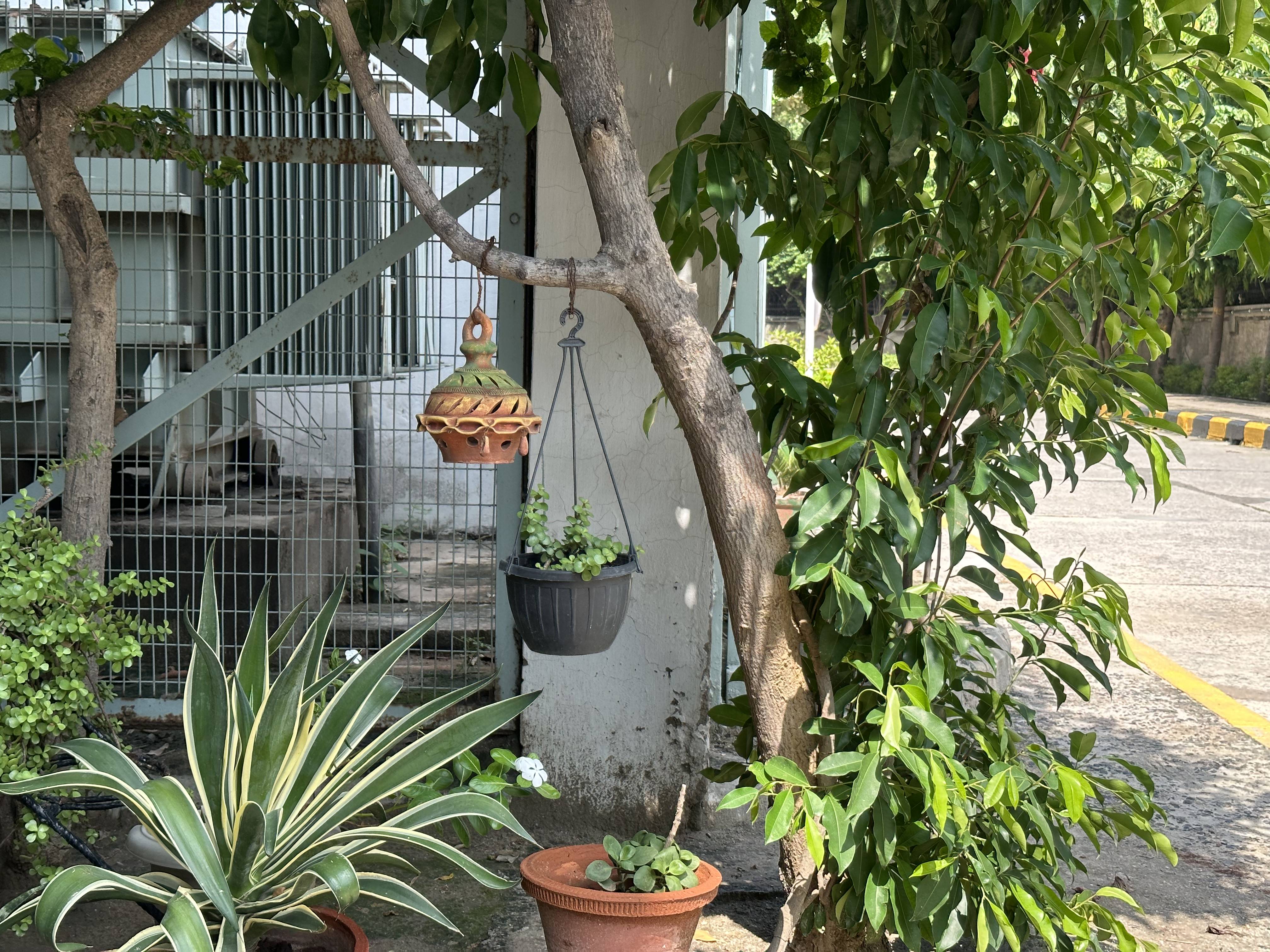 Here’s another example which substantiates my findings further. In the slider attached above, both phones have brought about the elements in the frame rather well. Consequently, be it zooming in to the centre, or panning to the left or the right, you’ll find similar details across both photos. That said, the colour of the brown pot hanging by the tree has been rendered more accurately in the 14 Pro Max’s photo. The Pixel 7 Pro has, yet again, overturned an image with a warmer colour palette and correspondingly, you’ll notice a reddish tinge emanating from the pot’s surface.

The iPhone 14 Pro Max edges in front of the Pixel 7 Pro as far as wideangle images are concerned. Now, do note that the differences in the photos isn’t night and day. On the contrary, the iPhone 14 Pro Max’s snaps offer slightly better corner sharpness. What’s more, I noticed that the Pixel 7 Pro’s sensor would add a pinkish tinge to the images too. 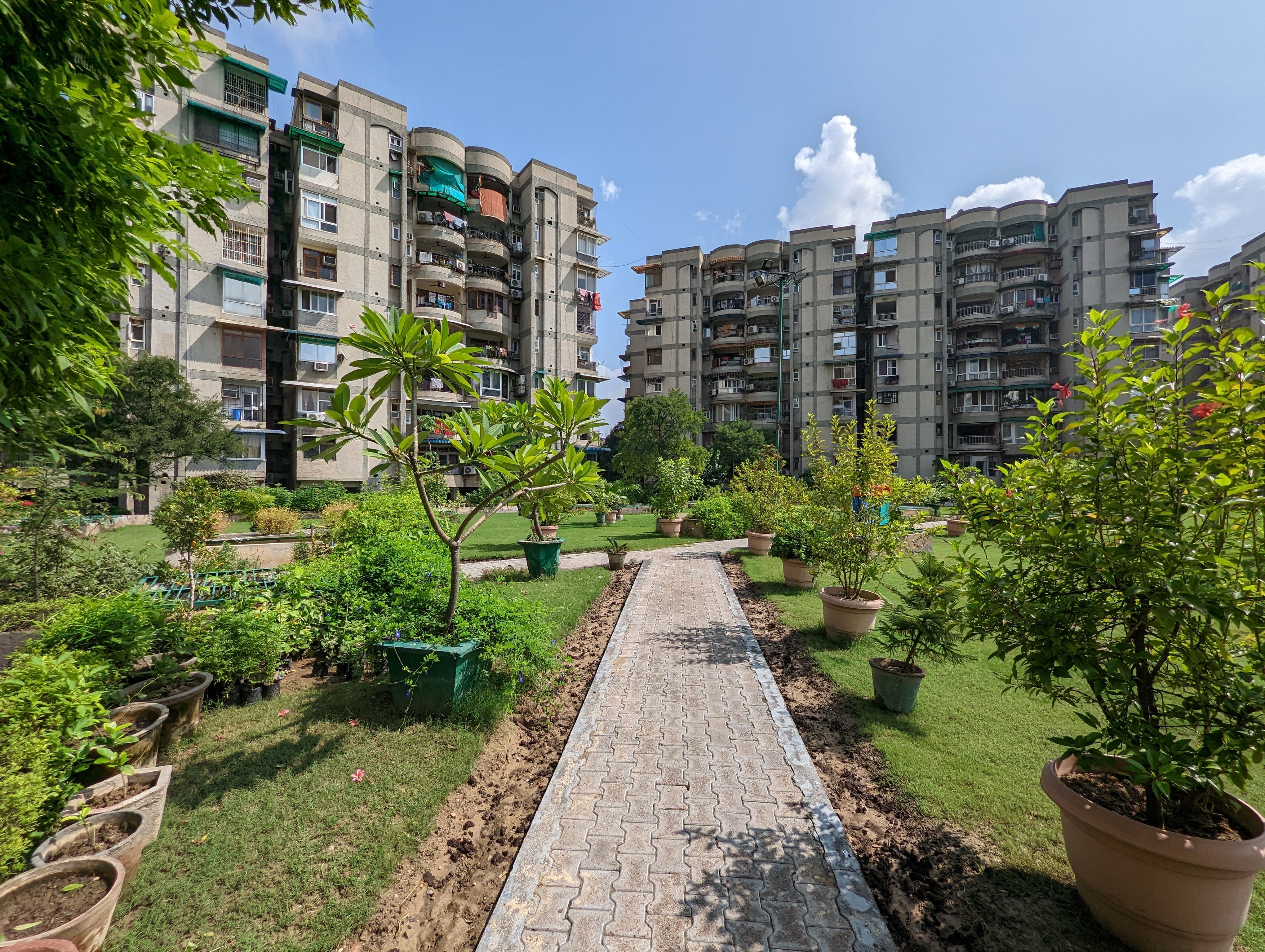 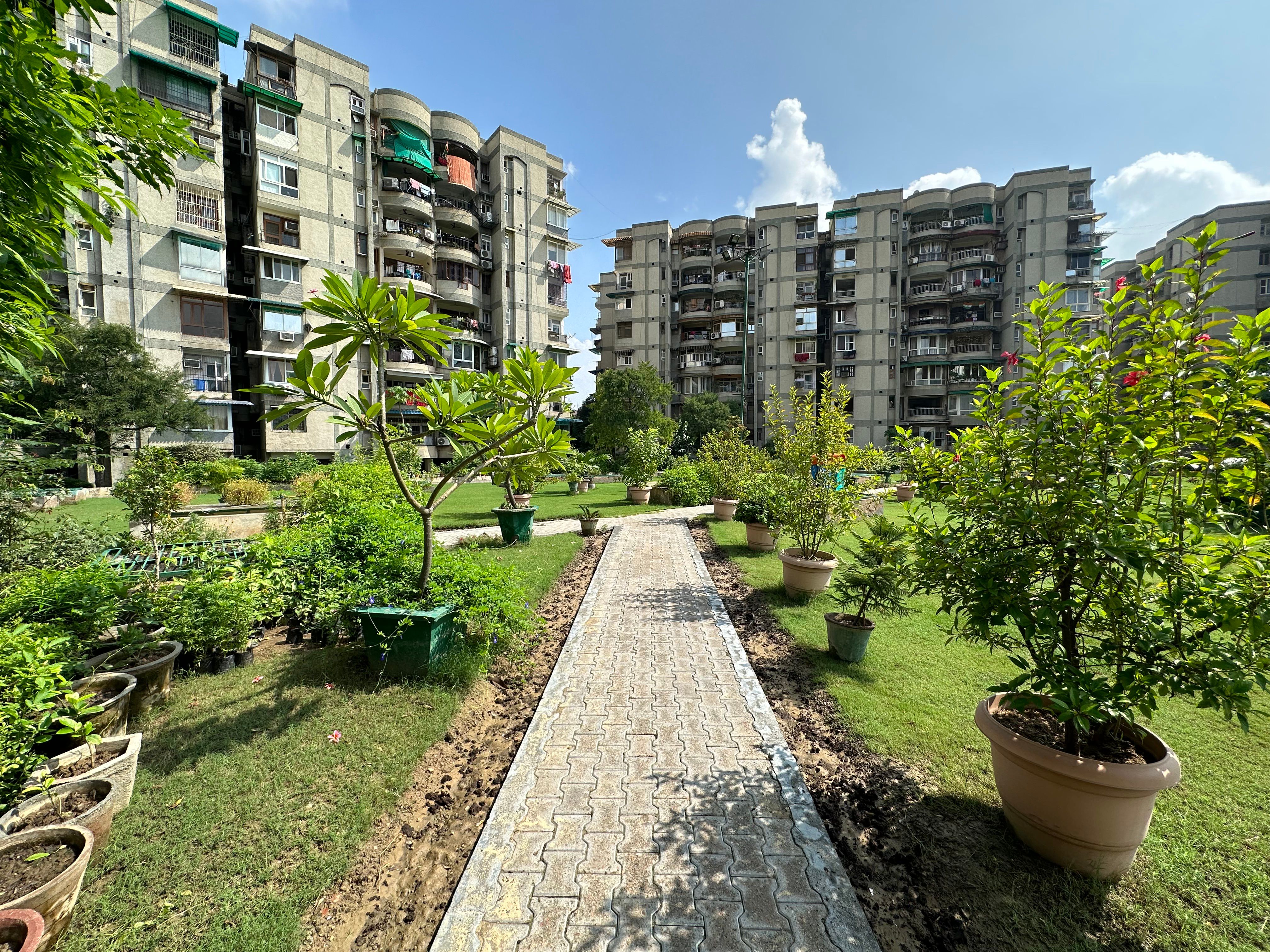 As an example, if you look at the slider attached above then you’ll notice that the shrubs towards the periphery of the frame retain their sharpness in the iPhone 14 Pro Max’s snap. 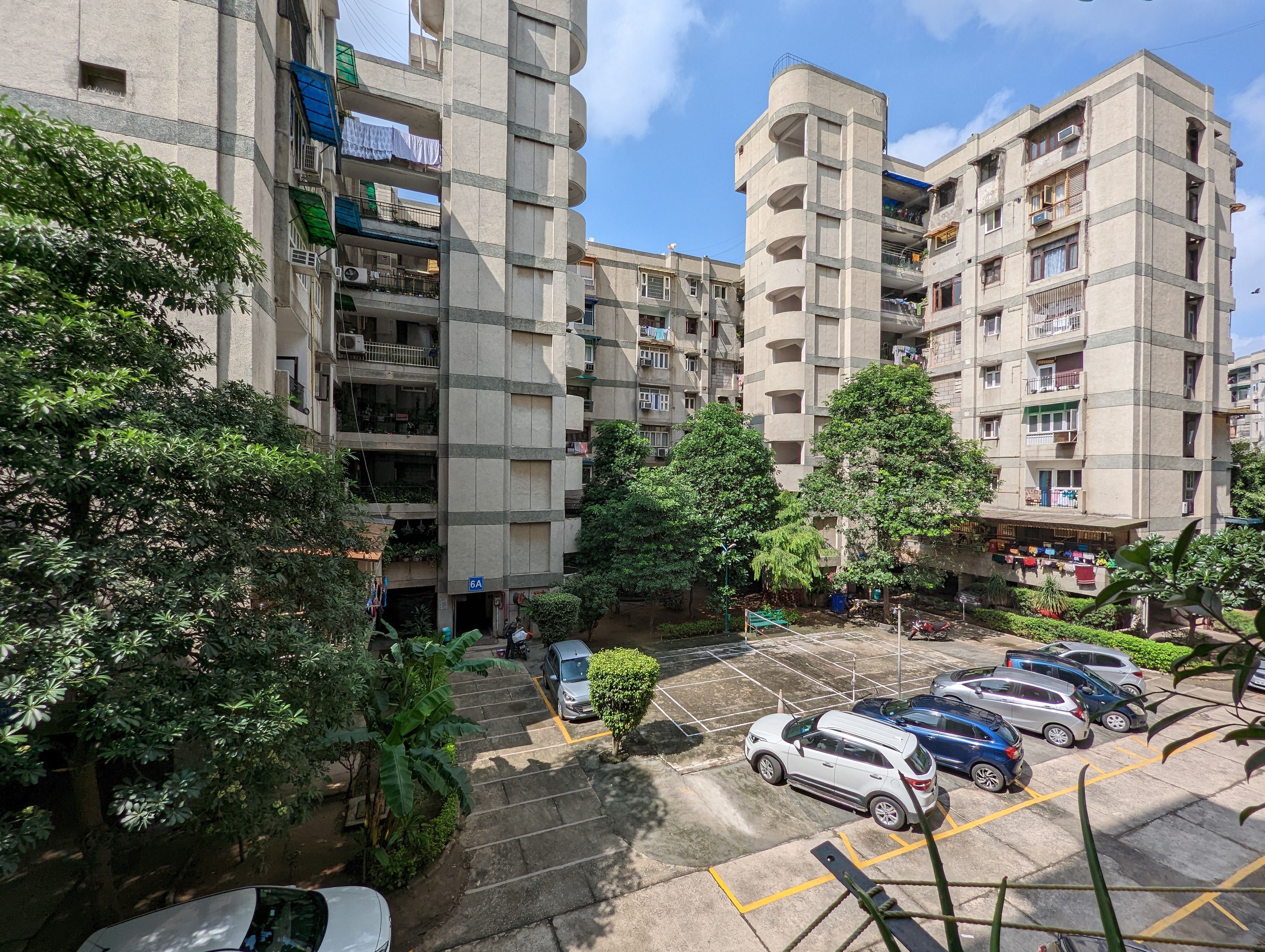 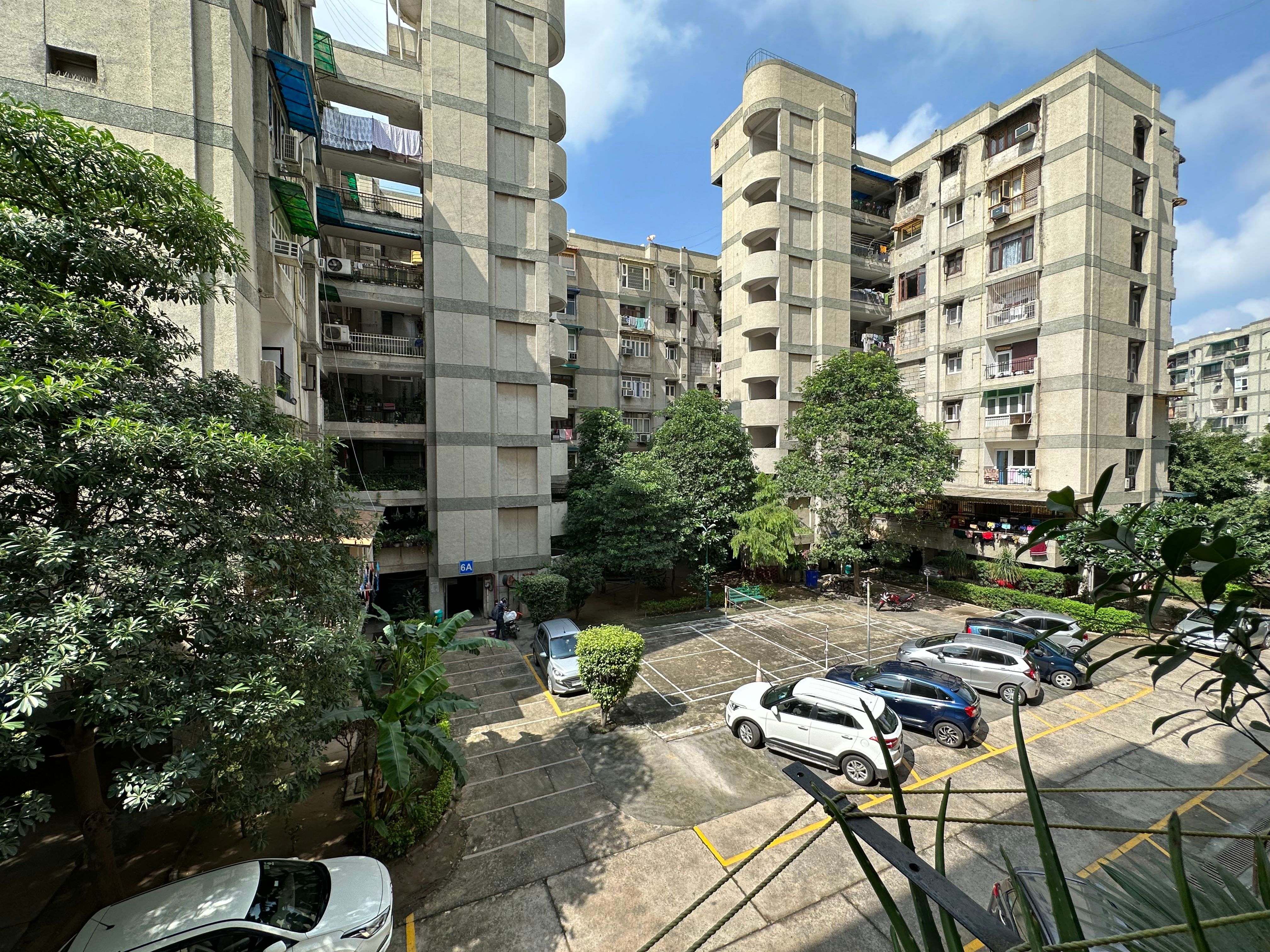 Similarly, in the slider attached above, the iPhone 14 Pro Max’s snap squeezes more details around the buildings in my apartment complex. The Pixel 7 Pro’s composition, on the other hand, has a noticeable pink hue layered on the building to the far right. The same effect can also be observed on the white car positioned towards the centre of the snap.

Moving on, let’s take a closer look at the telephoto snaps from the two phones. First and foremost, you should know that both the phones can take a crop of the main sensor’s output to deliver a 2x zoom photo which is almost on par with what you’d get with a dedicated 2x optical sensor. Interestingly, the 2x zoom shot from both the phones is neck and neck – in fact, barring the images’ respective colour science, you’d be hard-pressed to find any other differences in the photos. 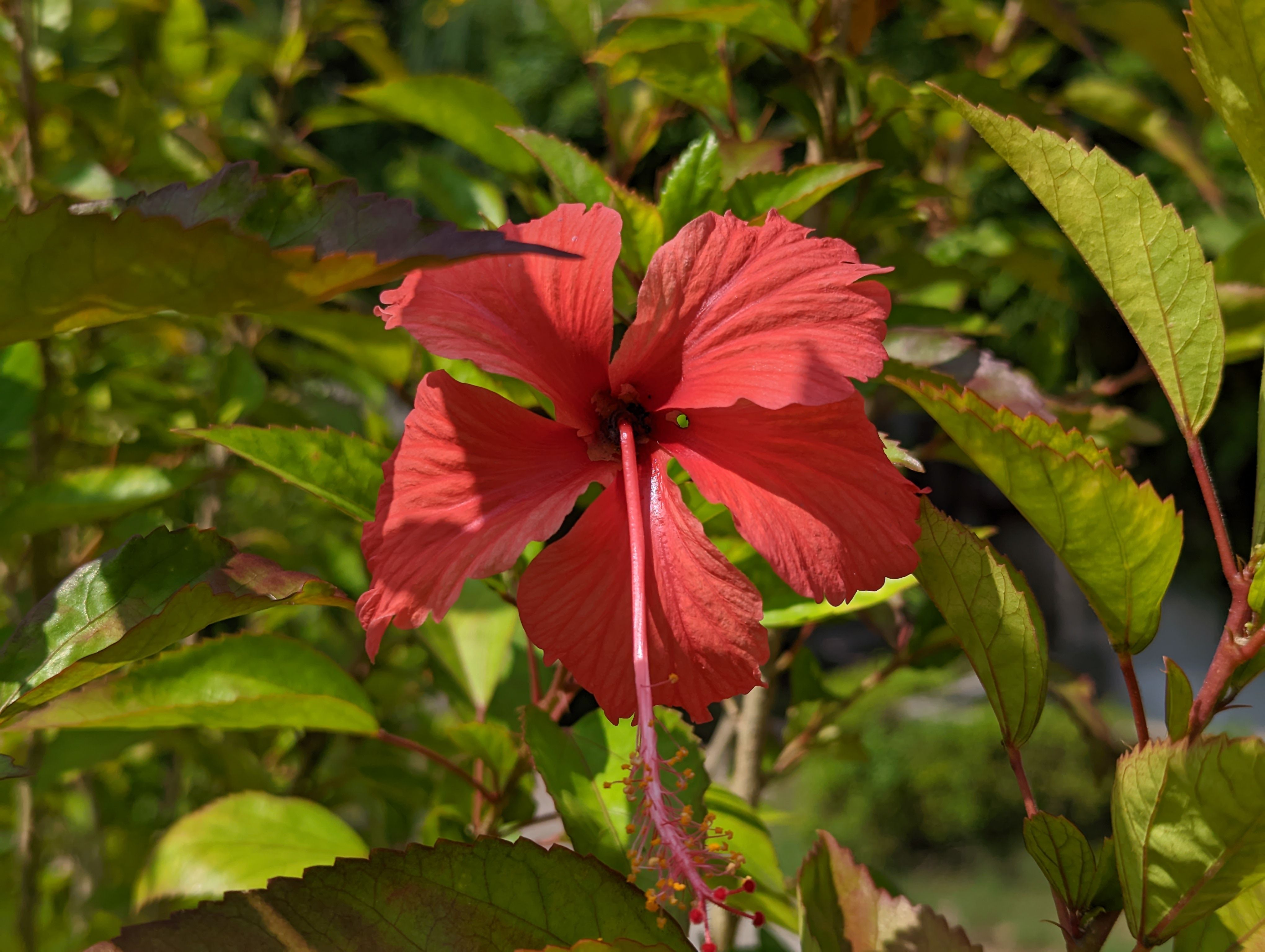 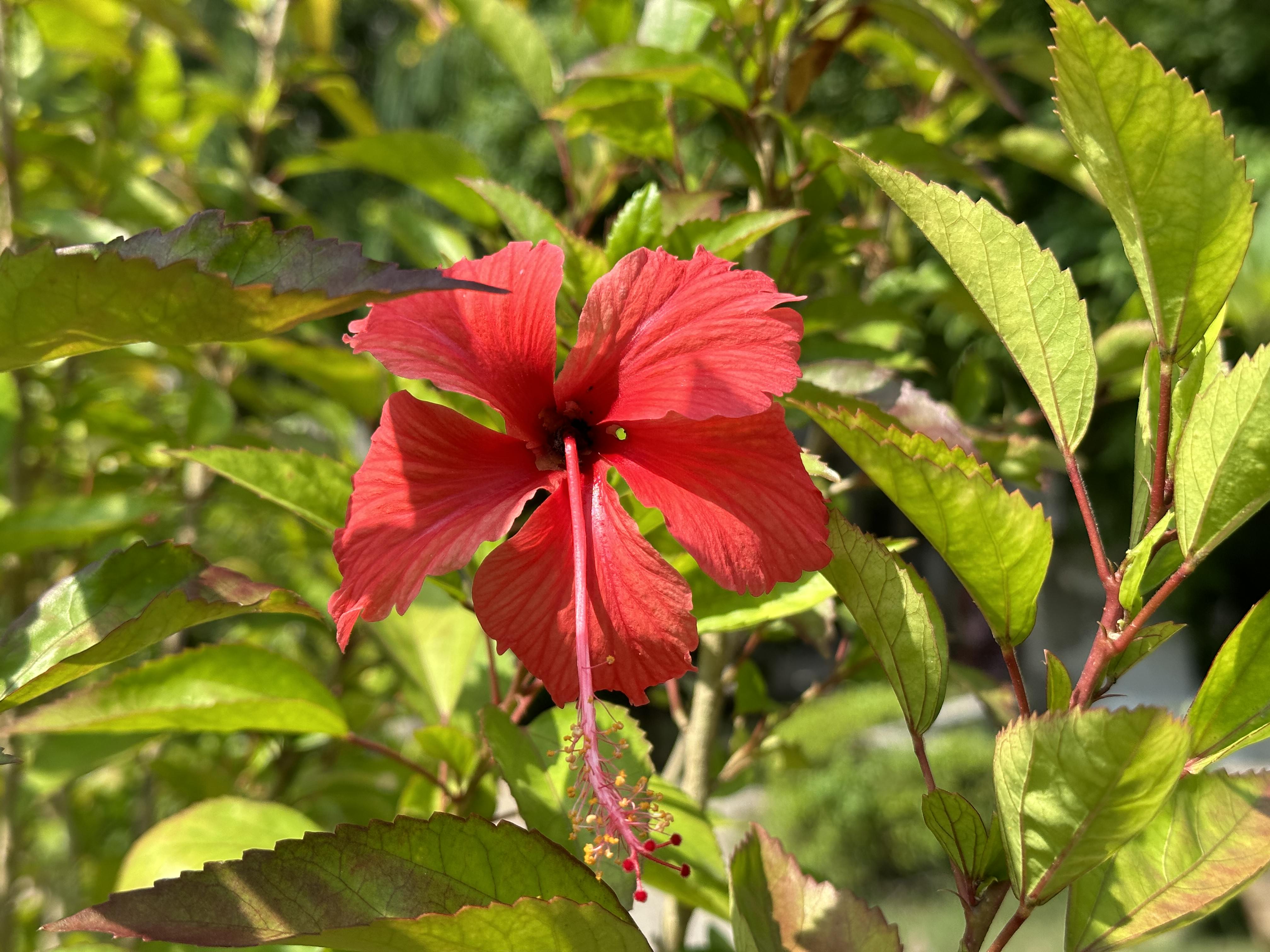 For instance, in the aforementioned slider, you’ll notice that the petals of the red flower appear equally sharp and detailed on both the phones. Now, Pixel tends to underexpose bright, vivid hues and correspondingly, you’ll notice that the red colour of the flower appears a tad different in the 7 Pro’s snap. The iPhone 14 Pro Max’s image, on the other hand, gives a more realistic representation of the scene. At the same time, the photo doesn’t muck up the red hue, which is great. 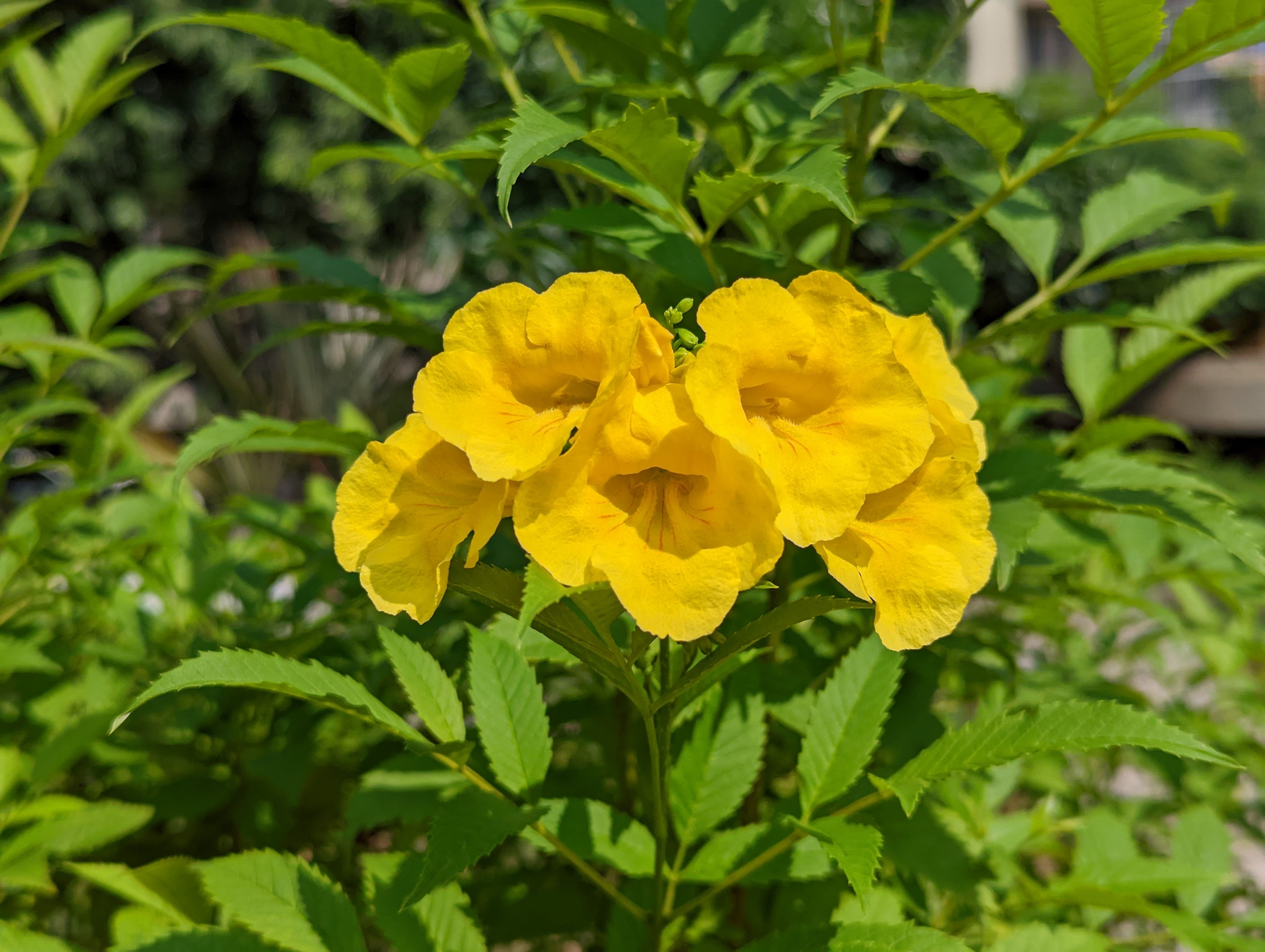 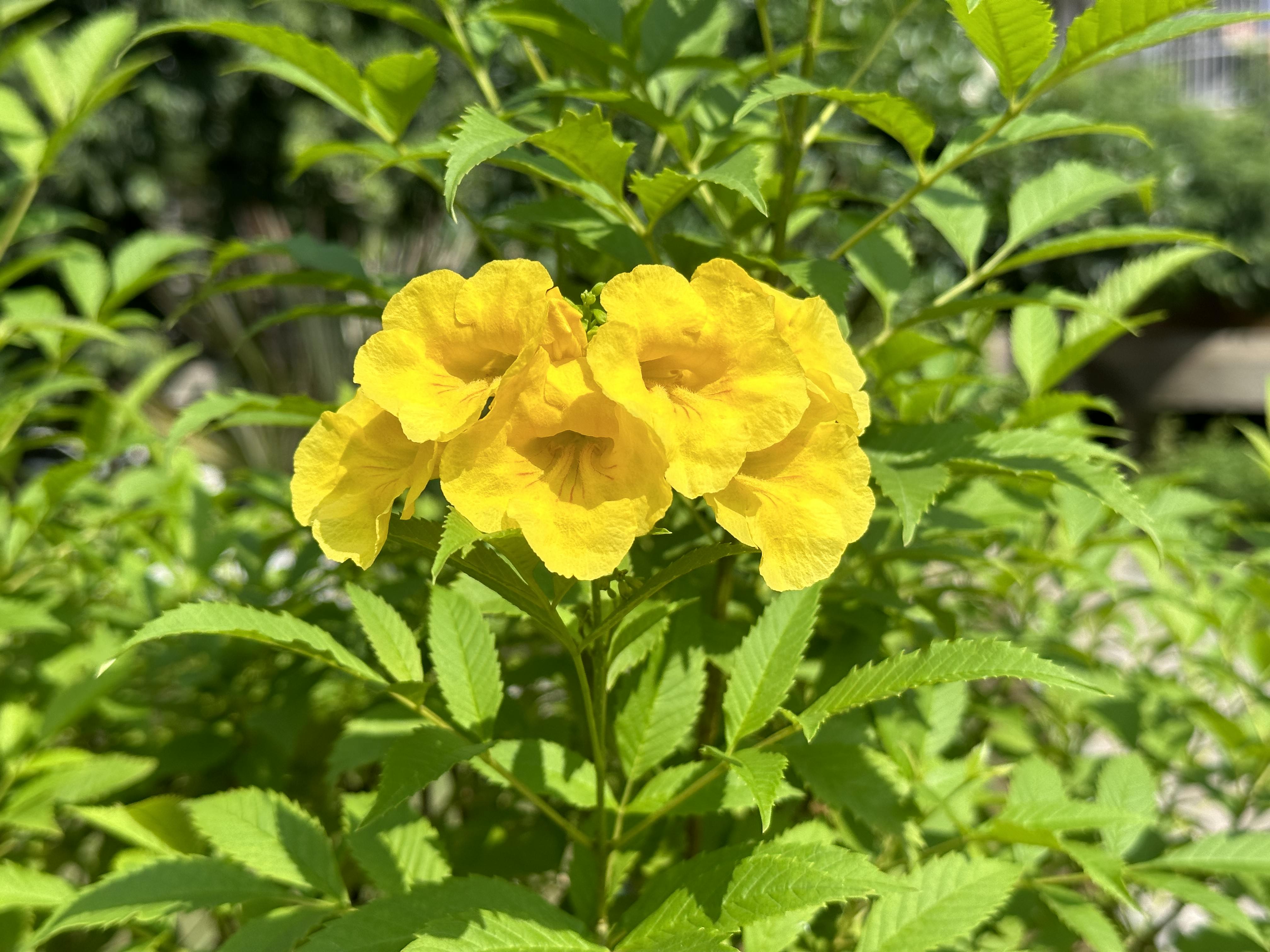 The same is true for the 2x shot of the yellow flower as well. Be it the bokeh effect, or the definition in and around the petals, the Pixel 7 Pro and the iPhone 14 Pro Max have overturned astoundingly similar images. That said, the iPhone 14 Pro Max’s snap has, yet again, reciprocated the colour of the flower to a tee. The Pixel 7 Pro’s snap looks quite appealing too, although the smartphone has subdued the vivid yellow tones of the petals ever so slightly. 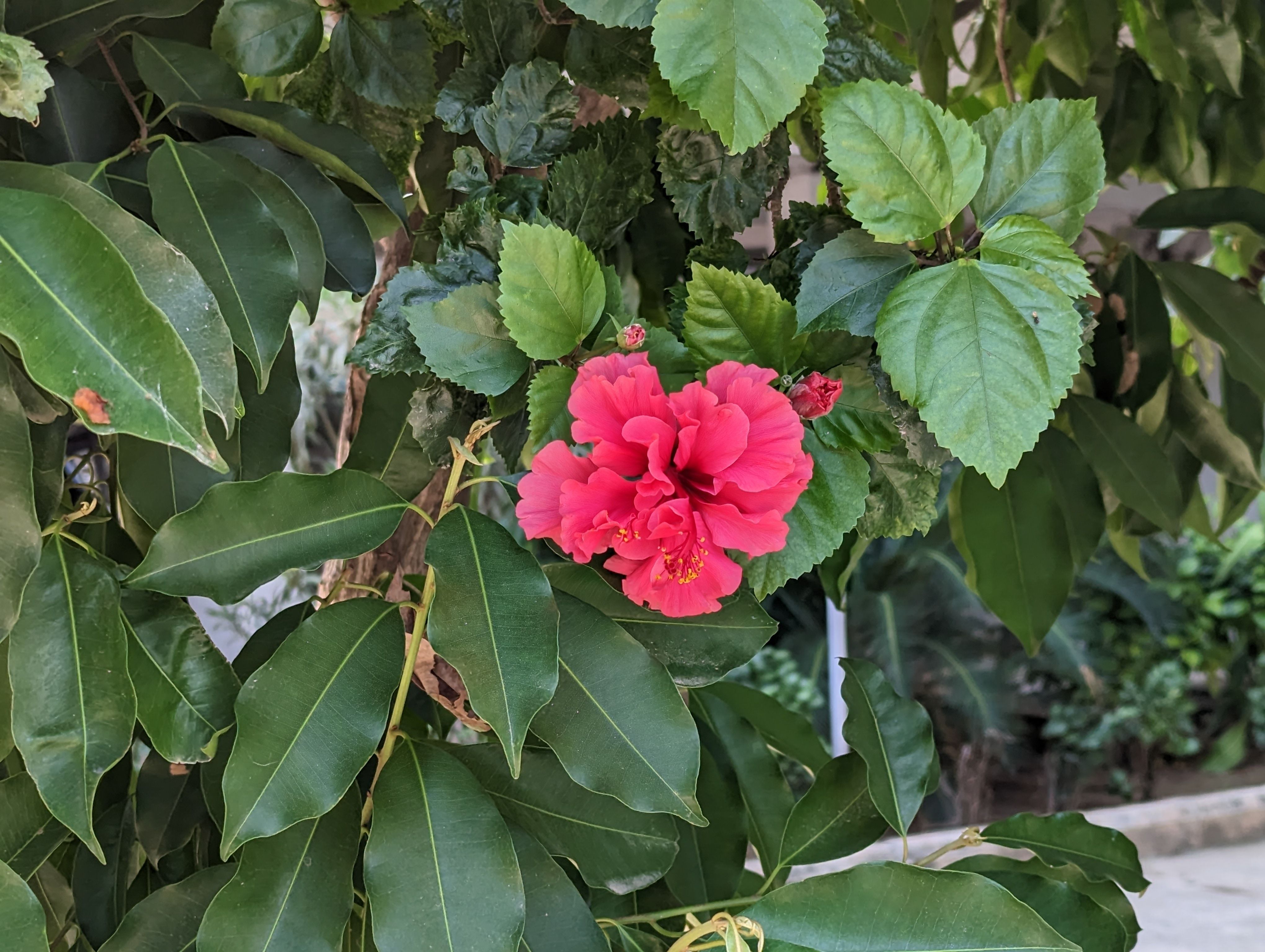 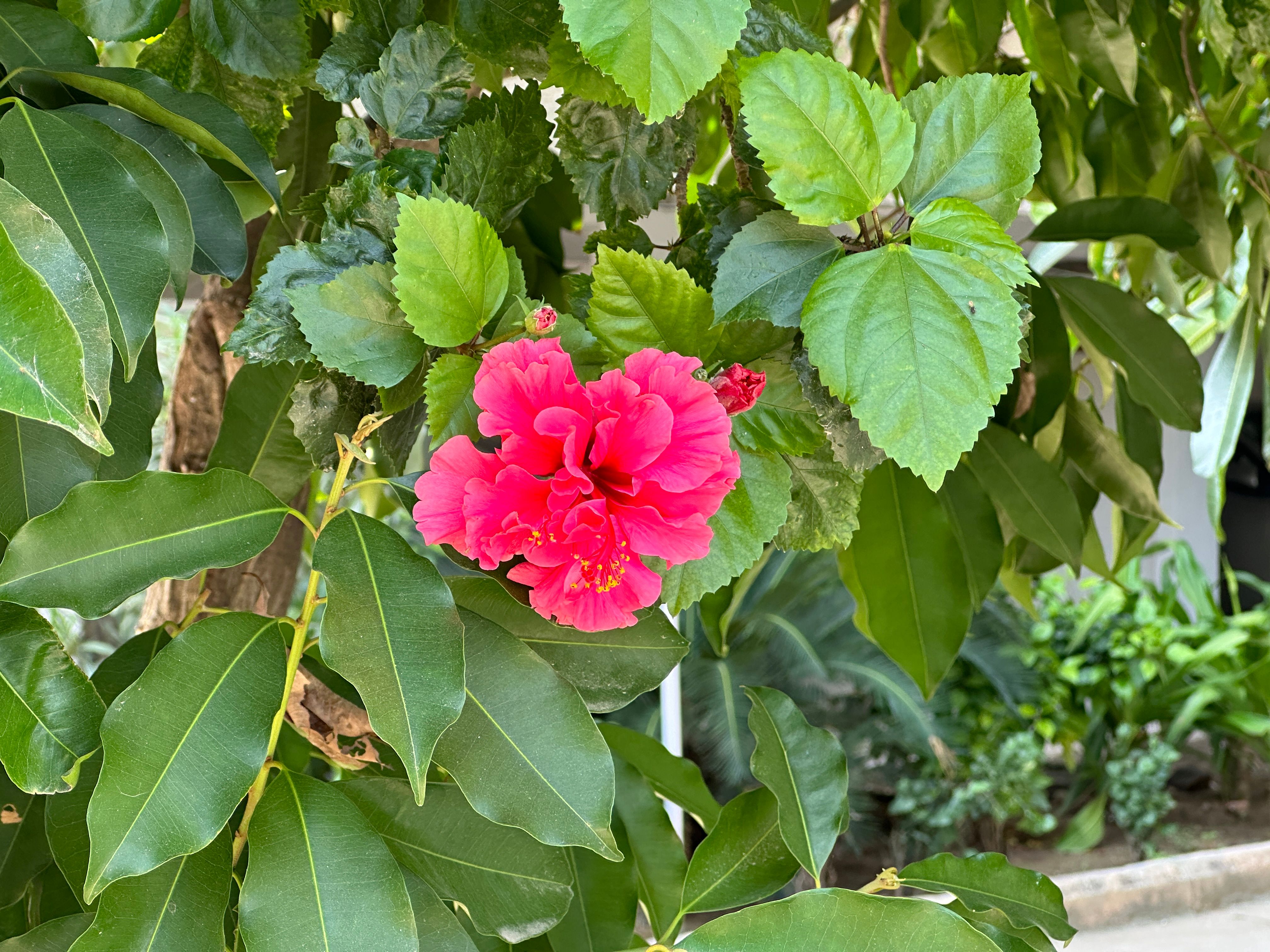 Understandably, iPhone overturns a slightly sharper image at 3x zoom as the device gets a dedicated telephoto sensor with 3x optical zoom capabilities. That said, Pixel’s output isn’t all that far behind. For instance, in the slider attached below, you’ll notice that both phones have done justice to the 3x shot of the pink flower.

Now, in typical Pixel fashion, the 7 Pro’s output is a tad underexposed and consequently, the composition appears a bit gloomy. Be that as it may, both the images appear equally sharp and retain similar details even at a 100 percent crop. 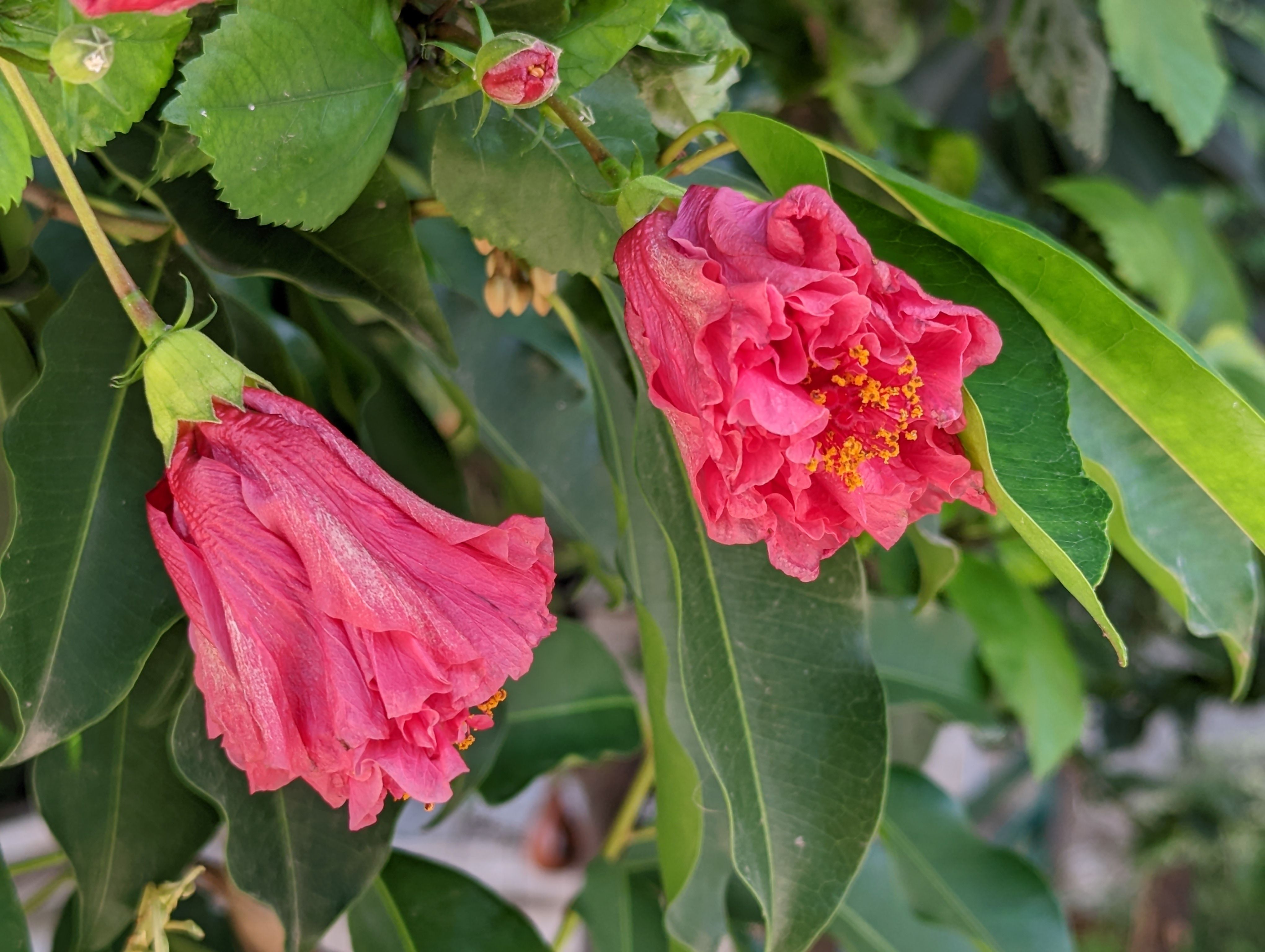 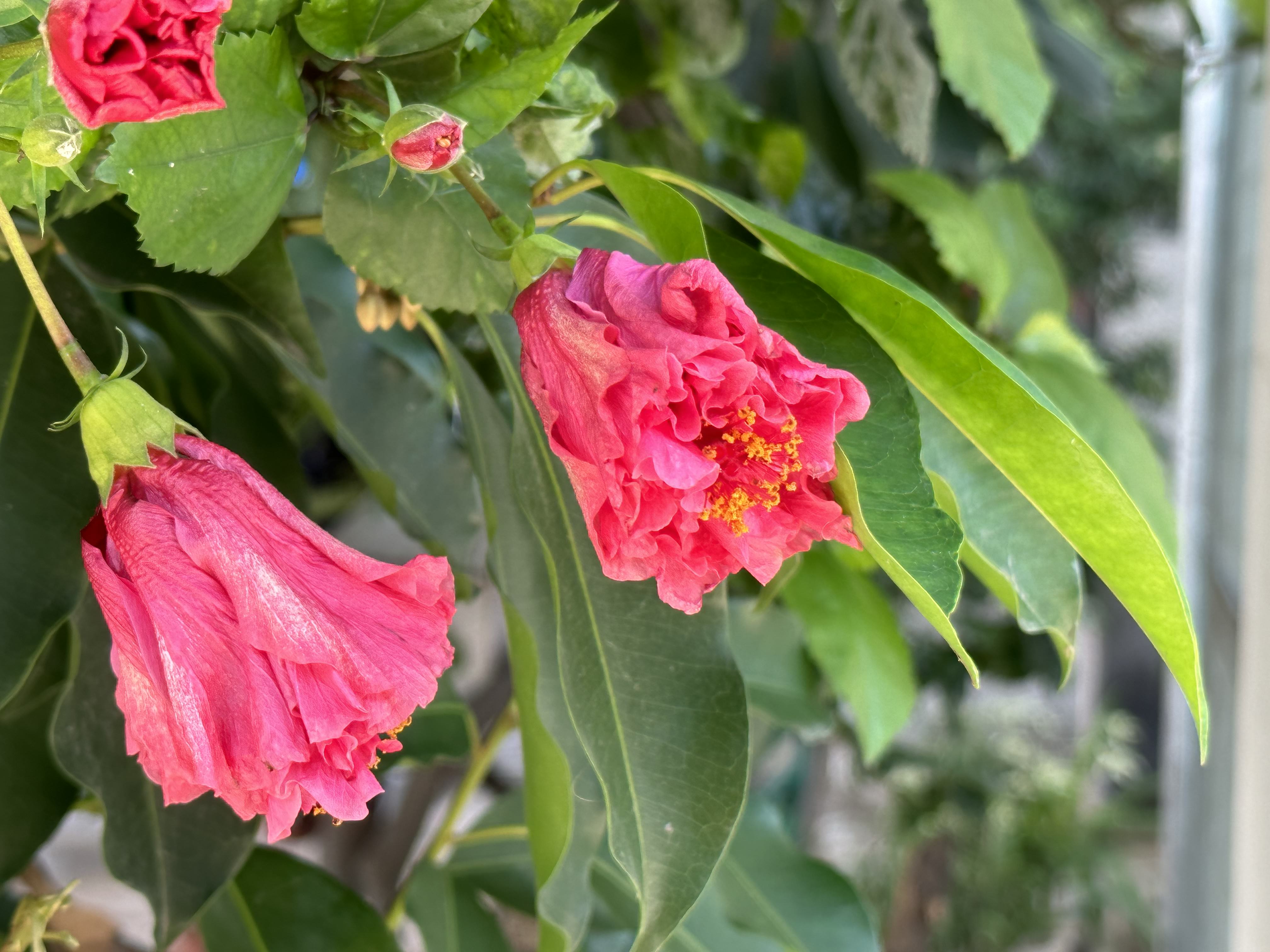 The iPhone 14 Pro Max can hold its ground against the Pixel 7 Pro’s dedicated 5x telephoto sensor too. In fact, for the most part, you can get away with similar-looking images at 5x zoom from both phones. Bear in mind that the Pixel 7 Pro’s output is a tad sharper, however, you’ll have to pixel-peep to make out the differences in the snaps. As an example, if you look at the slider attached above then here, you’ll notice that both the phones have reciprocated the details around the petals of the pink flower rather well. Furthermore, while Pixel’s output is slightly sharper, the iPhone’s composition has more truer-to-life colours. 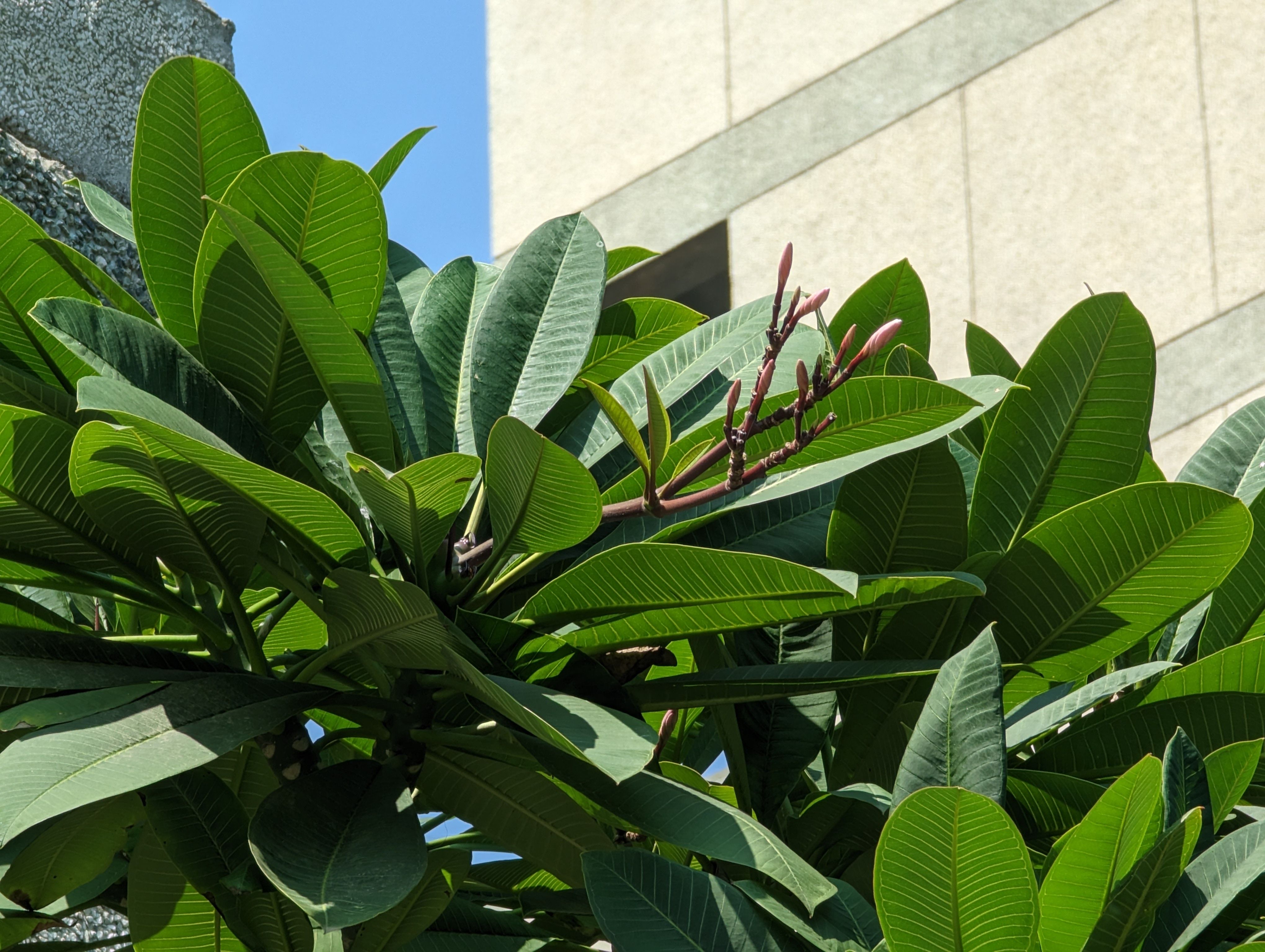 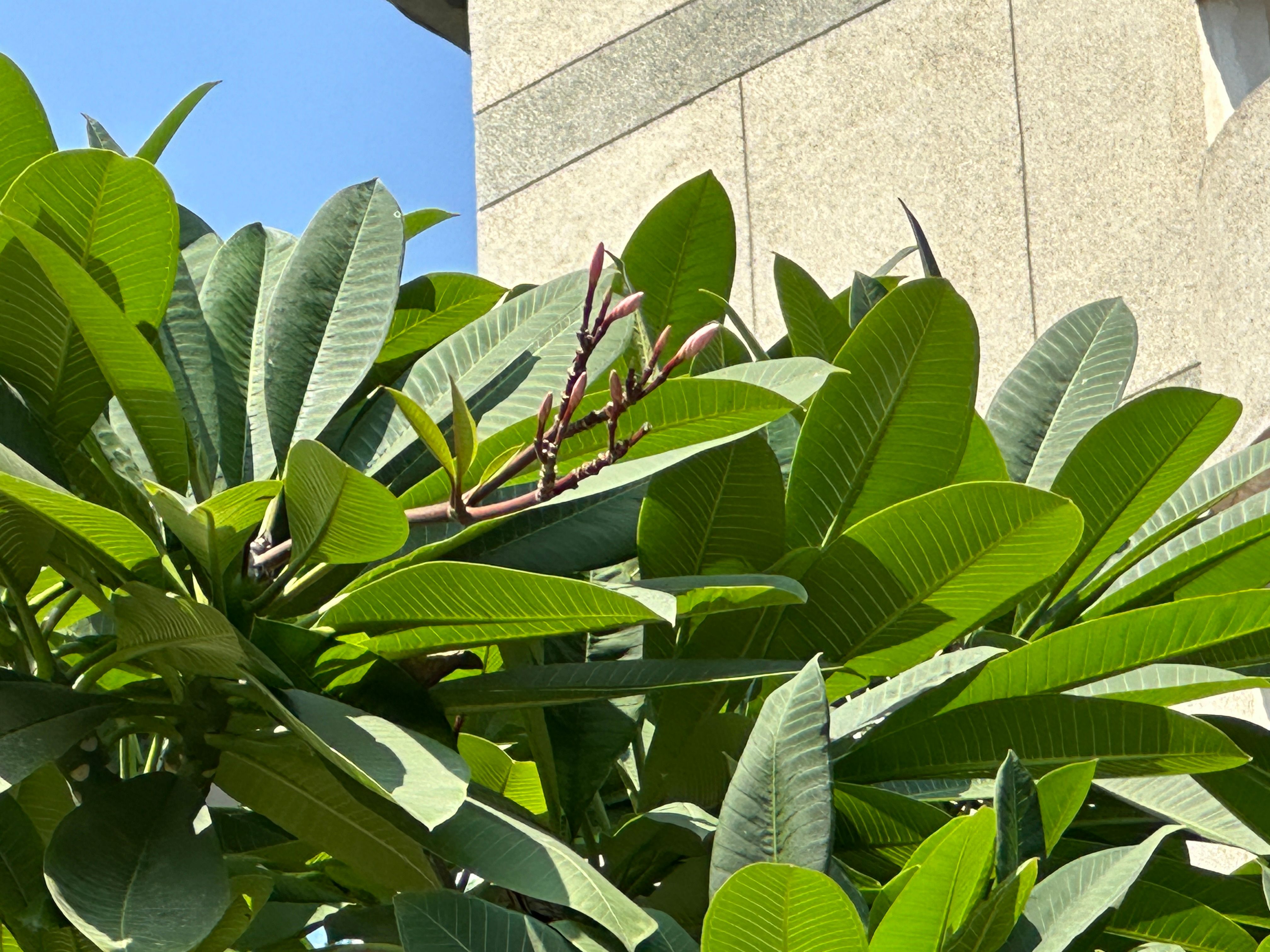 With that said, the Pixel 7 Pro takes a definitive lead when clicking images at 10x zoom, or beyond. As an example, if you look at the slider attached above then here, you’ll notice that the pink flower buds appear significantly sharper in the 7 Pro’s photo. 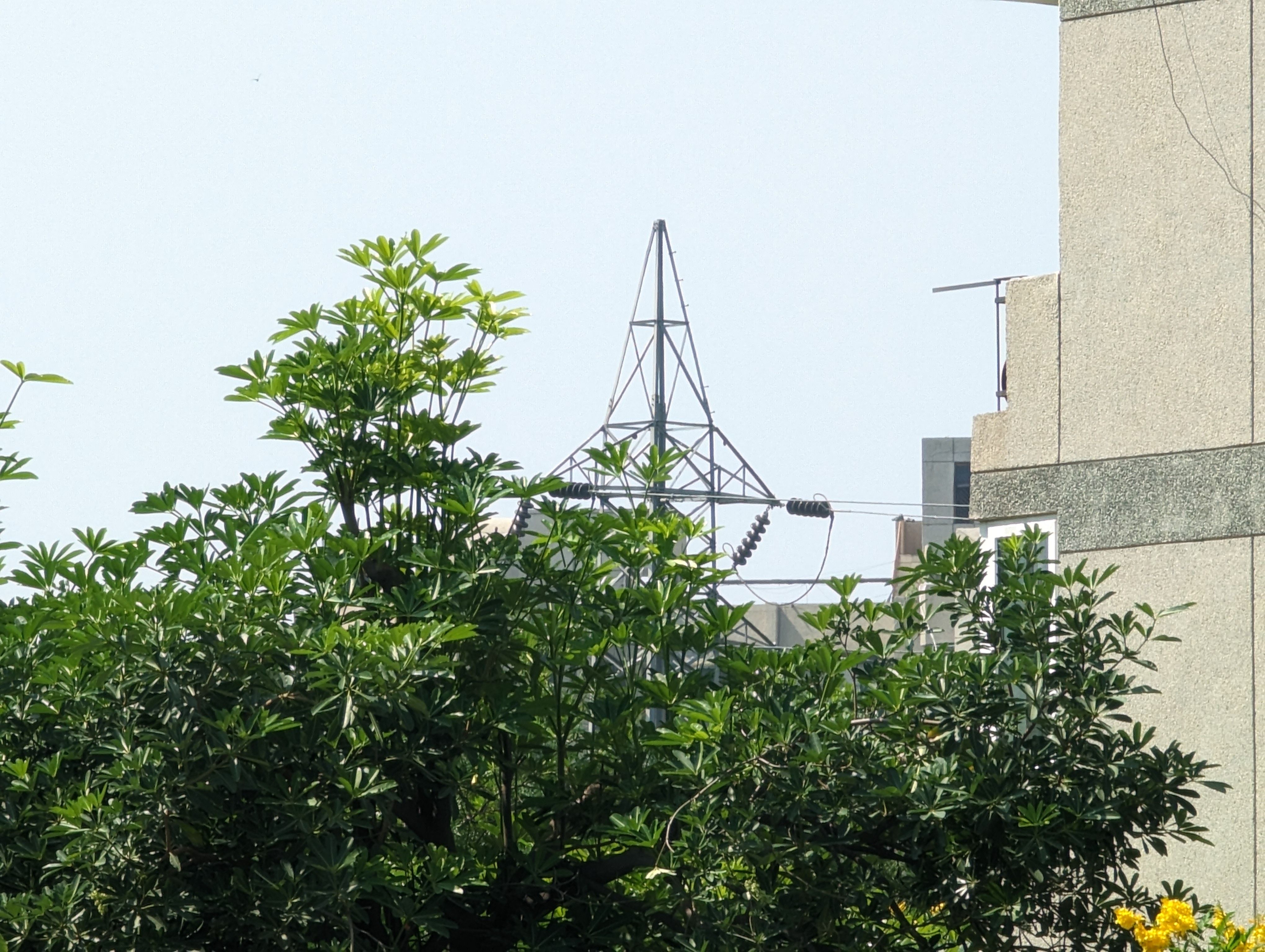 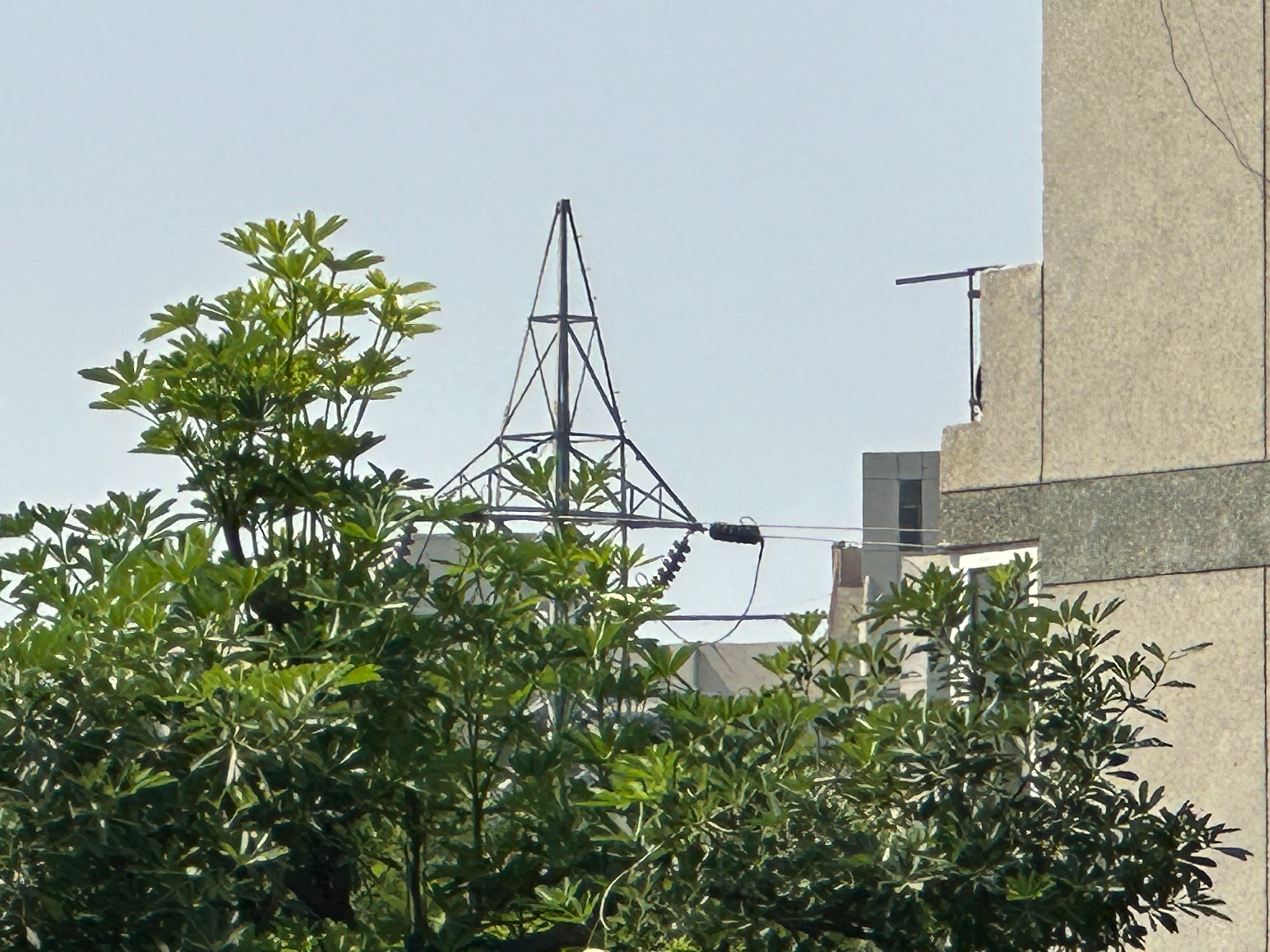 The scenery remains unchanged at 15x, which is the highest zoom offered on the iPhone 14 Pro Max. Here, you’ll notice that the transmission tower appears significantly sharper and more structured in the 7 Pro’s snap. I also noticed that the iPhone 14 Pro Max would introduce highlight clipping at high zoom levels. What’s more, the Pixel 7 Pro can zoom up to 30x as well, which gives it additional brownie points.

Selfies are a mixed bag on the iPhone 14 Pro Max. I say this, because while the phone overturns a sharper image with more realistic colour tones, the handset’s edge detection isn’t the best. 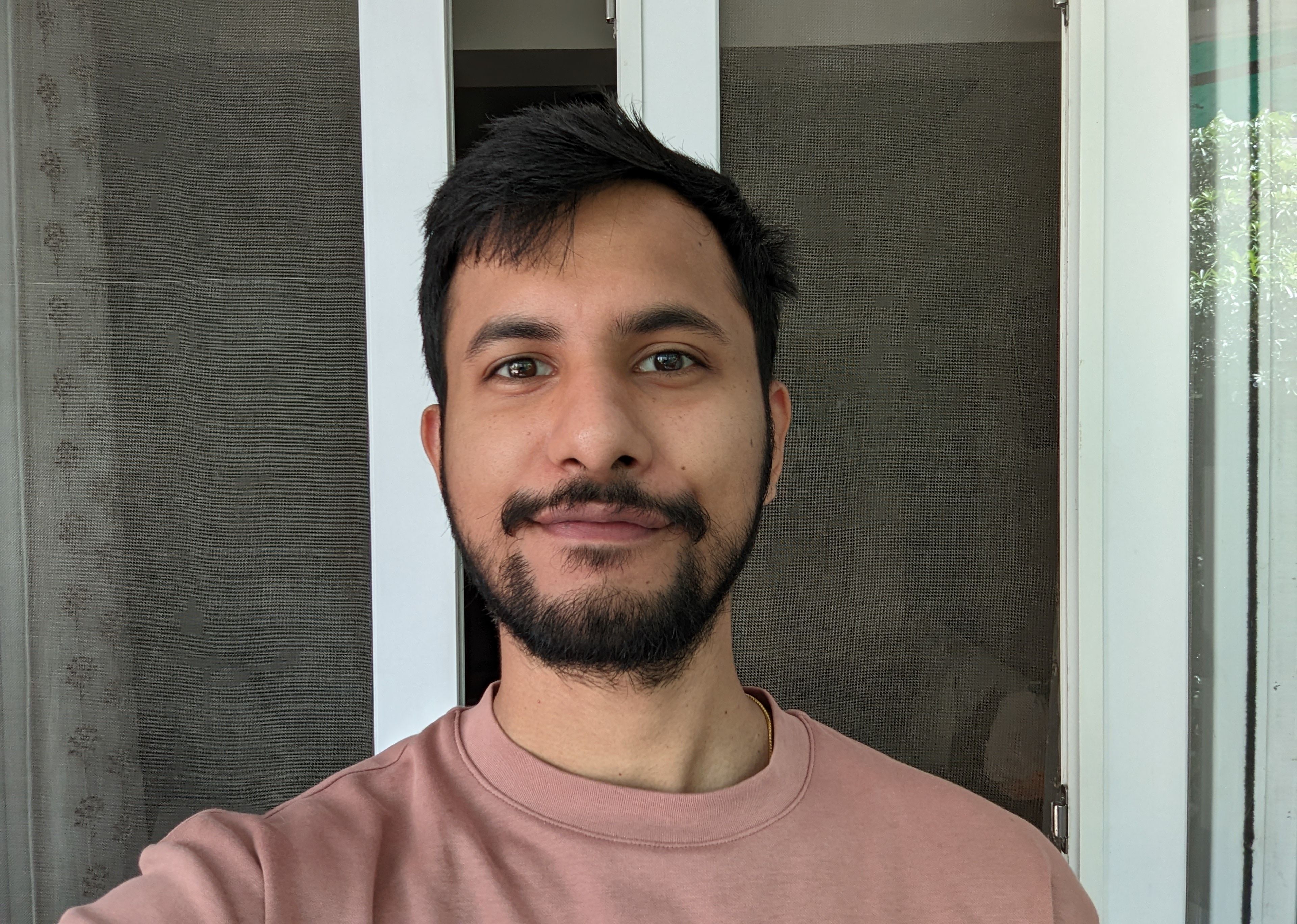 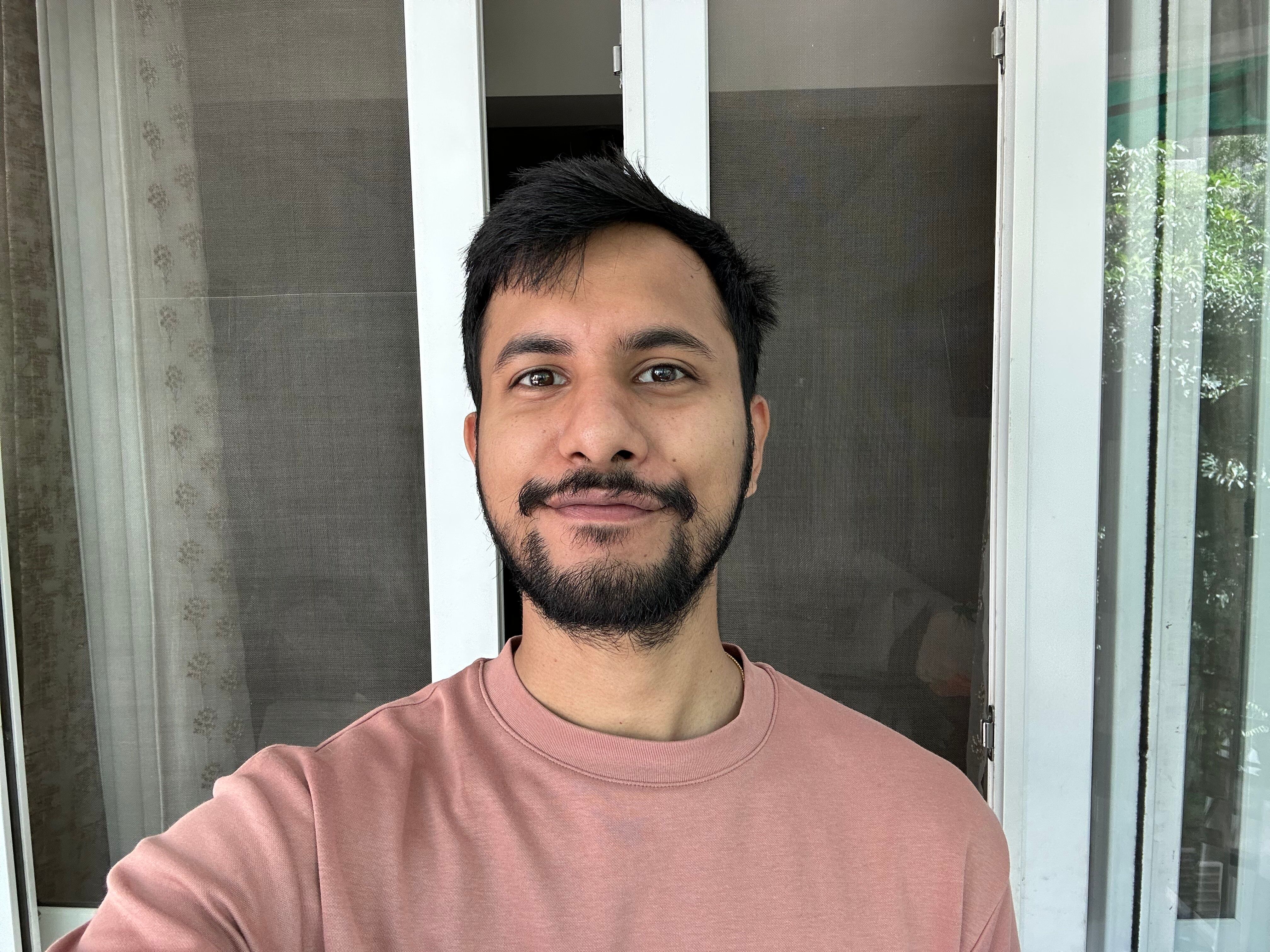 Consequently, in the slider attached above, you’ll notice that the iPhone 14 Pro Max’s selfie offers a more realistic skin tone and yields much sharper details around my eyes. The Pixel 7 Pro’s selfie, on the other hand, appears a tad orangish and the photo isn’t as sharp either. 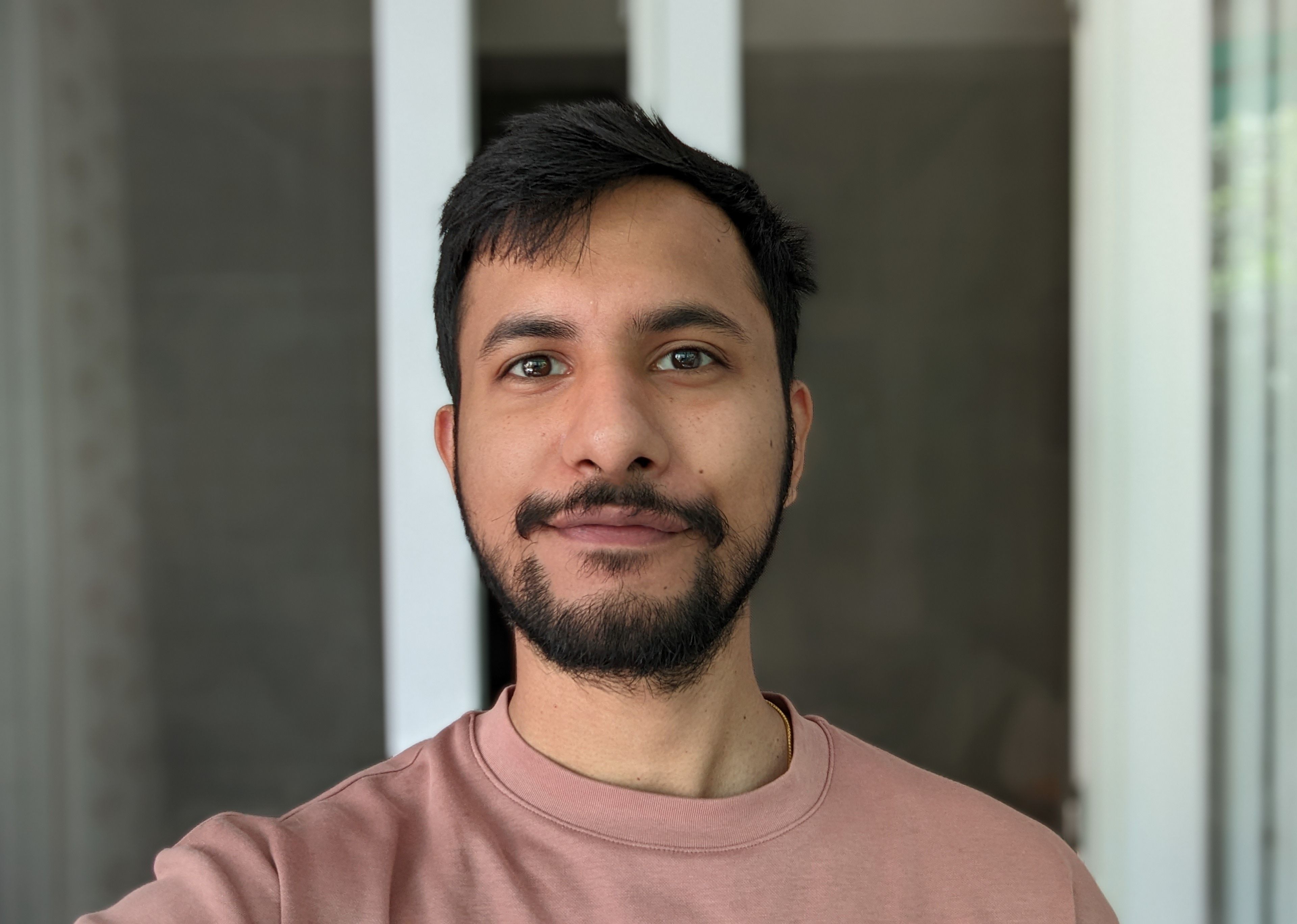 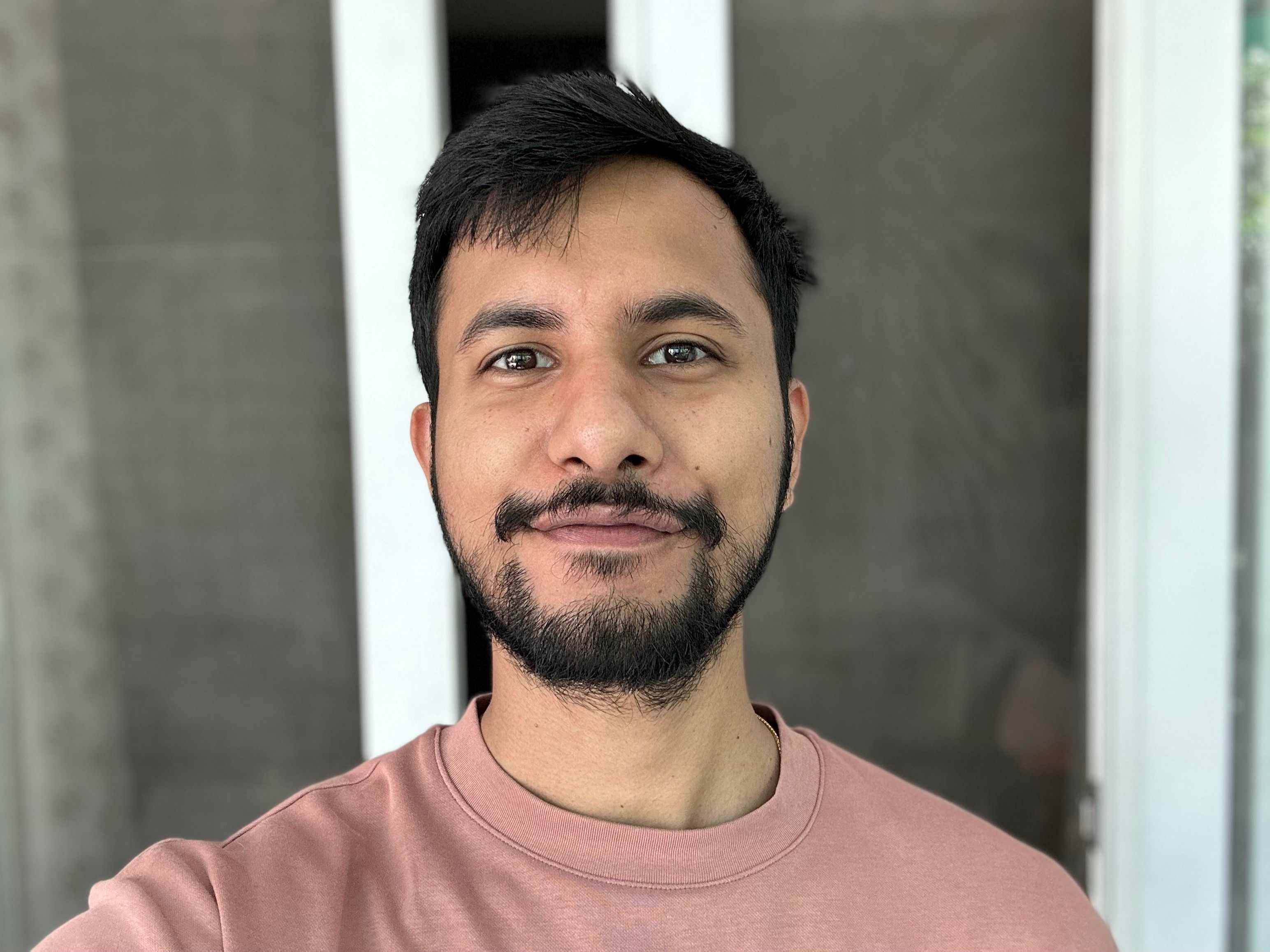 In contrast, Google’s offering one-ups the iPhone and clicks a better portrait selfie. In fact, in the slider attached above, you’ll notice that the smartphone has generated a cleaner bokeh effect around the edges of my unruly hair.

The Pixel 7 Pro takes a commanding lead after the sun has set. In fact, images snapped with the smartphone’s nightscape utility enabled offer much better details across the board. Furthermore, the handset mitigates lens flaring better too. 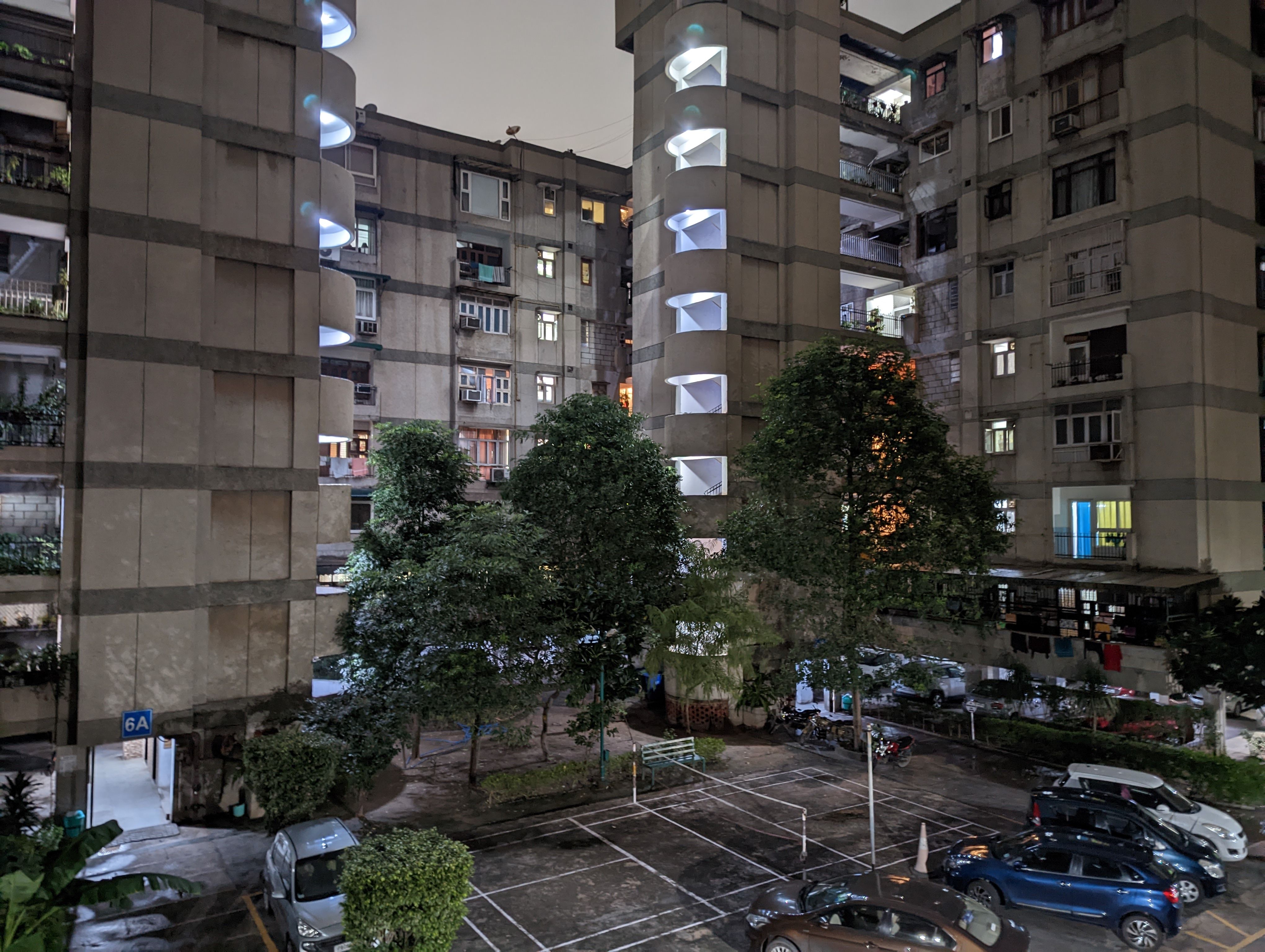 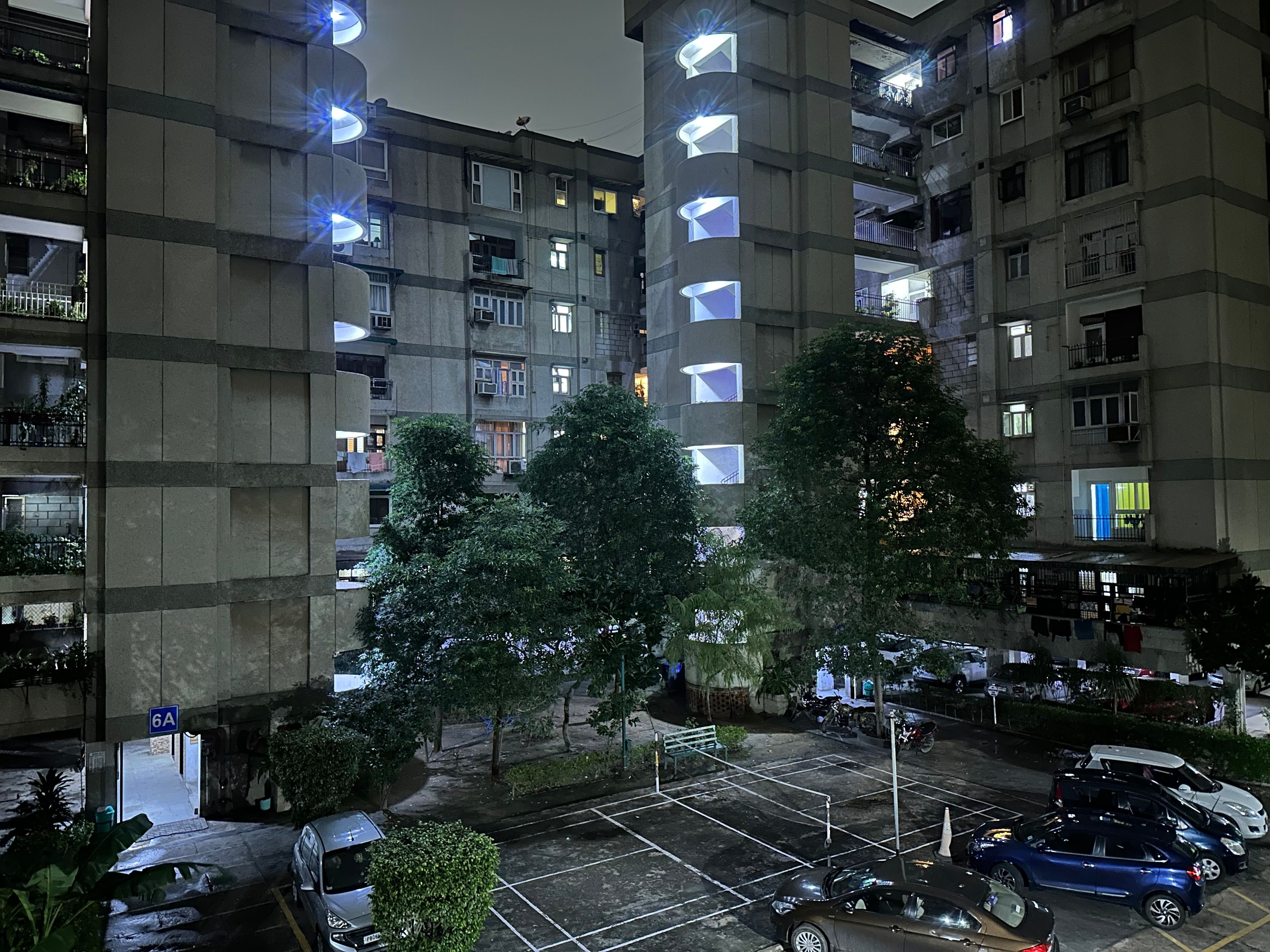 I also noticed that the iPhone 14 Pro Max’s snap had weird white balance issues. To wit, there is a noticeable blue tint emanating from the lights near the stairs. So, if you are a night owl, you’ll find the Pixel 7 Pro right up your alley.