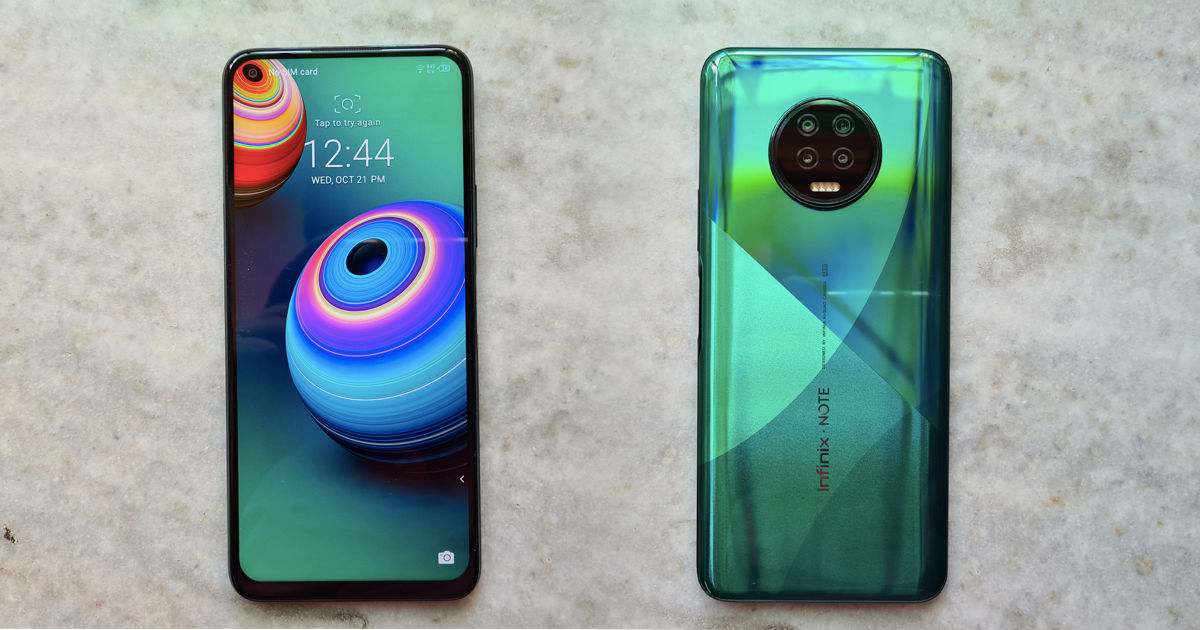 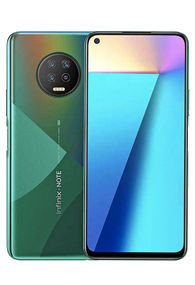 Most people point towards Xiaomi and Realme as the go-to options to go for in the budget segment, while Samsung also has its M-series lineup in contention. However, Infinix has turned out to be a competitor to reckon with in this space, thanks to compelling devices that seem good value for money. I got my hands on the gargantuan Infinix Note 7 which starts at Rs 10,999 and here is my review of the device. 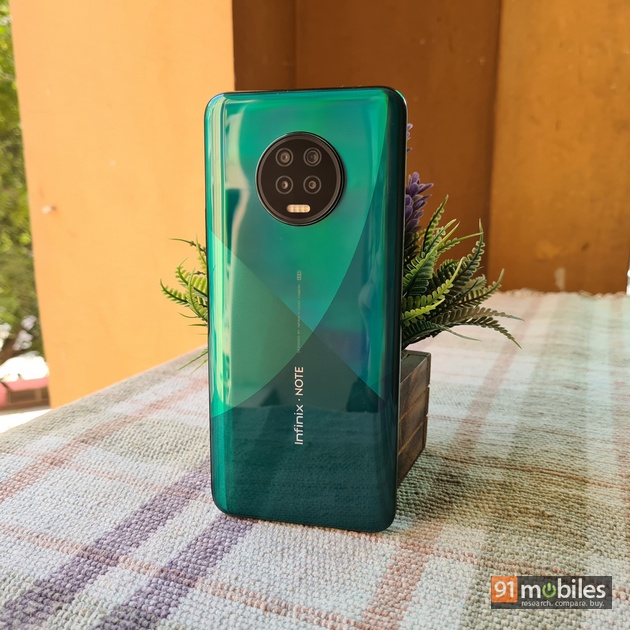 The Note 7 definitely inches closer to tablet territory. It has a huge, nearly 7-inch display and is also a bit wide, which can make using the phone with one hand a slightly difficult task. The device uses a unibody plastic design, which is quite glossy and reflective. It bears an eye-catching pattern and the Forest Green variant I received has four shades of the same colour, two of which shimmer like a prism when looked at an angle. The phone is not particularly heavy but you will feel the weight in your pocket. Unfortunately, the phone utilises a micro-USB port at the bottom, which will make you miss the Type-C world we are living in now. The power button has a fingerprint sensor integrated, and the volume rocker is placed above it. A circular camera housing, protruding slightly from the frame, encloses a quad lens along with a quad-LED flash setup. 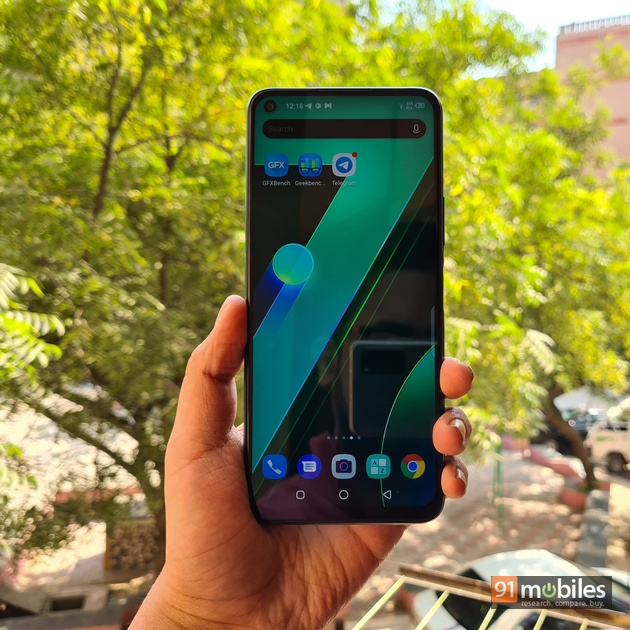 You will get a 6.95-inch LCD panel on the Infinix Note 7 with a punch hole for the selfie camera. The large size of the device does make for an increasing off-axis colour shift. Mostly the display is quite bright and showcases punchy colours, but there is pixelation around the punch hole and the edges of the screen. Except for the brightness and the blue-light filter, there are no display tweaks you can make. The colour temperature can’t be adjusted either. The expansive screen, however, does deliver on a quality viewing experience. 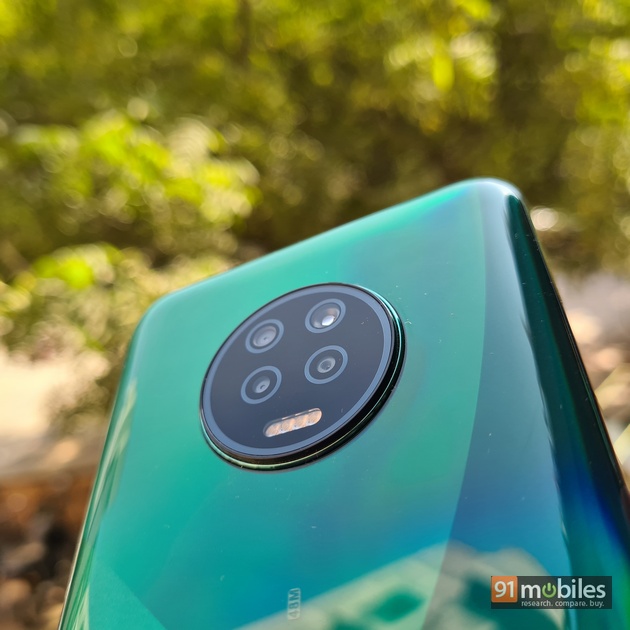 On the optics front, you are technically getting a quad-camera setup, but the heavy lifting is done by the primary 48MP sensor. That is supported by a 2MP macro lens, a 2MP depth sensor and an AI sensor. The Infinix Note 7 does a great job in daylight, which shouldn’t come as a surprise as this something all phones can do in its price range. Autofocus is slightly slow but should not be a problem for any kind of still photography. Obviously, I would have liked an ultra-wide or telephoto lens, but to little surprise, Infinix has crammed in macro and depth sensors. My qualms with the macro sensor are not going to be resolved any soon and the Note 7’s dull and blurry macro shots go on to prove my point. Largely depth detection is fine on the device but it isn’t very reliable in low lighting. As for night photography, I would have to use the word average. Most pictures have a soft focus and details are generally missing. The dedicated Night Mode is not of much help either and it takes a long time to generate a photo. The front-facing camera, which has a 16MP sensor, will take good selfies with a hint of oversharpening but exposure handling can be iffy at times. 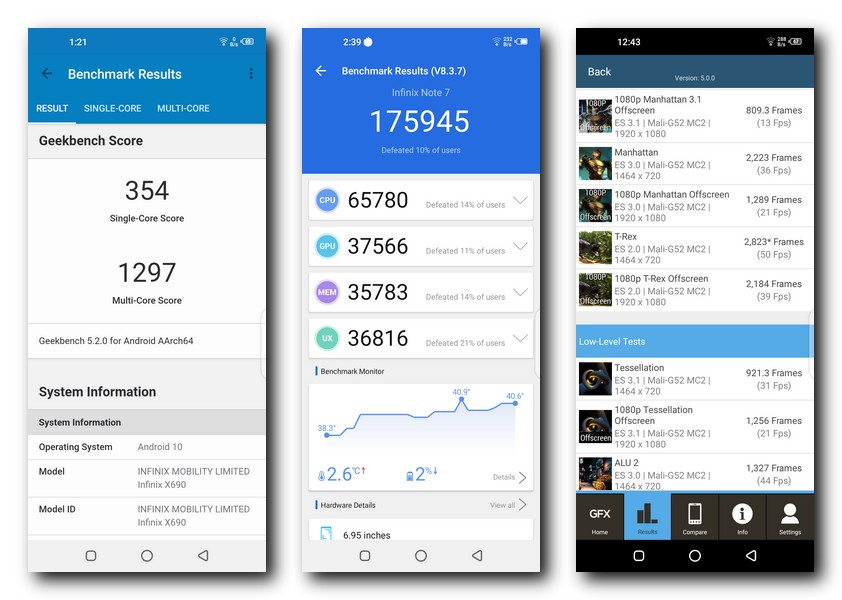 Under the hood, the MediaTek G70 SoC can handle a multitude of tasks with ease and can also manage some low-intensity gaming as well. However, overburdening the CPU will lead to heating up of the device a tad bit more than I would have wanted. Also, benchmark scores do indicate that the phone plays slightly out of its league even for a Rs 10,999 device. I expected the side-mounted fingerprint sensor to be fast and responsive, but at times the device completely failed to recognise my fingerprint even though I had cleaned both my finger and the sensor. Speaker at the bottom sounds a bit tinny, which I had expected, and the call and microphone quality are decent enough. 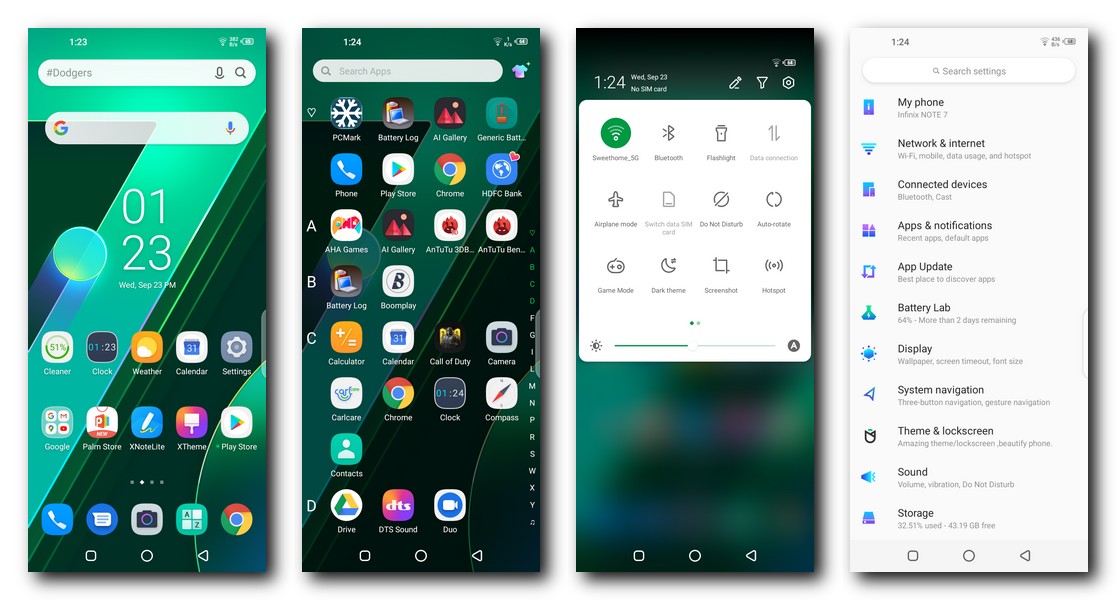 On the software side of things, the Infinix Note 7 runs the company’s proprietary XOS UI which is a dated version of Android 10. Don’t expect regular updates to the software but in general, the XOS is a light skin with some amount of customisation possible and a ton of bloatware present. 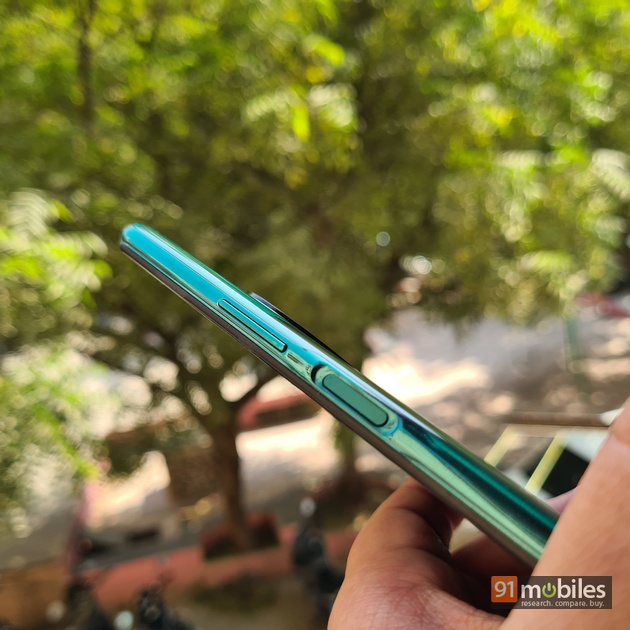 The Infinix Note 7 has a 5,000mAh battery that supports 18W fast charging speeds. In my usage of the device, it lasted easily for a day with about 35 percent battery intact. I would’ve preferred a Type-C port but the fast charging capability allows you to juice up the device in about an hour and 45 minutes. PCMark’s battery test showed that the device lasted up to 17 hours which is quite impressive.

The Infinix Note 7 has a huge, expansive display which works in its favour to offer a good visual experience. Unfortunately, the phone’s other traits do not match up. For the same or lower price, the likes of the Redmi 9 Prime (review) or the Realme Narzo 20 (review) happen to offer a lot of extra features such as better chipsets, higher-resolution displays and bigger batteries. The eye-catching design on the Infinix Note 7 will turn some heads but ultimately the device will not serve as a good value for money proposition. 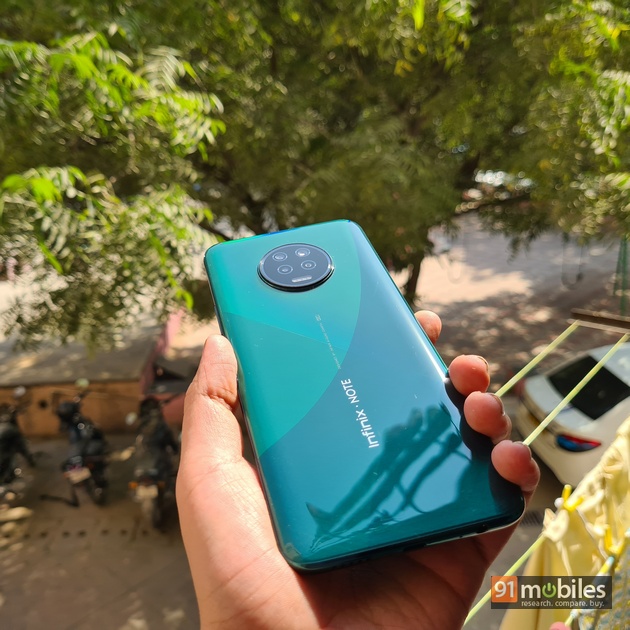