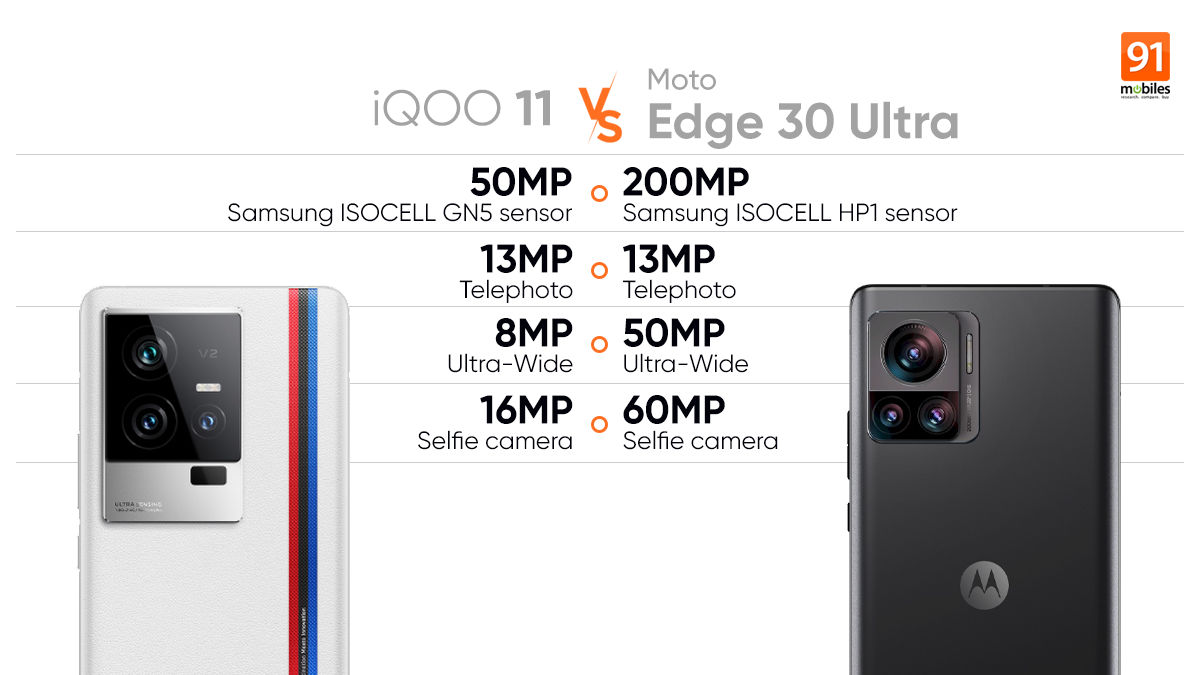 The iQOO 11 (review) is mainly a performance-focused device but it’s no slouch when it comes to camera capabilities. You get a 50MP Samsung ISOCELL GM5 sensor supported by a 13MP telephoto lens and an 8MP ultra-wide shooter. On top of that, iQOO’s dedicated V2 chipset supposedly helps in optimising image processing. 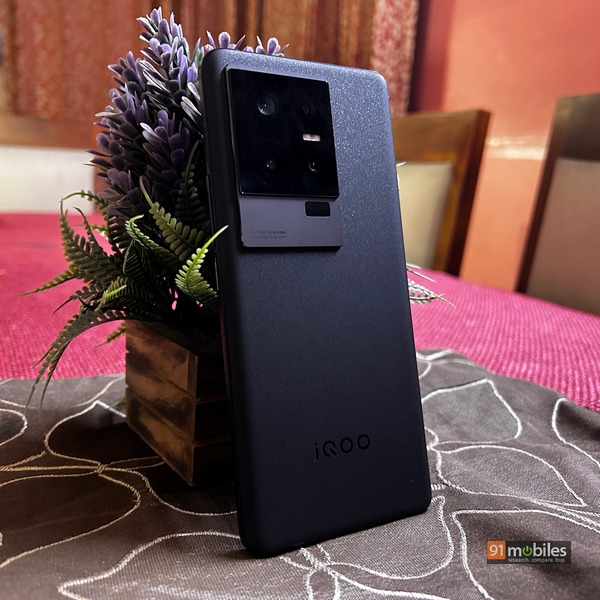 Priced starting at Rs 59,999, one of the phone’s competitors is the Motorola Edge 30 Ultra (review), which packs in a large 200MP sensor along with a 50MP ultra-wide and 12MP telephoto sensor. There’s also a 60MP selfie camera up front while on the iQOO 11, you only see a 16MP shooter. But does the extra megapixel count on the Edge 30 Ultra really give it an ‘Edge’ as far as optics are concerned? The only way to find out is through a detailed camera comparison between the two handsets. 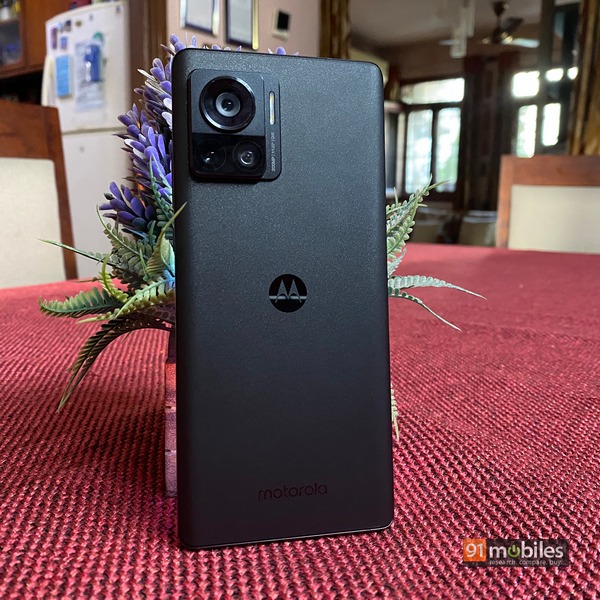 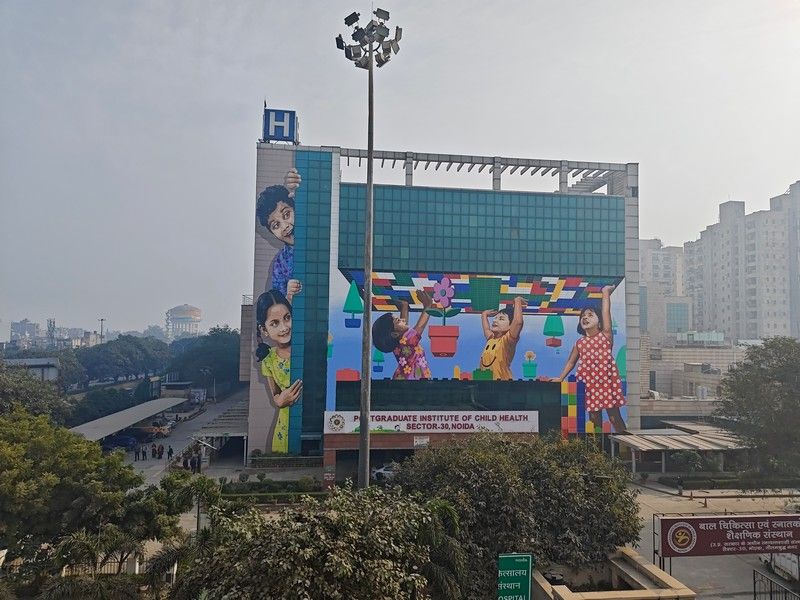 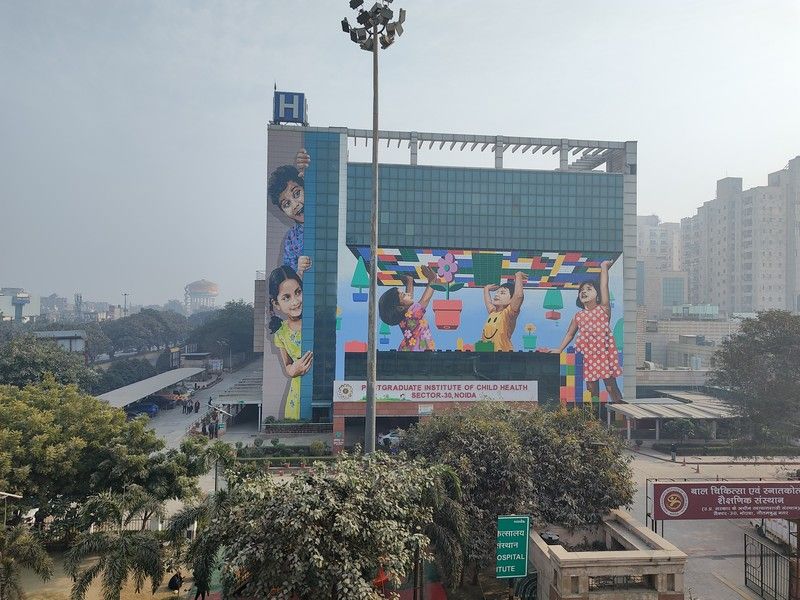 For regular daylight shots, it is hard to pick a clear winner as both phones do a remarkable job in terms of basic photography traits. Detailing is sharp in the images along with exposure compensation and dynamic range. I did notice that the images shot using the iQOO 11 have a bit more saturated look as is apparent through the overtly bright colours on the building and the trees at the bottom. 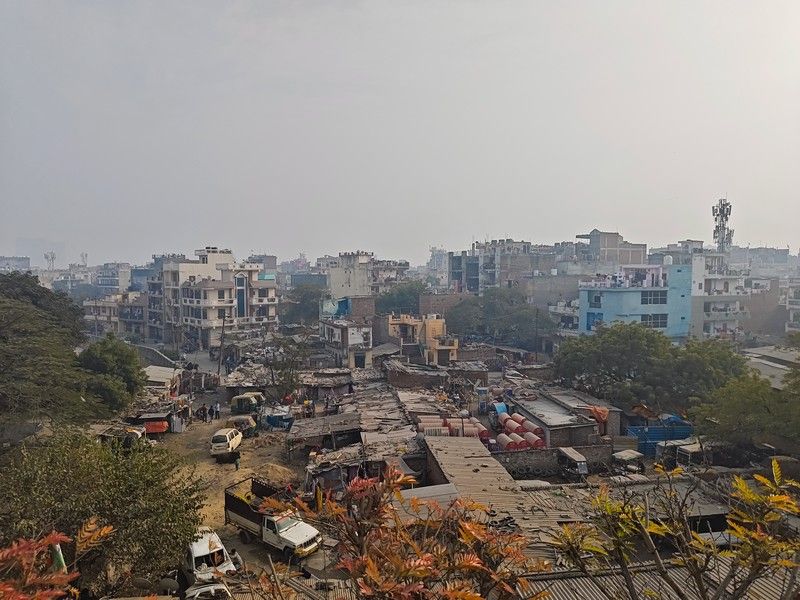 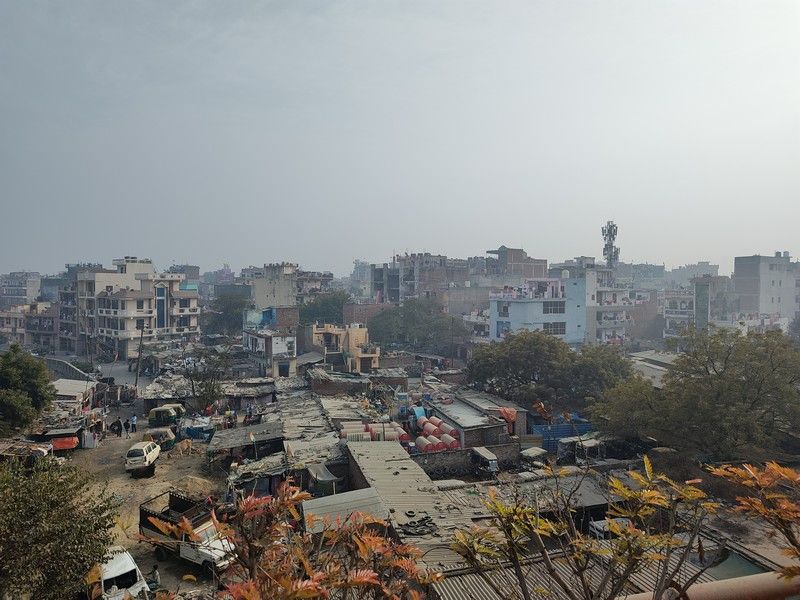 Focusing was pin-point for both devices even with a large subject present but I did notice a warmer colour temperature on iQOO’s final output. You can see that in the images above, iQOO 11 has kept the sky slightly dull in comparison to the Motorola Edge 30 Ultra. There’s no clear winner in this category so it can be called a draw. 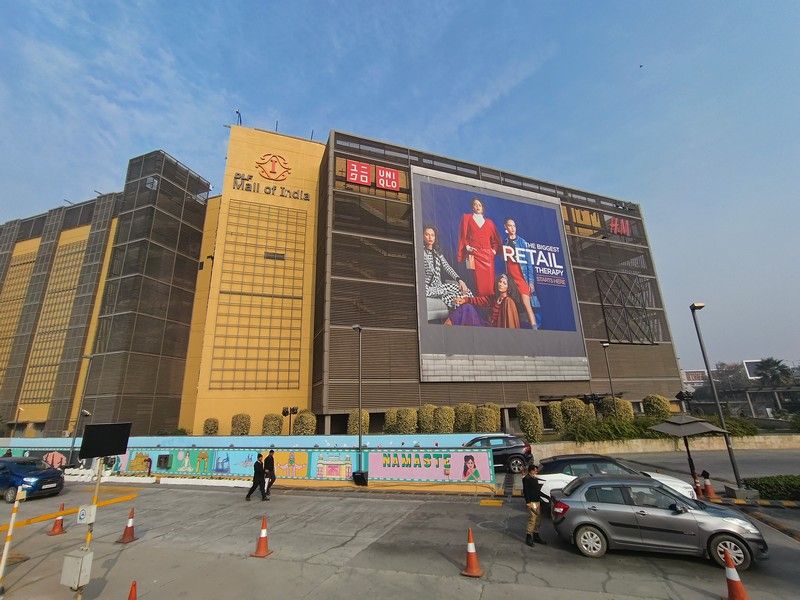 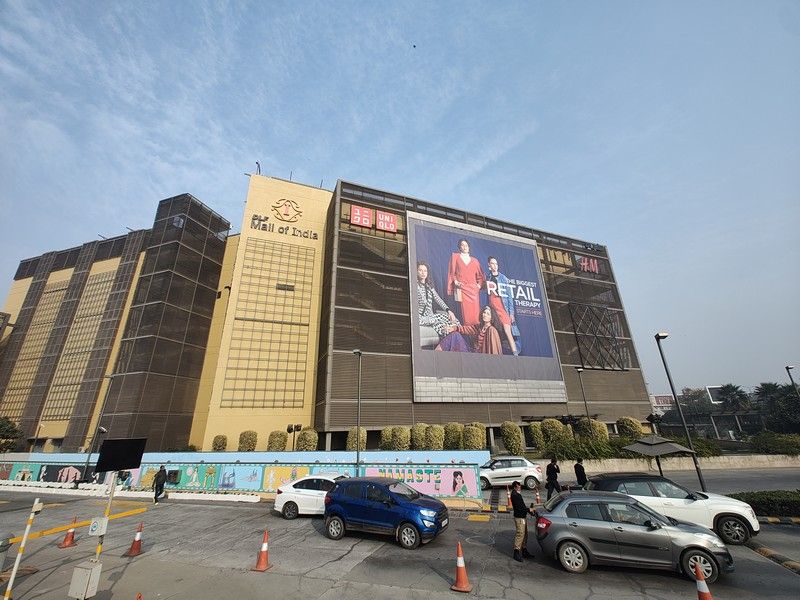 Again the iQOO 11 goes slightly overboard as far as colour saturation is concerned, pumping up the mall’s yellow walls and the red UNIQLO logo up top. However, from the standpoint of detail levels, the extra 42MP of resolution present on the Motorola Edge 30 Ultra can be used to crop in further into the shot. Normal images from either sensor compensate for warping around the edges and any excessive oversharpening. The iQOO 11 does get a better colour of the sky as compared to the Motorola Edge 30 Ultra but the latter does capture more of the cloud cover. I think this round can go to the Motorola Edge 30 Ultra, only because it offers the option of a larger crop-in area. 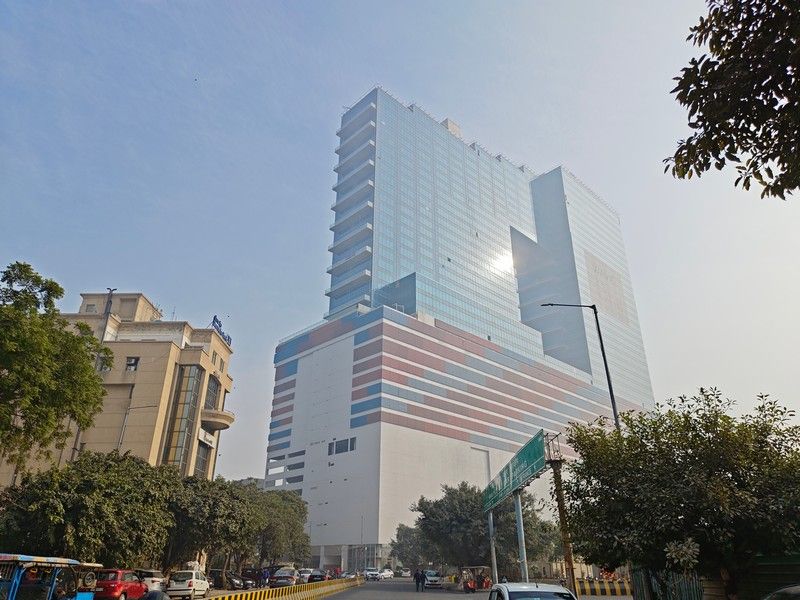 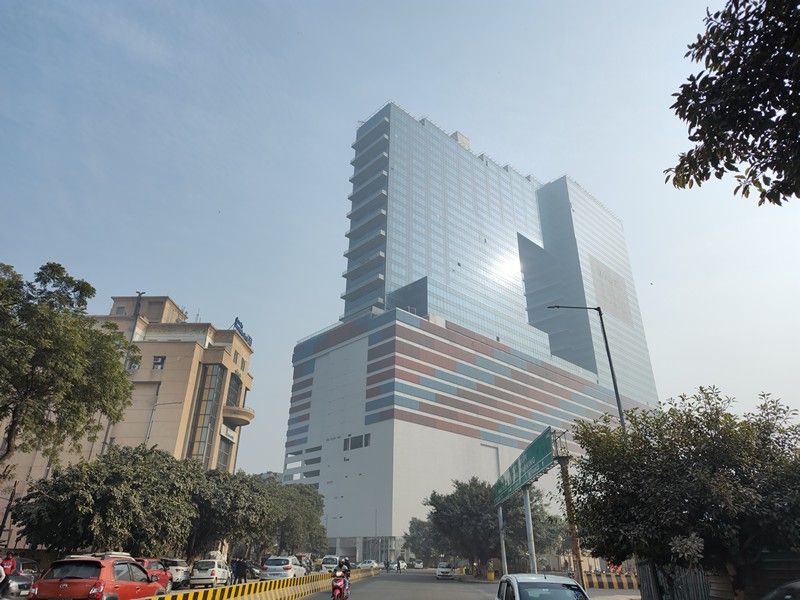 The 200MP shooter, when used at its full resolution on the Motorola Edge 30 Ultra, definitely gives the device some leeway for a deeper zoom on subjects. This is something that the 50MP GM5 on the iQOO 11 can not match up with. Without putting in a close crop, both phones take about the same picture as I had mentioned in the section about pixel-binned Daylight landscape shots. However, when I crop to 100X on the Motorola Edge 30 Ultra image and I bring the same level of crop to the iQOO 11 shot, the difference is stark. The latter is highly overprocessed and skimps on the details while the former retains substantially more. This round is won by the Motorola Edge 30 Ultra through the sheer might quadrupling its final output resolution as compared to the iQOO 11. 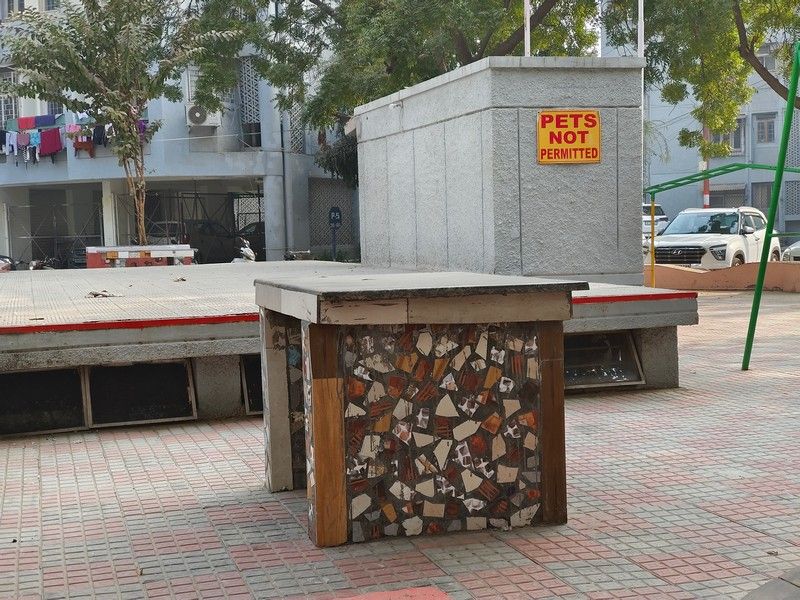 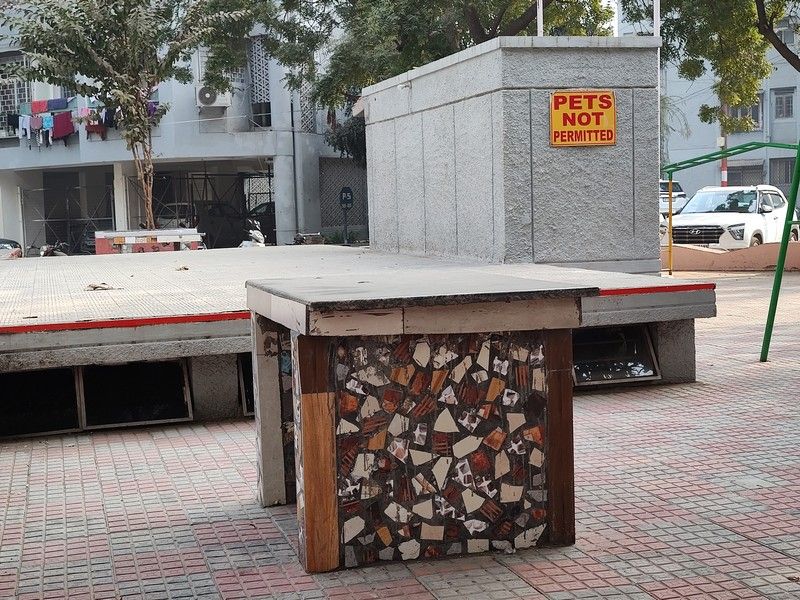 Having a look at the 2X telephoto shot being outputted by the two devices, it appears the Motorola Edge 30 Ultra does take the lead again. The shots seen above have been taken from the exact same spot with two times optical zoom. The tiled cement structure in the middle basically looks the same on both devices except for better colours on the Motorola Edge 30 Ultra. Also, when you see the wall where a sign of ‘Pets not permitted’ is hung, an extra layer of detailing can be seen with Motorola’s shot. If only by a slender margin, the Edge 30 Ultra takes the cake on this round. 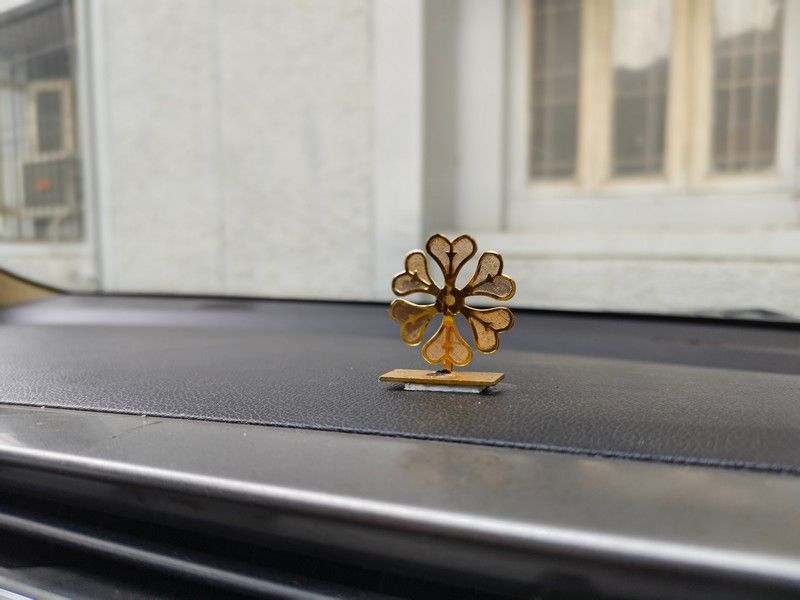 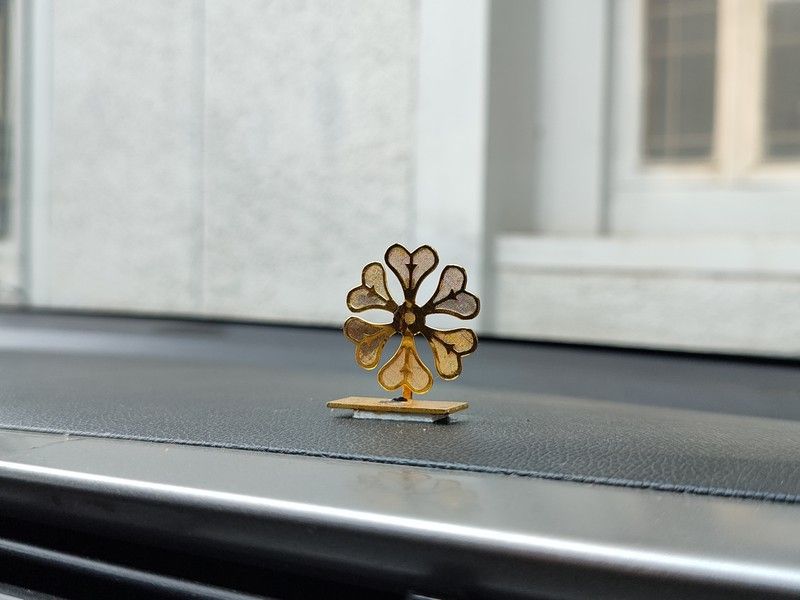 The natural bokeh in both phones’ portrait mode images looks great and is not overdone. Also, you can adjust the background blur even after you have taken the shot on both the iQOO and Moto handsets. So it basically comes down to the colour science, edge detection and detailing of the final shot. In these categories, I can see no clear winner as both phones do a stellar job of bringing the subject into the foreground. This category can be called a tie. 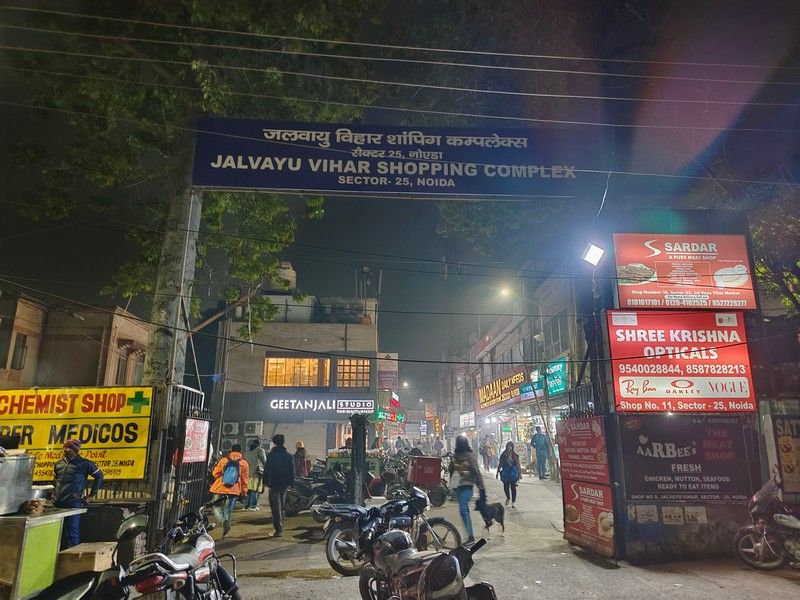 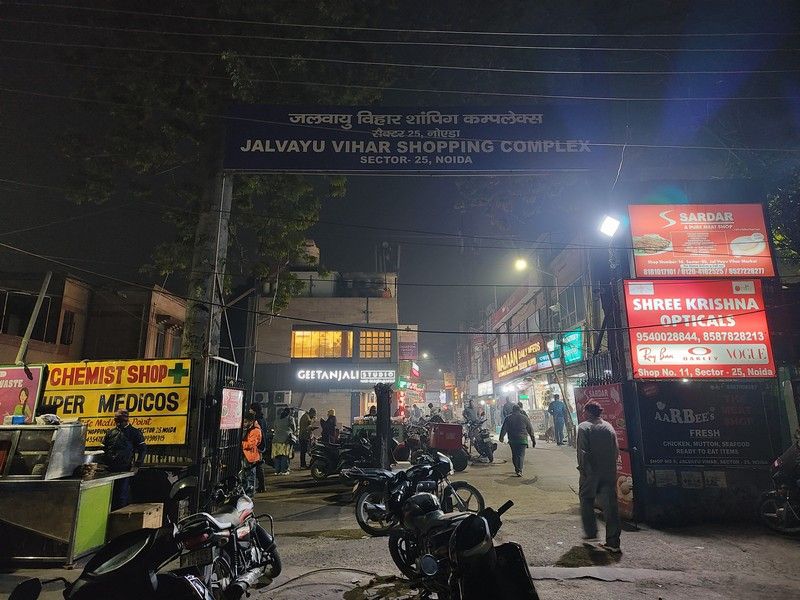 In low light, both smartphone cameras get the basics right for the most part. There’s a bit of lens flaring visible that neither phone could rectify but it seems more obvious on the Edge 30 Ultra. Also as far as detailing goes, the trees on the top are captured better with iQOO 11’s camera alongside the shadows. Colours actually remained quite similar on both shots but if I had to pick a winner I would again go with iQOO’s slightly more natural tone. For its part, the Motorola Edge 30 Ultra’s shot will also go down easy on the eye of the consumer but the nitty-gritty improvements on the iQOO 11 give it the winner tag for this round. 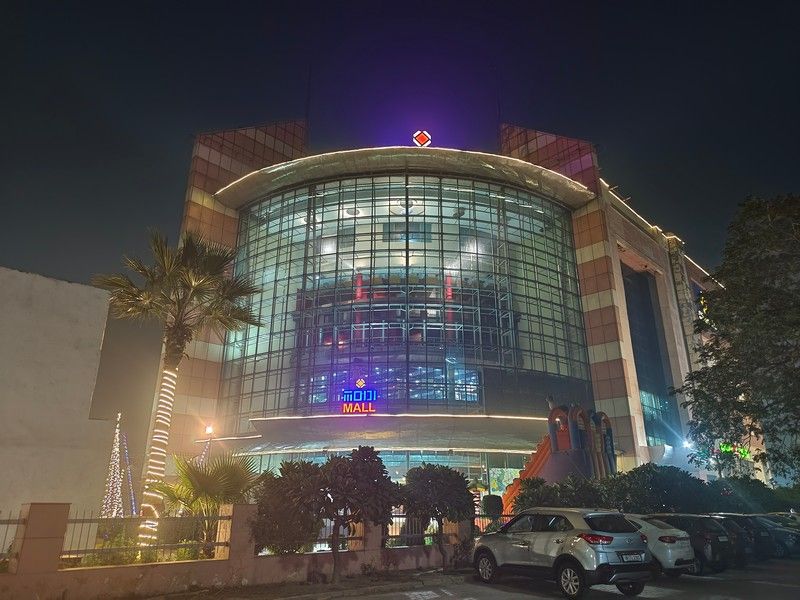 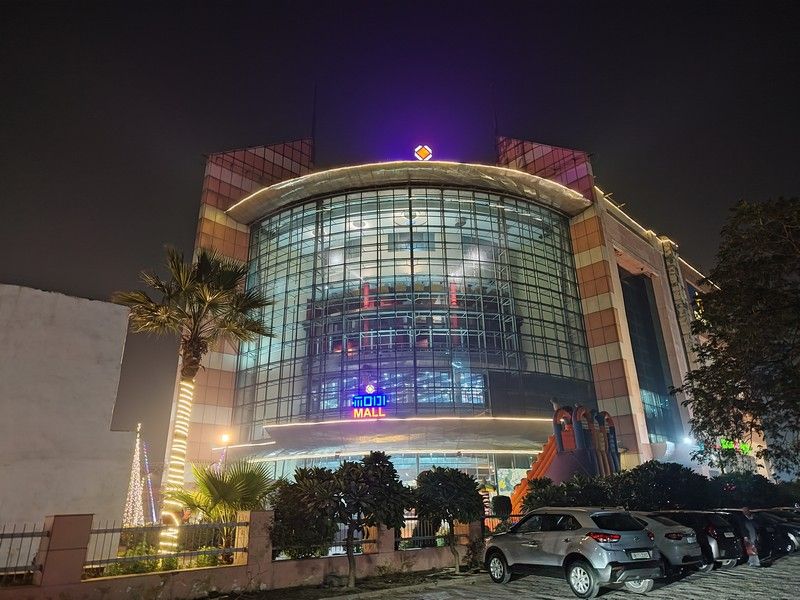 With the AI-enabled Night mode on, slight increments in detailing are visible on both images. There’s better exposure in the shadows, more contrast in the lights and a reduction in the amount of noise. You wouldn’t be hard-pressed to mistake one shot for the other if not for a few niggles here and there. The iQOO 11 image has marginally better colours and the lights wrapped around the trees on the left have better exposure. However, for the purposes of this comparison, this round is a tie. 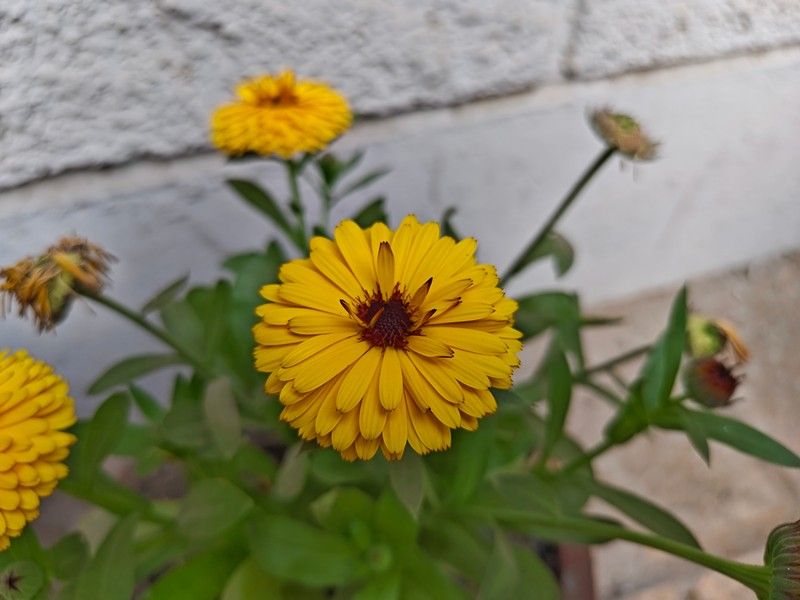 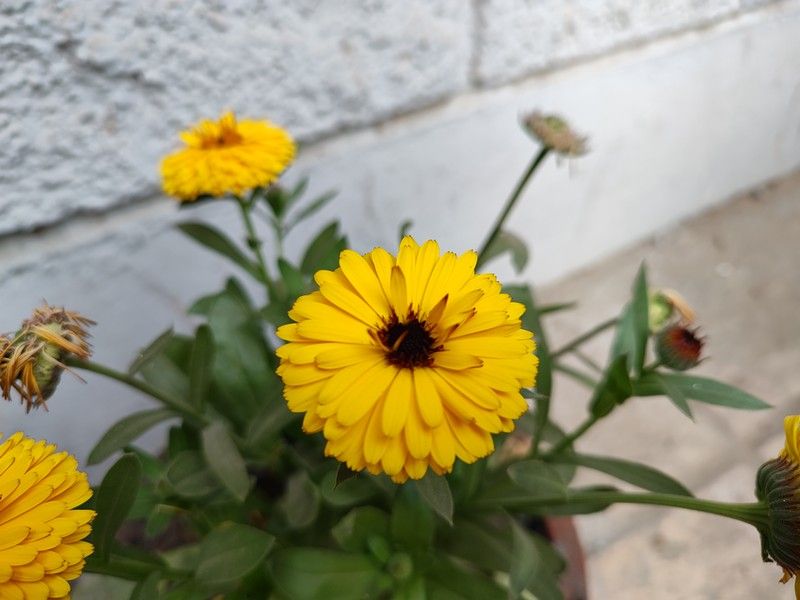 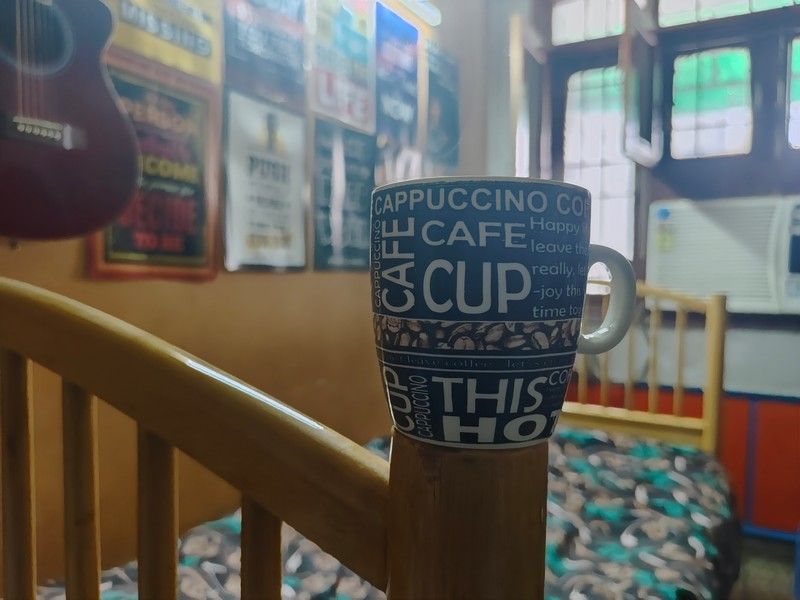 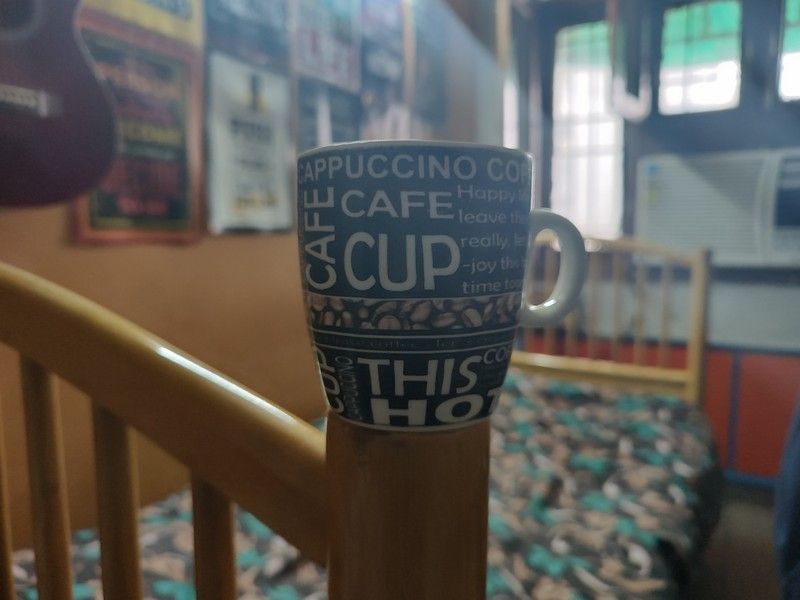 The iQOO 11 does not have any macro photography capability, but it does take much better images up close than the Motorola Edge 30 Ultra. In the shots above whether it is an indoor situation or in good sunlight, the iQOO 11 gets a lower plane of focus and better details on the subject. Colours are also replicated correctly when compared to the iQOO 11. This round can be easily given to iQOO’s offering. 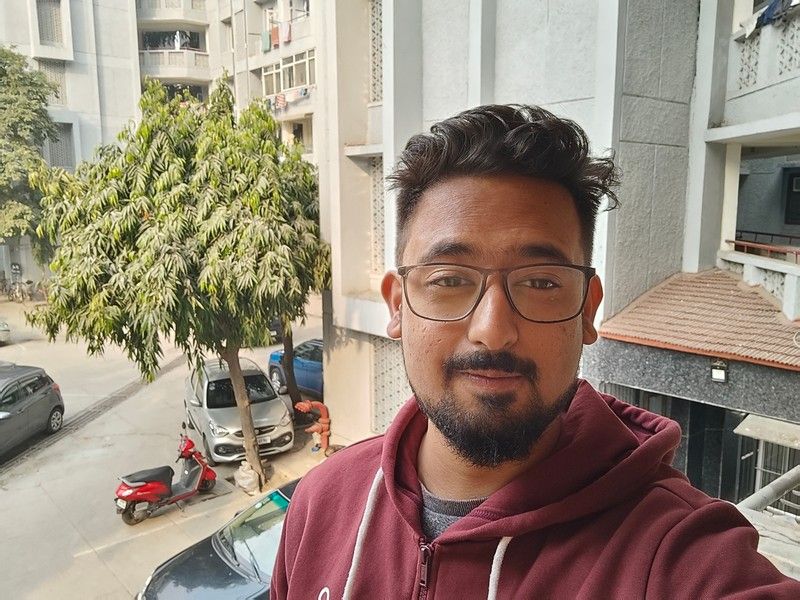 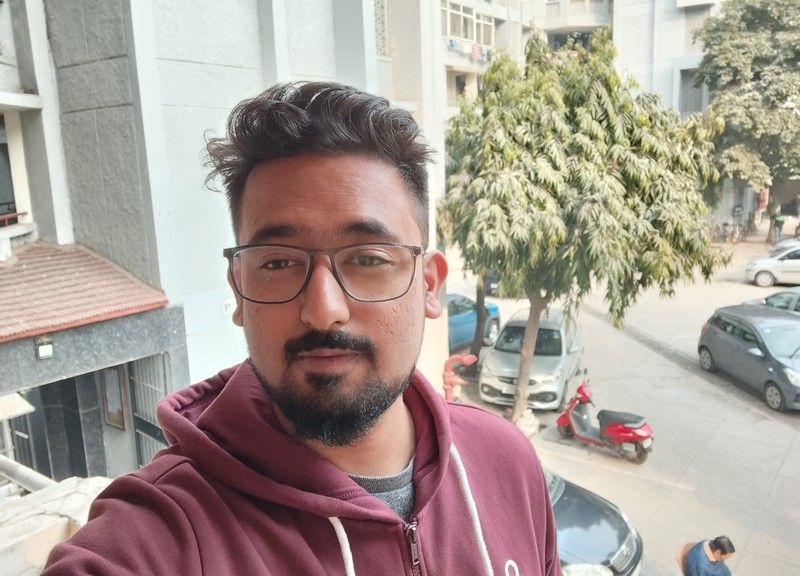 There’s a 16MP selfie shooter on the iQOO 11 while the Motorola Edge 30 Pro boasts of a 60MP selfie camera. However, when it came to the final output, iQOO’s image was better as compared to Motorola’s. The imagery behind my face is very soft and overexposed on the Edge 30 Ultra and facial detailing is highly sharpened. Compare that to the iQOO 11’s crisp background detailing, correct skin tones and oodles of facial features, and it becomes clear that it is the winner in this round.

The final tally of points for the iQOO 11 is three which is also the case for the Motorola Edge 30 Ultra. There are also three draws in comparison where users can pick either phone and not feel any difference. Here I would like to point out that the iQOO won two of its three victories in a very decisive way while two of Motorola’s victories emerged just because it packs in a larger megapixel count in its sensors. There is no overall winner in this fight but if you do like low-light photography and selfies, then the iQOO 11 is a reasonably good option. On the other hand, if you like to click shots that can be cropped into without losing detail, then the Motorola Edge 30 Ultra is the way to go.