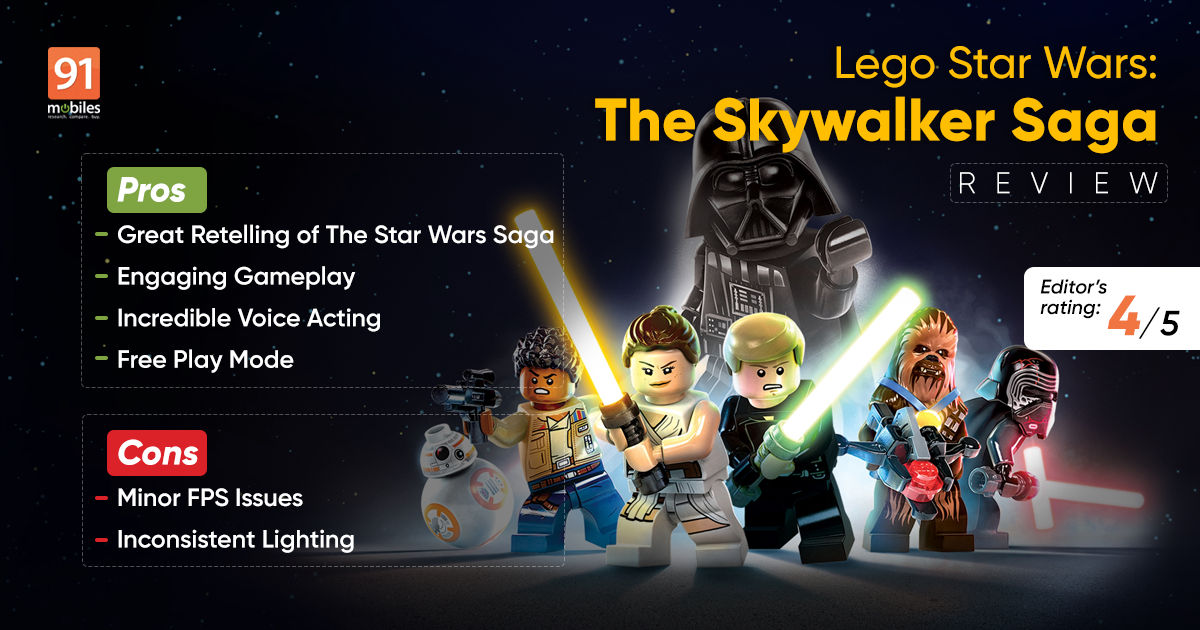 As a lifelong Star Wars fan, all I ever wanted to experience was a video game that encompassed all of the movies from the franchise. That wish finally came true with Lego Star Wars: The Skywalker Saga, as fans can finally experience all of the main three trilogies in an interactive yet enjoyable manner. From the great heights of the original trilogy to the baffling storytelling of the sequel trilogy, Skywalker Saga has everything to offer in Lego form. 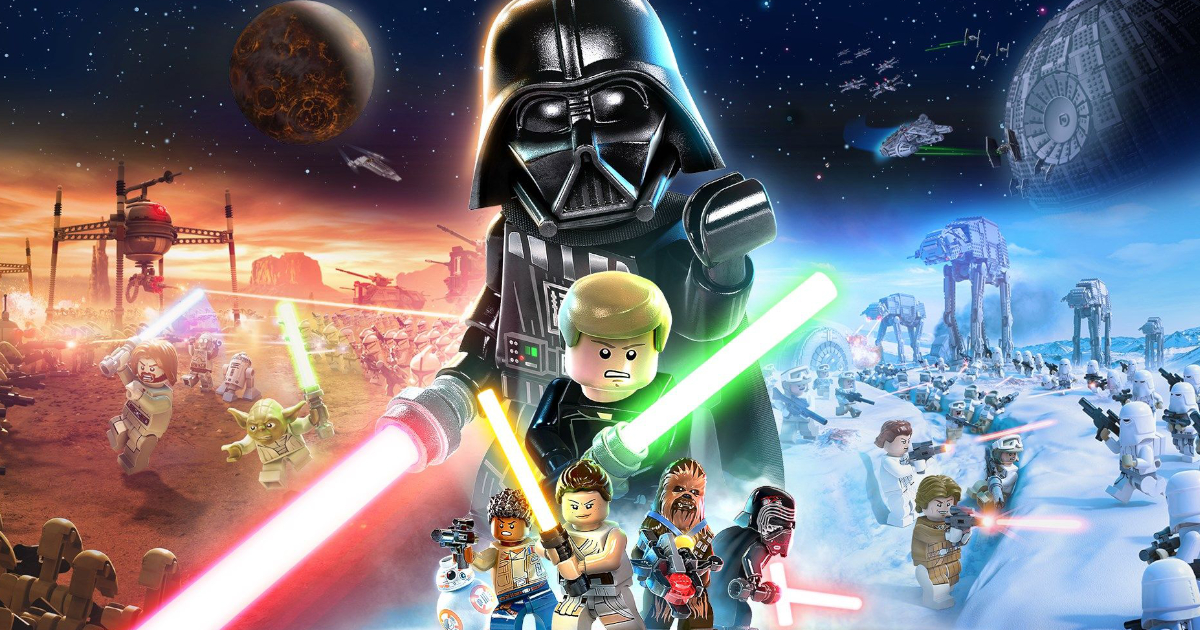 Retelling the entire Star Wars saga in video game form was perceived as an impossible task; however, the developers from TT games managed to strike the right balance in one whole package. However, retelling the Star Wars saga with the Lego charm and humour adds another layer to an already epic story.

Fans of the franchise will be able to experience all three mainline trilogies in whichever order they prefer. While most of the story of each trilogy follows the movies closely, there are still some differences and liberties taken by TT games. Regardless of their starting point, players will get to experience all of the significant events from the movies in both gameplay and cut-scene formats. However, what’s unique is that every bit of lore is presented with Lego’s classic humour twist. Some cut-scenes involve machines falling apart or some tongue-in-cheek dialogues that make reliving the tales even more entertaining. 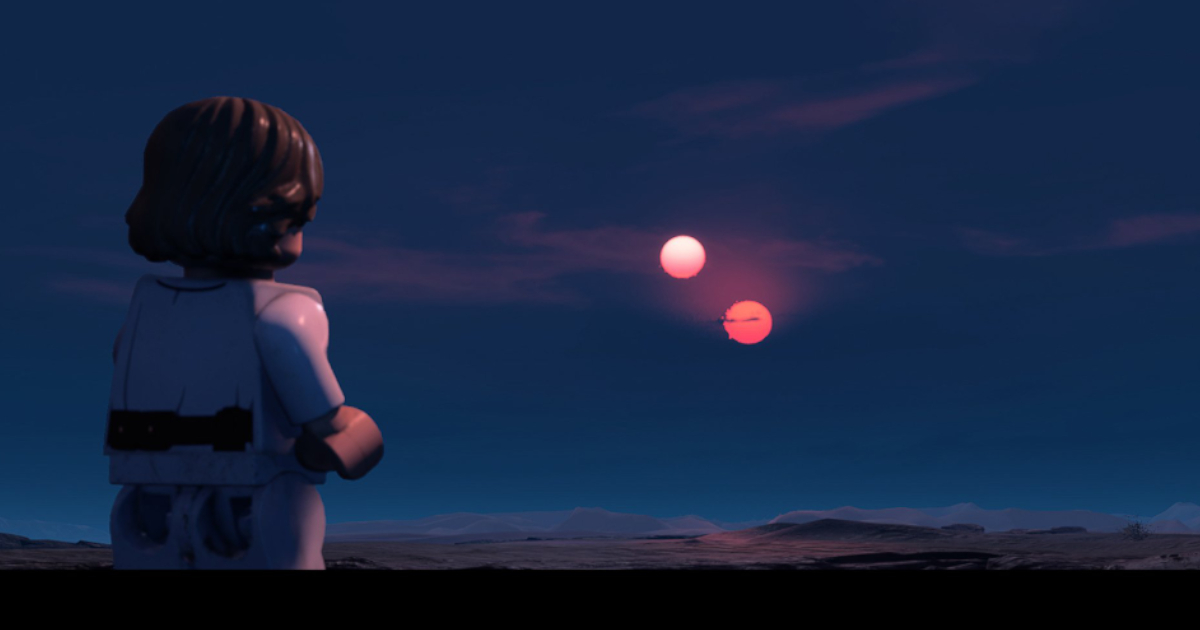 However, it is worth pointing out that not every sequence from the movies has been played out in Lego Star Wars: The Skywalker Saga. The fast-paced storytelling nature of the game means that players will be able to explore every movie from the three trilogies in a relatively quick time. What’s great is that TT games bothered to use voice actors from The Clone Wars and Star Wars Rebels TV shows to deliver accurate impressions of actors from the movies. In short, Lego Star Wars: The Skywalker Saga pays respectful homage to every film in the most manageable way possible.

As an extension of the mainline stories, this is also the first time players will be able to explore areas many of the famous scenes from the movies are set in. For example, you can explore the barren desert of Tattoine or check out the great architecture of Naboo. If you’re an Original Trilogy fan, this will also be the first time you will be able to check out the planet Coruscant with great detail. Many of these semi-open arenas also serve as battlegrounds for some of the most iconic fight scenes, such as the landing pad on Kamino or the rainforest in Endor. The sheer number of iconic environments from the movies that have been brought to life is a sight to behold.

The combat in Lego Star Wars: The Skywalker Saga is one of the best implementations players will get to experience when compared to some of the recent Star Wars video games. You can play as a Jedi, a Bounty Hunter, or any other 300+ characters available in the game. Mainstay features such as using the Force, flinging lightsabers and deflecting particle beam blasters also make an intuitive return. There’s a lot of variety in combat for players to use, which encourages players to use every character possible. 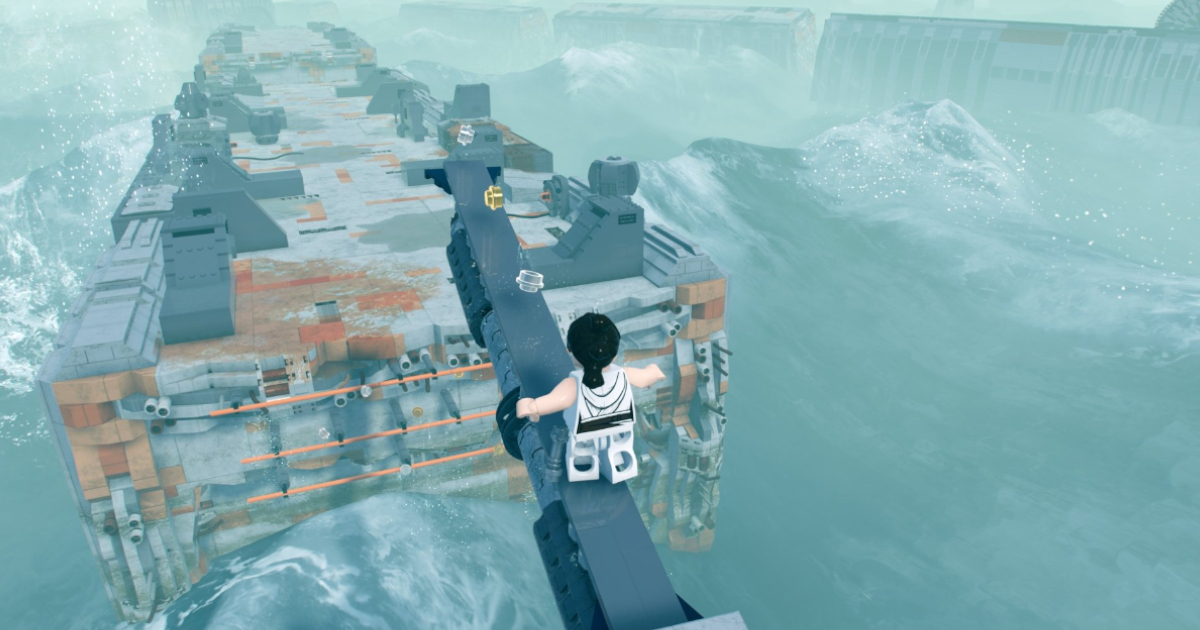 Like many role-playing games, many characters are classified into different classes that come in handy for completing complex puzzles. Some of these puzzles can be solved in their first playthrough, while others require specific characters that can only be accessed once players beat the entire game. Many of the puzzles require a force user or unique items like a grappling hook that unlocks in a specific character’s skill tree progression.

While the game’s story might be fast-paced, there’s enough content for players that warrants additional playthroughs. There are many collectables like Kyber Bricks, Lego Studs and challenges to complete that will make playing Lego Star Wars: The Skywalker Saga worthy of your time. What’s neat is that none of the game’s content is locked behind a paywall which means you don’t have to cough up additional money to access everything in the game. If you still want to explore more, the game even offers a ‘Free Play’ mode where you can treat every planet as your personal playground and explore every crevice the environment offers.

The Skywalker Saga is available on almost every platform imaginable; however, for this review, the game was played on the PlayStation 5. On the PS5, Lego Star Wars: The Skywalker Saga can be played at 60 FPS at 1440p resolution (dynamic). However, if players prefer sharper details and slightly enhanced graphics, the game can be played at 1980p resolution, albeit at 30 FPS. However, it is recommended to play the game at 60 FPS due to the nature of the combat style and exploration phases the game has to offer. 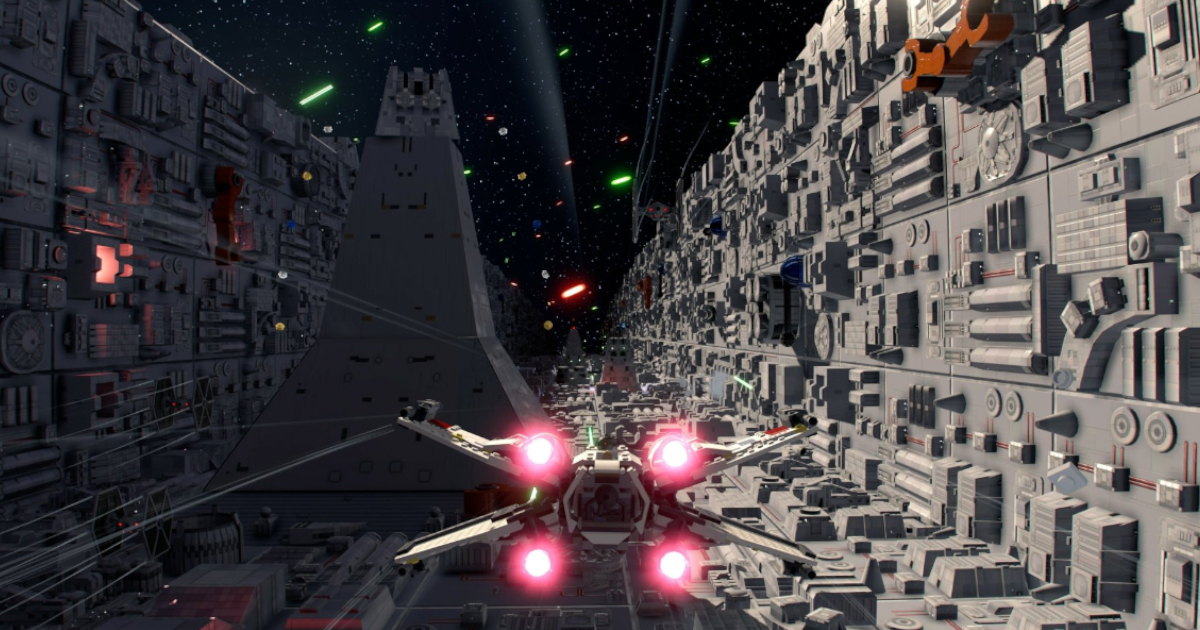 While the PS5 version does a great job of delivering up to 60 FPS, it does struggle a bit with the dynamic resolution. Having said that, it’s still a great trade-off considering the noticeable difference in gameplay when playing at higher frames. Having said that, there are still some FPS drops, regular stuttering and minor lighting issues that have largely been fixed with patches. So there’s still room for improvement, and the game could see more tweaks in future updates.

For players who want to experience Lego Star Wars: The Skywalker Saga on the PS4, the game plays at 30 FPS/1080p, which is still an impressive feat on a console from the previous generation. There are other sacrifices players may have to deal with on lower-powered systems like the Nintendo Switch, such as short draw distances, less accurate shadows, longer loading times and other texture related adjustments.

With a hilarious twist on the Star Wars saga, TT games have delivered a stunning recreation of the popular series that exceeded expectations. The game never gets boring and has a plethora of content to offer for fans of the franchise. From engaging combat mechanics to incredible voice acting, Lego Star Wars: The Skywalker Saga is the perfect adventure to experience this summer, even if you’re not a fan of the science-fiction soap opera. While the game suffers from minor performance issues, it’s still worth experiencing one of the greatest fiction stories ever told in video game form.