For most people, Leica is a name they’d be familiar with because the company provides its camera expertise to Huawei for flagship smartphones like the P20 Pro (review) and Mate 20 Pro (review). But what if I tell you that it’s also one of the oldest camera brands around? It actually launched its first camera in 1913. Since then, the German camera major has been outing some great shooters which stand out from those carrying labels of players like Canon and Nikon in more ways than one. In November, the company introduced the D-LUX 7, which has gone on sale in the subcontinent recently with a price tag of Rs 94,300. I took a trip to the mountains to see whether the Leica D-LUX 7 is worthy of its price tag, and after using it for more than a week, here’s what I make of it. 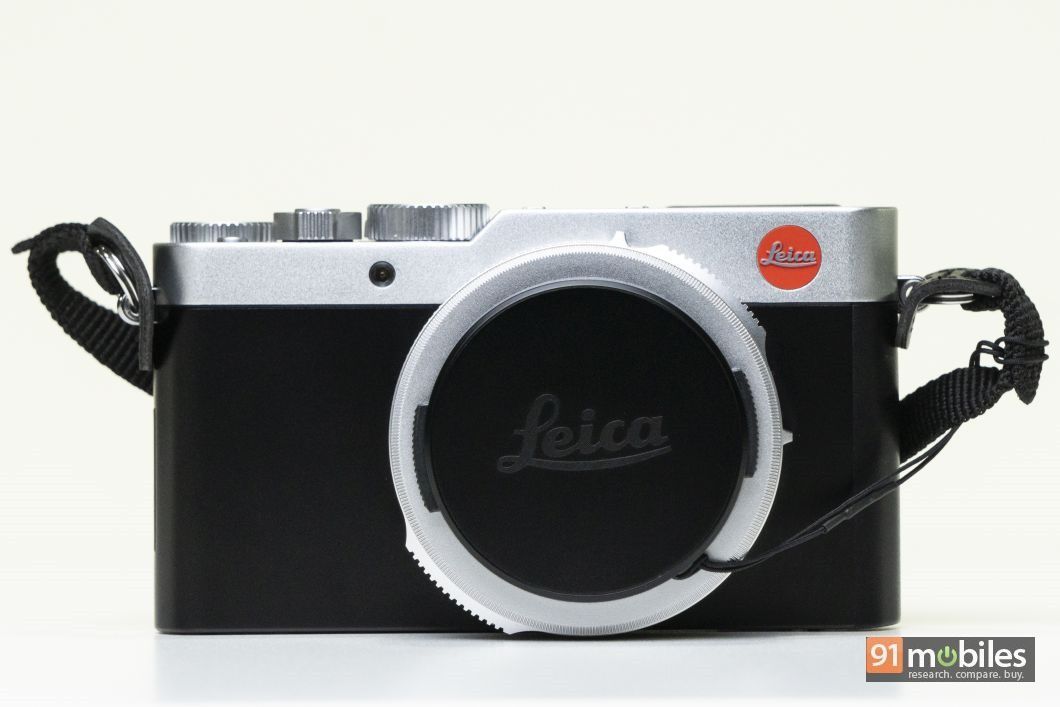 Before I begin the review, it’s important to understand that the D-LUX 7 is neither a DSLR, nor a mirrorless camera. It’s actually a micro four-thirds shooter, which isn’t as popular as the other types. A micro four-thirds (MFT) camera refers to a mirrorless four-thirds system which was released by Olympus and Panasonic back in 2008. The sensor in an MFT measures 13.5 x 18mm, which is half of the size of the full-frame sensor. As per an old formula from the days of CRT TVs, this results in a 33.75mm sensor, which in inches is 1.33, or 4/3, and hence the name. Another reference to the name is the fact that these sensors shoot in 4:3 aspect ratio natively. In essence, the device features the same footprint as a normal point-and-shoot camera, but with DSLR-like features (including a larger sensor, better manual controls, etc). It’s also worth mentioning that the D-LUX 7 is actually manufactured by Panasonic, which has a similar offering of its own, dubbed the LX100 II. However, the D-LUX 7 has Leica’s image processing unit. The latest offering from the brand’s stables is the successor to the D-LUX (typ 109) and boasts a better sensor and a touchscreen, among other things.

That was one of the comments I got while I was using the Leica D-LUX 7 during a recent excursion. While it might sound negative, I think it works in favour of the shooter. The classic, retro-looking design packs all the modern features in the size of a pocket camera. 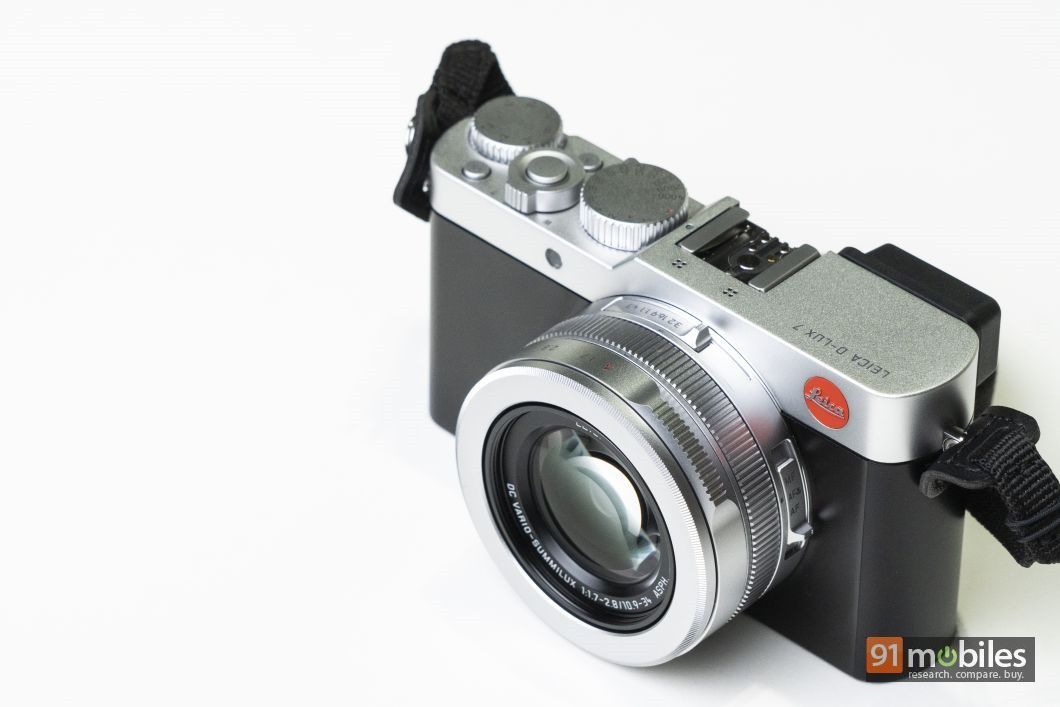 In fact, the footprint of the shooter will certainly sway many buyers as using it doesn’t seem like a chore. Weighing at just ~400g, the device isn’t bulky and ensured that I could go on long treks and capture the scenic beauty comfortably.

Sadly however, there’s no grip on the D-LUX 7. In a bid to maintain its minimalistic design, the device doesn’t have anything to hold onto at the front. This means that it’s prone to slipping from your hands unless you’re using the neck strap. 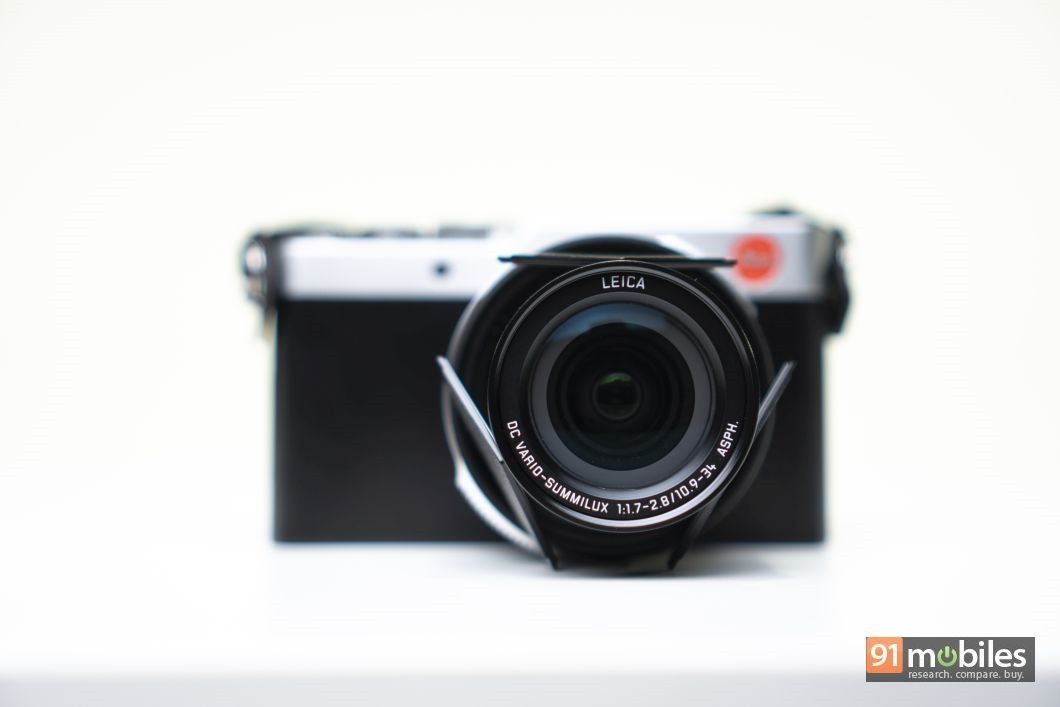 That aside, Leica’s offering will get your attention with its simple-yet-elegant silver and black dual-tone finish, with the brand name mention in bright red. You’ll also appreciate the clean design throughout. At the front, you’ll find the lens barrel with various controls (to be discussed in the subsequent section). I also liked the fact that the lens cover is attached to the body, ensuring that it doesn’t get lost easily. If you’re looking for something fancier, then the flower petal lens cover (which is an optional extra) will turn heads wherever you go. Basically, this makes the lens open like a flower (see image above) when you turn the camera on. 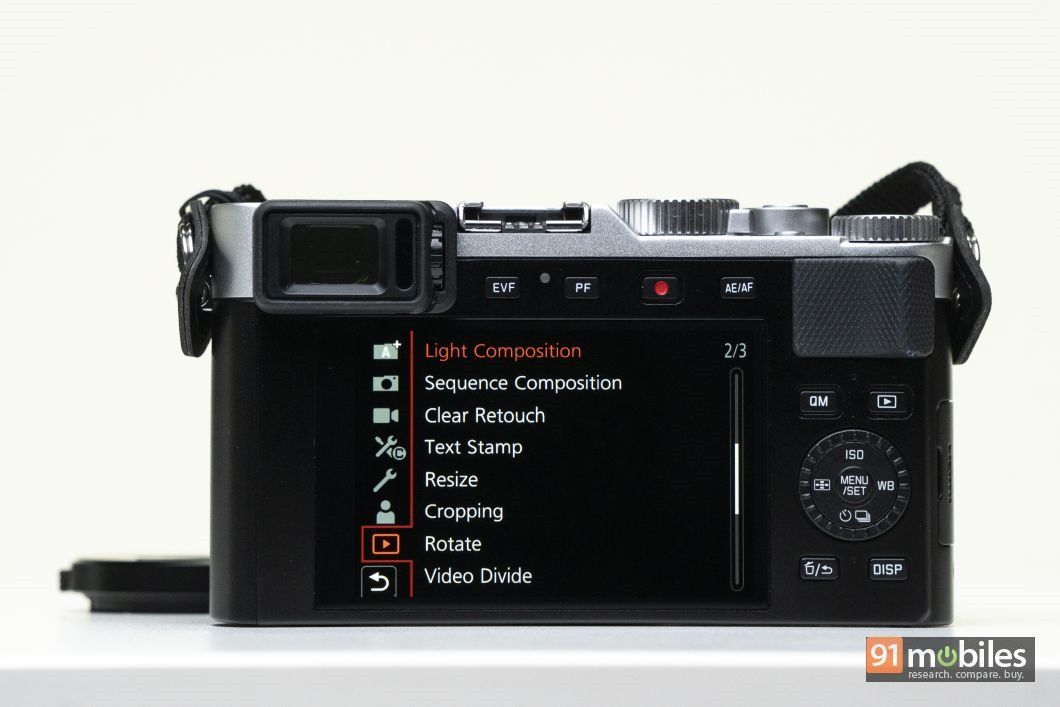 The Leica D-LUX 7 features a 3-inch display with a resolution of 1.24 million dots. The screen is crisp and offers ample brightness to be used outdoors. Furthermore, it’s touch-enabled, which makes the camera a joy to use. However, you may not need to use it that often, which brings us to…

It’s a tall statement, but you just need to lay your hands on the shooter once to see that it’s actually true. In fact, Leica’s camera ensures that you start using various controls to get the best picture without the need of fiddling with different menus and options. You see, on the lens barrel itself, you get a dial to change the aperture (you can set it at Auto or choose between f/1.7 and f/16) as well as the ability to control the zoom level (also doubles up to let you change the focus). Speaking of which, you can also choose between Autofocus, Autofocus for macro objects and Manual Focus. Lastly, you can also switch between different aspect ratios – 3:2, 16:9, 1:1 and 4:3. 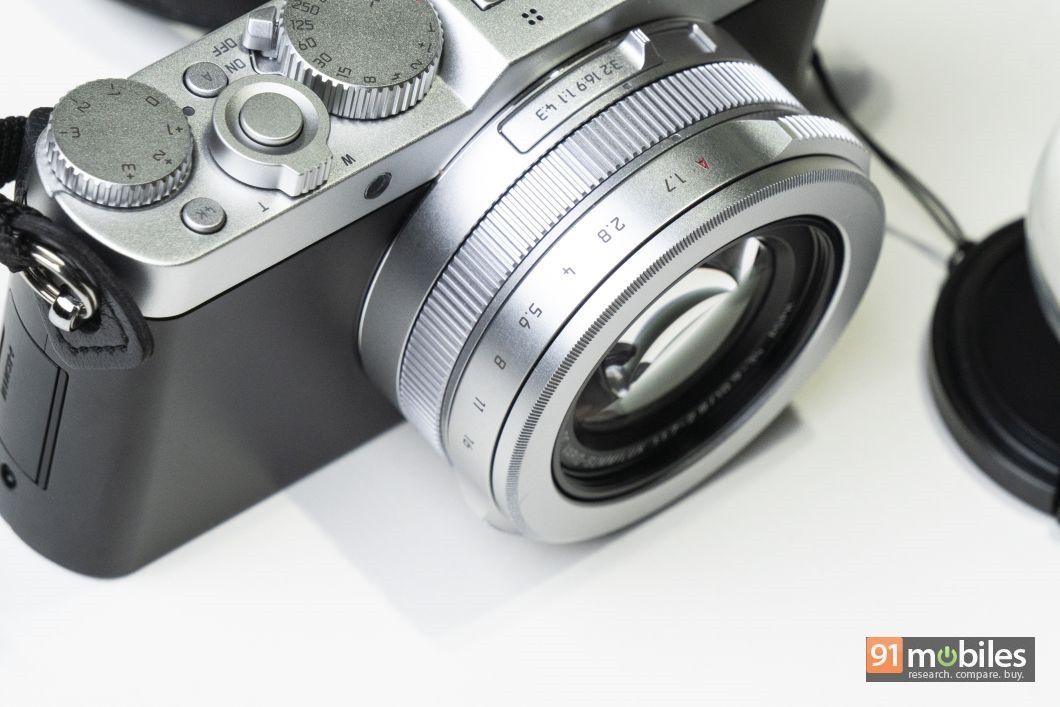 Up top, you’ll find the shoe mount, a dial to choose the shutter speed between Auto, and 1/4,000, all the way up to T (similar to a bulb mode). You can also tweak the exposure level from -3 to +3. Surrounding the shutter button is another zoom dial. As far as buttons are concerned, you’ll find the A key for switching auto or program modes and a 4k option, which gives you the ability to capture multiple shots together and pick the best one. 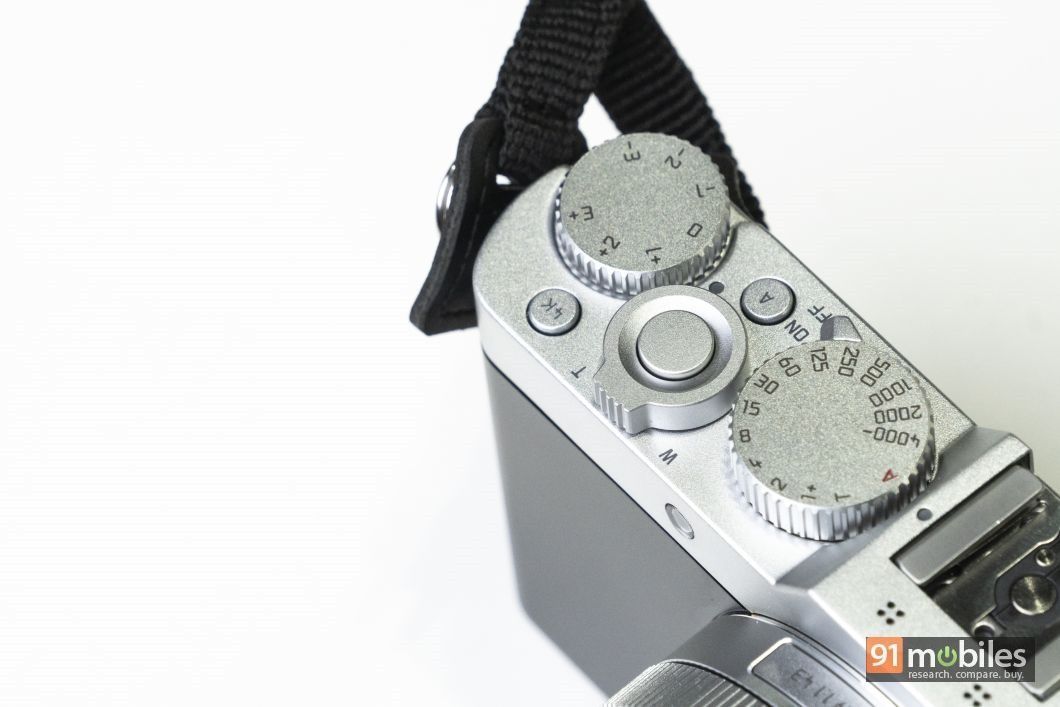 Coming to the rear, this is where the Leica D-LUX 7 seems to offer a chockfull of options. While it might seem daunting at first, you should be able to get accustomed to the controls as soon as you start using the device. Alongside the electronic viewfinder, you’ll find the EVF button to toggle whether you want to use it. Then there’s postfocus, which is quite interesting as it lets you change the focus on the subjects during the post-processing. After that there’s a video recording button, and a key to enable or disable auto exposure and autofocus. The good thing is that you can customise these buttons for other things as well. 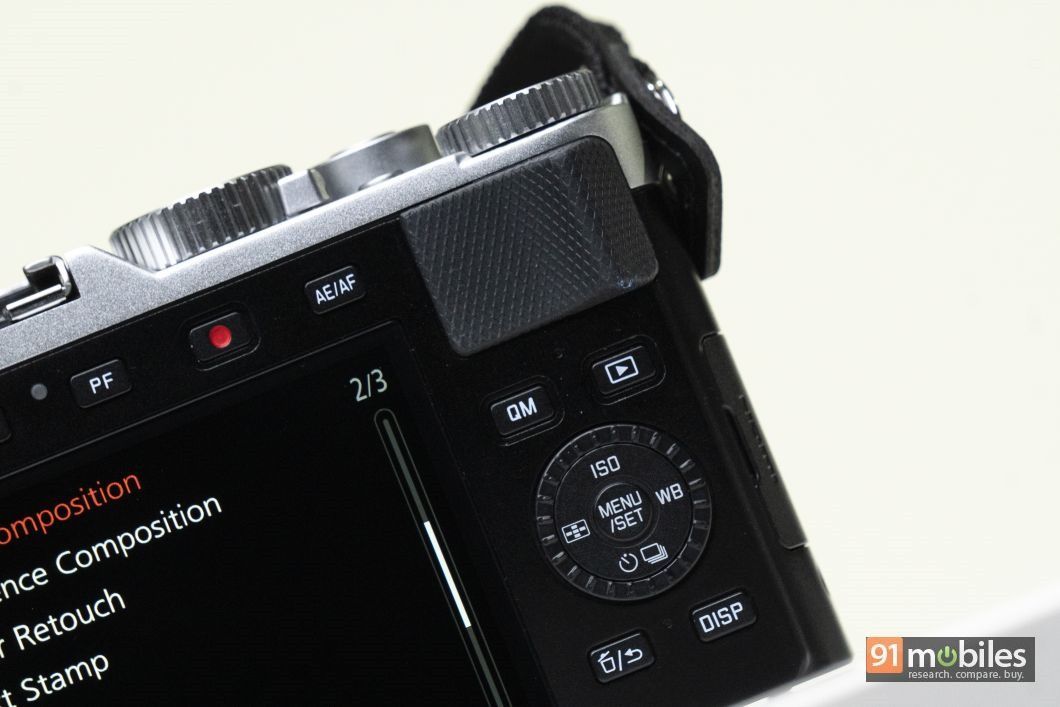 The D-pad lets you control the ISO (from 200 all the way up to 25,600), white balance, focus mode and self-timer. The button in the centre lets you access the menu, though you may not need to do that very often as there’s a Quick Menu button on top of the D-pad. You’ll also find the preview button beside it, while the delete buttons and display buttons are placed further below. 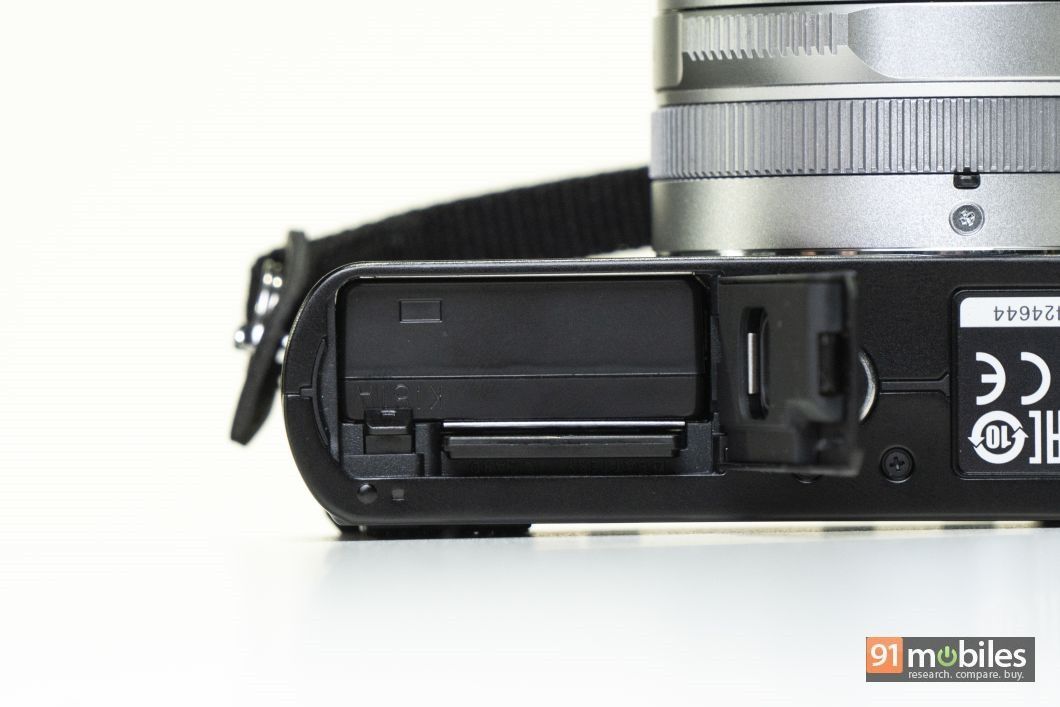 On the left edge, the camera has a flap to hide the HDMI port and the micro-USB charging socket. At the base, you’ll find the tripod mount, and a latch that features slots for the battery and SD card.

While the design and build of the Leica D-LUX 7 is quite impressive, what about the actual image quality? The device features a fixed lens with a resolution of 17-megapixels and a focal length of 24-70mm. In short, you’ll like the colour reproduction with good contrast and saturation levels, and images are pleasing to the eyes across situations. The fact that switching from automatic to manual controls was seamless, made using the camera all the more enjoyable. As I got a good chance to test the shooter for capturing landscapes, I captured some lovely shots, though there were notable exposure issues when the sunlight was strong. Close-ups on the other hand, were simply mesmerising with a faux depth-of-field effect applied. Low-light shots were also impressive, and even at higher ISO levels (up to 6400), the noise was kept to the minimum. In terms of details, the sharpness levels were good, but not as impressive as a DSLR. Worth noting that there’s a crop factor of 2x when compared to a full-frame (35mm) sensor. Another thing that should be mentioned is that the D-LUX 7 doesn’t have an in-built flash and hence comes bundled with an external one (which draws power from the camera itself).

In burst mode, the Leica D-LUX 7 can capture 11fps. The camera is quick to focus on the subject and is able to detect faces in the frame too, but I won’t say that the shutter speed is the fastest (when it’s set to automatic). 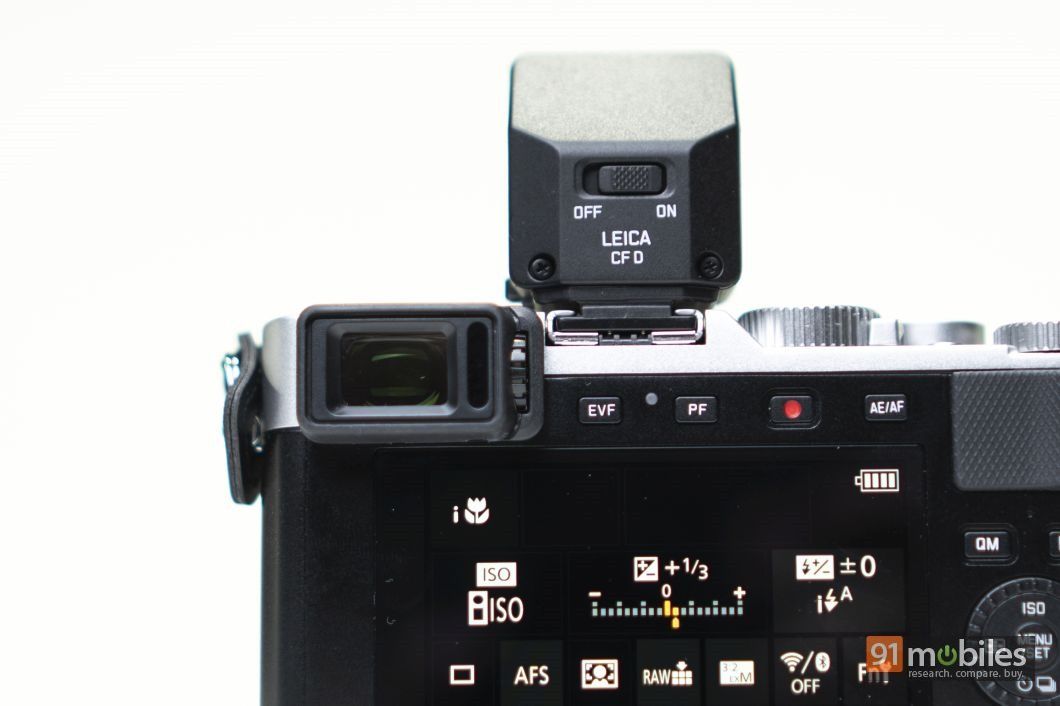 As I have stated above, the shooter features a ton of modes, and even though I can’t discuss all of them, I’ll mention those which caught my attention. Chief among them is postfocus, which works quite well and isn’t much different from the refocusing ability in many of the modern-day smartphone cameras. There’s also the iconic monochrome mode, which gives a new perspective by letting you shoot in black and white. With regards to video, the camera can capture 1080p videos (can shoot maximum footage of up to 29 minutes) or 4k videos at 24 or 30fps for up to 15 minutes continuously. Sadly, videos are cropped further (with a factor of 1.34x), resulting in a smaller frame at your disposal in contrast to stills.

With Leica’s FOTOS app, you can transfer photos directly to your smartphone via Wi-Fi. Setting it up is a fairly quickly process, and the mobile app (available for both Android and iOS) also offers some additional functionality such as remote control option.

Considering its size, it’s but obvious that the D-LUX 7 doesn’t pack a large battery. Yet, the 1,025mAh cell is enough to capture a couple of hundred photographs (the brand claims up to 300 photos) and around an hour of video. The good thing however, is that you don’t need to lug around an additional charger with you, as the device features a micro-USB port.

With a product like the D-LUX 7, whether you should be buying it or not depends upon what you’re looking from a camera. That’s because it isn’t for everyone. If you own a DSLR already, and have got accustomed to its functionality and don’t mind its weight, then it may not make sense to opt for Leica’s offering. And in the case you’re looking for something compact / lightweight, then mirrorless options also fit the bill. In fact, I don’t even need to mention the wide array of cameras available in the sub-Rs 1 lakh segment, both in the DSLR and mirrorless categories. 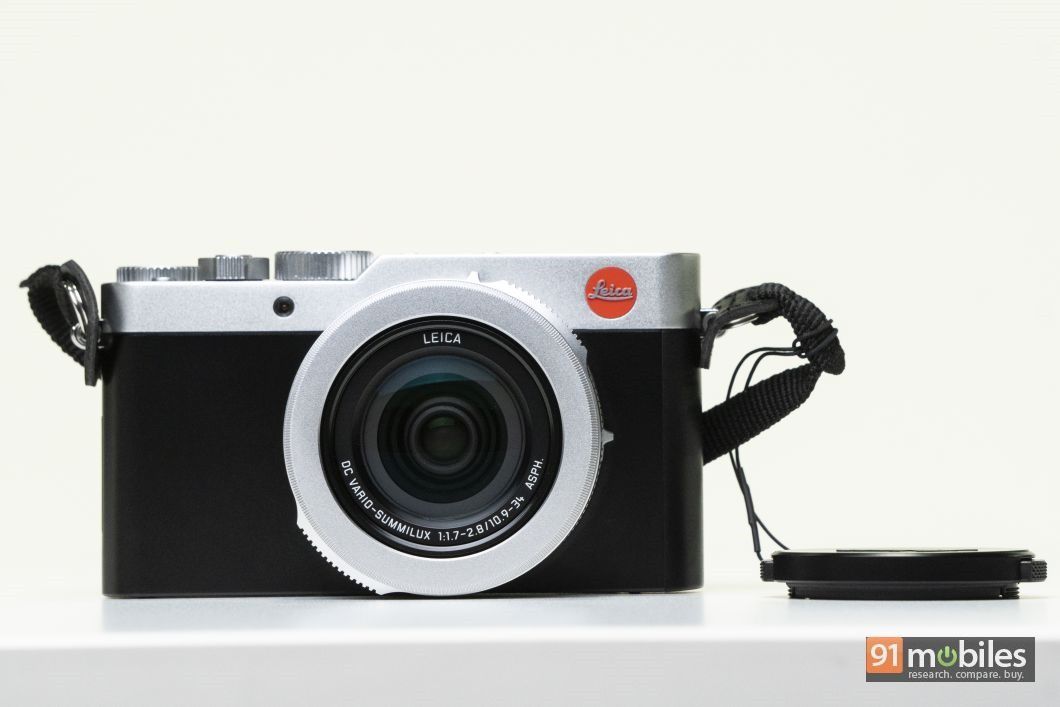 So who is the Leica D-LUX 7 meant for? Well, it’s for those who like a compact form factor à la yesteryear’s point and shoots, but are looking for more controls – and for such users, the camera will prove to be a solid companion. In that respect, the closest competitor for the shooter would be Sony’s RX100 VI. All said and done, with a price tag of Rs 94k, the D-LUX 7 is expensive for sure, but the fact that it’s Leica, certainly makes the D-LUX 7 worth the premium.

Huawei-Leica: a tie-up that gave a whole new meaning to smartphone photography with the P9

Leica – lifting photography to the next level