Lenovo is one of the few smartphone brands that has managed to give a strong competition to Xiaomi in the budget and affordable segments. Take the recently-launched K8 Note (review) for instance. It’s a compelling smartphone and comes loaded to the brim with specs. Since its one of the bestselling handsets by the company, the natural course of action for Lenovo is to further the K8 series and that’s exactly what the company has done. The brand recently launched the K8 Plus (first impressions), and if you were wondering which Lenovo device to make your next daily driver, then stick around till the end of this review. 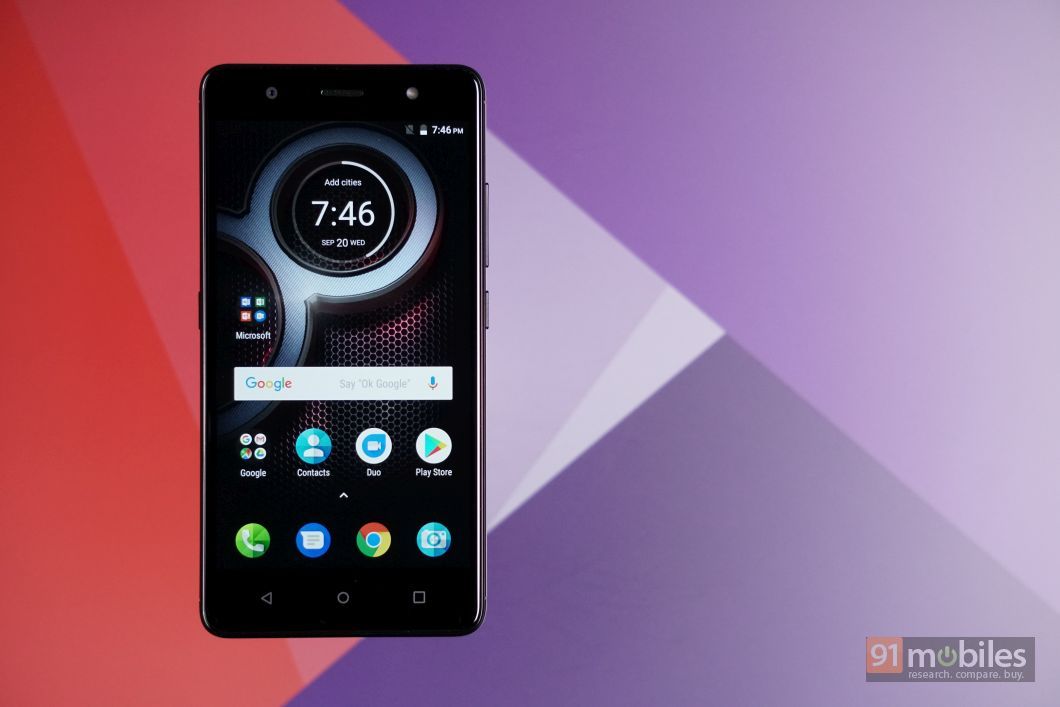 There’s not much that separates the K8 Plus from its bigger sibling, the K8 Note and therefore, let’s start this review by talking about what the two devices have in common. This will help you in deciding if the K8 Note is worth the extra bucks or not. Starting off, the two devices are eerily similar in terms of design and the K8 Plus feels like a shrunken K8 Note. Right from the placement of the buttons and ports to the materials used in the construction, the K8 Plus borrows all of its design traits from its bigger brother. The only difference in the design, as I mentioned before, is that the K8 Plus bears a smaller footprint owing to its 5.2-inch full HD display. Interestingly, even though the smartphone has seen a decrement in size, it feels slightly heavier than the 5.5-inch display toting K8 Note. What’s even more peculiar about this is that both the handsets feature similarly-sized batteries and therefore, it’s anyone’s guess as to why the smartphone feels a tad bit chunky.

As far as the overall looks of the smartphone is concerned, the K8 Plus looks nothing special and bears similarities to not just the K8 Note, but pretty much to every other smartphone in the budget segment. Moreover, contrary to popular belief, the smaller screen size of the smartphone doesn’t make it more manageable with one hand as the phone is extremely slippery. Coupled with the added weight of the smaller unit, texting with one hand on the K8 Plus is a no go. On the bright side (pun intended), the display of the K8 Plus is top notch and is legible even under direct sunlight. The fingerprint sensor works well too, though I noticed minor delay between the smartphone registering my fingerprint and the screen waking up. I also quite enjoyed the dedicated music button on the K8 series, which can be assigned to launch any application on the smartphone too. 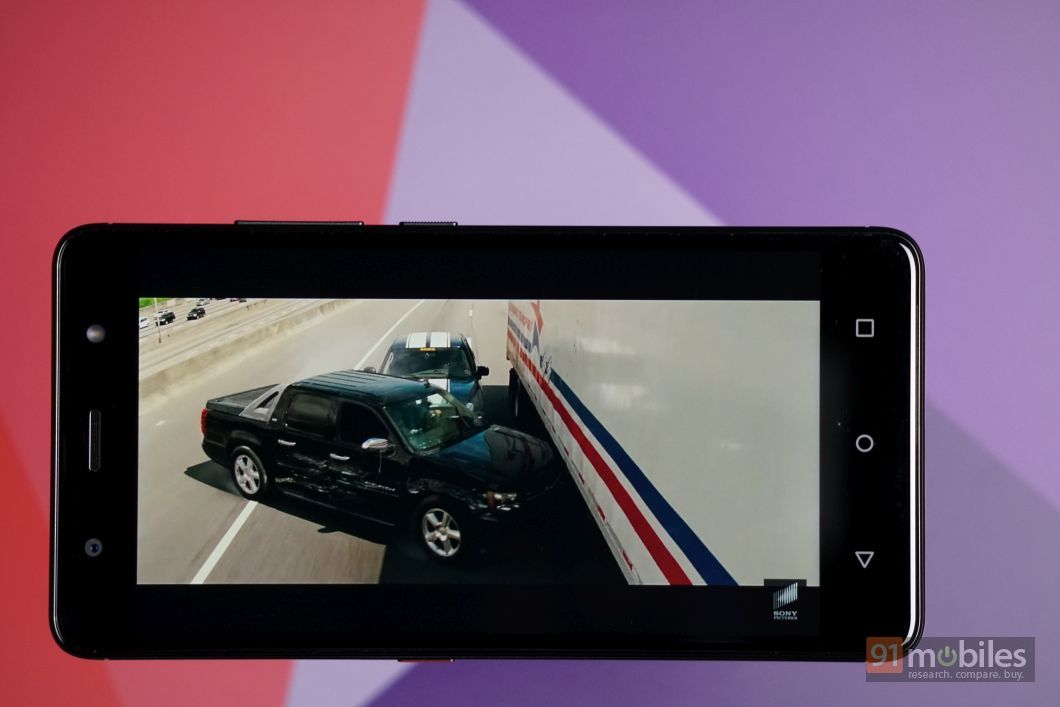 And that’s not where the similarities end. Software-wise, both the K8 Plus and the K8 Note can be seen running a near-stock version of Android Nougat. For the uninitiated, Lenovo has decided to go the vanilla route for all of its upcoming smartphones and if you happen to be an Android purist, then you couldn’t go wrong with either of the two devices. The two smartphones draw parallels in the battery department too, and are fuelled by 4,000mAh lithium-ion cells. Over the course of my review, I consistently hit the four hour screen on time mark with the K8 Plus however, I expected the battery to last a little longer considering its capacity. Lastly, you’ll get the same comms on both the smartphones including two SIM slots and a dedicated slot for expansion of storage via a microSD card.

Despite having practically the same design and running the same software, the smartphones aren’t exactly carbon copies of one another. For starters, the processors powering the two devices aren’t the same and therefore, you will notice a difference in the day-to-day performance. The Lenovo K8 Plus is powered by a MediaTek Helio P25 octa-core processor clocked at 2.6GHz which works with either 3GB or 4GB of RAM, depending upon which variant you opt for. On the contrary, the K8 Note ships with a Helio X23 processor which is a deca-core chip working alongside 4GB of RAM. Naturally, the K8 Note performs and benchmarks better than the K8 Plus, but unless you are a hardcore gamer, you’ll be hard-pressed to find a difference between the two. 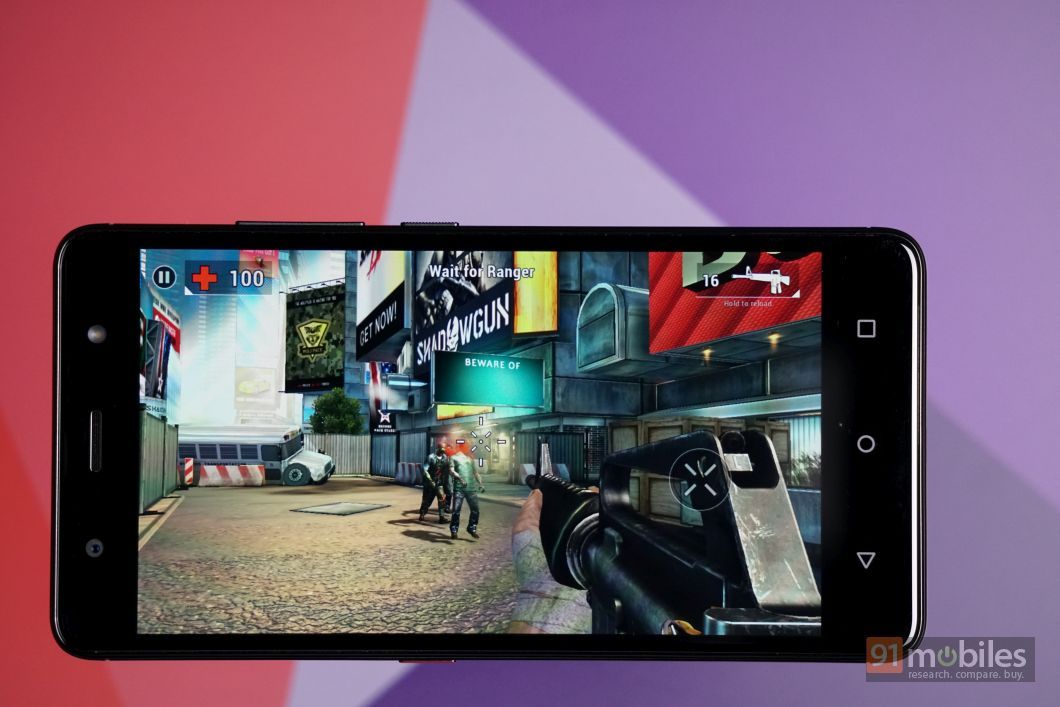 In my time with the K8 Plus, the only time the smartphone had to stop to catch its breath was while gaming, which can be accredited to the poor GPU performance of the MediaTek P25 chip. However, the smartphone buzzed through multitasking and I didn’t come across any stutters while jumping between resource hungry applications like Snapchat and Google Chrome either. I would like to state that the K8 Plus isn’t terrible for gaming. You can run most of the games on the smartphone without a hitch, however, games like Asphalt 8 Airborne and Unkilled will require you to tone down the graphics settings. One other thing, the smartphone is really good at managing thermals and despite its compact size, I found that there was sufficient dissipation of heat which ensured that the chassis stayed cool. 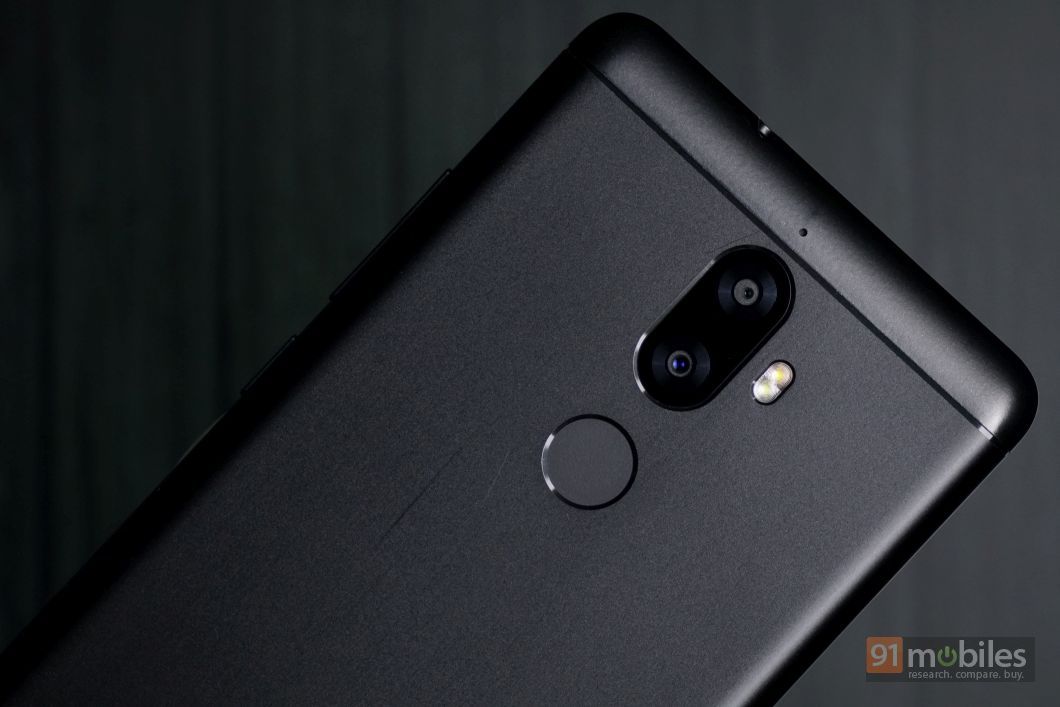 Another department where the Lenovo K8 Plus falls short from the K8 Note is in the camera department. Now, before you compare the spec sheets and start berating me for disregarding the obvious, hear me out. Although both the smartphones ship with dual-camera setups at the back comprising a 13MP primary shooter and a 5MP assistive shooter, the lenses used are entirely different. While the K8 Note’s primary camera ships with a 13MP lens of f/1.7 aperture, the one on the K8 Note boasts an aperture of f/2.0. Since, a bigger aperture allows in more light, the K8 Note should theoretically perform better in both, low-light as well as well-lit scenarios. Moving on, the ISP or the image processing also seems to be drastically different on the two smartphones and the same picture captured from the two phones appeared more vivid and punchy on the K8 Note, at least to my eyes. Where the cameras are similar, however, is in terms of the UI and you’ll be peeking through the same viewfinder to capture stills on both the smartphones.

That said, the camera performance of the K8 Plus is decent, but lacks a bit of polish. The outdoor shots I took with the phone turned out great and had a good colour reproduction. However, the images did get grainy when I zoomed in to the maximum allowed resolution. Moreover, the built-in HDR mode works spectacularly well, and increases the contrast ratio as well as the dynamic range of the image. There was a noticeable change in the images I clicked with the HDR mode and seeing how it doesn’t overcorrect the scene, I’d recommend you shoot outdoor stills with the setting turned on. Since the smartphone comes equipped with two sensors at the back, you get the option to click images in bokeh mode too, which blurs the background of the subject to add a level of depth to the portrait. However, in practice, the images don’t look all that appealing and it feels as if the picture of the subject has been cut and pasted on top of a blurry background. Lowlight performance is as can be expected from a budget offering – there’s considerable noise in the images which can be reduced to some extent by using the dedicated LED flash module. Selfies clicked outdoors turned out great and since the smartphone comes with a selfie-flash, you won’t find much to complain about with lowlight selfies either. 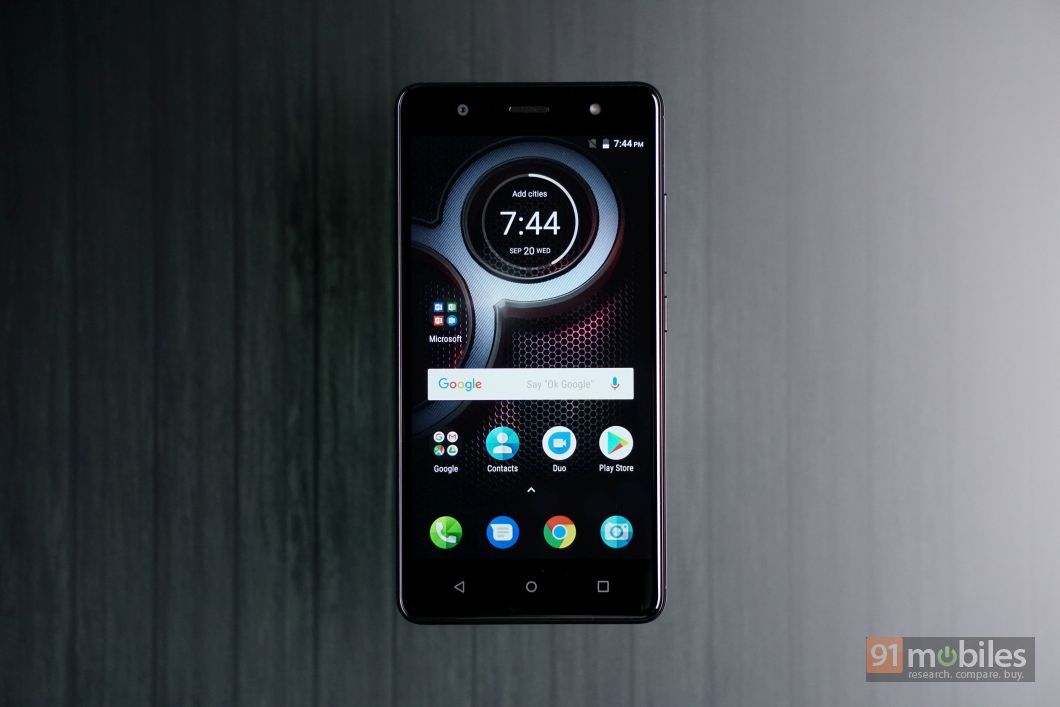 If budget is no bar, should you buy the Lenovo K8 Note over the Lenovo K8 Plus? Absolutely. The smartphone is an improvement over the K8 Plus in terms of performance as well as the camera quality. Moreover, since it ships with faster internals, the smartphone should age better too. However, if you cannot buy the K8 Note, then the K8 Plus isn’t a bad option either. The smartphone shoots decent images, offers good battery life which will see you through the end of a heavy day and performs reasonably well too. The only downside is that the handset isn’t the best when it comes to playing intensive games. If that is a deal breaker for you, then I’d suggest you to go with the Xiaomi Redmi Note 4 (review), which comes equipped with a Snapdragon 625 processor which should give you improved frame rates.

All in all, the Lenovo K8 Plus is a decent smartphone for the price and if you are looking for a dual-camera smartphone with stock Android for under Rs 12K, then you can’t go wrong with it.