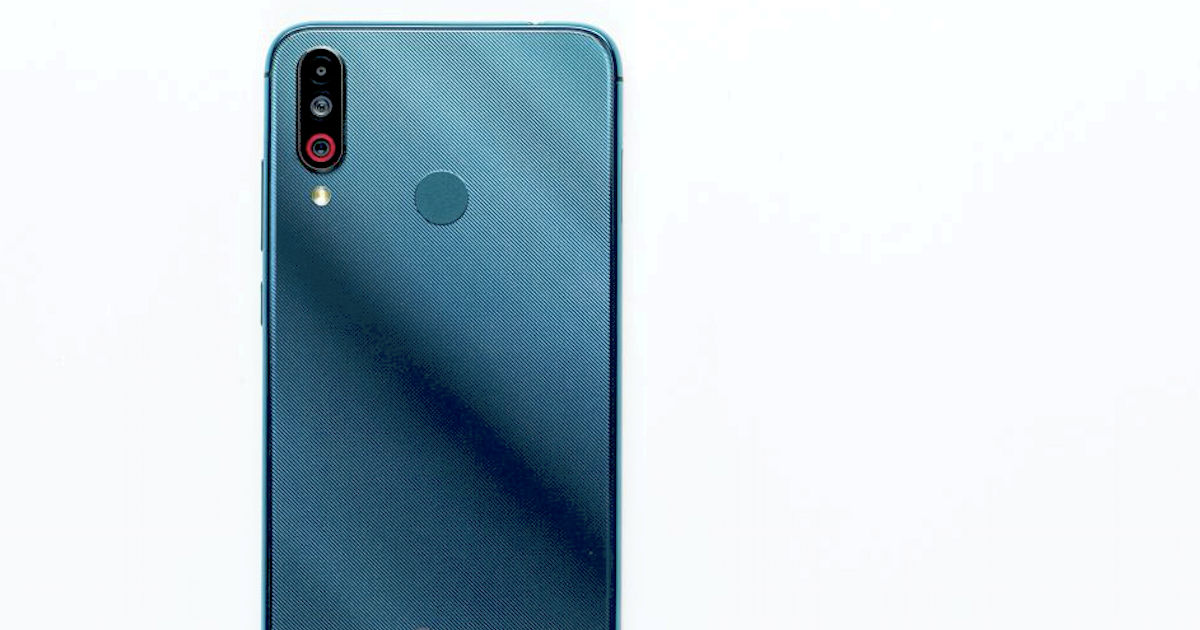 “Our first impressions of LG’s latest budget phone, the W30”

It’s been a while since Korean tech giant launched a smartphone in India. No, I’m not talking about Samsung, but LG, which last launched a phone in the country back in January. Now, after a brief hiatus, the brand is reentering the market with an all-new W-series which is geared towards affordability. To kick things off, the brand is unveiling three new phones in its latest range, including the W10, the W30, and the W30 Pro. I managed to get my hands on the W30, and here are my first impressions of the same. 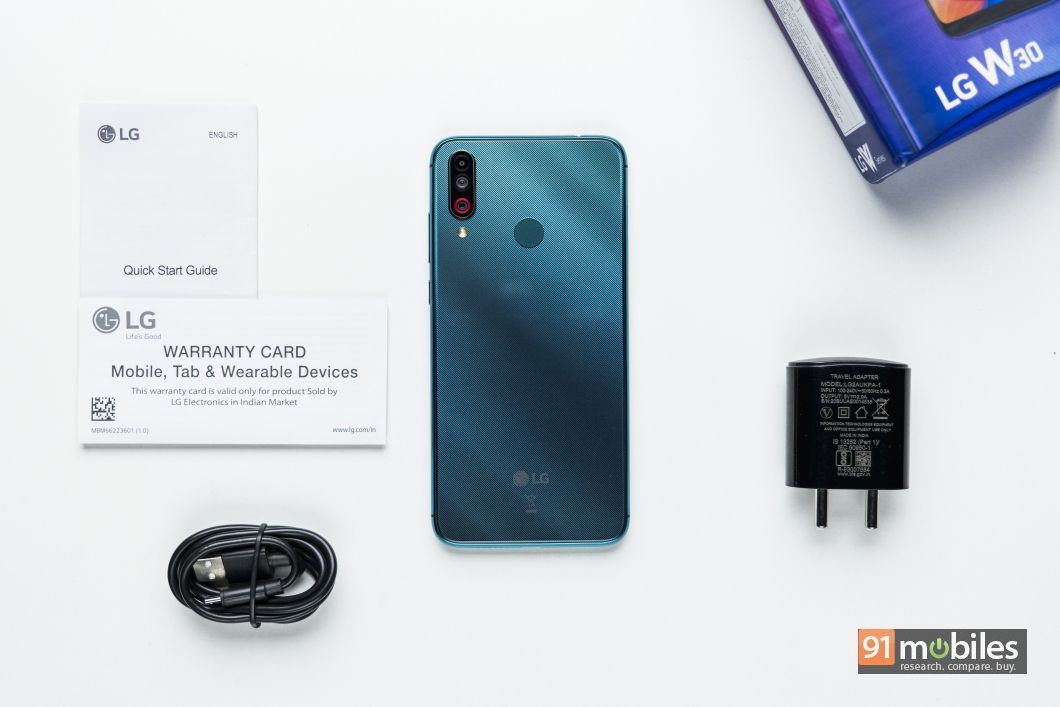 Before I talk about the phone, let’s spend a quick minute addressing the contents of the box. So, inside the retail packaging of the W30, buyers will find the smartphone itself, followed by a quick start guide, a micro-USB cable, and a wall charger. I was frantically searching for a TPU case as most if not all manufacturers bundle one with their devices, but unfortunately, that’s not the case with LG’s W30. So, if you do end up buying the phone, you’ll have to make room in your budget to accommodate a pair of earphones as well as a case. 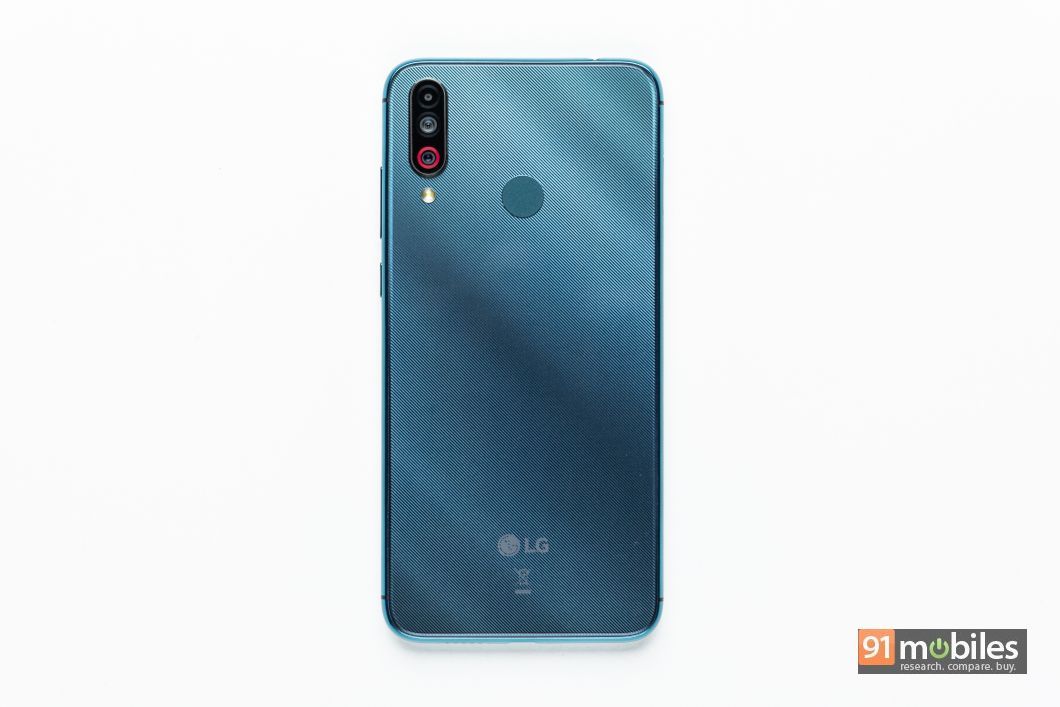 Coming to the smartphone itself, the LG W30 is, simply put, one of the best-looking phones in the affordable segment right now. I was sent the Aurora Green colourway of the device and as good as our in-house photo guru Raj Rout is, pictures honestly don’t do it justice. The handset has been constructed in entirety using polycarbonate, but it easily looks the part of a premium flagship. In fact, the smartphone’s textured back is reminiscent of Huawei Mate 20 Pro’s Twilight colourway, so all in all, LG has hit the nail on the head with the design of the W30. 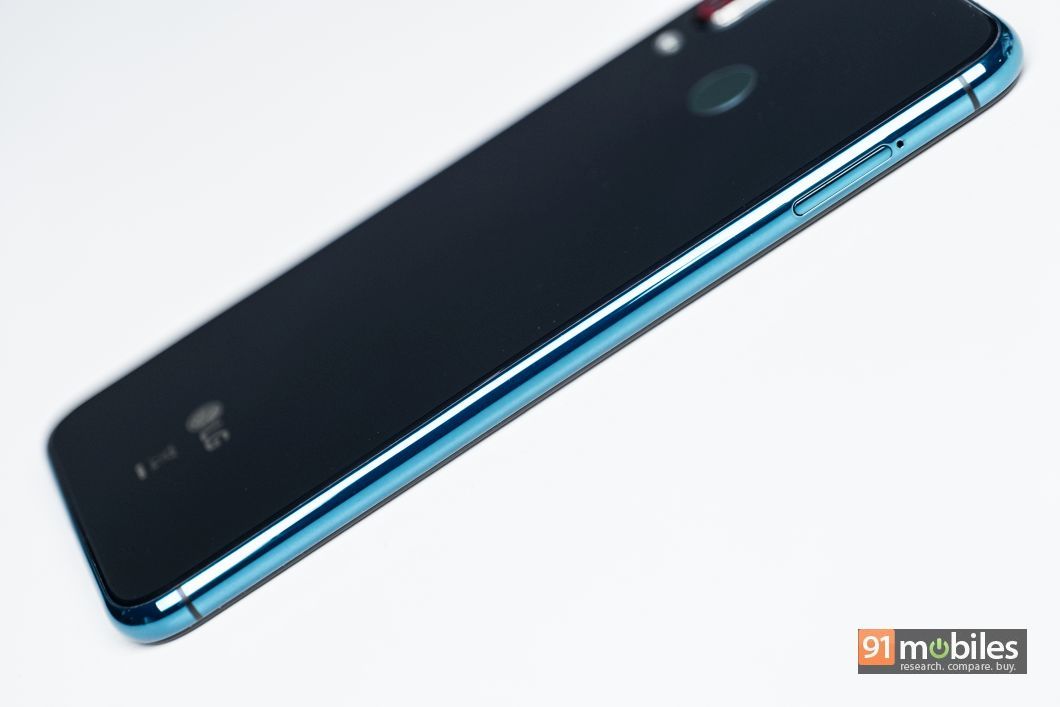 Furthermore, owing to its chamfered frame, the W30 is superbly comfortable to hold and operate with just one hand. And, despite shipping with a glossy back, the handset rarely ever attracted smudges. Adding to the list of pros, the LG W30 ships with a fingerprint sensor towards the back, which worked well during my initial stint with the device. You can even unlock the device using face unlock, which works fine but is a tad bit slower in comparison.

The only downside of the LG W30’s design is that the phone ships with a micro-USB port for charging, which in today’s day and age, feels archaic. Thankfully, the handset’s 4,000mAh battery is quite capacious, so I’m hoping I won’t have to stay tethered to the wall plug for long. 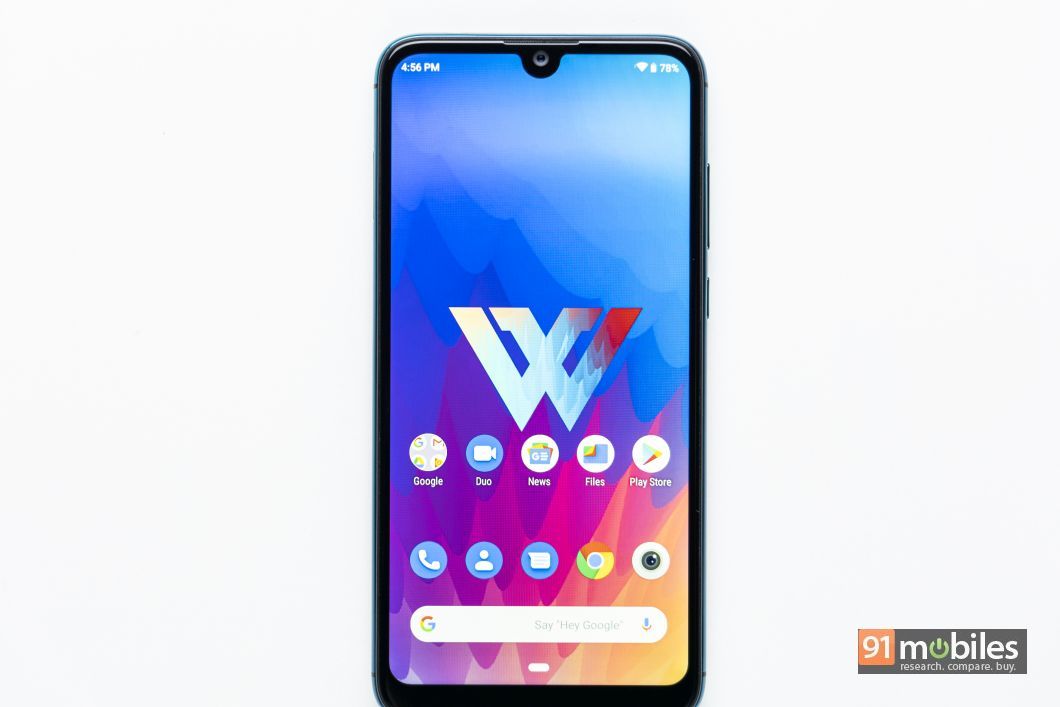 For display, the LG W30 ships with a 6.26-inch, HD+ panel with a waterdrop notch. Despite that, the handset features chunky bezels bordering the display which will take some time to get used to. Also, I would’ve liked the company to opt for a higher-res panel, but I digress. On the bright side (pun intended), the display gets reasonably bright outdoors, so you’ll seldom have to squint your eyes to read the content on the screen. 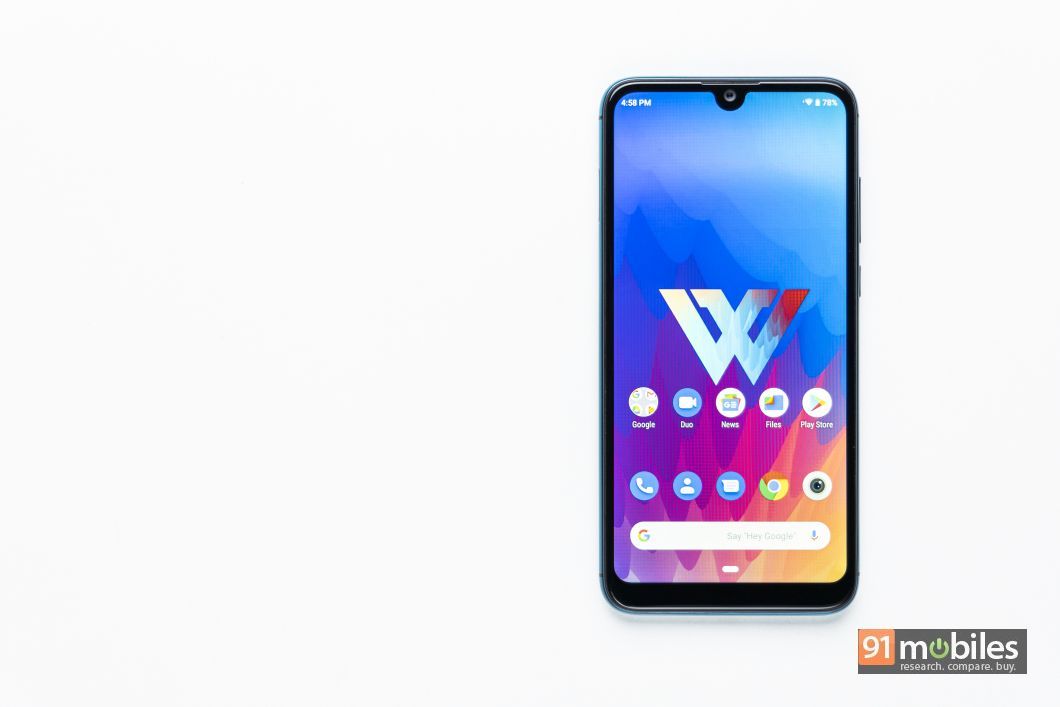 The LG W30 makes use of MediaTek’s Helio P22 octa-core processor which works alongside 3GB of RAM and 32GB of memory. Now, while I would’ve liked more storage to boot with, LG is at least furnishing the smartphone with a memory card slot which can be used to expand the smartphone’s storage. Moreover, LG has opted to run a near stock version of Android on its latest offering which comes with little to no bloatware. Therefore, you can install the apps you want and not worry about clearing out storage space by deleting the ones you don’t. 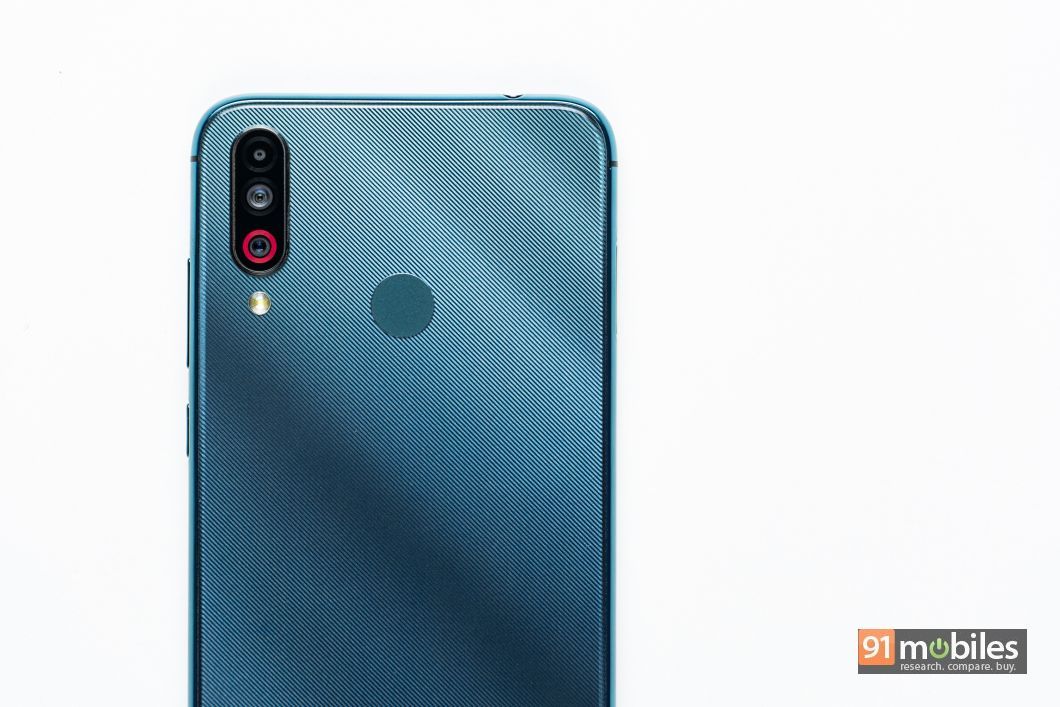 As far as the performance of the phone is concerned, the LG W30 fared reasonably well during my initial testing, and I didn’t come across any major instances of lag or stutter during my short spell with the phone. Regardless, I will be putting the phone through its paces in my full review, so if you’d like a deeper dive into the handset’s performance prowess, watch this space. 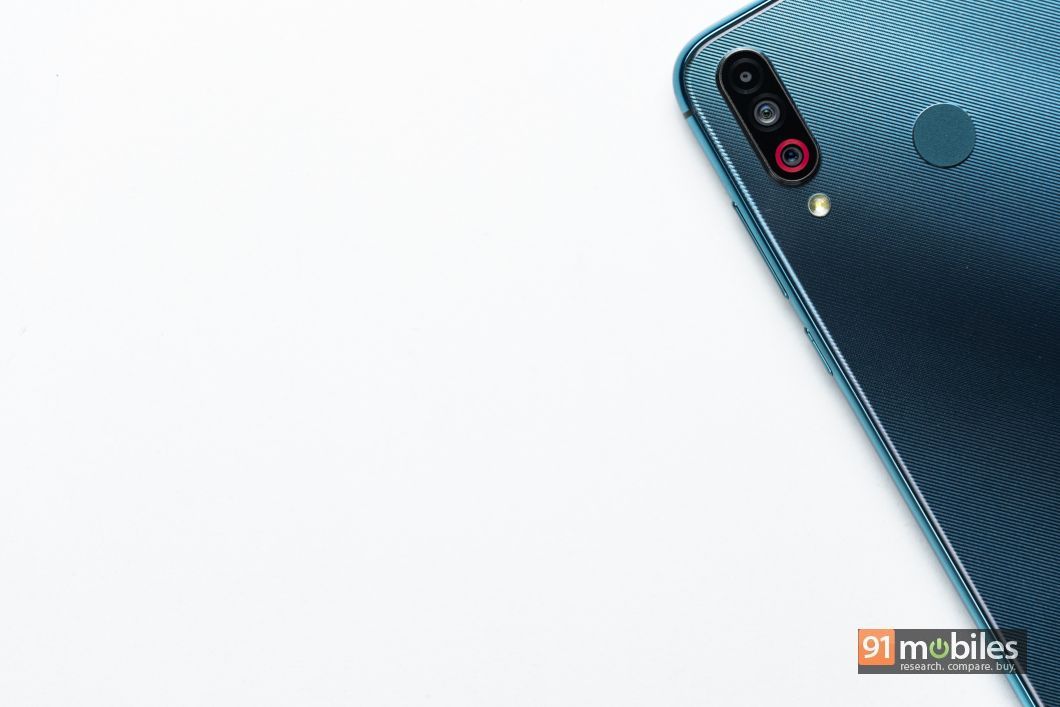 As for cameras, the LG W30 ships with a triple-camera setup at the back, comprising a 13MP wide-angle shooter, a 12MP main camera with PDAF and a 2MP depth sensor. For selfies, the phone ships with a 16MP selfie shooter. Now, the camera setup of the phone is quite promising on paper, and the initial shots I took with the device looked great too. Here’s a gallery of camera samples, so take a gander.

With an enticing price tag of Rs 9,999, I think that the W30 could carve a name for itself in the budget segment. I’ll have the full review of the device up on the blog shortly so if LG’s latest entrant piques your interest, sit tight.