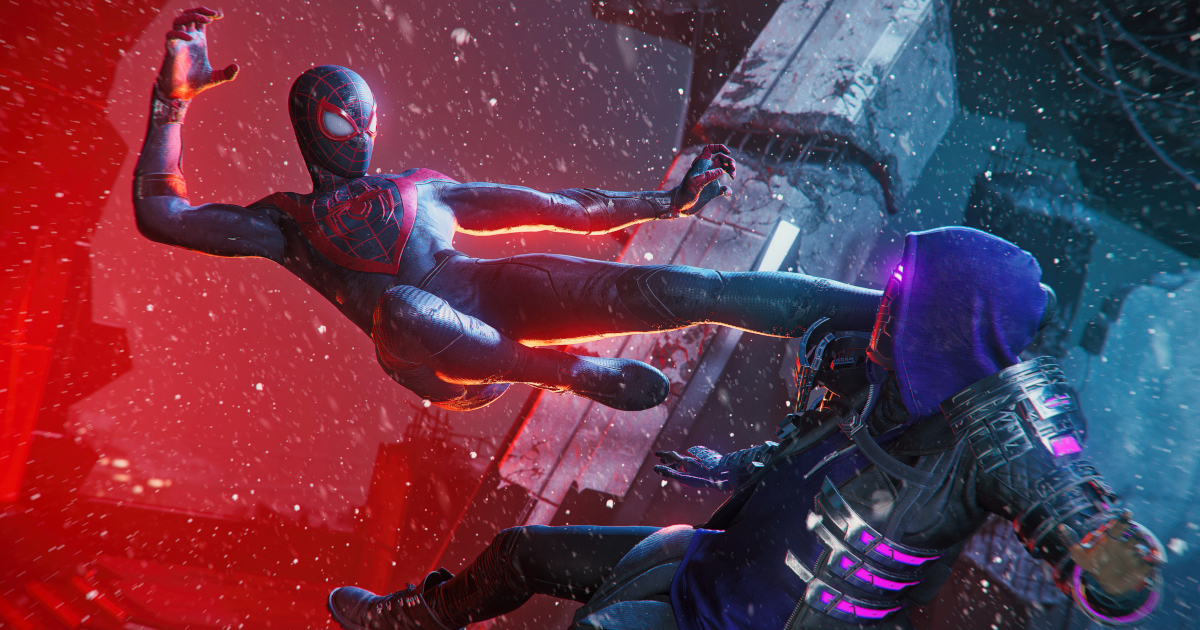 But as Miles learns to become a worthy Spider-Man, he often struggles with his new role and how it affects his life. While learning new skills, Miles eventually discovers that his powers differ from Peter, making him a dangerous superhero for villains and himself. However, these different abilities also translate well to gameplay as players learn new moves and abilities that differ entirely from Peter Parker. 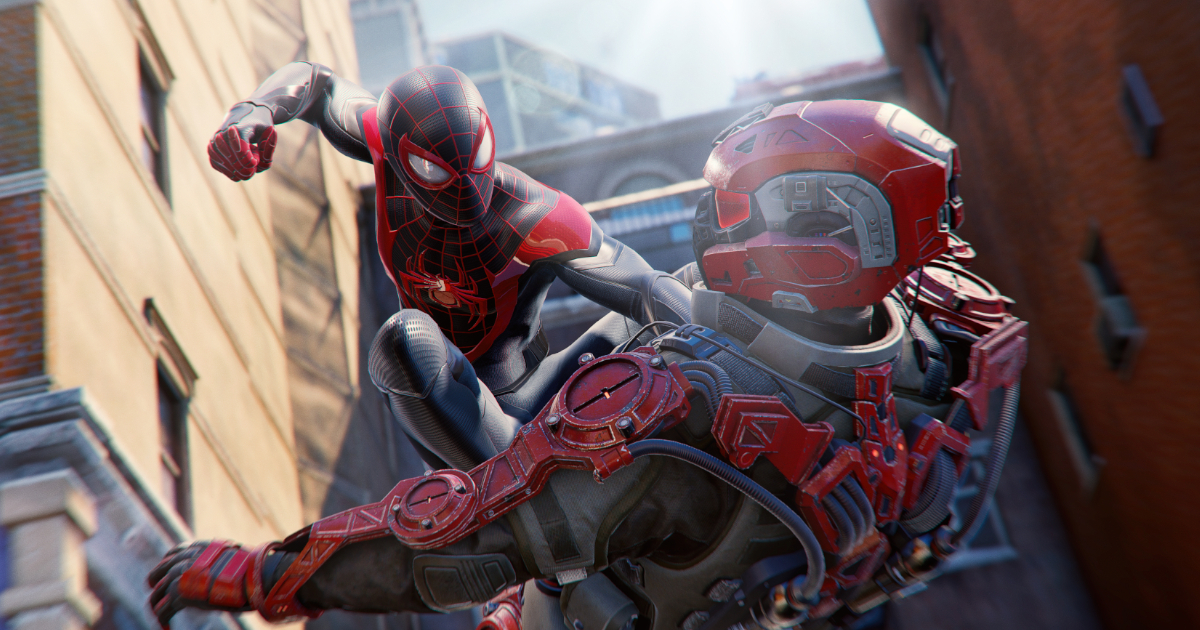 One of the new features, i.e., the Venom Punch adds a new layer to the already fantastic combat system. Miles Morals has the ability to take down enemies with attacks laced with bio-electricity. Players coming from Marvel’s Spider-Man will find that these new abilities add more flair and excitement to an already-tested formula. However, if players expect to use the same boring combos as Marvel’s Spider-Man, they will eventually notice how much Insomniac Games have enhanced the gameplay. 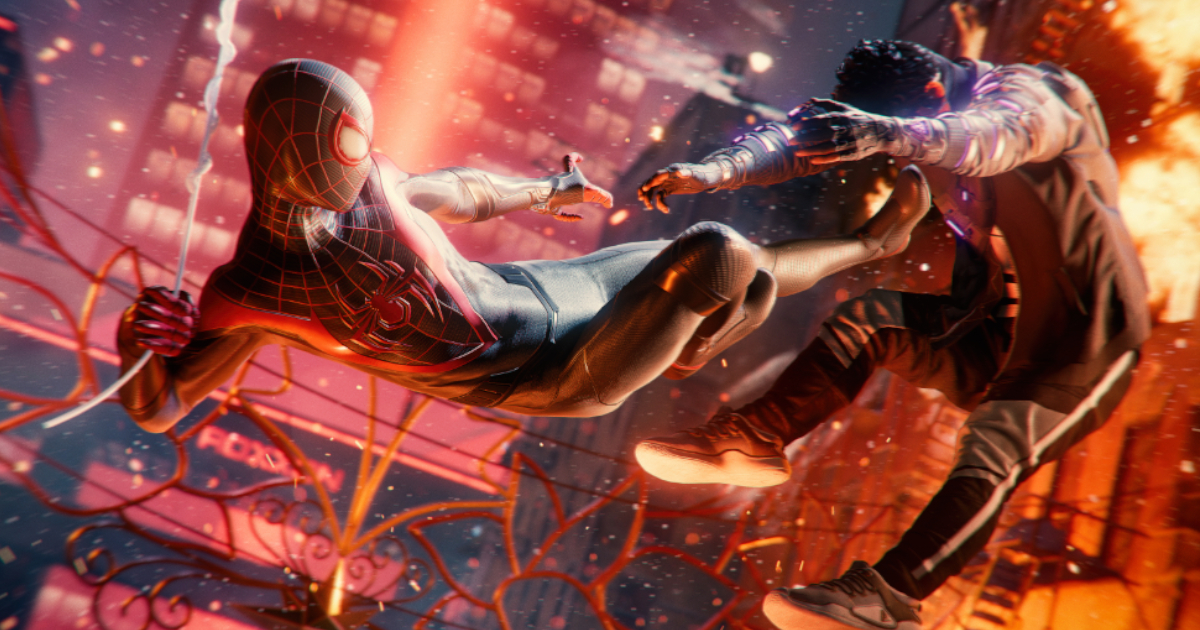 Marvel’s Spider-Man: Miles Morales‘ performance is quite similar to its predecessor. The game has been crafted to run on almost every modern machine, while the best performance output is reserved for PCs with RTX 30 or newer GPUs. In our testing, Marvel’s Spider-Man: Miles Morales was tested with an RTX 2080ti, which some might consider outdated. However, even with slightly outdated hardware, the game performed exceptionally well in 1440p resolution with ray-tracing turned on.

To be more specific, Marvel’s Spider-Man: Miles Morales ran around 80-92 fps consistently on high settings with ray tracing. However, the performance did take a slight dip once the textures were changed to “Very High.” Even with the more demanding settings, Marvel’s Spider-Man: Miles Morales gave an average performance of 70-78 frames per second. Of course, players who want to enjoy higher detailed textures and reasonable frame rates can further tweak settings such as Depth of Field, motion blur, and other settings that might hold the game back. Finally, it is worth pointing out that some minor lighting issues were encountered with ray tracing turned on. However, many of these issues have now been addressed with a patch. While the patch does get rid of most ray tracing-related problems, some can still be experienced. 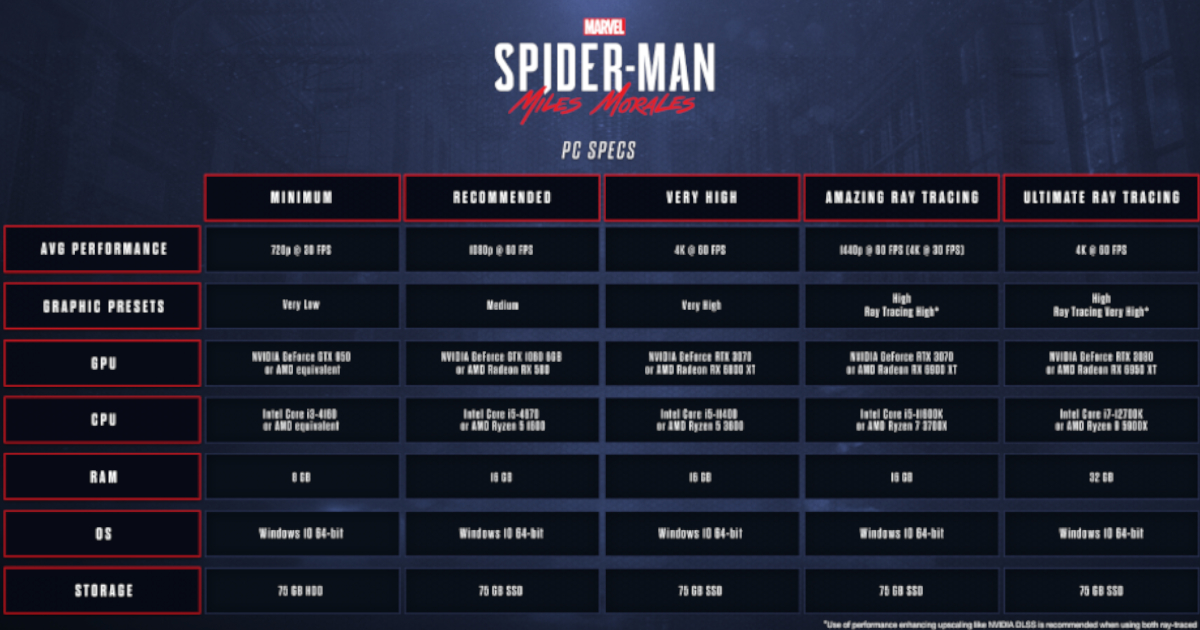 Of course, players looking to enjoy the game on 4K displays will have a better experience using an RTX 30 series GPU coupled with the latest processors. Having said that, the game can even run on a GTX 950 GPU, albeit with restrained performance. However, the game is restricted to 30FPS at 720p resolution, which might not be an ideal PC experience. But support for older hardware does open the door for the game to be compatible with the Steam Deck. While we couldn’t test Marvel’s Spider-Man: Miles Morales on a Steam Deck, it is reported to run in the 40fps territory with default settings.

Marvel’s Spider-Man: Miles Morales’ performance on the PC is a testament to porting capabilities of Nixxes. This particular PC port by Nixxes is by far the best version of the game to play in 2022. Even though the PlayStation 5’s stock situation is improving, I would still recommend players to experience Marvel’s Spider-Man: Miles Morales on a PC due to the apparent performance superiority. 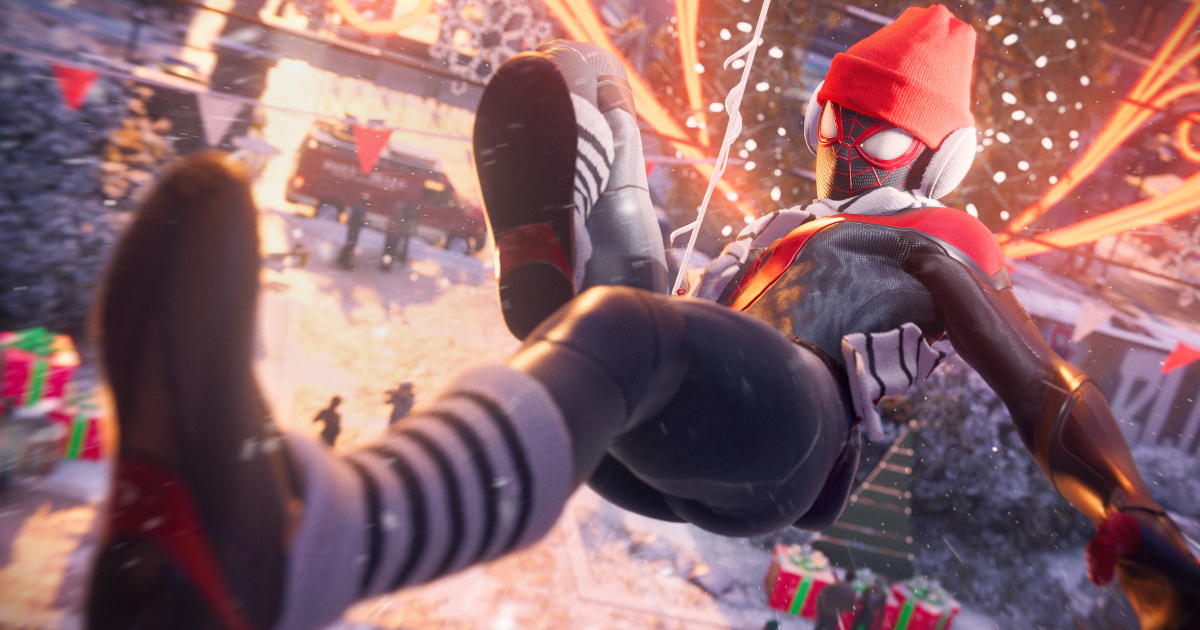