Vietnamese brand Mobiistar entered the Indian smartphone market just a few months back, but the company’s seriousness for the subcontinent was made clear right away as India was made the brand’s global headquarters. Mobiistar’s foray into the region was marked with the announcement of two budget segment smartphones, the CQ and the XQ Dual (first impressions). Among the two handsets, the XQ Dual looks more exciting, as the handset packs dual front cameras, a feature that is usually not associated with budget segment offerings. We got a chance to spend some time with the new Mobiistar smartphone and if you want to know whether the XQ Dual packs a punch for the price, just read on the full review down below. 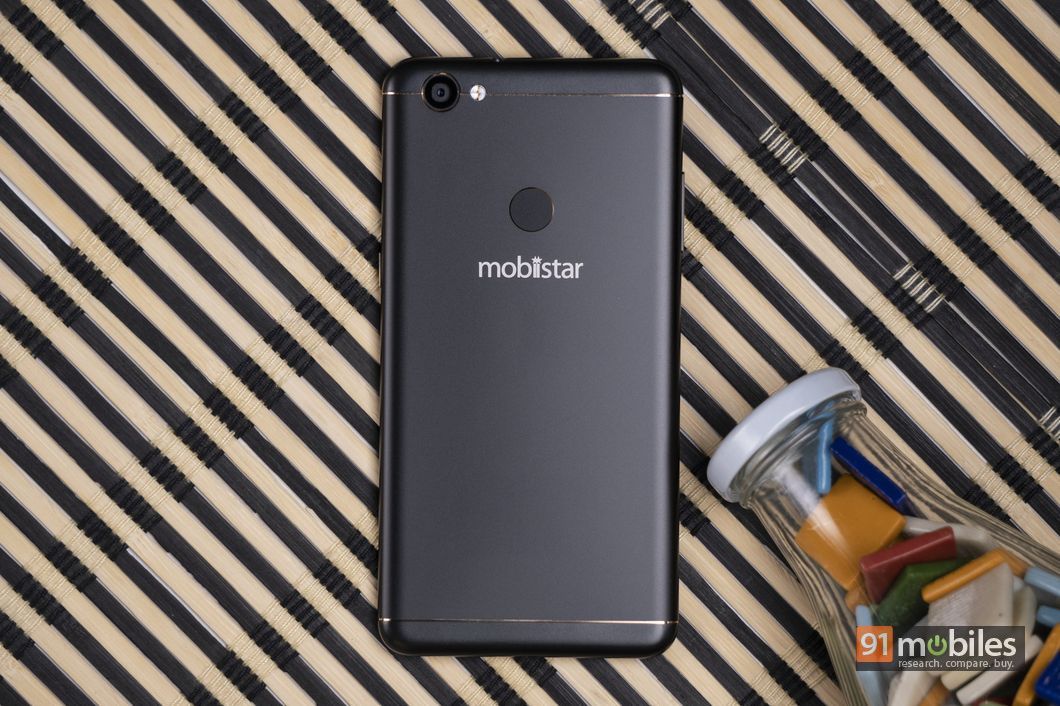 To make things clear from the outset, every feature and the performance aspect in this review will be judged on the basis of the handset’s price tag. Having said that, let’s move to the design. In recent years, one of the positive changes in the smartphone industry has been that the companies have started putting more emphasis on aesthetics, irrespective of the price range. Following the same trend, the Mobiistar XQ Dual features a unibody design. Even though the smartphone comes with thick bezels at top and bottom of the display, the 5.5-inch screen size ensures that the overall form factor remains compact. 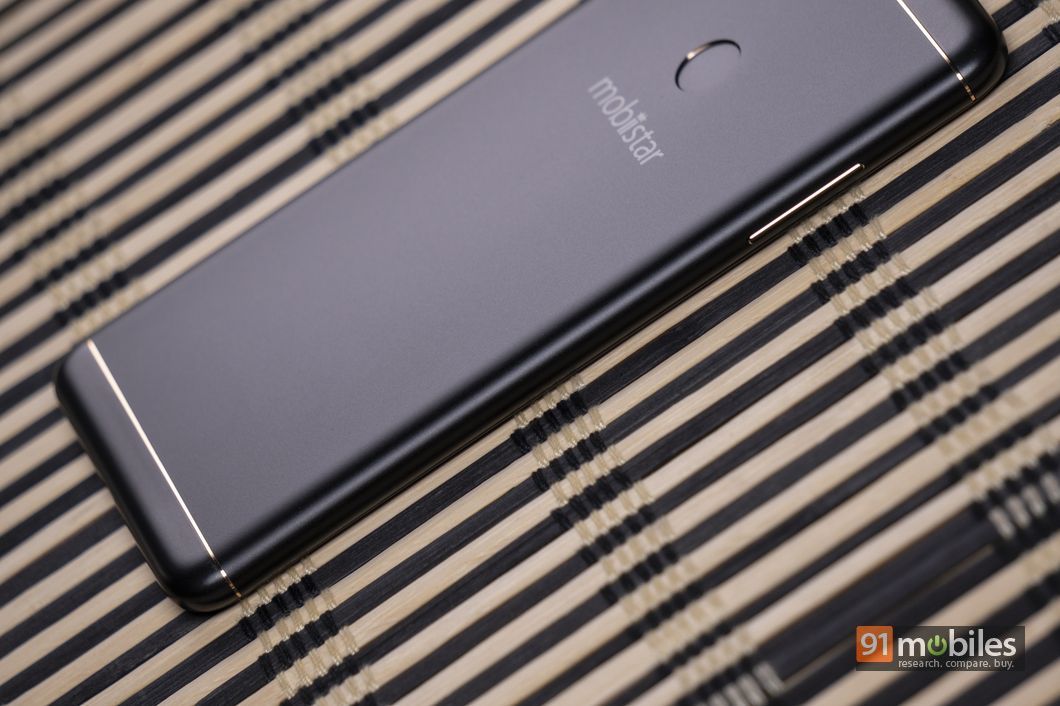 There is a fingerprint sensor for convenience and security, placed in the middle at the back. The power button and volume rocker are placed on the right and left spine, respectively. The SIM card slot is present right above the power key. The bottom-firing speaker is placed next to the micro-USB charging port at the bottom, while the 3.5mm headphone jack is located on the top. The rear camera module comes with a notable bump at the back. Although there is no such impact of the protruding camera module in daily use, the clear aberration in an otherwise symmetrical design makes the handset look less premium than it could have been. Here’s a closer look at the design.

Coming to the display, the Mobiistar XQ Dual packs a 5.5-inch full HD IPS panel with the regular 16:9 aspect ratio and capacitive buttons below the screen for UI navigation. To put it simply, the display quality offered by the XQ Dual is good. The panel comes across slightly on the vibrant side but not overly so. The peak brightness levels are decent but present some issues under direct sunlight. As the handset offers an FHD panel, the pixel density sits at a comfortable 400ppi. 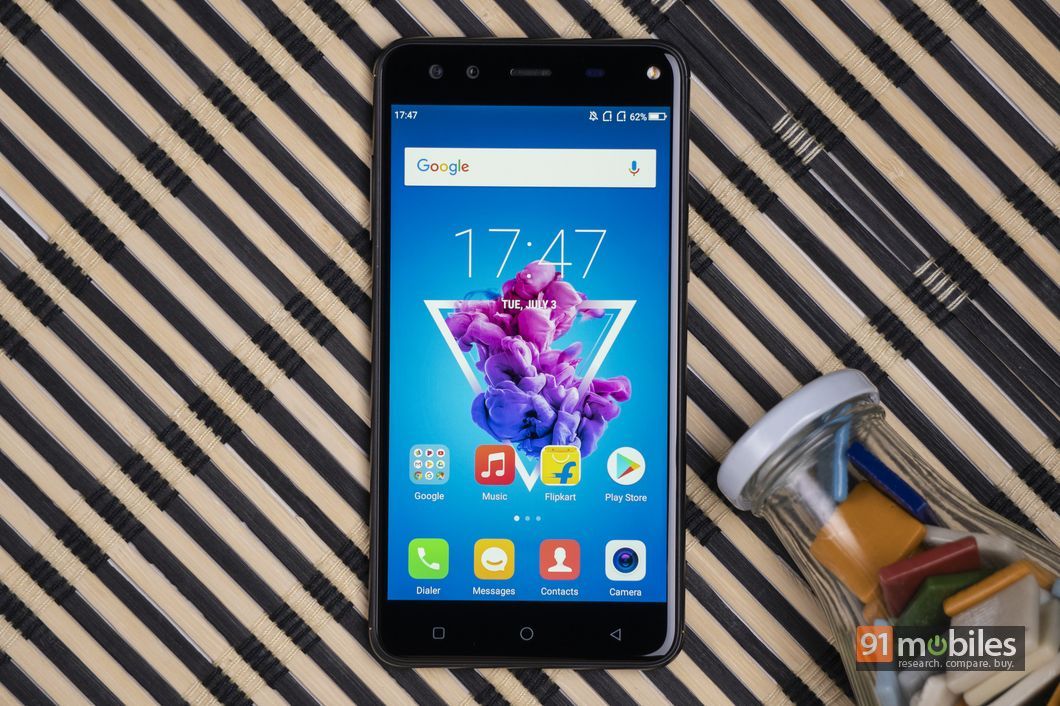 Inside sits an octa-core Snapdragon 430 SoC clocked at 1.4GHz, coupled with 3GB RAM and 32GB built-in storage, with the latter being expandable by another 128GB. As you might expect, the handset struggles to play some of the more graphically demanding games, but manages to play casual ones like Subway Surfers and handle day-to-day tasks with ease. We did not face any major heating issues with the handset, despite playing games for long durations. 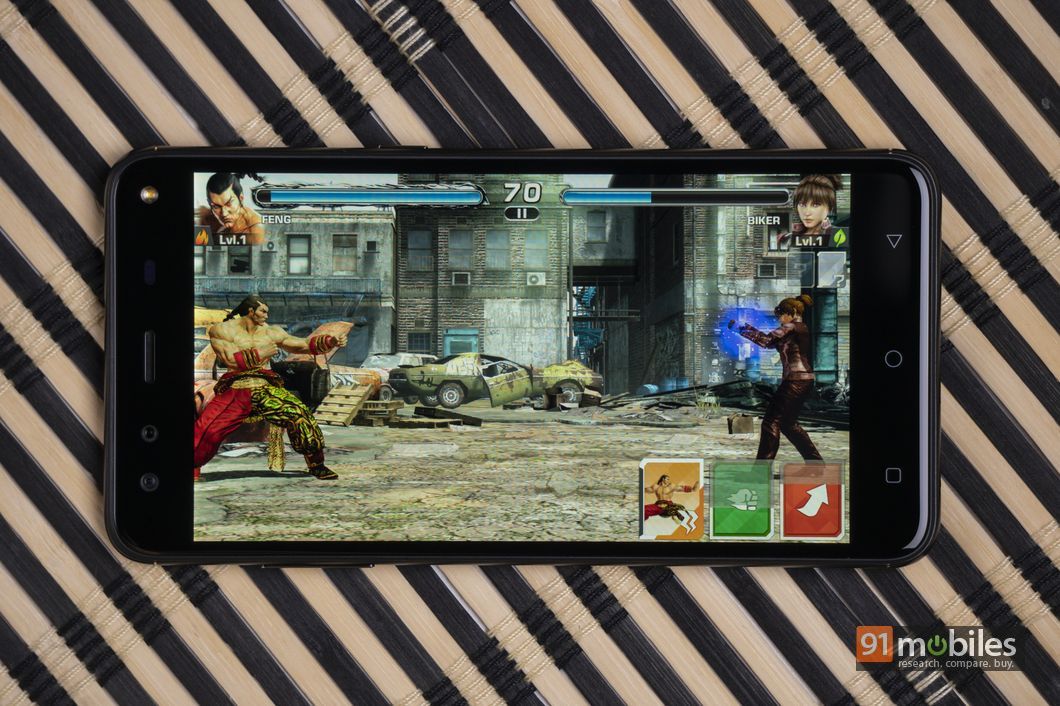 Moving to the optics, the XQ dual packs dual front cameras… a feature that clearly makes it a selfie-centric option. The front-facing camera module consists of a 13MP and another 8MP sensor, accompanied by an LED flash. At the rear, there’s a single 13MP sensor, accompanied by a dual tone LED flash. The default camera app, which can be easily brought up by double pressing the power button, offers modes like HDR, Night, and a Pro mode. The Pro mode, as you might expect, lets users adjust aperture and ISO levels among other settings. Interestingly, the handset allows you to click pictures using the volume buttons and fingerprint sensor, once inside the camera app. 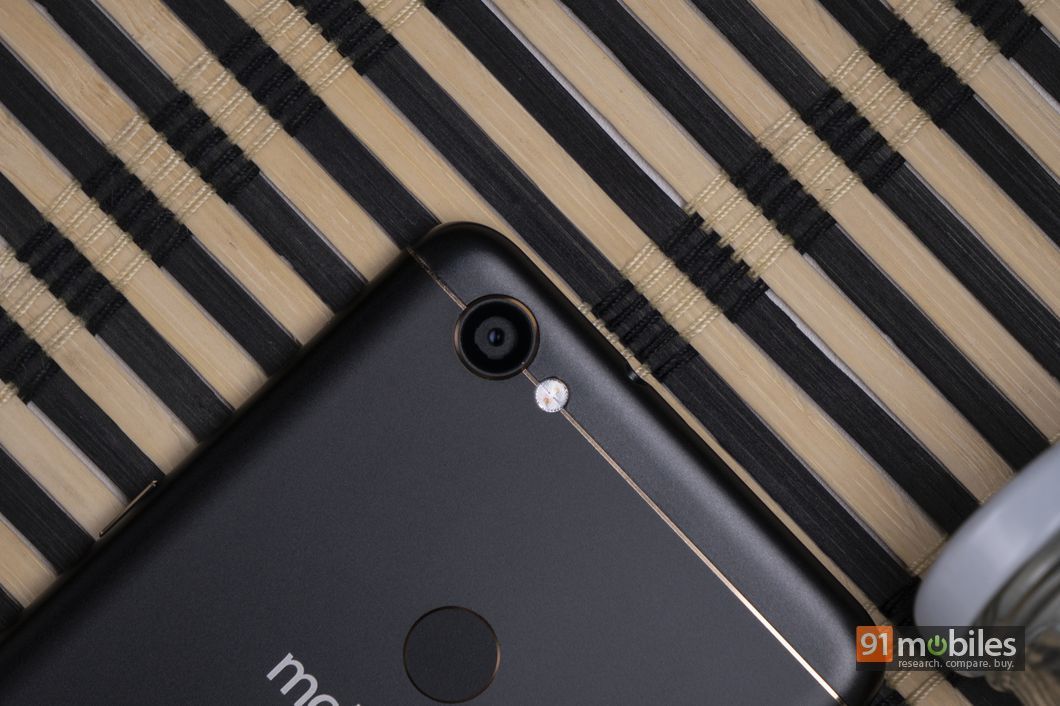 The performance offered by the dual selfie cameras on the XQ Dual is impressive. The front camera module captures details well and the wide-angle lens allows you to take group selfies with ease. 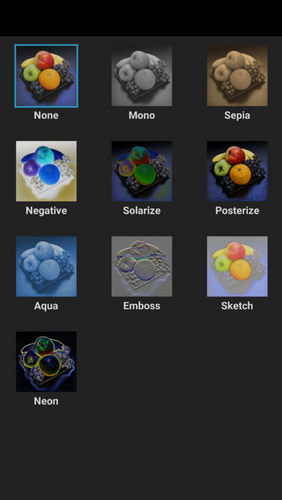 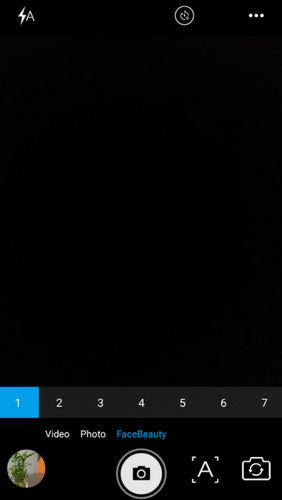 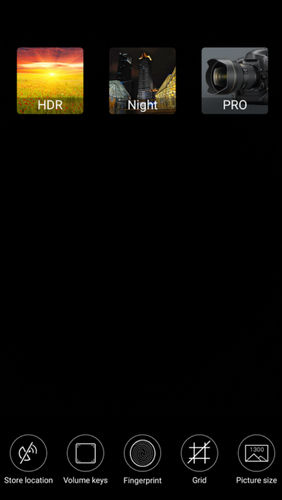 The front cameras performed fairly well even in low-light conditions. Unfortunately, similar performance was not offered by the rear camera on the smartphone in our testing. The XQ Dual still managed to take some decent pictures in good lighting conditions but in poor lighting, the handset took some really noisy shots. The amount of grain in the pictures is fairly noticeable and impacts the quality of images in a substantial manner. Here’s a look at the images clicked via the smartphone in the camera gallery below:

If we talk about software, the handset runs a customised version of Android 7.1.2 Nougat, which can be considered a drawback as most recent phones boot Android Oreo out of the box. If you swipe left from the home screen, you get a dedicated news feed as well as an option to search through the phone as well as on the web, along with an easier access to the most recently used apps on the phone. There are some preinstalled utility apps including sound recorder and Freezer. The latter essentially allows users to freeze seldom-used apps so they don’t wake up on the own. In theory, this helps get better performance and battery life out of the XQ Dual. Notably, the handset offers multiple accounts support. You can even add a guest account to prevent guest users from checking out your personal data. As you might have guessed, logging back again into the main account requires authentication for the sake of security. There is charging protection feature to avoid overcharging as well. 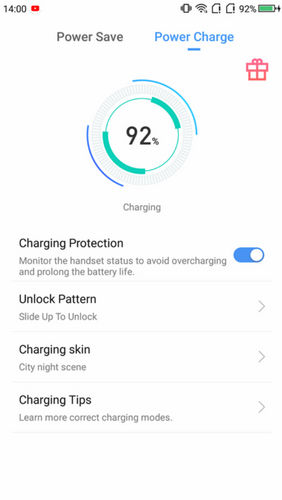 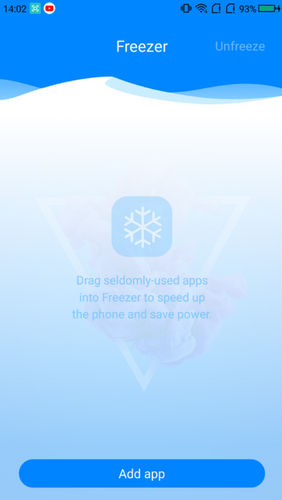 Mobiistar XQ Dual packs a 3,000mAh battery, which is definitely not the largest in this particular price segment. However, the handset managed to last more than 12 hours in our HD video loop test, where we run an HD video on the device in loop mode with 50 percent brightness and 50 percent volume level. As there are other handsets in the price range that offer better battery life, this might be one of the weak points for the XQ Dual. However, we did not have to run for a charger before day’s end in our time with the Mobiistar smartphone. 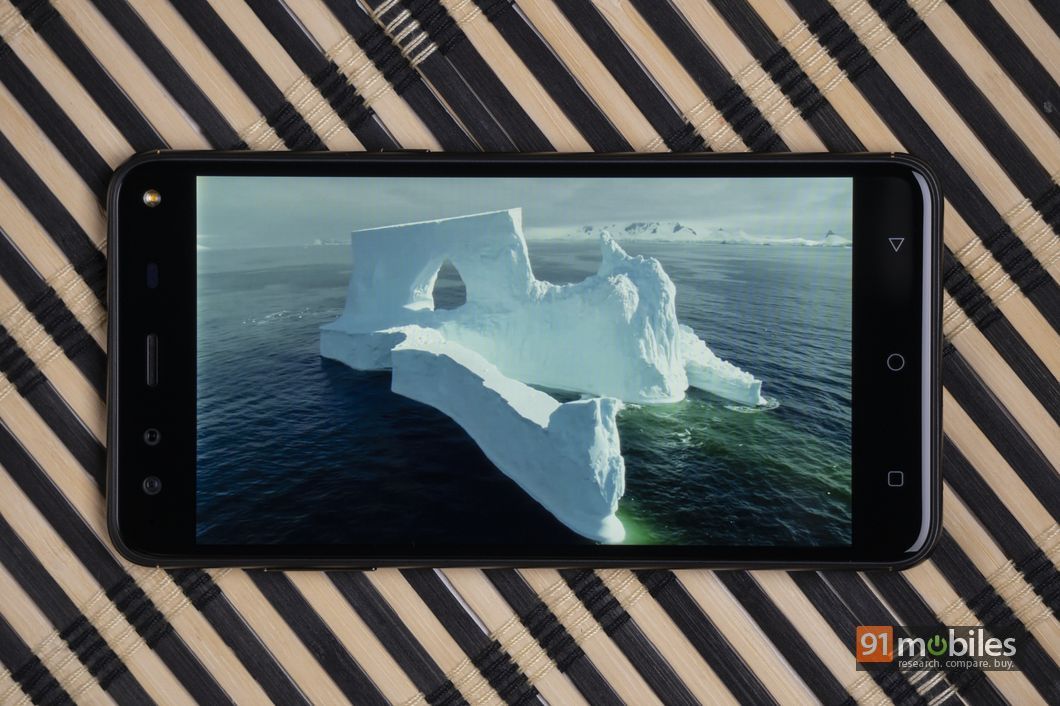 For a budget smartphone, Mobiistar XQ Dual packs some impressive features like a full HD display, dual front cameras, fingerprint sensor, and 3GB of RAM. The performance of the selfie camera along with the good display quality might be enough to woo young audiences but the dated version of Android and weak low light camera performance make it hard to recommend the handset whole-heartedly. In this price segment, the Mobiistar XQ Dual will be competing against the likes of the 10.or G and the Smartron t.phone P (review).

Mobiistar’s debut smartphones, the CQ and XQ Dual, aim to bring a powerful selfie experience to the masses

Mobiistar XQ Dual unboxing and first impressions: two (selfie cameras) for the price of one