91mobiles.com
Home Reviews Moto G5s Plus review: is two always better than one?

Smartphone technology is evolving at an exponential rate, which is both a good and a bad thing. With powerful processors and better cameras being developed round the clock, smartphones are faster and more versatile than they were ever before. Moreover, most of the features which were originally seen only on premium flagships can now also be seen on affordable handsets. On the flip side, this can get annoying for customers as no sooner is a device launched, its successor bearing incremental updates is already around the corner. Case in point, the recently-launched Moto G5s Plus (first impressions), which comes as the successor to Moto G5 Plus launched less than 6 months ago. If you already own the Moto G5 Plus (review), then click away as you need not upgrade to the G5s Plus. If not, then you’ll want to read what I have to say before you make that purchase decision. 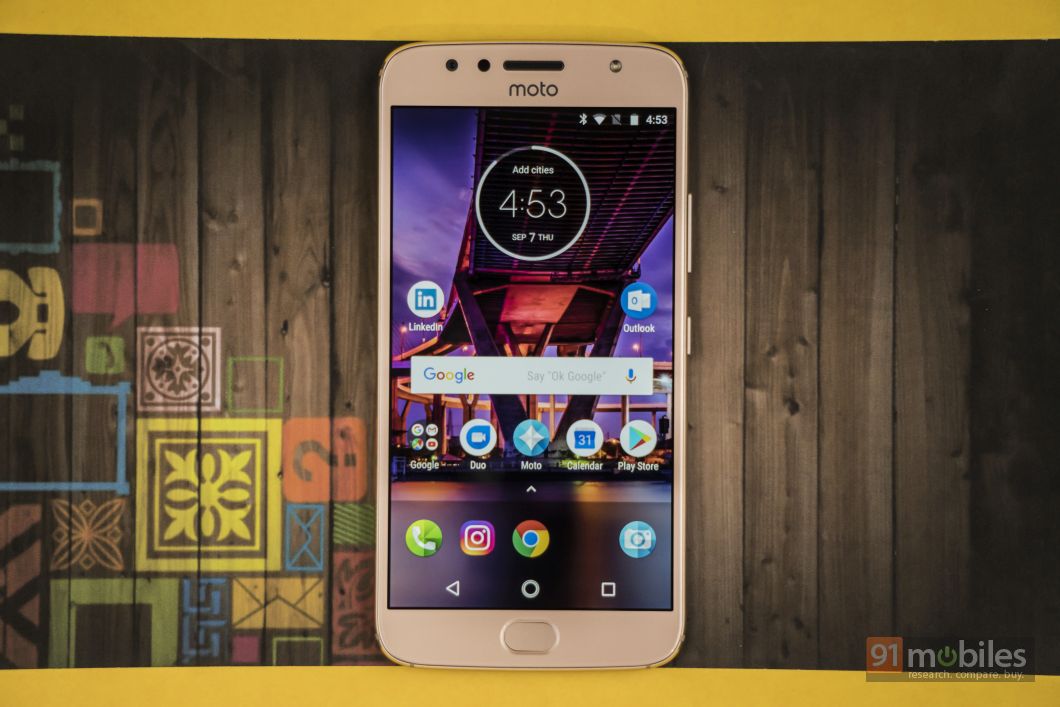 The design language of the Moto G5s Plus does little to differentiate itself from its predecessor, the G5 Plus, or any other smartphone in the affordable segment for that matter. The handset has been crafted using a unibody metal design, comes with a curvy back, chamfered edges… the works. However, that’s not to say that the smartphone’s design looks boring or dated. The cold-metal finish of the G5s Plus looks and feels really good in the hand and all the cut outs for all the buttons and ports have been incised with industrial precision. There’s a good amount of weight to the handset too, which instils a certain confidence in the user while holding the smartphone with one hand. The chamfered edges pop out when the G5s Plus is placed flat on a table under a source of light and form a neat and seamless border around the phone which adds to its good looks too.

While the design language of the smartphone is nothing to write home about, it’s the implementation in the design itself which makes the G5s Plus stand out in the crowd. The iconic dimple at the back of the smartphone with the Moto insignia makes a return on the G5s Plus. Moreover, you could spot the smartphone from a distance owing to its awkward camera bump which I feel gives the device a certain character as most handsets in this price bracket look identical from the back and the front. Having said that, while the camera bump does contribute to the smartphone’s unique look, it also makes the device wobble when laid flat on the table which is a bit of an inconvenience when you want to reply to someone or open an app quickly.

The Moto G5s Plus has some other things going for it in terms of design too. For starters, the fingerprint sensor of the smartphone is downright excellent and I faced no troubles unlocking the smartphone over the course of my review period. The handset comes in a splash proof casing and therefore, you could run wild during peak monsoon season without having to store your phone in a plastic bag. 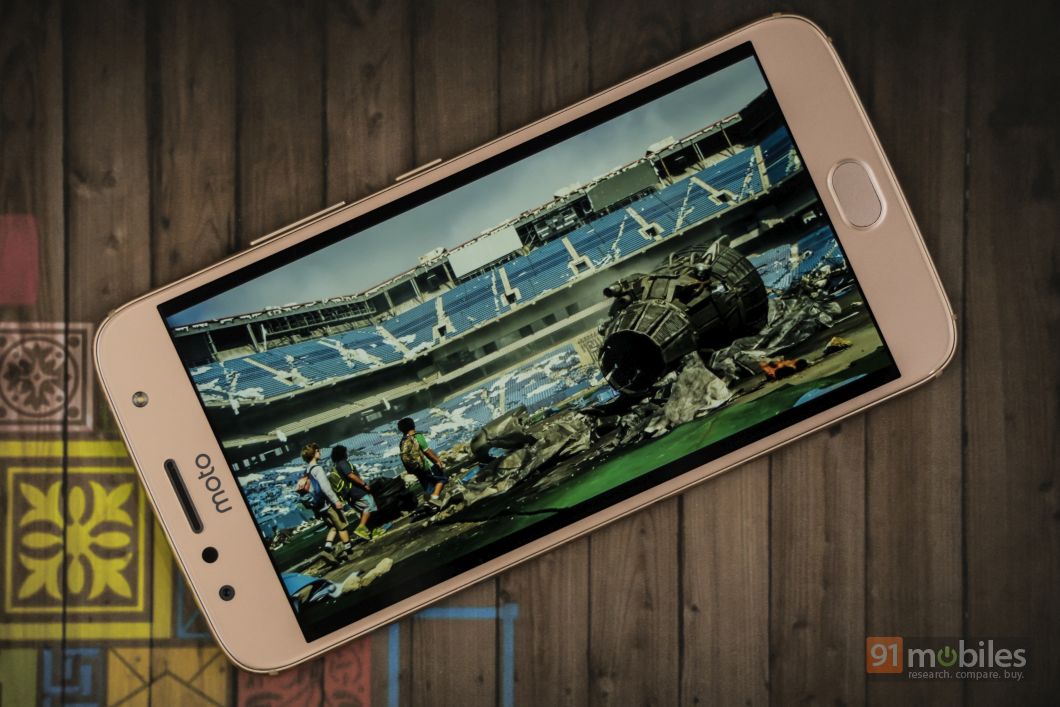 In terms of display, the smartphone comes with a 5.5-inch full HD display which offers slightly more screen real estate than its predecessor’s 5.2-inch panel. I’ve got no complaints about the smartphone’s display – it’s bright, punches out crisp images and the text appears sharp too. The camera department has seen the biggest facelift on the G5s Plus and the smartphone is the first in the G-series to sport a dual-camera setup on the back. Spec-wise, the G5s Plus gets two 13MP cameras at the back, one of which is an RGB sensor while the other is a Monochrome sensor. Both the cameras come with a F/2.0 aperture which interestingly, is a step-down from the F/1.7 aperture toting Moto G5 Plus. That besides, the monochrome sensor should theoretically capture sharper images as the photosites within the camera sensor will be able to capture light from the entire RGB spectrum resulting in more details. In practice, the results from the G5s Plus’s cameras are a mixed bag of beans but before we get into that, let’s take a look at the smartphone’s camera UI. 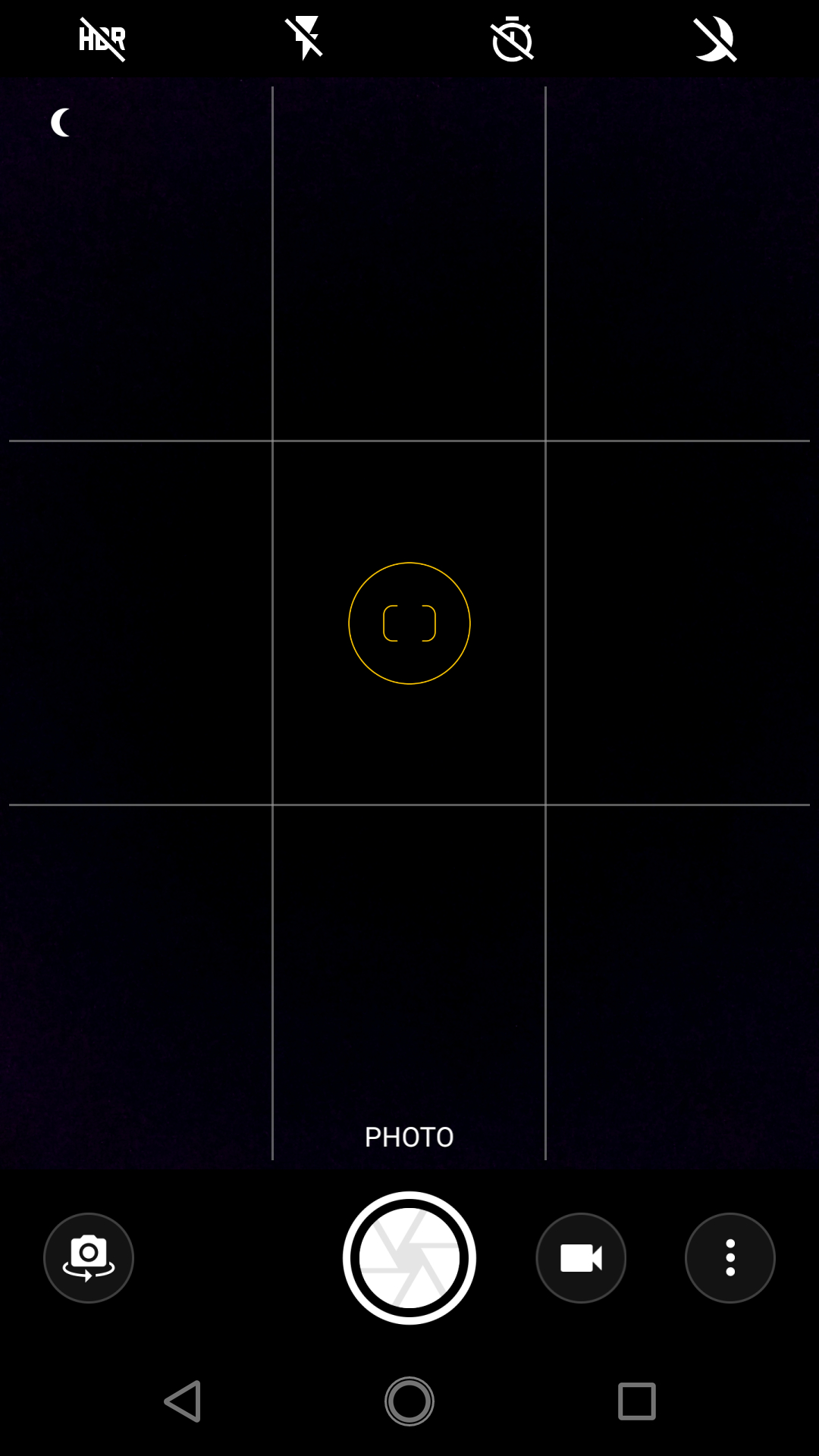 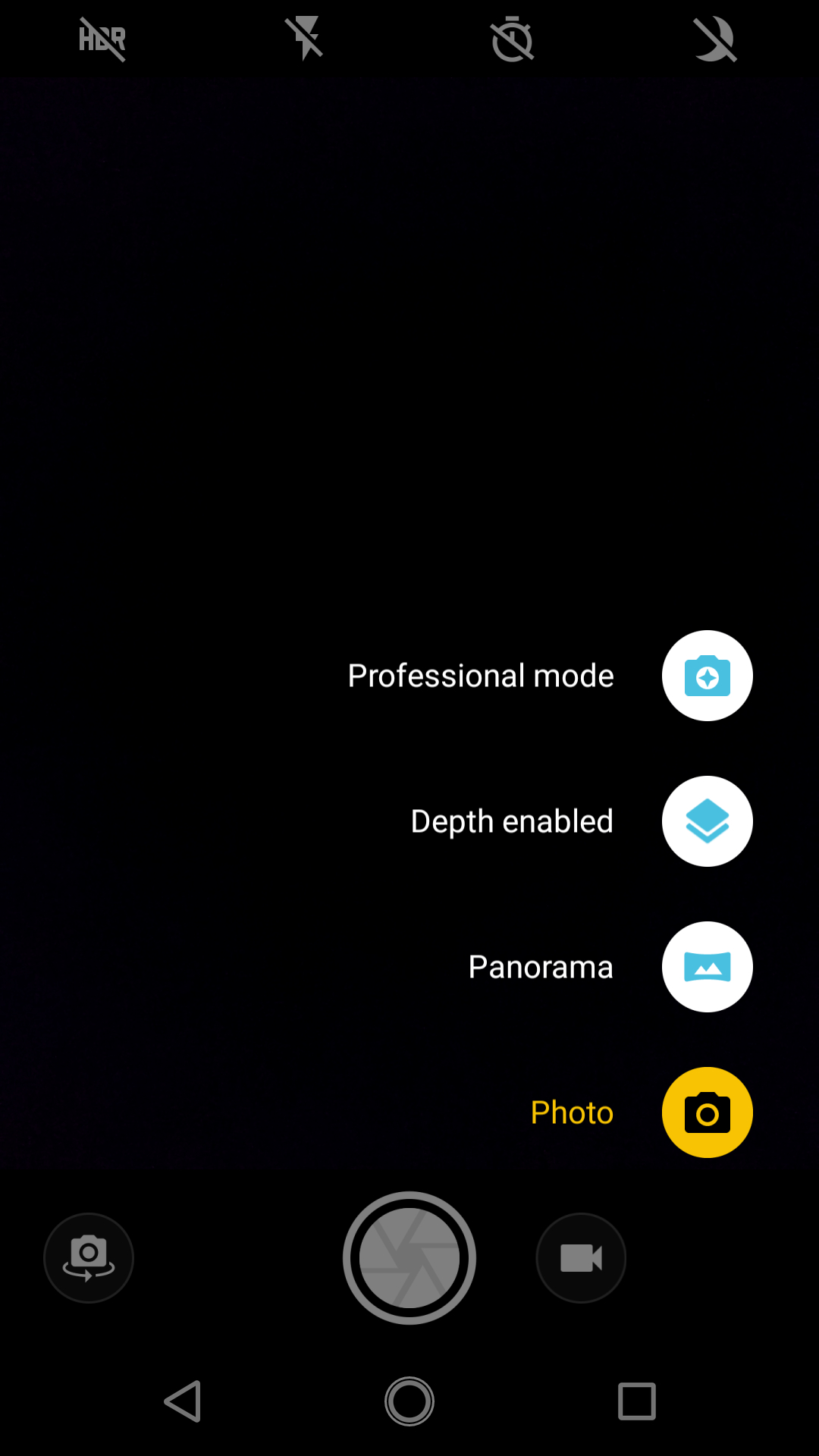 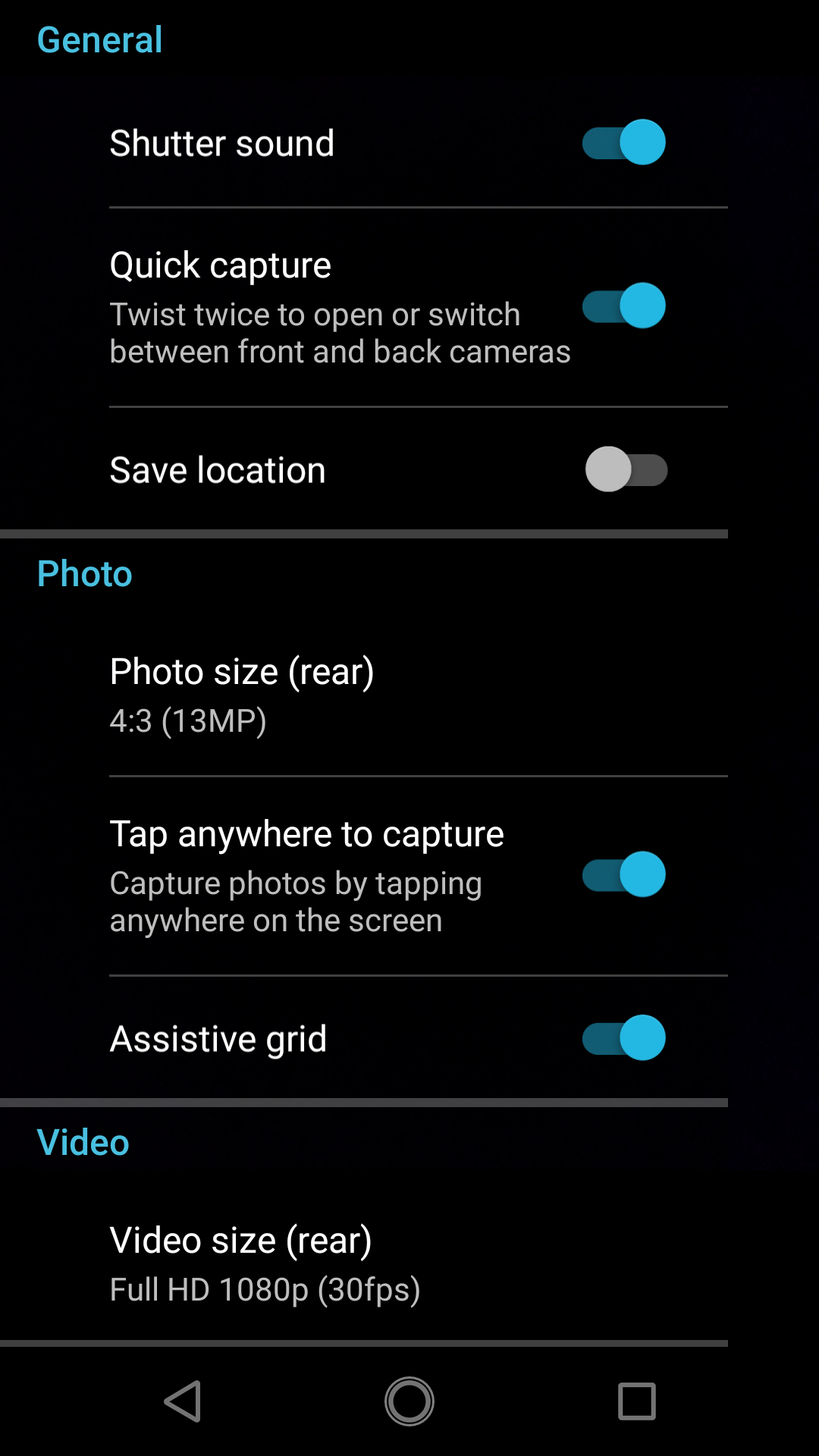 The camera UI of the G5s Plus is similar to the one we’ve seen on the Lenovo K8 Note which isn’t surprising since the company is streamlining the OS on all of its upcoming devices by shipping them with stock Android. Once you load up the camera app, you’ll find the shutter button at the bottom flanked by a camera toggle and a video recording button. Swiping to the right will bring up the camera settings whereas swiping to the left will bring up your photos. There’s a toggle towards the bottom right which will bring up an option to switch between various camera modes such as a Pro mode or the depth-effect mode.

While the camera can certainly shoot brilliant images, the smartphone almost always overexposes shots, resulting in backlight bleeding. Therefore, if you’re out and about and want to click a picture in broad daylight, you’ll always have to manually tweak the focus to get good results. Having said that, when the camera does latch on to a subject properly, it clicks some really nice pictures. The images are rich in colours and details and the built-in HDR mode does well to increase the highlights of a shot. The smartphone also supports depth-effect mode which will allow you to click a subject and blur its background. However, the effect isn’t as pronounced or elegant on the G5s Plus and the borders of most portraits are soft and hazy.

That said, the depth-effect mode on the G5s Plus brings a lot more to the table than just blurring the background. Once a picture has been captured in bokeh mode, users can then open the image in depth editor and tweak it as they deem fit. There are options to selectively turn part of an image into black and white or shifting the focus from one point to the other. I would like to say that the depth editor is currently in beta and therefore, the edited image turns out a bit funky at times. However, it is a pretty handy tool to have in your arsenal and I can’t wait to revisit the smartphone once the editor is fully functional.

The G5s Plus received a spec bump in the front camera department too and the handset ships with an 8MP secondary shooter as opposed to the 5MP sensor on its predecessor. The selfies I clicked with the smartphone were rich in colour and details if a bit oversaturated. There’s a dedicated flash module too, which greatly improves the quality of night-time selfies.

All in all, I wasn’t too impressed with the smartphone’s camera performance. While the handset can shoot decent images, they aren’t a huge improvement over the G5 Plus. Moreover, the G5 Plus’ better-focussing capabilities make it a more usable shooter in day-to-day scenarios than the G5s Plus. A software tweak could fix the exposure issue but seeing how the smartphone’s USP is its dual-camera setup, I expected Motorola to ship the smartphone with a bit more spit and polish.

If you’re upgrading from a Moto smartphone, then you already know what to expect from the software. The handset is running a near-stock version of Android Nougat and comes with some cool gestures baked into the UI. Karate-chopping to turn on the smartphone’s flashlight never gets old and you can cook up more gestures from the Moto Actions application to better interact with the smartphone. That said, Motorola has increased the number of third-party apps which come bundled with the smartphone and besides Google’s essential suite of application, the G5s Plus also comes with apps like Outlook and LinkedIn which cannot be uninstalled from the device. 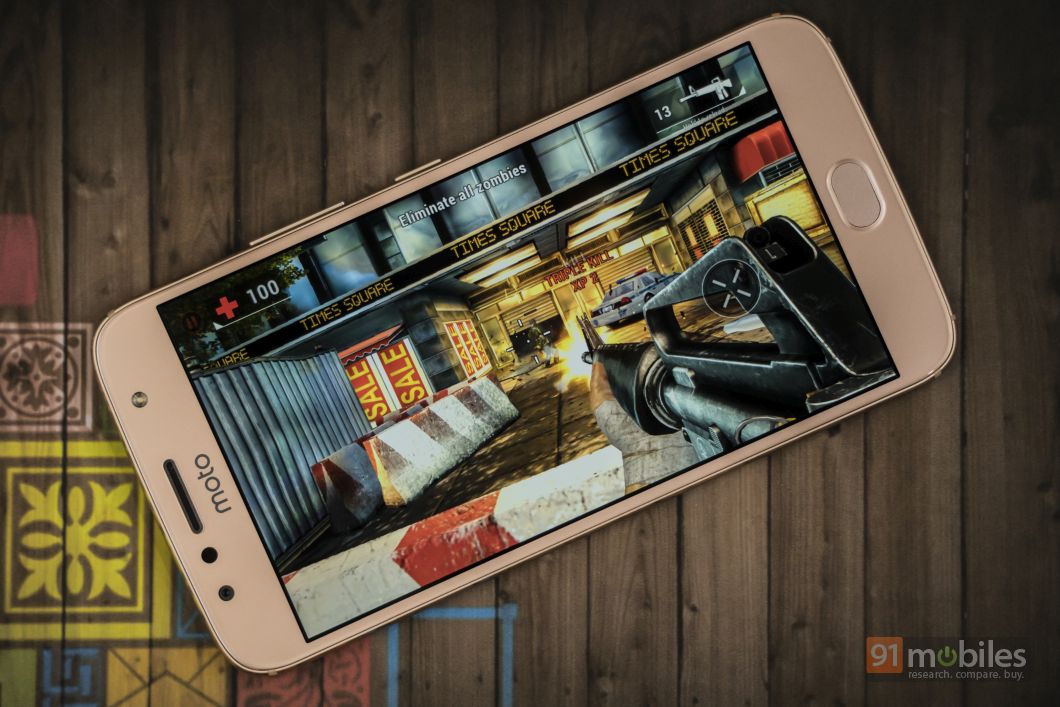 As I mentioned previously, the Moto G5s Plus is an incremental update over the G5 Plus with little to no changes in the hardware or the software. The smartphone is still powered by a Snapdragon 625 chip which works with 4GB of RAM. The internal storage has gotten a bump from 32GB to 64GB but other than that, it’s pretty much the same phone in a newer skin. While I didn’t face any problems with the G5s Plus’s performance in general, I would have liked to see the newer Snapdragon 630 or 660 SoCs powering the smartphone which would have offered slightly more grunt in the performance department, thereby increasing the shelf life of the smartphone. That said, the Snapdragon 625 chip powering the smartphone is no slouch, as has been proven time and again. Multitasking on the G5s Plus is buttery smooth and the slightly bigger screen size actually helps a lot while gaming on the smartphone too. 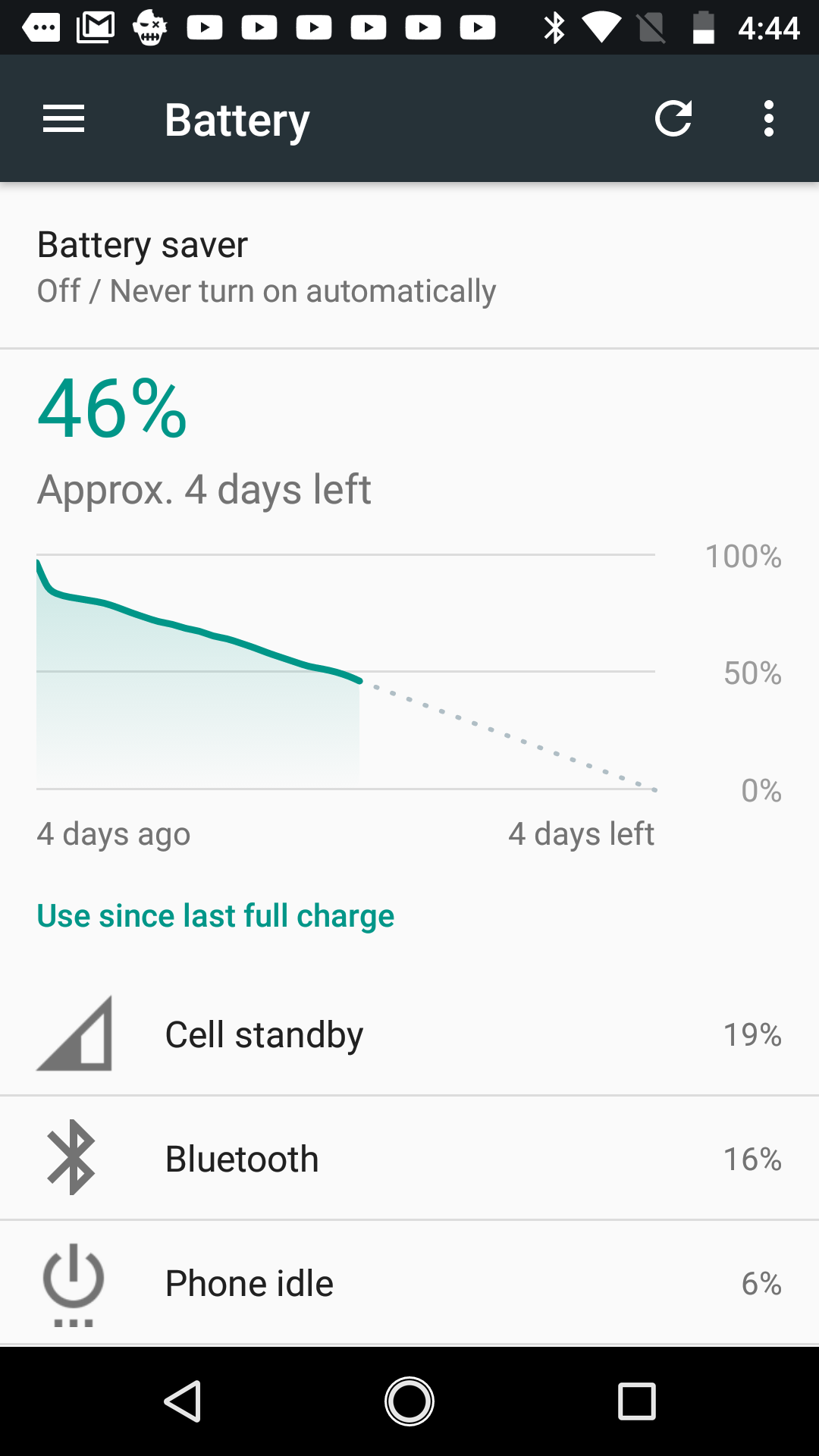 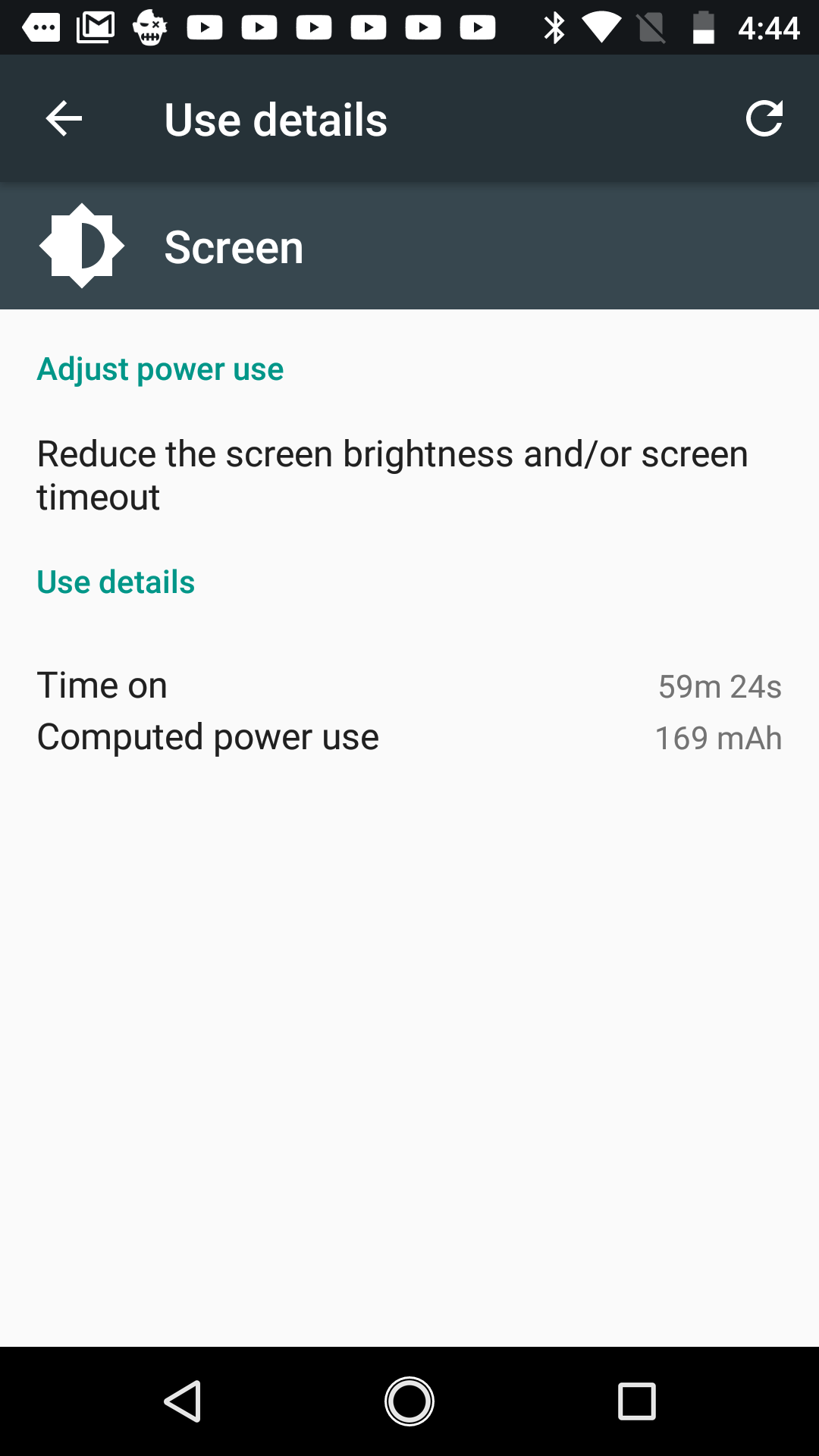 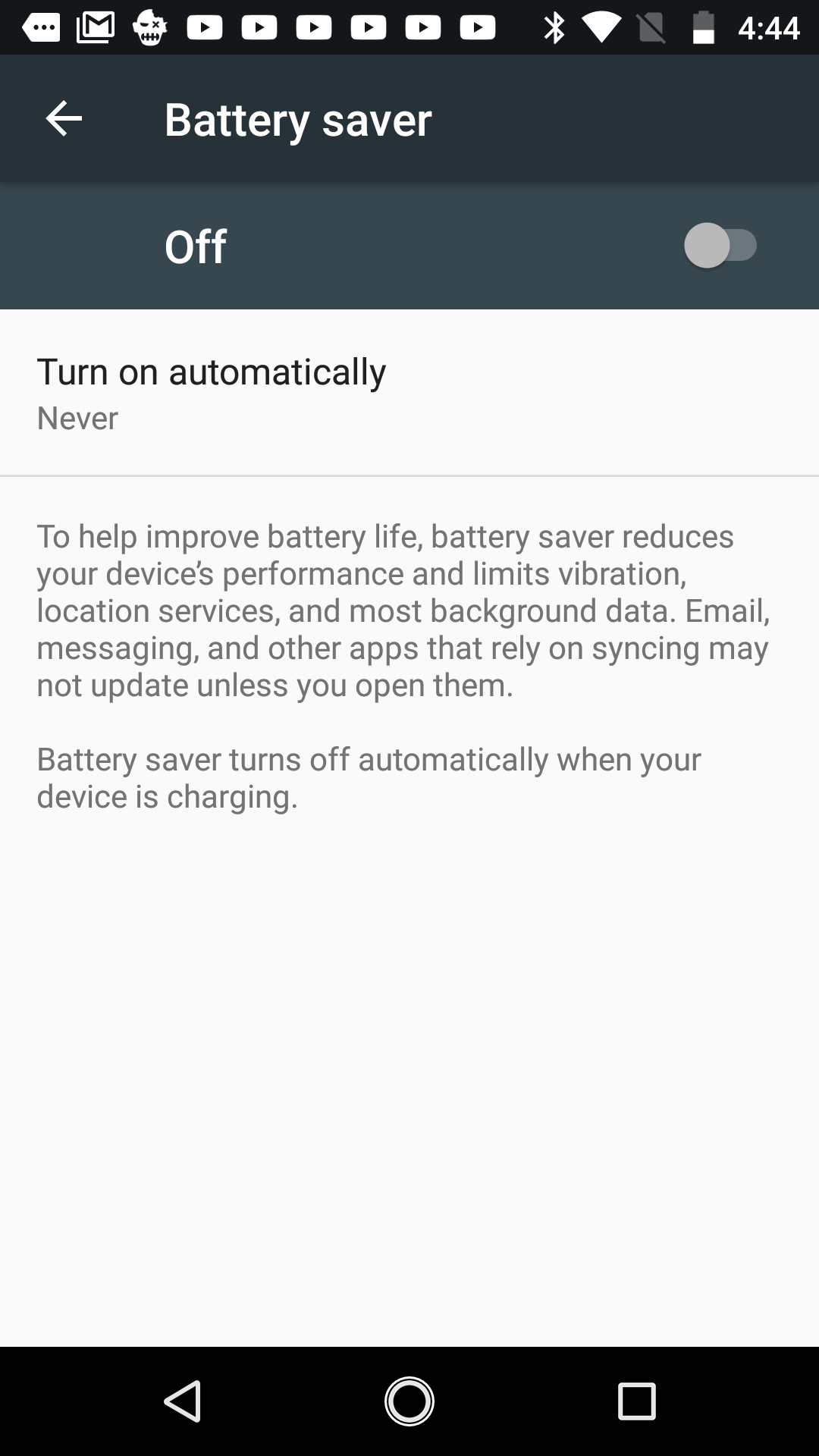 The Moto G5s Plus is backed by the same 3,000mAh battery which fuelled the G5 Plus. Seeing how there are several battery-centric options in the budget segment, some even from Moto’s parent company Lenovo, the battery capacity of the G5s Plus might not seem too promising on paper. However, don’t go by the numbers alone as the smartphone is able to crunch out stellar battery life, partly due to the battery efficient Snapdragon 625 processor on board the handset. I consistently hit the 4.5-hour screen on time mark with the device on moderate to heavy usage which included chatting on WhatsApp, Instagramming photos, connecting to peers on Slack, watching videos on YouTube, moderate browsing and trophy pushing for around 20-30 minutes on Clash Royale. Suffice it to say, the smartphone is just as good as its predecessor when it comes to battery life, making it one of the best in the segment. 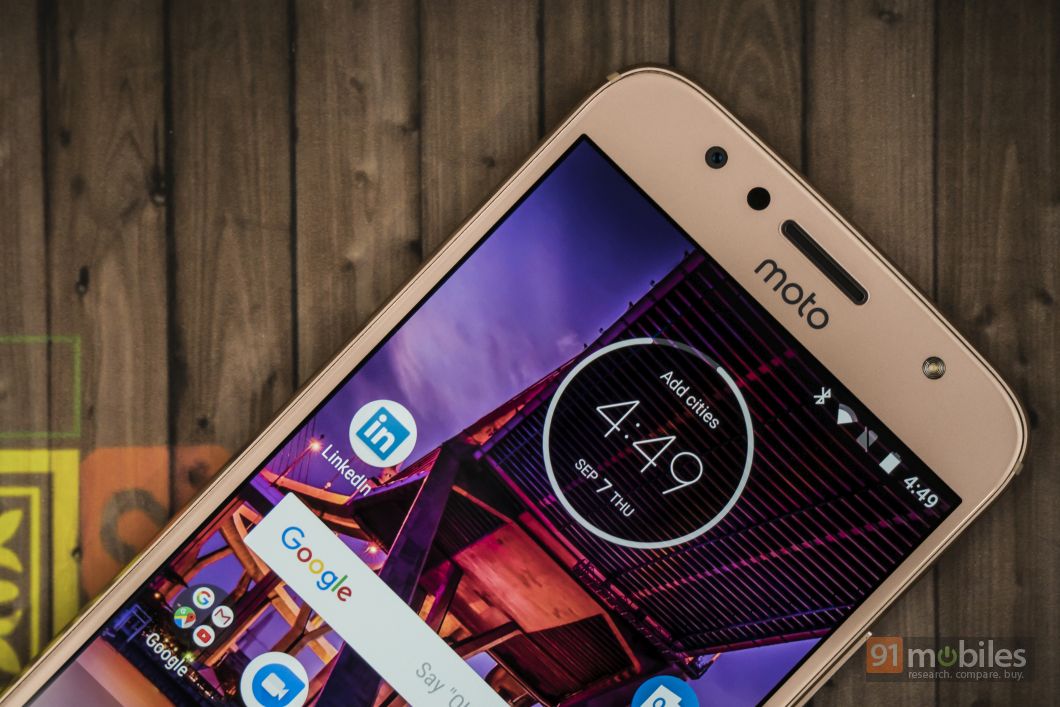 As I mentioned at the start of this review, the G5s Plus isn’t a huge increment over the G5 Plus. The smartphone comes with the same internals and possibly a better camera, should Motorola address the quirks with a software update. However, bear in mind that the cost difference between the two models is also very minute and therefore, asking for a significantly better smartphone would be unrealistic, to say the least. Moreover, the G5s Plus is a pretty solid smartphone in its own right and offers excellent battery life, a bigger display to consume media on and a decent processor to keep everything running smooth.

With that said, the Moto G5s Plus isn’t the only stock Android running smartphone in town anymore and you could go for similarly specced options such as the Xiaomi Mi A1 (review) or the Lenovo K8 Note (review).

To sum up, while the G5s Plus is not a smartphone you should upgrade to if you already own the Moto G5 Plus, it’s possibly worth a look if you are looking for an affordable dual-camera smartphone. That said, do take a close look at its closest rivals too before you decide.