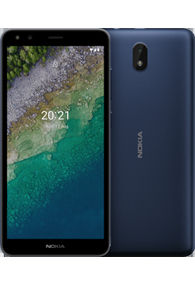 The entry-level smartphone hasn’t been seeing a lot of action in recent months. But now, HMD Global has a new option in the form of the Nokia C01 Plus, a phone that lands at a price of Rs 6,199. The device runs the stripped-down Android Go 11 UI, has a single camera on the back, chunky bezels, and a few more traits that are common in the world of budget smartphones. Is the Nokia C01 Plus for you? The answer to that question can be found in the following review of the device. 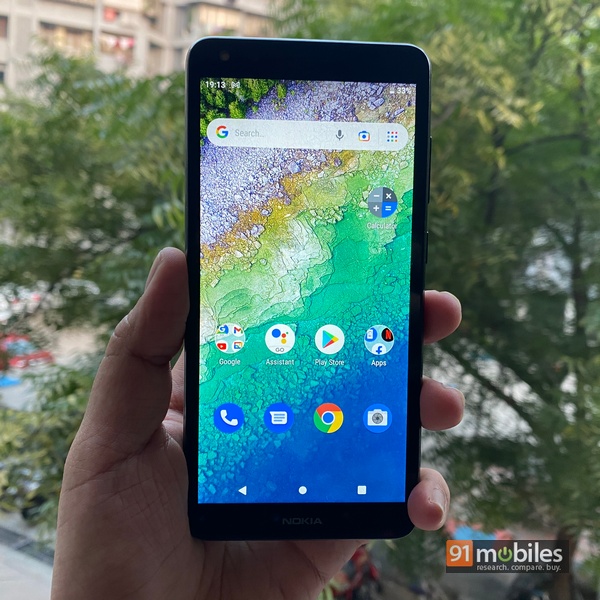 With the cost of smartphones rising, there aren’t too many compelling options around. However, for a budget of under Rs 6,500, the Nokia C01 Plus could serve as a decent offering, scoring high on aspects like the build quality and software. 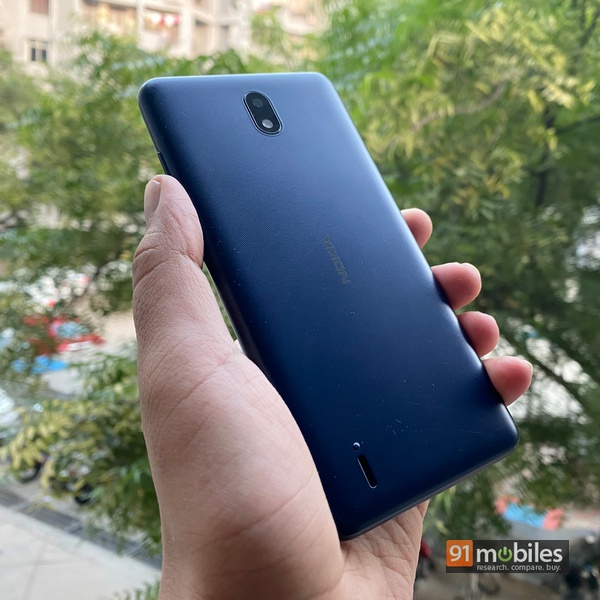 The Nokia C01 Plus features a sturdy, textured plastic chassis, with its single camera and LED module sitting flush on the rear. Nokia smartphones are known for their solid build quality and it seems the same is being translated into the brand’s entry-level portfolio. The volume rocker and power buttons are placed on the side, and are quite tactile too. I don’t remember the last time I could take out the back panel on a smartphone and see the battery inside, but the C01 does feature a removable battery. The slight depression on the phone’s bottom makes removing the back panel as easy as opening your lunchbox. However, the phone is quite thick, which is slightly surprising given the small 3,000mAh battery. A micro-USB port is present on the top, alongside the headphone jack. The clunky bezels surrounding the display transport me back to 2014, a time when such a design was an expected part of a device’s fascia. While the 5.45-inch HD+ screen itself offers a decent viewing experience in terms of colours, the brightness levels are on the lower side and there’s no WideVine L1 certification. The main utility of the screen lies in its easy one-handed usage and casual YouTube viewing, both of which it accomplishes reasonably well. 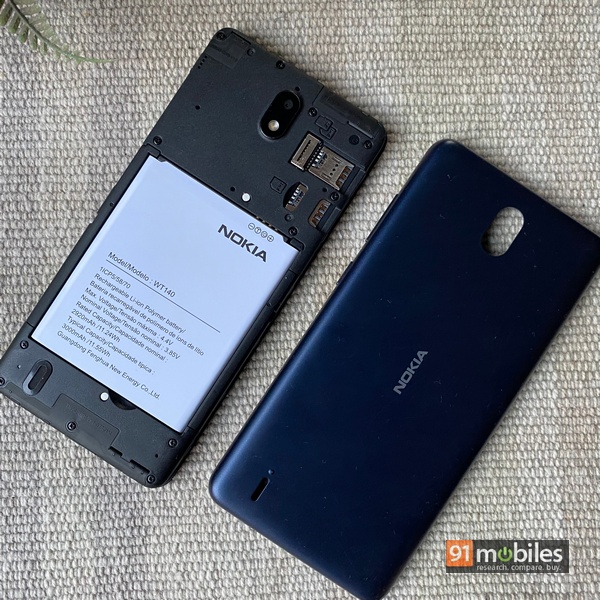 The single 5MP camera on the back offers basic photo-taking functionality. Accurate colour reproduction, visible dynamic range, and contrast ratios aren’t really its strong points. Its main job is to bring in as much of a focus as the lighting in the scenario allows. Details are oversharpened in many instances and the phone’s low-light camera performance is unimpressive, with photos lacking focus and details even with a lot of ambient lighting. However, it should be noted that as an entry-level smartphone, the image-taking capabilities of the device are on par with the competition. Lastly, the front-facing selfie camera also has a 5MP sensor and its quality is comparable more to a laptop’s webcam. 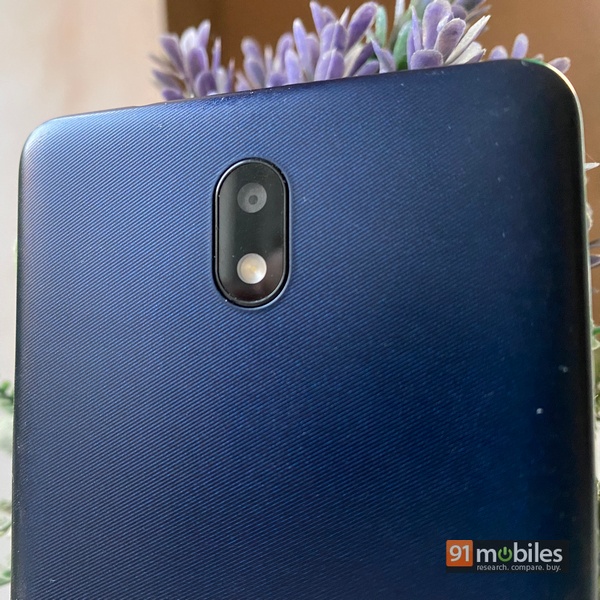 Performance on the Nokia device is handled by the Unisoc SC9863A processor. The quad-core processor is not loaded in the way of handling heavy CPU tasks but the efficiency of Android Go certainly helps the device run the usual apps like Chrome, YouTube, Google Maps, Facebook, and others with relative ease. BGMI takes forever to load and crashed after about 30 minutes at the lowest settings, but the game is overkill for this device anyway. There is 2GB of RAM on the phone, which should keep a few apps running in the background and while 16GB of internal storage may not be enough, there is the option to increase it to 256GB using a microSD card slot. 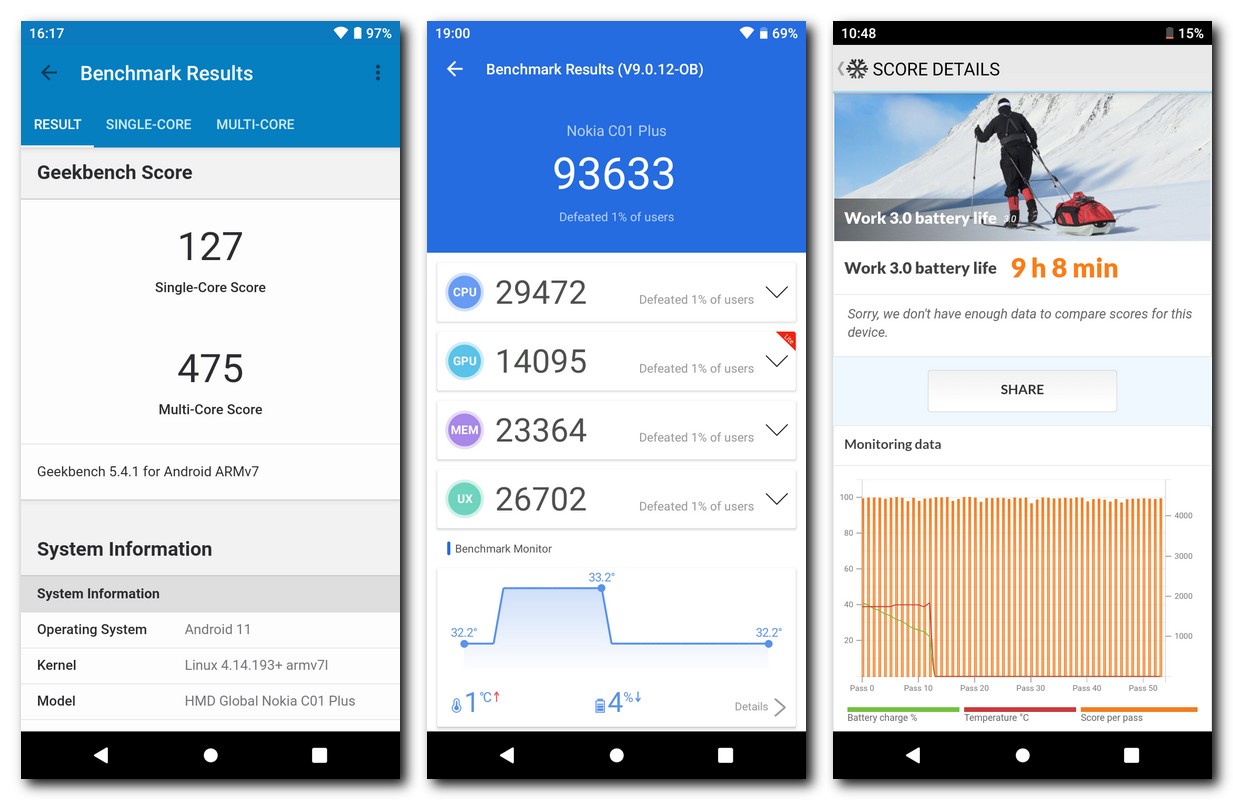 Nokia’s stock Android UI is sort of marred with a lot of bloatware like MX TakaTak, MyJio, Solitaire, and a couple of games… all of which can be uninstalled. There is a single speaker on the back which sounds average even for an entry-level device. There is no fingerprint sensor on the device and you will have to open the phone using the old-school four-digit passcode or a very unreliable face unlock system. Lastly, the battery capacity on the device is 3,000mAh which doesn’t seem a lot but since the processor is not very power-hungry, the phone can last for more than a day on a full charge. It charges via the 5W adapter provided inside the box and takes about 2 hours to fully charge. 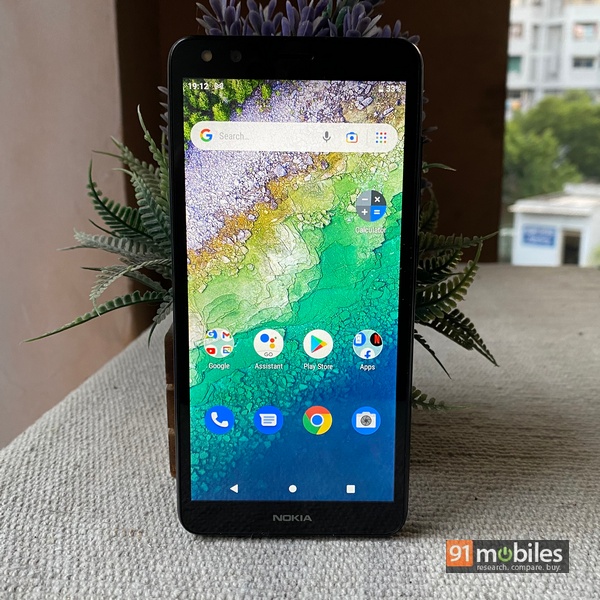 The Nokia C01 Plus seems a reasonable choice for the entry-level market and packs in specs that should accomplish basic smartphone tasks. This is a device possibly targeted at those switching over from feature phones, and can perhaps be handed out to your grandparents or someone whose requirements involve accessing WhatsApp and YouTube. At the under 7k price point, the Nokia C01 Plus comes across as a smartphone that should be able to handle the basics.