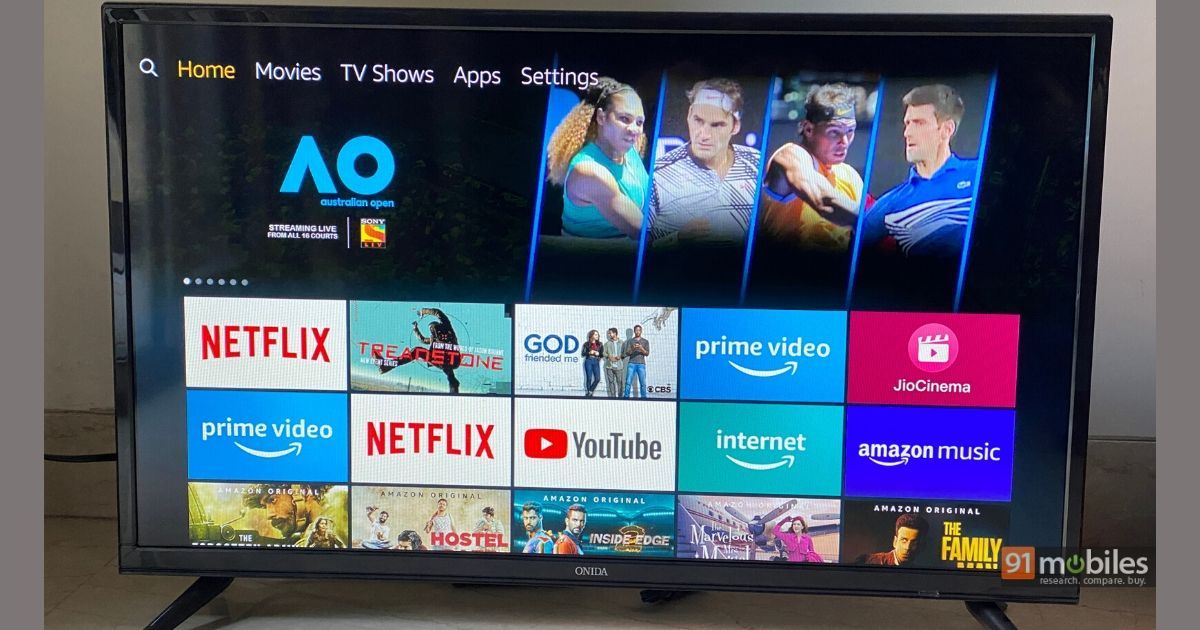 Remember the ads with the tagline “neighbour’s envy, owner’s pride”? Onida famously used this tagline to promote its televisions back in the day, and now the brand is back in a smart avatar with its Fire TV edition TVs. Amazon’s smart TV platform, hitherto seen on its Fire TV sticks (review), has been integrated for the first time on televisions, and Onida is the chosen brand vehicle for the same. And why not? The smart TV segment in India is booming, and clearly, Onida and Amazon want a share of the pie. The Onida Fire TV Edition is available in 32-inch and 43-inch screen sizes, and here’s a look at the smaller of the two. 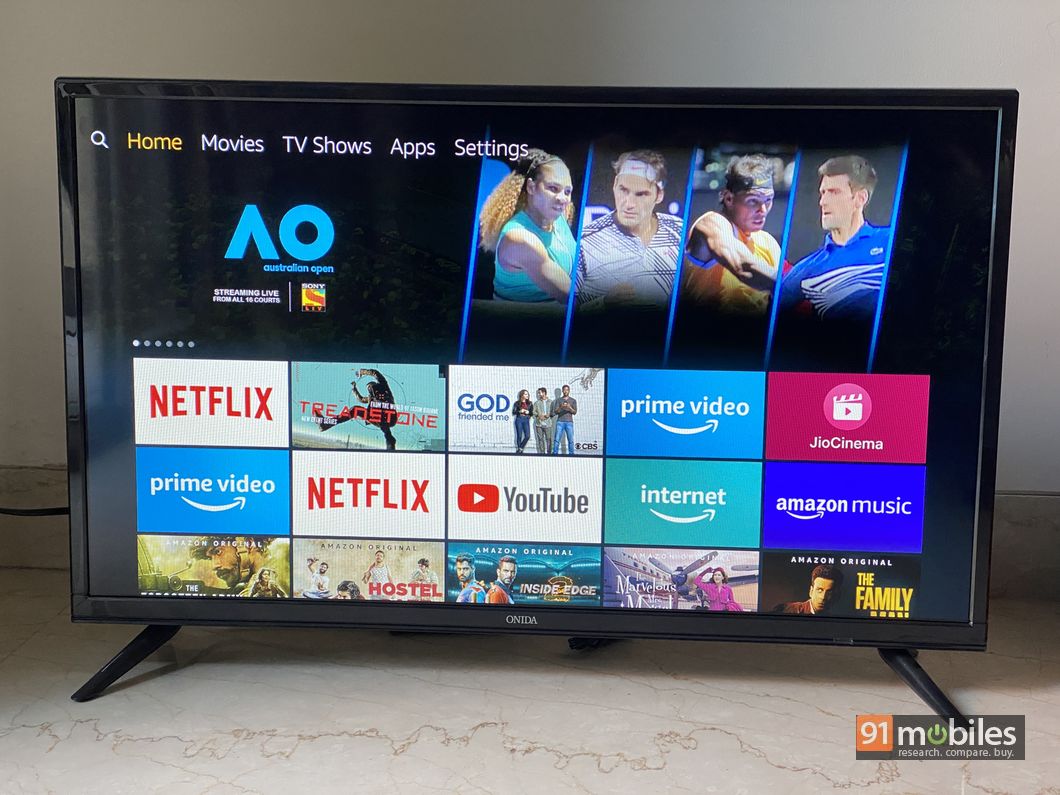 The 32-inch model of the Onida Fire TV Edition isn’t much in terms of looks or design… looking like just another budget television. With a plastic chassis and reasonably slim bezels, the black-coloured TV is quite lightweight, and comes with a healthy selection of ports. These include three HDMI, one USB, an optical out, 3.5mm line out, composite, and antenna. There’s an Ethernet port for wired connectivity to the internet, but you also get dual-band Wi-Fi, plus Bluetooth as well. The TV comes with a wall mount, or can be propped up on a flat surface using the included feet.

Why pay in full when you get EMIs with 0% interest?
Buy the Onida 32 HIF Fire TV Edition smart TV now and pay later in flexible EMIs!
Know More 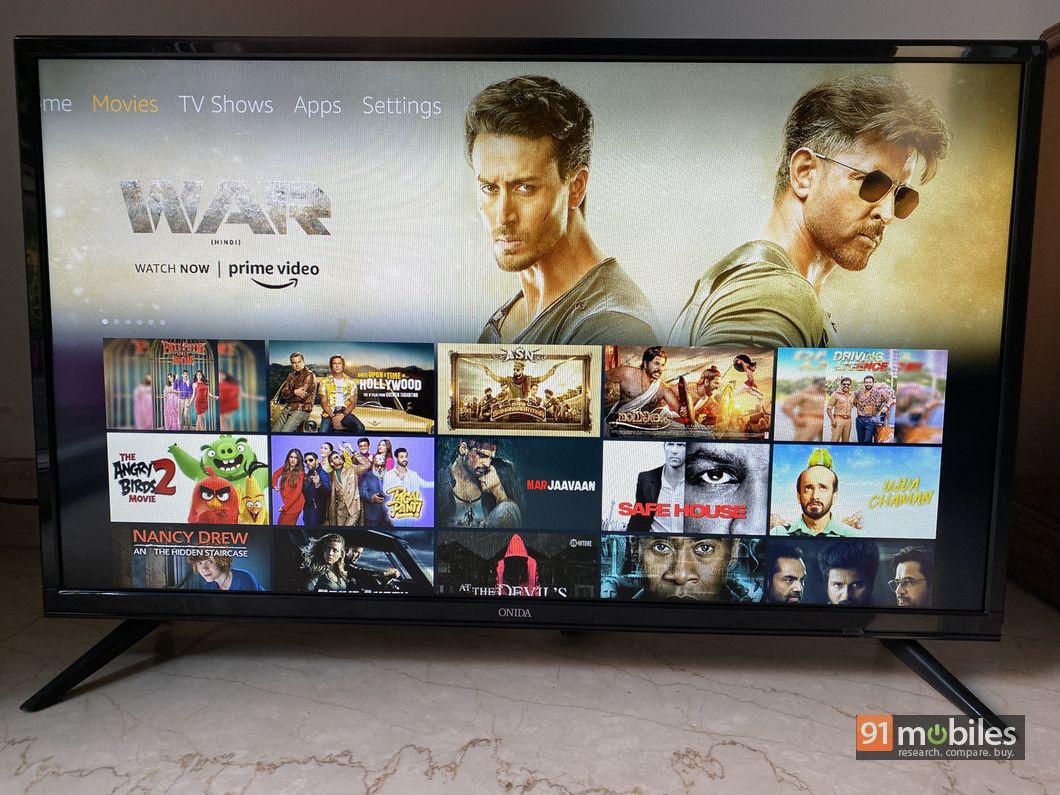 The 32-inch screen is HD ready, offering a resolution of 1.366 x 768 pixels with 60Hz refresh rate and 300 nits of brightness. The sound output is rated at 16W for the built in speakers. Onida bundles an Alexa-capable voice remote with the TV, and the accessory looks very similar to the remote that you get with the Fire TV stick. The Onida TV remote is larger in size though, and also includes dedicated buttons at the bottom for accessing Prime Video, Netflix, Zee5 and SonyLIV with a single press. 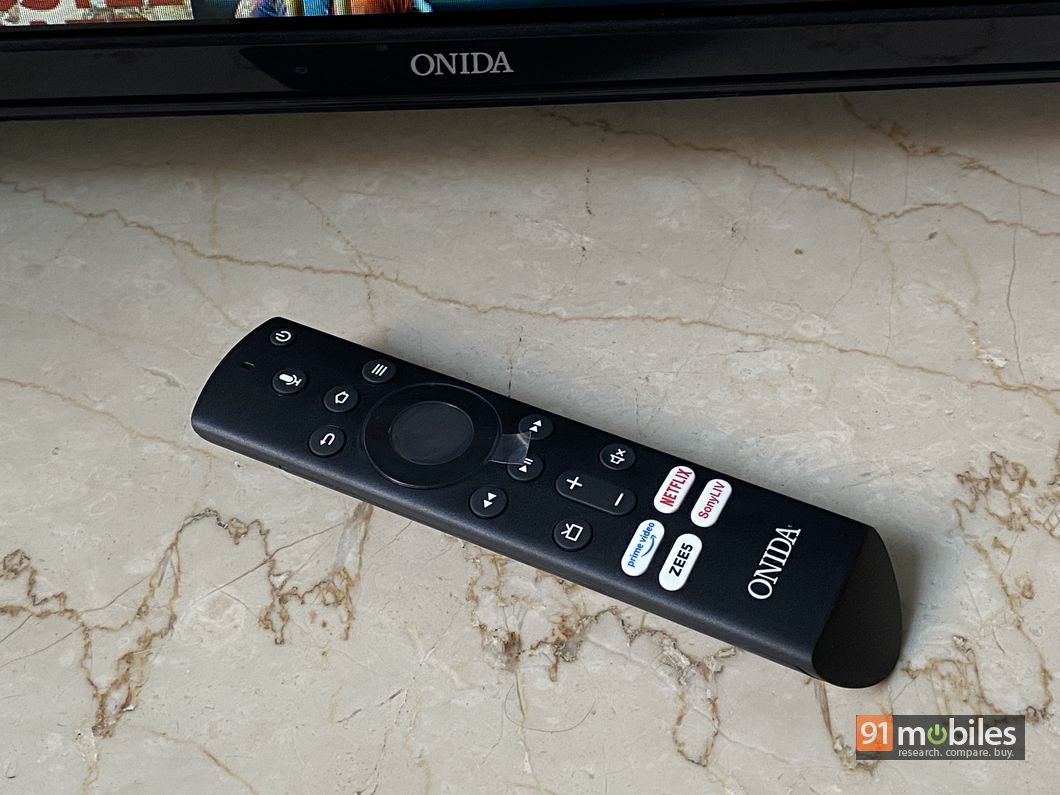 The remote has a built-in mic, and using the Alexa button, you can search for content across various apps and get the TV to respond to voice-based queries too, just like an Alexa-powered smart speaker. It’s pretty convenient, and in my opinion, one of the best aspects of the Onida TV. The remote is powered by a pair of AAA batteries (included) and uses Bluetooth for connectivity, so you don’t need to point it to the TV while operating it. 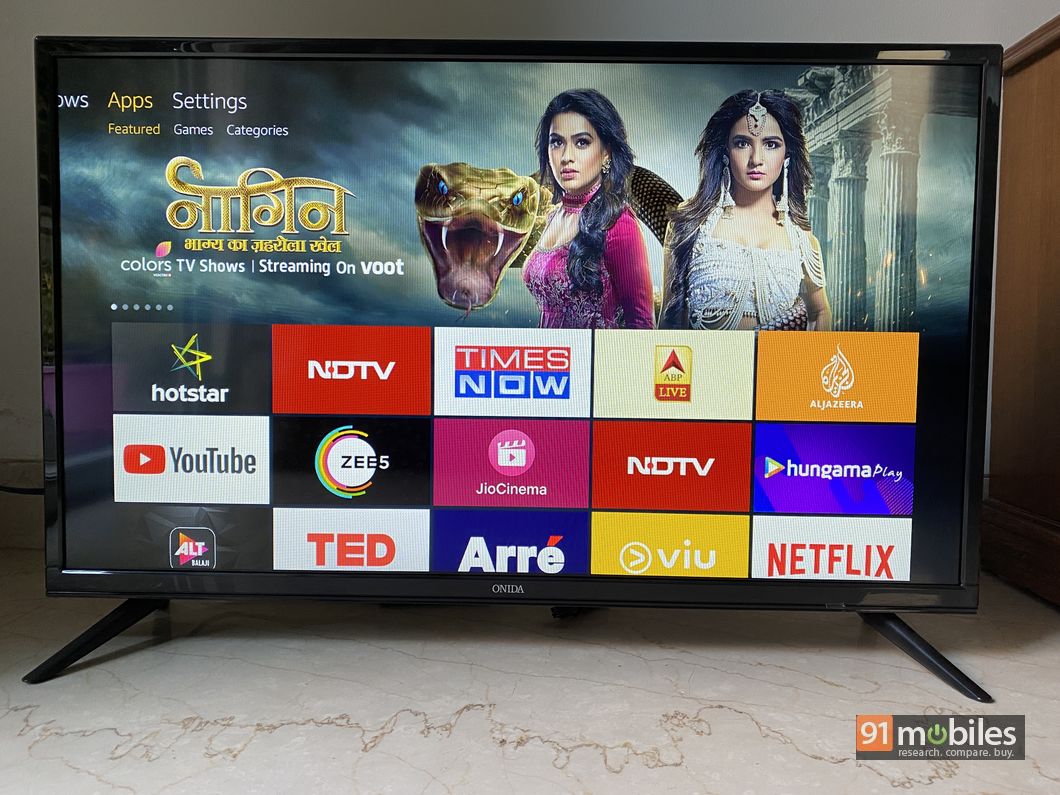 The Onida Fire TV Edition runs Fire OS, and the interface is basically the same as the one you get with the Fire TV Stick. Additionally, the home screen also shows a row for inputs, so you can switch between sources from there directly, instead of having to dive into menus. The Fire TV interface can seem a bit overwhelming at first, especially if you aren’t used to it, but you can soon get used to it. There’s a healthy selection of apps and games to choose from, with the ecosystem including most of the popular streaming services like Netflix, Hotstar, Zee5 and the like. Notably, the Apple TV+ app seems to be missing, which seems strange given that it’s available on the Fire TV Stick.

The core specs of the TV include a quad-core processor, a gig of RAM and 8GB storage. Scrolling through the interface and app launch times are reasonably fast, without much lag visible. As far as the display quality is concerned, the TV screen offers ample brightness levels, decent colours and good contrast… as good as any other TV in this price range. Do note that you’d be restricted to HD quality video, since the 32-inch model doesn’t support full HD. The built in speakers can get pretty loud, but don’t expect rich audio quality. 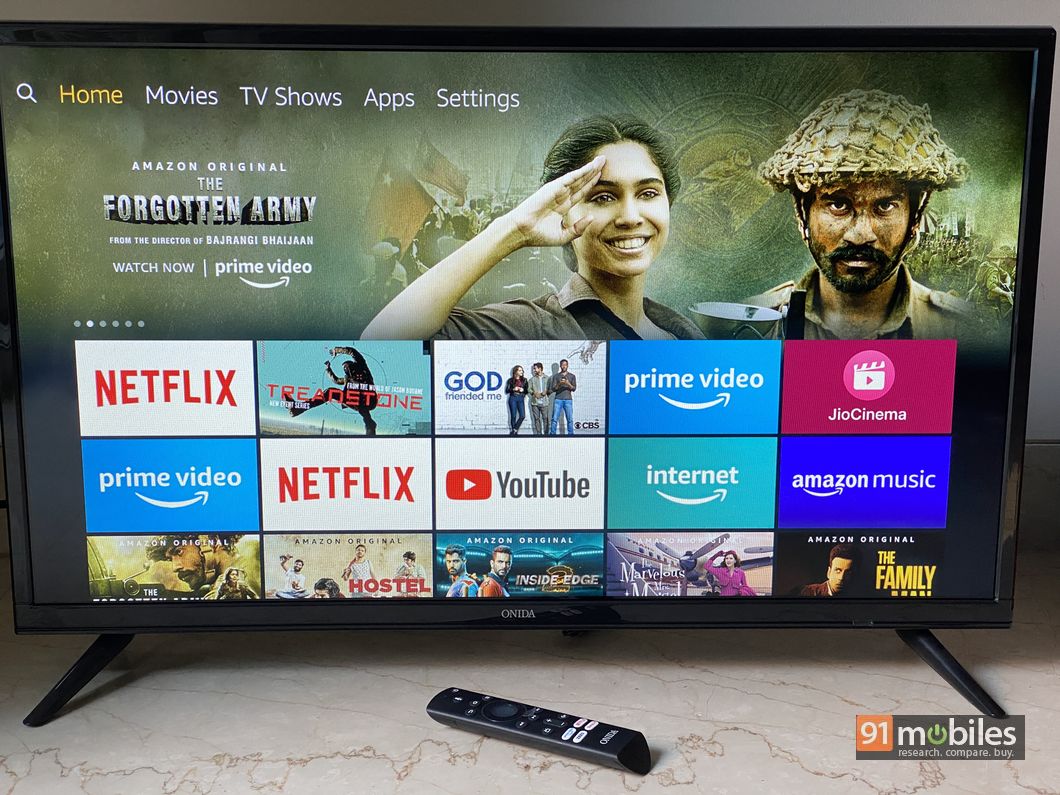 The 32-inch Onida Fire TV Edition is priced at Rs 12,999, which put it in the same league as other smart TV options from popular brands like Xiaomi and VU. Some of those rivals come with Google’s Android TV platform, so at the end of the day, you’d need to choose one OS over the other. If you already have a dumb TV, or an older smart TV that doesn’t give you access to streaming services you want, the Fire TV Stick which is priced at Rs 3,999, is a wise choice. But when it comes to choosing a basic, 32-inch smart TV, the Onida Fire TV Edition makes for a compelling buy, given the rich app ecosystem, the Alexa-powered Voice remote and the related smarts it offers.