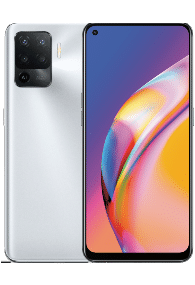 In my OPPO F17 Pro review, I mentioned that the phone delivers exceptional build quality, a good-looking AMOLED display, and a convenient 30W fast charging support. A lot of what made the OPPO F17 Pro attractive has now carried forward to the successor, the OPPO F19 Pro. The latest OPPO phone also highlights a slim and attractive design language, an AMOLED display, and 30W fast charging. In fact, the phone is quite similar to its predecessor in many ways, which is both good and bad. Priced starting at Rs 21,490, the OPPO F19 Pro is more affordable than the 5G-ready OPPO F19 Pro+. Here’s a look at how the vanilla Pro model performs in this price segment in our review.

The OPPO F19 Pro doesn’t try to be too different from its predecessor, which makes it a rather uninspiring addition to the company’s portfolio. While the design and display are attractive, the lack of popular features like a high refresh rate screen, 5G support, and a newer chipset make it look inferior to the competition. 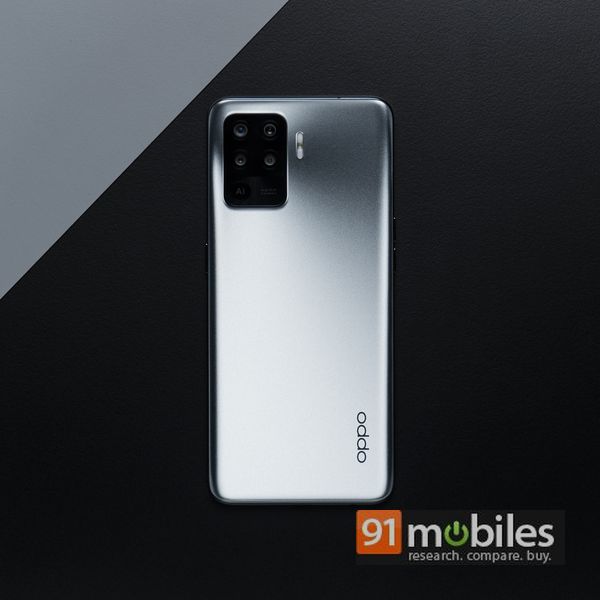 OPPO doesn’t need to prove itself when it comes to making good-looking phones. The OPPO F19 Pro is just one more in a long list of attractive phones from the brand and it is awfully close to what the OPPO F17 Pro offers. The curved rear panel has a rough matte finish and the device comes in Fluid Black, Fantastic Purple, and Crystal Silver colours. The Crystal Silver unit I received offers a classy and elegant look. Despite the rough finish on the back, the handset can feel quite slippery to hold. The finish is doubly good as it does not attract fingerprints or smudges at all. 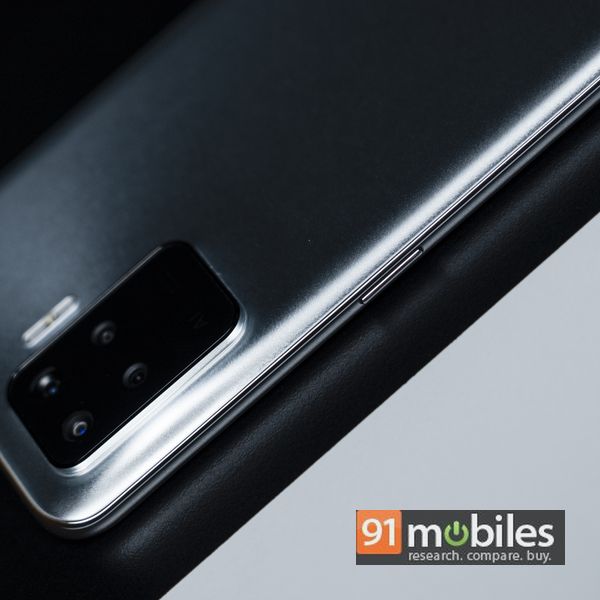 The OPPO F19 Pro does not feel as lightweight in the hand as the F17 Pro did, which is probably due to a slightly bigger battery unit. The newer model weighs around 172 grams as opposed to 164 grams of the previous model. Yet, the OPPO F19 Pro still feels great to hold and it won’t strain your hands while watching media or playing games. The power button on the right and volume buttons on the left have a nice clicky feel to them. The phone also comes with a Type-C port, 3.5mm headphone jack, and a speaker grille on the bottom of the frame.

Much like the F17 Pro, the OPPO F19 Pro gets a 6.4-inch FHD+ (2,400 x 1,080) AMOLED display. Instead of a pill-shaped dual punch-hole camera, there’s only a single corner cut out this time around. Unfortunately, the F19 Pro does not come with a 90Hz or 120Hz refresh rate, but you do get a bright and vivid AMOLED panel. You’ll be quite happy with the screen as it displays rich colours and inky blacks that you would expect from an AMOLED screen. The white balance is good and the text appears sharp. I also faced no issues viewing the screen under bright sunlight. 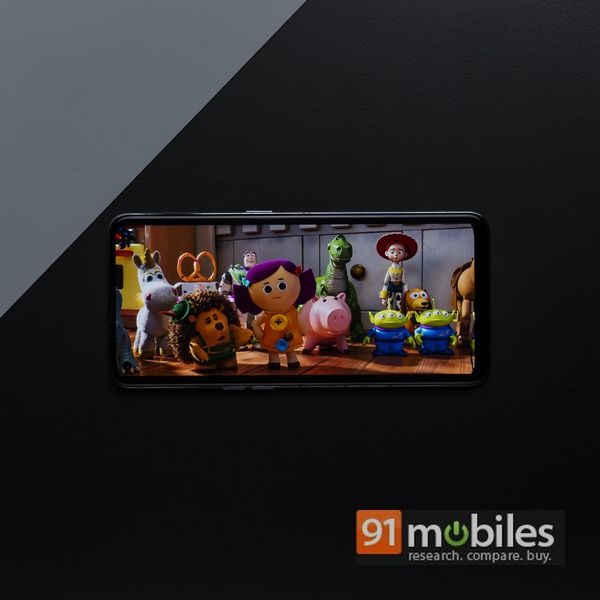 While you can stream content on platforms like Netflix and Prime Video in full HD resolution, the experience is about average due to the lack of stereo speakers. You can find better and cheaper options out there that offer stereo speakers and a better overall entertainment experience. 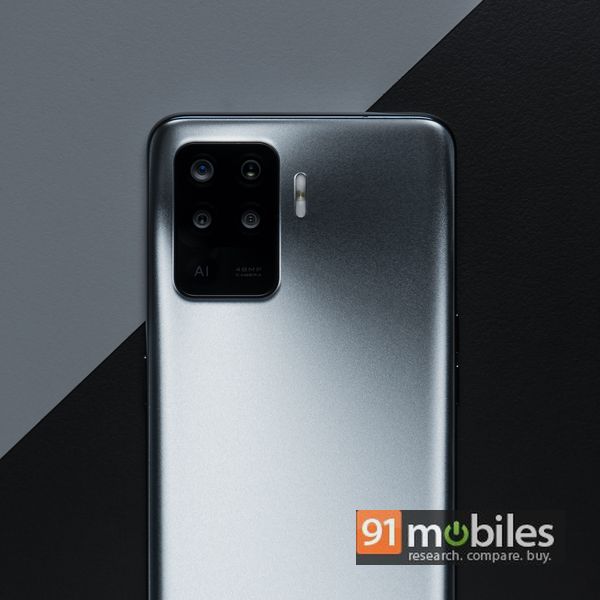 OPPO F19 Pro comes with a similar camera setup as seen on the predecessor. There’s a 48MP f/1.7 primary sensor, an 8MP wide-angle lens, a 2MP macro lens, and a 2MP mono camera. At the front, the phone gets a single 16MP camera. Not much has changed in terms of camera performance here. You still get pleasing photos in daylight, with good exposure levels, vibrant colours, and sharpness. Dynamic range remains iffy as the darker areas of a picture lack detail. 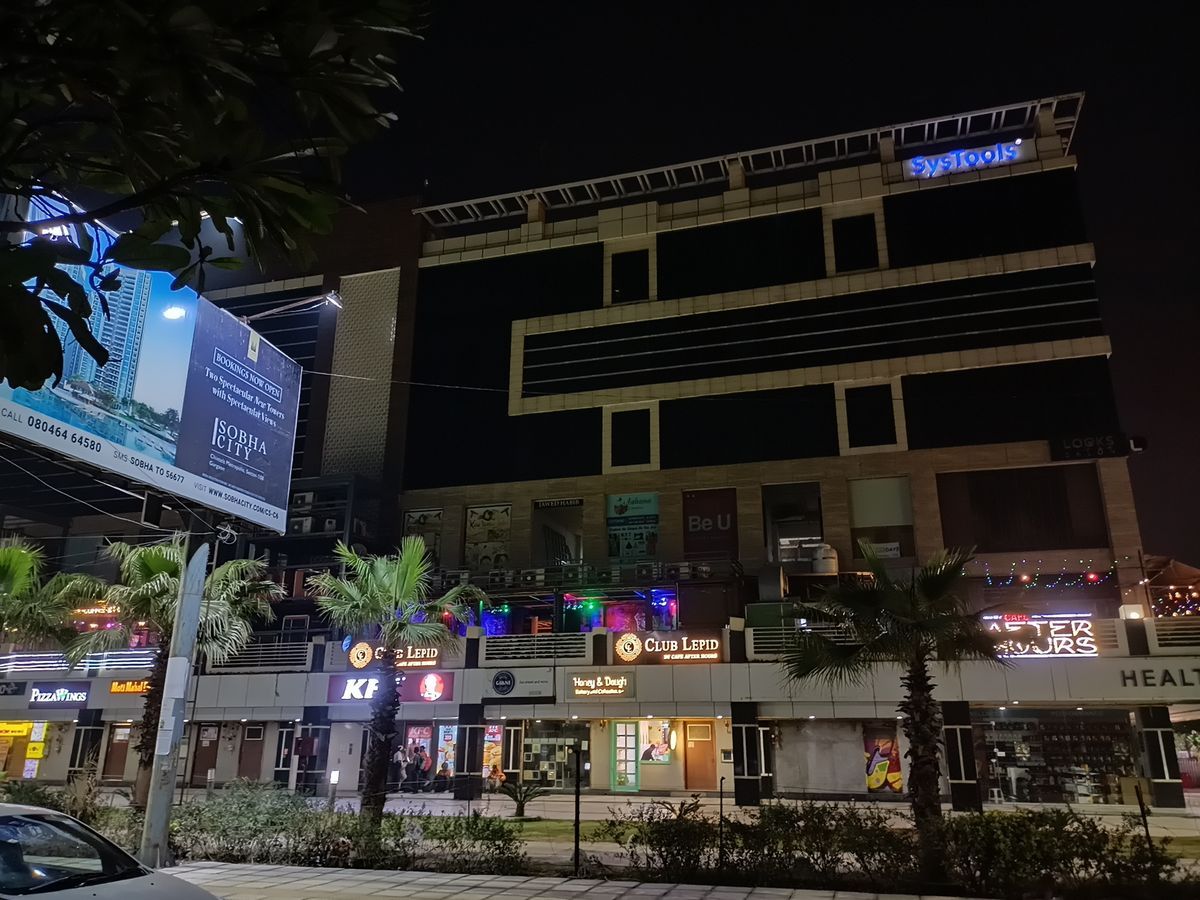 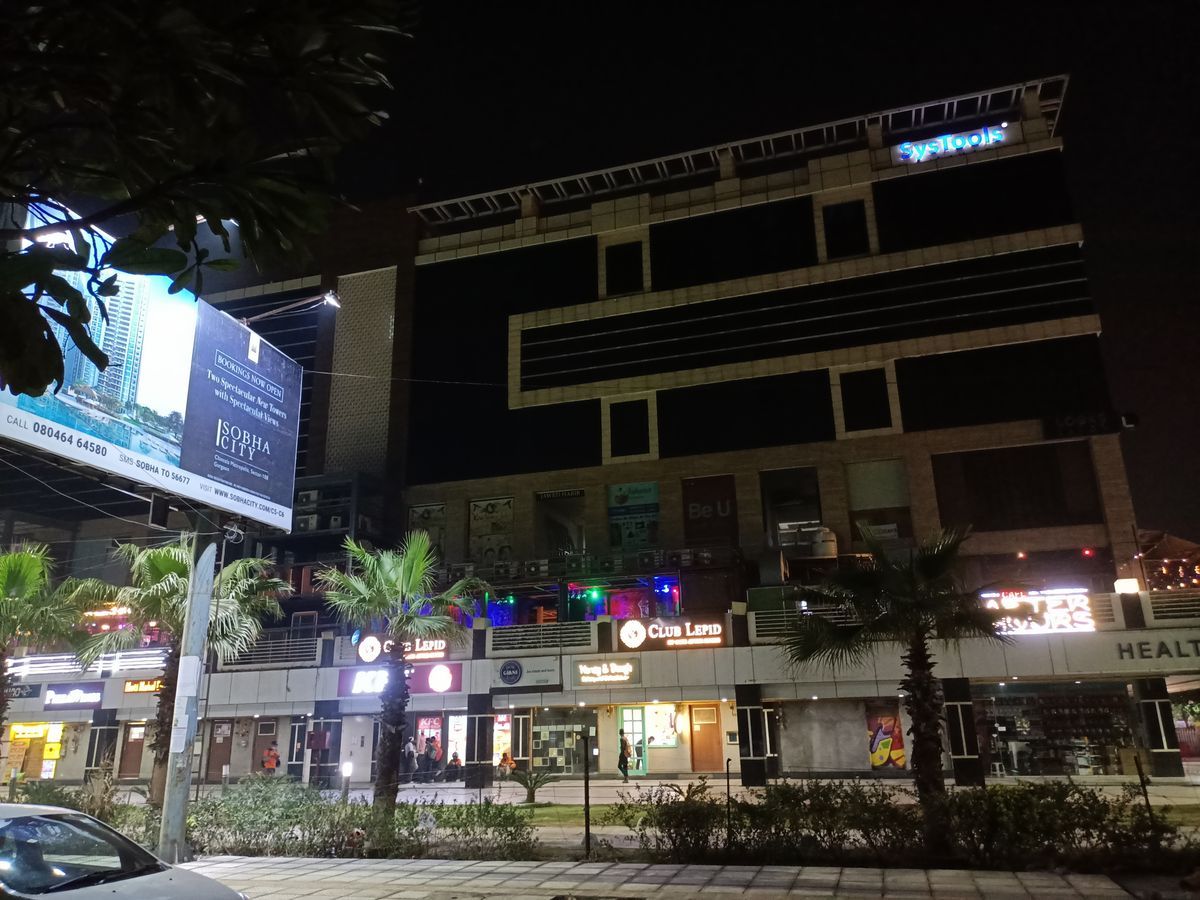 The wide-angle lens suffers from the typical “washed-out colour” issue seen on some other phones. The lens is best used in daylight but you can also try it out at night as it supports night mode. I was pleased with the macro lens as I was able to capture some good-looking close-up shots with good details. There are tons of unique camera features you can try out such as AI Color Portrait Video, Dual-View Video, Dynamic Bokeh, and night filters like Cosmopolitan, Astral, and Dazzle. Some of these features do work well if you know how to use them right. Lastly, low light photography on the OPPO F19 Pro is quite average. The night mode algorithm doesn’t do a great job at improving the brightness and clarity of a photo. OPPO has retained the MediaTek Helio P95 chipset that was used on the F17 Pro. The chipset is a year old now and it has not aged well. The chipset pales in comparison to the MediaTek Dimensity 800U and Snapdragon 732G that power the Realme Narzo 30 Pro and Redmi Note 10 Pro Max, respectively. Both Geekbench and AnTuTu scores of the OPPO F19 Pro are far lower compared to what the Realme and Redmi phones managed to score. 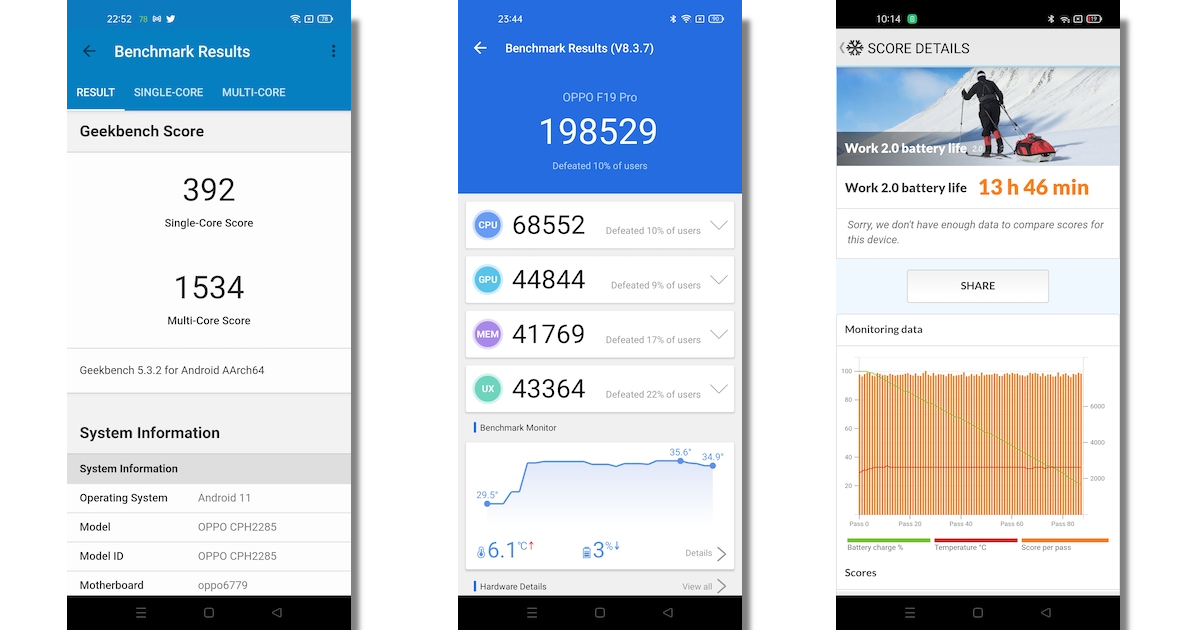 Benchmarks aside, real-world performance will not blow you away. The OPPO F19 Pro can handle basic daily usages such as messaging, surfing social media, browsing the web, and more. The phone does feel sluggish at opening apps and there are some stutters while scrolling, but I did not encounter any severe lags or crashes. The gaming experience on the OPPO F19 Pro was far less ideal. The phone heats up quite a bit after just 15 minutes of gameplay. I also noticed occasional drops in frame rate while playing Call of Duty Mobile. Overall, the OPPO F19 Pro does not win top marks in performance as there are more affordable phones that perform better. 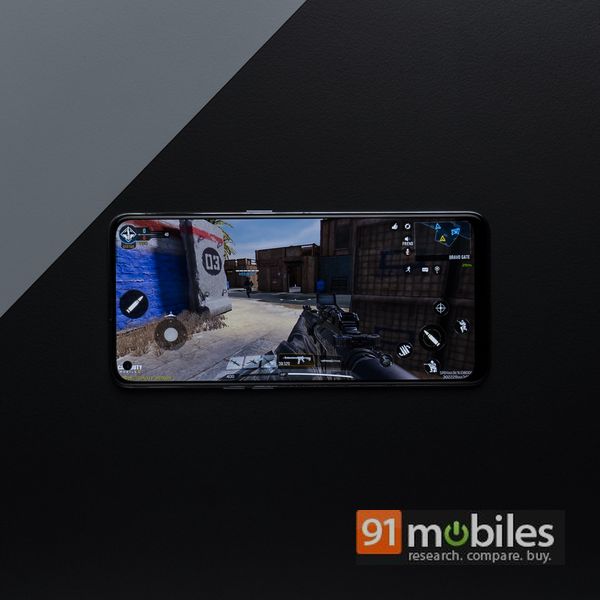 The OPPO F19 Pro ships with ColorOS 11.1 based on Android 11. The custom skin from OPPO feels quite fluid and responsive when it comes to browsing through the UI. It does come with a bunch of pre-loaded apps from OPPO and third-party publishers. You get apps like Snapchat, Soloop, Flipkart, Facebook, OPPO browser, and more. Some of these apps cannot be uninstalled. That said, I did not encounter any ads from any of the pre-loaded OPPO apps during the review period. 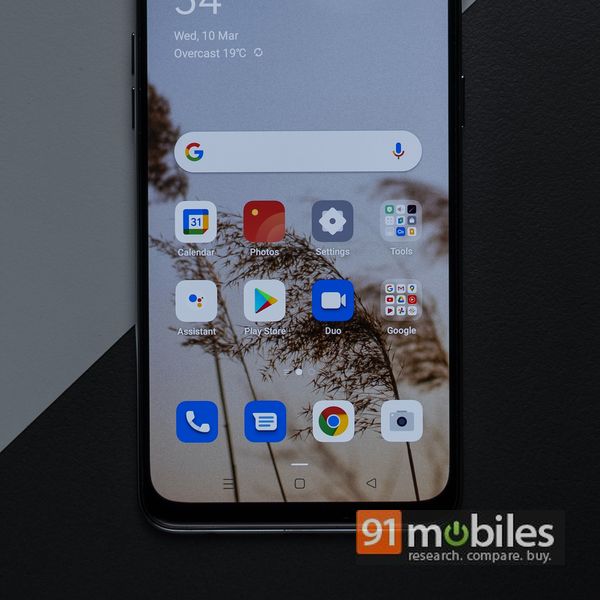 While the F17 Pro packs a 4,000mAh battery, the OPPO F19 Pro comes with a slightly bigger 4,310mAh unit. The increased battery capacity doesn’t really make a lot of difference though. The phone still delivers a full-day battery life on regular to heavy usage, which is what I got from the F17 Pro as well. In our PCMark battery test, the phone lasted 13 hours and 46 minutes, which is pretty average. You get a 30W fast charger in the box that takes roughly 65 minutes to fully charge the phone from zero to 100 percent. Again, it would have been nice to see OPPO upgrade the fast charging solution to 50W here.

The OPPO F19 Pro comes with very few upgrades over its predecessor, which means the company has played it safe with this one. For those who already own the F17 Pro, you can give this one a pass and opt for the pricier OPPO F19 Pro+ instead as it comes with 5G support. At a starting price of Rs 21,490, the OPPO F19 Pro does come with a few good features such as an attractive AMOLED screen and great build quality. However, the competition in this segment (even at a lower price segment) is fierce. You have phones like the Redmi Note 10 Pro Max (review), Realme X7 (review), OnePlus Nord (review), and more that offer better overall value for money. Some of these rivals offer better performance, displays, and even 5G support.