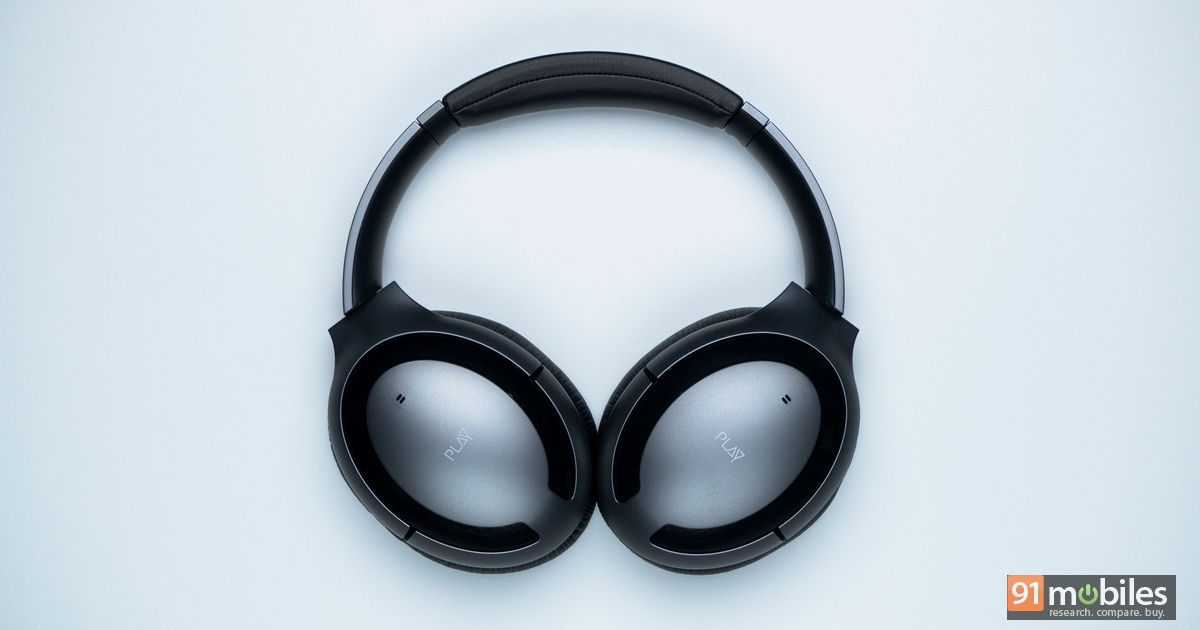 Noise-canceling audio products have become all the rage over the past couple of years. Bose and Sony are perhaps the most renowned names in the ANC (active noise cancellation) game, but that hasn’t stopped other companies from jumping into the bandwagon. One of them is a relatively newer brand called PLAY, which had two products to its name, both of them being Wireless Neckband headsets. Therefore, I was a bit skeptical about its upcoming headphones, the BH70, which have ANC capabilities and are offered at a very compelling price. 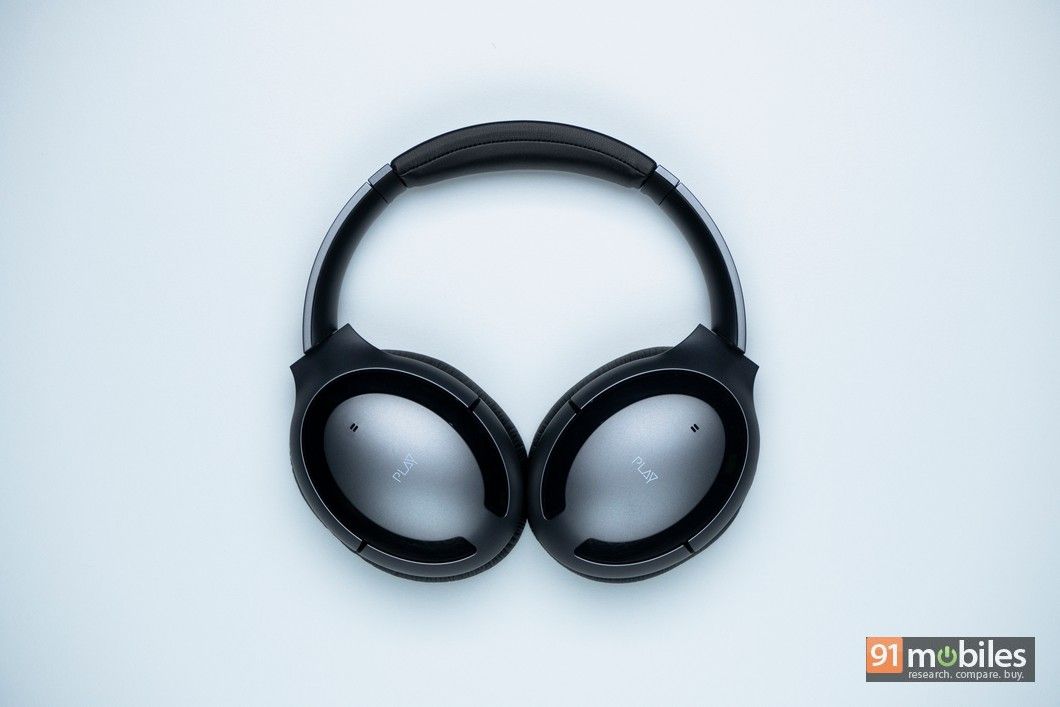 For Rs 14,999, these headphones are quite good. As far as sound quality goes, the BH70 can definitely make an audio purist’s head turn. The company uses a combination of AI and ANC to deliver a sound signature that is tuned to your ear’s hearing capabilities. The effort is courageous and to a large extent the company has pulled it off.

The BH70s are not the most premium looking headphones in the market and that’s understandable given the price point. As with many headphones, the BH70 come with a carrying case. While the cases of the Sony 1000-XM3 (review) or the Bose NC700 (review) just exude class, the BH70 case is a bit more spartan, with a single velcro band inside to hold the headphones and a small pouch for the USB-C cable. 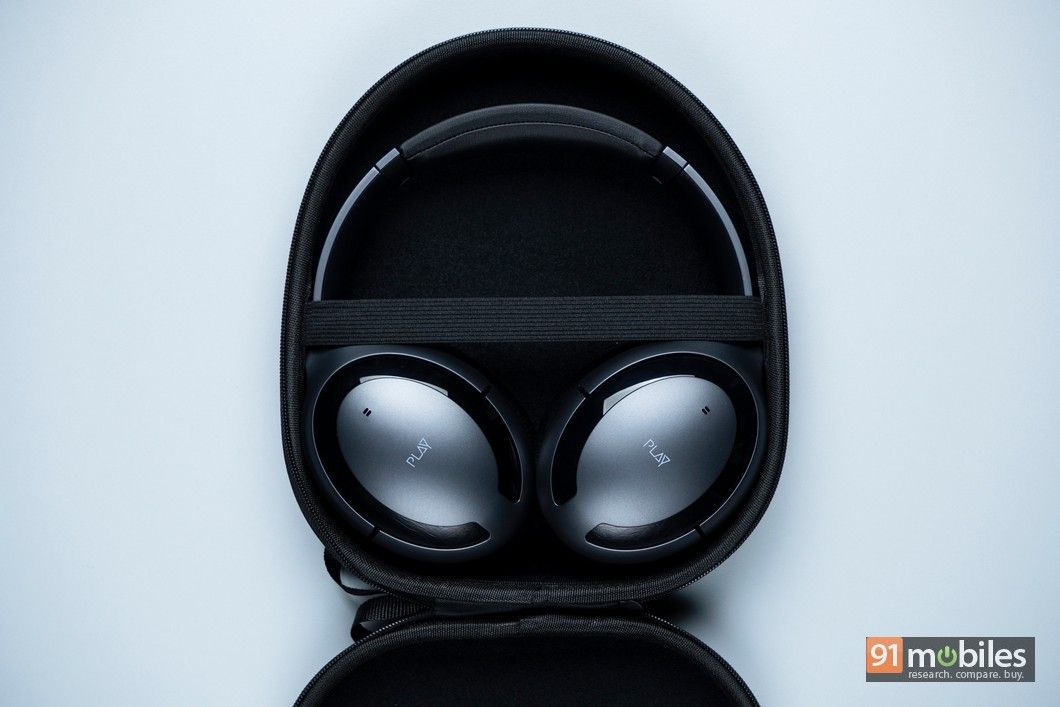 The overall build quality of the headphones is also not going to win PLAY any brownie points. The headband has a thin layer of memory foam-type material to make it easier to sit on your head. The point where the headband connects to the earcups has a slightly plasticky feel to it, which can be overlooked unless you are a real stickler for details. Apart from that, the earcups have the ability to rotate by about 90 degrees while the headband is flexible enough to adjust to any head size. However, the BH70 cannot be folded to make the headphones compact which creates a slight problem of carrying them around. The cushioning on the earcups is up to the mark with a seal created by masking the entire ear. The prolonged wearing experience of the BH70 is not cumbersome at all. As a matter of fact, I quite like the headphones doubling up as comfortable earmuffs preventing the cold Delhi air from piercing my ears. 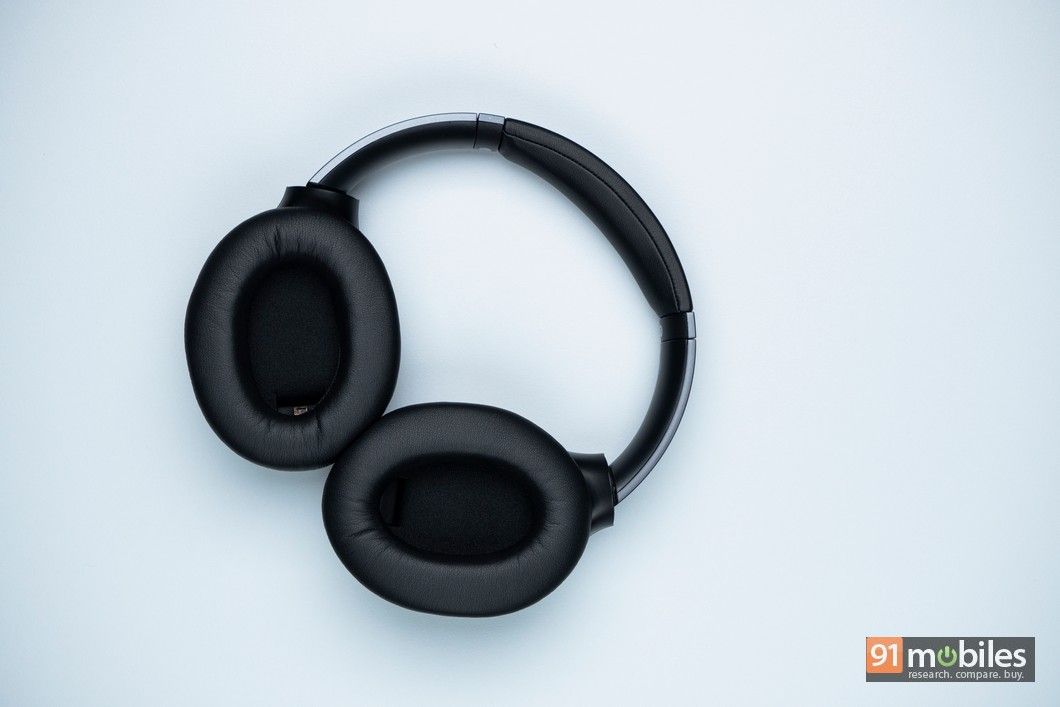 The BH70 employ a set of physical buttons for your basic tasks instead of touch controls. The right ear cup has three buttons which can be used to play/pause music, change the volume and skip to the next track or go to the previous one. Incidentally, the headphones also come with an infrared sensor which will automatically pause music when you take off the headphones and play when you put them on. Thankfully, this feature works more reliably than I had initially believed it to work and is, in my opinion, one of the most user-friendly options. On the left, you have your power button which also acts as the Bluetooth pairing button and then there is the ANC button which can juggle between three modes ie. Noise cancellation on, Transparency, and Noise cancellation off. As a side feature, you can also induce a temporary transparency mode just by cupping the left earcup, which is quite convenient in my opinion. 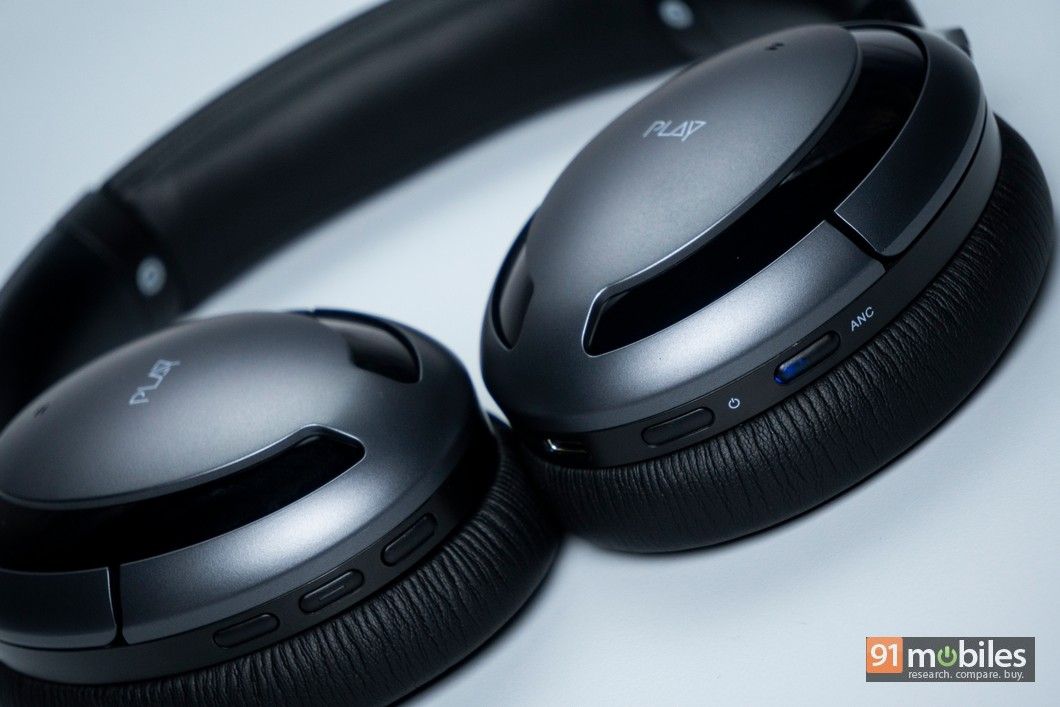 PLAY has thrown in a lot of fancy words like “active feedback noise-canceling technology”, “AI-assisted auditory graph optimization”, “BH70 Golden Hearing Curve” and more while describing. Technical jargon aside, what PLAY is basically saying that it uses its proprietary algorithms to optimise your listening experience by analysing “your unique hearing condition”. What I made it out to be was that over time the auditory qualities of the headphone will improve as the algorithms finetune it to my hearing. However, my ears could not detect any significant change in sound quality over time. The company has not specified the amount of time these headphones need to deliver optimised audio to my ears, but in my limited usage, I didn’t find it to be very effective. 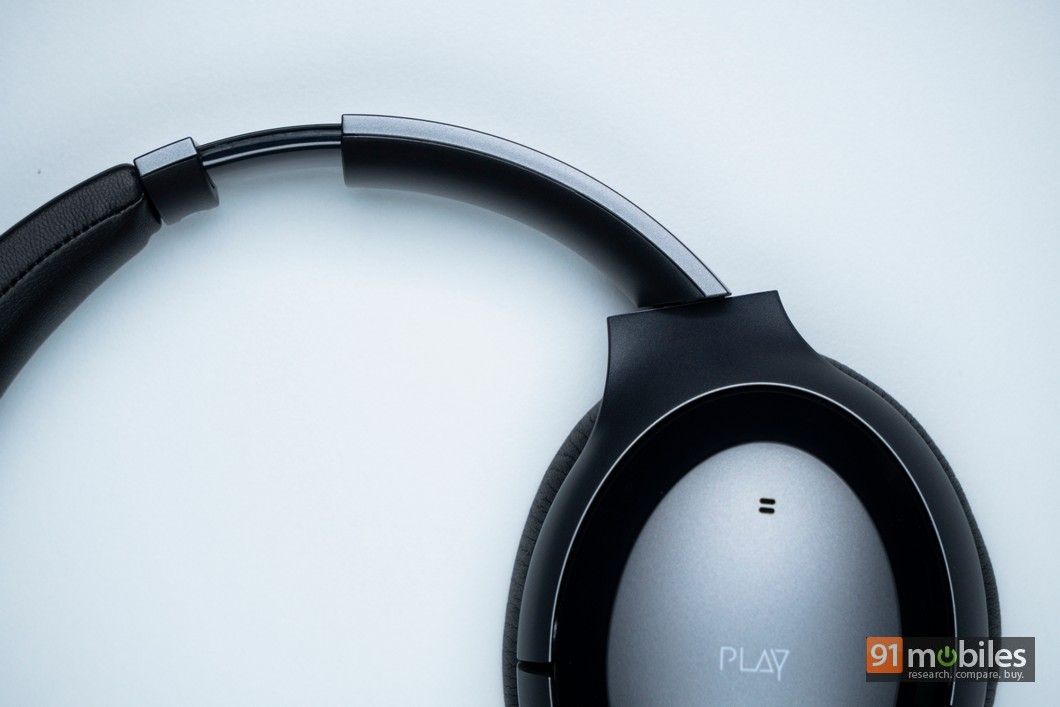 The PLAYGO app on your smartphone lets you take a test to optimise said Golden Hearing Curve by ways of a test. Basically, the app plays sounds at increasing frequencies on both ear cups and you will have to decide which ear you hear the sound in so that the headphones can create an optimised hearing curve. However, I made out no discernible difference in the sound quality after this. The app itself is quite basic and does not have the extensive controls you would see in say the Sony Headphones app. 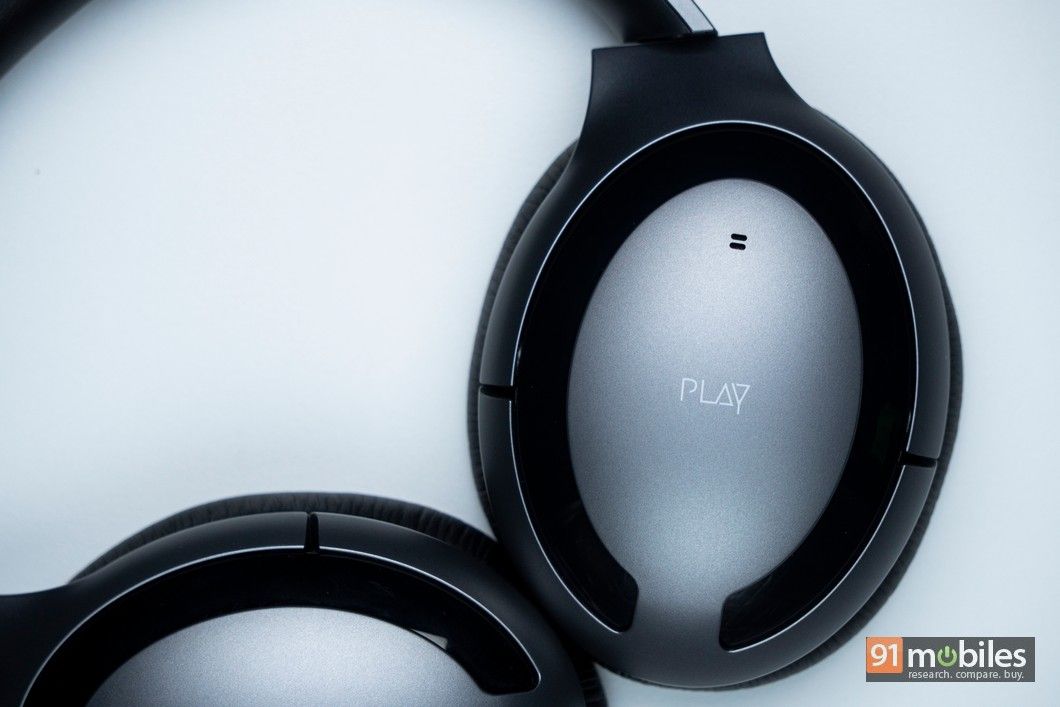 That is not to say that the headphones don’t sound good. As a matter of fact, they sound quite good and there’s no doubt that PLAY’s active noise cancellation plays a big hand in it. While it isn’t obviously at the level of the Sony 1000-XM3 or the Bose NC 700, as can be expected given the price difference, on its own the BH70 is definitely one of the best pair of entry-level ANC headphones out there. The BH70 use Bluetooth 5.0 connectivity but they don’t have a 3.5mm or 2.5mm headphone jack. Also, you can’t pair more than one device with the headphones, which is a slight bummer since I prefer using the same pair of headphones with my laptop and smartphone. As far as codecs go, the BH70 support the popular Apt-X, SBC, and AAC formats. 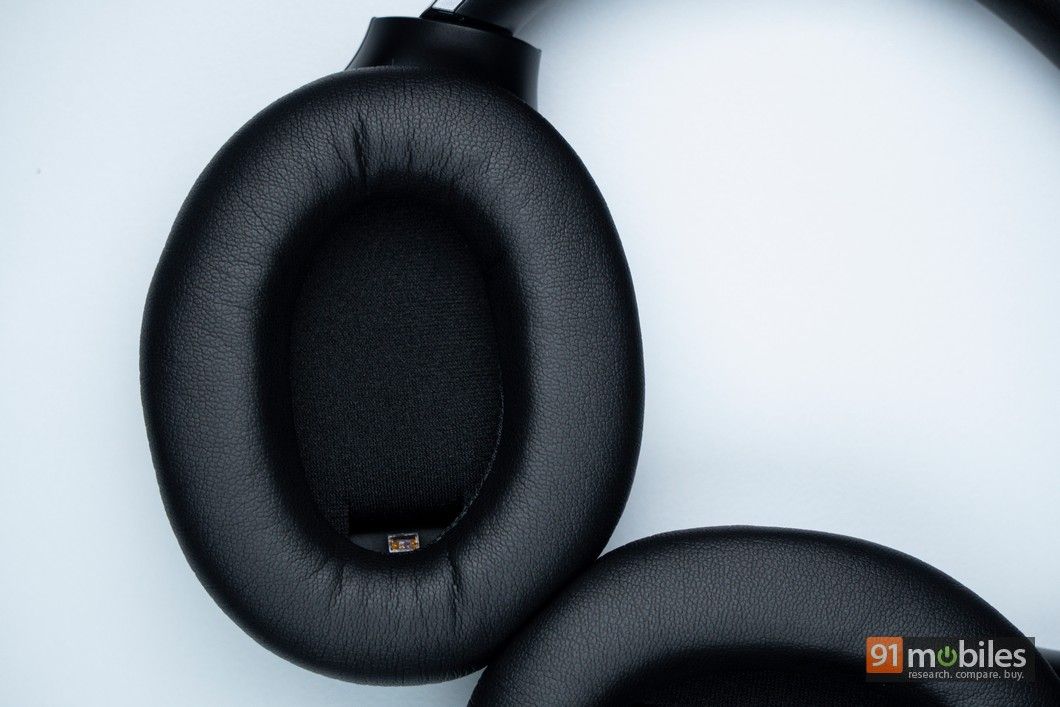 Noise cancellation is a big part of why people will be attracted to these headphones, as not many companies are offering this feature for Rs 15,000. For the most part, ANC on the BH70 is up to the mark with external noise being masked considerably by the push of a button. The transparency mode is decent enough, but I could hear the headphones amplify the pitch of ambient noise making it rather shriller than what it actually was. 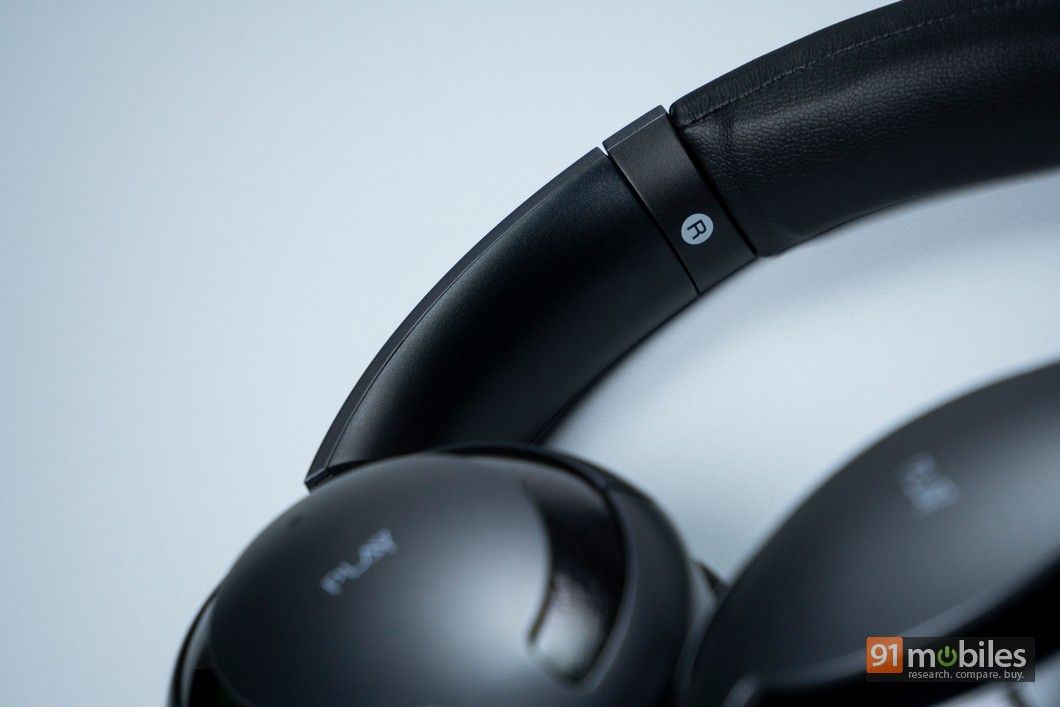 As far as sound quality is concerned, the BH70 have a pair of 40mm active drivers which tend to focus more on the mids and lows rather than highs which could be to some people’s taste. The opening of the guitar strums on James Bay’s Let It Go have a certain melancholy vibe to it which kind of soothes you into the music. The instrument separation on Led Zepplin’s Stairway to Heaven solo is quite good with my ears able to differentiate the bass guitar clearly from the electric. The headphones are bass-heavy as well which is good news for people like me who are into Hip-Hop/R&B. The PLAYGO app lets you adjust the EQ according to the genre of music you are listening to. 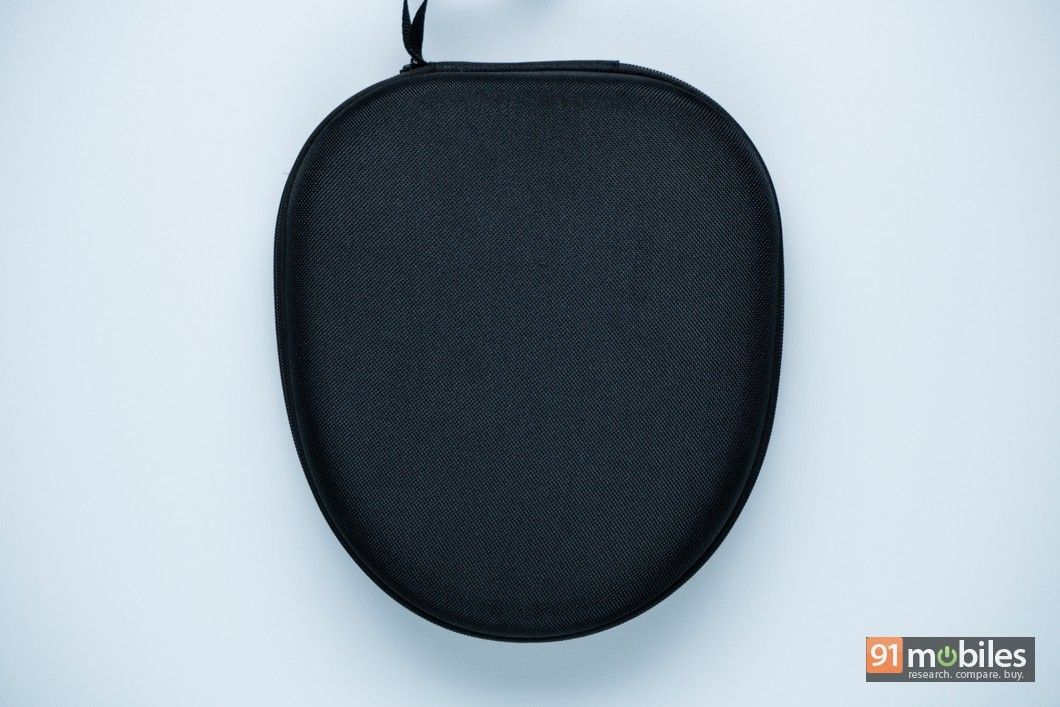 The BH70 also have a stellar battery backup with the company claiming up to 24 hours of battery backup with ANC on. In my usage of the device, I got up to 16-17 hours of playback or nearly five days of usage before I had to charge them. PLAY has thankfully provided a Type-C port for charging. 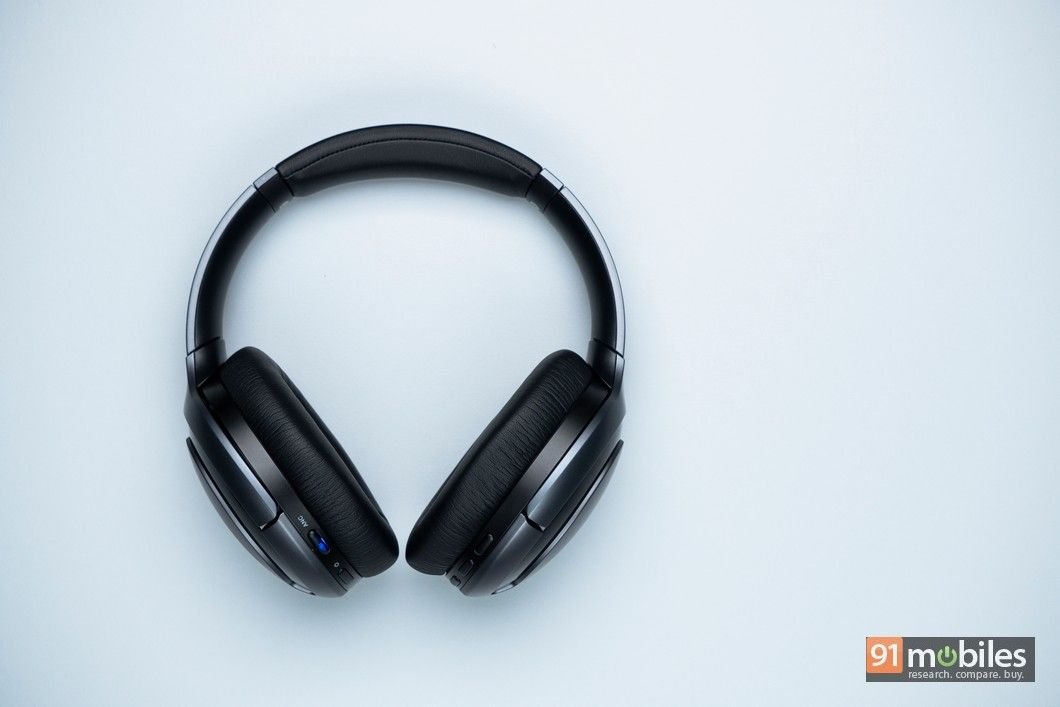 Priced at Rs 14,999, the PLAYGO BH70 gets several things right, such as good ANC, decent sound quality and comfort. The build of the headphones isn’t too shabby but it certainly not going to win any brownie points. The stellar battery life on the headphones is also a compelling factor for buying them. I wouldn’t however, not buy into the AI optimisation and Golden Hearing Curve recognition on the headphones although it could be possible that it may work for someone else. The PLAYGO may have cut a few corners here and there, but seem to have delivered on the promise of a value-for-money audio experience. However, other options to consider for entry-level ANC headphones are the Sennheiser – HD 4.50 BTNC which cost Rs 14,990.

The PLAYGO T44 Ultralight Wireless Earbuds are well worth their price. Here’s why