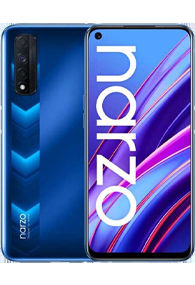 Realme’s Narzo series has been a strong contender in the budget smartphone space for a while now. However, the lines between regular Realme phones and the Narzo devices have become quite blurry, with both series’ borrowing specs from each other. Narzo phones are not known for their unique design, but they do bring decent processing capabilities in their respective price segments. I had reviewed the Narzo 30A (review) and 30 Pro 5G (review) not too long ago, and now the regular Narzo 30 has just been unveiled in the country, alongside a 5G version. An initial glance at the specs sheet of the Narzo 30 confirms my belief that this device will be following in the same footsteps as its siblings. Let’s have a closer look at the 4G version of the Narzo 30 in this detailed review. 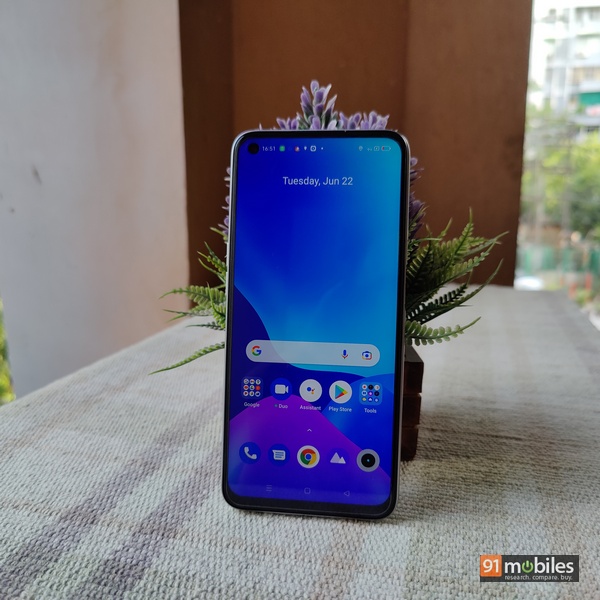 The Realme Narzo 30 is a device that will appeal to budget users with a focus on performance and gaming. The display’s 90Hz panel is quite good as is the software experience, and the battery will last you for quite a while. The design and average low-light camera capabilities do leave something to be desired though. 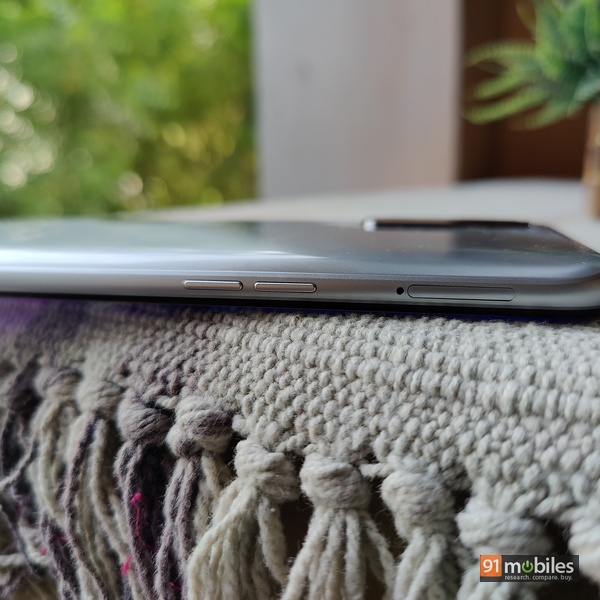 Like its siblings, the Narzo 30 doesn’t sport an instantly distinguishing visual element in terms of its design. The construction is polycarbonate with a matte-like appearance to it, the material feels glossy to the touch. A thin strip on the left stretches all the way down, providing an illusion of arrows zooming in the same direction when light falls on it. There really isn’t anything special about the Narzo 30’s appearance that isn’t already present in many other budget devices. However, the smartphone is quite light in the hand, especially considering the 5,000mAh battery housed inside. The phone is also relatively thin at 8.4mm. The fingerprint sensor’s integration with the power button is present as usual on the side along with a tactile volume rocker. Overall it’s not hard to see that Realme has not invested a lot to make the phone aesthetically more pleasing which I feel is in stark contrast to the Realme 8 series. The viewing experience on the Narzo 30 is pretty good. There is the inclusion of a 90Hz panel which allows for smoother scrolling while the resolution is also kept at FHD+. A punch hole has been placed on the top-right of the panel with noticeable bezels surrounding the screen. The display is IPS LCD which is standard for Narzo phones, but the viewing angles are not that bad. The display can be customised in terms of the colour temperature, OSIE toggle, refresh rate, and eye-comfort toggle. Lastly, the brightness levels are quite ample for outdoor consumption but the sensor for adjusting it automatically doesn’t work very well. WideVine L1 certification allows HD streaming on Netflix and Amazon Prime. If you like to spend a lot of time watching video content on the go, the Narzo 30 has you covered. 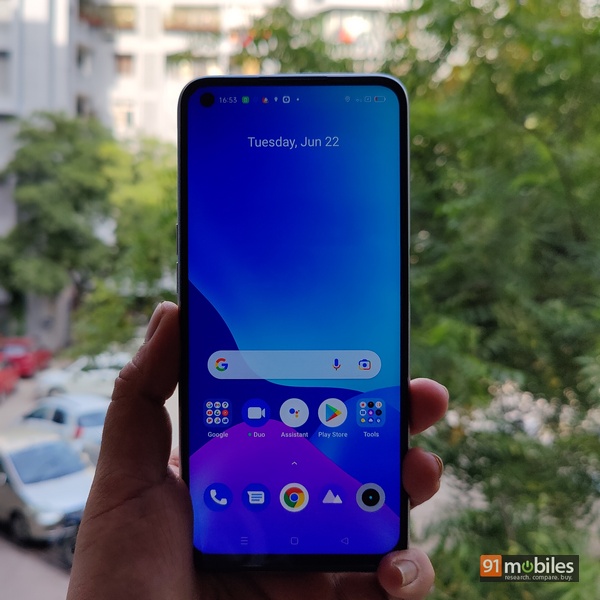 On the optics front, the Realme Narzo 30 has a 48MP snapper which is supported by a 2MP macro lens and a 2MP depth camera. Here is a gist of what you can expect shooting in daylight and low-light conditions with the Narzo 30. 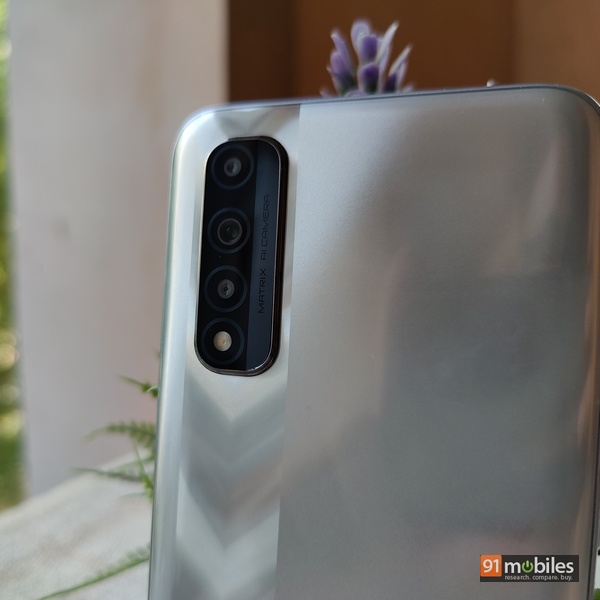 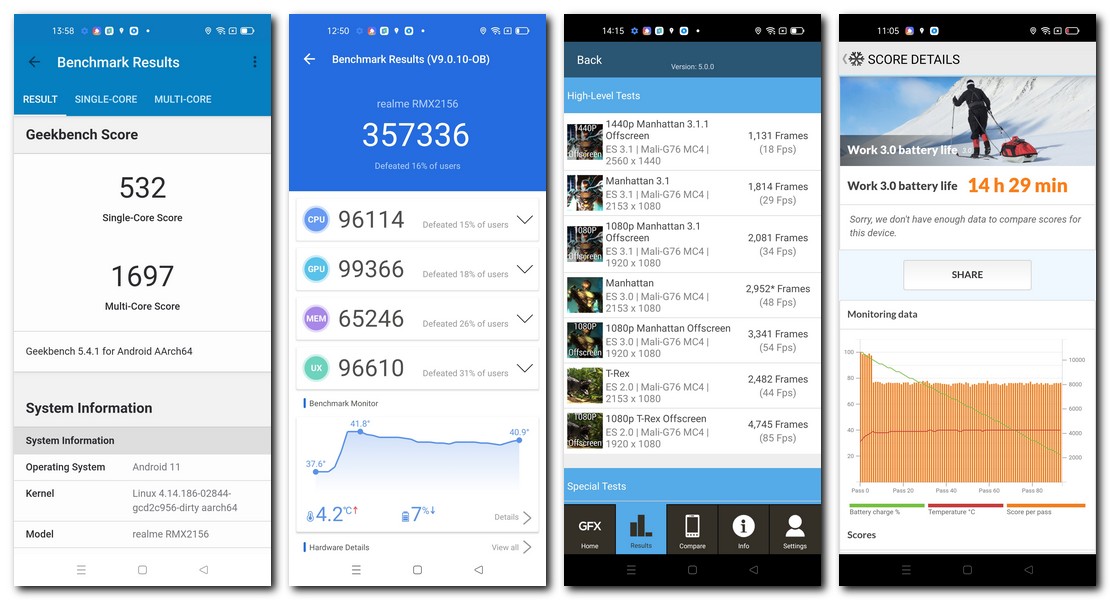 Powering the device is the MediaTek Helio G95 chipset which has been present on a number of devices as of late, such as the Realme Narzo 20 Pro and the Realme 7. The 12nm fabrication on the chipset has been fine-tuned to perform better graphically than other competing products. I did run a few synthetic benchmarks on the device to gauge its processing capabilities. On Antutu the device has scored a very healthy 357,336 overall score and likewise, on Geekbench the device outputted a single-core score of 532 along with a multi-core score of 1,697. 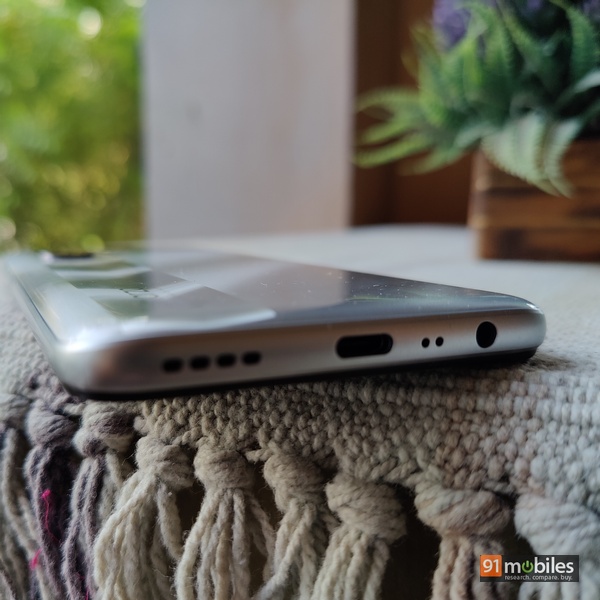 From these benchmarks, it was clear to me that the general user experience was going to be lag-free and instantaneous. The Narzo 30 performs all the usual tasks quite smoothly, whether it invol opening dozens of Chrome tabs or surfing through multiple social media apps. The Narzo 30 ran Battlegrounds Mobile India at Balanced Graphics Quality and Ultra Frame Rate settings which delivered a healthy 45fps. Together with up to 6GB RAM of DDR4x RAM and 128GB of UFS 2.1 storage, the Narzo 30 is a respectable package for the budget gamer. 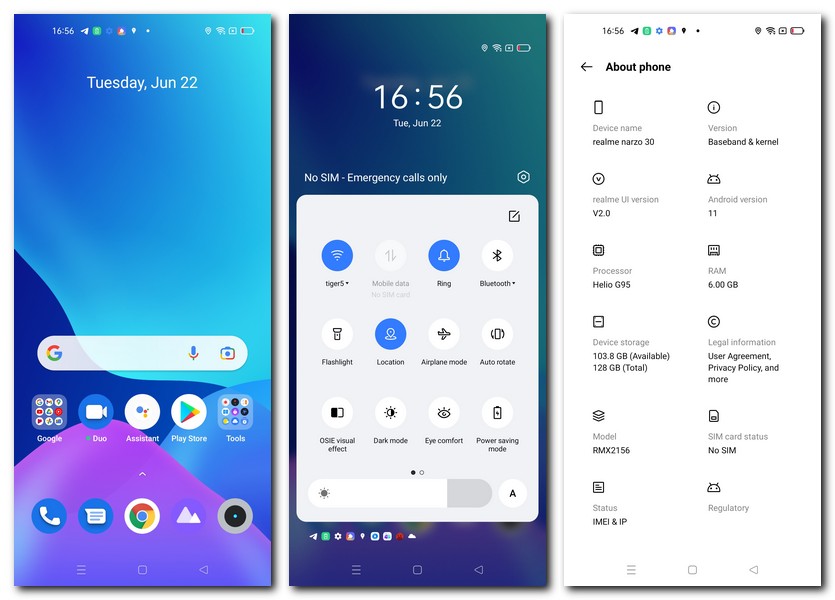 The rest of the phone usage is also smooth, with the face unlock and fingerprint authentication both working in a jiffy. The speaker and microphone on the device also offer decent quality and I faced no call drop issues while testing the phone on Jio’s Noida network. As mentioned earlier, you also have the option of getting the 5G version of the device as well. On the software front, the RealmUI 2.0 skin based on Android 11 is one of the most user-friendly interfaces in the Android world. Customisability aside, the remarkably clean aesthetic and toning down of bloatware has made it quite easy to navigate and use. I really have few complaints from the software on the Realme Narzo 30 and you can expect the Android 12 update to drop on the device soon too. 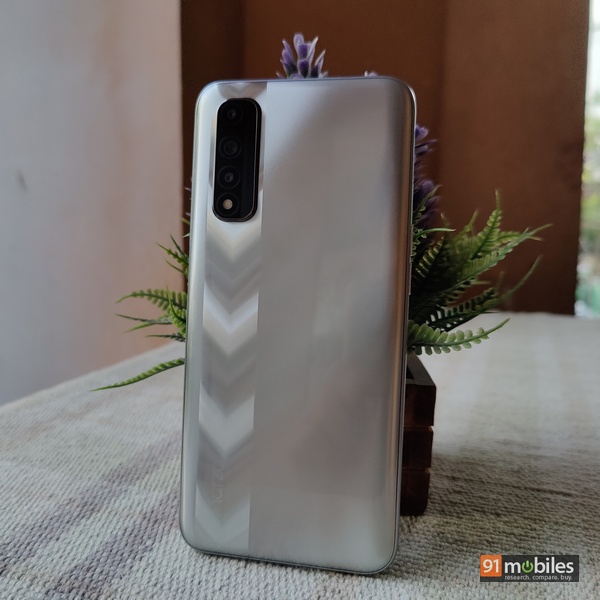 Coming to the battery, the Narzo 30 features a 5,000mAh pack that has support for 30W charging. Like many other phones in its category, the phone powers through a single day of usage without any problem. However, the device has been made with gaming in mind, and in that regard, I got about three hours of Battlegrounds before the phone called it a day. Charging up the phone took about 100 minutes which is reasonably good. You also have the option of using Super Power Saving modes that can prolong the battery life by 13-14 hours, albeit with very restricted usage. 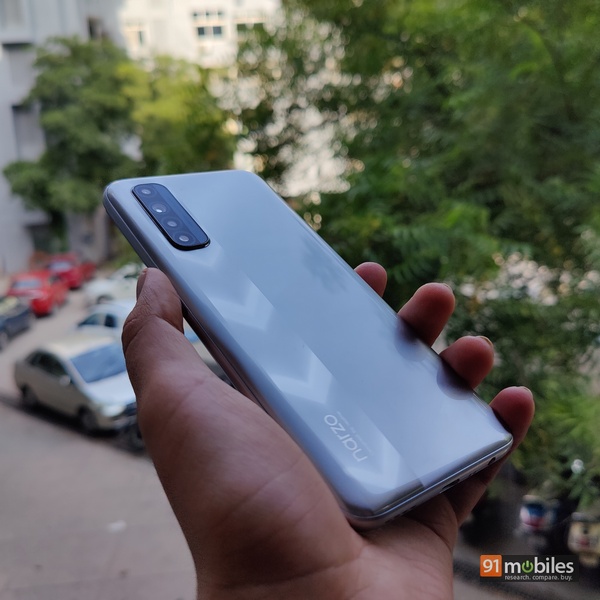 So for a price of 12,499, the Narzo 30 does seem like a very interesting proposition at least from the perspective of performance-based usage. The MediaTek G95 opens up avenues for budget users to respectably enjoy GPU-intrinsic games. There are some compromises related to the phone’s design and low-light camera capabilities. The lack of an ultra-wide shooter really does put a dent in things. The software experience and the adequate battery provided should make up for this deficit. I guess one of the main questions is whether you should consider the 5G variant of the device which costs Rs 15,999. While testing for 5G is underway by both Airtel and Jio, making the technology easily accessible will require a bit more time. Till then the 4G capabilities on the Narzo 30 should suffice for any network requirements.

Realme Narzo 30 first sale today: price in India, specifications, and where to buy