Almost Nine years after the release of Saints Row 4 comes a reboot developed by Deep Silver Volition and Fishlabs set in the fictional world of Santo Ileso. Saints Row (2022), much like previous games in the series, takes influence from crime-focused franchises like the Grand Theft Auto series and adds its flavour of fun and silly tone. However, this time around, Saints Row (2022) feels a bit more toned down, albeit still incorporating fun in almost every aspect of its gameplay. Saints Row might just be the perfect contender for players looking to scratch the GTA 6 itch, but it doesn’t exactly fill the void. Having said that, fans waiting for a new Saints Row have a lot to look forward to. The game doesn’t try to reinvent the wheel but builds upon almost every mechanic from its previous titles and even GTA Online. 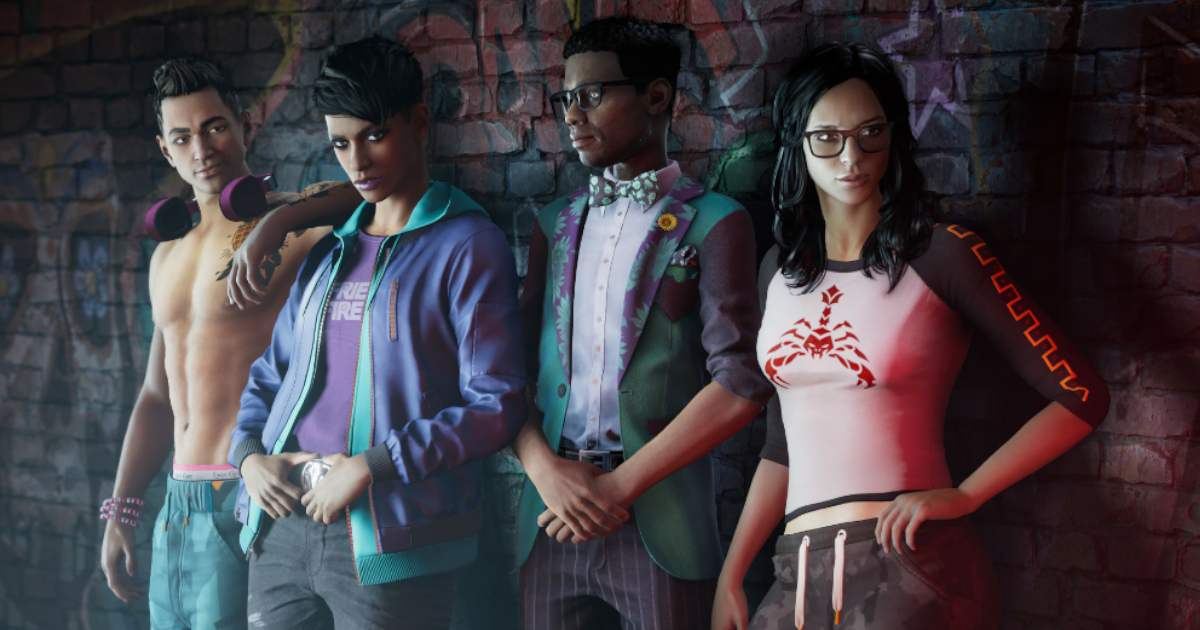 The 2022 version of Saints Row is unlike their previous games, as your character does not start as the leader of the Saints gang. Instead, your character will begin the story as a security worker for the private security group Marshall Defense Industries, trying to earn money and make ends meet. At some point, The Boss (your character) gets fired from the security job due to an unforeseen entanglement with two other gangs of Santo Ileso. That’s when your character decides to venture independently and form their own gang, “The Saints.” Your goal? Build a criminal empire and become the number one gang of Santo Ileso’s underworld.

Along your journey of becoming the number one gang of Santo Ileso, you will have three friends that provide their expertise in various criminal fields. Neenah is an expert driver who will help you during missions; Kevin, a former DJ who plans Heists to earn extra money and Eli, the brains of the operation. Each character is quirky in their own way and pays homage to Saints Row‘s silly side of storytelling. 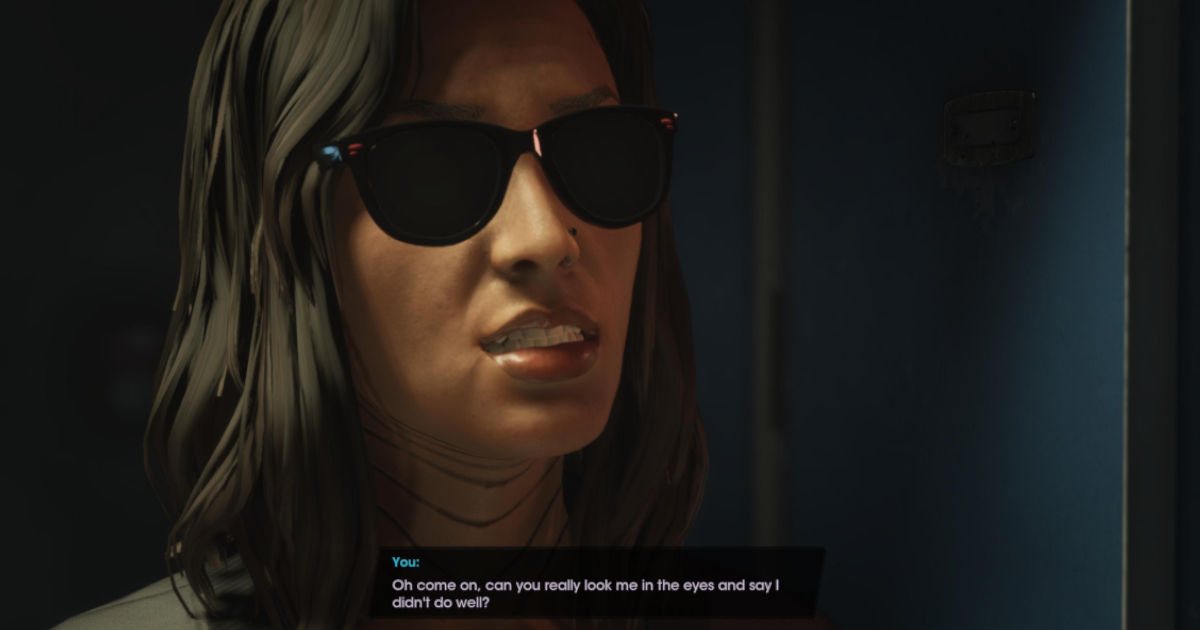 Speaking of storytelling, Saints Row is held back by inconsistent voice acting and its constant effort of “trying to be funny.” Due to its grounded approach, much of the dialogue in main story missions feels cringy and sometimes annoying. That’s because many of the serious missions, no matter how whacky, don’t have an impact on the player. At some point, the game’s constant effort of trying to be funny gets old fast and overbearing. I would have preferred Saints Row‘s tone to be fully over-the-top like previous titles in the series, but this grounded approach makes every cutscene feel out of place.

The game does grow on you once you get access to the full open-world and start doing side activities. However, the other saving grace that makes Saints Row absolutely enjoyable is its slick gameplay, driving mechanics and the fact that you can customise almost everything. 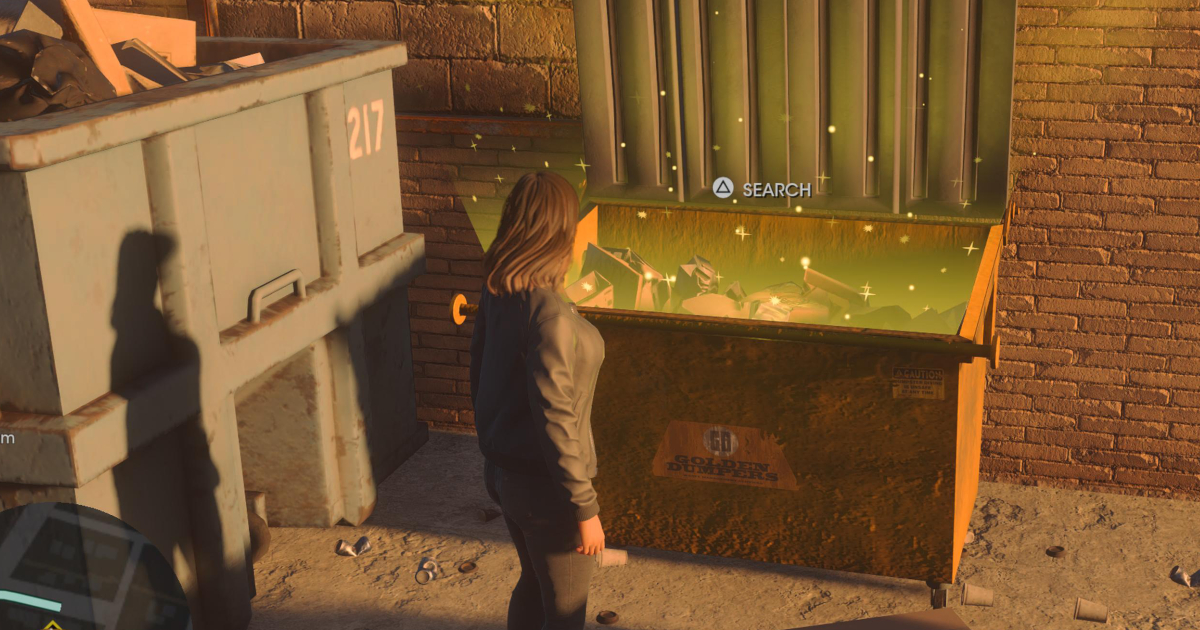 What adds to Saints Row‘s world is the number of side activities players can spend time on. In my opinion, Saints Row‘s strong suit is its side activities, such as setting up side businesses, stealing cars for your chop shop, investigating trash containers or hurling heavy cars while flying a helicopter. You can even commit insurance fraud by damaging your own property with explosives and RPGs. There are several things you can do in Saints Row’s sandbox, which makes it one of the best crime-focused open-world I have experienced in recent times.

Other mechanics add to the immersion, such as how NPCs behave around you. Most of the open-world feels alive, and there’s always something going on, which makes Santo Ileso feel like a lived-in city. In one instance, I saw a building on fire during a mission, while in another, I saw a fight break out outside a local bar. Also, if you hijack a car or attack an enemy, NPCs around you react in shock or fear, which was missing in other titles like Cyberpunk 2077. Overall, Deep Silver Volition and Fishlabs have created a world in which I can see players spend a lot of time.

Saints Row (2022): Gameplay and Other Features

Saints Row‘s crisp gameplay mechanics and systems make the game a very enjoyable experience. From snappy gunplay to consistent driving mechanics, Saints Row comes to life when you start doing the various activities in the open world. But apart from the basic mechanics, Saints Row also offers an array of skills and abilities players can use for their character.

Unlike Saints Row 4, the reboot also features grounded abilities and skills that seem more realistic than the superpowers. My favourite is “The Pineapple Express,” where you can strap a grenade on an enemy and toss them toward other foes. The explosion essentially takes out multiple enemies and vehicles if used correctly. If you like to be more tactful, you can use a temporary health boost and another skill, such as throwing a proximity mine, to prevent enemies from rushing toward you. 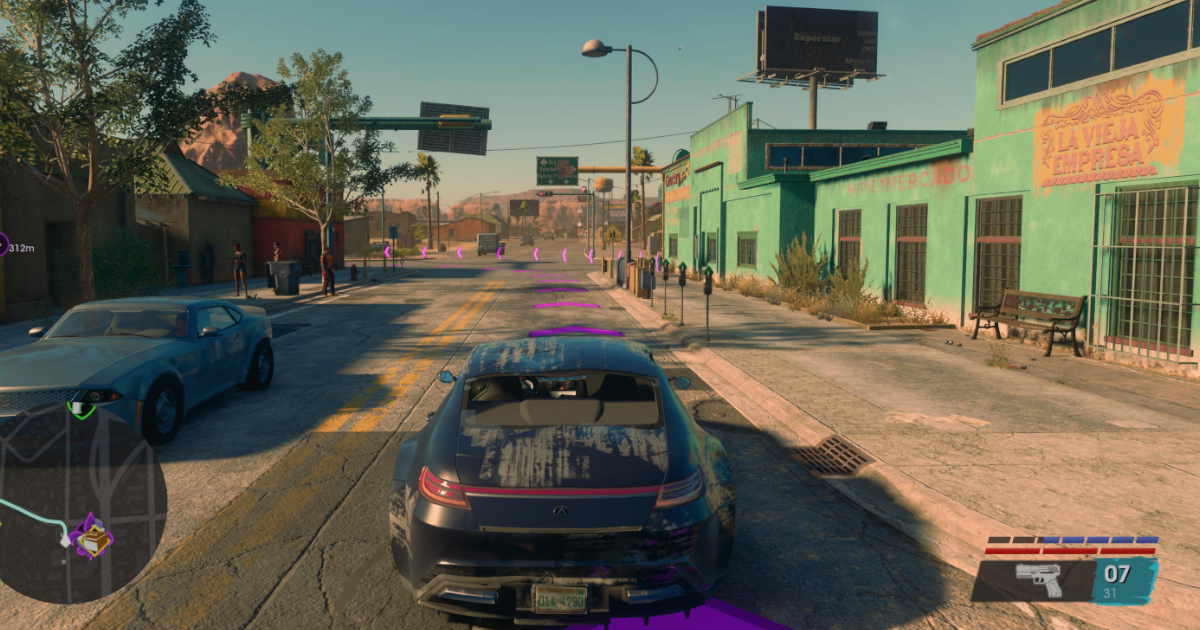 I also prefer the driving mechanics in Saints Row over the dated GTA 5, as you get much more control of your vehicle. You get the ability to drift your car in hard corners or ride on top of the roof of your vehicle to shoot enemies that chase you. If you’re driving, you can also sideswipe other cars, similar to how one would in Burnout Paradise. If you get bored of driving around, you glide over the city of Santo Ileso using a wing suit. Then, players can head to a weather tower conveniently located in each of the nine districts and fly to their next objective. What’s neat is that just like your character, you have the ability to upgrade your vehicles and even have signature abilities. These abilities can range from getting an infinite boost, having the ability to control the car while in the air or simply installing an ejector seat.

My favourite ability is using the ejector seat, as I could simply get out of a car and use the wing suit to take out enemies or get to a hard-to-reach location. There’s a lot of content to explore here, as there are over 80 types of vehicles, including bikes, boats, monster trucks, lorries and many more. Each type of vehicle can be upgraded using Road Kits, and each can be outfitted with different abilities. 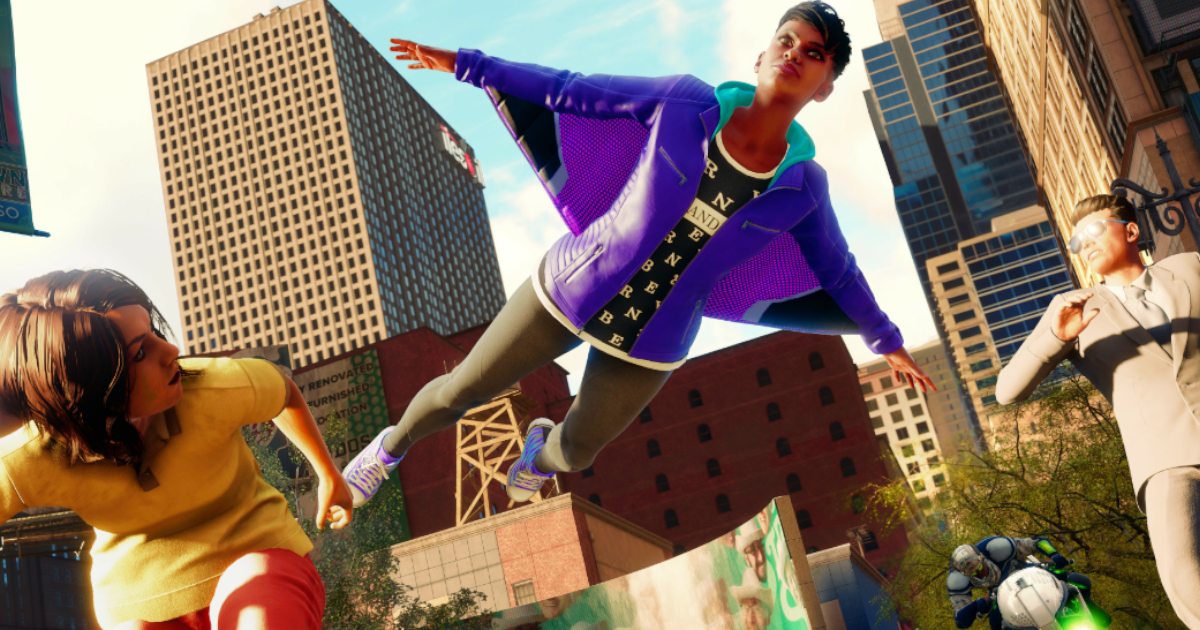 Saints Row also lets players progress the main story and side activities with friends. Saints Row‘s co-op features allow friends to drop in/drop out from a session at any time and provide cross-progression for both players. Everything players do together is automatically carried over to each player’s local save file. This includes collectibles, customisations and anything new they purchase while playing cooperative mode. In my opinion, Saints Row is meant to be played with friends, as that is when I had the most fun while completing missions or just roaming the streets of Santo Ileso.

We reviewed Saints Row on the PlayStation 5, and in terms of performance, it passes with flying colours. The game runs at a smooth 60 FPS at 1440p resolution, which was quite surprising as many games do not offer that mode. There were some noticeable dips in frame rates when there were a lot of explosions or too many entities on screen, but these dips weren’t drastic enough to hamper gameplay. 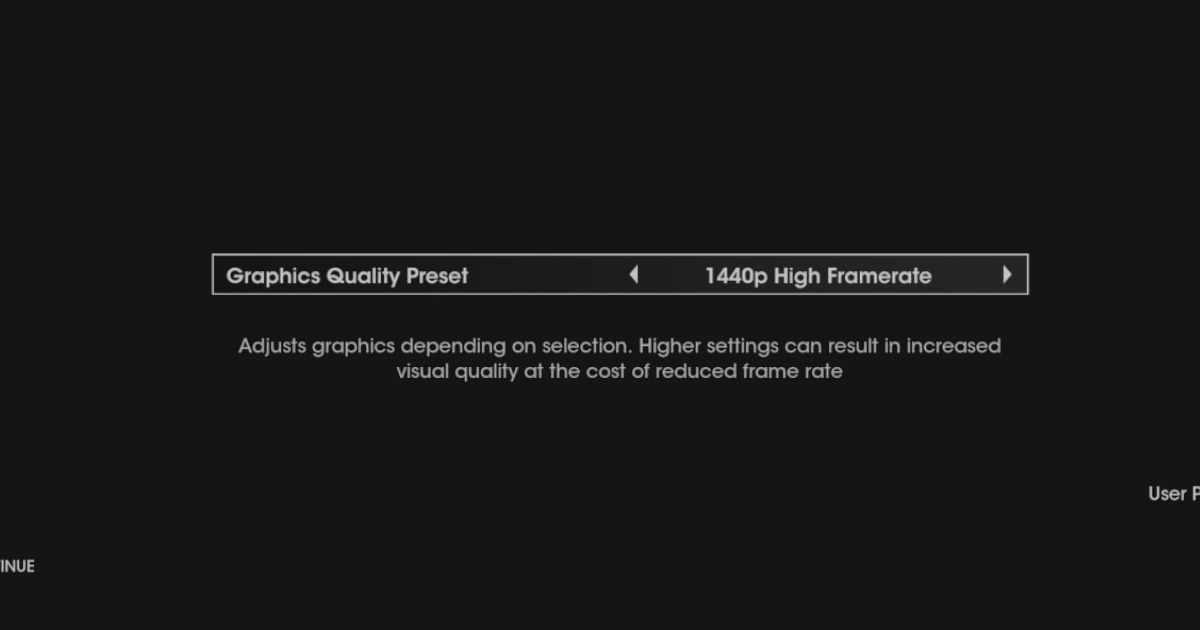 In terms of visuals, Saints Row delivers a very inconsistent experience that can be off-putting for some players. For example, Santo Ileso looks incredibly beautiful, and the open-world seems like it was crafted painstakingly. However, when it comes to the cutscenes, the character models look straight out of a Ubisoft game, where facial features look somewhat nonexistent and stand out enough that it becomes the only focus. Consequentially, lip-sync animations look incredibly awkward, which eventually becomes distracting to disconnect you from the story.

Other complaints include audio issues related to voiceovers and how some cars sound. For example, muscle cars and other powerful vehicles sometimes sound underwhelming or have sound effects missing entirely. This audio glitch would essentially break immersion when driving to a destination. Similarly, voiceovers still sound as if they were coming from a recording booth and have not been mixed well with ambient sound. 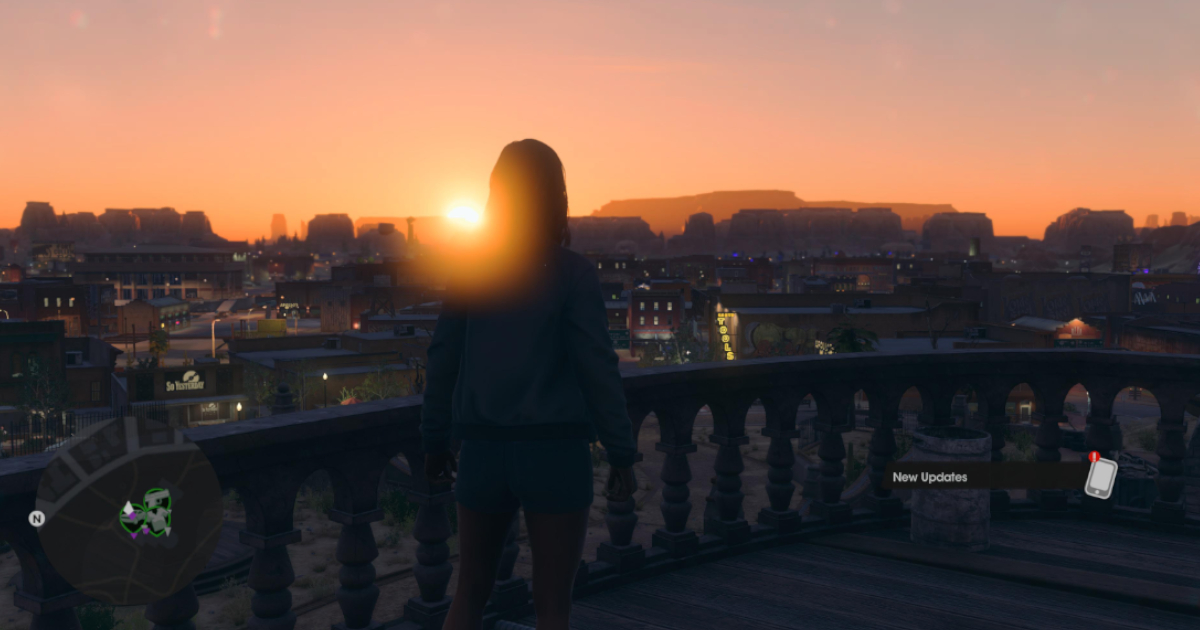 Finally, there weren’t many bugs apart from one I encountered regularly. The Wanted app on the smartphone would often glitch or be completely blank. This glitch can only be fixed if players reload a recent save file or restart the game. This isn’t a game-breaking glitch by any stretch, but it might be patched in a future update. 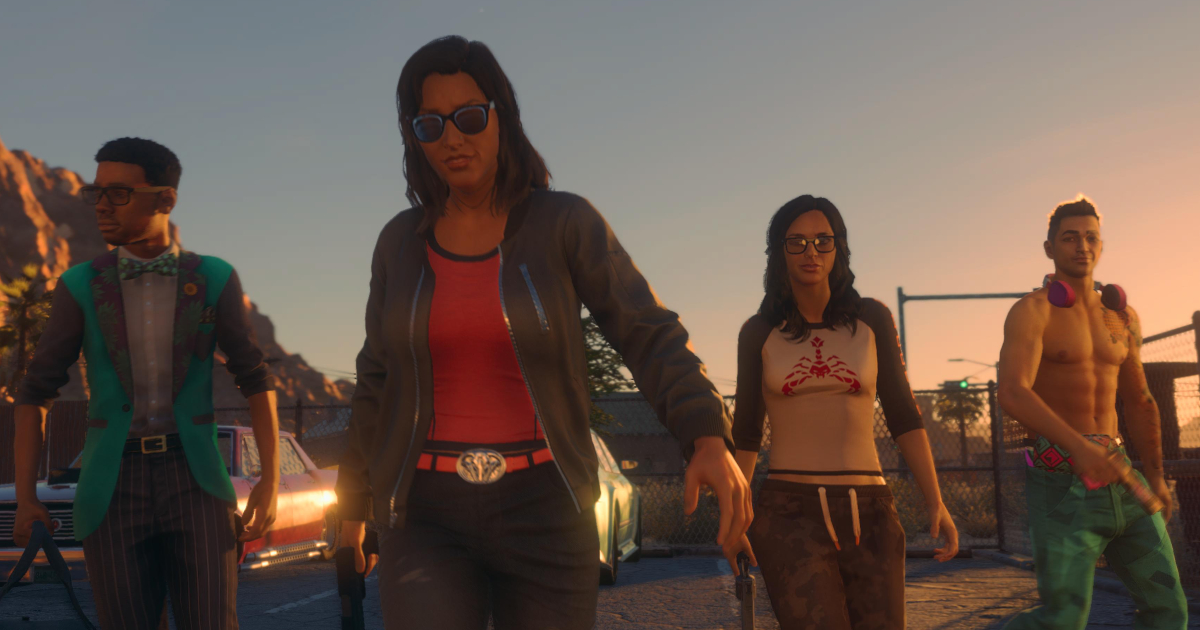 Saints Row (2022) is a fun sandbox meant for players who have been wanting to play a game like GTA. With crisp gameplay mechanics, improved systems, and many customisable options, Saints Row may just be one of the best open-worlds created in the crime genre. Unfortunately, the game is often marred by mediocre voice acting and its constant effort to be funny. These issues compound further when we consider unpolished Ubisoft-like character models that look dated and jarring. Having said that, there’s a lot of fun to be had in Santo Ileso with friends and many side activities to fool around with.