Samsung is best known for its high-end QLED TVs, flagship Galaxy Android phones, and appliances, but the company’s audio portfolio is beginning to attract a lot of eyeballs too. In fact, recently, the brand announced yet another TWS headset in the form of the Galaxy Buds 2 which replaces the Galaxy Buds and Buds+ as the company’s wire-free offering. Now, as is the case with most Samsung earphones, the Galaxy Buds 2 sounds fantastic too. But, unlike yesteryears, the Korean giant’s offering faces stiff competition from a myriad of other tech firms, including OnePlus’ Buds Pro (review) and OPPO’s Enco X (review) TWS headset. So, are Samsung’s newest the right choice for you? Let’s find out in this review.

The Galaxy Buds 2 takes a page from the Galaxy Buds Pro in the design department. In fact, both the earphones ship with a similar-looking square-ish case that measures 27.8 x 50.0 x 50.2mm. That said, while the Buds Pro’s case employs fancy, shimmery hues, the Galaxy Buds 2’s casing settles for a more functional, dual-tone paint job. So, while the outside of the case is enveloped in white, the inside matches the colour of the earphones you’ve chosen for yourself (Graphite, in my case). 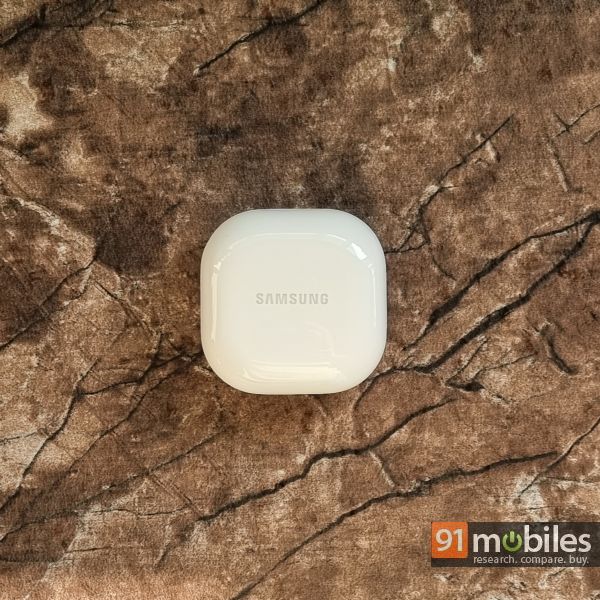 With that said, Samsung has completely revamped the shape of the earphones and the Buds2 offers a much more snug in-ear fit as opposed to what you’d get with the Galaxy Buds Pro. The earpieces weigh in at just 5g (each) as well, ensuring you can listen to music for hours on end without feeling any discomfort set in. Moreover, unlike the Galaxy Buds Pro, the Buds2 don’t protrude outwards either – at least not to the same degree. So, you need not worry about the earpieces sticking out of your ears and looking silly. Unfortunately, the earphones’ IPX2 rating does feel a bit limiting, especially when you factor in the competition’s more resilient dust and waterproofing certifications. Moreover, the earphones also miss out on wear detection, so your music will not pause automatically should you take one earpiece out. On the bright side, the Buds2 offers touch controls and you can tap on the left or the right earpiece to perform a myriad of tasks, including changing the volume, skipping to the next or the previous track, answering phone calls, and so on. I should add that the touch surface is quite accommodating and you won’t have to align your fingers to a small, designated area of sorts for the commands to work either. 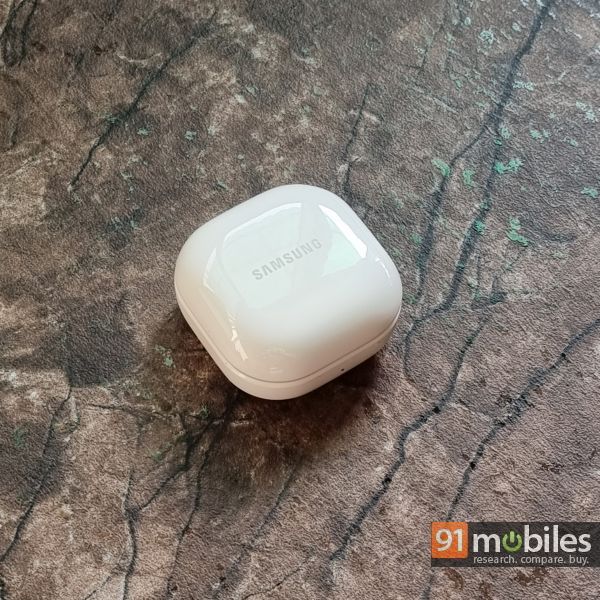 Samsung even lets users customise the touch controls to a certain degree via the Galaxy Wearable app. Moreover, the app also comes with a bunch of different EQ presets and displays the battery backup of your earphones (and the case) front and centre, which is neat. Much to my dismay, the app is not available for iOS. That’s not to say that the earphones won’t work with an iPhone. In fact, I didn’t run into any connectivity issues when using the Buds2 with my iPhone 13.

Specs-wise, Samsung has furnished the Galaxy Buds 2 with a dual-driver array comprising a woofer and a tweeter, that have been positioned inside each earpiece. The earphones support SBC and AAC codecs, and connect to compatible devices via Bluetooth v5.2. 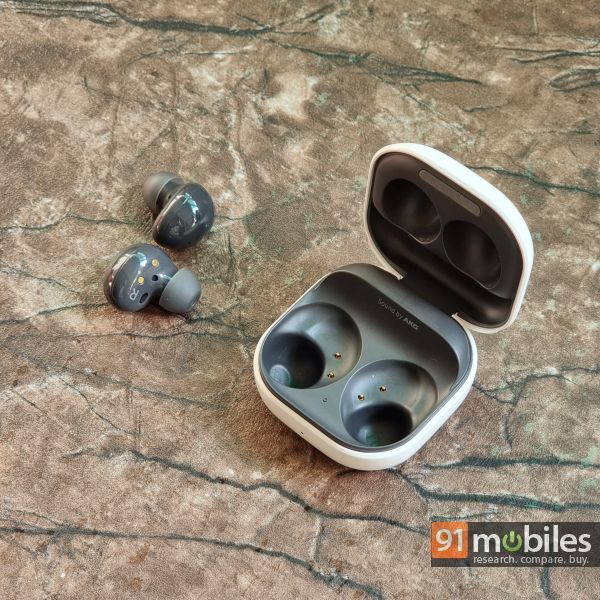 The Galaxy Buds 2’s sound signature isn’t inherently different from what you’d get with the Galaxy Buds Pro, or any other Samsung TWS for that matter. To that note, the earphones put a greater emphasis on the treble than the low-end. Consequently, you might notice that the slam from the beats, while substantial, lacks depth. Moreover, compared to say, the OnePlus Buds Pro, the Galaxy Buds 2’s low end doesn’t sound as tight either. For instance, in DDG’s Moonwalking in Calabasas, the shimmer from the cymbal and the guitar strums are more pronounced than the slam of the kick drums at the start of the track. In contrast, the OnePlus Buds Pro offers similarly pleasing highs, albeit throws in more flavourful beats in the mix too.

That’s not to say that the Buds 2 sound bad. In fact, the earphones offer an exceptionally wide soundstage and stellar imaging – so much so, you won’t ever find one instrument or note hogging up all the limelight. Moreover, the midrange sounds stellar too and the Buds 2 reciprocated the entire vocal range of my favourite singers to a tee. It also helps that the earphones don’t sound sibilant, so you can even listen to podcasts on the pair without any hassles.

I’d also like to add that the Buds 2 ships with excellent ANC chops, which can, at least in parts, be accredited to the unit’s fantastic in-ear fit too. To that note, the earphones comfortably cancelled out the noise of vehicles in my apartment complex and even nullified the hubbub in my house. I also didn’t notice a stark difference between the noise cancellation capabilities of the Buds 2 and other similarly priced earphones like the OnePlus Buds Pro and the Jabra Elite 85T. You’ll also get a hear-through mode with the earphones that should help you be more cautious about your surroundings. Furthermore, the earphones did a good job of relaying my voice clearly over to the other end during voice calls, which is neat. 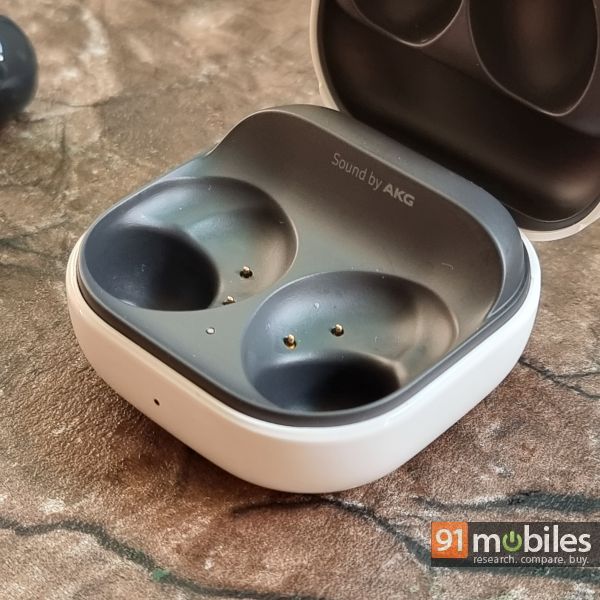 On the flip side, the Buds 2 leave a little to be desired in the battery department. During my testing, I was able to get around 3.5 hours of music playback with the pair (with ANC enabled), which isn’t the best. In fact, the OnePlus Buds Pro should last you an hour or so more. That said, the Buds 2 can offer a 40-minute music playback off a three-minute top-up, so you win some and you lose some here.

The Samsung Galaxy Buds 2 retail for Rs 12k in India and for the price, are quite capable. That said, the earphones miss out on a punchy low-end and I found the OnePlus Buds Pro more “fun” to listen to. Making matters even more interesting, Samsung seems to have slashed the price of the Galaxy Buds Pro, which can be picked up for less than the Buds 2. To reiterate, the Galaxy Buds Pro is the company’s flagship TWS model and consequently, offers everything but the kitchen sink to the end-user. So, if you were in the market for a Samsung TWS, I’d reckon you should opt for the Buds Pro right now. 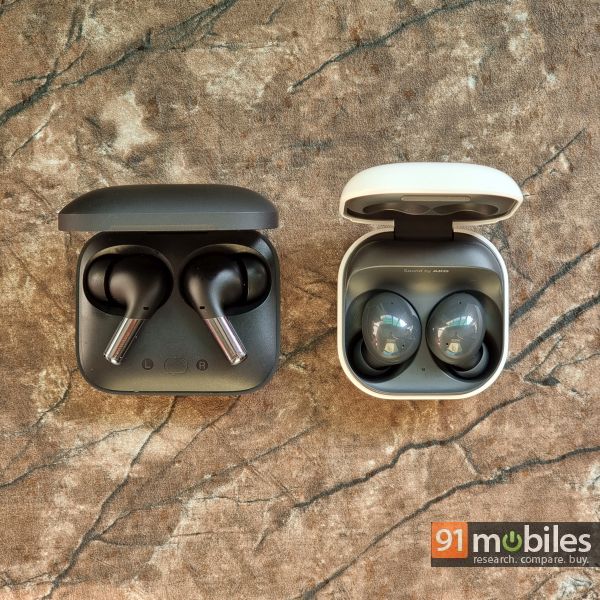 Else, you can also look into the OnePlus Buds Pro and the OPPO Enco X, both of which sound a tad better than the Buds 2. The Buds 2 do bring a lot to the table, including good sound quality and excellent ANC tech, and are worth considering for their comfortable, all-day wear design too.