Samsung enjoys strong brand loyalty and that’s a powerful position to have. This allows the brand to launch phones like the Samsung Galaxy M52 5G, which offers an impressive set of specifications but comes at a higher-than-expected price point. So while the Samsung Galaxy M52 5G might feel a bit on the pricier side compared to phones from Xiaomi and Realme, here’s a look at why you might still be attracted to it, especially if you’re a Samsung loyalist.

The Samsung Galaxy M52 5G looks attractive with its sleek and lightweight profile. It delivers on a stunning display and capable hardware. The software experience could be better without the added bloat, there could have been a headphone jack, and Samsung could have bundled a 25W charger. But if wishes were fishes… 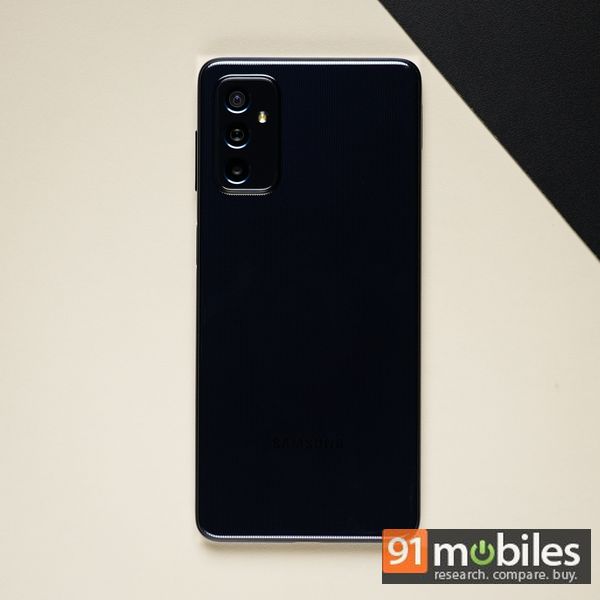 Samsung doesn’t deviate from its formula too much. The company’s ideology seems to be “if it ain’t broke, don’t fix it”. So, with the Samsung Galaxy M52 5G, you’ll get a familiar design, with a large and bright punch-hole display and a glasstic rear panel. Despite the familiarity, the Samsung Galaxy M52 5G feels different when you hold it. It is slimmer and lighter than its predecessor, the Galaxy M51. The Galaxy M52 5G sheds some weight due to a smaller battery unit inside, so you get a handy phone that is easy to use. 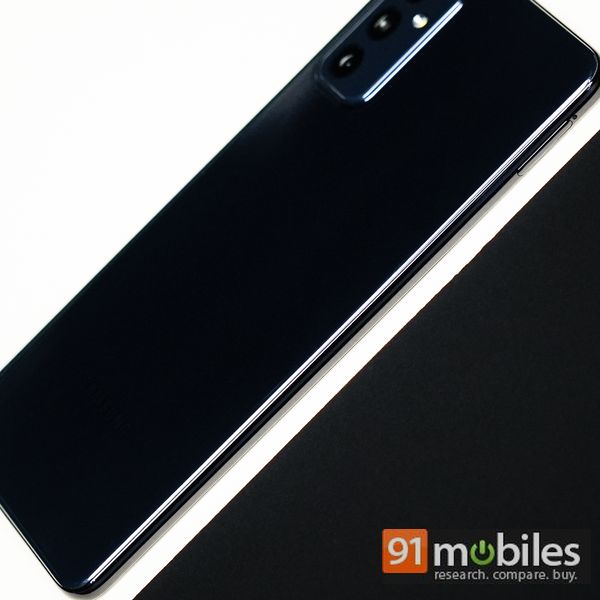 The rear panel isn’t glass and you shouldn’t be expecting that from Samsung. The company likes to use plastic, for some reason. It makes the device feel less premium, but you won’t have to hold your breath if you accidentally drop it. The unit we received was in Blazing Black, which isn’t exactly dark black. It has greyish tones and the glossiness of the panel makes it a fingerprint and smudge magnet.

The Samsung Galaxy M52 5G is a great choice for anyone looking for a lightweight yet sturdy Samsung phone. However, this is a fairly tall device thanks to its 6.7-inch display, so it may not be ideal for those with small hands or those looking for a more compact phone. 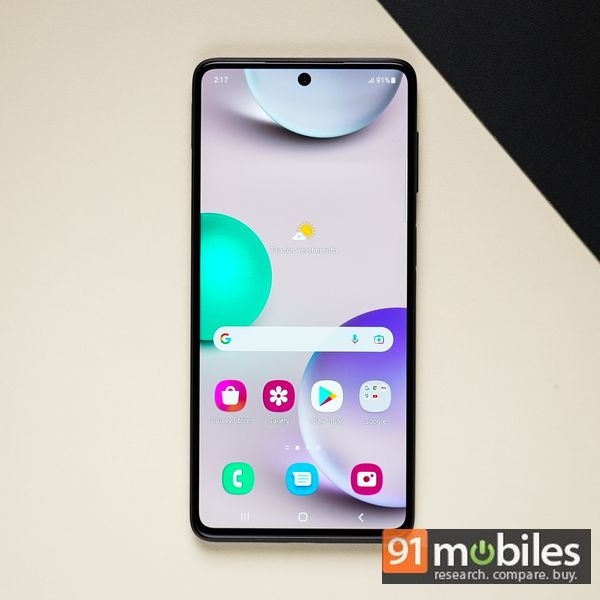 While we are on the subject of the display, let’s talk about how good it is. Turns out, very. You get a large 6.7-inch screen, which means this is a good device for those who love to consume media and play games on the go. This is a Super AMOLED Plus panel that delivers FHD+ (1,080 x 2,400) resolution. What’s more, you get up to 120Hz refresh rate. As far as display specs go, the Samsung Galaxy M52 5G offers pretty much everything you need. This is a bright and vibrant screen with punchy colours and deep blacks.

The picture quality on the Samsung Galaxy M52 5G is great. There is plenty of sharpness while watching content on streaming platforms like Netflix and Amazon Prime Video. We could see the distinct hair strands and pores of the skin when watching Squid Game. The AMOLED screen shines (for lack of a better word) in darkly lit scenes when watching Midnight Mass. Everything is top-notch when it comes to the display, but… 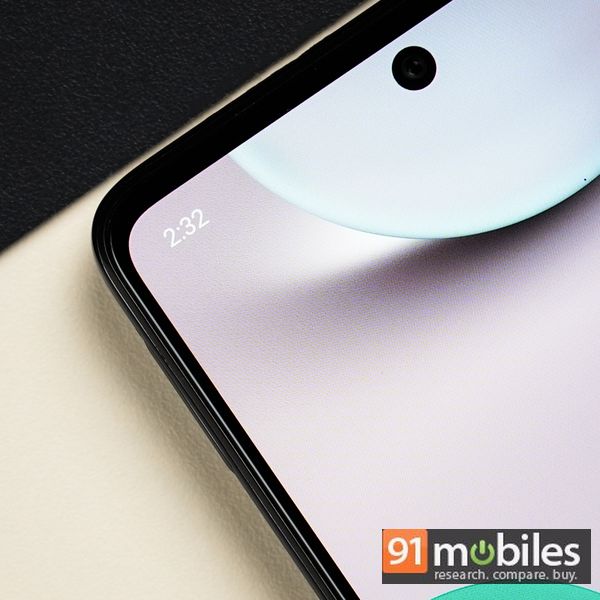 What marred our media experience was the sound quality. A phone this wide in landscape view needed dual speakers, but unfortunately, you get just one speaker. The lack of a stereo effect felt greater here than on other regular-sized phones. Moreover, the single speaker doesn’t get too loud even on max volume. Anything less than maximum and it becomes hard to listen to dialogues in a room with a fan or AC switched on. To add salt to the wound, the phone also lacks a headphone jack.

The cameras are possibly the next major talking point about the Samsung Galaxy M52 5G. You get a triple rear camera system vertically stacked in a rectangular module. There is a 64MP primary sensor, a 12MP wide-angle camera, and a 2MP macro lens. We captured some good-looking daylight shots where colours looked rich and vivid on the AMOLED display. You won’t see natural-looking colours as the camera tends to oversaturate. Photos captured through the main camera are sharp and detailed even when zoomed in. 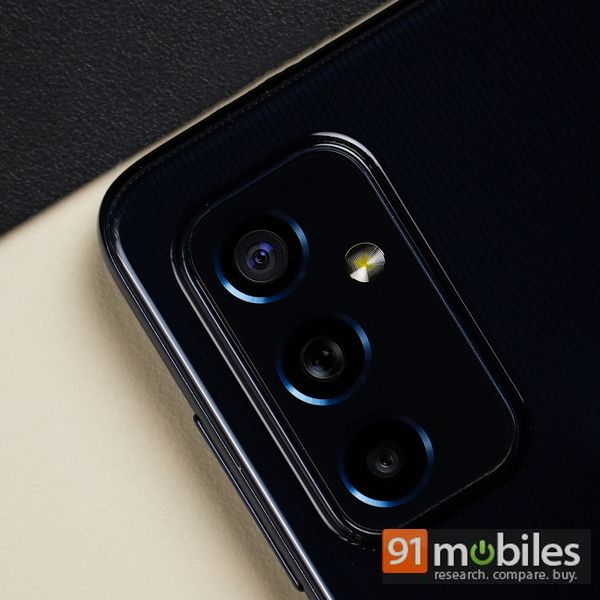 The wide-angle camera comes with its usual set of issues. It performs decently in daylight but with a noticeable fisheye distortion around the corners. It is practically useless in low-light even with Night mode enabled. The macro, too, is best used in daylight when there is plenty of light around. You will be able to capture some good-looking closeups, but don’t expect them to be extremely detailed and sharp. The 32MP front camera can be trusted to capture crisp selfies with good colour accuracy. Coming to performance, the Samsung Galaxy M52 5G gets the dependable Qualcomm Snapdragon 778G chipset. The mid-range processor can also be found in the Xiaomi 11 Lite NE 5G, iQOO Z5 5G, and Samsung’s own Galaxy A52s 5G. The Xiaomi and iQOO phones are priced more competitively, while the Galaxy A52s is in a much higher price segment. The SD778G is a capable performer that can handle day-to-day tasks with ease. Pair it with 6GB or 8GB of RAM and you also get a smooth multitasking experience. In benchmark tests, the phone scored just over 500,000 on AnTuTu, which is higher than the OnePlus 9R, but lower than the Mi 11X. What you need to know is that the Samsung phone performs well enough for basic day-to-day usage that involves messaging, calls, and streaming videos. If that’s all you’re looking for, you’ll be happy. 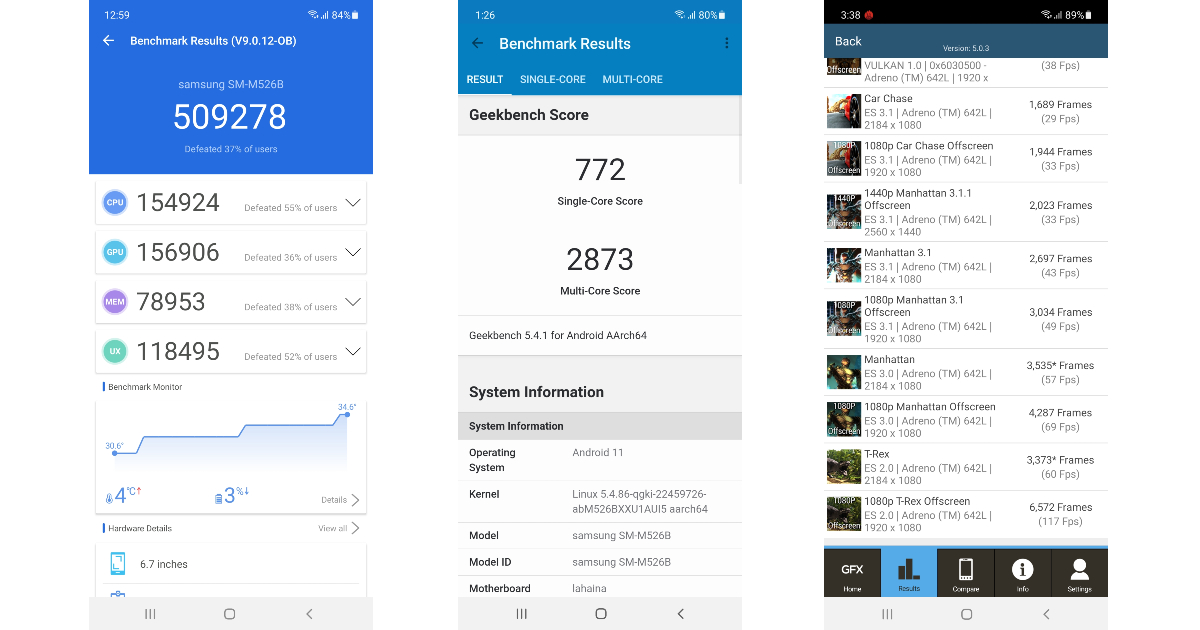 The Samsung Galaxy M52 5G with the Snapdragon 778G won’t be known for its gaming chops, but the phone handles games adequately. We played BGMI, Call of Duty Mobile, and Asphalt 9 on the phone at maximum graphics. While there was some lag here and there, the experience was decent for casual gamers. The large display aids in offering a better visual experience.

This is a 5G phone, which means it is ready for the eventual 5G rollout. The device supports as many as 11 5G bands, which means you shouldn’t have any trouble accessing 5G networks around the world.

On the software front, the Samsung Galaxy M52 5G runs Android 11 out of the box, with One UI 3.1 on top. Samsung’s UI is known for offering a simplistic and easy-to-use interface for people of all age groups. The icons are large and browsing through various native apps is not complicated at all. The most glaring issue is the sheer amount of spammy notifications from apps like Josh as well as Samsung’s own apps like Global Goals and Galaxy Store. There are also tons of pre-loaded apps here that can make the UI look bloated but you can uninstall most of them. You should also be careful while setting up the phone as Samsung will try to get you to download several third-party apps. 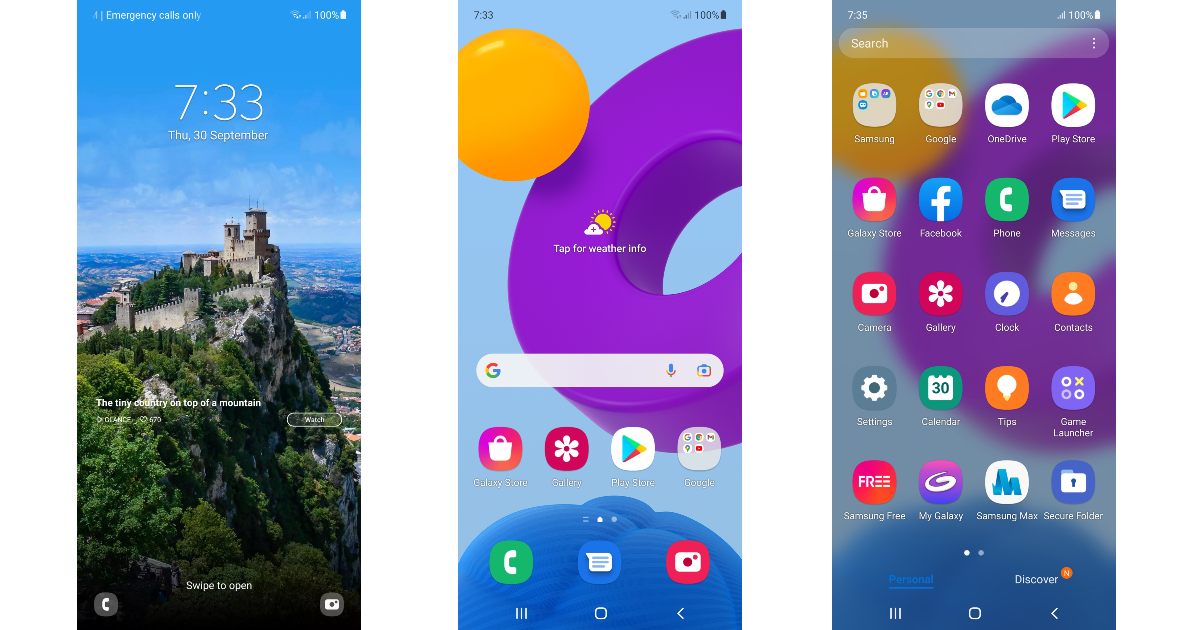 Lastly, we come to the Samsung Galaxy M52 5G battery life. The device comes with a 5,000mAh battery, which is 2,000mAh smaller than the one on the Galaxy M51. The reason behind the downgrade was probably to make the handset slimmer and lighter, but that also means you won’t get a two-day battery life now. The phone lasts a full day with constant usage that involves texting, browsing websites, a few hours of gaming/streaming. By the end of the day, you will need to charge the phone once. 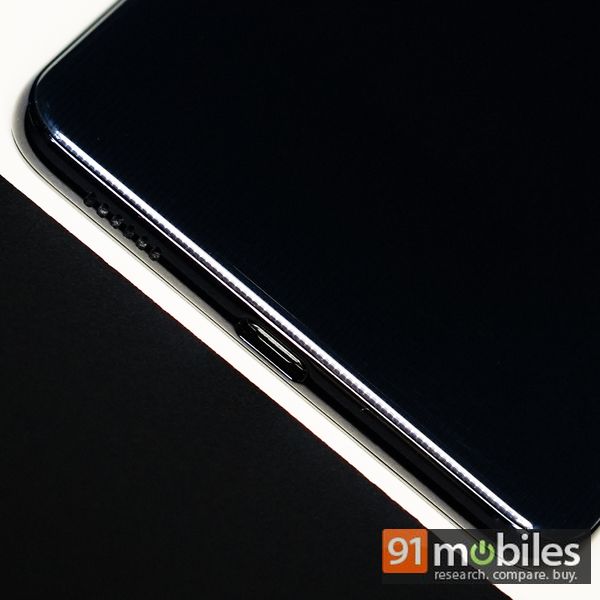 The Samsung Galaxy M52 5G supports 25W charging, but you get only a 15W charger in the box. The bundled charger takes roughly two and a half hours to fully charge the device. Offering a 25W charger in the box would have been great, but Samsung was probably trying to cost cut here.

The Galaxy M52 5G gives you everything you need from a Samsung phone under Rs 30,000. The company has not made a lot of compromises, which it tends to do on some of the cheaper Galaxy phones. It ticks all the right boxes in the display, camera, and design departments. It’s a sleek and lightweight device that delivers a stunning display and enough power to handle day-to-day tasks.

But there are some compromises to be found, such as the lack of a headphone jack and a smaller battery compared to its predecessor. Oh, and you also have to purchase a 25W fast charger separately. These compromises may not be deal-breakers, but it’s still disappointing to see in this segment considering rivals don’t skimp on such features as much. The Galaxy M52 5G goes up against the OnePlus Nord 2 and Mi 11X 5G that offer better performance and faster charging speeds, among other things. That said, the Samsung Galaxy M52 5G is perhaps the most dependable and well-built Samsung phone in this segment right now.