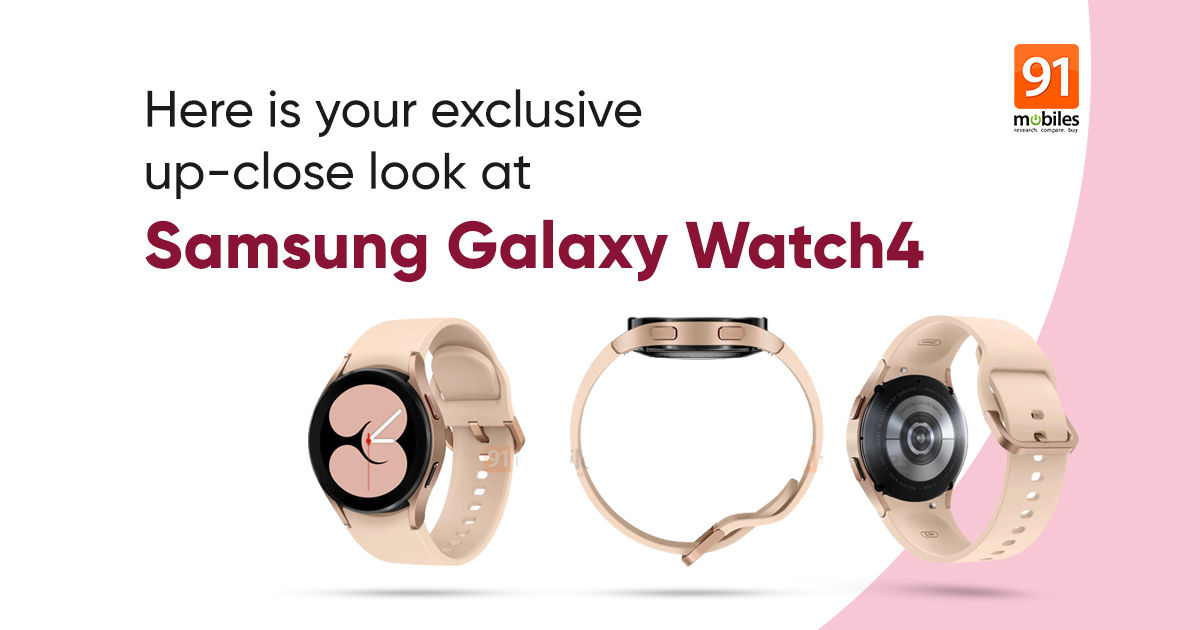 Samsung Galaxy Watch4 can be seen donning a distinctively dissimilar design to the Galaxy Watch 3 in these renders. While the design language looks similar to that of Galaxy Watch Active 2, it is now clear that the company will be dropping the ‘Active’ moniker for its new series of smartwatches.

At the back of the smartwatch, as you can see in the images, some of the key specifications of the watch have also been mentioned. These specs include 40mm and 44mm sizes, 5ATM water resistance, MIL-STD 810G durability, GPS, and Gorilla Glass DX+ protection. The Samsung Galaxy Watch4 can be seen with black, silver, dark green, and rose gold finish in these renders. The two buttons are located on the right edge of the wearable.

As far as software is concerned, Samsung has already announced that it would be merging its Tizen OS with Google Wear OS for its future smartwatches. Samsung mentioned that the new OS will result in better performance and battery life for its future wearables. As the expected unveiling of the smartwatch is not too far away, we will get to know more details very soon, so stay tuned in.