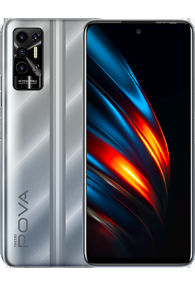 It’s not every day that you hear about a smartphone packing a battery big enough to challenge a traditional power bank. However, that is exactly what you get with the newly-launched Tecno POVA 2 smartphone that sports a mammoth 7,000mAh battery. The device has other things going for it as well, including the Helio G85 chipset, up to 6GB of RAM, and a 48MP quad-camera setup. It’s priced starting at Rs 10,499, and here is my full review of the smartphone to see if it’s worthy of your consideration. 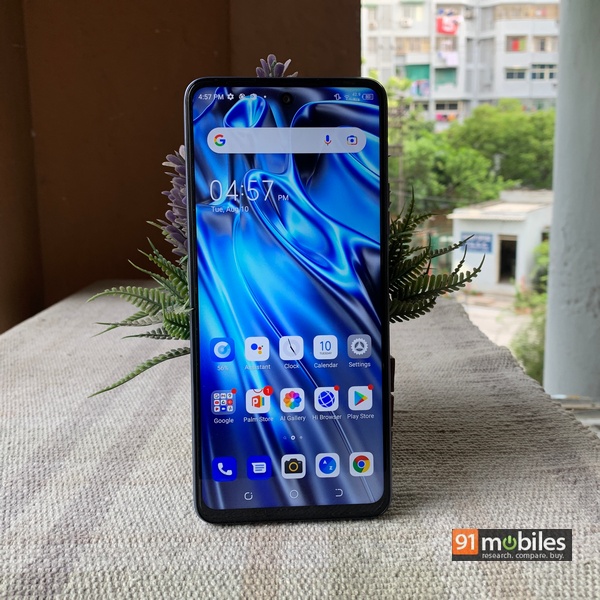 While the Tecno POVA 2 is indeed a battery powerhouse and matches the expected processing requirements, its less-than-average camera, and software are a cause of concern. 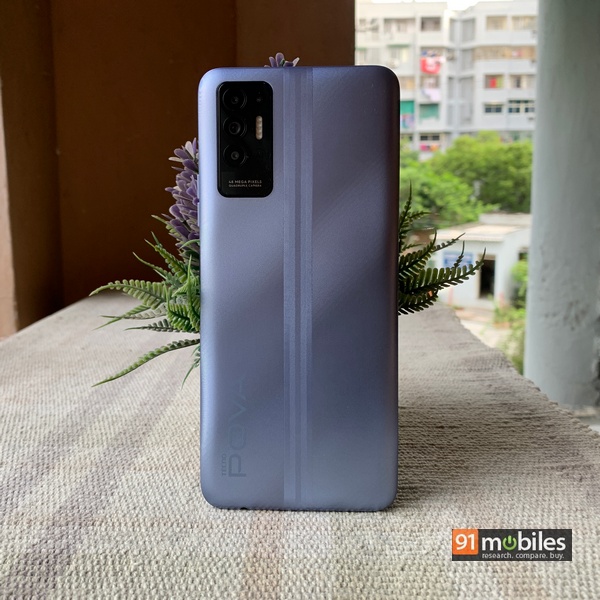 The POVA 2 is a very heavy phone (because of its large battery), making it very difficult to use one-handed. The phone sports a plastic unibody construction that is common on budget phones, adding a slightly rough textured finish. The camera hump is big but does not protrude out from the back by a lot. On the bottom, you will find an off-centered headphone jack that does not align with the USB C port. Surprisingly, the earpiece is also the speaker of the phone which is a poor choice in my opinion. A fingerprint sensor is integrated with the power button and the construction of the device is extremely rigid. At the front is a nearly 7-inch IPS LCD panel with FHD+ (1,080 x 2,460) resolution and a standard 60Hz refresh rate. The screen is not as bright than I would’ve liked, and the off-axis colour shift is a lot more than what even a budget phone should have. The punch-hole at the top is comically large and a lot of backlight bleeding is visible around it. The screen customisation options only include a toggle for Eyecare and dark mode. With no WideVine L1 certification, the POVA 2 can only stream SD content on its giant display. 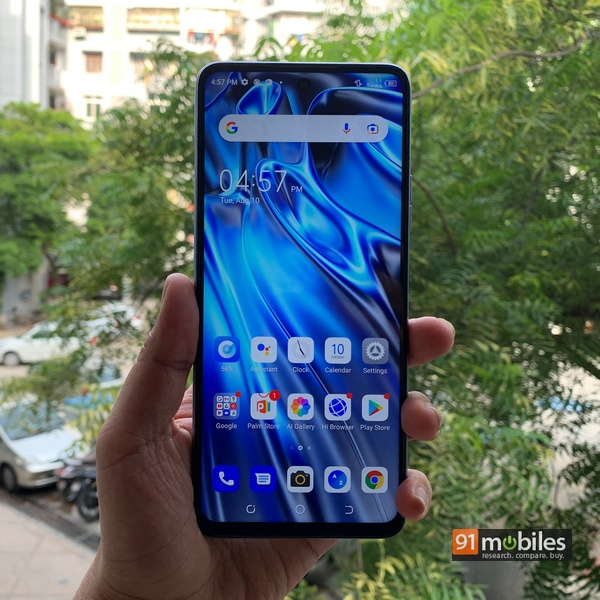 Optics on the POVA 2 are handled by a 48MP primary shooter which is supported by three 2MP sensors for depth and macro capabilities. While the main sensor does find its uses in bright daylight scenarios, the rest do little more than padding up the cameras. The colours and saturation levels are controlled to a certain degree but the shots have a dull and washed-out look. The detailing is on point usually, but the dynamic range has the tendency to be very faulty. Night mode photos are soft with oversharpening across the frame and the computational photography for the dedicated Night mode seems to be faulty. The selfie camera can stand on its own but not for portrait shots. 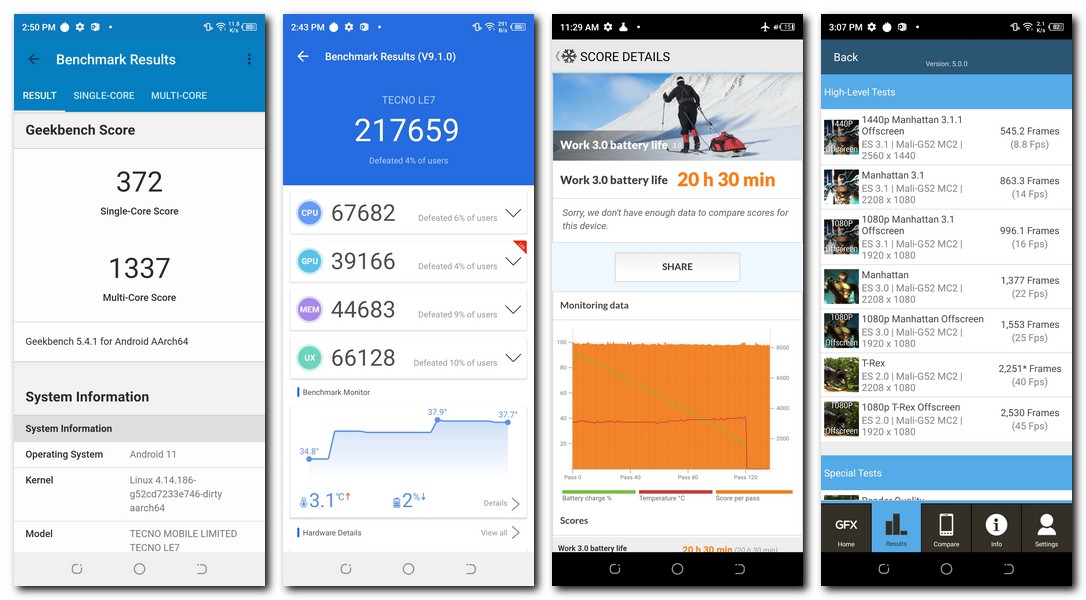 In terms of performance, Tecno has used the MediaTek Helio G85 chipset for its processing needs. The same chipset has been employed on the cheaper Narzo 30A (review) smartphone as well. For a budget phone, the Tecno POVA manages to pull off a good benchmarking score of 217,659 on Antutu. Normal everyday performance on the device felt adequate although BGMI gaming should be avoided unless you want to cope with constant frame drops and overheating. You get 4GB RAM on the base version which can be bumped up to 6GB if you opt for the other variant. 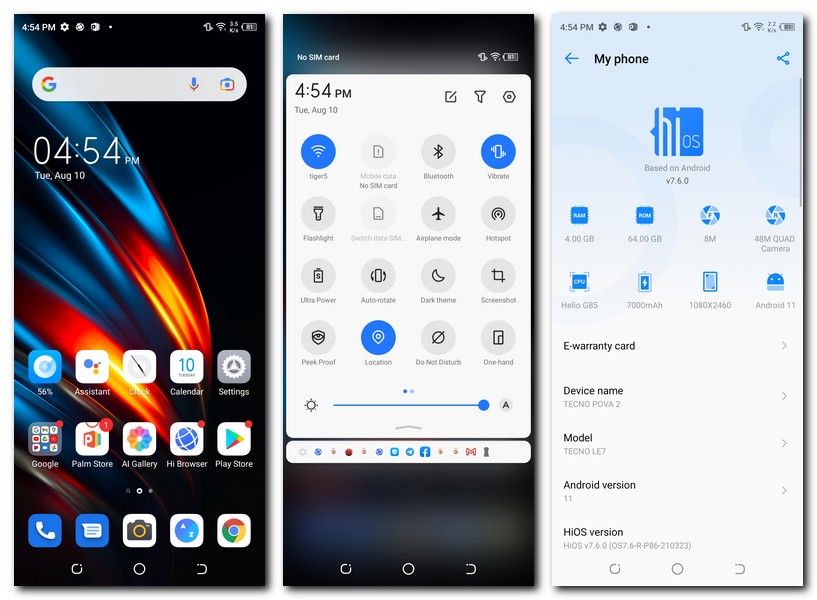 Tecno’s HiOS 7.6 skin based on Android 11 is mostly average in terms of user experience. It does make the app drawer easier to browse with its alphabetical arrangement but the amount of bloatware is very hard to overlook. Also getting regular software patches could be an issue. Finally, there is the massive 7,000mAh battery which is touted to offer a standby time of 45 days. On PCMark’s Battery 3.0 test I saw a score of 20 hours and 30 minutes which is slightly lower than I had expected. To find out more about how the battery on the POVA 2 performs, you can head over to this comparison. The POVA 2 can offer long battery life for sure, but not as much as one would’ve expected, considering its battery capacity. There is an 18W charger in the box that will completely juice up the phone in about 3 hours. 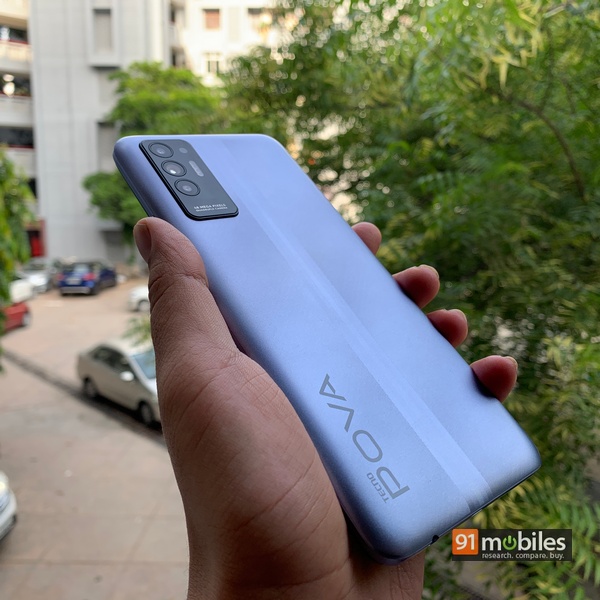 POVA 2’s strong suit is definitely its sizeable battery which is something no other brand is providing at this price point. However, the phone’s sub-par camera quality and software experience play to its detriment. Tecno POVA is worth a look if you want a good performance and long battery life, without hurting your wallet.