91mobiles.com
Home Game Zone The Last Of Us: Part 1 Review: A Remake Worth Experiencing
The Last Of Us is arguably one of the greatest games ever made, and the title has seen massive success over the years on the PlayStation 3 and PlayStation 4. However, for a third time, Naughty Dog has remade their critically acclaimed title for the PlayStation 5 in the form of The Last Of Us: Part 1. From the creators of the Uncharted series, Naughty Dog has yet again delivered an exceptional visual treat for both new and returning players who are pining to experience a game of high calibre.

The latest remake of this title is somewhat of a hot topic, but I will try to keep it simple. If you, as a player, have never managed to play TLOU on previous Sony consoles, I would highly recommend you play The Last of Us: Part 1 on the PlayStation 5 if you have the means. On the other hand, if you’ve already experienced the game before, it’s still worth exploring the title with upgraded visuals. Here’s why I think The Last Of Us: Part 1 is the definitive version of the game that still holds value in 2022. 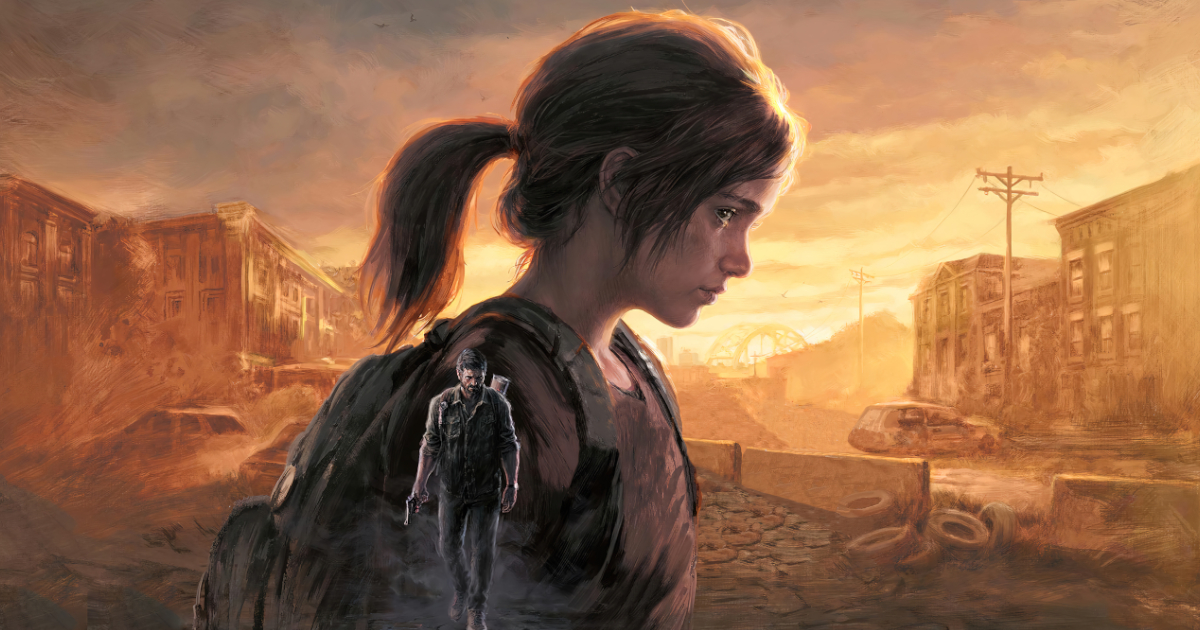 The Last Of Us: Part 1 doesn’t offer a new story since the title is more of a modern take on the visuals rather than the narrative. However, if you don’t know the story of TLOU, suffice it to say it is one of the most emotional and poignant story gaming media has ever produced. You play as Joel Miller, a survivor in a post-apocalyptic world affected by the Cordyceps disease. This disease effectively turns infected humans into parasitic-fungal zombies who have overrun the world, confining humanity to camps and exclusion zones. As Joel, you will go on missions that involve dealing with various factions who are trying to survive in this harsh world. Eventually, Joel is tasked to smuggle and protect Ellie Williams, a young girl deemed important by the Fireflies.

As you venture across America trying to keep Ellie alive, you will go on a rollercoaster ride where you will question everyone’s moral compass. Surviving in a harsh world such as TLOU’s setting isn’t easy, and you will face some gut-wrenching situations. There will be instances where you will cheer Joel on, while in others, you will feel deeply saddened. There are some beautiful moments and then some extremely horrific situations you will face that have made TLOU a legendary title from the PlayStation family. 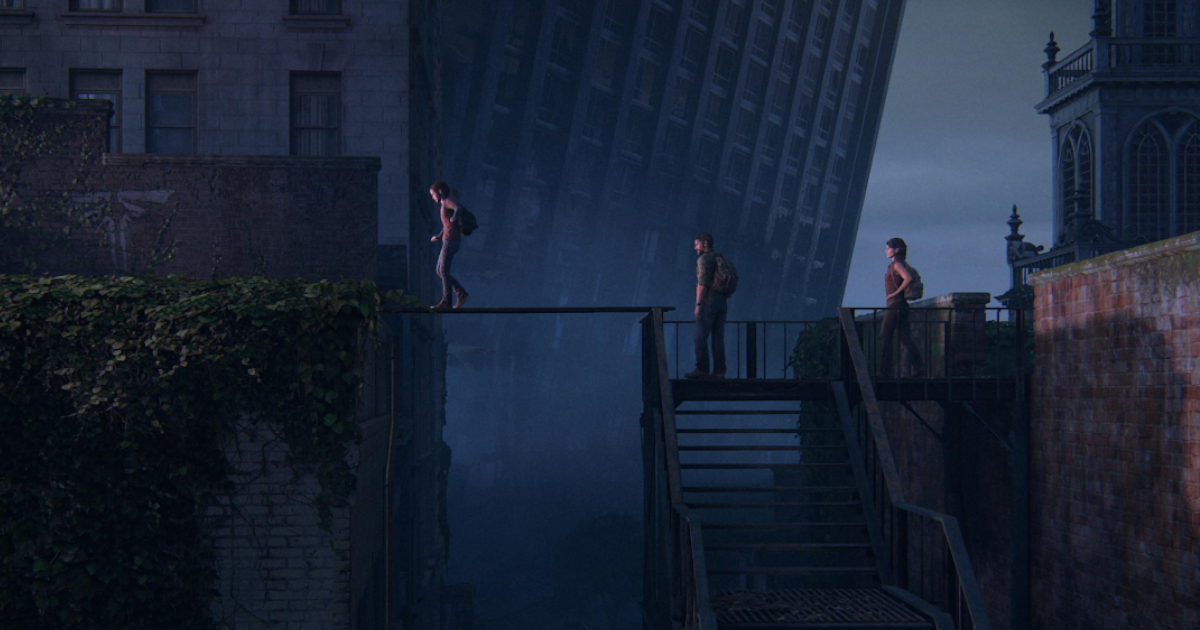 What’s also neat is that the ‘Left Behind’ DLC has also been packed with this release and has received the same treatment as the main title. So while this 2.5-hour experience is not exactly new content, at least players won’t have to shell out more money to experience Ellie’s story before she met Joel.

The Last Of Us: Part 1 – Visual Upgrades And Other Features

Naughty Dog has done an incredible job of upgrading every visual aspect of TLOU in the remade version. The Last Of Us: Part 1 will instantly show off the graphic improvement from the very first cutscene with Joel and Tommy’s character models. As you progress through the game, you will notice that not only every character model has been designed from the ground up, even the levels have received the same treatment. In addition, buildings, little trinkets, collectables, and even random NPCs have been upgraded to enhance players’ experience. However, the most noticeable upgrade is the overall lighting, as the game now feels more cinematic and real-life-like than the original. Even in levels, there is far more noticeable vegetation in dishevelled environments that have been crafted with meticulous detail. 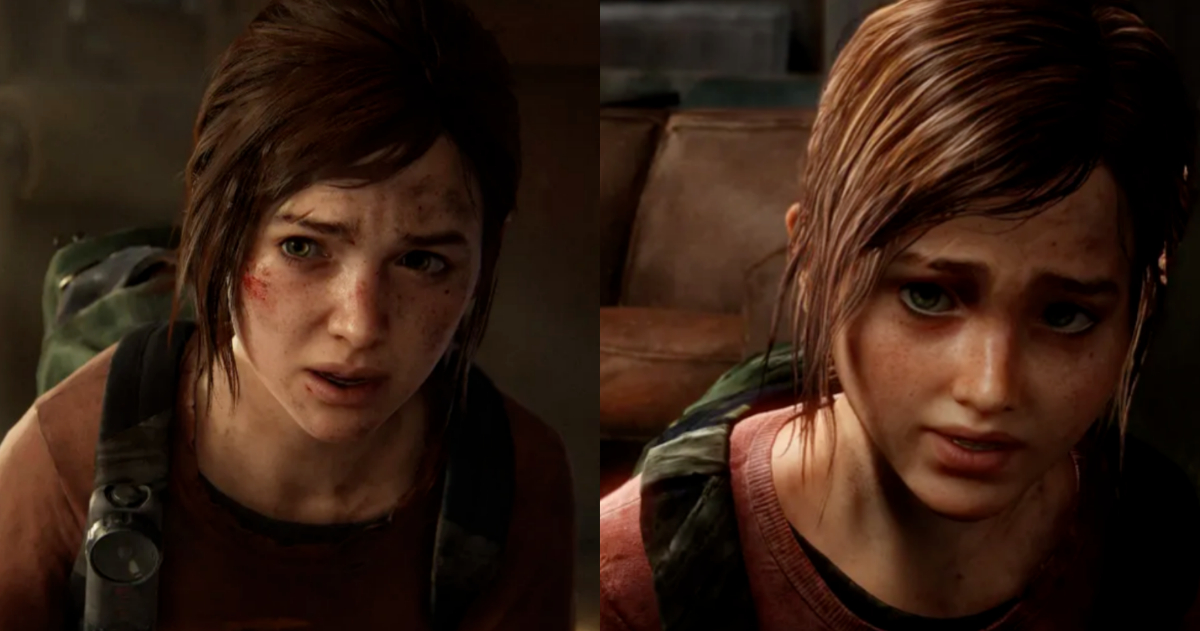 The treatment of visual improvements has also been extended to cutscenes that look at par with the visuals we saw in The Last of Us: Part 2. The lip-syncing is highly accurate on every character featured in cutscenes. However, some character models look a bit different from the original. This is most noticeable when you reach that horrible scene involving Sam and Henry. 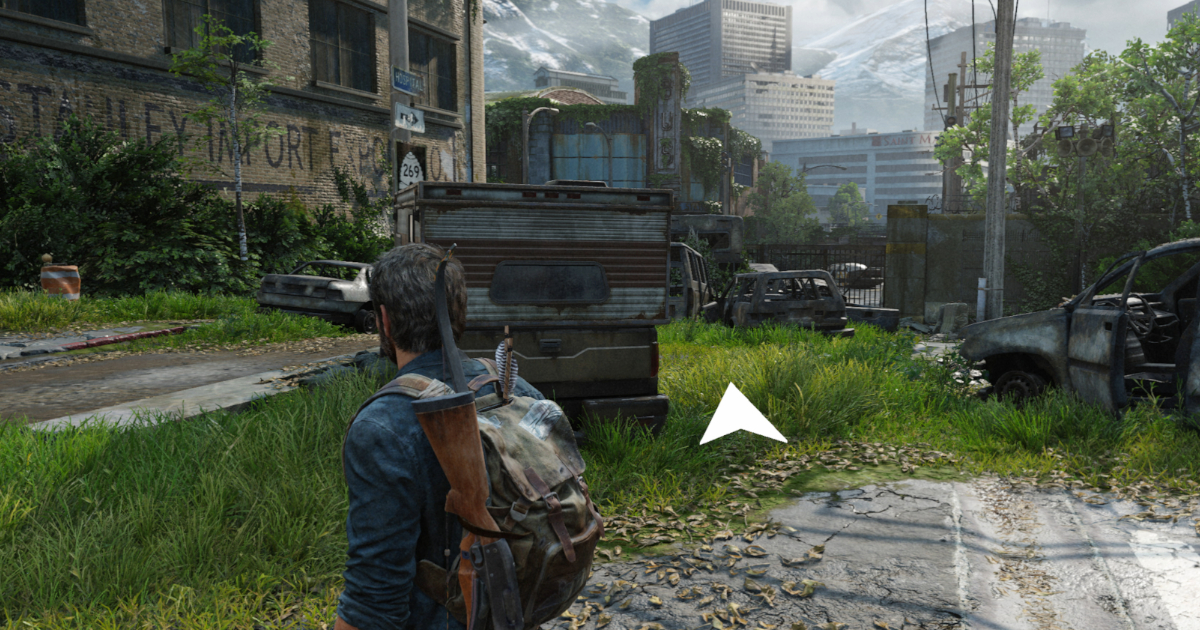 Apart from visual upgrades, The Last of Us: Part 1 adds many accessibility options that include features such as audio-guided cutscenes, screen reading, navigation assistance, an enhanced listen mode, and other significant additions. Some of these features are highly important for differently-abled players who may have found it hard to experience the original game. In addition, other customisations directly impact the gameplay as players can tweak mechanics such as Infinite breathe, skip puzzles, and other features that make the game easier to experience.

The Last Of Us: Part 1 – Gameplay and Performance

It wouldn’t be fair to reduce The Last Of Us: Part 1 to a simple visual overhaul that has been repacked to sell again. In fact, many gameplay improvements also make TLOU: Part 1 a more fulfilling experience. For example, enemy AI has been significantly improved, making stealth gameplay much tenser than the original. Subsequently, the way your character moves is also very similar to TLOU: Part 2, a feature I dearly loved in the sequel. The newly added gameplay experience really does make it worth checking out the game again. The combat mechanics feel more fluid than the original and doesn’t confine players to janky controls. The way this game plays is the sole reason why returning players should consider experiencing TLOU again. 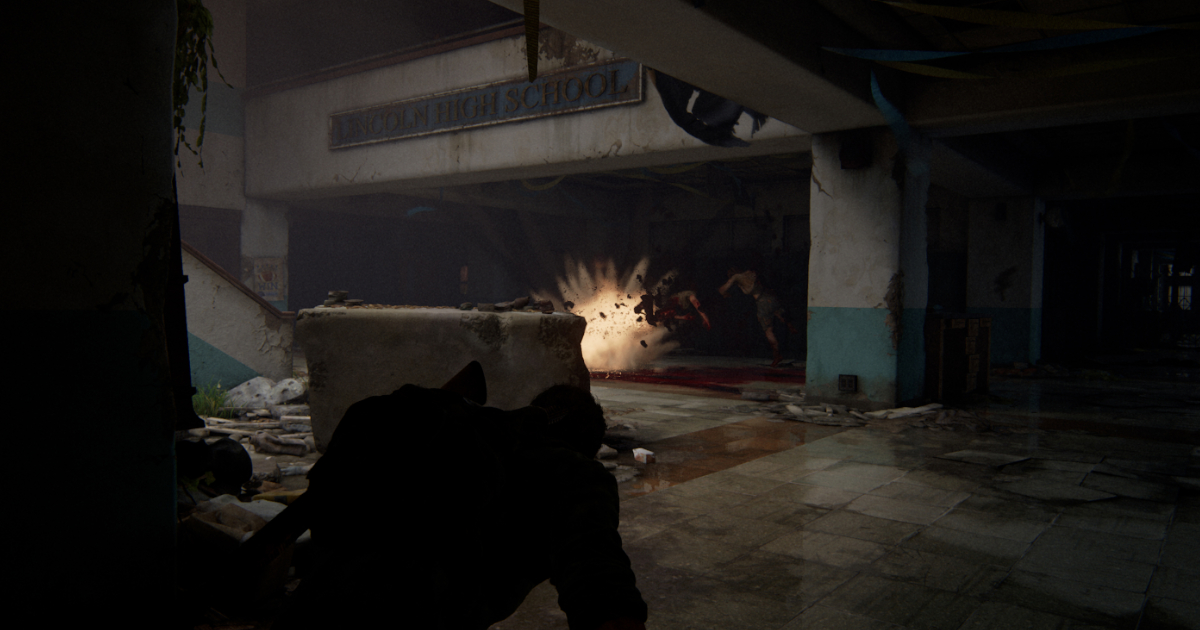 Once you get the hang of the control and get efficient at dealing with enemies, you can even try your hand at speed-running the game. Naughty Dog has provided a dedicated speed run mode for experienced players who want to amp up the challenge. Having said that, the speed-run mode is only available once you beat the game. There is no reason to lock this mode as many returning players who have already played TLOU2 and know every aspect of TLOU would want to speed-run the game from the get-go.

All of the gameplay improvements have been fantastically supported with different performance modes. You can experience The Last Of Us: Part 1 in 4K or 1440p resolution while targeting 60FPS in performance mode. However, you can also unlock the framerate to get even more FPS that targets up to 120 FPS if you have a TV/Monitor with an HDMI 2.1 port. Players who like their games to look pretty can play the game in Fidelity mode; however, the game only targets a maximum of 40 FPS in this mode which can be slightly disappointing for some players. I recommend playing the game in performance mode, as The Last Of Us: Part 1 still looks quite stunning, and you don’t really have to sacrifice gameplay performance. 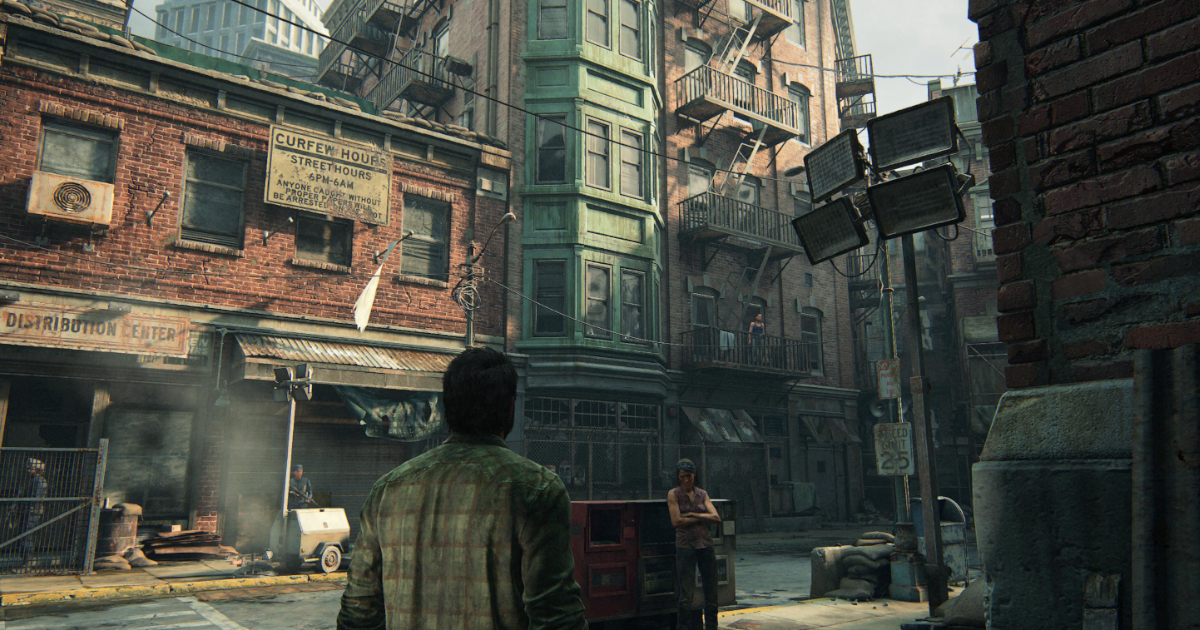 Finally, the remake wouldn’t be complete if Naughty Dog did not implement DualSense support. When playing the game, players will be able to experience vibrations that are akin to DualSense during gameplay and even cutscenes. These vibrations have also been tuned in tandem with audio, making the game more immersive than ever before. Other DualSense features, such as trigger resistance, can also be felt when using different types of weapons. This is most notable when players use a bow or when they craft items such as a Health Pack. In my opinion, the DualSense features used in The Last Of Us: Part 1 are at par, if not better, than Ratchet & Clank: Rift Apart.

The Last of Us: Part 1 is definitely a faithful remake, but it does launch for Rs 4,999 in India. If you’ve never played the game, I highly recommend checking it out at launch, as it is the definitive way to experience one of the most poignant stories ever told. However, if you’ve already played the game, it might be prudent to wait and experience TLOU: Part 1 once it is available for a lower price. PlayStation Studios should have provided an upgrade path for players who already own the PS4 version, but that could change in the future.

The remake does offer vastly upgraded visuals and many new features that differently-abled players will appreciate. Overall, The Last Of Us: Part 1 is now up to date with 2022 standards and could look even more exceptional once it releases on PC.