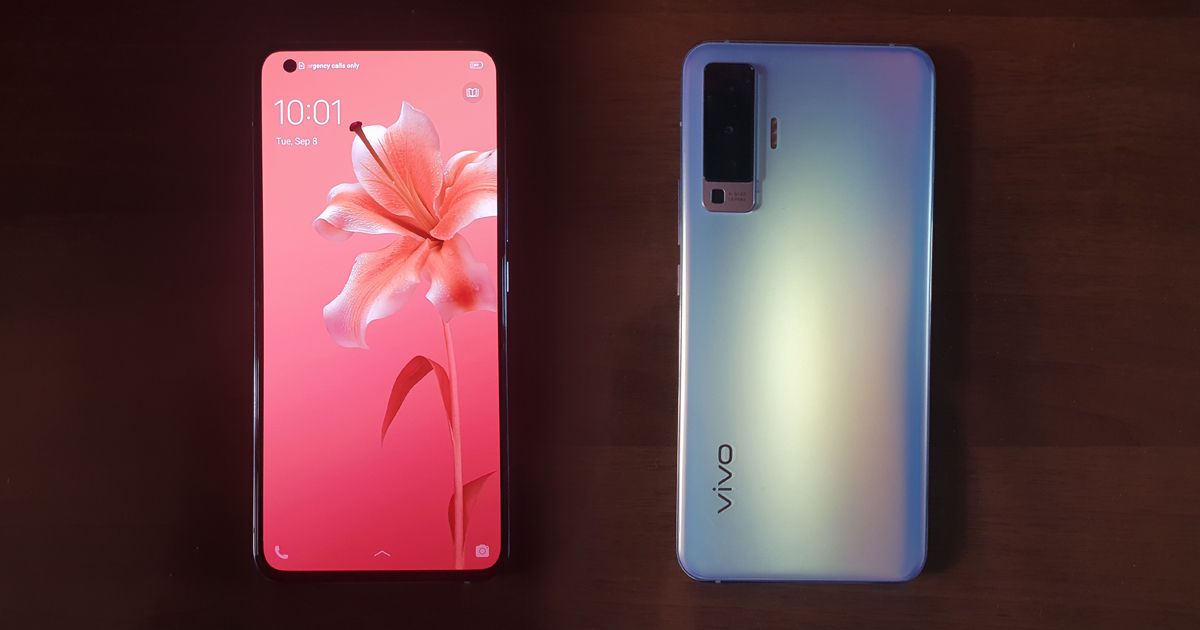 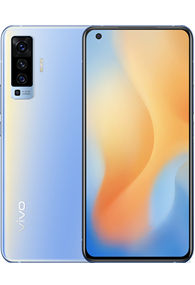 Chinese smartphone giant Vivo has been steadily making strides in the premium segment of smartphones over the past couple of years. I have seen some truly spectacular experimentations with the NEX series which introduced the concept of pop-up selfie cameras. With the X50 series, launched in July, Vivo outlined a new trend in smartphone photography with the first gimbal camera on a mobile device. However, this feature was privy only to the flagship X50 Pro (review) but the company had also announced the lower-end X50 which might have been swept under the metaphorical rug due to the hype around its elder sibling. With the smartphone priced starting at Rs 34,990, it is certainly worth taking a closer look at the Vivo X50 and see how it stands in front of the relentless competition. 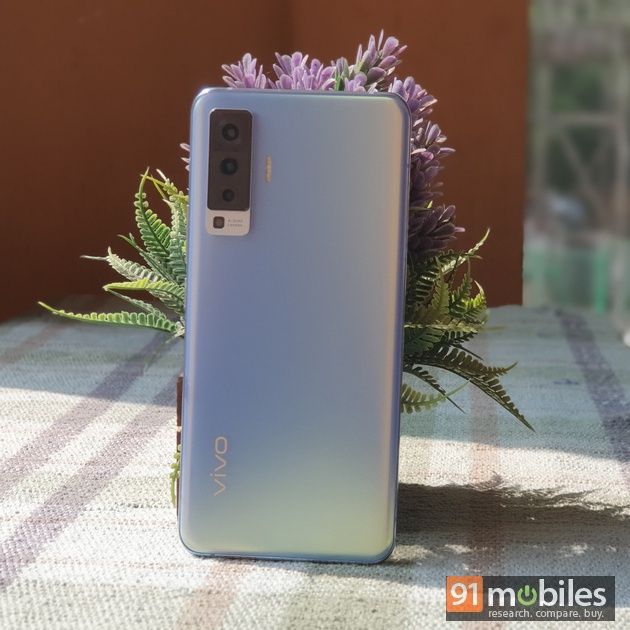 The Vivo X50 is not as flashy as its Pro sibling in terms of design, but it does come close enough. The back of the device is not plastered with a massive gimbal camera but the primary lens in its quad-camera module is pretty sizeable. It is quite apparent that sleekness is the word of the day when I look at the X50’s design choices. It borrows the same matte finish from the Pro and mixed with the 3D curved glass and a stainless steel frame, the device easily gives one of the best in-hand feels. It also helps that the X50 is one of the thinnest phones in the market at 7.49mm and weighs 171g. I have been given the Frosted Blue variant to try and I have to say that anyone looking at the device from the back is going to mistake it for a much higher priced device. The X50 does not have a headphone jack but it packs in the regular Type-C port, speaker grille, and a dual-SIM slot at the bottom. As far as button selection goes, you get the standard volume rocker keys and the power button, all of which are present on the right. 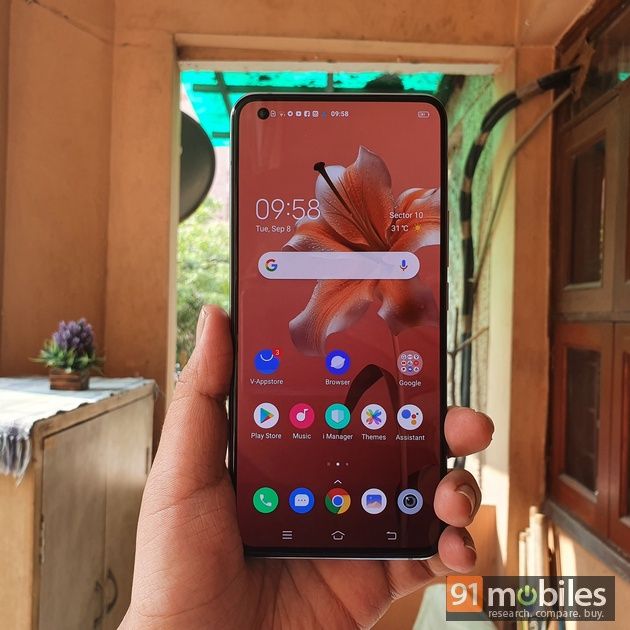 On the front, I was greeted by a lovely 6.56-inch AMOLED panel with FHD+ resolution, 20:9 aspect ratio, and 90Hz refresh rate. Unlike the Pro, the X50’s display is flat and does not curve on either side, which is something I prefer since it helps avoids accidental touches. There is the punch-hole implementation for the selfie shooter that has been carried over and the bezels are extremely trim around the display. 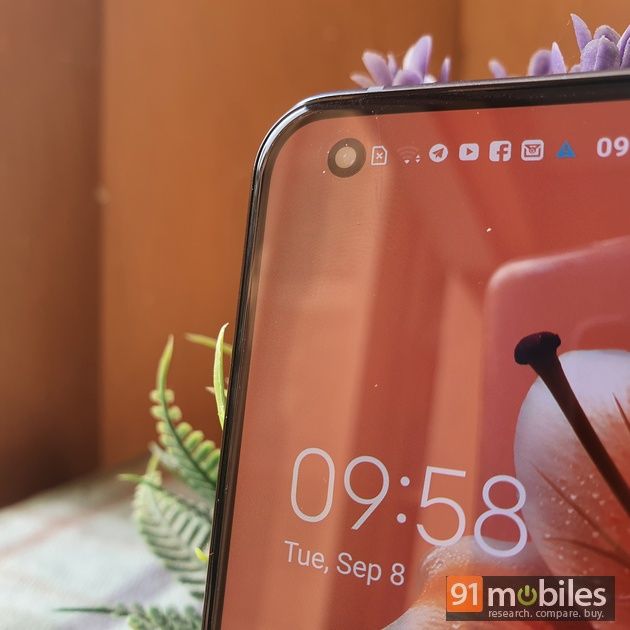 The X50’s panel shares all the qualities of the Pro version, namely it is extremely bright and punchy, has HDR10+ certification, great viewing angles, and good contrast ratios. The refresh rate is adjustable according to battery needs but I kept it fixed at 90Hz for the duration of my usage. It is of little doubt to my mind that the X50 has one of the nicest displays in its segment. 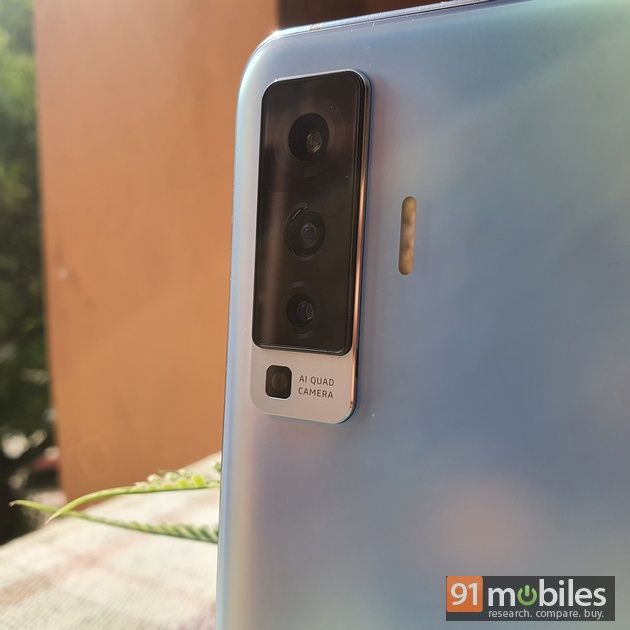 On the optics front, the X50 gets a 48MP Sony IMX598 sensor as the primary lens along with an 8MP ultra-wide lens, a 13MP depth camera, and a 5MP macro sensor. While the gimbal camera may be absent, the device still manages some of the most detailed and colour accurate shots you can get in this segment. The image processing and dynamic range is top-notch wherein the slightly diffused sunlight through the overcast sky was captured perfectly with the shadows on the clouds highlighted impressively. 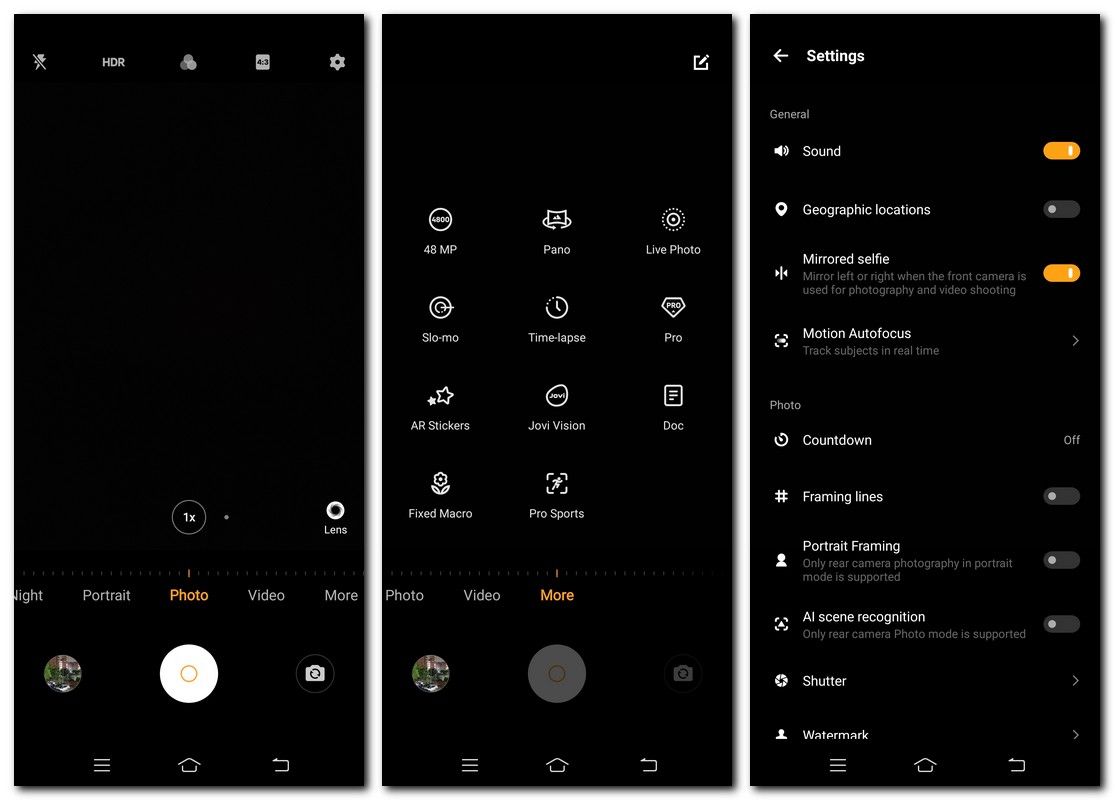 In terms of video, you do get OIS capabilities but only on the primary sensor. Make no mistake, the Vivo X50 has a huge sensor and it is very effective in taking night time shots. There is a fair amount of noise in very dim environments but the dedicated night mode sharpens most of the photo. Other features include 20X digital zoom, a commendable ultra-wide camera with a sharp centre of focus, a macro mode, and portrait mode shots with perfect background separation. Overall, one of the best camera experiences under Rs 40,000. 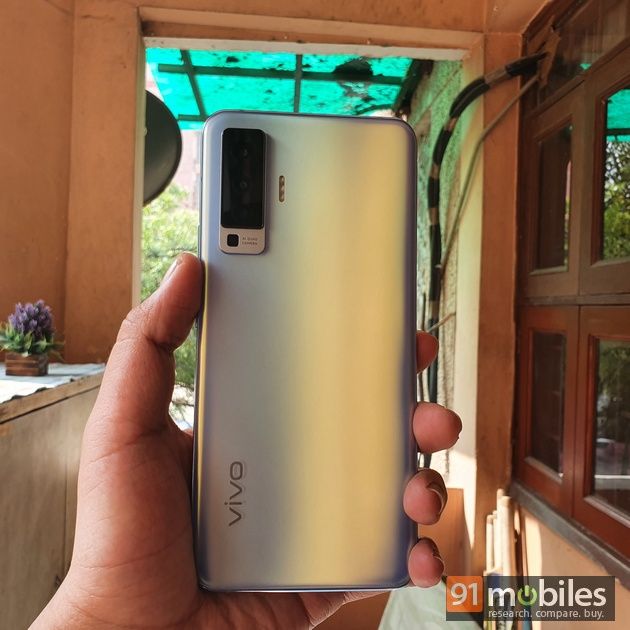 Performance-wise, the device isn’t that impressive, since it utilises the Snapdragon 730 SoC while the Pro version has the more advanced Snapdragon 765G SoC inside. For its price point, it is not hard to get hold of OnePlus 7T (review) or even the Realme X3 Superzoom (review) which packs in last year’s flagship Snapdragon 855+ chipset. This becomes clear in benchmarks which show the Vivo X50 behind the above-mentioned devices by a significant margin. That being said, the UI integration with the hardware appears to be solid, with nearly zero lag switching between several apps, browsing through heavy apps such as Facebook, Instagram, and multi-tasking. I have the 8GB RAM + 128GB version with me which is quite sufficient for normal usage.

Vivo has also made a lot of improvements over time to its FunTouchOS software skin that is based on Android 10. There has been constant effort to distance the UI from earlier being an iOS clone. There is bloatware to deal with and a funky settings menu, but overall the tone is looks closer to stock Android, which is always a bonus in my books. 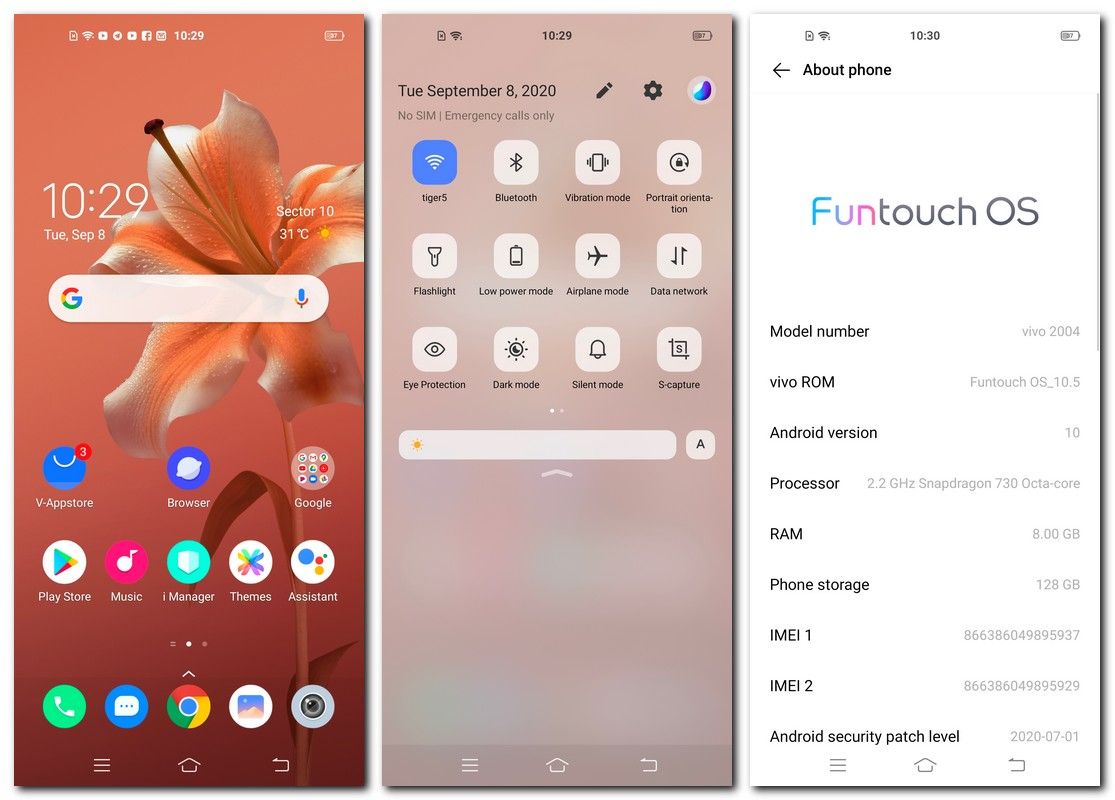 As for the battery life, the X50 packs in a moderate (by today’s standards) 4,200mAh cell which is supported by Vivo’s proprietary FlashCharge 33W solution. On the whole, I was quite impressed by how long the phone lasted and our standard battery test revealed a time of nearly 24 hours which is what you can expect from this battery capacity. Full disclosure, I was not able to play PUBG Mobile on the device on account of it being banned, but the device does allow for about 2 hours of Call of Duty Mobile before heating up. The device can get juiced up from 0-100 percent in about an hour. 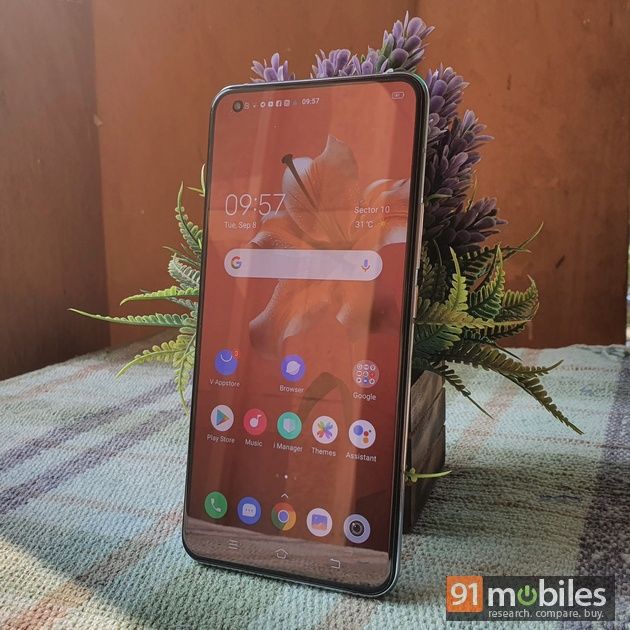 The Vivo X50 is a premium-looking device with a hefty price tag that appears to be disproportional to the internals packed inside. Arguably you can get much better performance-oriented devices for the same price tag, except for the fact that the cameras on the X50 are exemplary. It is a handy tool for smartphone photography and videography. Plus users who do not have heavy usage on their minds can quite certainly bank on the phone to get through daily tasks with ease. 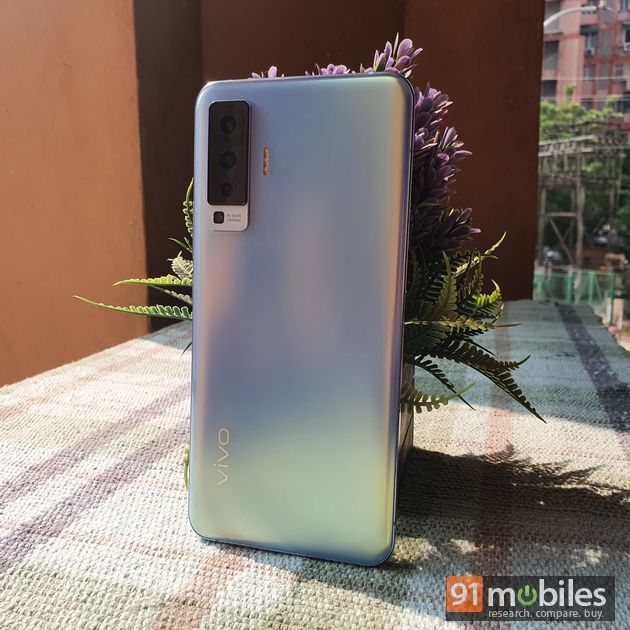