“Even after one year of launch, Microsoft’s Xbox One X comes across as an extremely capable gaming console that still looks future ready in more ways than one”

Microsoft created strong waves in the gaming industry when the brand announced the “world’s most powerful gaming console” in the form of the Xbox One X (first impressions) last year. Shortly after the international launch, the company introduced the gaming console on Indian soil. Considering how Sony’s PlayStation 4 has managed to outsell the Xbox One and Xbox One S with ease, and that the Japanese brand took a head start by launching the PS4 Pro several months ahead of the Xbox One X, this is a crucial product for the company in more ways than one. We decided to give the Xbox One X a go around a year after the launch to see how it has aged in its first year. If you are planning to buy a new gaming console in the coming months, just sit back tight and read on our detailed review to figure out if Microsoft’s offering deserves your attention. 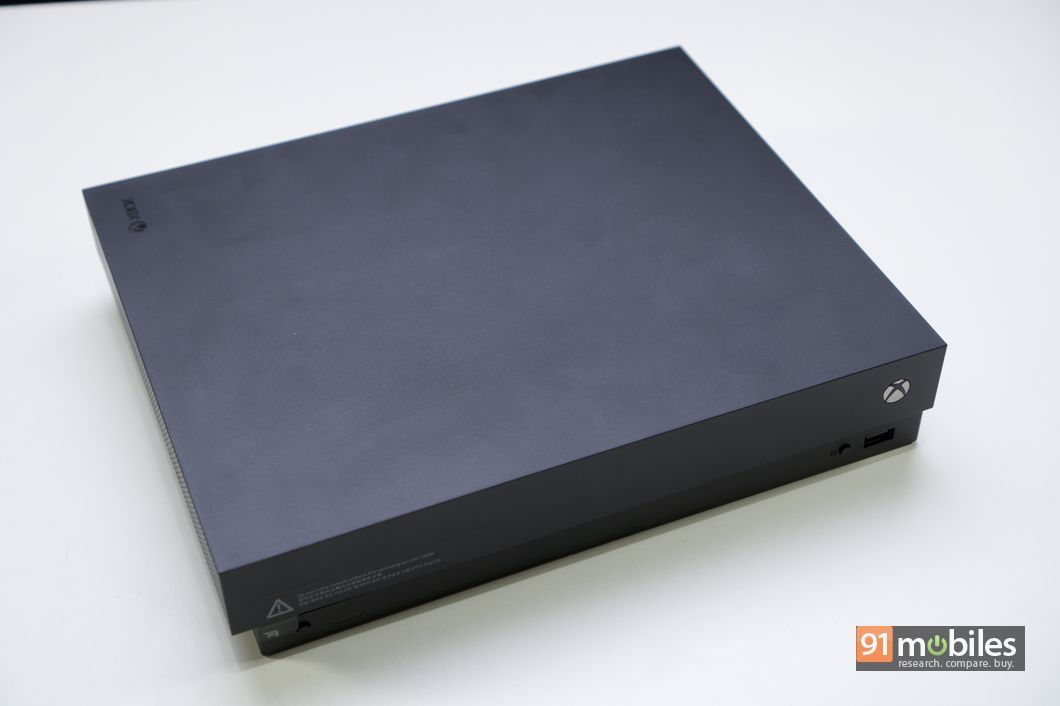 Tanks don’t come in small size, do they? The Xbox One X packs in a lot of horsepower and as you might expect, the chassis does compromise on the size either. Weighing in around 4 kg, the gaming console from Microsoft is one of the heaviest options available in its category and notably bulkier than Xbox One S, its predecessor. If you are the sort of person who likes to carry around their gaming consoles to a friend’s place or elsewhere, the Xbox One X might give you a hard time. We managed to carry the console in our backpack, as the size itself is not that large, but the weight of the console makes it cumbersome to an extent. 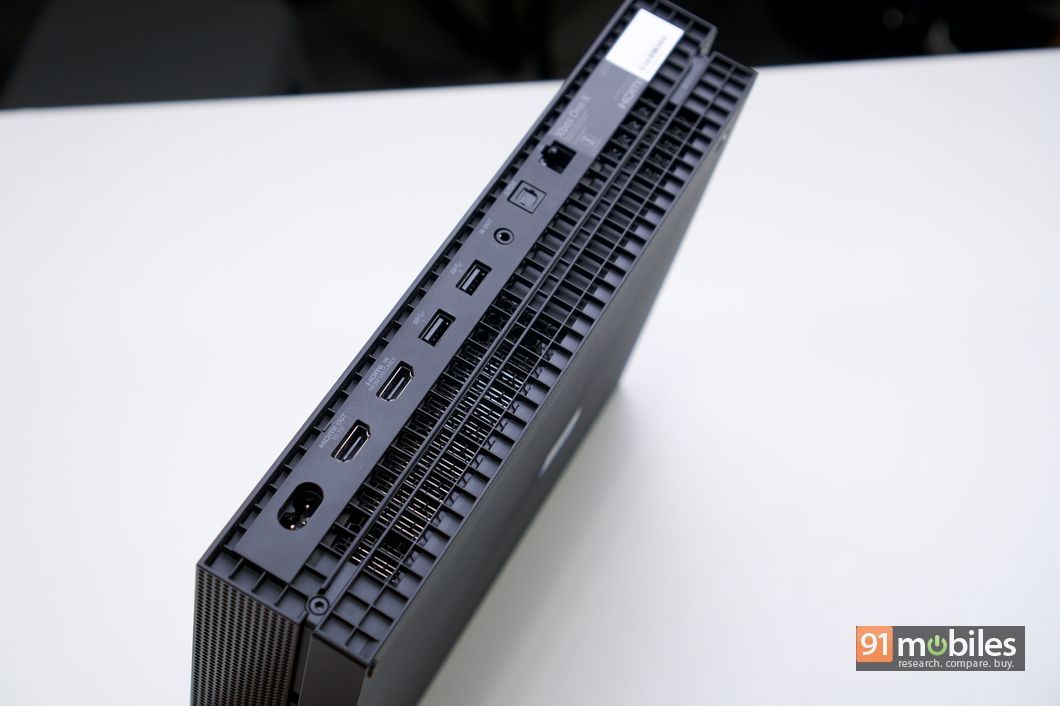 If we talk about the design on the unit, it resembles that of a matte grey-coloured VCR. The rear side of the rectangular box offers several connectivity options, including the charging port, HDMI in and out, an IR out, USB ports, S/PDIF, and the ethernet port. At the front, you have the disc eject button and the Xbox-branded power button. There is also a button for controller connectivity and there is an additional front-facing USB port in case your controller runs out of batteries. 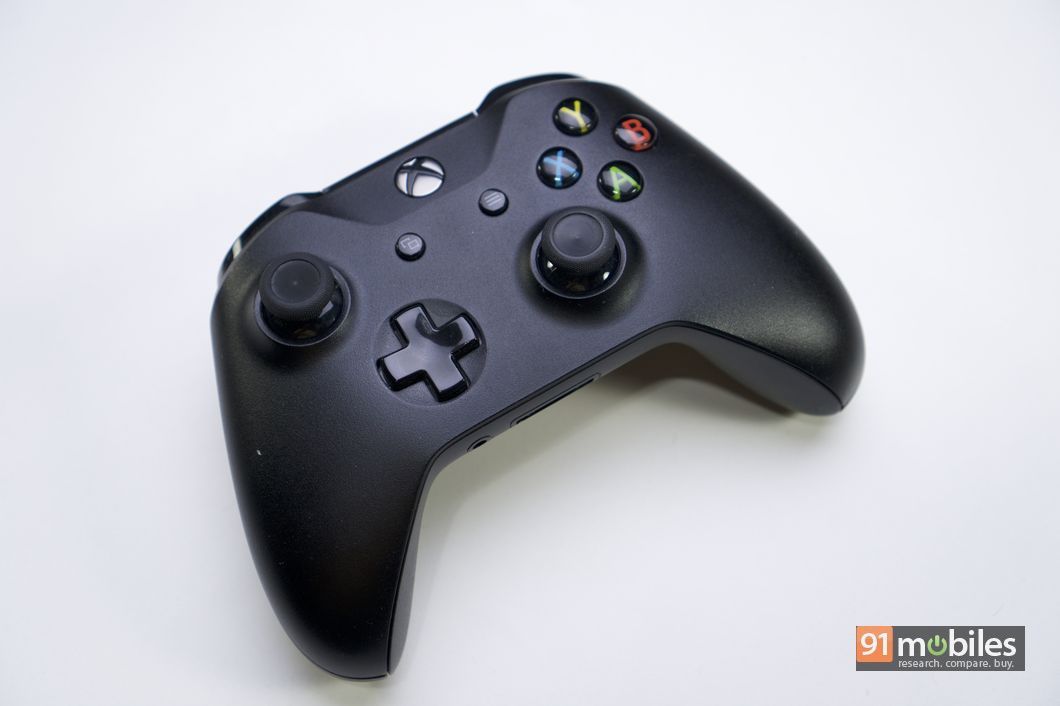 There is a reason why Microsoft has been constantly promoting the Xbox One X as the “world’s most powerful gaming console.” This is because the company’s claim is validated with the console’s hardware, which is notably ahead of the competition. The latest entry from Microsoft is powered by an octa-core AMD CPU that is clocked at 2.3GHz. There is 12GB of GDDR5 RAM that ensures Xbox One X does not run out of memory when processing large environments within the open-world games and provide faster load times in general. The console manages to run games natively at 4K resolution and in order to achieve this, Microsoft has equipped the Xbox One X with a 6 Teraflop GPU that takes care of some serious graphics requirements and details. 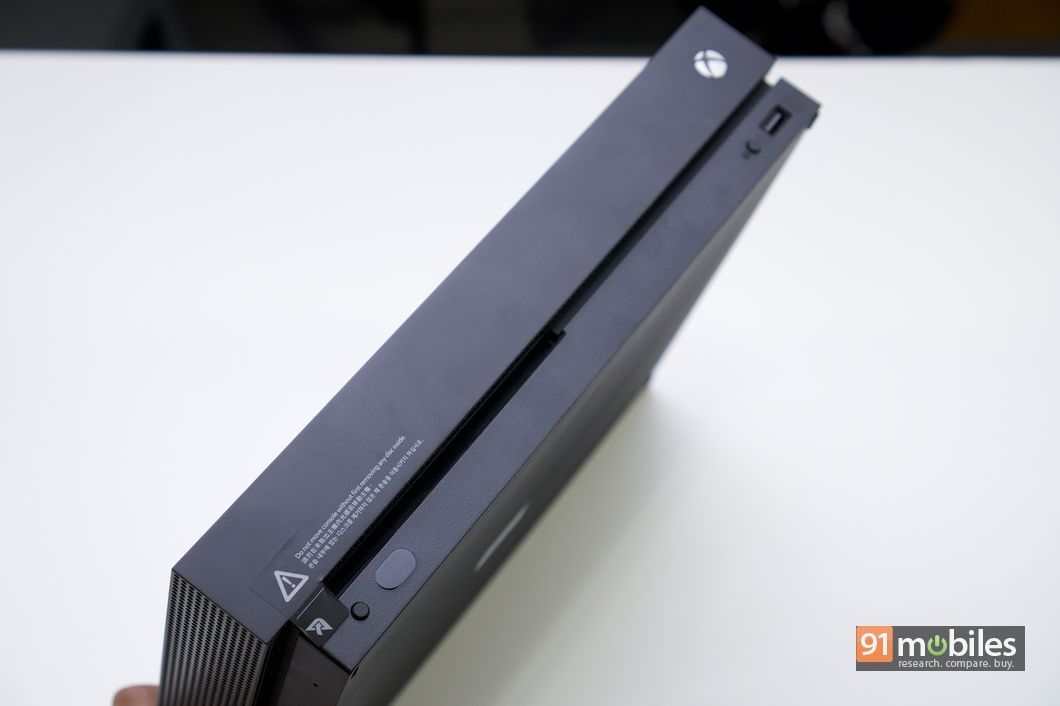 As this level of processing can get things heated up real quick, the gaming console comes with “advanced liquid cooling” and a centrifugal fan to keep the temperatures under control. There is 1TB of HDD storage on board and 8GB of flash memory. The console comes with support for the currently trending HDR10 format. To put it simply, the Xbox One X doesn’t feel dated even after a year of purchase. In fact, the processing prowess of the console would future-proof your gaming requirements as well as other multimedia content. Treating the Xbox One X as just a gaming console would be huge injustice as it works as an overall centre stage for your entertainment needs.

The difference from Xbox One

In order to understand the difference that Xbox One X brings along, we tried to test the console against the Xbox One on a full HD panel first. We played FIFA 18, which is one of the few titles that come with the ‘Enhanced’ branding, on a 49-inch FHD TV on the Xbox One X as well on as the regular Xbox One. For those who are unaware, the ‘Enhanced’ branding implies that the developer has put in the extra work to make a particular game optimised and take full advantage of the advanced hardware offered by the One X. Unfortunately, apart from a few cutscenes, there was not much of a difference that we could observe in the graphics and textures offered by the Xbox One X over the original console. The difference became negligible when we decided to play the titles that did not have an ‘Enhanced’ branding. Now, we decided to test the console at its home field. We connected the One X to a 42-inch 4K VIZIO panel and the difference was obvious from the word go. The textures appeared smooth, the game looked better and we definitely felt that we were playing the game on a superior hardware. 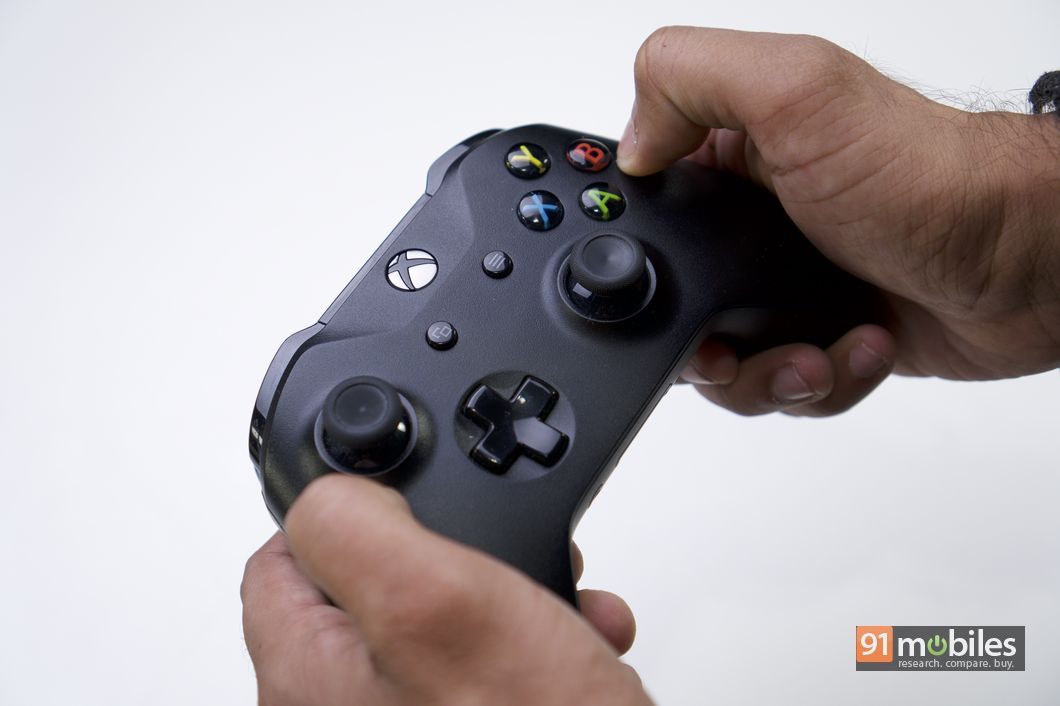 This difference continued with the Rise of the Tomb Raider, where the character model, as well as vast open environments, were rendered brilliantly and the loading times were bearable, which is a compliment in itself. If you have played on gaming consoles before, you would know how irritating the loading times can be. With the Xbox One X, even though the loading times are still not on par with gaming PCs, they are definitely much faster than before.

It is important to clarify that out of the 130 odd game titles in the account library that we used, there were just around 15 titles that featured the Xbox One X Enhanced branding. This might be the case for most users as of now but going ahead, you can expect almost all titles to come with this branding, so this should not be a huge problem.

The Xbox One X is a future-ready console that can easily work as a multimedia hub for your living room. If you have ever invested in a dated technology before, you would understand the pain of upgrading your device soon afterwards. The gaming console from Microsoft definitely comes at a premium price, even when compared with Sony’s PS4 Pro, but the hardware at offer is almost worthy of the tag. 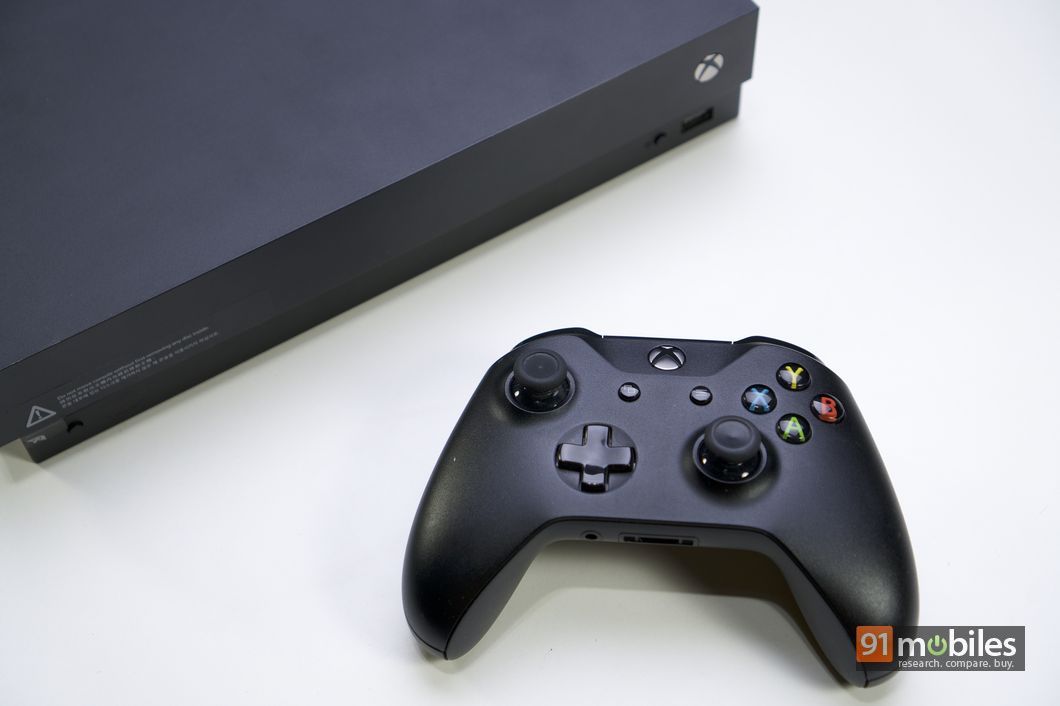 If you already own an Xbox One, there is no immediate need to upgrade to the Xbox One X unless you have a 4K TV and can’t resist playing your favourite games at a higher resolution with improved graphics. However, if you own a full HD TV, we would recommend you to first upgrade your TV before thinking about buying the Xbox One X. For first-time buyers, the One X, priced around Rs 39,000 currently, is not just a powerful gaming console but also makes sure that you can watch Netflix and other streaming services at 4K resolution. Thereby, you will easily be able to make the most out of the money spent on the console.

There is no denying the fact that Xbox One X packs in some seriously powerful hardware. Microsoft has come out all guns blazing with its gaming console, that can easily act as the multimedia hub for your living room as well. As gaming consoles have a usual lifespan of several years, the sales performance of Microsoft’s offering would also depend largely on the exclusive titles that come its way. With God of War and Uncharted series, Sony has a slight edge in its favour but the cross-platform play and consumer-friendly behaviour from Microsoft might just pull a certain section of gamers to the platform. If you want to play games at 4K resolution without any compromise in terms of frame rates, in our opinion, the Xbox One X is definitely worth checking out.