“Time to say goodbye to the headphone jack. Almost.”

The whole world was up in arms (and still is) against Apple’s decision to remove the headphone jack from its newest iPhones. One headphone manufacturer – Audeze – saw this move coming (sort of), made a headphone called the Audeze Sine with a special Lightning cable and a dedicated digital-to-analogue (DAC) convertor within the inline remote. While Audeze may not have the clout or the mainstream appeal of a Beats or a Bose, the American headphones manufacturer is a revered brand in the audiophile community and deservedly so. 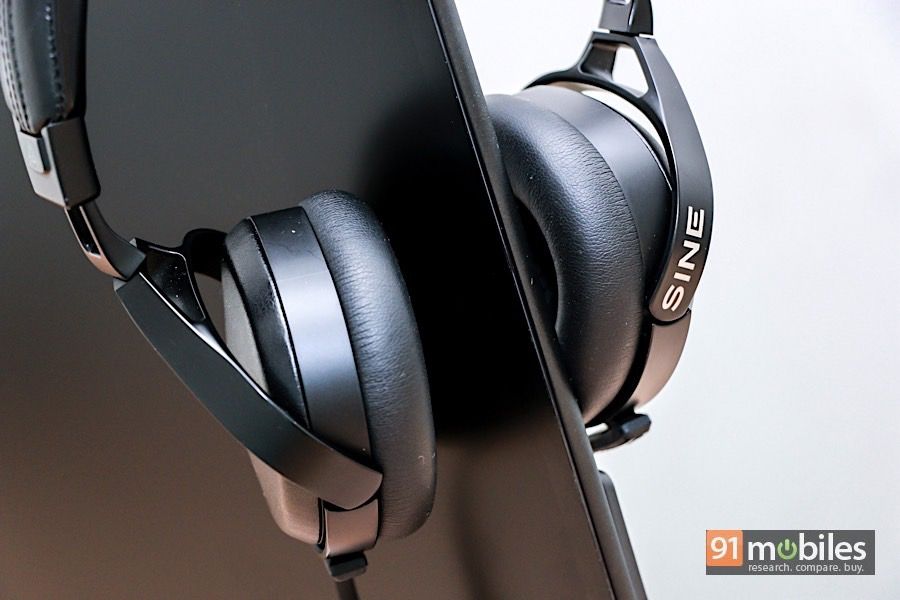 While the dedicated Lightning cable might look like the USP of the Audeze Sine, it really isn’t. What makes the Sine special is the fact that Audeze has managed to make a pair of on-ear headphones with planar magnetic drivers using materials that are used by NASA. Yes, the same NASA that sends scientists into space to try and colonise Mars. By the way, if you are wondering what the heck are planar magnetic headphones, just head over to this extremely scientific and accurate explanation of the tech. And, to know if the Audeze Sine are worth your hard-earned Rs 40,000, read the rest of the review.

Have you seen BMW’s i3 and i8 concept cars? These futuristic-looking cars are designed by Designworks, which is a part of BMW group of companies. Audeze uses the expertise of Designworks to manufacture the Sine headphones, and it shows in their fit and finish. The all-black Sine is a sight to behold. Audeze has used a copious amount of metal and wrapped it in plush leather. The stitched finish that runs the entire length of the leather-wrapped headband adds to the exquisiteness. The Sine comes with two separate cables – a Cipher (Lightning) cable and one with a more mainstream 3.5mm jack. The cables are flat and thick, making them one of the toughest we’ve ever used but do note that this adds to the weight. Thankfully, there is no cable noise to ruin your music listening experience. Both the cables have separate plugs that connect to the left and right channels making them easily replaceable as well, which is a godsend in case your cable snips.

The advantage of the Cipher cable is that it uses an independent Digital to Analogue convertor (DAC) inside the inline remote that entirely bypasses the DAC used by the Apple iPhone 7 / 7 Plus (review)  itself. What’s great about this you ask? Well, the DAC is a component inside audio electronics that can convert the digital signals from any kind of audio files (mp3, flac, aac, etc) into analogue sound which is than transmitted through the headphones. With the Sine, Audeze has the opportunity of making a better quality DAC than the one inside the iPhone; well, we know for a fact that it can parse 24-bit high bitrate files. And, we can tell you with utmost confidence no audio brand worth its salt would want to pass up on that opportunity. 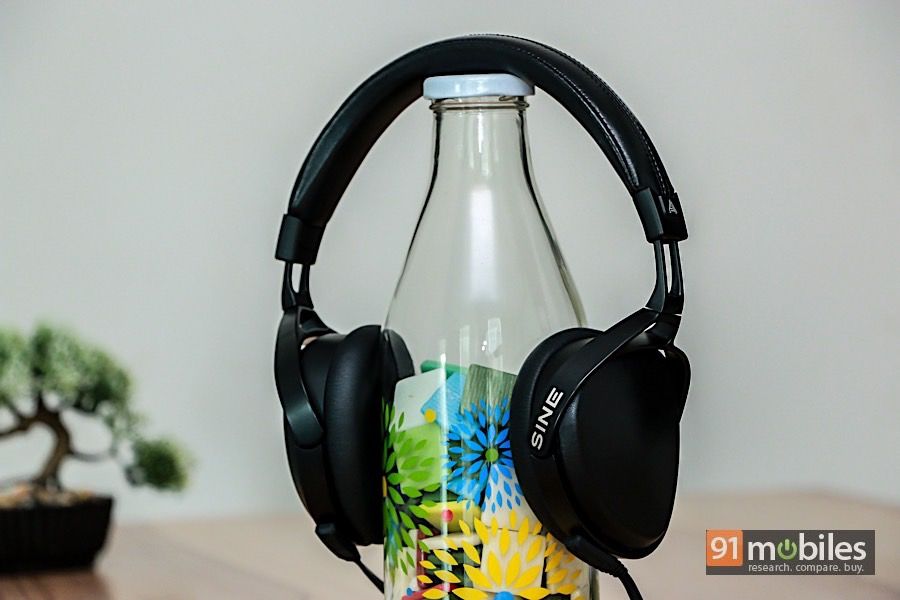 The moment you plug in the Cipher cable to your iPhone it will throw a prompt on-screen asking you to download the Audeze app. The app is a threadbare affair for now with the option to only adjust the equaliser settings of your headphones, which is a perceptible change. However, Audeze has promised to bring more updates to the future to the Cipher cable. The other advantage of using a Cipher cable is that it has a dedicated amplifier that can be used for more power, meaning more volume. This was evident in our testing as the Audeze Sine was perceptibly much louder when we used it with the Cipher cable. As is the case with most planar magnetic headphones, the Sine have a very low distortion of less than 1 percent. Moreover, the Sine’s drivers can operate in a frequency range of 10Hz to 50kHz – a range you will generally not see on headphones with dynamic drivers. The pretty low impedance of 20ohms is vital considering the Audeze Sine is made for portable equipment like smartphones.

Forget all the technical mumbo jumbo, all you need to know is that if we had to consider only the specs the Audeze Sine would possibly be our pick for the best headphones but like we all know by now that technical specifications on its own don’t mean anything. 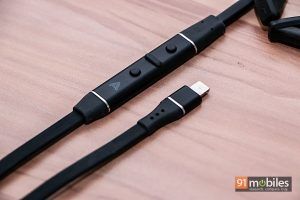 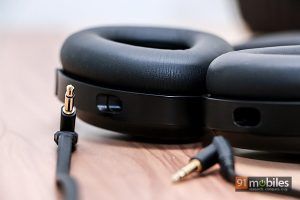 Before we delve into the sound quality, let’s take a look at the fit. By definition, the Audeze Sine is a pair of on-ear headphones but in all honestly the size of the earcups fall somewhere between an over-the-ear pair of headphones and an on-ear one. What we noticed is that the cavity in the inner part of the earcup is large enough to fit small ears with a fairly good amount of padding around the ears. However, for anyone with normal-sized ears or larger will have to contend with an uncomfortable fit. In fact, it becomes worse in case you wear prescription glasses – it heightens the discomfort to an extent that even listening to music for 30 minutes using the Audeze Sine is a tough task. In any case, the clamping pressure is quite high making it difficult for anyone to use it for more than an hour. But there’s one thing to note here, the fact that Audeze has managed to cram in rather bulky planar magnetic drivers inside the Sine means that we can live with a little discomfort because this is futuristic stuff right here. If we had to draw a vague comparison, think of the Sine as the mirrorless camera and the EL-8 – a full-sized pair of over-the-ear Audeze headphones – is the DSLR.

The headphones don’t come with active noise cancellation but they do manage to cut out a decent amount of surrounding noise. We decided to hook up the Sine to three different sources: a MacBook Air, an iPhone 7 Plus, and a FiiO X3 2nd Gen. From the outset what it is immediately apparent that the Audeze Sine is has a very dark sound signature with an almost non-existent sound stage. What this essentially means is that the sound feels like it is coming from inside your ears without any sense of space whatsoever. The soundstaging definitely improved with the Cipher cable and when we hooked up the Sine to the FiiO X3 2nd Gen. This is where all our complaints with the Sine end. 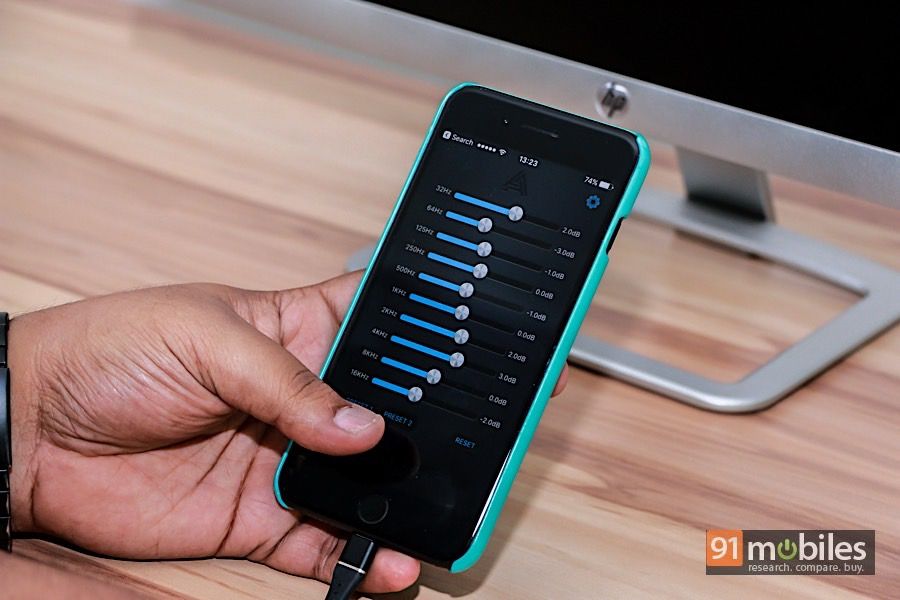 The Audeze Sine has a typically U-shaped sound, which means that it has an added emphasis on the lower frequencies. The bass response is tight and the fact that we could listen to some really pronounced thump from the sub-bass sounds in Jai Paul’s BTSTU is testimony to the fact that the Sine’s sound quality is some of the best out there. Moreover, if you are someone who listens to a lot of acoustic music with an added emphasis on vocals you are going to love the Sine because of its very impressive performance in the mid frequencies. Additionally, the instrumentation – or the fact that you can listen to every individual instrument in the song is heard clearly – is pretty darn good on the Audeze Sine. This is evident from the fact that Arctic Monkeys’ Do I Wanna Know – a song that is heavy on percussions, guitar riffs, and vocals in its final crescendo – sounds really crisp with a studio-quality precision in all the sounds. The fact the you can adjust the EQ to your liking is also an added advantage. The microphone is great for phone calls too.

Overall, the Audeze Sine’s planar magnetic drivers do produce a wonderfully detailed and accurate sound signature with almost no distortion whatsoever. Only if the sound was a little more open and the clamping force wasn’t so hard, we’d have the perfect headphones. 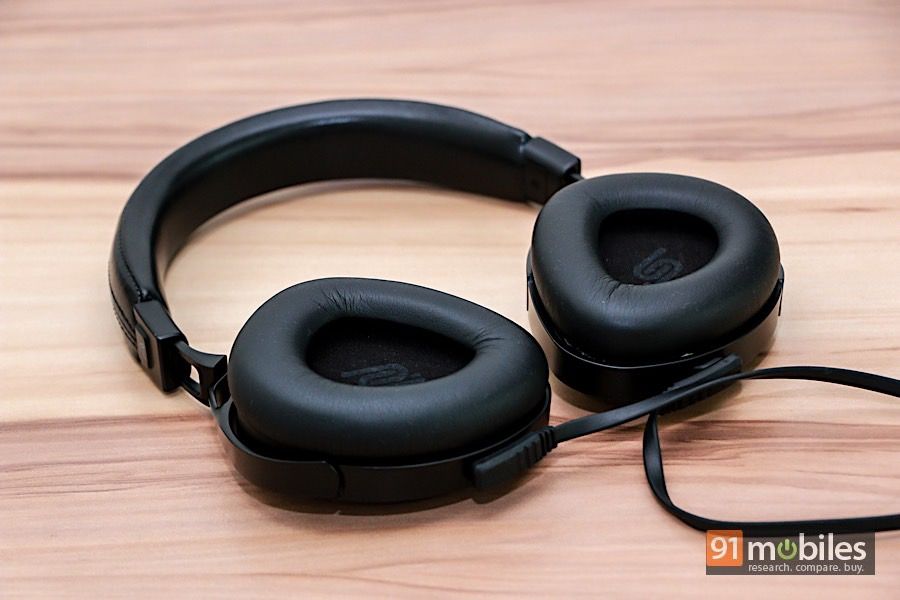 The Audeze Sine costs Rs 34,999 for the regular variant and you will have to fork out an additional Rs 5,000 for the ones with the Cipher cable. While the Sine is a great option even for those who don’t own an iPhone 7 or 7 Plus, the high asking price is a major deterrent. You can get for really good dynamic driver headphones like the Audio-Technica ATH MSR7 (over-the-ear) or the Grado SR80e (on-the-ear), with a much better soundstage, for much cheaper. Now, when you consider the Cipher cable we might have to reconsider that assessment. The Lightning connector sort of provides a compelling reason to consider the Audeze Sine thanks to the improved sound quality. It makes more sense especially if you own an iPhone and can afford to sell the other kidney. Well, quality does come at a price and the buying the Sine is like buying a Ferrari for the lack of a better analogy.