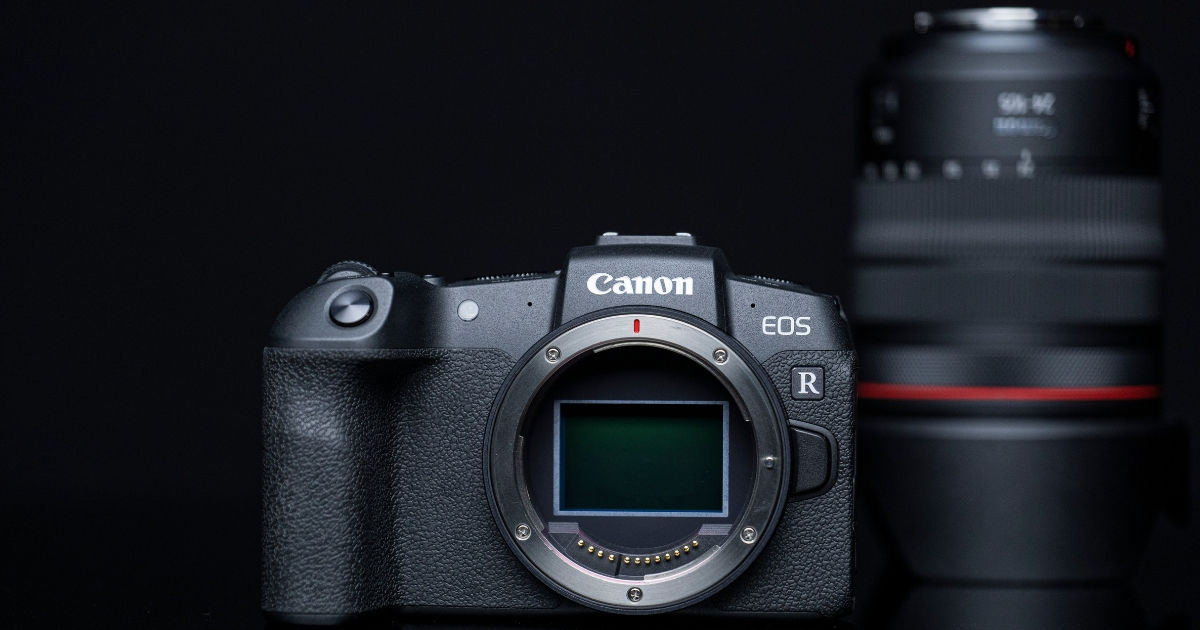 Canon might be a late entrant to the mirrorless camera segment, but the company is trying to make up for lost time rather quickly. Earlier this year, it took the wraps off an affordable sibling to its flagship full-frame mirrorless offering – EOS R (review). Dubbed the Canon EOS RP, the device is priced at Rs 1,10,495 (for the body only), making it the most affordable mirrorless shooter with full-frame capabilities. But is that its only claim to fame, or does it warrant a purchase? Well, that’s what I’m here to find out. So without further ado, let’s kick this review off. 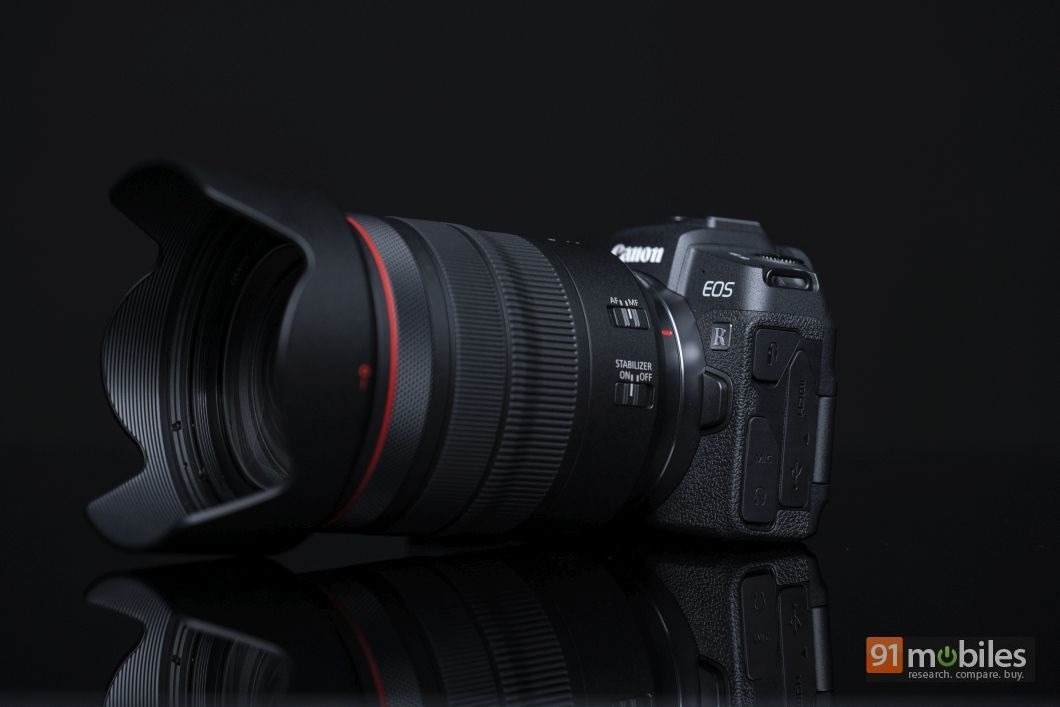 The EOS RP is unmistakably Canon, right from the design to the controls on offer. Thanks to its mirrorless nature however, not only is it compact, but quite lightweight too as it tips the scales at just 485g (for the body only). The compact build also helps aids grip, which is complemented by rubberised texture up front. 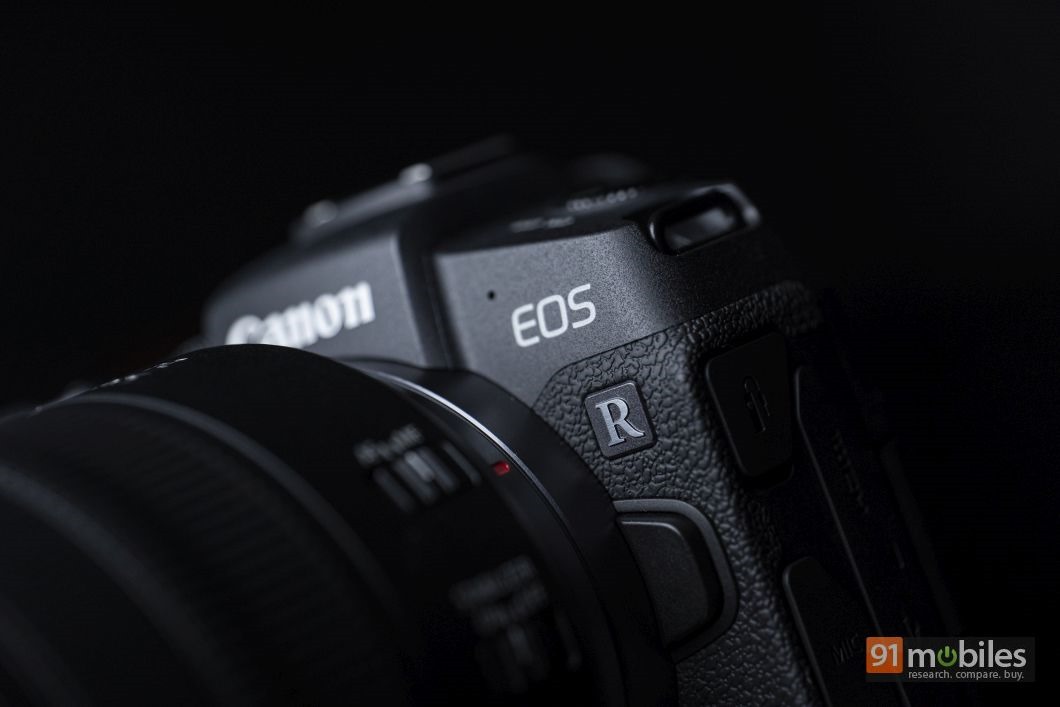 On the Canon EOS RP, there are minute differences in terms of controls. The on / off dial is located on the left up top, just beside the hot shoe mount, instead of being available on the right. This side is choc-a-block with options though, with a shutter button ahead on the front, multi-function button, ISO dial, video recording key and a dial for locking the controls. Then there’s mode dial too, which along with offering the usual modes, also lets you save three customised modes. Getting used to these controls hardly takes time. 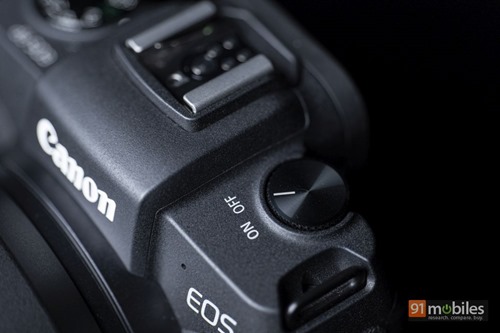 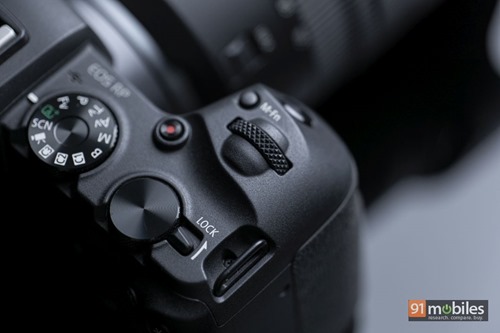 Towards the front as well, there are certain changes on the EOS RP. The menu key is on the left, while the right side holds Autofocus toggle, Exposure control, the button to adjust metering modes, info key, four-way D-pad with Set button in the center and preview and delete keys at the bottom. 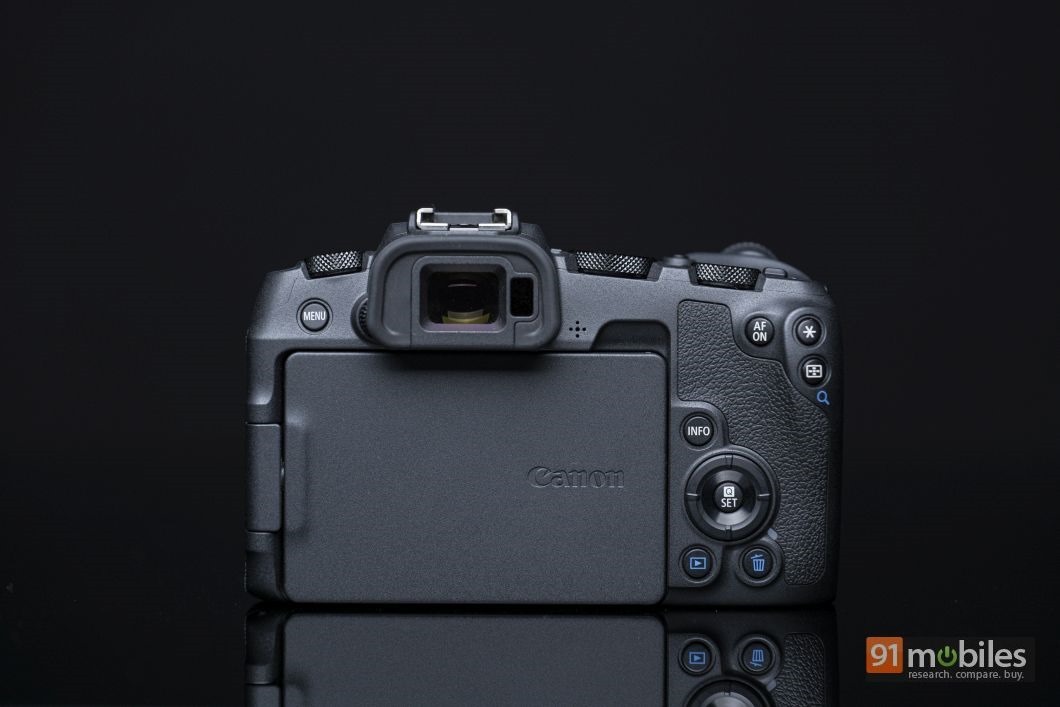 The screen measures 3-inches and bears a resolution of 1.04-million dots. With its vari-angle capabilities, you could use it in any angle, which ensures that you can get creative while framing your shots. The EOS RP’s touchscreen responds quickly, and the display has ample brightness levels and hence can easily be read outdoors. 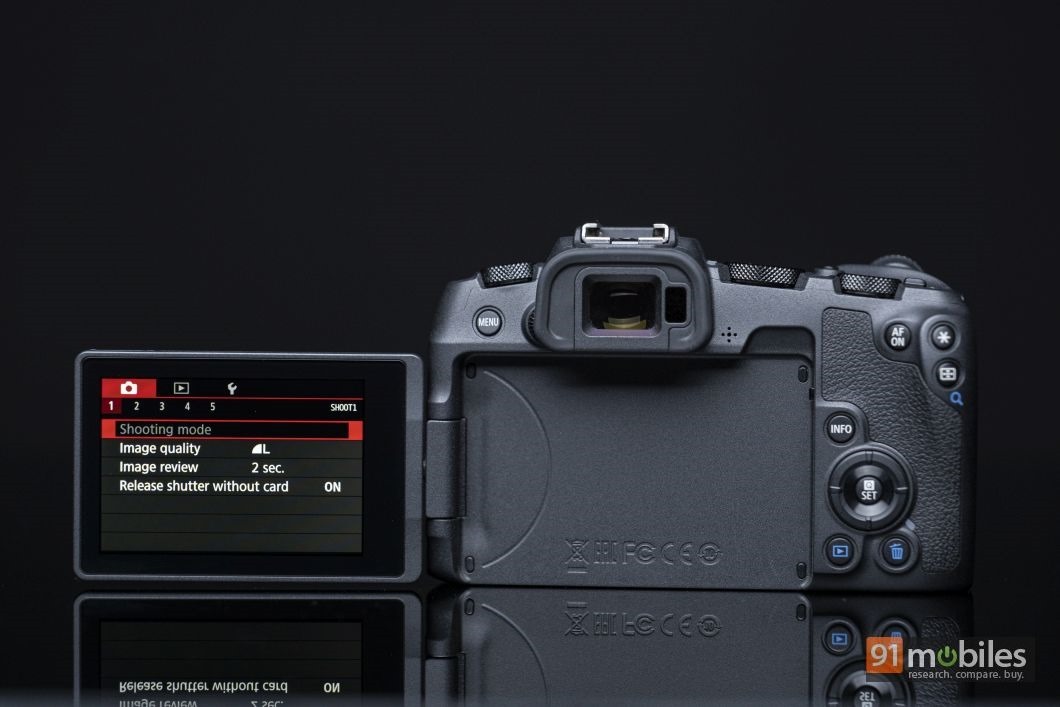 The OLED viewfinder on the other hand, has a resolution of 2.36-million dots. The IR sensor beside it switches the view between the viewfinder and Live view.

All ports are placed on the left spine and are secured by flaps. You’ll find the HDMI port and charging socket, flash sync terminal, and a microphone and a 3.5mm earphone interface. 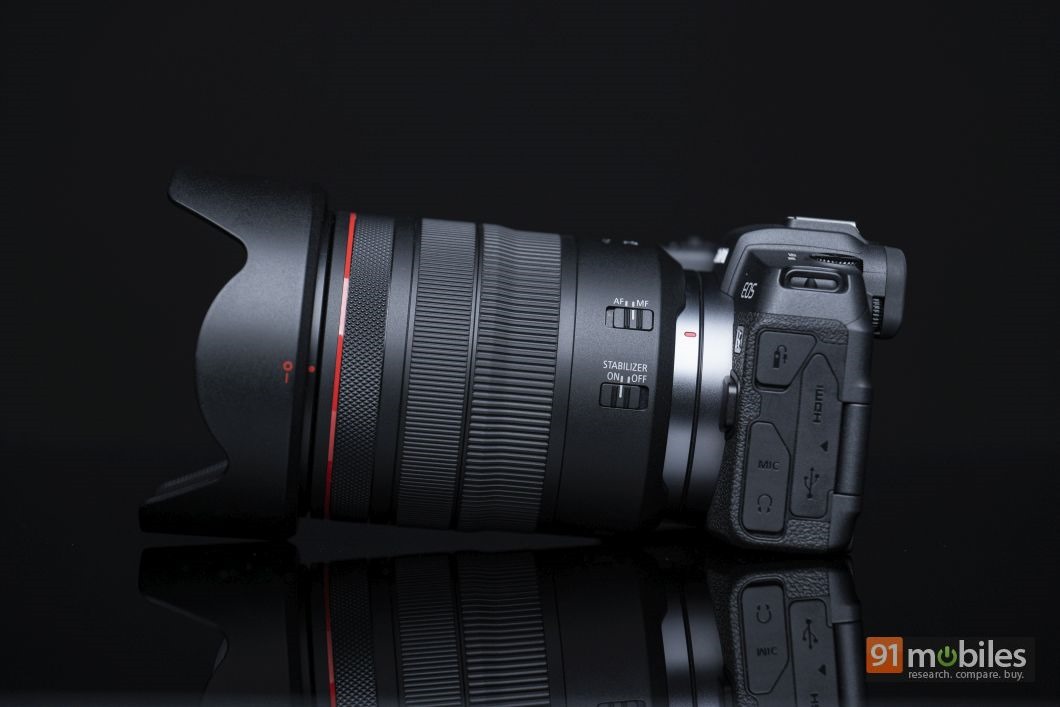 The bottom sports a tripod mount and housing for the battery and an SD card.

In terms of specs, the Canon EOS RP comes equipped with a 26.2-megapixel CMOS sensor. The image processing is handled by the latest Digic 8 processor. The shooter gets dual-pixel autofocus with 4,779 autofocus points. One good thing is that the device comes with Eye AF, something that was missing on the EOS R. For continuous shooting, the device can shoot at 5fps with one-shot AF, while with Servo AF, it comes down to 4fps. Similar to the EOS R, the RP misses out on in-body image stabilisation, which means you’ll need to rely on lens stabilisation. 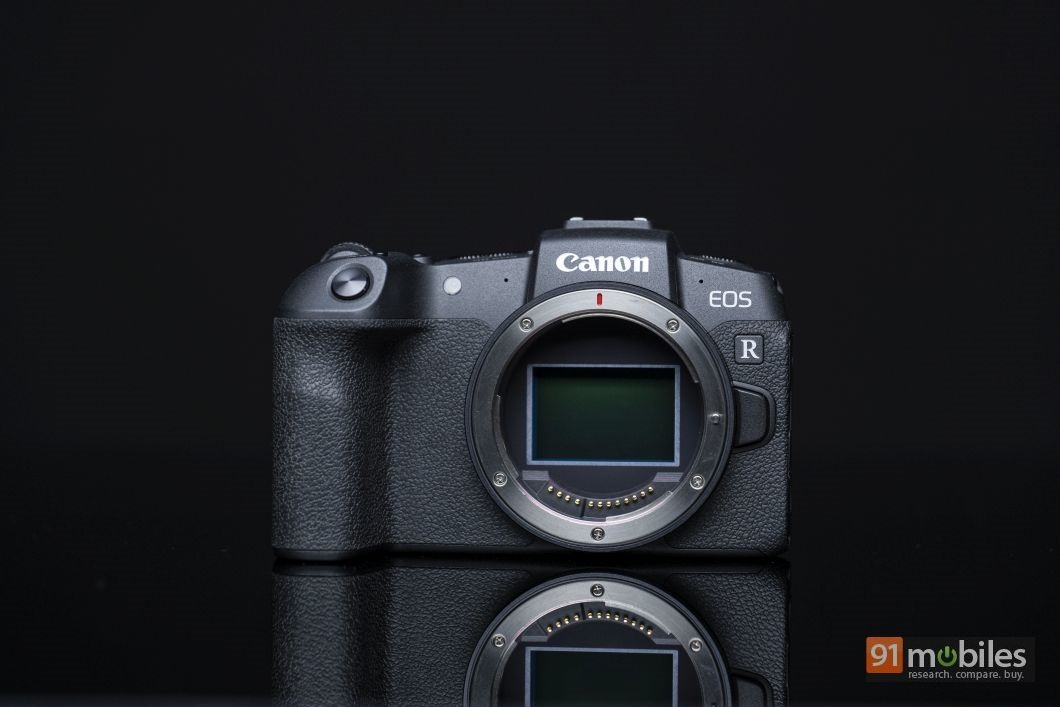 Speaking of that, the EOS RP supports Canon RF mount lenses. Similar to the EOS R, I tested out the 24-105mm lens with its sibling. The lens comes with a switch between autofocus and manual focus, a toggle for stabilisation and for the lock when it’s not being used. However, upon using this lens, the compactness of the mirrorless camera goes sideways. That’s because the combination takes the total weight well over a kg, which isn’t too comfortable for long shooting sessions.

All that means that Canon’s EOS RP brings serious imaging prowess to the table. Daylight shots are quite detailed with impressive colour reproduction. I’ve always been pleased with the colours captured by Canon cameras, and the same remains the case with the EOS RP as well. The close-ups are very good too, with the device offering a well-defined bokeh effect as well. Shots taken in the low-light are decent, though noise does creep in. My only gripe is the low speed in continuous mode which makes it a little difficult to capture fast-moving subjects, though the Eye AF does come in handy while shooting portraits.

For videos, the EOS RP can shoot in 4k resolution, but don’t get too excited. Just like its pricier sibling, the clips are heavily cropped with a factor of 1.6x. The footage is recorded at 25fps, which isn’t really smooth and moreover, the DPAF doesn’t work in UHD mode, and instead, uses Contrast Detection autofocus, which is quite slow. Full HD videos however, work quite well as it utilises DPAF. While there’s no IBIS, the electronic stabilisation does a decent job.

Connectivity-wise, Canon’s most affordable mirrorless offering comes with Bluetooth and Wi-Fi. This means, you could use the Canon Camera Connect app to instantly transfer images, and even use your smartphone as a remote viewfinder. 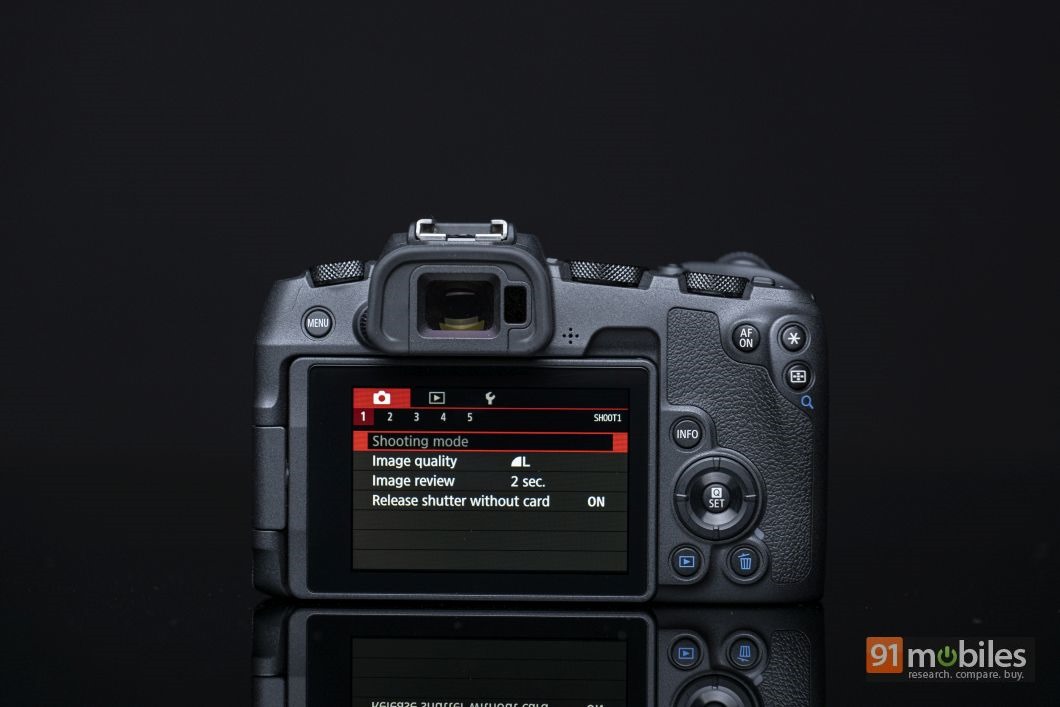 In the battery department, the EOS RP ships with the LP-E17 pack. Interestingly, the brand claims just 250 stills on a full battery, but in my experience, the device supersedes that. You could juice up the battery with the bundled wall charger, and the good thing is that the shooter can also be juiced up with the Type-C charger.

Without a doubt, the biggest highlight of the Canon EOS RP is its price tag. But if you look beyond the surface, then it’s also its biggest drawback. Don’t get me wrong. The EOS RP is a great option for those who are looking to upgrade their photography skills as it delivers great stills and its usage doesn’t require a learning curve either. However, its sweet price point is only for its body and that means that you’ll need to shell out extra for a lens. The current combination that I’m using would cost you around Rs 2 lakh (the 24-105mm RF lens carries a sticker price of ~Rs 88,000).

For that price, you could easily get much better options, including cameras from the reigning champion of the mirrorless category – Sony. You could go for the A7 III, which can be purchased for lower or the Nikon Z6. Of course, even in the Rs 1,00,000 region, there are some capable cameras in the form of the Nikon D7500, Fujifilm X-T3 and Canon’s own EOS 80D. 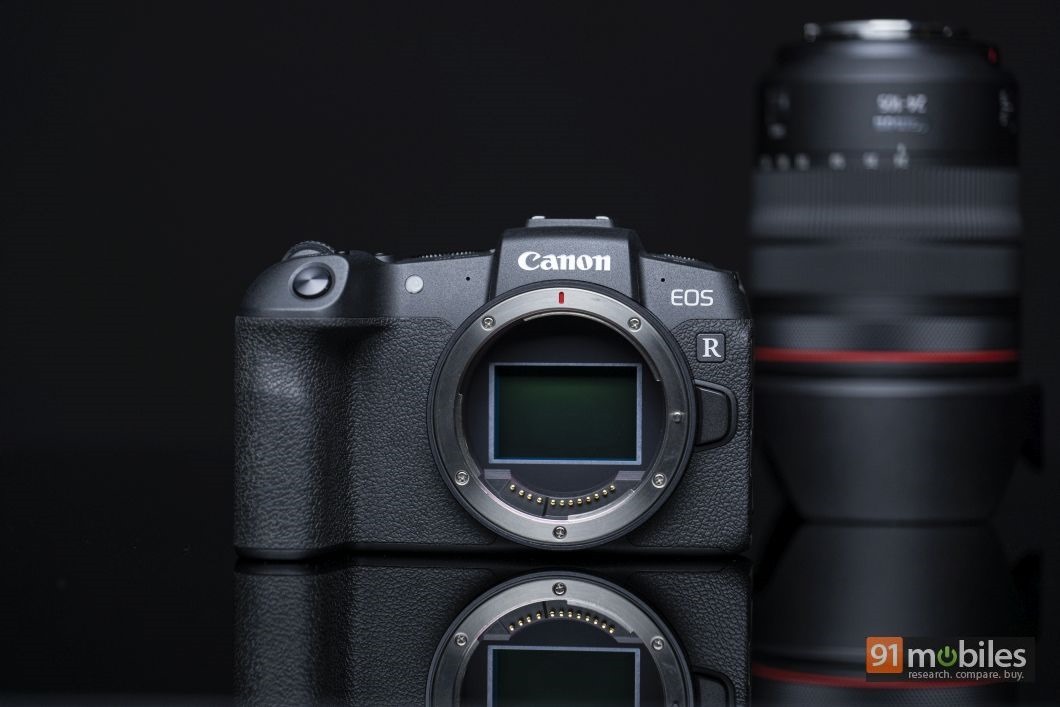 To summarise, the Canon EOS RP may not be for everyone. However, if you’re already invested into Canon’s ecosystem of lenses and are looking for a lightweight shooter that can work with them (by using an adapter) for capturing stills and not so many videos, then the EOS RP is worthy of your attention.