Home Reviews GameSir G3 gamepad review: for when the gaming gets tough

“We take the G3 gamepad from GameSir for a spin” 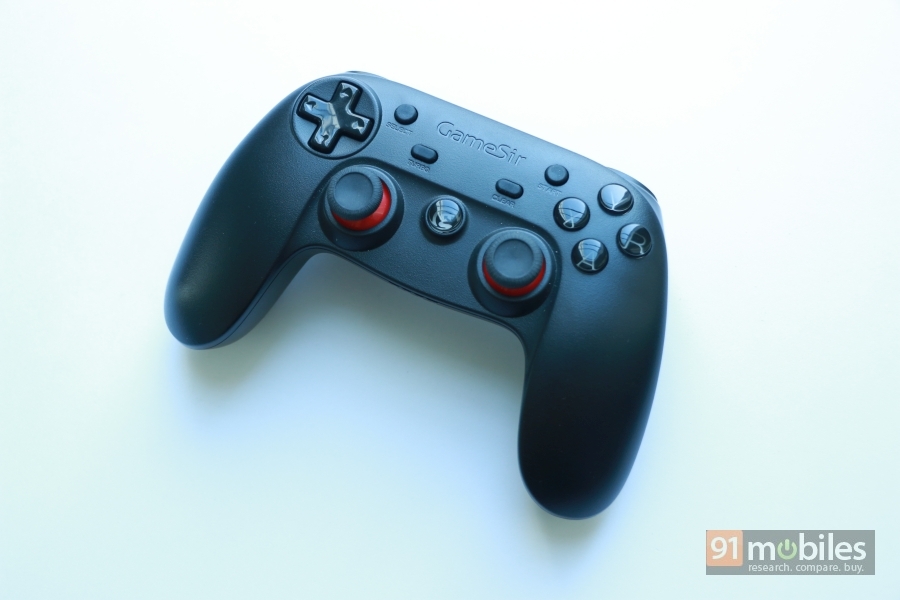 Smartphones have become incredibly powerful over the years owing to which they’ve also become the go to device for gaming on-the-go. In fact, casual gaming on the smartphone has become so ubiquitous that it is being perceived as a legitimate threat to console gaming. While the touch screen of a smartphone is more than enough for smashing some candies or making a bird flap, it isn’t the most accurate option when it comes to games with a more complex control scheme, for example, Gameloft’s Modern Combat 5. Enter GameSir G3 gamepad, a mobile controller designed to make complex games like first-person shooters more approachable. We tested the controller for a while and here’s what we think of it. 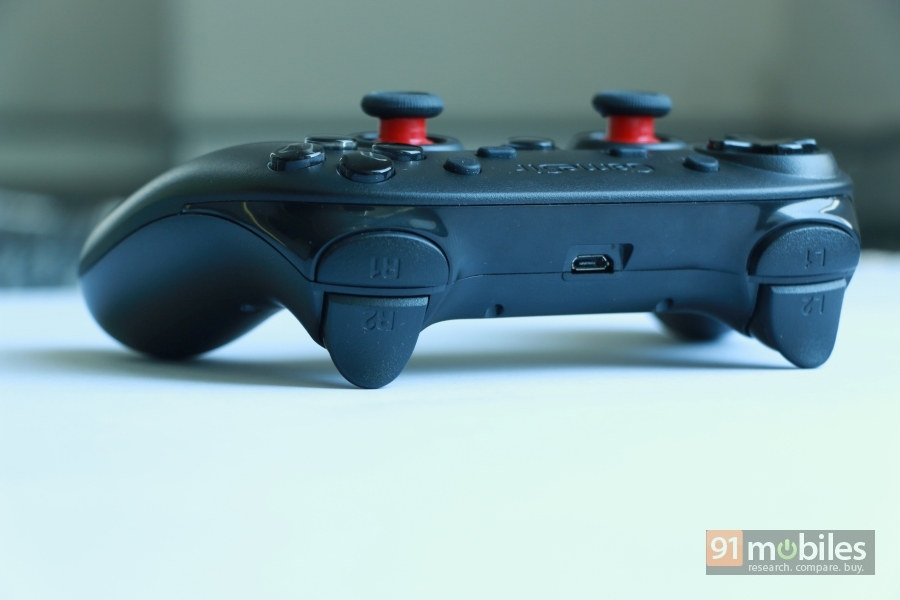 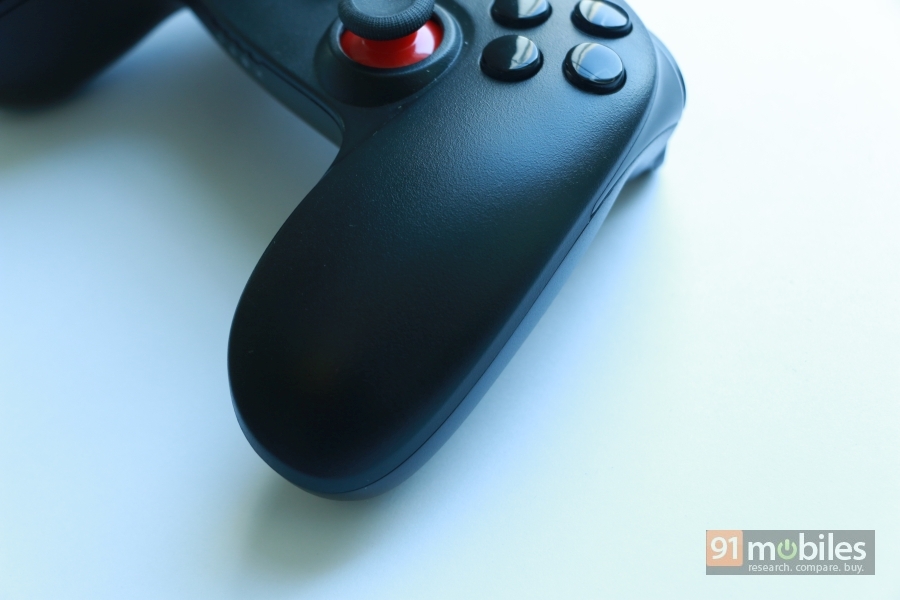 The central part of the gamepad is reserved for start, select, turbo, and clear buttons, along with a big GameSir button sandwiched between the two analogue sticks. The controller also comes with two trigger buttons and two shift buttons up top, similar to the ones that feature on Xbox and Playstation controllers.

The in-hand feel of the GameSir G3 controller is up to snuff, although it could be better. The A,B,X,Y buttons along with the Gamesir button light up when the controller is powered on, which enhance the looks of the G3. If you have used a PS4 or an Xbox controller before, transitioning to the G3 will feel like a breeze. That being said, the plastic finish of the controller increases the chances of it slipping from your hands. However, the rubberised grip on the analogue sticks are a good addition but the wobbly D-pad takes some of the fun away from the G3 while gaming. 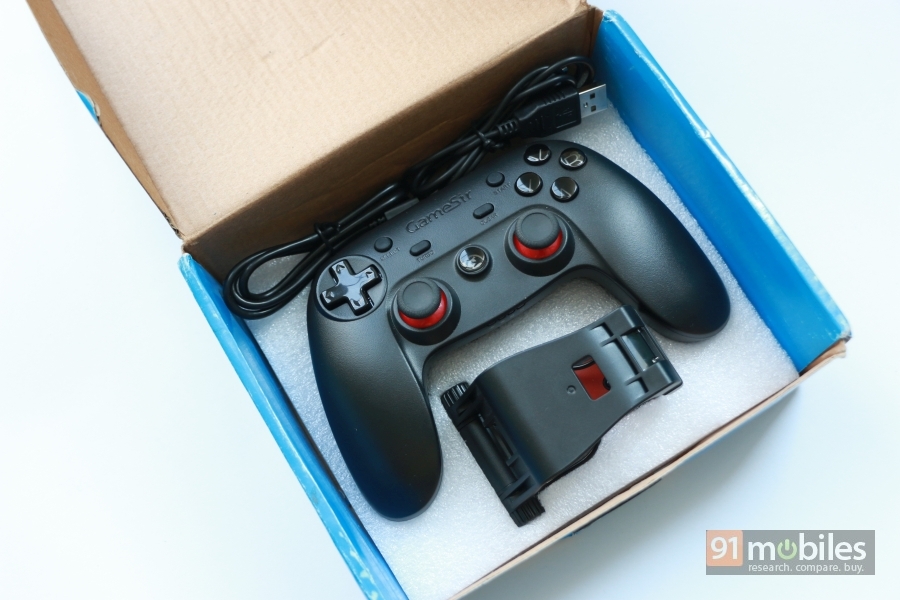 Coming to the accessories, users get a detachable clamp which can be used to clip a smartphone to the controller, and an additional Micro-USB-to-Micro-USB connector, which can be used create a wired (analog) connection between the G3 and your smartphone. 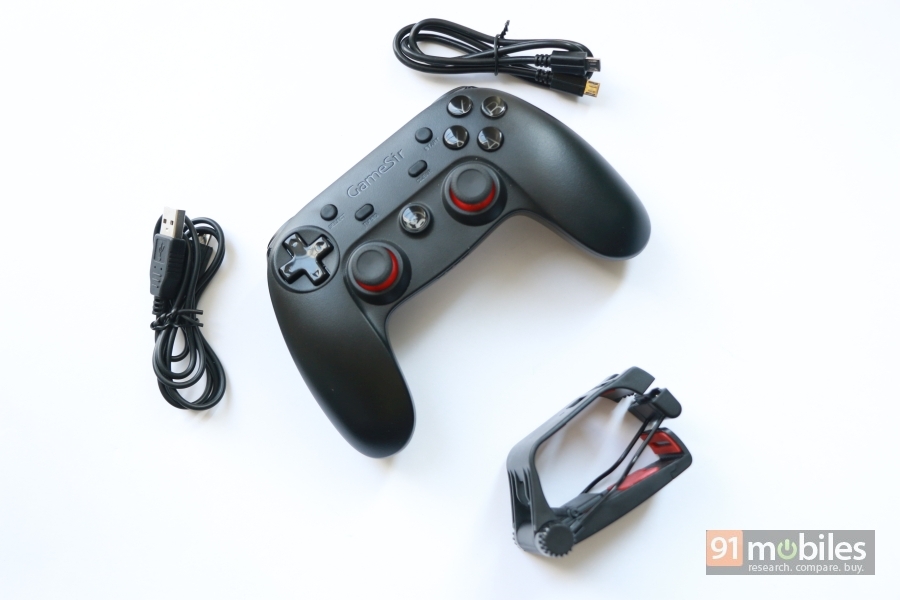 The detachable clamp is made out of plastic and its clipping mechanism is extremely flimsy and delicate. Therefore, we’d recommend users to take extra care when slapping their smartphones to the G3. While a standard microUSB cable was provided, the G3 didn’t ship with a charging brick so buyers will have to use their smartphone chargers to juice up the controller.

The GameSir G3 uses Bluetooth to pair with Apple and Android powered smartphones. While the pairing process seems fairly simple, it took us quite a few tries and ”pairing rejected” pop-ups to get the controller up and running. Although the G3 connects to Apple devices as well, it didn’t function properly on our iPhone 7 Plus (review) even after we manually switched the control mode within several games to use the gamepad. Also, every time the controller was switched off and turned back on, it refused to connect to our devices automatically and we had to go and select the G3 gamepad from the Bluetooth settings. 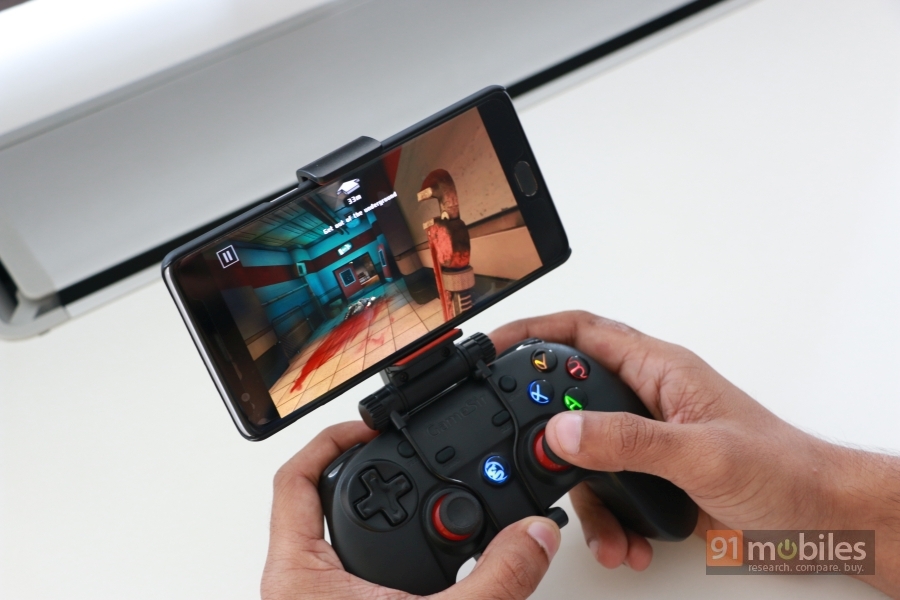 However, the gaming experience on Android phones – the OnePlus 3 (review) and the ASUS Zenfone 2 in our case – was seamless and made up for all the pairing issues initially. We tested the G3 with games like Asphalt Extreme, Dead Trigger 2, and Pac-Man. Asphalt Extreme felt like a match made in heaven paired with the G3 and we were able to execute all our drifts and turns with excellent accuracy using the controller. Shooting zombies in the head in Dead Trigger 2 was a lot of fun too. 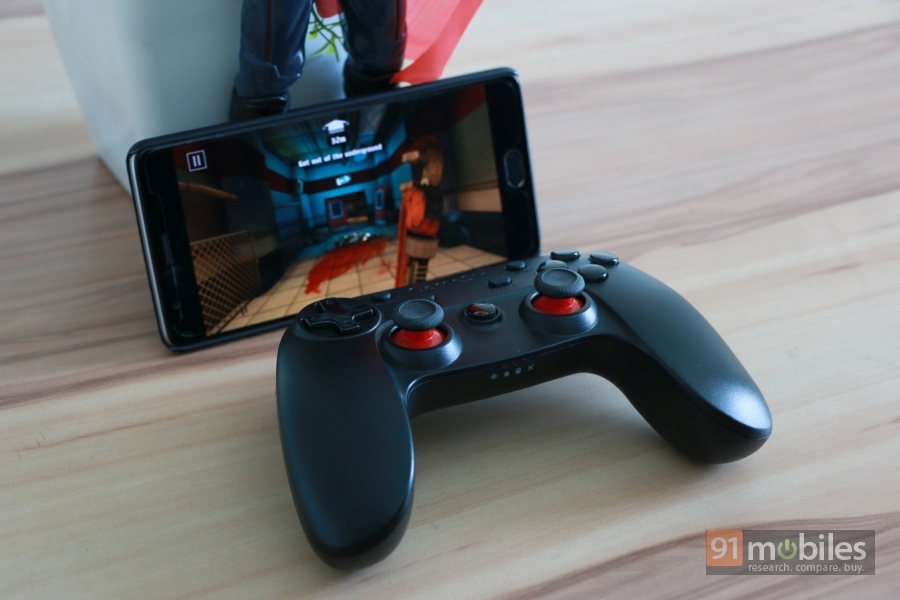 Be it the intense action sequences which required killing multiple zombies or switching between weapons while simultaneously moving, all the controls felt fluid and responsive. However, we would like to point out that unlike Asphalt Extreme, we had to manually assign controls to the G3 before playing Dead Trigger 2. Playing a platformer like Pac-man however, wasn’t as much fun owing to the mushy D-pad and we ended up being constantly eaten up by the ghosts.

Retailing for just Rs 2,199 on Flipkart, the GameSir G3 is a great accessory for gamers on a budget. If you can make do with the mushy D-pad and the plasticky build, then the G3 is a steal as it supports most of the games on Android. The 600mAh battery within the controller is excellent as well and should last you at least two weeks on a single charge. However, if you own an Apple device we’d recommend you to steer clear of the G3 and opt for some other MFi-certified controller, which will pair seamlessly with your iOS device.

Gamesir X3 Review: The Near Perfect Gamepad For Android