When it comes to playing games on smartphones, I still prefer having physical buttons and analog sticks to play some of my favourite games, and the Gamesir X3 fits that requirement perfectly. Whether you choose to emulate, stream or play single-player games on smartphones, you will eventually need the perfect accessory to avoid the cumbersome touchscreen gameplay. This is where USB-C gamepads fill that void and deliver an experience very similar to the Nintendo Switch. While USB-C gamepads like the Razer Kishi and previous products by Gamesir do exist, the X3 might just be the best implementation of the periscope controller for smartphones. After using the Gamesir X3 extensively for about two weeks, here’s what we think about this gamepad:

The Gamesir X3 has been built to last longer and get battered by players who want to play competitive games like Call of Duty Mobile or their favourite RPG. The face buttons are surprisingly satisfying to click, and the trigger buttons feel fantastic to use for shooter games. Having said that, the material used for the main body of the gamepad uses plastic as a material which could turn off some users. However, on the flip side, the material is directly responsible for keeping the gamepad light as there is some considerable weight added to the gamepad because of the cooling fan. 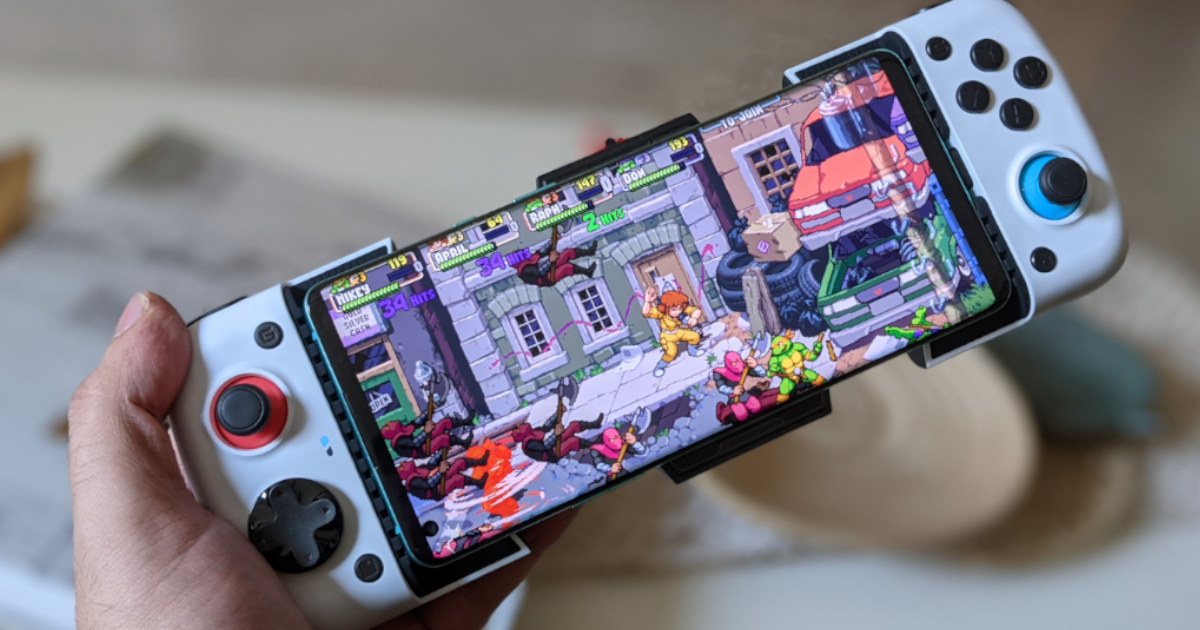 The one feature that stands out from other gamepads, such as the Razer Kishi, is the inclusion of a massive fan. Smartphones can often heat up when playing graphics-intensive games and often results in throttling that directly impacts performance. Even gaming smartphones with great cooling inside can often heat up and make it difficult for players to play games for longer durations. To circumvent this common issue, the Gamesir X3’s fan is a logical inclusion that fits perfectly with the overall design.

As for customisations, the Gamesir X3 has an array of accessories that can be used depending on your playstyle. For example, if you like to play platforming games, the Gamesir X3 is outfitted with a traditional D-Pad that feels awesome to use. However, if you prefer an Xbox Elite Controller style D-Pad, you can swap it out with the additional D-Pad whenever you want. Similarly, the Analog sticks can be customised according to your liking as you also get additional thumbstick caps that can be easily swapped out. If you prefer a longer analog stick, you can easily pop it out and swap it with the longer stick. These customisation options also apply to the face buttons. Since the buttons are attached magnetically, you can easily remove them and re-arrange them to your liking, as some players prefer to have an Xbox XBAY button layout. 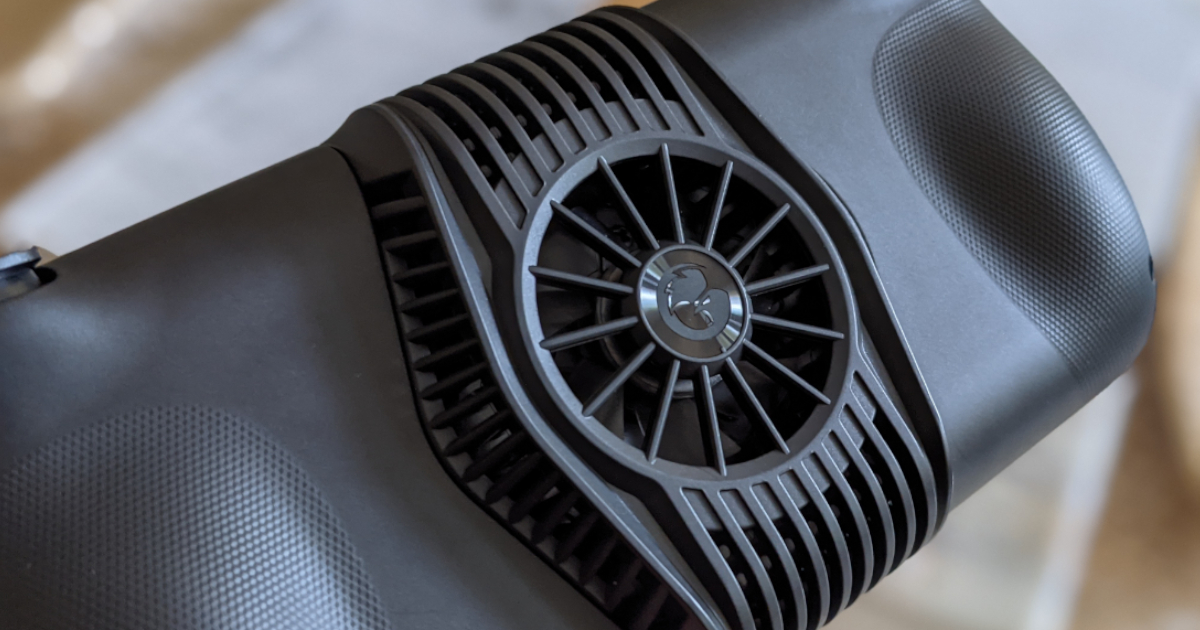 Finally, in terms of connectivity, the Gamesir X3 comes with two USB-C ports that can be used for two very different purposes. Since the Gamesir X3 connects directly with a smartphone’s USB-C port, one of the exterior ports can be used to charge the smartphone via passthrough. This USB-C port is strategically located on the right-bottom side of the gamepad so that it doesn’t interfere with gameplay. Additionally, the second exterior USB-C port is located directly under the massive fan, which needs that extra power to function. This is where I find the Gamesir X3’s design a bit illogical because if players want to charge their smartphone and use the fan simultaneously, they will need to use two USB-C cables.

Since the Gamesir X3 doesn’t use a Bluetooth connection, there is little to no input lag when using any of the buttons for playing games. This makes the Gamesir X3 a perfect candidate for playing both competitive online games and single-player titles. It also makes it the ideal accessory to have if you emulate your backed-up games on Android devices. The Gamesir X3 is compatible with almost every emulating app. In my testing, it worked well with Retroarch, Dolphin, Citra, ePSXe, PPSSPP, M64Plus FZ and other obscure apps. Having said that, the only drawback you will face is that you will need to map the Gamesir X3 buttons for each app separately. That’s not exactly Gamesir’s fault, as most of these emulation apps are open-source and don’t have official support for Type-C gamepads. Having said that, once you’ve mapped all of the buttons, you can essentially enjoy almost every game right up to the PS1/PSP generation without any hiccups. 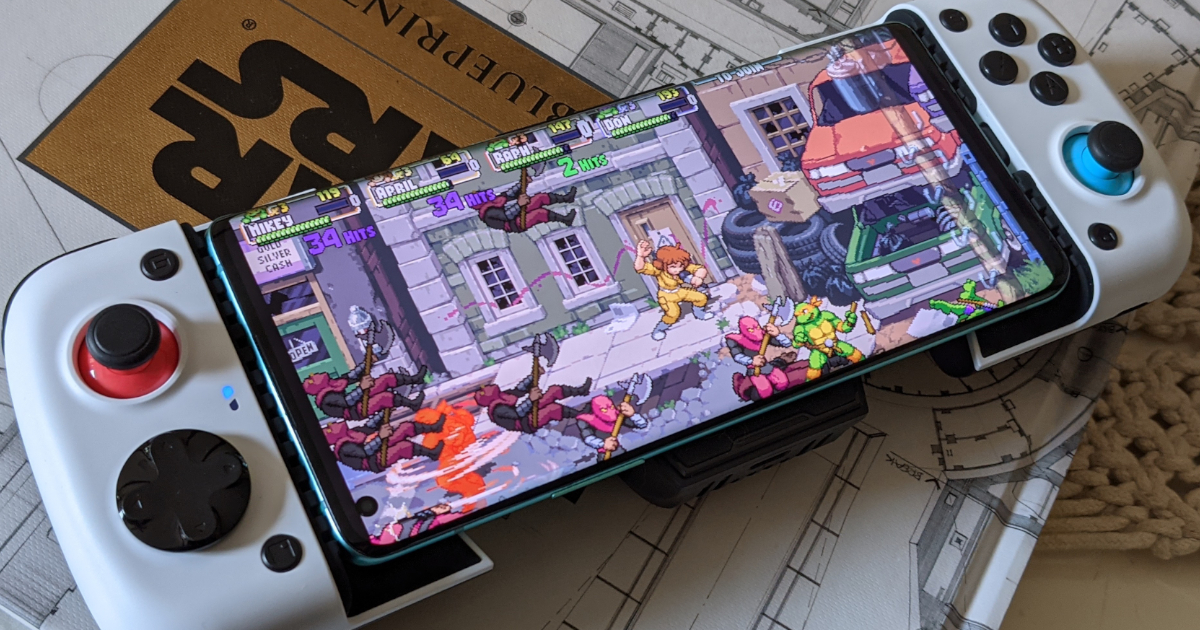 While the Gamesir X3 is a perfect candidate for emulating games, it can also be used to get an advantage in mobile games like BGMI, Genshin Impact and Call of Duty Mobile. Since these games do not support USB-C gamepads natively, you can bypass their restrictions. That is because the Gamesir X3’s official companion app lets you map every button to touchscreen controls for these games. What’s neat is that you can use Gamersir’s app to map the buttons to the touchscreen controls yourself or use one of the mapping settings created by the community.

For other game titles such as Fortnite, Asphalt, GTA, Minecraft and many other single-player games, the Gamesir X3 works natively and works out of the box. Having said that, the Gamesir X3 serves great for another purpose: game streaming. 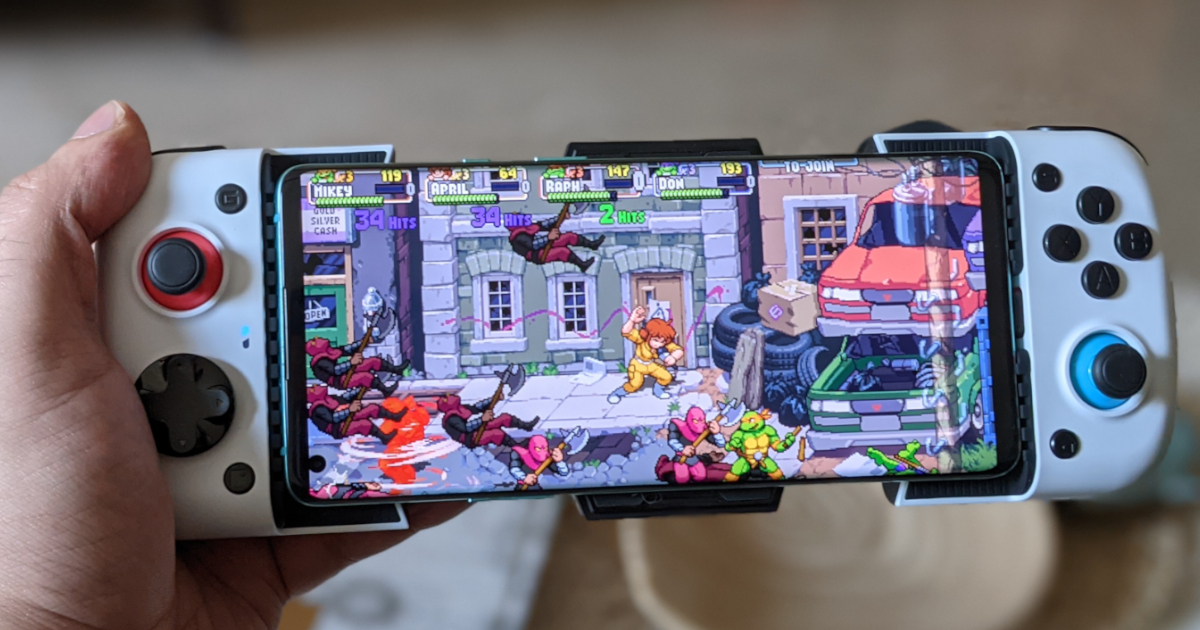 The Gamesir X3 can also function as the perfect accessory for streaming games on the go. While game streaming isn’t available in India, I still managed to test it on a localised network. The Gamesir X3 works flawlessly with the Xbox Streaming App, Nvidia GeForce and Moonlight. Since the gamepad doesn’t use a Bluetooth connection, the input lag is negligible. However, when 5G rolls out in India and game streaming is available, the Gamesir X3 can be used to stream games anywhere as long as you have a stable 5G connection.

The Gamesir X3 essentially becomes a gateway to access PC/Console quality games on a smartphone via game streaming. Thanks to the gamepad’s design, it feels like playing high-fidelity graphics games on a Nintendo Switch. While a real-world game streaming test over a 5G network is not possible at the moment, I am confident that the Gamesir X3 will be the best accessory for game streaming.

The Gamesir X3 may just be the most well-thought mobile gamepad designed for a smartphone. It can be used for emulating games, playing competitive online multiplayer matches, and stream games. It is also the only mobile gamepad offering customisation options that suit different play styles. Having said that, by far the most important feature the Gamesir X3 implements is its cooling fan. The beefy cooling fan on the Gamesir X3 does keep your smartphone cool during intense gaming sessions, but it also makes the controller a bit bulkier than other options. Personally, I prefer the fan; however, if you want something more portable, the Gamesir X2 or the Razer Kishi is a better option to consider.

GameSir G3 gamepad review: for when the gaming gets tough