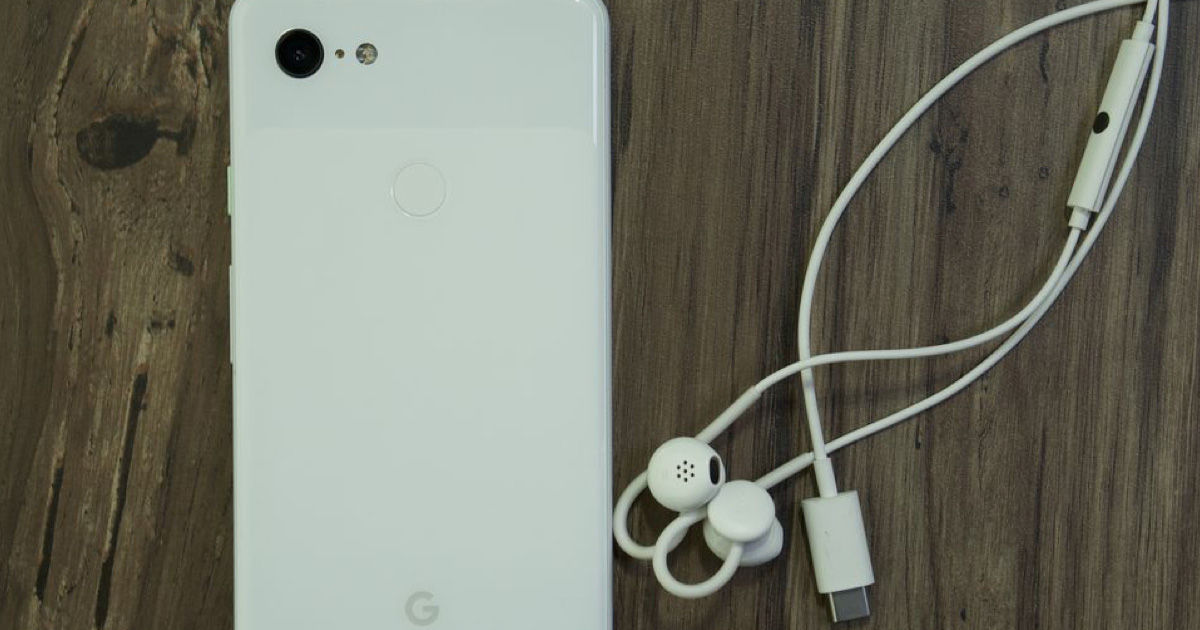 Time flies when you’re searching for a dongle to listen to music, doesn’t it? It’s been almost three years since Cupertino giant Apple decided to axe the headphone jack from the iPhone 7 duo, and since then, more and more manufacturers have followed suit blindly. To be clear, I’m no longer lamenting on the fate of our beloved analogue port – I came to terms with that a long time ago. What irks me is the fact that only a handful of manufacturers bundle compatible earphones to go along with their exorbitantly priced, jack-less smartphones. And even fewer work on fine-tuning the quality of the headset, to begin with. 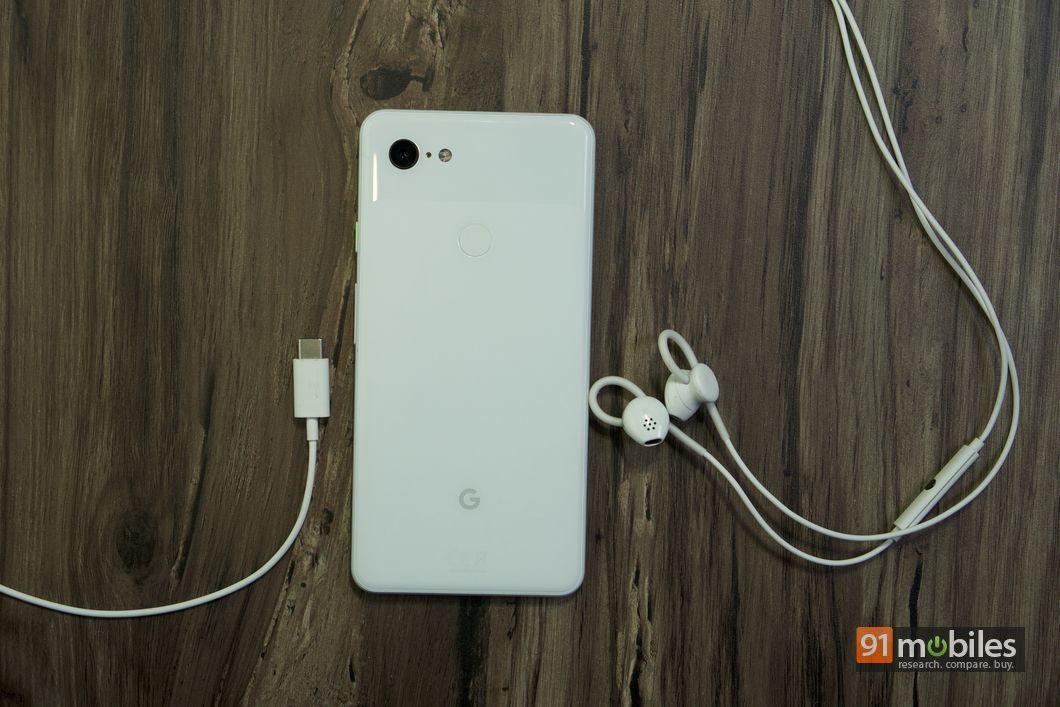 That’s where the Google Pixel 3 XL (and the Pixel 3) come into play. Not only are the smartphones the best that Android has to offer right now, but they also justify the lack of a headphone jack by shipping with excellent stereo speakers and quite possibly the best pair of in-box earphones in the form of the USB Type-C Pixel earbuds. So much so, I feel that buyers need not invest in a pair of third-party earphones if they buy Google’s latest Android smartphones. Here’s why. 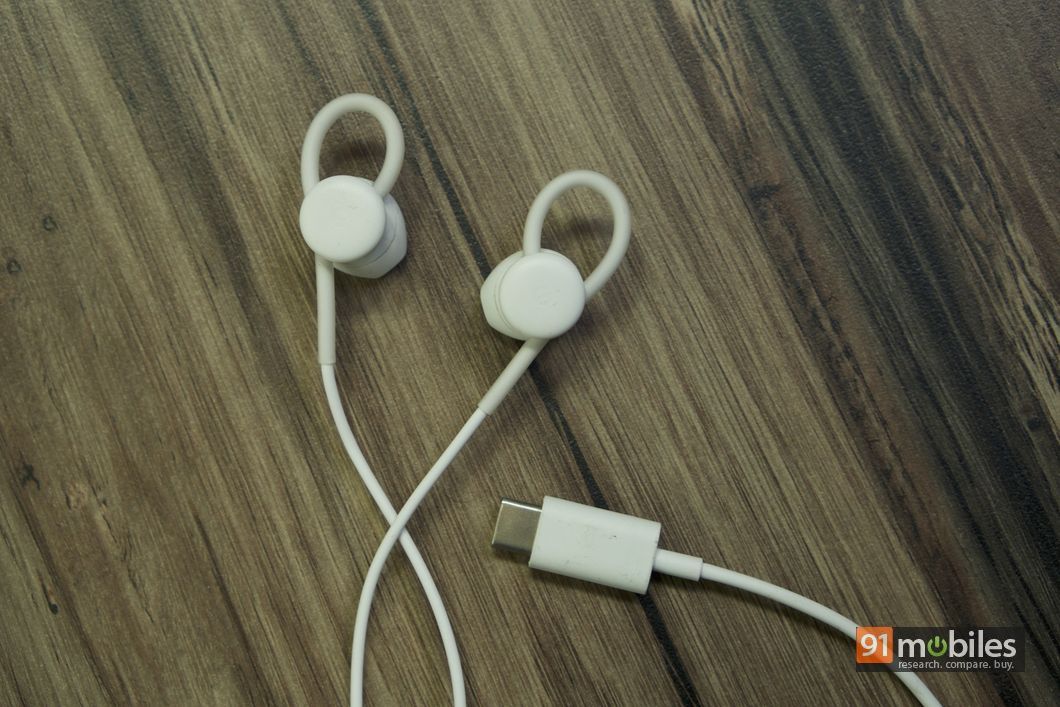 The Pixel Buds look eerily similar to Apple’s EarPods, save for one core difference – the earphones ship with a fin (or a loop) which locks the earpieces in the ears. Now, I for one could never get used to the design of Apple’s EarPods, as the earphones would keep slipping out of my ears. However, no matter how hard I tried to shake them off, the Pixel earbuds stayed put. The individual earpieces are as light as a feather too and after using the Pixel Buds for a while, I didn’t even notice the earphones in my ears. What’s more, thanks to the headset’s flattish profile, I had no issues laying on one side at night to listen to music. 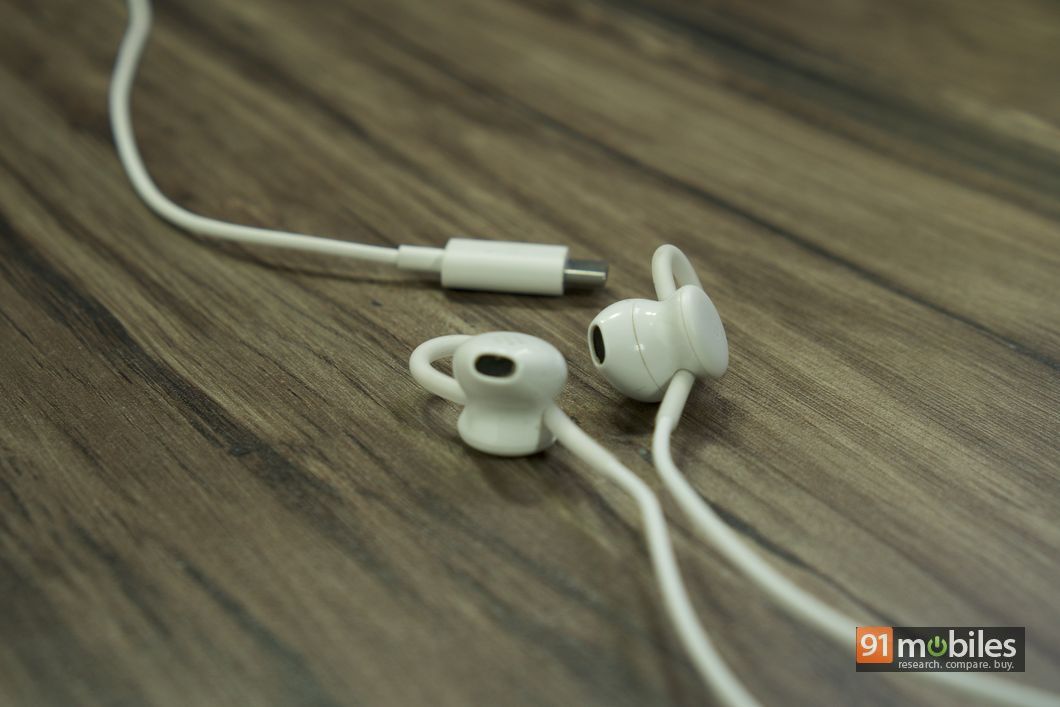 That’s not to say that the fit of the earphones is universal. In fact, several of my colleagues pointed out that the plastic edges bit the inside of their ears. Moving on, the earphones ship in an all-white hue which employs a mix of matte and glossy finish. As is the case with most white-coloured products, you will have a hard time keeping the Pixel earbuds tidy and clean. However, since the earpieces will be out of your line of sight most of the time, I doubt that will be a deal breaker for anyone. 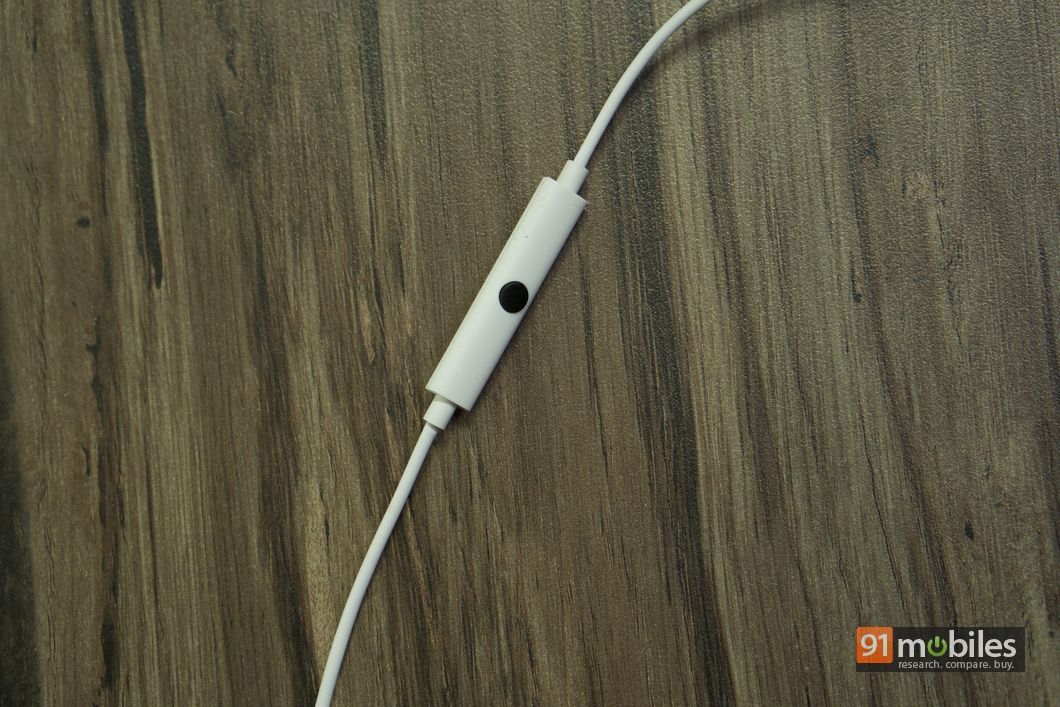 The earphones ship with an in-line remote control with three buttons, which have the usual functions. A long press on the middle button will invoke the Google Assistant, a short press will play/pause the music and a quick double press will take you to the next track. The buttons flanking the multi-function button can be used to increase or decrease the volume. 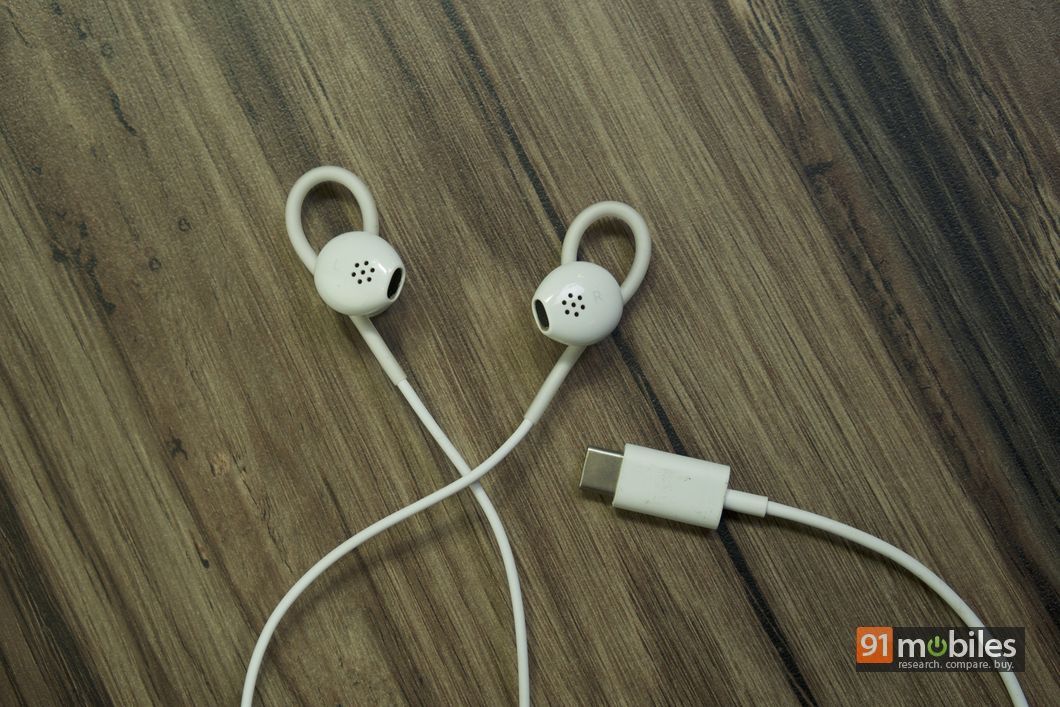 As I mentioned at the beginning of my review, the Pixel earbuds sound excellent and I am yet to come across a better pair of earphones which come bundled with a smartphone. HTC’s U-sonic earphones come close, but I prefer the sound signature of Google’s offering and here’s why:

2- The mid-range is brilliant, especially the vocals, as they sound natural. Consequently, listening to acoustic blues or podcasts on the Pixel earbuds is an absolute treat. I’d also like to mention that the earphones are not sibilant and therefore, words ending in an ‘s’ don’t sound unpleasant.

3- The highs are laid back albeit pack plenty of details. Therefore, you’ll be able to enjoy a lead guitarist break out into a solo without feeling the need to tone down the volume as the earphones don’t sound shrill or piercing at high volumes.

Moreover, Google has integrated the Google Assistant into the earbuds which paves way for a ton of interesting features. The minute you plug in the Pixel earbuds to your Pixel 3 or the Pixel 3 XL, you’ll be prompted to set up the Google Assistant. After completing the setup process, you can use the earbuds to listen to incoming notifications, reply to messages, get updated on your daily reminders and much more. As an example, I asked my colleague to send me a message on WhatsApp and not only did the Google Assistant read it to me, but I was able to reply right from the lock screen by speaking into the earphone’s mic. That said, some commands require you to install certain applications on your smartphone. For instance, when I asked the Assistant to play some hip-hop music, I was prompted to install the Saavn music app on the phone.

Interestingly enough, you can also use the earbuds for real-time translation too. To do so, simply head over to the Google Play store and download the Google Translate app to get access to over 40 different languages.

Suffice it to say, the earphones punch way above their weight when it comes to the audio quality. I happen to have several high-end Chi-fi IEMs at my disposal, but I never felt the need to plug them in when I was using the Pixel earbuds. What’s more, unlike HTC’s U-sonic headphones, I was able to use the Pixel earbuds with a myriad of smartphones, including a OnePlus 6 (review) and a Samsung Galaxy Note9 (review). 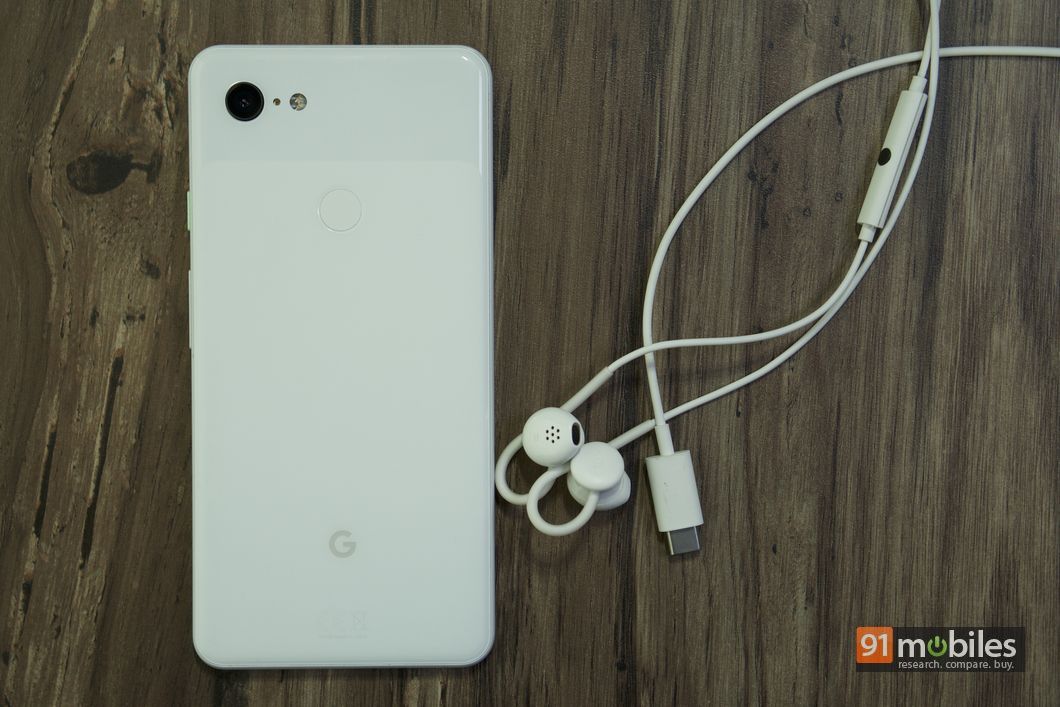 I’ve been using the Google Pixel 3 XL (review) for only a few days now but so far, I haven’t missed the headphone jack. The Pixel earbuds are truly amazing and although you cannot snag one in the country yet, I hope Google brings the earphones to the Indian shores soon. I also wish to see more good-sounding earphones with devices which lack the analogue port in the future. It’s a long shot, but I’ll keep my fingers crossed.