Huawei launched its Nova 3 smartphone in China earlier this month. Without wasting much time, the brand has now brought the handset to India. Considering that the Nova 3 comes with the trending (but not-so-edgy anymore) notch design and a capable processor at a reasonable price, there is a certain buzz in the market already. We managed to get our hands on the Nova 3 ahead of the launch and now that we have spent enough time with the phone, here is our detailed review.

Without a doubt, the glass-like back with gradient colour on the Huawei Nova 3 manages to grab eyeballs with ease. It seems that Huawei is not afraid of experimenting in this department, and the new colour option is a refreshing change from the usual hues we’ve seen lately. The handset looks premium, but on the downside, feels slippery without a case. Even though we did not get a case with our unit, we have been informed that the retail units will be shipped with cases. 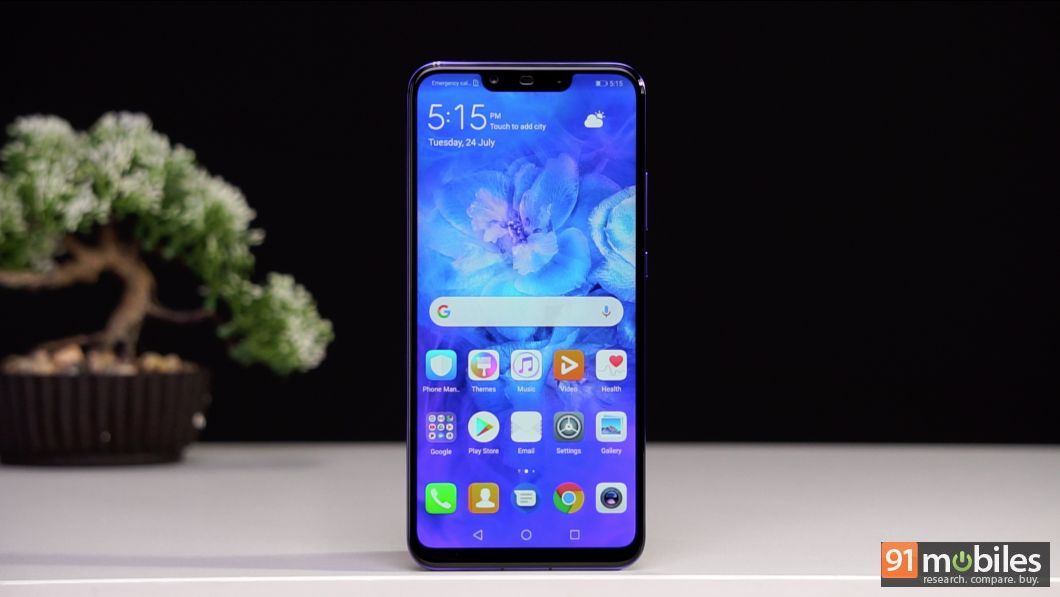 As is the case with most recent handsets, the Nova 3 sports a tall frame. Unfortunately, some users might find it difficult to hold the handset in one hand with ease. Having said that, the power button and volume rocker, both placed on the right side of the phone, are easily accessible. The same holds true for the fingerprint sensor located in the middle at the back. 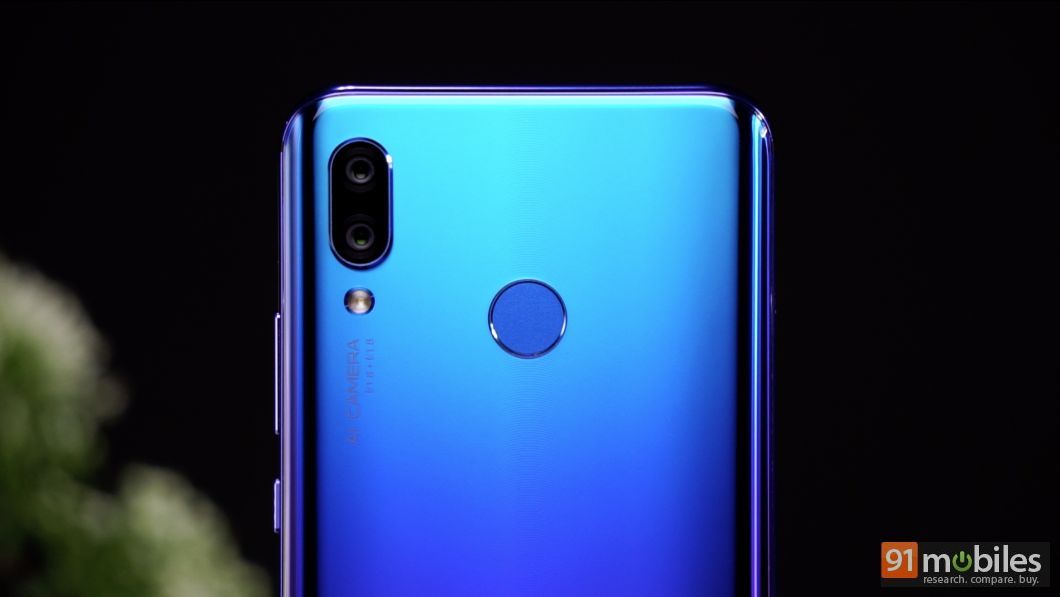 The camera setup is placed on the top left in a vertical orientation, assisted by an LED flash, and on the bottom, you get the headphone jack, charging port, and the speaker grille. Thankfully, just like most new phones in this price range, Huawei Nova 3 comes with a USB type-C charging port. The SIM card slot is located on the left spine of the smartphone.

Coming to the display, Nova 3 packs a 6.3-inch FHD+ (2,340 x 1080 pixels) IPS LCD display with a notch at the top, offering a pixel density of 409 ppi. The notch includes the two front camera sensors and an earpiece. The handset manages to reach decent brightness levels for outdoors and offers good viewing angles too. Overall, the display quality offered by the new Huawei offering is pretty good.

To get the specifications out of the way first, the Huawei Nova 3 comes with a rear-facing dual camera setup, consisting of a 24MP monochrome sensor (f/1.8 aperture) and a 16MP RGB sensor (f/1.8 aperture), assisted by an LED flash. You get a dual camera setup at the front as well, consisting of a 24MP sensor and a 2MP sensor, both with f/2.0 aperture.

In the default camera app, you are greeted by different modes including Portrait, AR Lens, Video, and Aperture, among others right up front. You get access to other options like Lighting, 3D Panorama, and Time-lapse by tapping on the ‘More’ tab. If we talk about the performance in the optics department, the Huawei Nova 3 managed to click some really impressive pictures for us in both low light and aptly bright conditions. Notably, the AI master feature on the handset claims to recognise around 22 different scenes and objects and the images are accordingly enhanced using artificial intelligence. Although this all sounds a bit gimmicky at first, but the AI feature on Nova 3 works towards providing a superior image quality in general. The images taken with the AI mode on turned out to be better than the original image in most of the conditions. 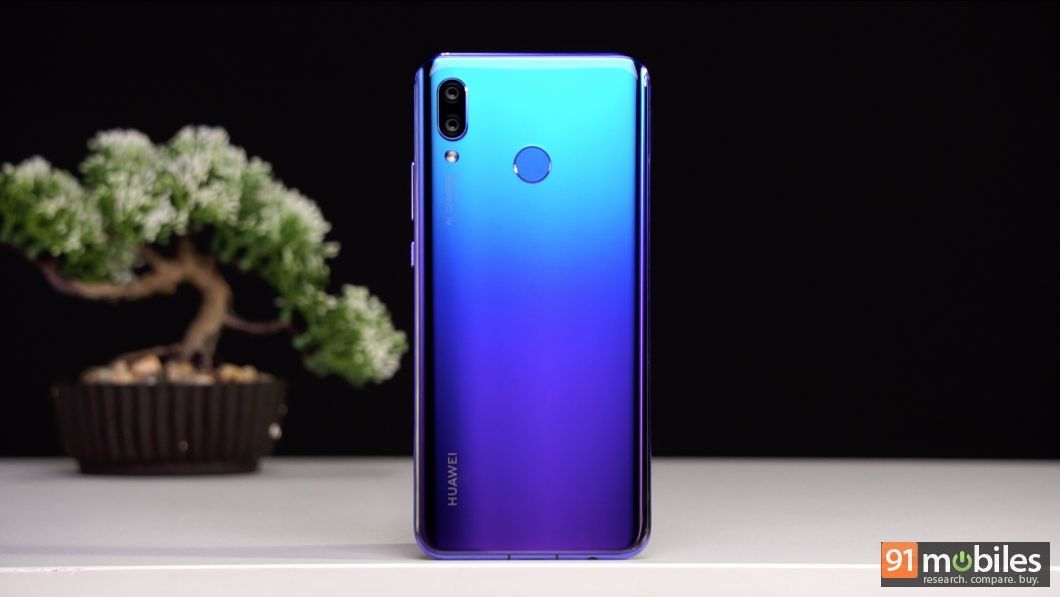 The AR Lens feature, which is a blatant copy of iPhone X’s Animoji, was extremely fun to use and different animation options only added to the enjoyment. Again like the iPhone X, the studio lighting feature is also available with the Nova 3. Personally, I have never liked this feature on iPhone X and the same holds true for the feature on the new Huawei offering. However, people who prefer this option should be glad that it is making its way to more affordable handsets. There is a cinematic portrait option, which allows users to click pictures in a wide frame.

I found the image quality of the pictures taken by the dual camera up front to be equally impressive as well. The HDR Pro mode, offered with the front camera setup, provides a good colour range to reproduce better pictures. In all, the camera quality offered by the handset can be described as impressive in most conditions. You can check the camera samples taken by the smartphone down below:

Coming to the software, as you might expect from a Huawei smartphone, the Nova 3 comes with some pre-installed apps and games along with some suggested apps. If you have used EMUI earlier, there are hardly any new tricks this time around. The face unlock feature works fast but cannot be described as secure as the fingerprint sensor. Notably, the UI felt smooth and I did not face any lag issues while navigating through the platform or multitasking.

The Huawei Nova 3 is no slouch when it comes to hardware. The handset is powered by the capable HiSilicon Kirin 970 SoC, which can also be found on the company’s slightly less expensive Honor 10 (review). The processor is coupled with either 4GB or 6GB of RAM and 128GB of built-in storage, which is expandable via microSD card up to 256GB. The Nova 3 runs Android 8.1 Oreo-based EMUI 8.2.0 out of the box. 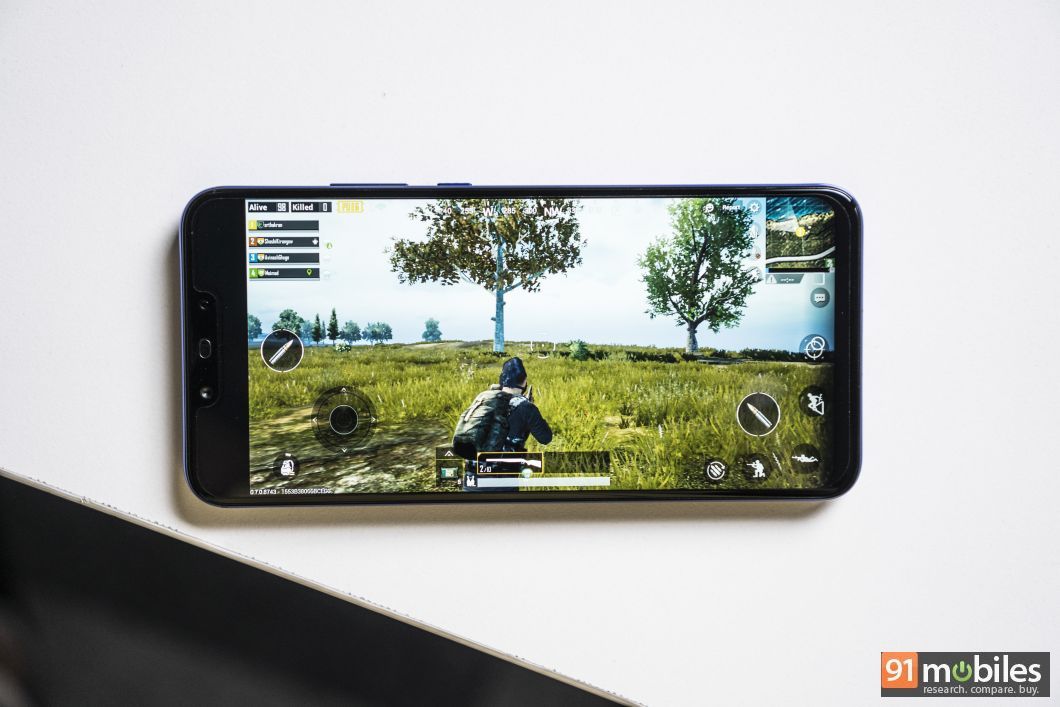 Talking about the performance, the Nova 3 managed to run most apps and games with relative ease but was found struggling in demanding popular mobile game PUBG at high graphics settings. Notably, the handset presented some heating issues quite early as well but the unit never got heated up to an extent of discomfort. Otherwise, as you might expect from the processor, the smartphone tackled multitasking and other games without breaking a sweat. 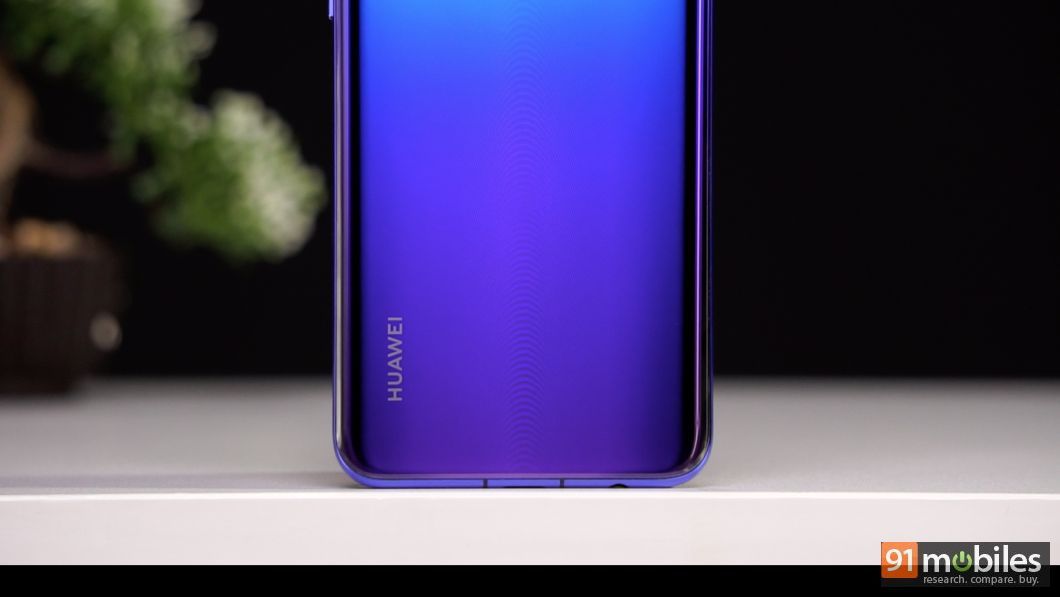 The Huawei Nova 3 houses a 3,750mAh battery that supports fast charging with the included wall charger. The handset managed to last a full day of regular use during our review and presented a decent battery backup. In our video loop test, where we play an HD video on loop with 50 percent of maximum brightness and sound, the Huawei Nova 3 managed to last around 12 hours. This means that the handset can last through a day with ease in regular usage but if you are a heavy user or planning to go on a trip, you might have to carry the charger along with you. 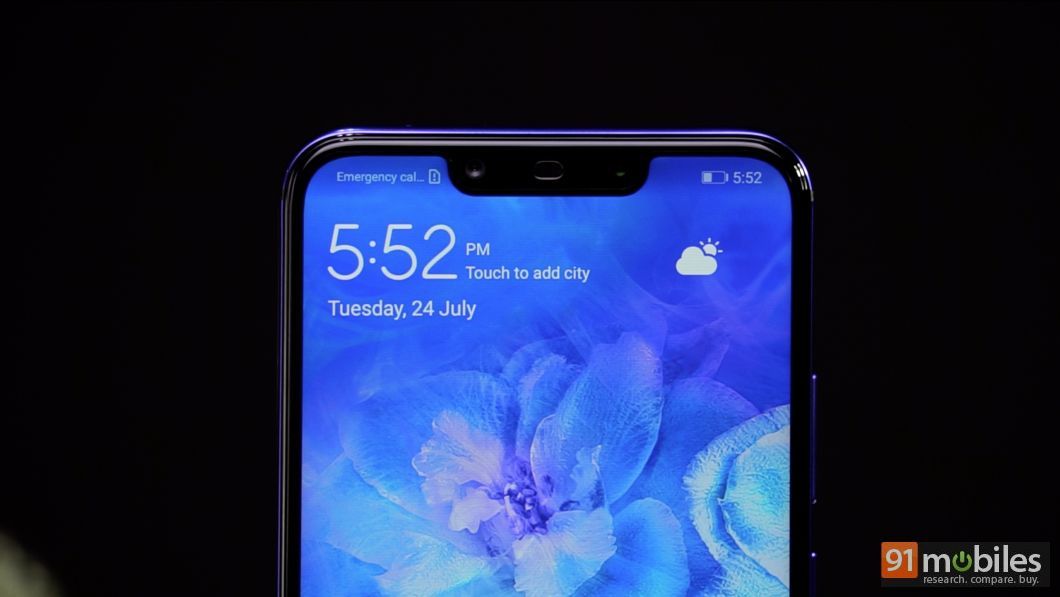 Huawei’s Nova 3 comes as a solid option in the mid-price range as the handset packs a powerful processor offers impressive camera quality, and looks good aesthetically. However, certain performance-related issues and slightly average battery life stop the handset from taking the top spot in this category. Priced at Rs 34,999, the Huawei Nova 3 will be competing against the likes of the slightly lower priced ASUS Zenfone 5Z (review) and the OnePlus 6 (review). The latter would be the Nova 3’s closest rival in fact, and given how popular the OnePlus 6 is, it’d be interesting to see if Huawei’s latest offering can stand up to it…. a task that definitely looks quite tough.

Best gadgets under Rs 10,000 you can buy in the Amazon Prime Day sale