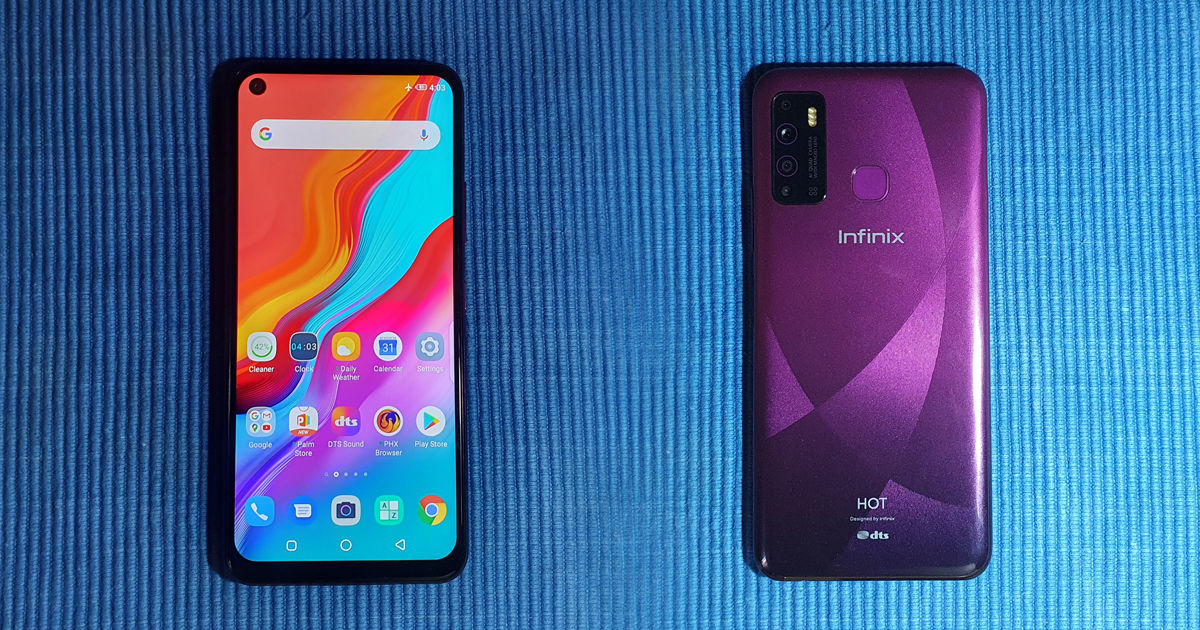 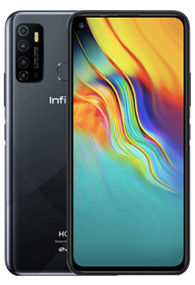 While Infinix isn’t the first brand that pops into my mind while thinking of budget smartphones, the Infinix Hot 9 series is definitely one to look at outside the realms of the Xiaomi and Realme duopoly. I have reviewed the Infinix Hot 9 Pro (review), a trendy and stylish device with a healthy amount of processing prowess packed in a Rs 10,499 price point. The Infinix Hot 9 doesn’t fall too far from its big brother and tries to offer a compelling smartphone experience at Rs 9,499. What are the differences between the two phones? Find out here in this review of the Infinix Hot 9. 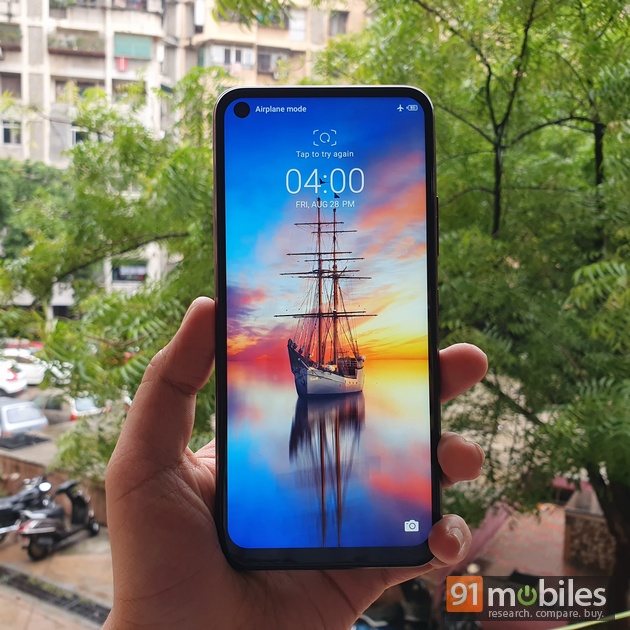 As a whole, the design of both the Infinix Hot 9 and 9 Pro are the same. There is the same polycarbonate back, and the violet colour and gradient finish are identical on both the devices. The Infinix Hot 9 is quite light considering it has abig 5,000mAh battery housed inside it. The quad-camera layout and the fingerprint sensor are positioned on the top half of the device, like the Hot 9 Pro. The port arrangement is also the same as the speaker grille, headphone jack, and micro-USB port all present at the bottom. On the right side of the device, there’s the volume rocker and power button, while on the left is a slot for dual-SIM cards and a microSD card. 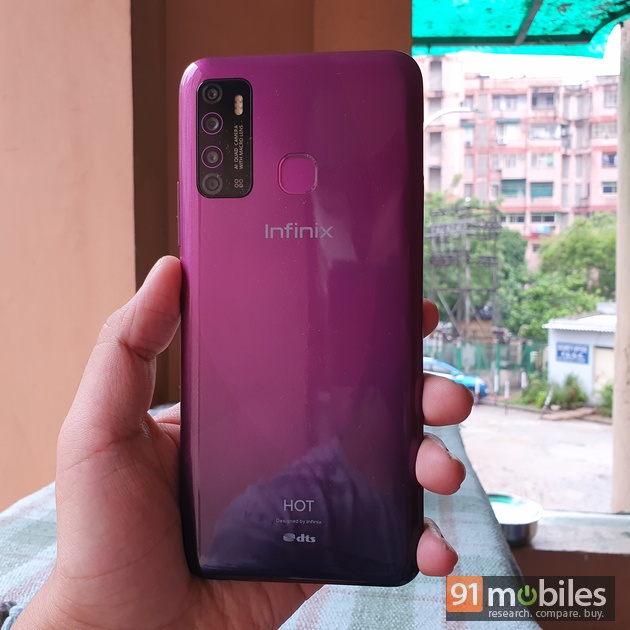 On the front of the device, there is a hole-punch selfie camera, a rarity in the segment but there are chunky bezels surrounding the display itself. In terms of specifications, the Infinix Hot 9 has the same display size as the Hot 9 Pro at 6.6-inch, the same resolution of HD+ (720 x 1,600) and the same aspect ratio of 20:9. While Infinix had claimed a 90.5 percent screen-to-body ratio on both devices, it is actually more around 83 percent. There is no visual difference in the Hot 9’s display with the panel emulating the same high brightness as the Hot 9 Pro. Colours and contrast levels are not the best, which is something that plagues all the budget devices under the Rs 10,000 mark. The real difference between the Hot 9 and Hot 9 Pro is in the camera segment. The quad-camera setup, as mentioned above, is identical with the exception of the primary lens which is a 13MP sensor instead of the 48MP lens on the Hot 9 Pro. The rest of the sensors remain the same, and includes a 2MP macro camera, 2MP depth camera, and a low-light sensor. Photos churned out by the Infinix 9 are quite contrasty with a nice amount of detailing which can sometimes look oversharpened. The depth camera and macro sensors do their part to give better portrait and extreme close-up shots respectively, although I’m more impressed with the latter. The device does not have a dedicated night mode but the AI-scene detection turns on low-light mode for better shots. Even so, the night photography department on the device is average at best. On the front is an 8MP selfie shooter with nice colour reproduction but poor exposure handling. 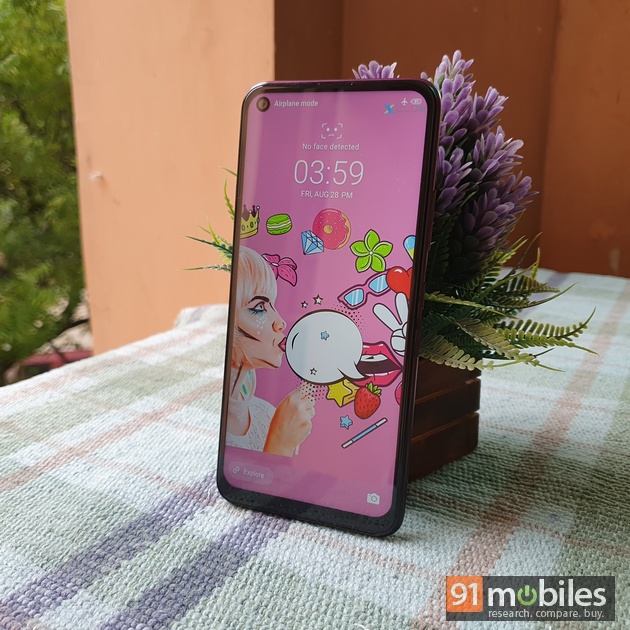 As for the performance, the Infinix Hot 9 packs in the same Helio P22 SoC from MediaTek as was spotted in the Infinix Hot 9 Pro. As it stands, the processing capabilities of both the Infinix Hot 9 and Hot 9 Pro lag behind options from Realme or Xiaomi at the same price. In terms of benchmarks, the Hot 9 has an Antutu score of 103,181 while Geekbench showed multi-core and single-core scores of 167 and 880, all of which are on the lower side. The phone comes with 4GB RAM and 64GB of internal storage. PUBG Mobile runs but only at the lowest settings and you will have to deal with a lot of frame drops. 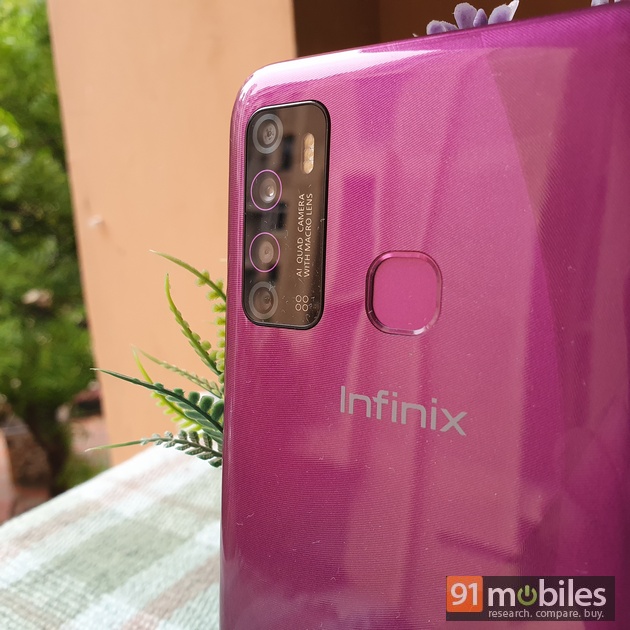 Microphone, speaker and audio quality were up to the mark, as expected from today’s phones. There is a capacitive fingerprint sensor on the back which works smoothly and the registration process is also quite fast. On the software side of things, the phone runs XOS 6 based on Android 10. At face value, XOS 6 runs smoothly given the processing limitations but still comes with a lot of bloatware, most of which cannot be uninstalled. There is also very little surety of future software updates and like the Hot 9 Pro, the security patch is from January. 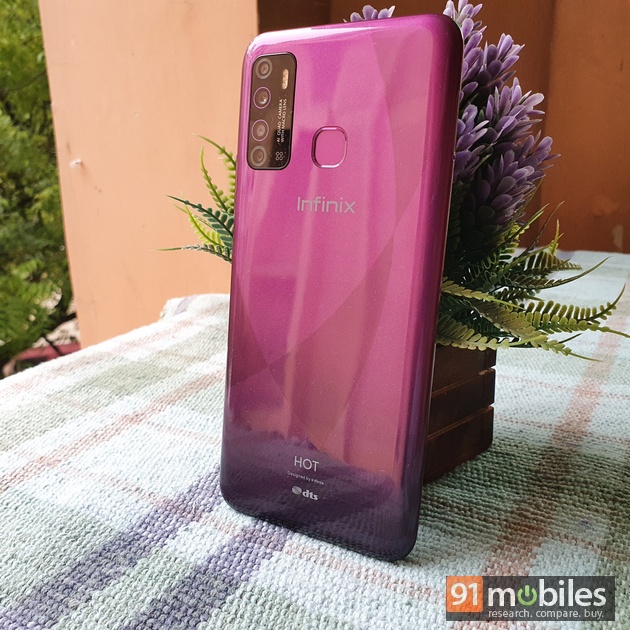 On the battery front, the device has the 5,000mAh cell powering it, with 10W charging capabilities. Since the device is not performance heavy, it can easily push through a day of usage and even beyond. It takes about 2 hours and 30 minutes to power up the phone from 0-100 percent.

Like the Hot 9 Pro, the Hot 9 is a device which earns points in the design and display department but not so much in the performance sector. Its daytime photo capabilities are impressive as is the macro sensor. Dated software updates and excessive bloatware however, work against the Hot 9. The recently launched Redmi 9 Prime (review) looks to be a logical choice instead of the Hot 9.