91mobiles.com
Home Mobiles Infinix Note 11 review: all about that display 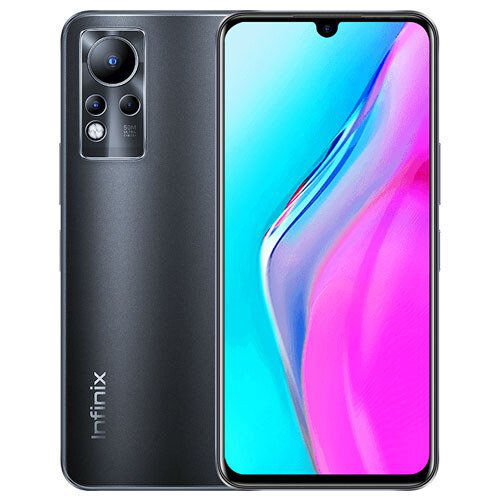 Infinix recently announced two new devices in India’s affordable smartphone segment in the form of the Infinix Note 11 and Note 11S (review). The Note 11 boasts an AMOLED panel to amplify the visual quality and at Rs 11,999, the device does have a certain bragging right in the display department. Let’s find out how the Note 11 fares in daily use and whether Infinix can be considered a serious rival to the Xiaomis and Realmes of the world. 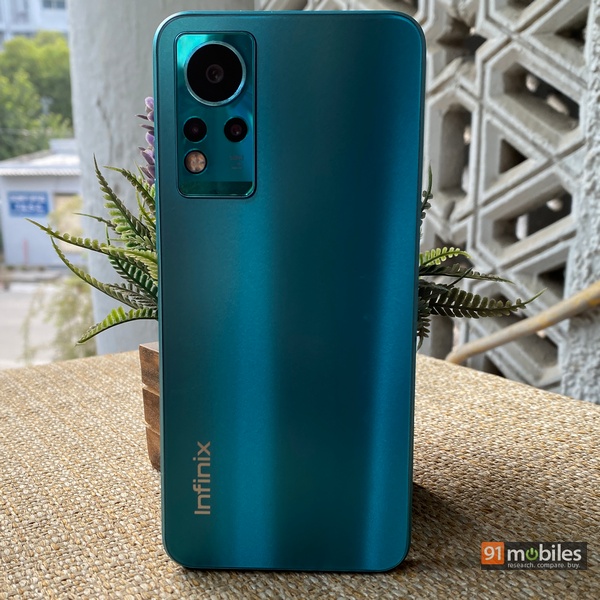 Familiar woes have come back to haunt the Infinix Note 11 and put the company’s position as a top-tier OEM in jeopardy. A less-than-ideal software experience combined with optics that need improvement hold the Note 11 down despite the device having one of the nicest displays in the segment. 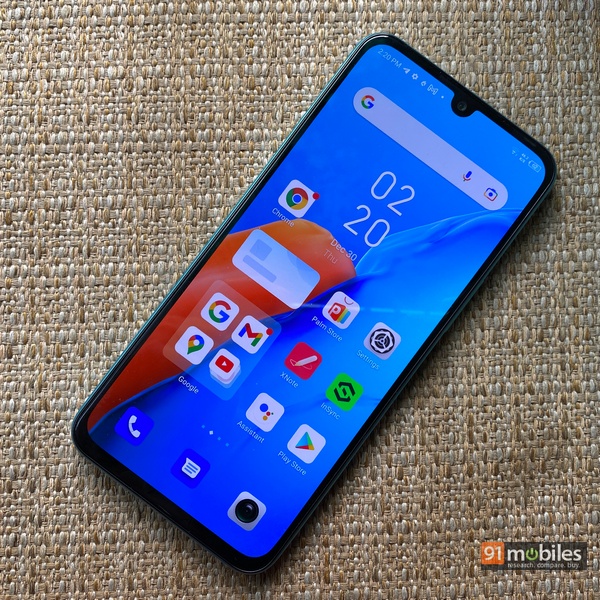 The Note 11 has a more squared design than the 11S which has a curved back. However, in terms of the finish, the matte coating has been retained with the same rectangular camera hump on the top-left although the colour scheme is more of a light blue as compared to the 11S’ aqua-green. The device feels good to the touch with its grippy edges and is quite light in the hand which isn’t surprising considering it has a polycarbonate build. On the bottom of the device, there is a USB C port, a 3.5mm headphone jack, and a speaker grille. Like the Note 11S, the bottom-firing speaker doubles up with the earpiece for stereo output. The power button on the side acts as a fingerprint sensor while a tactile volume rocker button sits right on top. 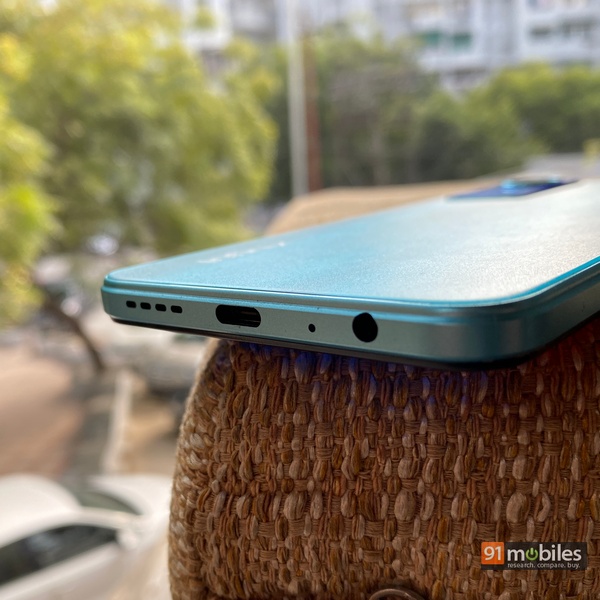 Sporting a 6/7-inch FHD+ AMOLED panel as opposed to the standard IPS LCD variety seen in this segment does come with a bunch of benefits. The major ones are a wider colour palette and absence of off-axis colour shift. On the Note 11, the 6.4-inch screen is quite vibrant, bright and has deep blacks that amplify any content being viewed on the screen. My only gripe, which could be a bit too much to ask at this price point from an OLED, is that the screen is 60Hz which takes away the smooth scrolling experience of a higher refresh rate panel. The bezels are not obnoxiously large but the old fashioned waterdrop notch for the selfie shooter could have been swapped for a punch-hole. Infinix has also provided TUV Rheinland certification for protection against blue light and WideVine L1 certification for HD OTT content. 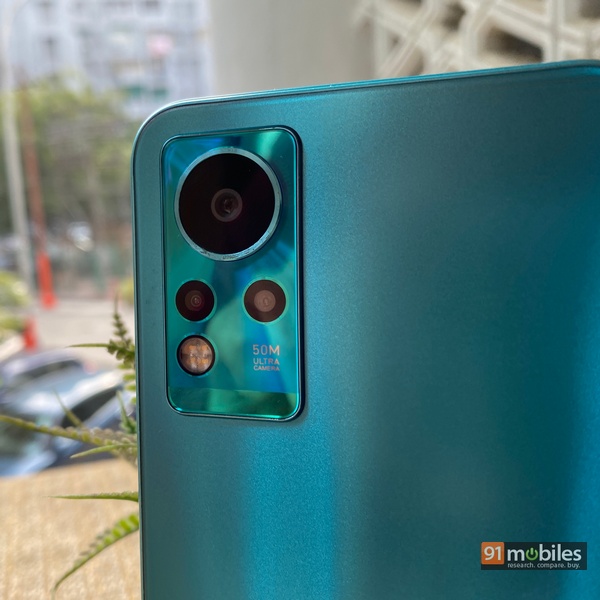 Coming to cameras, the triple-lens setup consists of a 50MP primary camera, 2MP depth camera and an AI lens of unspecified resolution. Infinix hasn’t really been top of the pedestal in the camera department in recent times, and my opinion remains mostly the same this time around as well. The primary shooter is capable of taking decent shots but only when it is drowned in sunlight. Even then the dynamic range is not up to the mark and detailing can be quite soft in many places. There is neither an ultra-wide camera nor a macro sensor to take a photo with varying focal lengths. The depth sensor does an average job of object separation. In low light conditions, the primary sensor more-or-less falls apart unless assisted by street lights. The selfies from the 16MP sensor are detailed and match the correct skin tones. Moving over to the performance section, the Infinix Note 11 is powered by the MediaTek Helio G88 chipset. The 12nm SoC is not known for its power efficiency but it can accomplish moderate tasks with relative ease. During my time with the device, I seldom experienced stutters while scrolling or the UI freezing up after a lot of apps were opened at once. However, the phone does heat up from time to time. The gaming experience was below average even for a budget phone, with the game PUBG New State crashing several times as the device got heated up. 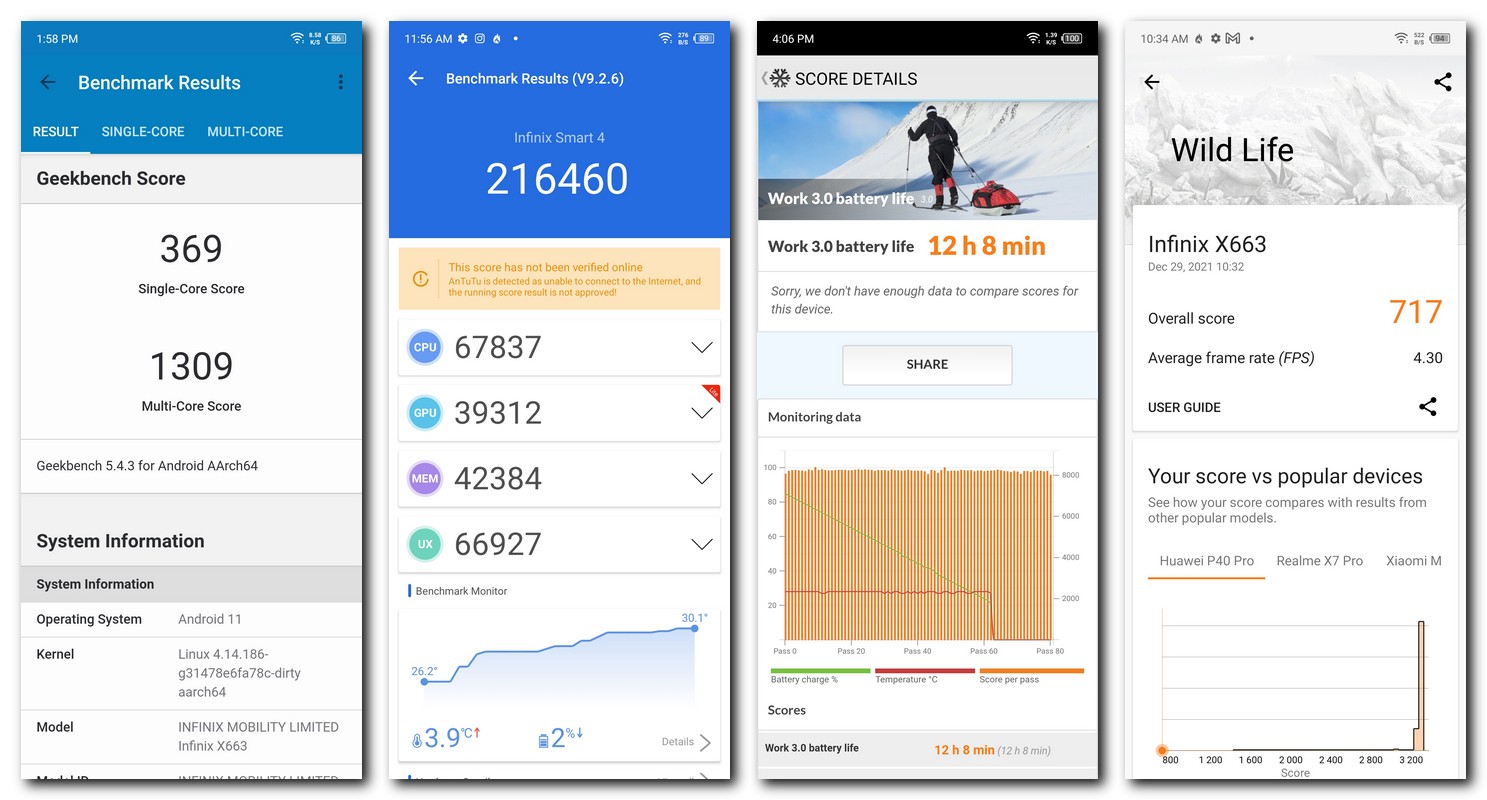 In terms of RAM and storage, the phone has a single 4GB RAM + 64GB configuration. Infinix’s XOS 10 skin runs on the device. The interface is full of bloatware and the confusing don’t make for a great software experience. The battery on the device is a healthy 5,000mAh capacity which can last you for more than a day. It has a 33W fast charging support to juice up the cell in under 100 minutes. 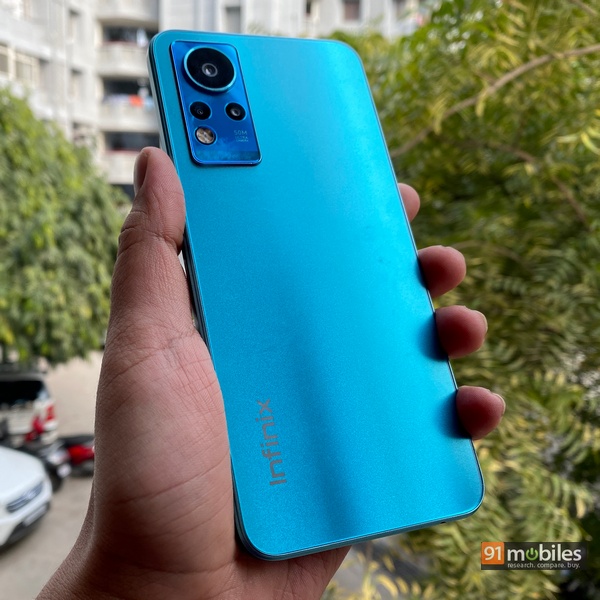 I think the Infinix Note 11 rides on its looks and display quality. Apart from that, there is little that the device succeeds in. The crux of Note 11’s troubles lies in the sub-par cameras and the software skin that needs improvement. Some other strongholds of the device such as battery capacity and charging speeds hold the phone above water in a sea of competing smartphones. Infinix has the ability to level up and it has proven a part of it with its exquisite AMOLED display but the company has still to make significant inroads other crucial aspects of a smartphone experience.