iQOO has made remarkable inroads in the Indian smartphone market and has diversified its portfolio of products such that it is providing devices in several price segments. The iQOO Z6, launched last month, is one such product that might be the key to establishing a dominant foothold in the competitive budget space. Priced starting at Rs 15,499, the iQOO Z6 stays true to the company’s philosophy of delivering the best performance for the price by putting the Qualcomm Snapdragon 695 5G SoC at the helm. The other specs, on paper, are not too shabby with a 120Hz LCD panel, a 5,000mAh battery, and Android 12 out of the box. Time to find out if the iQOO Z6 is the budget pick of the season in this full review of the device. 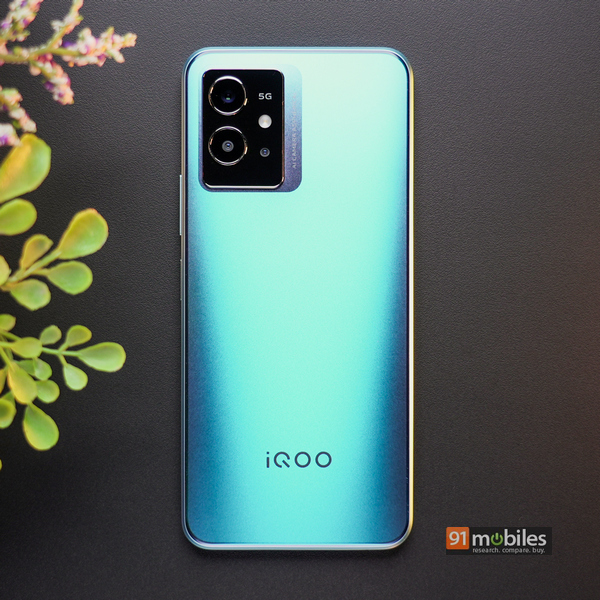 In terms of raw processing power, the iQOO Z6 may outstrip all other competing devices. It has the battery life to sustain long hours of gaming and also packs in a smooth 120Hz screen for fluid browsing. However, it doesn’t impress in the camera department, and the bloatware issues impact the overall usage experience as well. 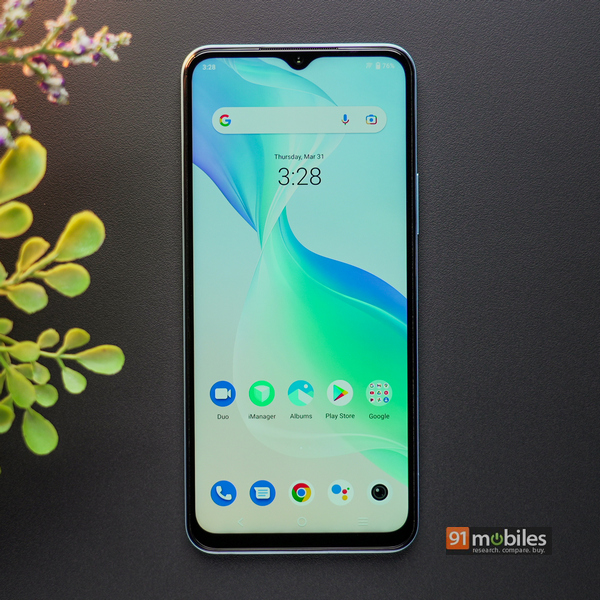 The iQOO Z6’s back panel does exude vibes of phones from Vivo’s stable. The prismatic purple-violet colour shifting theme called Chromatic Blue, and the matte finish to top it all off, are very reminiscent of the Vivo V21 series launched last year. I liked it then and I definitely dig it now, especially given the lower price tag the iQOO Z6 carries. Although it isn’t as slim or lightweight as the V21, I do love the Z6’s svelte in-hand feel and sturdy construction with zero flex on the chassis. The camera arrangement shows two massive rings arranged vertically while a smaller sensor and a LED flash module on the side complete the ensemble. Unfortunately, the top earpiece doesn’ double up as a secondary speaker for stereo sound. There is a headphone jack on the bottom though, which sits beside the USB C port. As per the norms in this price range, the power button has a fingerprint sensor integrated while the volume rocker is present just above it. 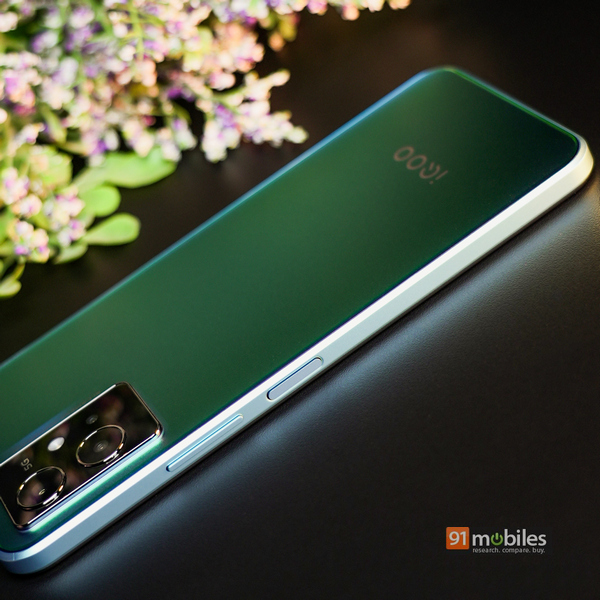 As far as the display goes, the iQOO Z6 sports a 6.58-inch panel with a 120Hz refresh rate and FHD+ (2,408 x 1,080) resolution. iQOO claims a 90.61 percent screen-to-body ratio but the presence of a waterdrop notch and chunky bezels around the panel paint a rather different picture. The LCD screen does have a few limitations as compared to an OLED display, such as poorer viewing angles, lighter blacks, and a shallower dynamic range. However, for the average user, these are things could be of little concern as the Z6’s screen gets plenty bright for indoor usage and the colour calibration is decent enough for most visual content. Adjustments can be made in terms of the three preset colour profiles along with toggles for eye-care and dark mode. The refresh rate can be set to Smart Switch or be permanently locked at 60, 90, or 120Hz. During my time with the device, there was hardly a moment when the screen stuttered or caused any jitters when set at 120Hz. For gaming enthusiasts, the Z6 is equipped with a fast 240Hz of touch sampling rate which is the best the segment has to offer in terms of touch response. 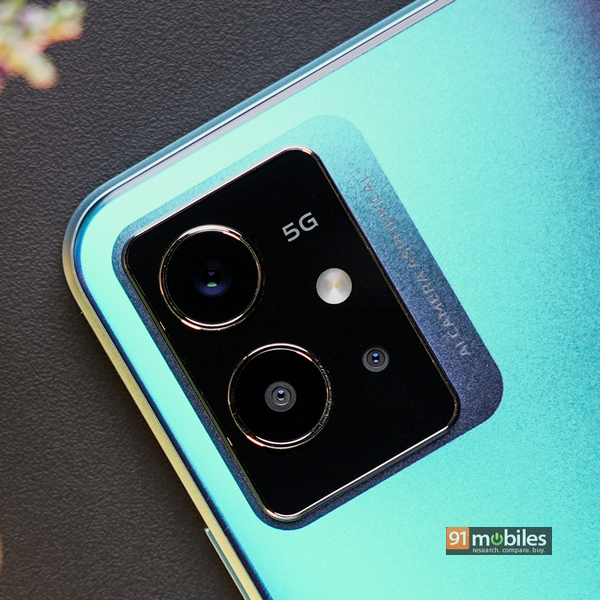 Coming to the cameras, the iQOO Z6 uses a 50MP primary shooter which is supported by a 2MP macro and 2MP depth sensor. Photos captured by the device are not really spectacular, with decent colour saturation levels and spotty detailing. The sensor does well not to blow up highlights in the background but exposure levels brighten up the shot to unnatural levels. Focusing was quick enough along with the shutter speeds but there was a general softness in shots and the dynamic range wasn’t very wide. The AI-based scene detection worked only to amplify colours on the image and nothing more. The macro and depth shooters were average at best with edge detection on the latter being the only worthwhile mention. In low light conditions, the camera fares below expectations even for a budget phone. Getting the subject in focus was a strenuous task and the excessive oversharpening to reduce noise affected the shot too. For once, lens flaring was not a concerning issue but even with a ton of supporting lights across the frame, the sensor had a hard time gathering details. The dedicated Night mode was of little help in most cases. It is also prudent to mention that for some reason the 4GB RAM version of the device has neither the bokeh mode nor the Night mode. The phone’s 16MP selfie camera incorporates Vivo’s facial oversharpening and fairer skin tones but does a better job at handling the exposure behind the face. 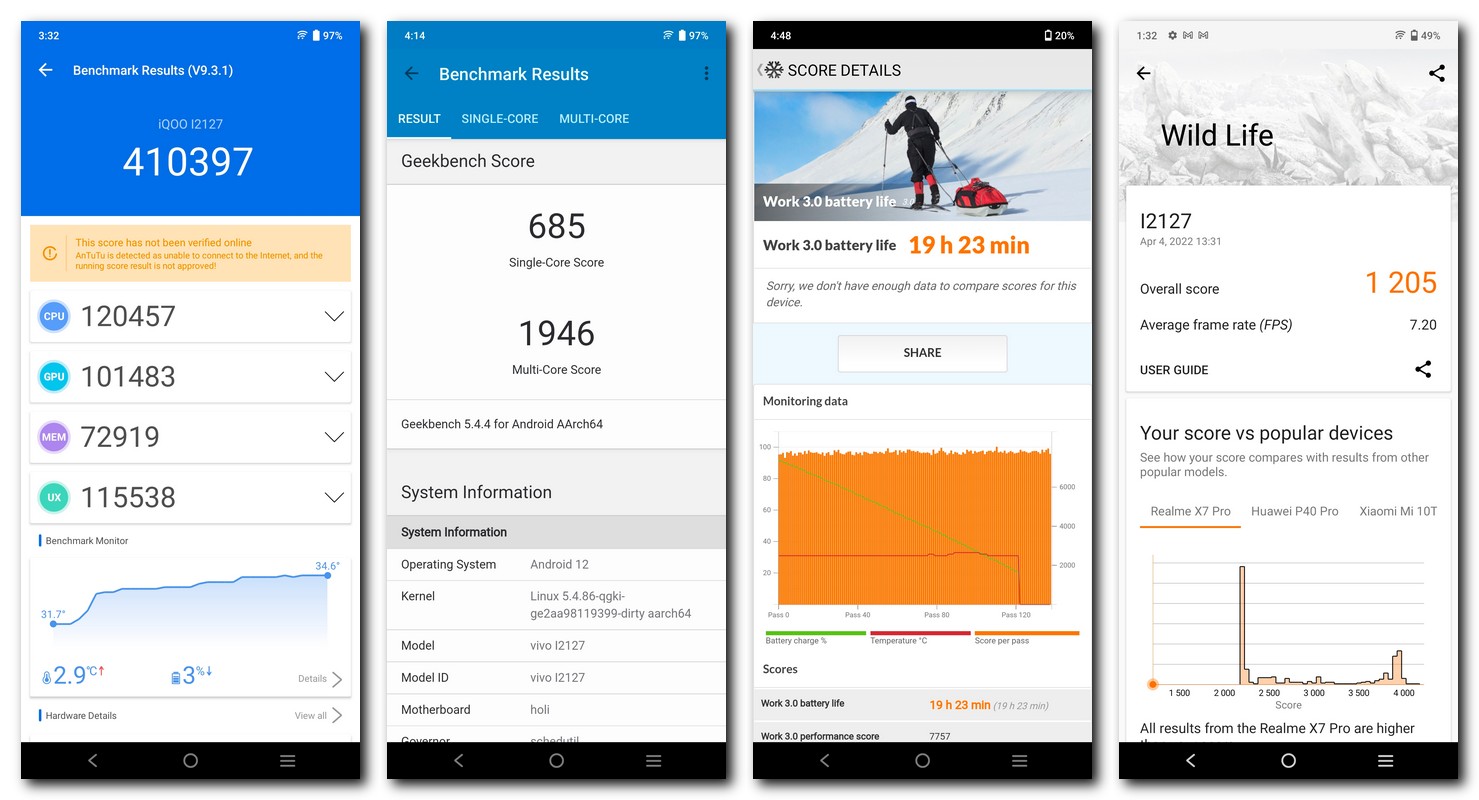 The iQOO Z6 is the cheapest phone with the Qualcomm Snapdragon 695 5G SoC. I previously encountered the chipset on the POCO X4 Pro (review) and I can’t say I was overly impressed with it. However, for the Z6’s starting price of Rs 15,499, I can think of no chipset better suited to gaming and CPU needs. Benchmark scores point toward that with Antutu V9.1.3 churning out a very healthy 410,397 overall score and Geekbench 5’s multi-core result logging 1,946. For some reason the CPU Throttle benchmark crashed, which is slightly troubling since the POCO X4 Pro throttled to about 73 percent of its peak performance. Even so, regular smartphone users will not notice a thing when it comes to tasks like app switching or operating heavy social media apps side-by-side. As far as BGMI gaming goes, the maximum frame rate setting is Ultra (45fps) at Balanced graphics. iQOO has detailed a 5-layer liquid cooling system designed to run games without frame drops for a substantial amount of time. My testing revealed that the phone heated up quite a bit under my fingers but not enough to cause any discomfort. There are 4GB, 6GB and 8GB LPDDR4X RAM variants available while the internal storage remains fixed at 128GB UFS 2.2. A microSD card slot is also available for an expansion in the storage by up to 1TB. 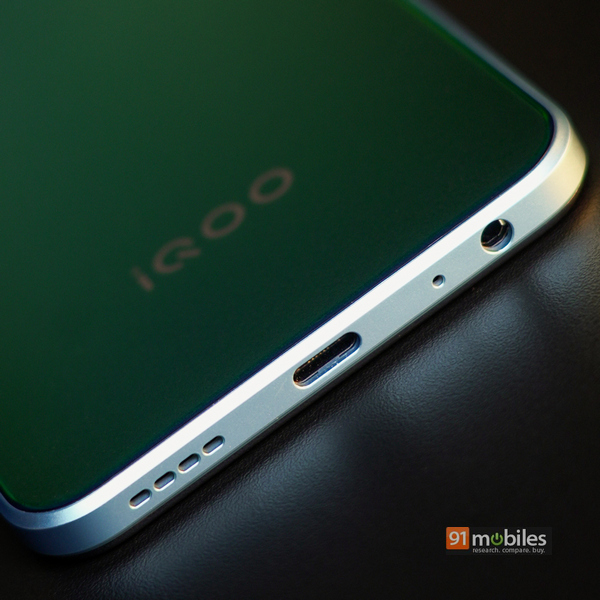 Other aspects of the iQOO Z6 include a single bottom-firing speaker which isn’t great but isn’t too bad either. You do have a 3.5mm headphone jack if wired audio products interest you but there is no Hi-res support like a few Redmi phones have in the same price bracket. 5G capabilities, while present, cannot be utilised until the Indian telecom market sets up the required infrastructure. If reports are to be believed, then the happy moment should arrive sometime next year. The fingerprint sensor works just fine and I was quite happy with the facial recognition system on the device as well. As far as software goes, the device packs in Vivo’s FunTouchOS 12 which is based on Android 12. You can read my iQOO 9 review for more details but the basic gist is that bloatware issues still persist although the thematic customisation options are pretty decent to play around with. 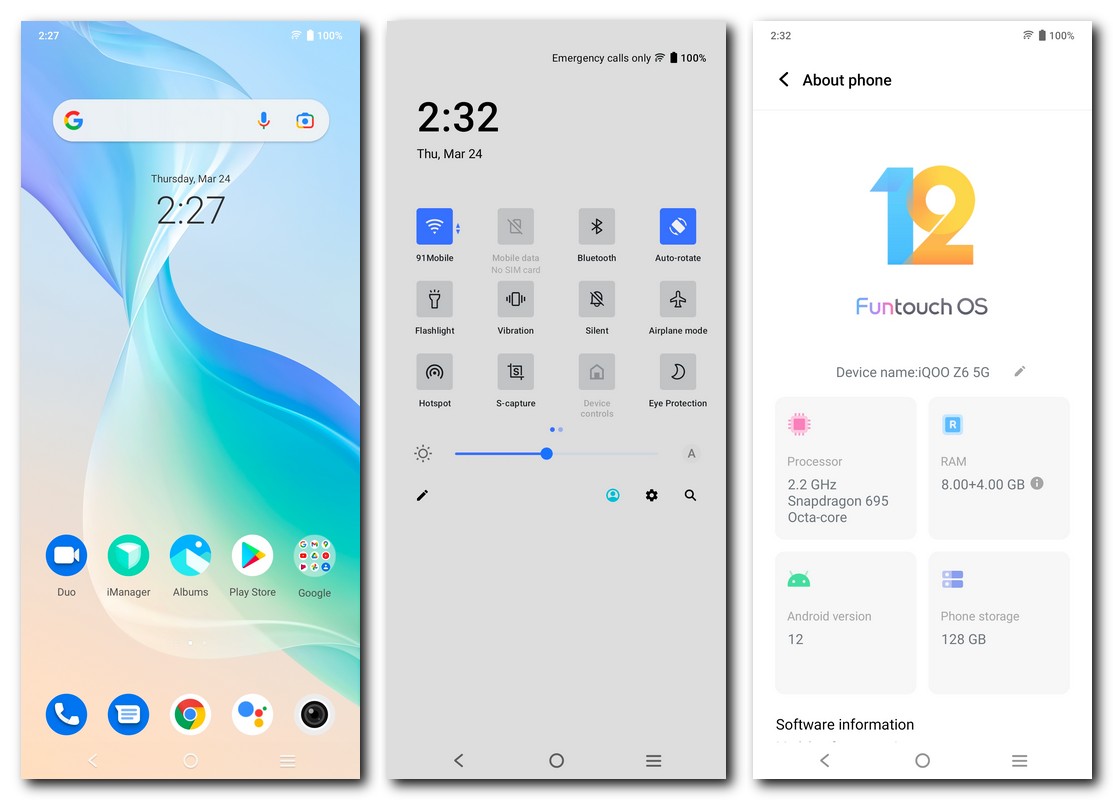 Inside the device, there is a 5,000mAh cell that has 18W charging support. Now, iQOO has made some tall claims regarding the Z6’s battery life with figures like 16.9 hours of Netflix or 22.6 hours of Facebook or even 8.5 hours of BGMI, on a single charge. My testing revealed that the phone offers about 6 hours of screen-on time. I watched several episodes of Modern Family on Hotstar along with a 2 hour run of BGMI and at the end, I had up to 45 percent battery left in the bank. PCMark’s Battery test showed a stupendous score of 19 hours 23 minutes which is the highest I have seen on a 5,000mAh battery. However, I do feel that charging speeds could be improved a tad bit as the 18W solution takes up to 2 hours to completely juice up the cell. 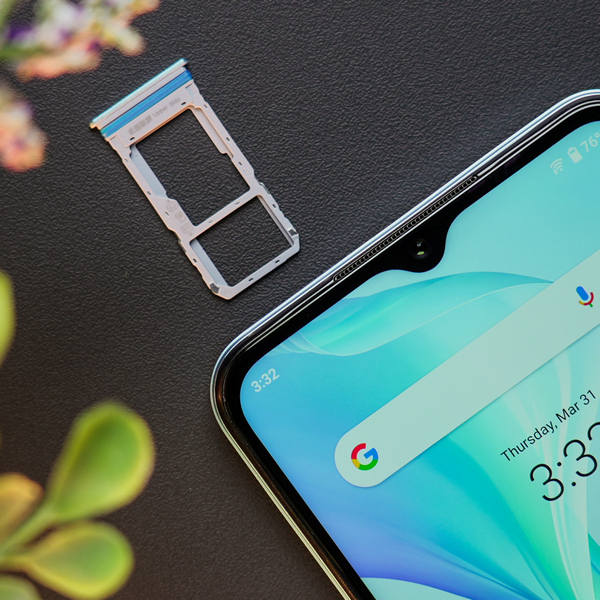 As a price-to-performance package, the iQOO Z6 is probably the fastest phone on the market in the budget space, not counting the Realme 9 SE 5G (review) which starts at Rs 19,999. I like how the Z6 blends in a good style while keeping the design robust and sturdy. Also, it comes with Android 12, which is a big plus in my books and the battery life is rather good. However, cameras lon the iQOO Z6 aren’t impressive, and the lack of a stereo output is a bummer as well. It doesn’t help that even though the device is on the latest software version, it is still riddled with a lot of bloatware. Even so, if processing prowess is what you are after and don’t care much about the optical capabilities, I feel that the iQOO Z6 could be among the best options in the affordable range. 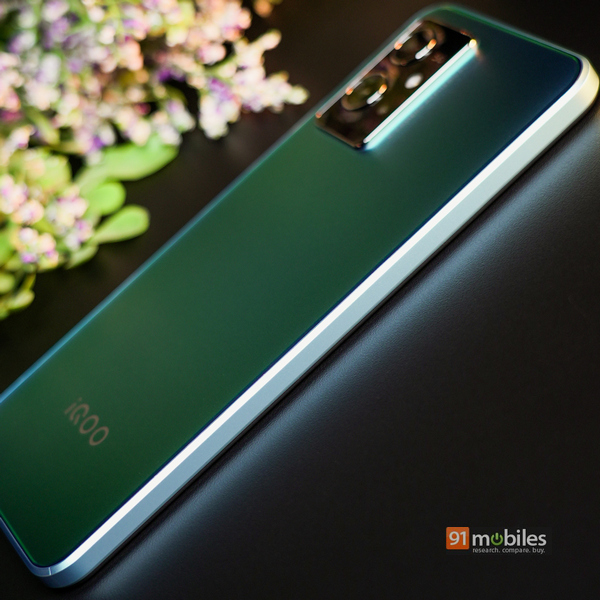