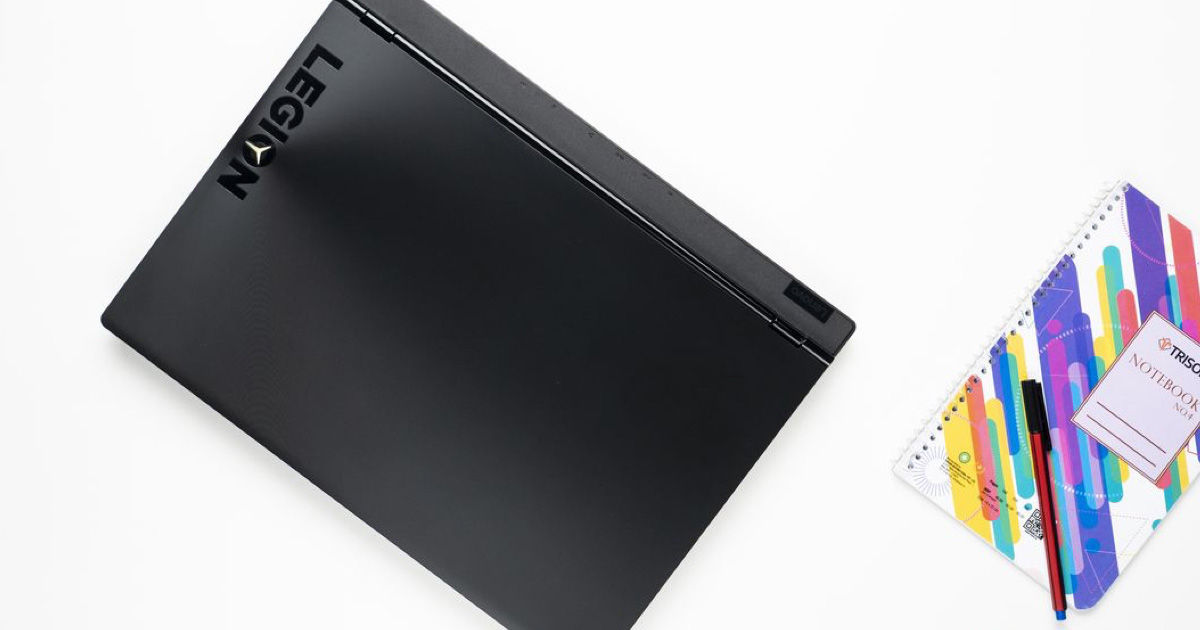 Did you know that Toyota’s sub-brand Lexus manufactures high-end sedans which cost upwards of a tens of thousands of dollars? So, you might be wondering as to why did the company go through the trouble of creating a sub-brand to sell luxury cars? Well, simply put, no one wants to buy a 100,000 dollar Toyota.

In a similar fashion, when you think of laptops from Lenovo, you’d probably picture thick and chunky ThinkPads, the ones with a red nub at the centre of the keyboard, right? Therefore, in an attempt to foray into the gaming segment, the brand had to come up with a new line of laptops catering to that specific niche too. Enter, Lenovo’s Legion product line which recently announced the Y530 and the Y730 laptops in the country. I was sent the Y530 for review and after using it as my daily driver for over two weeks, here’s what I make of it.

The Lenovo Y530 is unlike any gaming laptop I’ve seen as the machine doesn’t ship with glaring red accents on the lid, a striking keyboard with RGB lighting or fancy air vents. Instead, Lenovo has taken a more subdued approach towards the Y530’s design and the laptop comes in an all-black colourway without any edgy design elements. So much so, you could take the laptop out in a metro and you’d hardly attract anyone’s attention with its minimalistic design. Now, looks are subjective and therefore, you might want your laptop to look like a disco ball. However, I for one was immediately drawn towards the Y530’s somewhat professional aesthetic.

Moving on, the laptop’s hinge mechanism sets it further apart from the competition and you’ll notice that the hinge is a few centimeters apart from where the top of the device ends. The reason being, Lenovo has positioned most of the ports towards the back of the Y530. Now, there are two benefits of opting for this design language –

1 – You’ll be able to plug in a ton of cables to the laptop which will be out of your line of sight, thereby making your gaming setup look a lot cleaner.

2- The lid can be bent backwards a full 180-degrees, giving you more flexible viewing angles.

For the most part, the hinge mechanism feels solid and it keeps the lid stationary at every angle. However, there’s noticeable flex when you put pressure on the lid which results in warping on the laptop’s display.

Now, for all its cosmetic changes, the Lenovo Y530 is still a gaming laptop and unsurprisingly, the unit weighs a hefty chunk – 2.4Kg to be precise. Therefore, if you use public transport and can’t find a seat on a rainy day, then I can’t help but feel sorry for your shoulders.

On the flip side, the laptop’s thick chassis is a treasure trove of ports and with the machine, you’ll get three USB 3.1 Type-A sockets, a USB 3.1 Type-C port, a Mini DisplayPort 1.4, a headphone jack, an HDMI 2.0 port, and an Ethernet port. Suffice it to say, you’ll find it hard to relate to consumers complaining about the #donglelife with the Y530.

As for the display, the laptop ships with a 15-inch, near-edgeless, FHD panel with a refresh rate of up to 144Hz. That said, you’d be hard-pressed to utilise the high refresh rate (at least on the model I was sent for review) owing to hardware limitations. I’d also like to point out that the display’s uber-sleek bezels come at a cost, that being the awkwardly placed webcam.

While the quality of the camera is on par with the competition, I seriously doubt you’d want to use it for video calls – that is unless you want people to look up your nose. Moving on, the display ships with an antireflective coating on top which works as advertised. However, owing to the presence of the coating, the display exhibits slightly muted colours. Moreover, the peak brightness level of the panel is capped at 300 nits, which isn’t too high and you’ll definitely struggle to use the laptop outdoors, under the sun. But then again, I don’t see why you’d want to lug around the Legion Y530 on a family picnic.

The keyboard on the Lenovo Legion Y530 is arguably its weakest link. I’ve been using the laptop for over two weeks and I still haven’t gotten used to typing on it. While the keyboard offers a spacious layout and a satisfactory key travel of 1.7mm, the keys don’t feel very tactile. Moreover, I noticed that the chassis flexes when you apply pressure at the centre of the keyboard, which is bound to happen during intense gaming sessions. On the bright side, if you’re a numbers guy, then you’ll appreciate the inclusion of a full-size numpad with the Y530. Moreover, you’ll also get a backlit LED support with the keyboard which should help you type at night.

While I wasn’t sold on the unit’s keyboard, the trackpad on the laptop is a different story altogether. The Legion Y530 ships with an excellent trackpad which sports a matte finish and is backed by Windows Precision drivers. Therefore, I was able to seamlessly switch between applications and jump in and out of different desktops by using gestures.

The Lenovo Legion Y530 features a pair of bottom-firing speakers, but the speaker grill has been positioned under the laptop’s angular edges. Consequently, you won’t muffle the sound output if you lay the laptop flat on a surface. As for the sound quality, the speakers get adequately loud albeit muddy the audio at high volume levels. That said, I am certain that prospective buyers reading this review will want to pair the laptop to a dedicated gaming headset.

But can it run PUBG? I know that’s a burning question for all the gamers in the audience but before I answer that, let’s get the specs out of the way. My review unit of the Lenovo Legion Y530 ships with an Intel Core-i5 8300H processor which has been clocked at 2.3GHz. The processor has been paired with 8GB of RAM and a hybrid storage system comprising a 128GB SSD and a 1TB HDD. For graphics, the laptop is furnished with a Nvidia GTX 1050 Ti graphics card with 4GB of GDDR5 memory. That said, if you need more horsepower, then you can get the laptop with a Core i7-8750H processor and a Nvidia GTX 1060 GPU too.

To get a gauge on the laptop’s gaming prowess, I ran PUBG at the highest possible settings (the resolution was capped at 1080p) and got a respectable frame rate of around 61fps during intense gun battles. I also managed to run Rise of the Tomb Raider at the highest graphics preset, with the built-in benchmark averaging around 53fps. Lastly, I installed Just Cause 3 on the laptop which launched a few years ago, but is still a demanding title owing to its open-world sandbox format. With the settings set to max, I was able to achieve a stable frame rate of 60fps once again on the Legion Y530.

Consequently, you should be able to play the current crop of AAA titles on the laptop at high graphics settings just fine. That said, I will advise you to opt for the model with 16GB of RAM as it will give you some headroom for when you’re running multiple applications in the background as well as a demanding game simultaneously.

Running graphically intensive titles take a toll on a laptop’s thermals. Therefore, to ensure things stay frosty inside, Lenovo has furnished the Y530 with a dual-channel thermal system with separate CPU and GPU cooling. What’s more, the laptop also comes with two separate fans with 70 individual blades which theoretically should reduce the fan noise. In practice, however, I had to resort to using a pair of headphones to drown the noise from the machine. Thankfully, the laptop’s chassis stayed cool to the touch and even when I was dabbling with heavy workloads, the temperature never spiked over 40 degrees.

If you’re curious about the benchmark scores, then you should know that my review unit of the Legion Y530 scored 4,431 points on PC Mark 10. In CrystalDiskMark, the laptop’s 128GB SSD performed admirably in the sequential tests, averaging 1300MB/s read speeds and 379.7MB/s write speeds respectively.

Unfortunately, much like most other gaming laptops in the market, the Legion Y530 too trades battery life for performance. During my testing, the machine’s 52.5WHr battery drained completely in just four hours of moderate usage. What’s more, in our battery eater pro test, the laptop drained completely in just 56 minutes. Suffice it to say, you will have to carry the 135W charger with you if you plan on using the Legion Y530 when you’re out and about.

The Lenovo Legion Y530 starts at Rs 89,199 and for the price, it gets a lot of things right. The laptop offers solid gaming performance, runs cool for the most part and stands out from the herd of other gaming-centric rigs with its minimalistic design. That said, there’s no shortage of options for buyers who want to save some bucks and want an equally solid gaming machine. If you can forego the fancy looks of the Legion Y530, then you could instead opt for the Dell G3 (starts at Rs 79K), which offers the same specs but at a considerably lower price point. Moreover, if you do decide to go for the Legion Y530, then I’ll recommend you opt for the model with the GTX 1050 Ti as you’ll get a ton more performance out of the laptop for a marginal increase in the price tag. 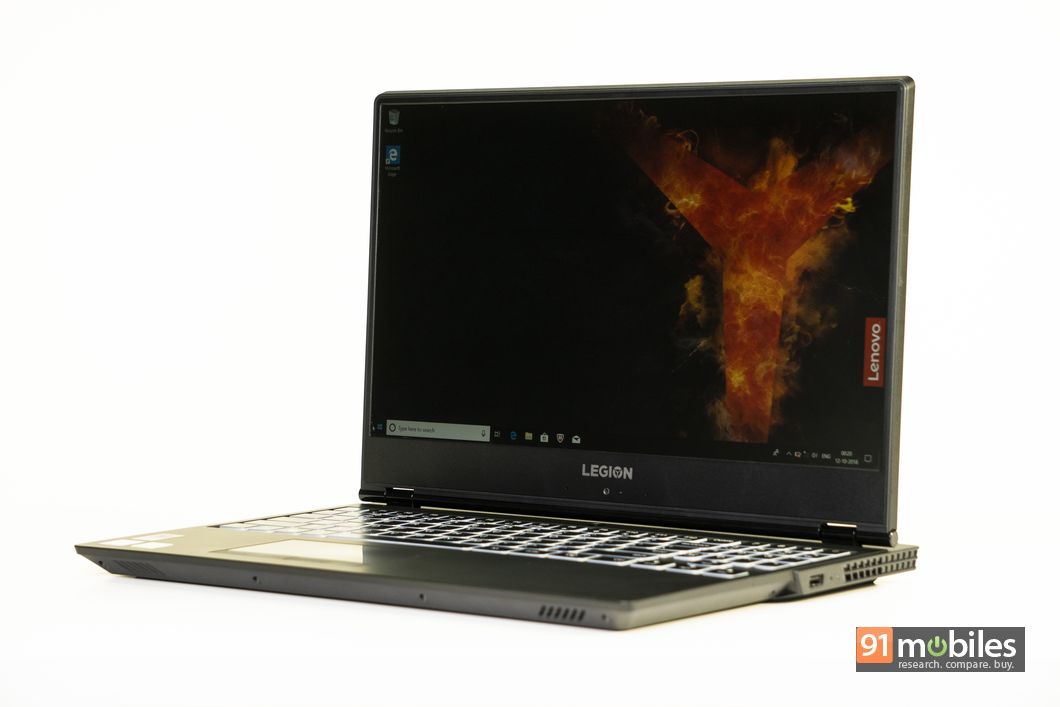 Everything considered, the Legion Y530 is a solid entrant in the gaming segment and the laptop will undoubtedly sway a lot of buyers to Lenovo’s doorsteps.