91mobiles.com
Home Reviews OPPO F19s review: an eye-candy of a phone that needs more in... 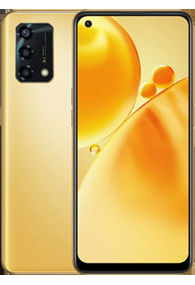 OPPO has unveiled a new smartphone in India in the form of the OPPO F19s. The device joins the F19 lineup of devices which consists of the F19 (review), F19 Pro and F19 Pro+ (review). The smartphone maker has been known to flaunt sleek finishes on its devices, and the F19s looks to be no different. Let’s find out more in this detailed inspection of OPPO’s latest smartphone. 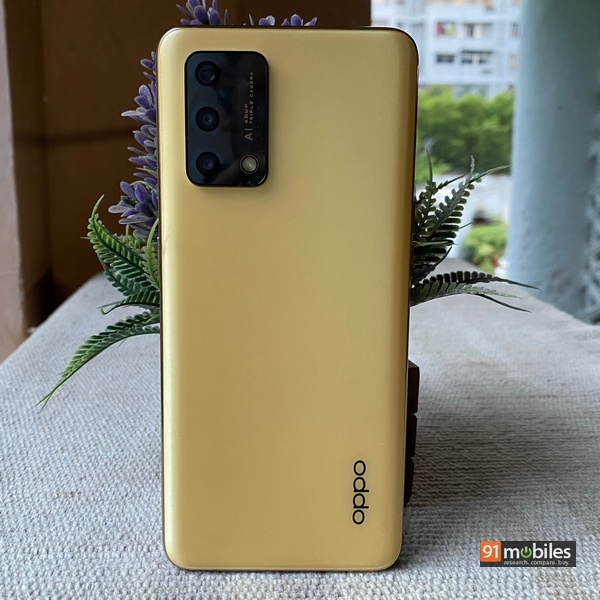 The OPPO F19s has the looks going for it, along with a pretty decent primary camera along and long battery life. Apart from that, there are very few avenues in which the device excels and its not-so-great performance could make it a tough recommendation. 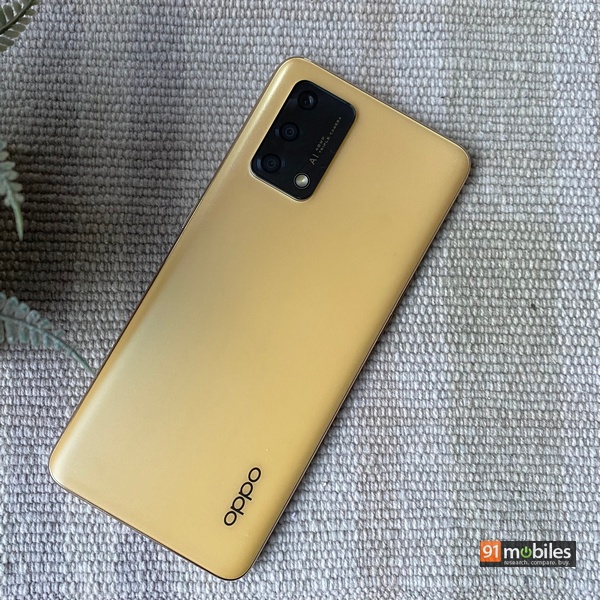 The OPPO F19s is encompassed in a slick form factor with a rather thin chassis made from durable polycarbonate material. The matte finish on the back is quite to my liking as is the Glowing Gold colour scheme with matching rails on the side. The triple-camera setup has a slight protrusion at the back, making the phone wobble on a flat surface. The volume rocker buttons are present on the left side while the power button sits on the right. There is some weight to the phone thanks to the 5,000mAh battery housed inside, but kudos to the design team for wrapping it up in a slim package. On the bottom, you can see the 3.5mm headphone jack, speaker, and USB C port. There is no physical fingerprint sensor present, as OPPO has made use of the in-display variety. From the standpoint of looks and ergonomics, the Redmi Note 10 Pro does give the F19s a run for its money but overall I’ll choose the latter for its ultra-sleek form factor. 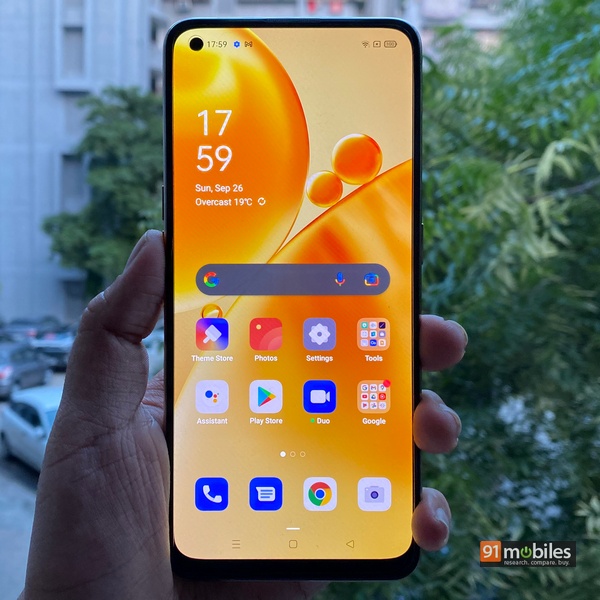 On the front, I am greeted by a 6.43-inch Super AMOLED panel with 60Hz refresh rate. Many OEMs in the affordable and mid-range segments have made the transition to smoother displays with 90Hz and even 120Hz refresh rates, but not the OPPO F19s. Even so, the AMOLED panel provides an enjoyable viewing experience in general, as the very nature of the display, as opposed to IPS LCD, entails richer colours, better viewing angles, and deeper blacks. However, there’s no HDR10 certification, though you do get WideVine L1 support for HD content on OTT platforms. Brightness levels are acceptable, and I had very little problems with legibility under harsh sunlight. I do like the extremely small punch-hole present on the top right for the selfie shooter and the minimalistic bezels present around the panel except for the rather large chin. 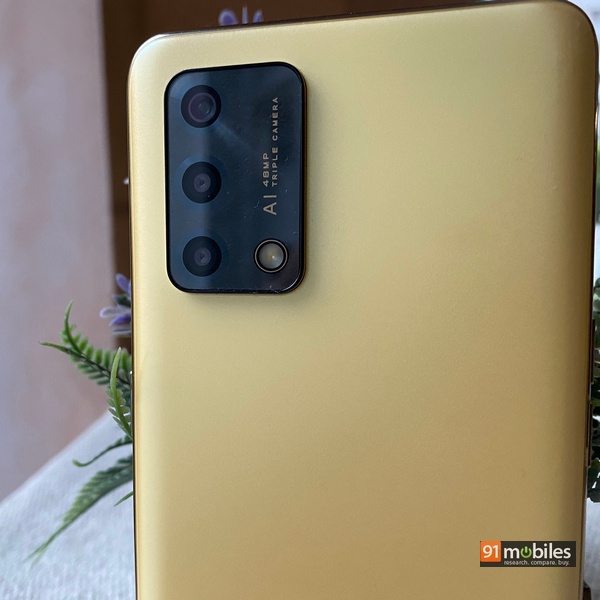 OPPO’s smartphones are usually packed in the camera department. The F19s has a triple-lens set up with the primary camera being a 48MP shooter which is supported by a 2MP macro and 2MP depth while on the front is a 16MP selfie camera.

The daylight images from the device are very good with an eye towards detailing although the usual OPPO-branded saturation creeps in from time to time. HDR capabilities of the sensor bring in a distinctive look to the shots which is quite easy on the eye and the dynamic range is also quite good. Autofocus is snappy and the shutter speeds are also quick. I am disappointed that there is no ultra-wide sensor included which has much more useful implications in photography than the low-resolution depth and macro sensors. Low light photos are also surprisingly detailed without even needing the dedicated night mode. However, the sensor takes a long time to autofocus and only after several taps on the subject does the image look sharp. Highlights of the subject are prominent and the deep blacks in the shadows match quite well with the lit-up areas in the frame. The selfie camera is also quite good with facial details in sharp focus and a good amount of exposure control on the scene behind the subject. 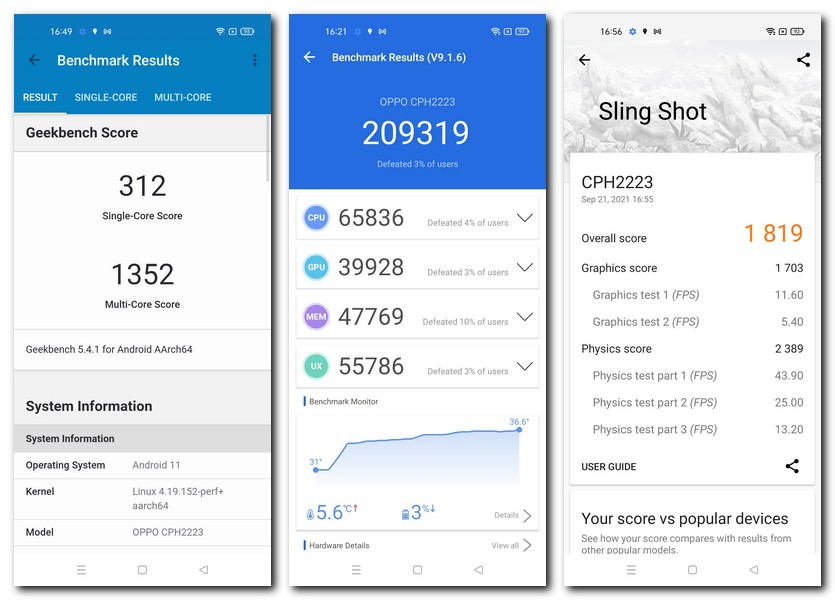 The Qualcomm Snapdragon 662 chipset that is at the helm of the OPPO F19s’ processing capabilities is rather old and outdated. While benchmarks don’t encompass the entirety of a smartphone’s performance capabilities, they do give a general idea as to what you can expect from the device. When I see an overall score of 209,319 on Antutu V9.1.4 it tells me that the phone is not very efficient at pushing through intensive smartphone tasks as other smartphones in its price range. My day-to-day usage is not very processor-heavy, involving mostly browsing through my social media applications and Chrome. The phone is offered with 6GB of RAM which can further be expanded by 5GB as virtual RAM while the internal storage remains at 128GB. 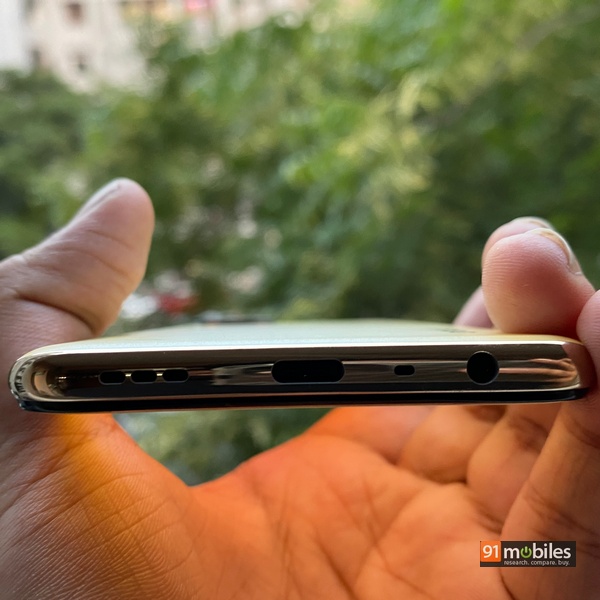 When I played a GPU-intensive game, the experience wasn’t great with a lot of frame drops visible on the likes of BGMI. Even the Graphics settings are restricted to Smooth and Frame Rate to High, something seen only in entry-level devices. The UI navigation feels slightly jagged, with the phone lagging when switching from a heavy application to Chrome or to the camera app. Authentication via facial recognition works smoothly but the same cannot be said about the fingerprint sensor. 4G worked about as well as you can expect on Jio’s Noida network with no call drops to report. Also, the single bottom-firing speaker doesn’t feel very adequate, and OPPO should have included is stereo output through the earpiece. OPPO has improved its ColorOS skin a lot over the years giving it a much more clean and stripped-down look but the familiar bloatware problem is still persistent. 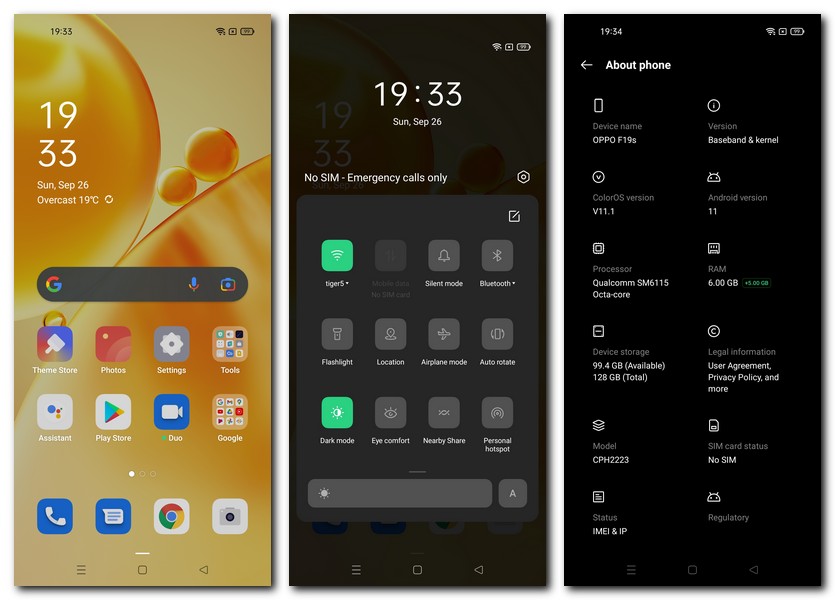 Powering the setup is a 5,000mAh battery which is impressively packed into the thin chassis of the OPPO F19s and backed up with 33W of fast charging. The Snapdragon 662 doesn’t draw too much power but its big 11nm manufacturing also makes it less efficient with the power it is drawing at least as compared to newer generation chipsets. On a good day with minimal usage which entails checking my email, a couple of hours of YouTube, and browsing through Chrome, the phone easily lasts for more than a day. However, you will be looking for the charger before you sleep when putting the phone through more intensive tasks like gaming. It takes about 80 minutes for the battery to fully charge which is in the acceptable territory. 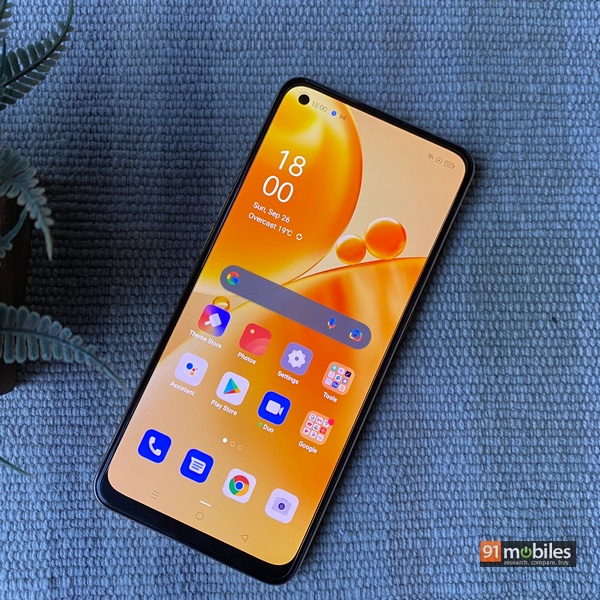 The OPPO F19s packs in specs that leave a bit to be desired, especially when price is taken into consideration. The AMOLED panel is a compelling highlight, and the photo-taking capabilities of the device are certainly very good too. Even so, with the sub-par performance along with the lack of a higher refresh rate panel or HDR10 certification, the odds are certainly not in favour of the F19s. To OPPO’s credit, the company has delivered a sleek, robust device with decent battery life and a primary camera that can take reasonably good shots. If these are characteristics that appeal to you, the F19s should be worth a closer look. 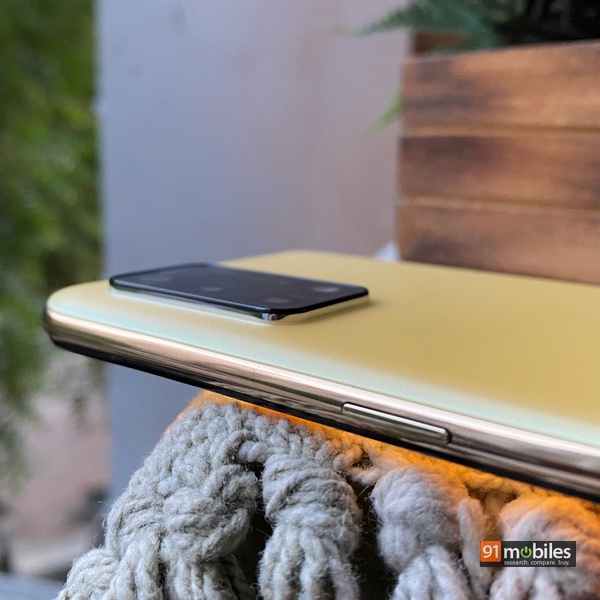