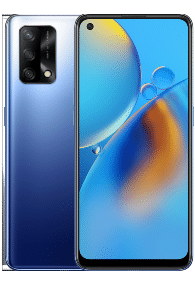 Last month, we took a close look at the OPPO F19 Pro+ 5G (review) and the OPPO F19 Pro (review) smartphones to see how they stack up in the sub-Rs 30,000 and sub-Rs 25,000 segments. OPPO later launched the F19, which is the vanilla version of the Pro models, priced under Rs 20,000. The OPPO F19 comes with a few interesting features, such as an AMOLED display, 33W fast charging, and a 5,000mAh battery. However, the sub-Rs 20,000 segment is quite competitive and the OPPO F19 has its work cut out. I reviewed the phone for a week to see whether the OPPO F19 has what it takes to stand out from the crowd.

Priced under Rs 20,000, the OPPO F19 is a good-looking phone with a decent display and fast charging support. However, the smartphone does not deliver an all-around experience and feels a little underwhelming compared to what the competition is offering in this segment. 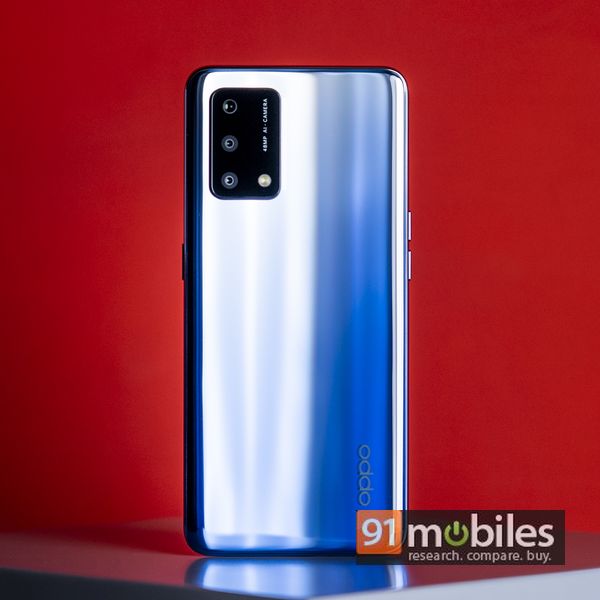 The OPPO F19 borrows quite a few design elements from its F19 Pro siblings, so you know it is part of the same family. You get a corner punch-hole camera on the front and a rectangular rear camera module. On second thought, the OPPO F19 has a very familiar design. You’ll see a few Realme phones with a similar design language as well. The OPPO F19 distinguishes itself with its colour and finishing though. The phone gets a glossy, semi-reflective rear panel that comes in Midnight Blue and Prism Black colour options. The blue coloured unit that I received collects tons of fingerprints and smudges, which was off-putting.

There’s no denying the OPPO F19 is a sleek phone. It measures around 7.38mm in thickness and weighs 175 grams, making it pretty slim and lightweight. It is an easy phone to work with and the buttons on the frame feel solid and clicky. You get a 3.5mm headphone jack, a Type-C port, and a SIM tray that accommodates two SIM cards and a microSD card. 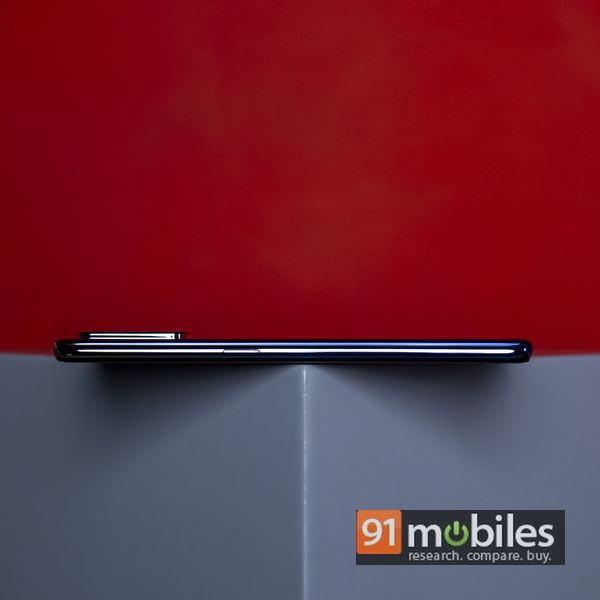 Moving on to the display, the OPPO F19 gets a 6.43-inch FHD+ AMOLED screen with a corner punch-hole camera. The display comes with a standard 60Hz refresh rate, which may disappoint some, since there are phones like the Redmi Note 10 Pro Max that offers a 120Hz AMOLED display at a similar price point. The standard 60Hz refresh rate won’t offer the same buttery smooth scrolling that phones with screens featuring higher refresh rates can deliver, but the display itself looks good with vibrant colours and decent brightness levels. I did find the screen a little hard to read under intense sunlight, but it’s not a deal-breaker. The touch response does feel sluggish at times and only improves to 180Hz when Game Mode is enabled. 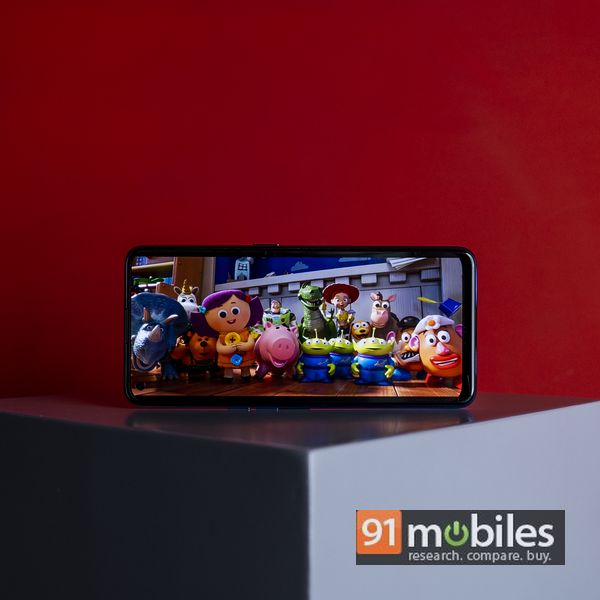 I watched a Netflix documentary, called a Night on Earth, in full HD resolution. The show was great to test the deep blacks of the AMOLED display and crisp clarity in 1080p. Overall, the OPPO F19 offers a fine screen for consuming media, but it might not be ideal for gaming enthusiasts. 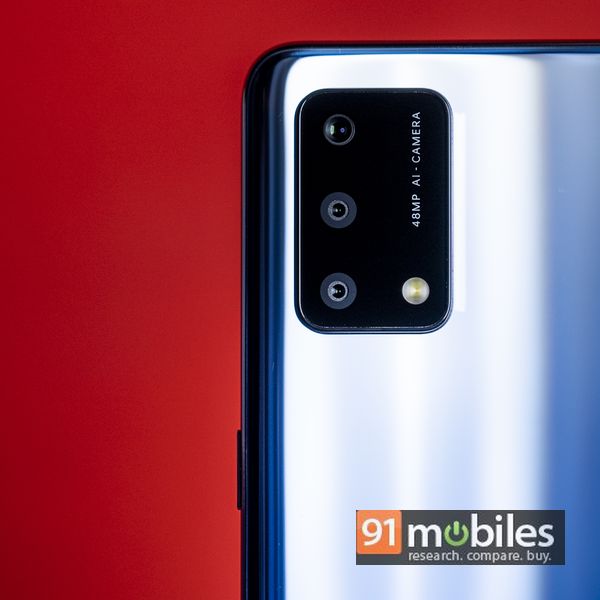 The rear camera system includes a 48MP primary sensor, a 2MP depth sensor, and a 2MP macro lens. Unfortunately, the phone misses out on a wide-angle lens, which I feel could have replaced one of the 2MP sensors. The main camera is a capable shooter during the day. Photos look detailed and colours look good. There’s not a lot of dynamic range as some of the darker areas look extremely dark. The macro lens offers decent clarity but colours look washed out. I feel a wide-angle lens would have been handier than a macro lens. 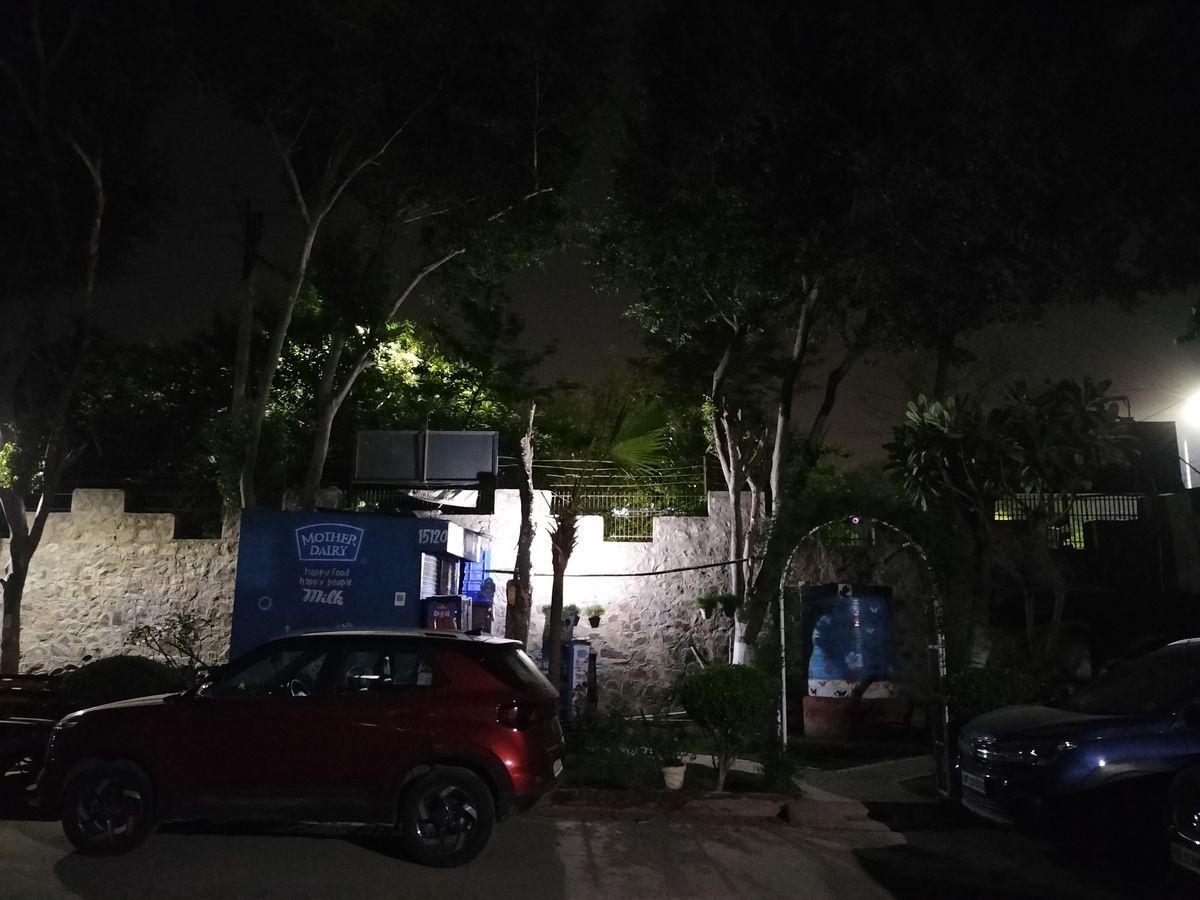 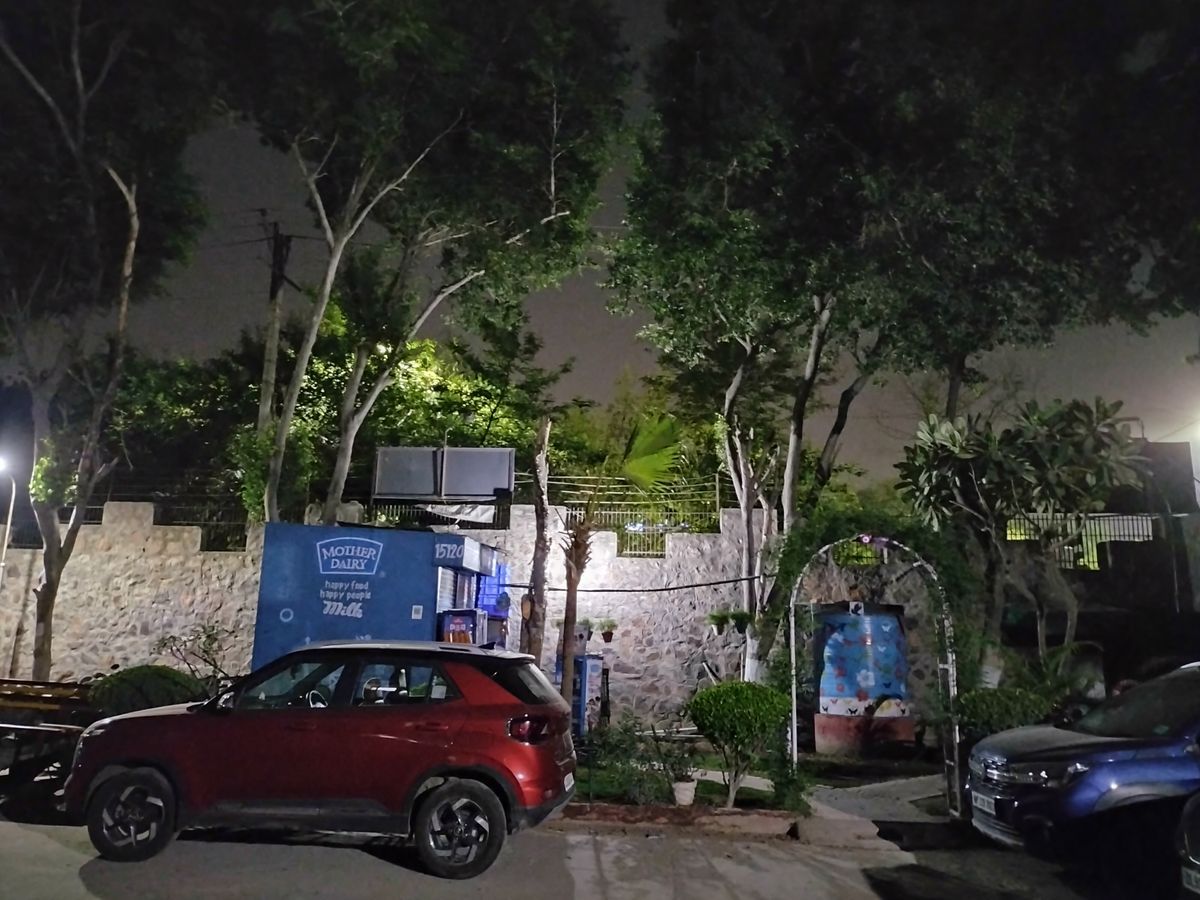 The Night mode is able to drastically improve the brightness in a low light scene, although it doesn’t do a great job at reducing noise. The problem was that processing a photo in Night mode takes ages and that can get pretty annoying. The front camera tends to slightly oversharpen selfies in daylight and the portrait mode overexposes the image. However, colours look on point and they make photos look pleasing. The OPPO F19 is powered by the Snapdragon 662 chipset paired with 6GB RAM and 128GB internal storage. This octa-core chipset was introduced in January 2020 and offers a peak clock speed of 2GHz. Honestly, the processor is not going to blow your mind in terms of performance. Benchmark scores will tell you that it can’t really match the MediaTek Dimensity 800 chip powering the Realme X7 5G and the Snapdragon 732 SoC powering the Redmi Note 10 Pro Max. 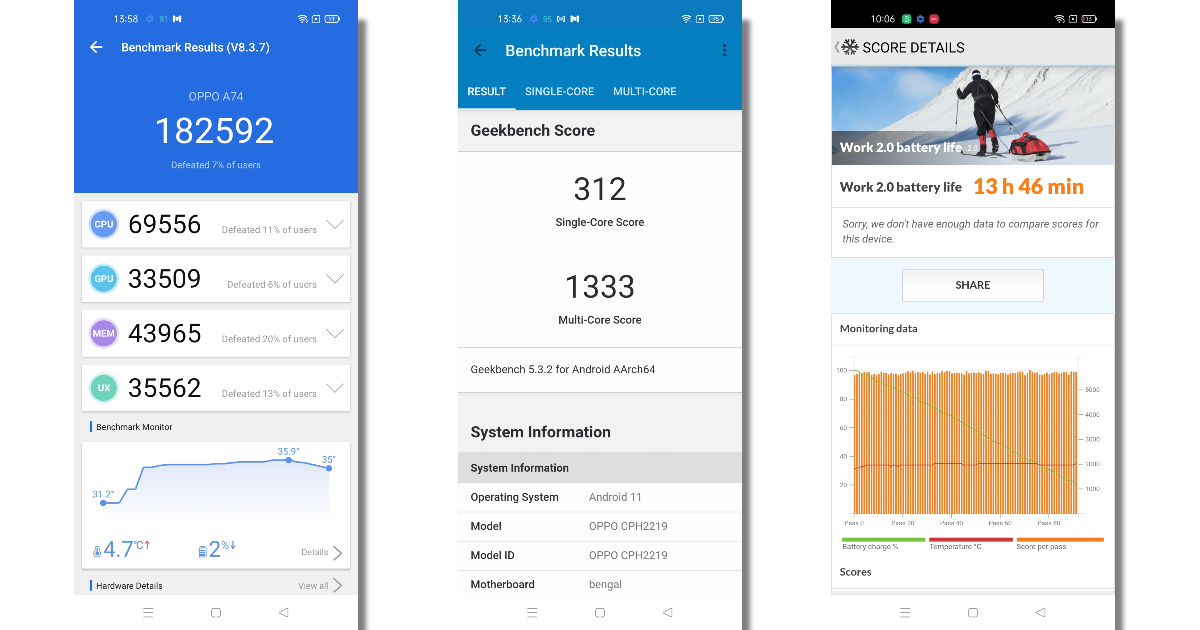 When it comes to regular day-to-day usage like messaging and checking emails, the phone feels a little sluggish compared to rivals in this category. Apps take longer to open and switching between apps is not as smooth as well. OPPO F19 is also not the best phone in this segment if you’re into heavy gaming. Games like Call of Duty run in a combination of high graphics and medium frame rate, or low graphics and high frame rate. Either way, you won’t experience the highest gaming performance. At these settings, the game runs mostly well with some stutters and slightly laggy touch response. I was still able to complete a game with a high number of kills if that helps. 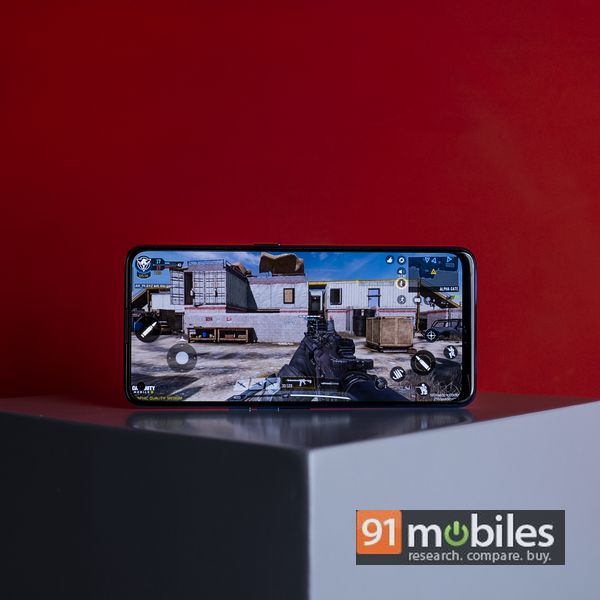 The OPPO F19 runs Android 11-based ColorOS 11 out of the box. If you are familiar with OPPO’s custom skin, you will know it comes with a few pre-loaded apps including OPPO’s custom browser and others that can sometimes push out spammy notifications. The bloatware can be manually reduced after which you’re left with a fairly clean and easy-to-use UI. ColorOS comes with tons of customisation options for users, such as the ability to change the font, app logos, and more. You also have features like the Always-On display, though its functionality on the OPPO F19 is limited. You won’t be able to create colourful and personalised AOD designs on the F19 as you can on more premium OPPO phones. 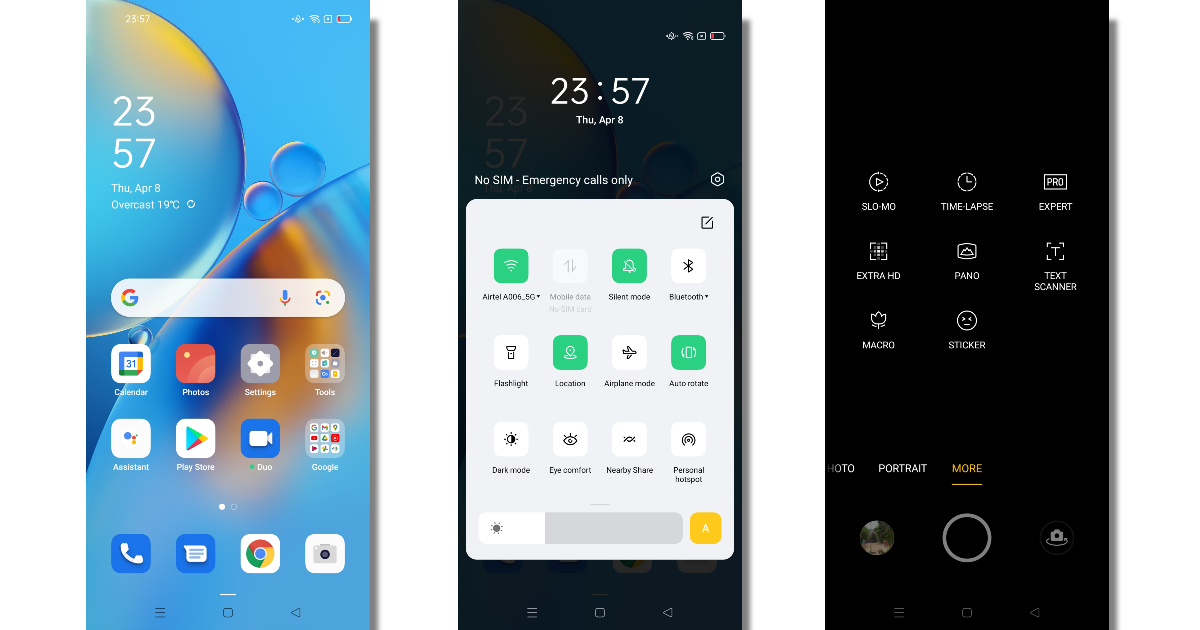 Coming to the battery, the OPPO F19 packs a 5,000mAh unit which is adequate for a full day’s usage. Even on days with heavier workloads or gaming, the phone will still last you through the day. However, the chipset is not extremely energy efficient, so you will notice standby battery drain higher than that of the competition. You will definitely see the battery life reduce significantly with AOD enabled. The OPPO F19 supports 33W fast charging and it takes around an hour to fully charge from zero to 100 per cent.

The OPPO F19 has a few things going for it. It offers a sleek and attractive design that is not easy to find in the sub-Rs 20,000 segment. It also comes with an attractive AMOLED display and 33W fast charging support, which are useful features. Just for these aspects alone, the OPPO F19 can be a good buy if you are looking to upgrade from an older OPPO smartphone.

That said, the sub-Rs 20,000 is extremely competitive right now. You can find some stellar devices from Realme, Xiaomi, and Samsung that offer better features at the same (if not lower) price points. The OPPO F19 finds itself among the likes of the Realme 8 Pro (review), Redmi Note 10 Pro Max (review), and more that offer features like a 120Hz AMOLED display, up to 108MP cameras, and superior performance compared to the OPPO F19.