Philips has been a household name in India in the appliance segment. The brand offers products ranging from LED bulbs to trimmers to smart TVs. Now, Philips might not come to mind instantly when looking for a 55-inch 4K smart TV in India, what with names like Xiaomi, Vu, Samsung, Sony, and LG around. But Philips wants to change how you feel about its smart TV range with its new 8200 Series lineup. Philips is offering 4K TVs in 50-inch, 55-inch, 65-inch, and 70-inch sizes under this series, and today we’re taking a look at the 55-inch model.

The Philips 55-inch 4K LED TV may not be as premium-looking as TVs from brands like Sony and Samsung, but Philips has done well to make sure it doesn’t look like a low-end TV either. Right out of the box, the first thing I noticed was the slimness of the bezels on the sides and the top. The frame feels metallic and premium although the casing is inherently plastic. It also isn’t the slimmest smart TV out there, but neither does it feel too bulky, I feel Philips has hit a sweet spot in the price-to-design ratio and you will be satisfied with how the TV looks for the money you pay for it. 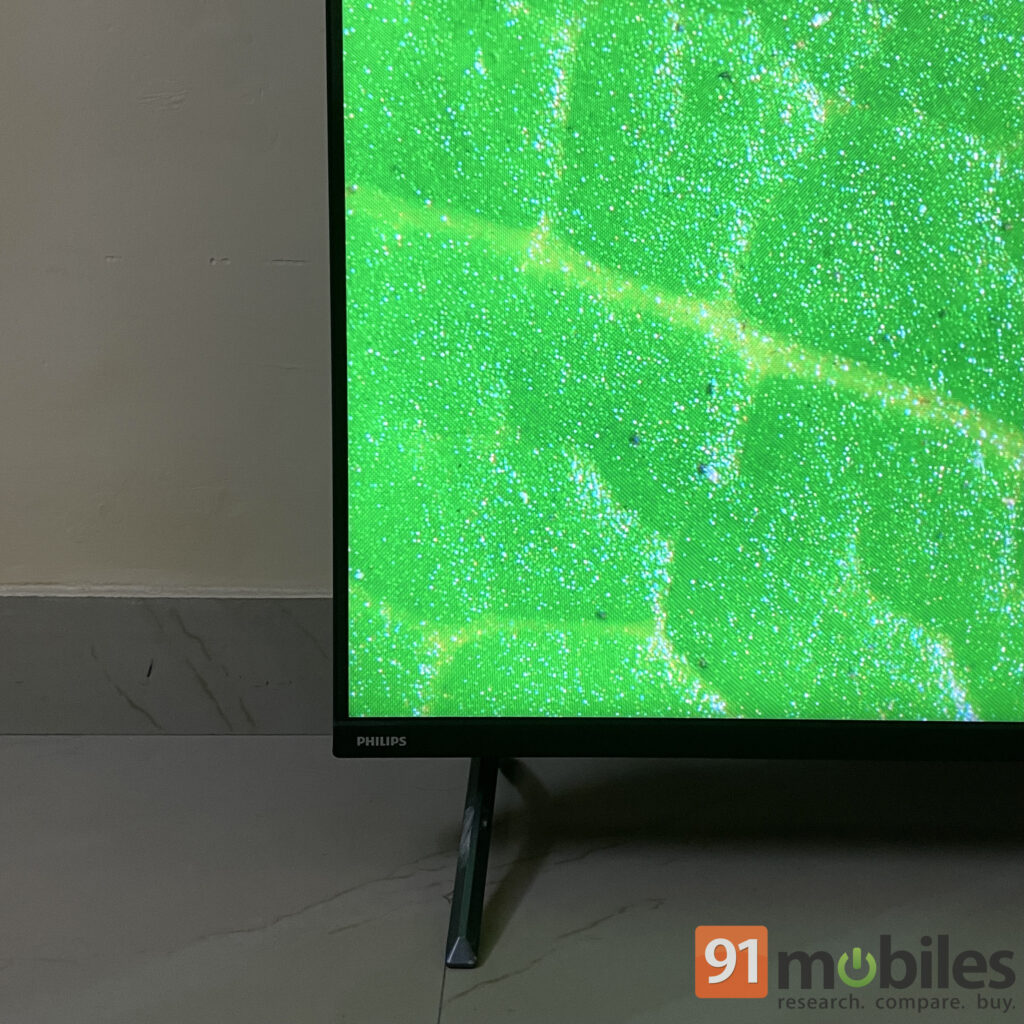 The 55-inch Philips 4K TV comes with plenty of ports for your connectivity needs. On the side, you get a USB port, a 3.5mm headphone jack, and an HDMI port. On the bottom, you’ll find three more HDMI ports, another USB port, a TV antenna port, a network port, and Digital Audio Out. The box includes solid and sturdy metallic stands and the unit weighs around 11.8 kg, so you will need an extra pair of hands to help you remove the TV from the box.

Picture quality is easily the most important aspect when it comes to TVs, and at least in some cases, separates the budget TVs from the premium ones. The Philips 8200 55-inch 4K TV’s IPS panel offers a pretty enjoyable picture quality. The display might not be as rich and crystal clear as QLED TVs, but the Philips TV does offer excellent clarity and good colour reproduction. Philips highlights that the TV comes with P5 Picture Engine, which supposedly offers improved details and vivid colours while offering natural skin tones. This is true as Vivid mode does offer brighter colours while keeping skin tones natural rather than oversaturated, something that I find annoying in my 43-inch Mi TV 4X. 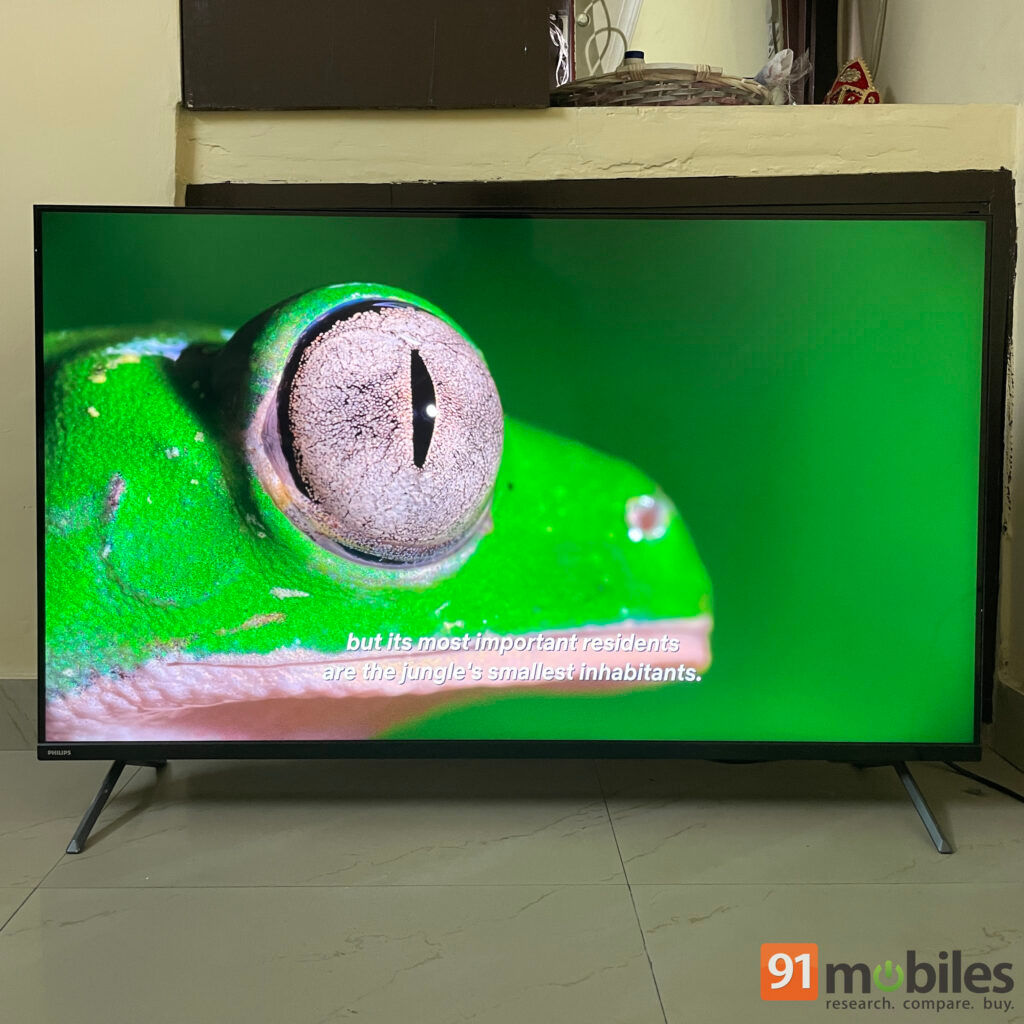 The Philips TV supports Dolby Vision and Dolby Atmos as well. Dolby Atmos content can be found in Netflix, Prime Video, and Hotstar and I watched a few titles like Loki and The Tomorrow War. Dolby Vision content looked crisp and vivid, with plenty of brightness. There is some motion smoothening by default which I wasn’t a fan of while watching these titles, but you might enjoy it while watching sports-based content like Formula 1: Drive to Survive. 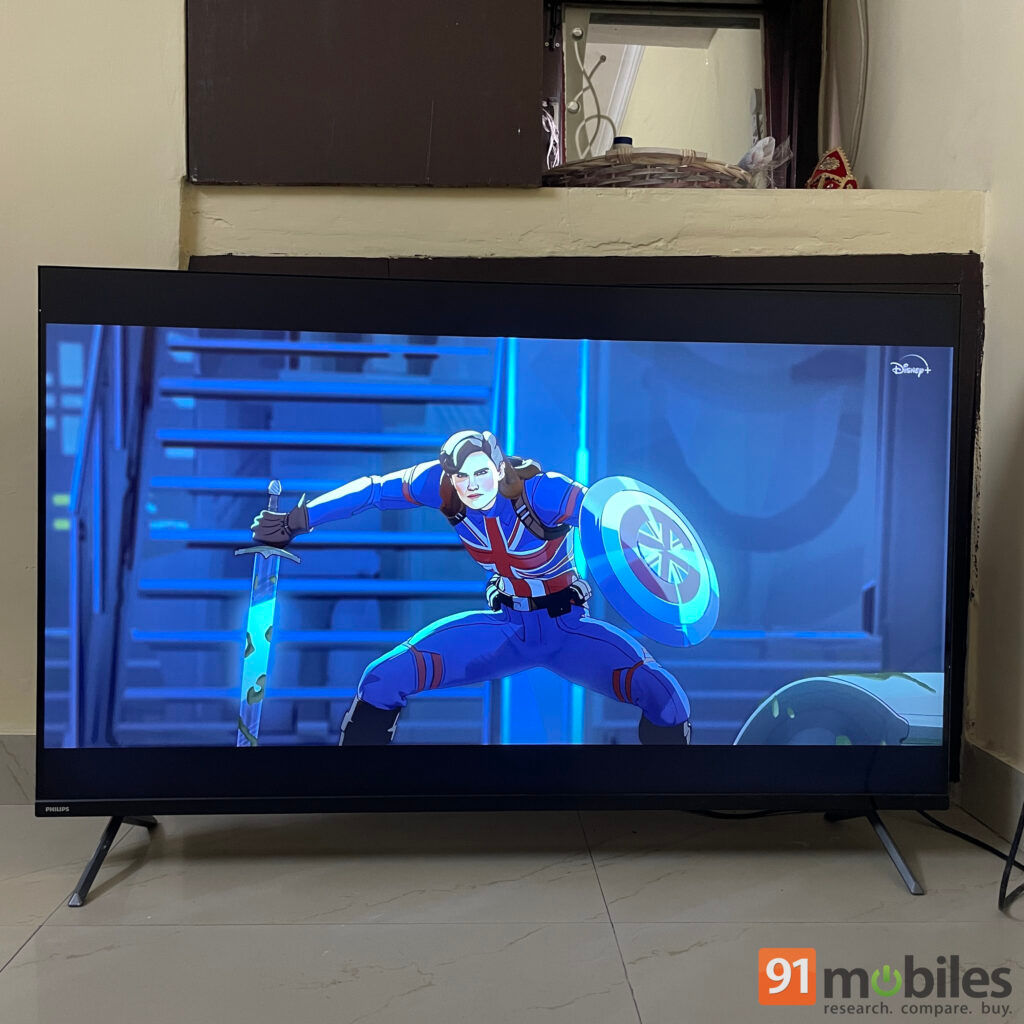 HD upscaling is decent on the Philips TV but I did notice some noise and grains in darker parts of the screen like when watching space scenes in Interstellar. Blacks weren’t inky deep but daytime scenes looked great. Old sitcoms in SD are also upscaled to look sharper but you can expect to see plenty of grains and pixelation. You’re better off with a smaller 43-inch TV if you like watching older shows and movies. 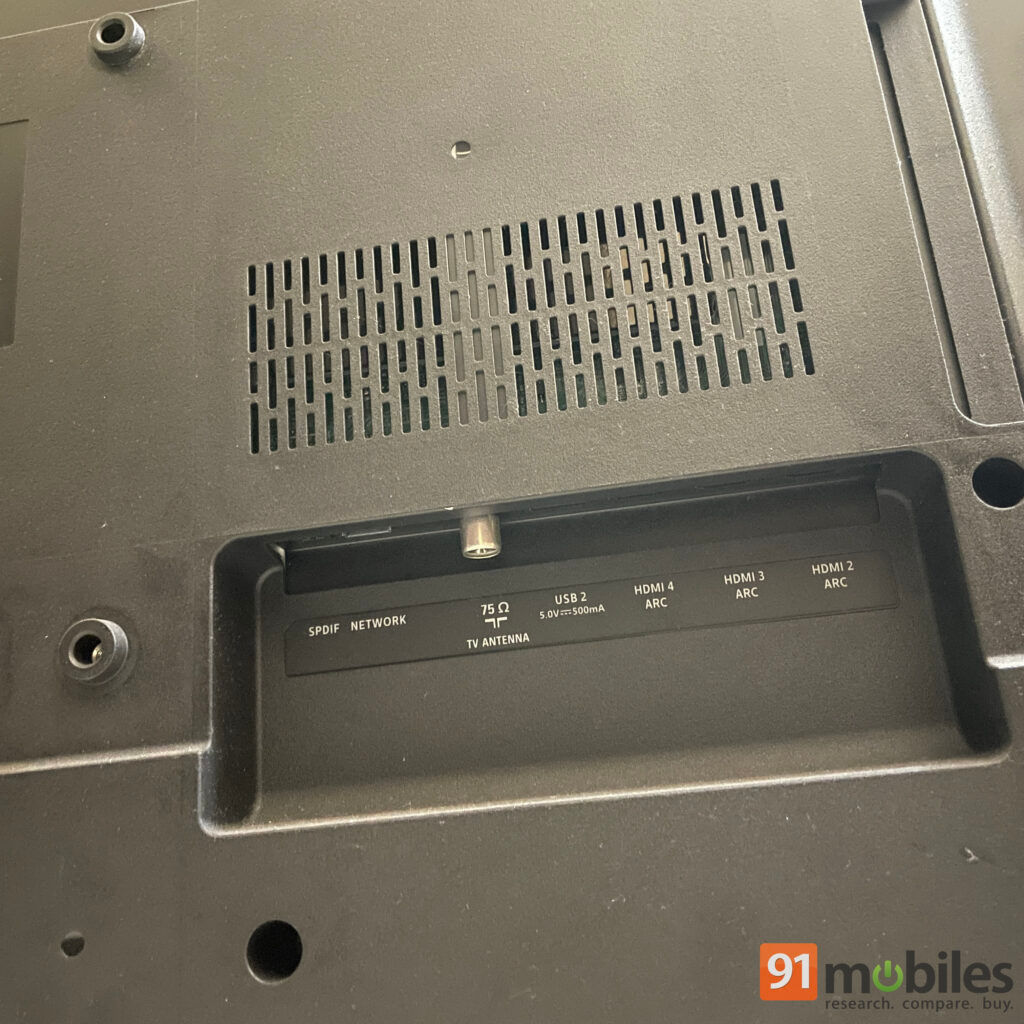 That said, the Philips TV delivers decent sound quality. I was satisfied with Hans Zimmer’s evocative score while watching Interstellar, but I found general dialogues to be muffled at times. You will need to keep the volume levels above 30-35 if you have the fan on in the room. The Philips TV delivers its best sound output when watching Dolby Atmos content. The sound is crisp, loud, and clear, just the way you would want it to be.

Out of the box, the Philips 8200 55-inch 4K TV runs Android TV 9. If you’re used to any other Android TV out there, the interface should look familiar. You get a rather stock Android TV experience with not a lot added on the top unlike, say, Patchwall on Mi TVs. The TV does come with Philip’s own app gallery that supposedly offers applications that are not available on Google Play Store. However, the Philips app gallery is fairly limited in India. For all intents and purposes, the Play Store is where you will find all your favourite streaming platforms. Netflix comes pre-loaded and you can download Hotstar, Prime Video, Sony LIV, and so on.

Browsing through the Android TV was fairly fluid and smooth thanks to the quad-core processor powering the device. There were times apps like Netflix crashed while browsing, but I didn’t see any crashes while watching content. 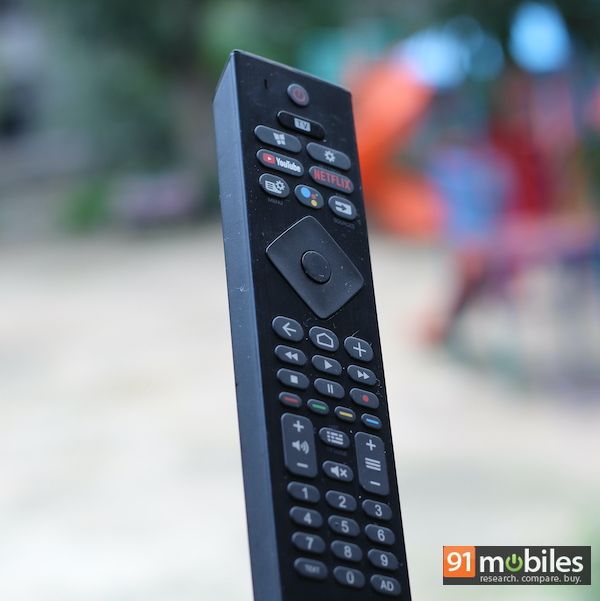 With the Philips 8200 55-inch 4K TV you get a rather large remote, which takes you by surprise considering most other TV makers are going the opposite direction and are offering smaller, minimalistic remotes. The Philips TV remote has tons of buttons! You get number keys, volume and channel keys, playback keys, a directional pad, and more. You also have smart keys for Google Assistant, Netflix, and YouTube. It took me a while to get used to the size of the Philips TV remote coming from a much smaller Mi TV remote.

The Philips 8200 55-inch 4K TV is easily one of the best mid-range TVs from Philips in recent times. While its price tag is not as competitive as 55-inch 4K TVs from the likes of Xiaomi and VU, the Philips TV gets you your money’s worth. With HDR10 support and Dolby Vision, you get stellar picture quality. While the sound quality is decent, I feel it could have been better and it is definitely not the best feature of this Philips TV.