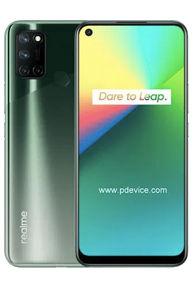 Another day, another new smartphone. Realme has been on a launch spree lately and has just unleashed another new smartphone on the Indian market, which comes in the form of the Realme 7i. This is the third and newest member of the signature Realme 7 series. I have had the pleasure of playing around with the Realme 7 (review) and Realme 7 Pro (review), both of which were exceptional smartphones for their respective price tags. In a flurry to compete with its biggest rival Xiaomi, which has also revealed three devices in the Redmi Note 9 (review) series, Realme has placed another device in its lineup of smartphones. Apart from overlapping prices, many of the features on the Realme 7i match up with the recently-unveiled Narzo 20 (review). On top of that the Realme 6i, which is technically a predecessor, offers a better display and chipset while keeping many of the features that the 7i has. Launched at a starting price of Rs 11,999, the Realme 7i lands in one of the most competitive segments populated by various OEMs. Can the 7i carve out a space for itself? I will try and find out in this review. 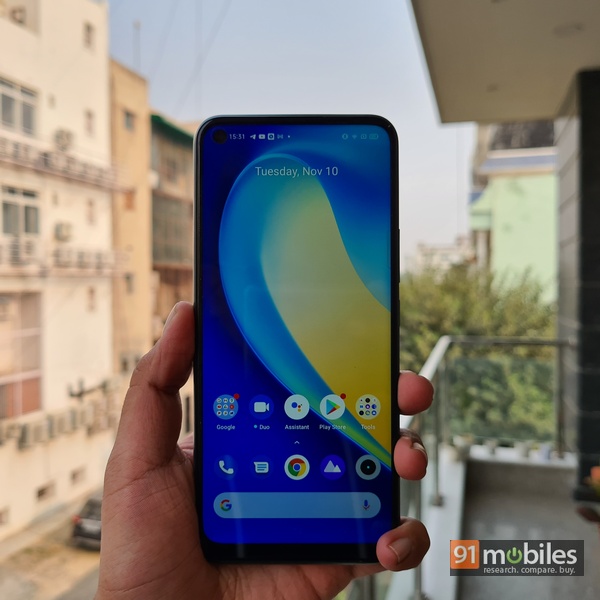 A couple of obvious design elements differentiate the 7i from its siblings. The dual-tone gradient colour scheme sees an overall glossy finish on the device while the two shades are separated by a slanting line just below the camera module. The Fusion Green variant I have received has a striking Moss Green colour over a plastic back. While the Realme 7 was mostly scratch-resistant and somewhat immune to fingerprints thanks to its matte finish, the Realme 7i is not. You would do well to slap on the clear silicone case that comes with the device. Speaking of fingerprints, the physical scanner has been placed on the back of the 7i instead of on the side like the Realme 7. The latter was appreciated for its placement near the middle for easy access to the thumb. However, on the 7i, the fingerprint reader is slightly difficult to reach due to its higher placement. Regardless, the other aspects of the design language remain the same. This includes sloping edges on the back, a rectangular quad-camera setup, a Type C port, and a 3.5mm headphone jack at the bottom. The volume rocker and power buttons are on the side. 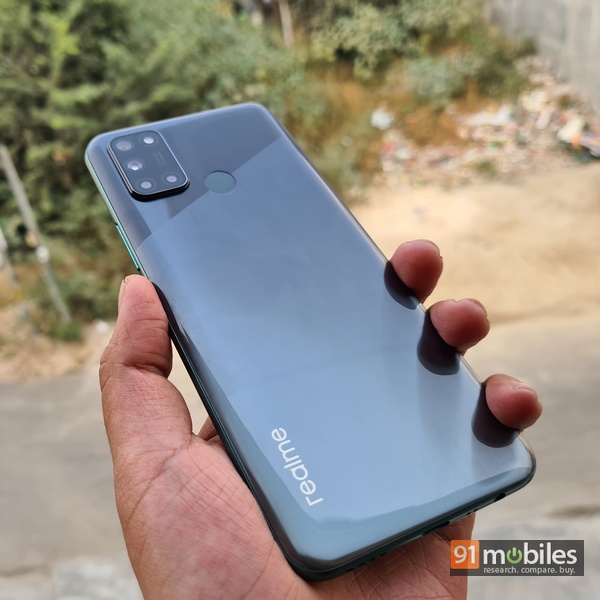 On the front is a sizeable 6.5-inch HD+ IPS LCD display with a huge punch-hole on the top left. The chunky bezels on all sides of the display, especially the chin, somewhat affect the overall viewing experience. While the panel does support 90Hz refresh rate, the scrolling is often jerky and sometimes just dials back to 60Hz for no apparent reason. However, the colour accuracy and contrast levels are up to the expected standard. You have the usual colour calibration options to change the temperature and brightness levels along with a toggle for enabling Blue light filter and dark mode. By and large, the Realme 7i has a slightly watered down panel than the Realme 7, which is a shame since its predecessor Realme 6i offers an FHD+ panel at 90Hz. My experience with previous Realme smartphones has shown that the company can do better in the 7i’s display department. 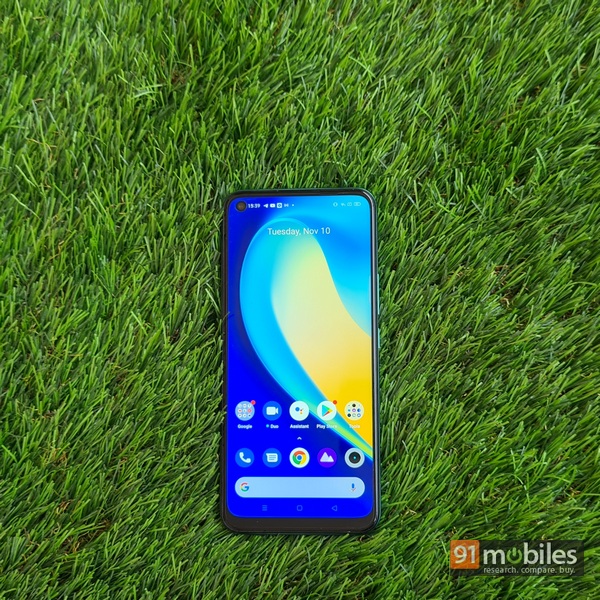 Coming now to the optics, the Realme 7i packs in the same quad-camera setup as the Realme 7. This includes the 64MP primary camera which is supported by an 8MP ultra-wide sensor along with a 2MP depth sensor and 2MP macro camera. Do check out the detailed comparison with the Redmi Note 9, mentioning the various advantages and drawbacks of the 7i’s camera system. In summary, the Realme 7i is a great daylight shooter with an impressive ultra-wide lens but nighttime photography needs slight improvement. The selfies and portrait shots are also quite good and I was quite satisfied with the macro camera as well. 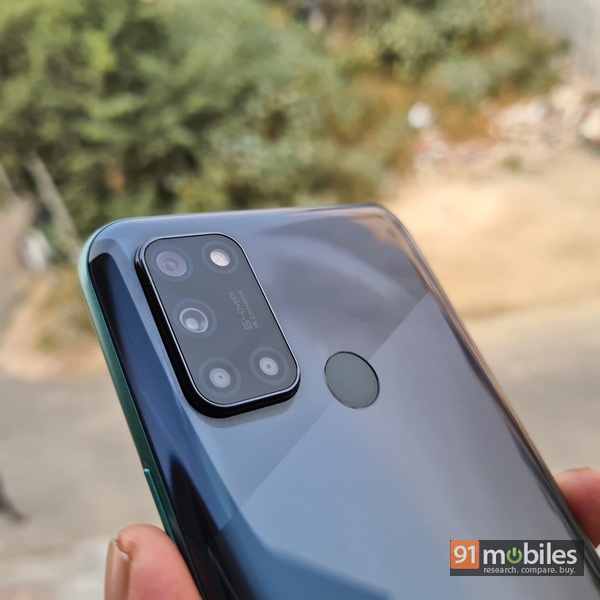 The Realme 7i does not pack in the best of processing for its price. In comparison to the Realme 6i’s MediaTek G90T SoC, the Snapdragon 662 that powers the 7i is slightly on the slower side. The noticeable lag when switching between two heavy apps or the jittering while scrolling on a Chrome page is all too apparent on the phone. Benchmarks did not paint a rosy picture as well, with the 7i lagging behind in just about every test. One of the bigger advantages of the G90T, seen both on the Realme 6i and 7, was its GPU performance. The 7i’s Snapdragon 662 falls short in that aspect. 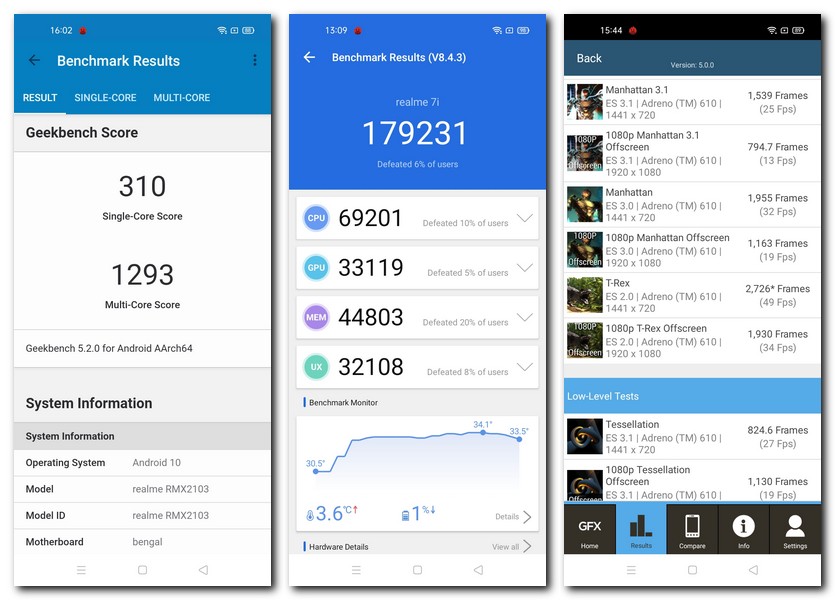 While PUBG Mobile is banned, Call of Duty Mobile is a reliable metric to showcase how good the GPU is. Unfortunately, on the Realme 7i, the game is barely playable at the highest graphics settings and the frame rate has to be set at medium to prevent frame drops. Normal games will run fine on the device. Apart from that, the 4GB RAM variant mated with 64GB of internal storage could be considered slightly on the lower side. You will need to shell out an extra Rs 1,000 to get the 128GB version, at which point you might just as well pick up the Realme 6i. 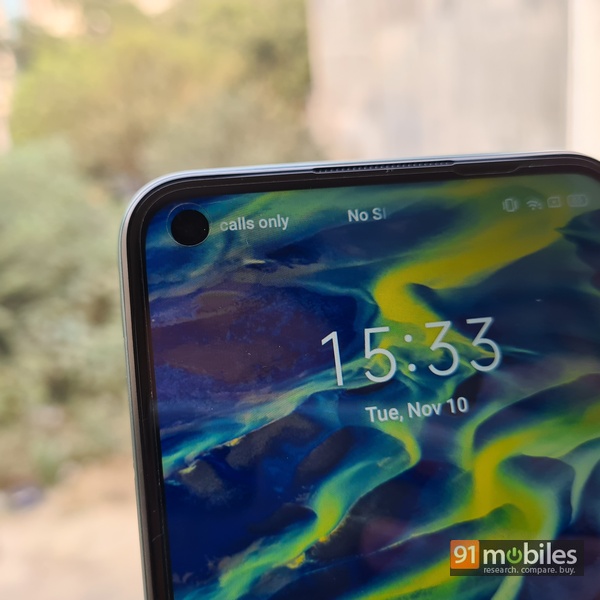 Realme 7i runs the Android 10-based RealmeUI 2.0 which is one of the better skins out there for Android. While slightly heavy on the phone, RealmeUI offers a simple experience while navigating through the phone and a lot of customisation options. The amount of bloatware, from when Realme started its own UI, has been reduced considerably. For a more detailed explanation on the software side, you could head over to my Realme 7 Pro review. The fingerprint sensor on the back is very responsive, as expected from the device and so is the face authentication. The earpiece, microphone, and speaker quality on the device worked as expected although I did hope for the bottom-firing speaker to sound a little less hollow. 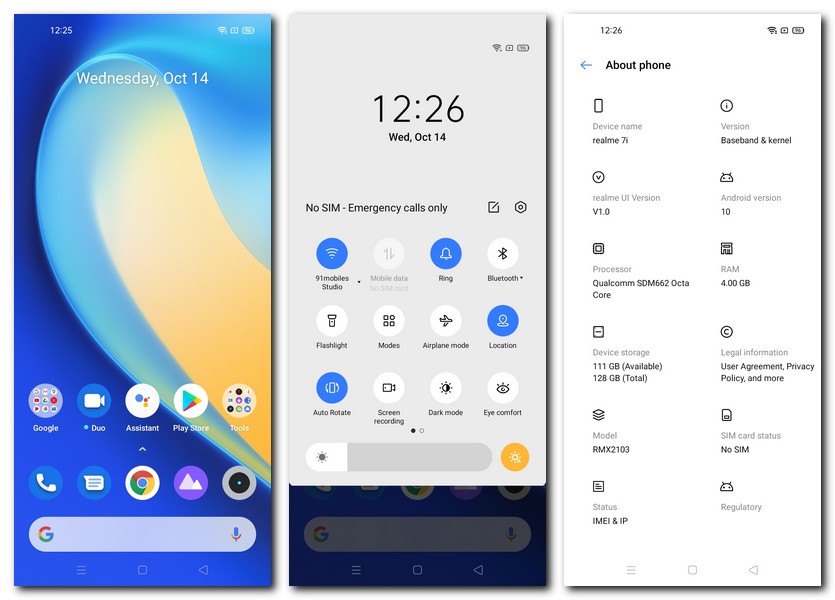 Battery-wise, the Realme 7i packs in a 5,000mAh unit although some of its rivals have moved on to bigger 6,000mAh cells. Also, you only get 18W fast charging on the device instead of the 30W Realme generally offers in this price range. The device can easily last the entire day without breaking a sweat, provided you do not throw extremely graphically intensive tasks at it. I got a screen on time in the range of about 5 hours and 30 minutes, which can be considered decent. To charge the device, you will need about 2 hours before the battery juices up fully, although 50 percent can be done in about 45 minutes. Regular users will not be able to drain the phone in a day but heavy usage which involves a lot of gaming can definitely drain the phone as night settles in. 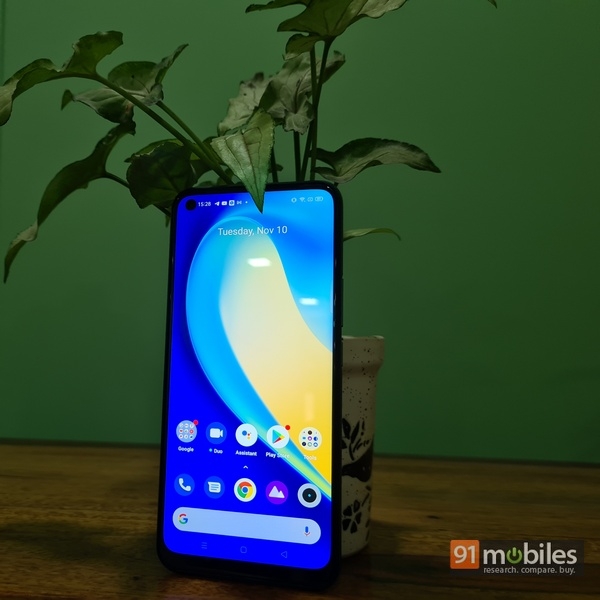 With its Rs 11,999 price tag, the Realme 7i intrudes upon the territories currently occupied by other Realme phones such as the Narzo 10 and 20 series. While it carries the Realme 7 branding, it is not hard to see that the 7i is a step down, whether it is the display, design or the chipset used. The Realme 6i, while older and priced starting at about Rs 1,000 higher, appears to be a much more viable option. If you are looking for long battery life, then you would do well with the Samsung Galaxy M21 (review).