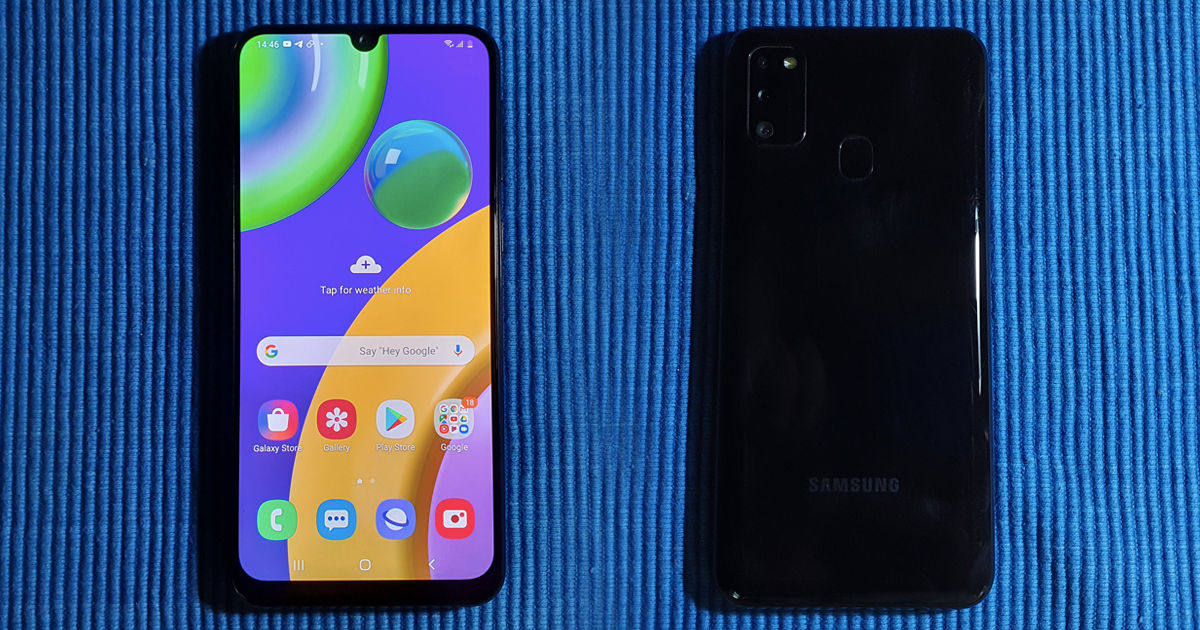 Samsung has been toying around with the formula for a successful affordable smartphone lineup in India, the culmination of which is the M series. In general, Samsung focuses on three very important aspects that any affordable phone should have – a big battery, a respectable display, and a set of decent cameras. All of this would’ve been great just a couple of years back but today, even the affordable space is becoming feature rich. We are seeing high refresh rate displays, 64MP quad cameras, liquid cooling systems, high-performance chipsets, and more in a price tag of below Rs 15,000. 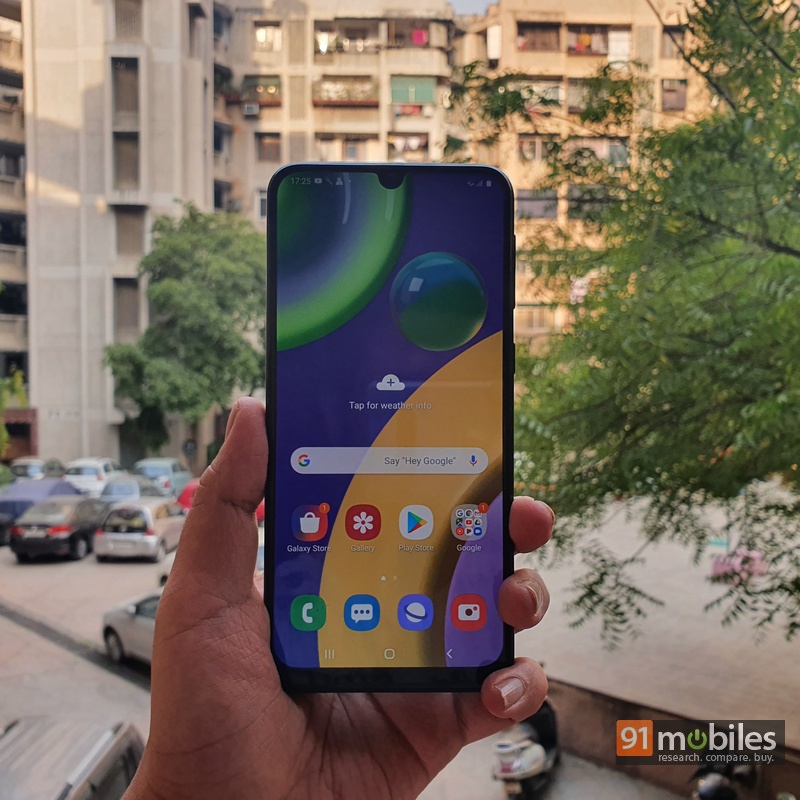 Amidst all this, Samsung is sticking to the basics with its latest entry into the M-series lineup, the Galaxy M21. There is a massive 6,000mAh battery, best-in-class AMOLED display and a 48MP triple-camera setup. The question I’m going to answer is whether this is enough to shell out a starting price of Rs 13,199. Let’s dive into the review.

It’s hard not to be too overly critical for smartphones costing less than Rs 15,000, but the intense competition of features at affordable pricing makes me question the Galaxy M21. It seems now that check-marking just the basics is not going to cut it in the budget segment for Samsung when the likes of Realme and Xiaomi have absolutely packed their competitive devices up to the brim with features. That said, the massive battery is clearly the highlights, and that’s where the Galaxy M21 delivers.

As you would expect from an affordable phone, the Galaxy M21 has skimmed on physical aesthetics to make a durable device. The body and frame of the M21 are made from polycarbonate which does give out the glossy look of glass but is not as brittle. The curved back panel makes for an easy fit in the hand, although that is true for quite a few budget phones. The black colour variant I have received for my review doesn’t show any fingerprints unless you shine a light on it. It does scratch very easily, with my review unit showing signs of use after just a couple of hours of playing with it. 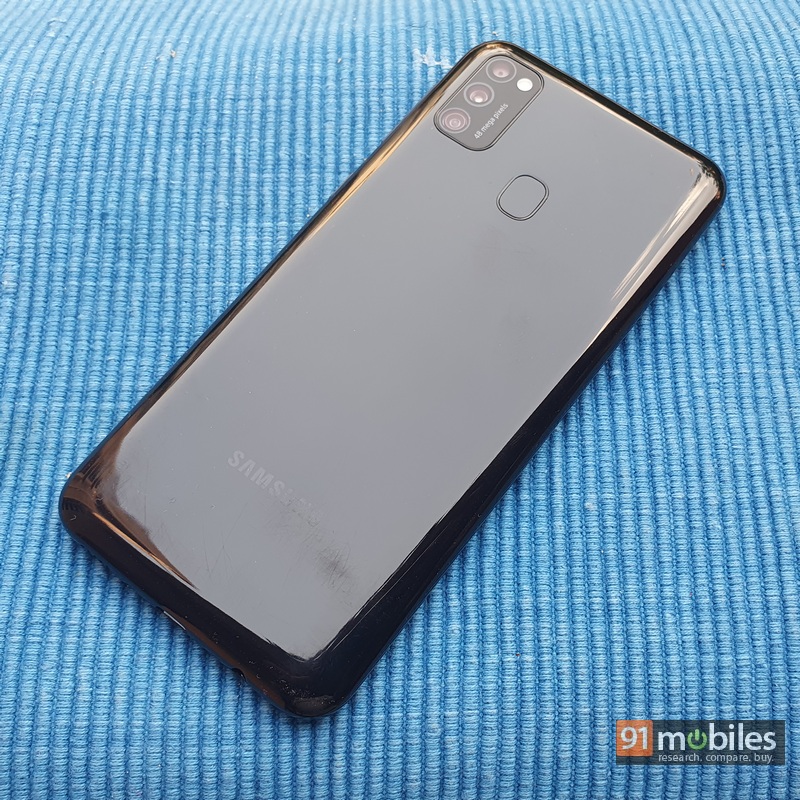 The front of the phone has the Infinity U-style display with a waterdrop notch housing the selfie shooter. On the bottom, you will find the standard Type-C port, 3.5mm headphone jack, and a speaker grille. There are no extra buttons apart from the volume rocker and power buttons. A capacitive fingerprint sensor flanks the back of the phone along with a triple camera module that sits flush with the body negating any wobble when placed on a flat surface. The Galaxy M21 is also surprisingly lightweight even though it packs in a whopping 6,000mAh battery.

Samsung manufactures most of the displays seen on smartphones of several OEMs and it comes in as little surprise that it reserves the best for its own devices. Whether it is an entry-level device or an ultra-premium flagship, Samsung is known to deliver a class-leading viewing experience. The M21’s 6.40-inch AMOLED display with FHD+ resolution conforms to the pattern. As expected, the colour accuracy of the M21’s screen is quite remarkable as are the contrast levels. The Galaxy M21 also happens to have Widevine L1 certification to watch streaming services’ content in HD. 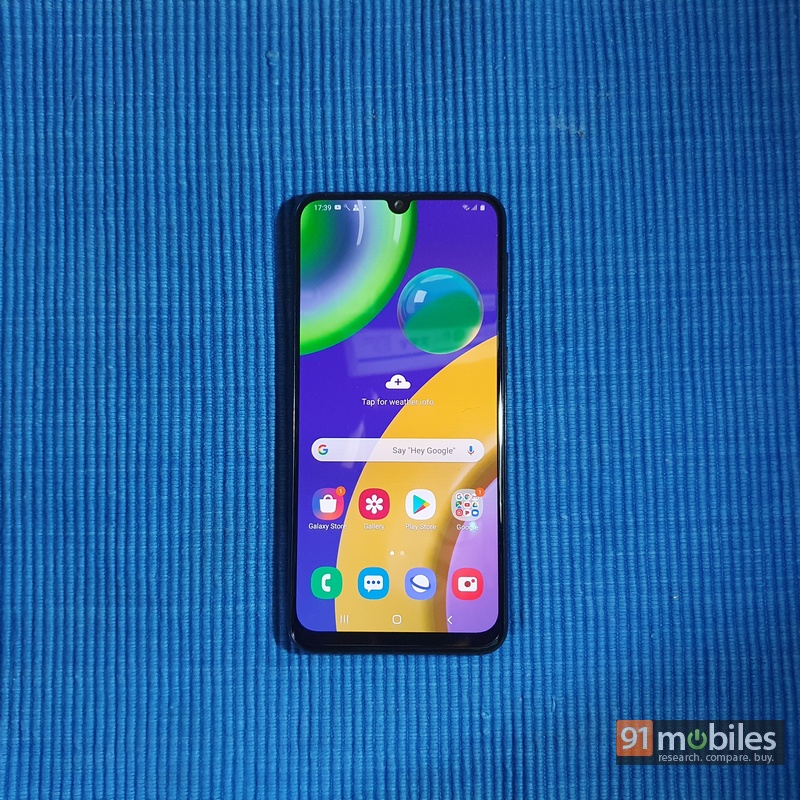 Being an OLED panel viewing angles were great and the blacks on the screen were more pronounced. The brightness of the screen was also great, making it easy to use under the bright Delhi summers. You can, of course, customise the colour temperatures and vividness in the display settings menu. There is also the option to enable a system-wide dark mode along with Blue light filter mode which does exactly what it says. I might be stretching out on a limb here but a higher refresh rate would’ve made this a truly breathtaking display.

The camera system on the M21 is almost the same as that of the Galaxy M31 (review) but with the absence of the macro lens. There’s a 48MP primary snapper on the M21 in a triple-camera layout with the other two being an 8MP ultra-wide lens and a 5MP depth sensor. 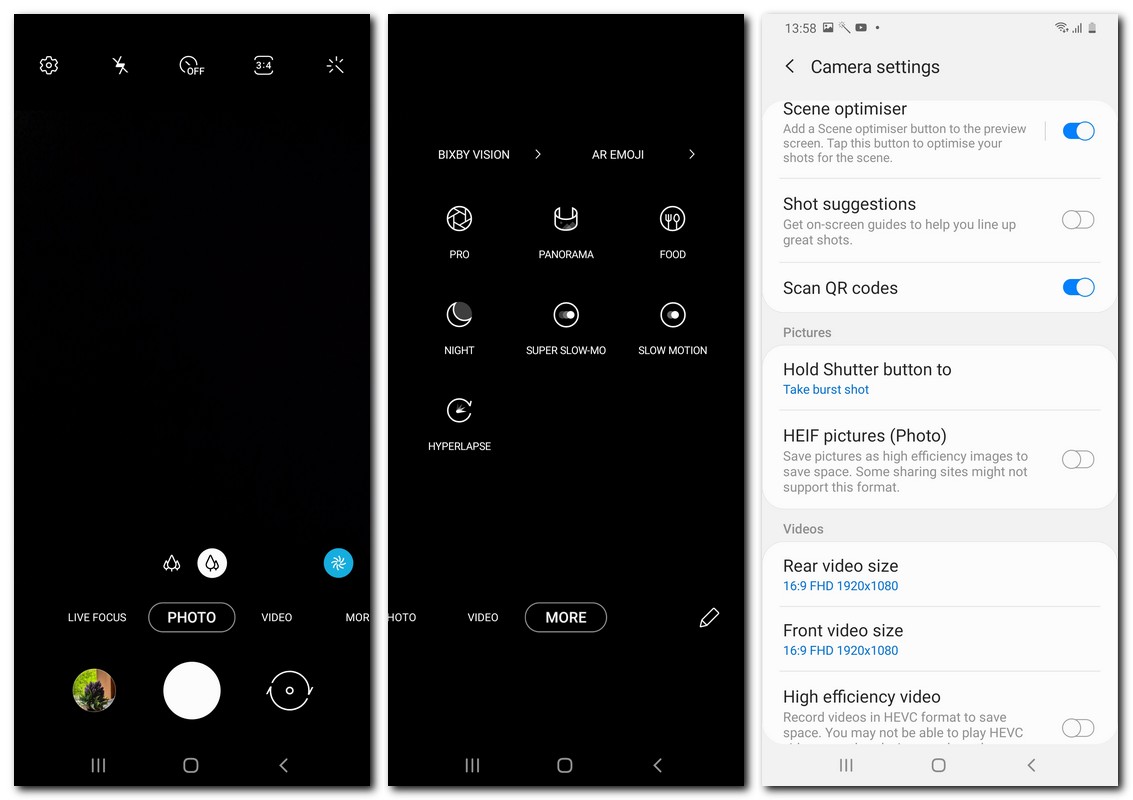 When plenty of light is thrown at the main lens it will click respectable shots with good dynamic range and exposure handling. There is, of course, Samsung’s signature pumping up of colours in photos to make them look more contrasty, although at its price that is not a drawback. Detailing is respectable although the sensor has a hard time focusing on close-up objects. Since the Galaxy M21 uses pixel binning, standard photos are of 12MP resolution. A separate 3:4 48MP mode is present to take in more detailed photos but in general, there were not a lot of extra details present in the mode. As a matter of fact, the 48MP mode churned out slightly dull-looking photos in comparison. 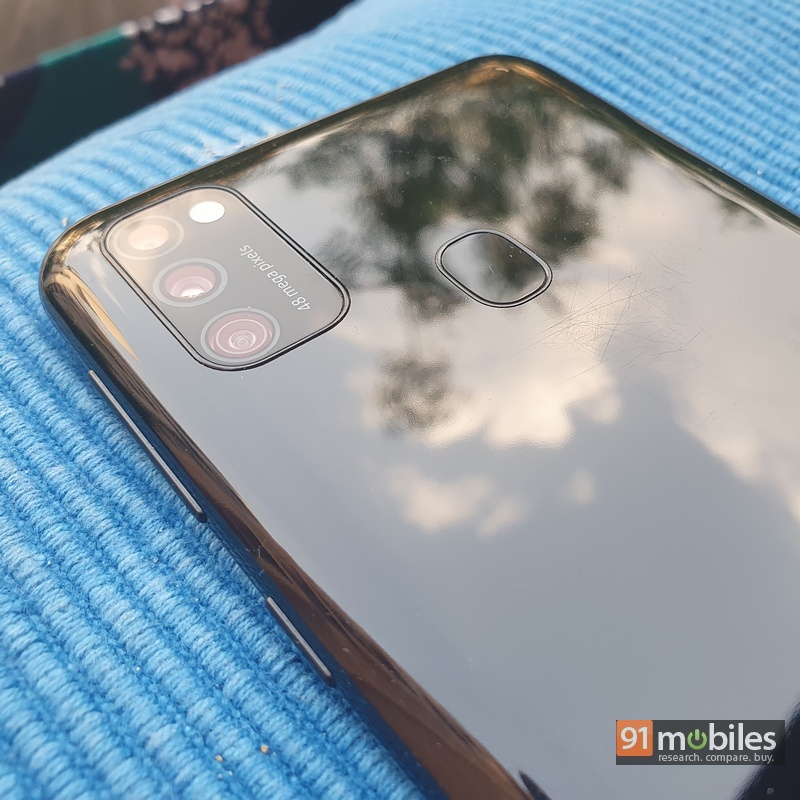 The presence of the depth sensor makes for good background separation while taking bokeh shots although that is all it is good for. The ultra-wide sensor does have a massive 123-degree field of view but it suffers from a lot of distortions on the edges. I was, however, impressed at how the lens managed to retail a lot of details and the correct colour temperature, something I see rarely at this price. Nighttime photography is, however, a problem that affordable phones have long been trying to deal with. Focusing is an issue with the Galaxy M21 in low-light scenarios and it is a problem that was prominent as well in our M31 review. Samsung could definitely improve the level of detailing in the night mode via a software update. Even so, it would be advisable to use flash photography when clicking at night.

The selfie camera on the phone is a 20MP lens which works great in daylight but falters in low-light situations. There is a certain amount of skin smoothening going on, which is expected but the live focus mode for front-facing bokeh shots is quite good. In terms of video recording capabilities, the phone has a 4K mode but you would be better off with the 1080p super steady mode which will give you respectably smooth footage.

The 10nm-based Exynos 9611 powers the Galaxy M21, which is the same SoC found inside the more expensive Galaxy M31. While there is technically nothing wrong with this chipset, there is a discernible amount of lag that I noticed during normal day-to-day activities. There was a small lag between clicking a photo and then previewing it, and this lag was more pronounced when viewing 48MP photos. If I had more than 5 tabs opened up in Chrome, there was a delay in opening more tabs and in general if multiple heavy apps were open in the background, I could feel a noticeable lag when opening more apps. You could say that I’m nitpicking but I’m used to smooth performance on the likes of the Realme 6 (review) or even the Redmi Note 9 Pro (review), which use the MediaTek G90T and Snapdragon 720G respectively. The M21 variant which I have received happens to have 4GB of RAM, although you can upgrade to a 6GB version for Rs 15,499. 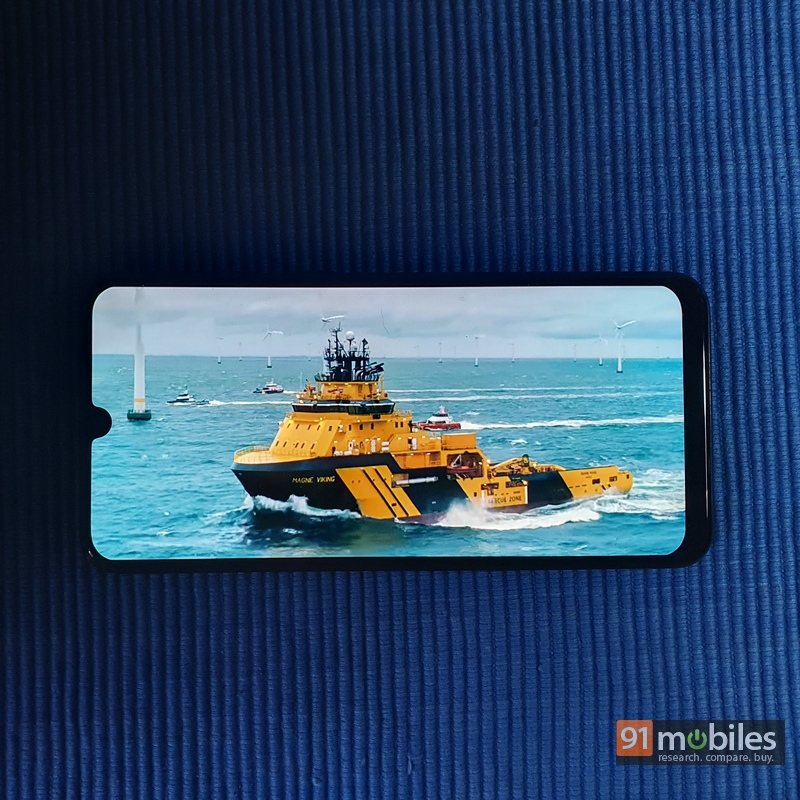 Now I’m in no way saying that the M21 is a slow phone. In fact, the Geekbench scores on the M21 are comparable to both the Redmi Note 9 Pro and the Realme 6. However, it seems to me that there happens to be a much better integration of software and hardware on the Redmi and Realme devices as compared to the M21. For those who wish to play PUBG on a budget, the M21 will not disappoint you for the initial hour or so. You can keep the graphics at Smooth and also set the frame rate to Extreme for a much more enjoyable experience, but the device will start lagging after nearing the 60-minute mark. However, all casual games ran smoothly and without a hitch. For authentication purposes, there is a capacitive fingerprint sensor on the back which works well and is quite responsive. 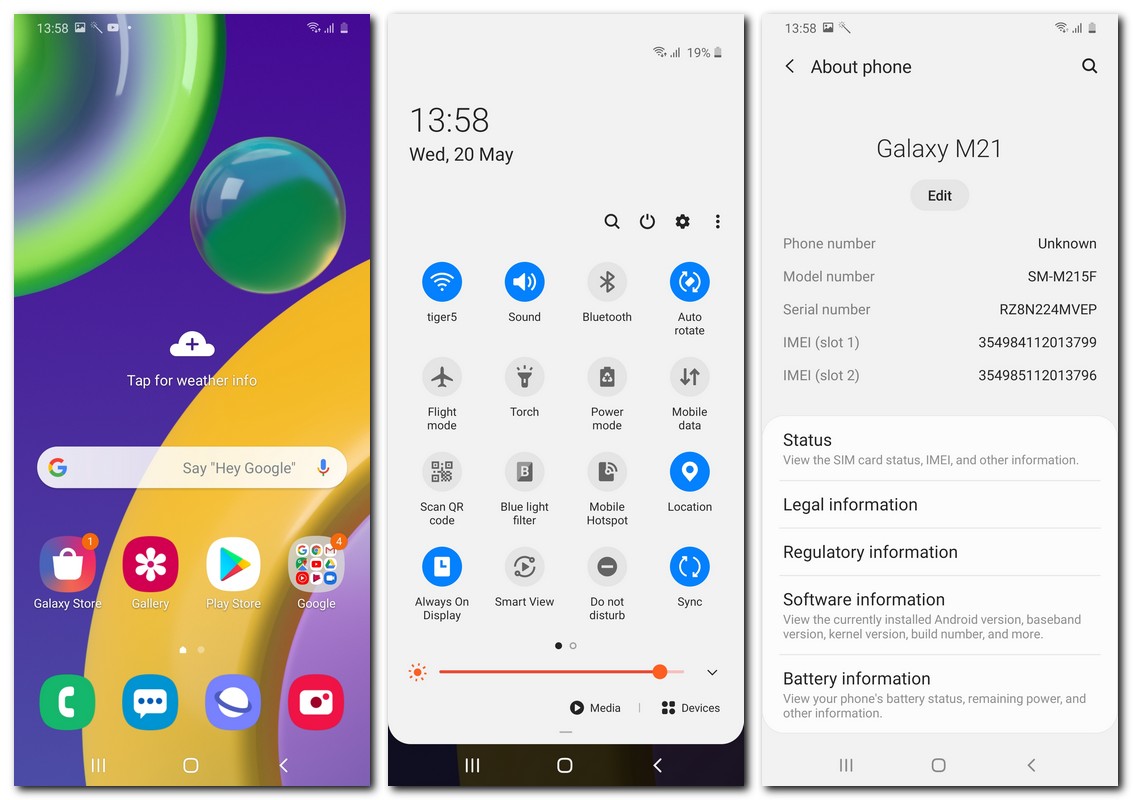 OneUI 2.0 is the skin that Samsung is currently running on all its latest devices and it is one of the nicer user interfaces out there. Like the M31, the Galaxy M21 also runs the stripped-down One UI Core which misses out on features such as Bixby Home and Samsung Pay. However, apart from that, you will be able to enjoy the full scope of OneUI features ranging from the tons of theme customisations, better animations, dark mode and tweaked icons.

It wouldn’t be a stretch to say that the Galaxy M21 possibly offers the best battery life you could get on an affordable smartphone. The gigantic 6,000mAh powerhouse pushes through one day of usage easily and nears on completing two days before the battery gives up. Our standard battery test which involves running a video on loop with half brightness and volume saw the phone last nearly 30 hours. About an hour of PUBG Mobile drained the phone off just 12 percent battery which is quite phenomenal in my opinion. The only gripe is the 15W charging which takes more than 2 full hours to completely juice the phone up. The Galaxy M21 is a cheaper M31 with a slightly downgraded primary camera and the lack of a macro shooter. Both of these are not significant features that budget phone users will notice or miss. What matters is that both the phones are identical in terms of display, performance, and battery life. Yes, the M31 starts with 6GB RAM, but the same configuration on the M21 is nearly Rs 2,000 cheaper. However, if the question is whether the Galaxy M21 fares better than say the Realme 6 or the Redmi Note 9 Pro, then the answer is a mixed bag. On one hand, the M21’s gigantic 6,000mAh cell is a big booster while the AMOLED display is a spectacle to behold at this price. Even so, performance and camera-wise the M21 lags behind and it would have been a welcome change to see a higher refresh rate screen on the phone. The design looks slightly dated in front of the punch-hole style screens on competing Realme and Xiaomi devices. 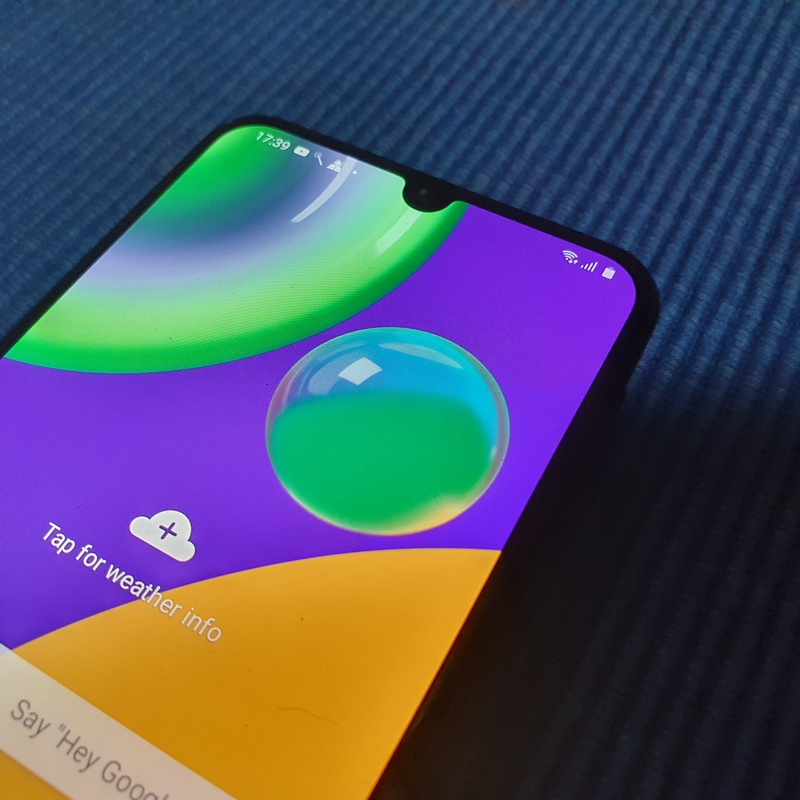 In this price segment, the Redmi Note 9 Pro or the Realme 6 seem to be excellent value-for-money propositions. For something around the Rs 11,000 mark, Realme’s Narzo 10 (review) is also a good option. For Samsung loyalists though, and anyone who wants a reliable workhorse that won’t need charging by the end of the day, the M21 is a good affordable deal that ticks all the basic boxes.