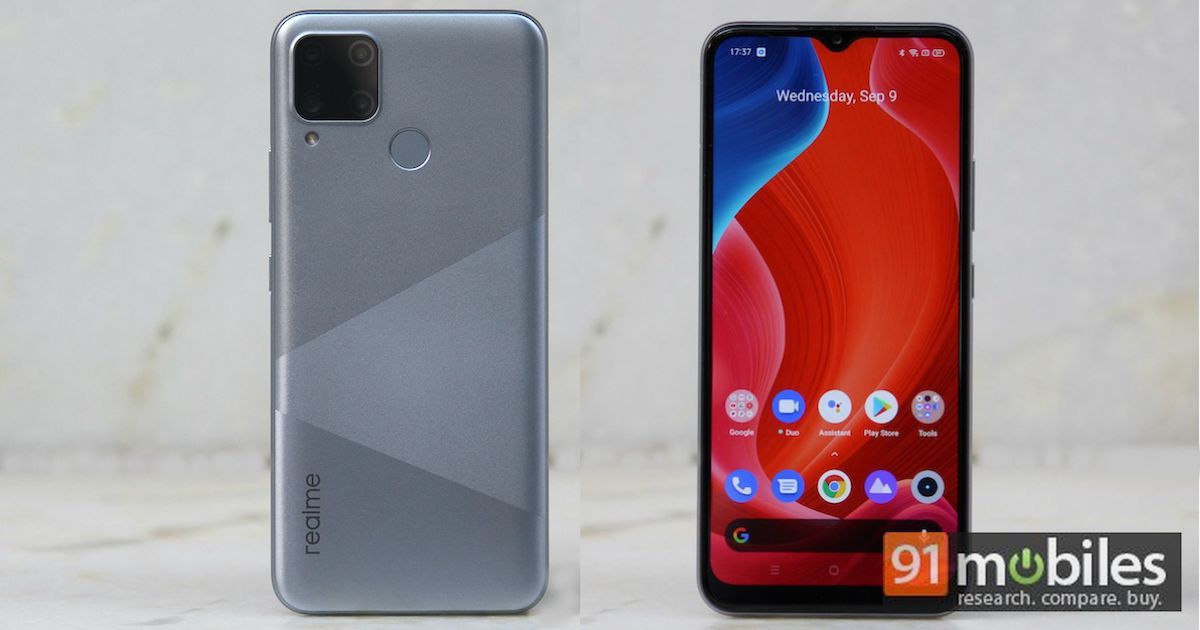 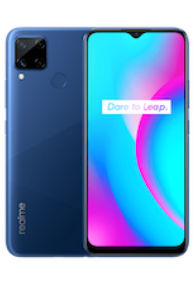 The Realme C15 is the latest addition to the revamped C series portfolio of smartphones from the company. The new device follows the Realme C11 (review) and Realme C12 (review) budget smartphones, which look to replace the Realme C1, C2, and C3. The first three Realme C series phones were quite impressive and, offered powerful hardware in the sub-Rs 10,000 segment, and the latest lot aim to live up to those standards post the hike in GST.

The Realme C15 is the top-end model among the three new phones and is priced starting at Rs 9,999. For its price, the Realme C15 touts an HD+ display, MediaTek Helio G35 SoC, and up to 4GB RAM. The USP of the phone, however, is its massive 6,000mAh battery backed by 18W fast charging support.

The Realme C15 delivers on one aspect in abundance – battery life. The phone offers an excellent battery backup that can last you up to two days on a single charge. But when it comes to other areas, the phone doesn’t quite live up to what the Realme C3 (review) offered months ago and what the competition offers today. 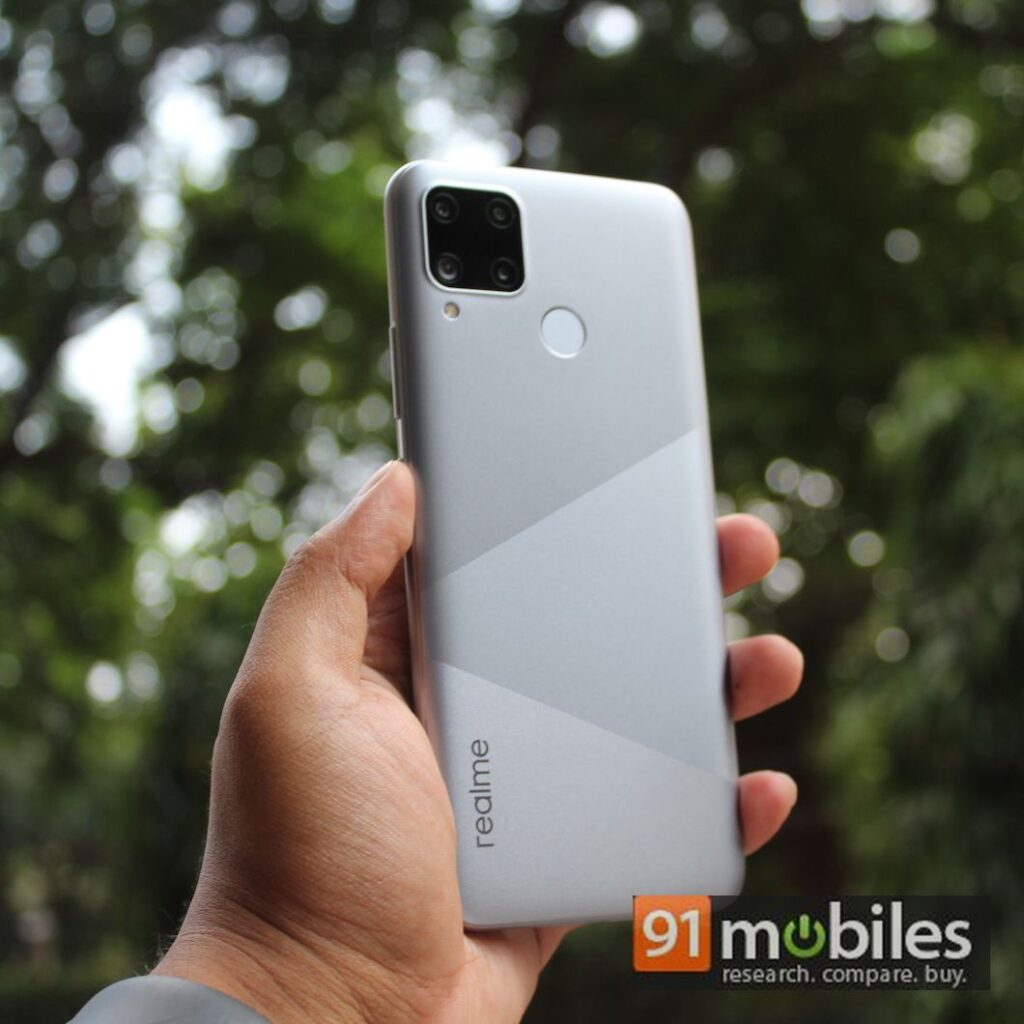 The Realme C15 is similar to the Realme C12 in terms of design. There’s a waterdrop display at the front and a plastic rear panel with a pattern finish, a physical fingerprint sensor, and a square-shaped camera module on the corner. The Realme C15 is a chunky phone with a good amount of heft and thickness due to the massive battery  inside. This makes it difficult to use the phone with one hand for a long period of time.

The rear-mounted fingerprint sensor is ideally placed for the finger to reach in the first go. While the power button is easy enough to reach with the thumb, the volume buttons above will require some effort from your side. The phone comes with a triple card slot to handle two nano-SIM cards and a microSD card. There’s a 3.5mm headphone jack, a micro-USB port, and a single speaker grille at the bottom. 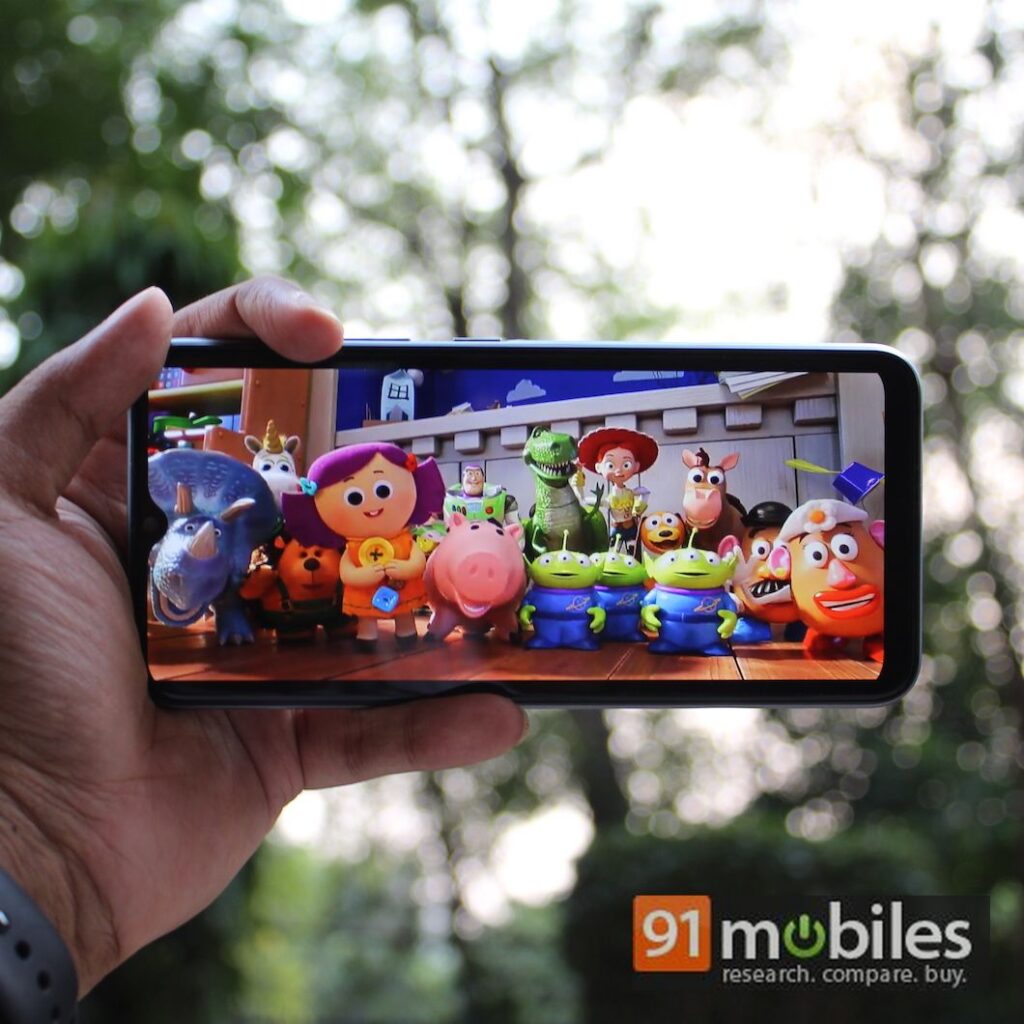 Coming to the display, the Realme C15 features a 6.5-inch HD+ (1600×720) LCD display with 420 nits peak brightness and Gorilla Glass protection. There’s a fairly thick bezel on the bottom and the display itself looks pretty big which makes one-handed use difficult. We would have loved to see an FHD+ screen considering Xiaomi launched the Redmi 9 Prime with this feature at the same price. The standard HD+ resolution is not bad per se, but you will notice pixelation while watching shows on YouTube, Netflix, and other streaming platforms. Brightness levels are decent indoors but leave you wanting a bit more outdoors under bright sunlight.

The quad-camera system on the Realme C15 includes a 13MP primary sensor, an 8MP wide-angle lens, a 2MP B&W lens, and a 2MP retro lens. The cameras on the smartphone are average and will not amaze you in any aspect. The primary camera is able to capture good-looking photos with ample light during the daytime. The AI-powered Chroma Boost tends to saturate colours more than needed while HDR does help in tricky lighting conditions.

The wide-angle lens is best used in daytime conditions but you will still find colours to look washed out compared to the image taken with the main camera. The other two camera lenses are mainly for capturing photos with filters, which feels unnecessary. You have apps like Instagram that can apply filters without needing extra lenses, which don’t really add much value to the overall experience. 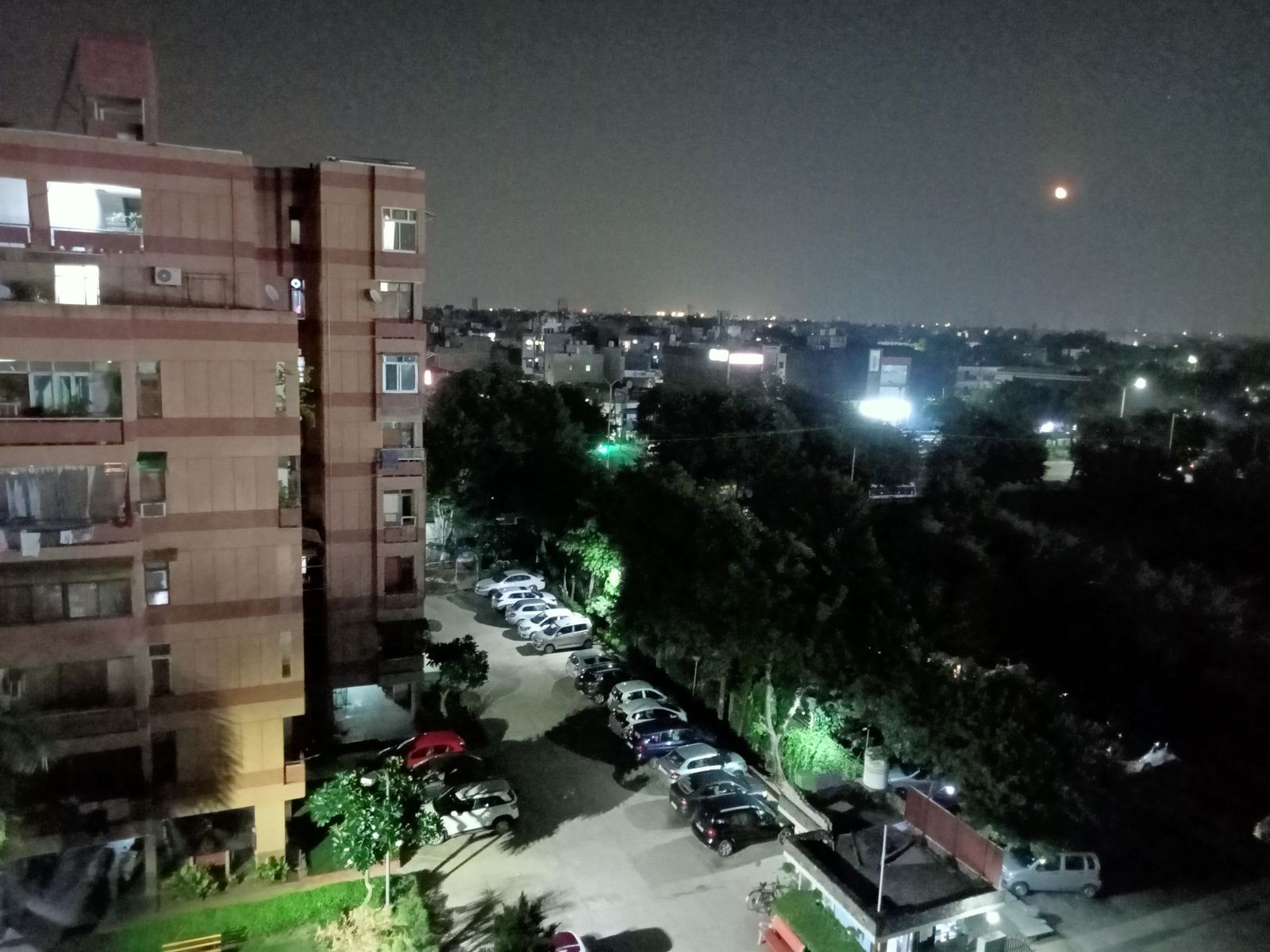 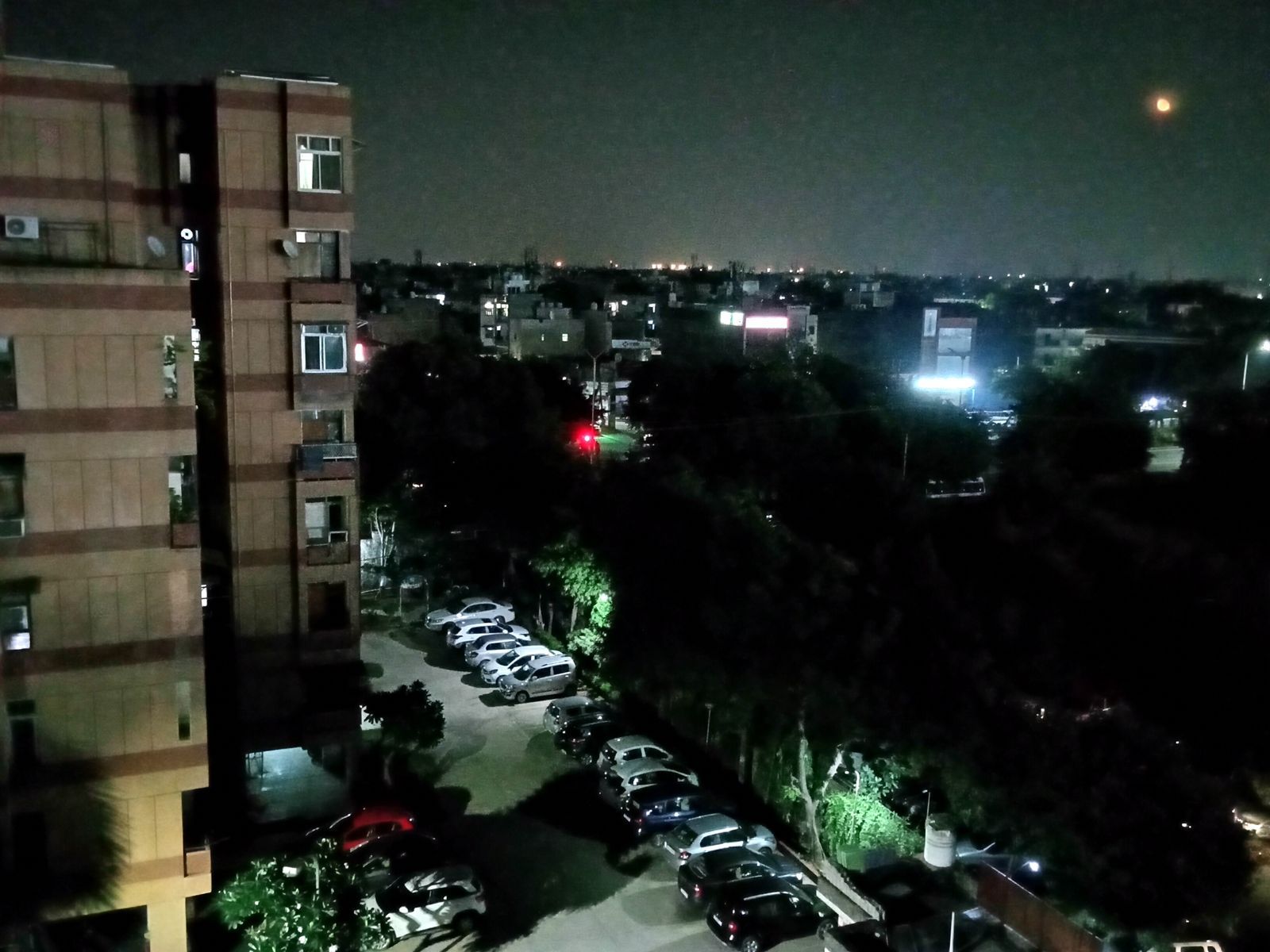 The Realme C15 comes with a dedicated Night mode meant to capture brighter photos in low light. Our experience with the mode, however, was quite unsatisfactory. The algorithm doesn’t do a good job of increasing exposure and reducing noise. In fact, we found photos captured without Night mode looked better compared to the ones taken with the low-light mode. For selfies, you get an 8MP sensor that supports AI beauty, portrait mode, HDR, and more. The selfie camera can capture bright and decent selfies in daylight. Selfies tend to look soft and noisy indoors and in low light conditions. The selfie portrait mode is just average and doesn’t do a very clean job at separating the subject from the background.

The Realme C15 gets the same MediaTek Helio G35 chipset as the Realme C11 and Realme C12, which is a curious move by the company. We have three Realme phones now under Rs 10,000 with the same chipset, reducing the differences between them. The MediaTek Helio G35 is an entry-level gaming processor, which looks weak given the pricing of the phone and what the competition offers. For example, we have the Redmi 9 Prime that offers a more capable Helio G80 chipset at the same price point. 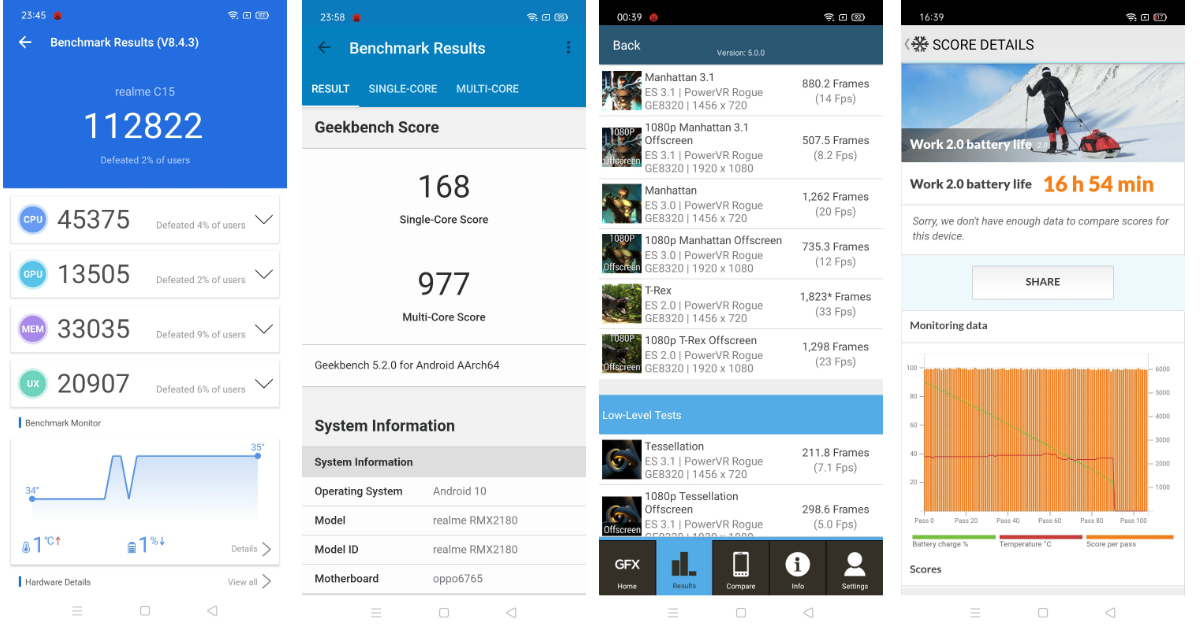 The MediaTek Helio G35 works well enough for day-to-day usage as long as you keep your expectations at a minimum. Apps are sluggish to open but we had no trouble browsing through social media, messaging, and switching between apps. In fact, the Realme C15 does pretty well in RAM management as it can keep a few apps, including heavy ones like PUBG, available in the background for a while without forcefully closing them. 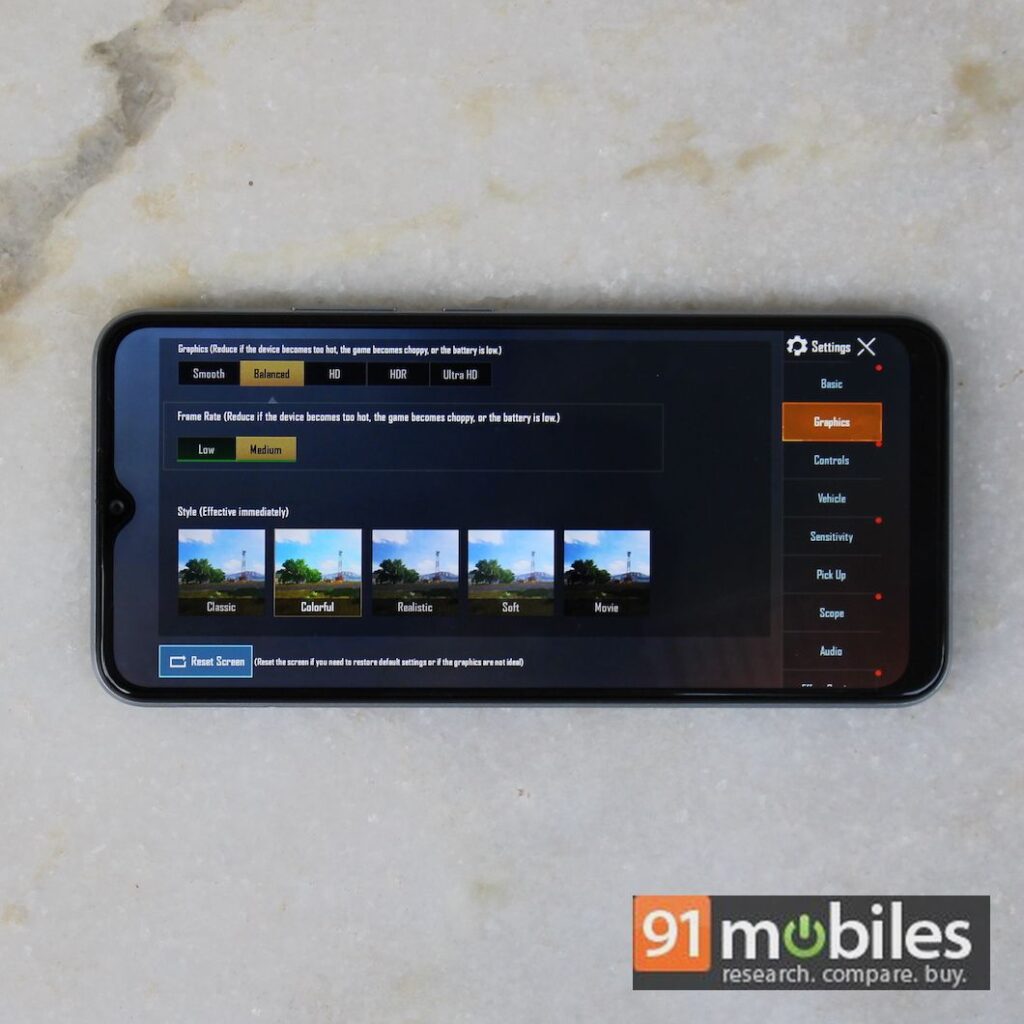 Despite being a gaming-centric chipset, we would not recommend the MediaTek Helio G35 for gaming. The highest graphics setting on PUBG Mobile, for example, is Balanced + Medium. Don’t expect graphics to look detailed and attractive on the Realme C15. A 30-minute session on PUBG Mobile did throw up some stutters, but we could still finish a game without pulling out our hair. 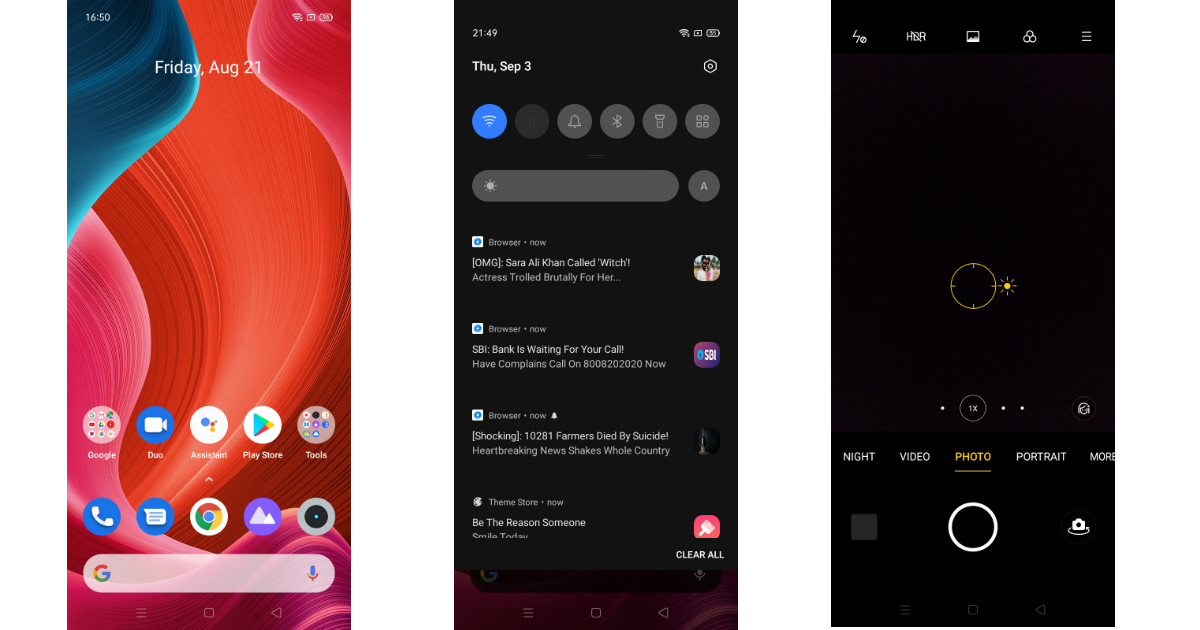 The Realme C15 ships with Android 10-based Realme UI 1.0. Our review unit had the August Android security patch. Realme UI offers an appealing interface with uniformly circular app icons, pleasing wallpapers, and system-wide dark mode. The number of pre-loaded apps has also reduced, as the company has removed certain banned apps like UC Browser and Helo, which results in a cleaner UI. The primary call and message apps are replaced with Google’s own apps. Despite Chrome onboard, Realme has included its own browser which does push out spammy notifications at times. 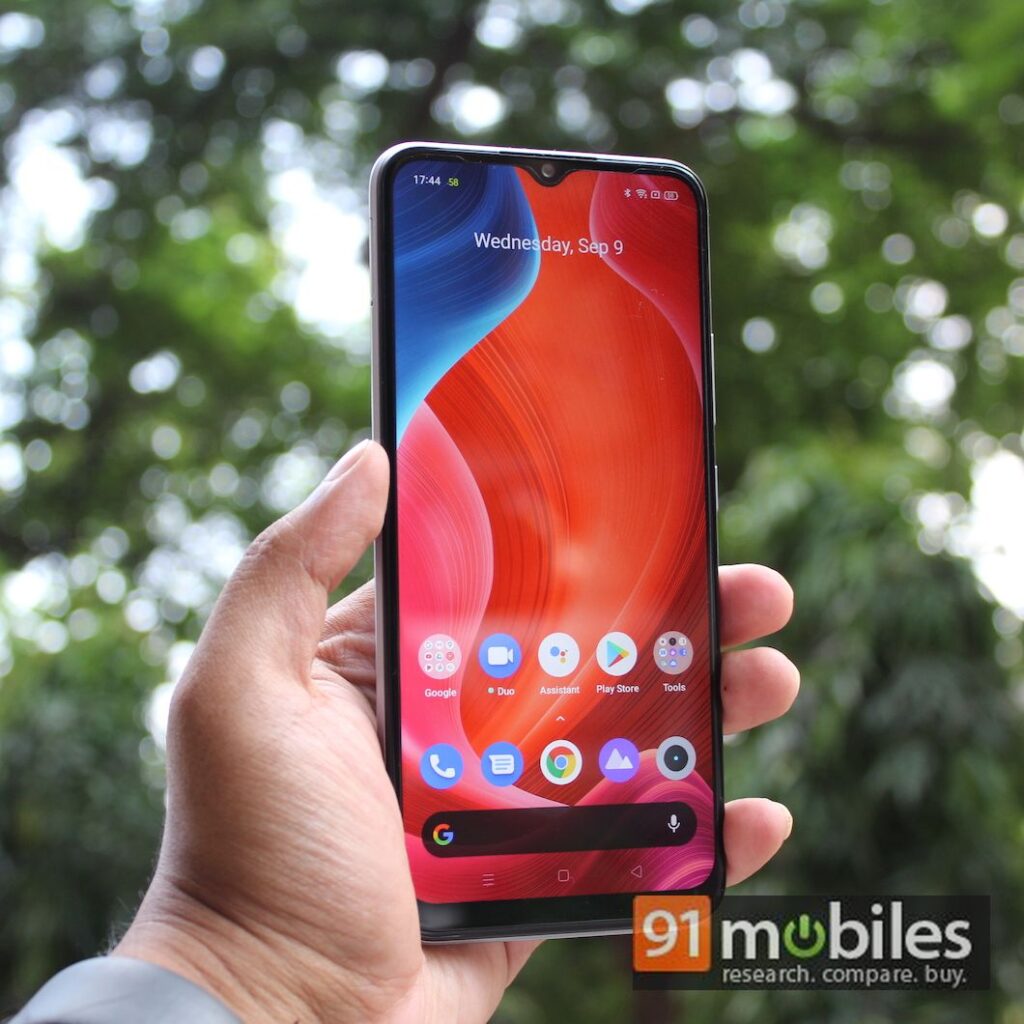 The rear-mounted fingerprint sensor is quite responsive but we found the face unlock feature to be sluggish at times, especially in poor lighting conditions. The bottom-firing speaker doesn’t offer the best sound quality, but it is adequately loud for watching content and playing games.

This is where the Realme C15 truly shines. The massive 6,000mAh battery capacity offers long battery life even with heavy usage. The phone can easily go past a day and last up to two full days depending on your usage. After intensively using the phone during the review period playing games, watching shows on streaming platforms, and so on, the Realme C15 managed to last 1.5 days before needing to be charged. The phone managed to last close to 17 hours in our PCMark battery test, which is admirable. 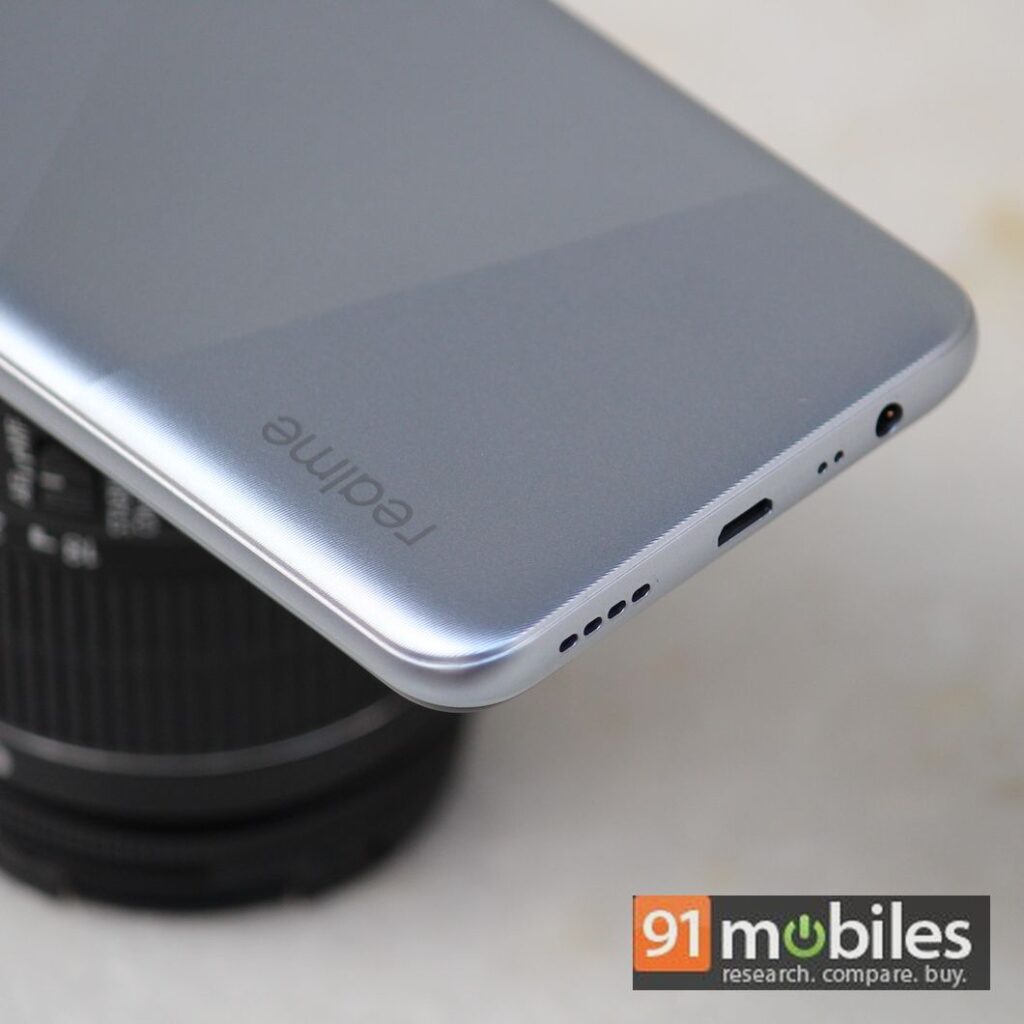 The 18W fast charging support isn’t anything to be excited about. Due to the large battery capacity, it takes around four hours to fully charge the phone from zero to 100 percent.

With a price tag of Rs 9,999, the Realme C15 finds itself among the likes of the Redmi 9 Prime, which is a compelling smartphone in this segment. The Redmi 9 Prime (review) offers features like an FHD+ display and MediaTek Helio G80 chipset, which are undoubtedly more appealing than the HD+ display and MediaTek Helio G35 chipset that the Realme C15 offers.

That being said, the Realme C15 delivers an exceptional battery backup, which is better than most other phones in this segment, including the Redmi 9 Prime. It also gets a pleasing design, although with a bulky build. Lastly, you get a clean and easy-to-use Realme UI software at your disposal. The Realme C15 is clearly not the best phone in this segment, but it does deliver what it promises – a long-lasting battery life.