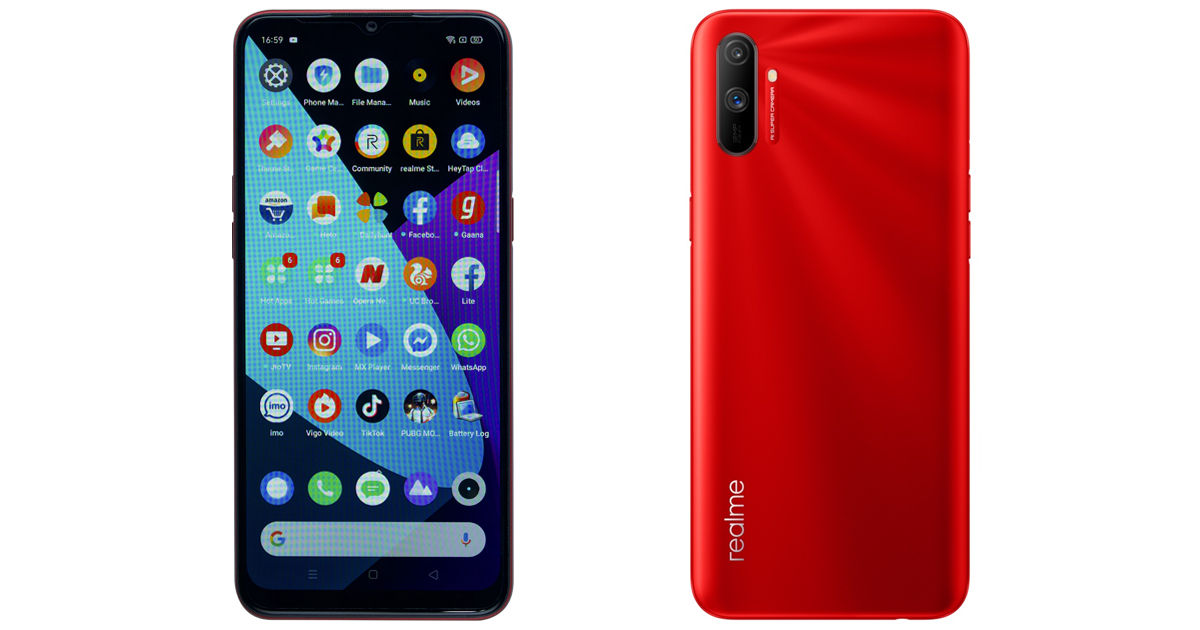 The Realme C3 has been launched as the third-generation model in the company’s budget-centric smartphone lineup. It is the first in a series of entry-level models we can expect to see in 2020 and should soon be followed up by the Redmi 9A next week. The much-hyped Realme UI does offer some intrigue to the smartphone, as does the all-new MediaTek Helio G70 chipset and the large 5,000mAh battery.

The Realme C3 is not an odd beast considering the entry-level smartphones in the market today – it has a large display, a big battery, and a price tag that’s low enough to keep the device in the range of most smartphone buyers. That’s a formula we have seen on Redmi, Realme, Infinix, and TECNO phones in the past, but has it been perfected by the Realme C3? Here’s what we think. 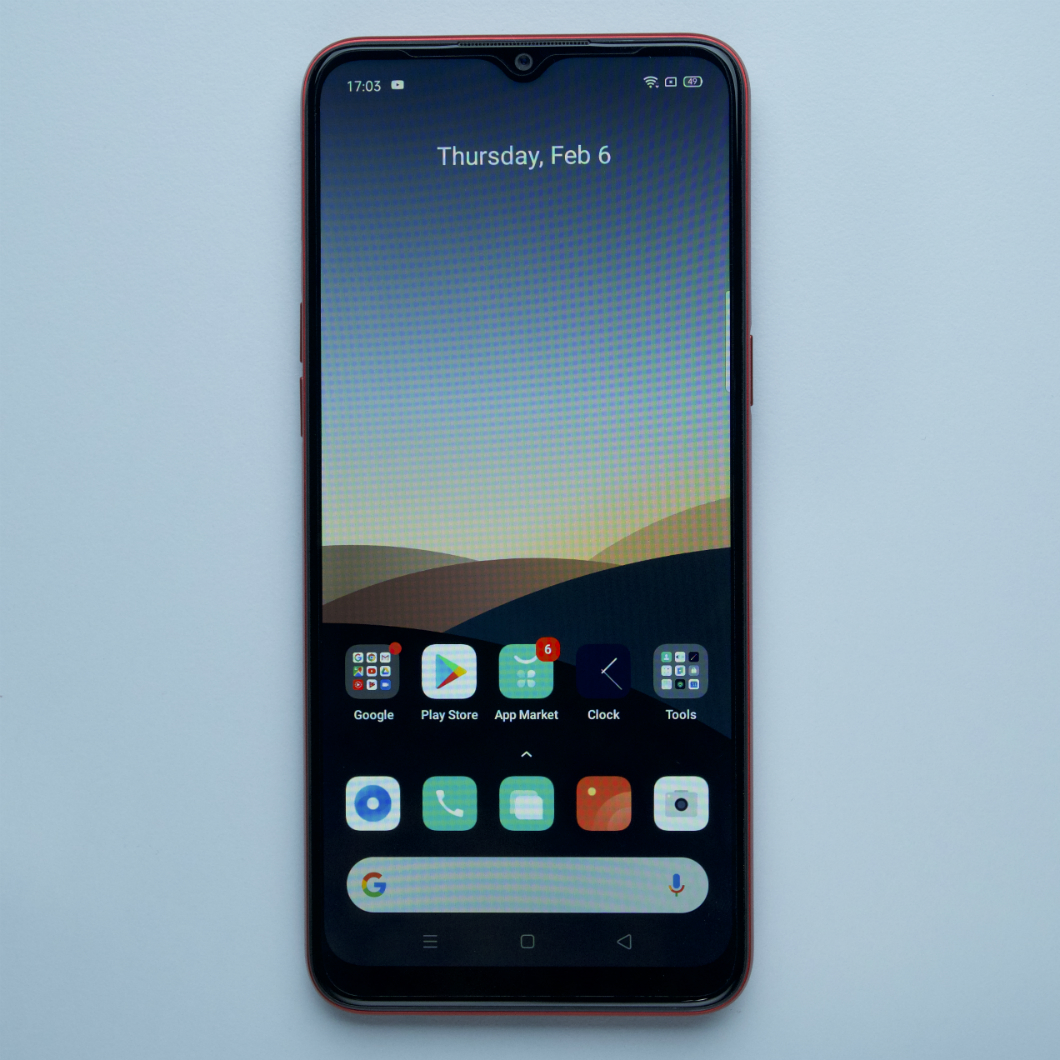 The Realme C3 is a smartphone that gets a lot right, from the 2-day battery life to decent performance, and from a fresh design approach to clean software. Of course, if doesn’t get everything right, and the pain points of a low-end smartphone rear their head in some respects, whether it’s the ageing micro-USB port or the missing fingerprint sensor. But those eyesores withstanding, the Realme C3 is still a compelling smartphone to buy at a price of Rs 6,999. It’ll be hard to go wrong with the Realme C3 but the only caveat is that you will have another option to choose from before you buy it next week – the Redmi 9A launches on February 11th, while Realme C3 goes on sale on February 14th.

Let’s start with the design. Realme C3 has moved away from the diamond-cut pattern of the C2 (review) and instead adopted a sunray pattern on the rear – if you look at the back panel under a light source, it will give the effect similar to the rays of the sun. The striations start near the rear cameras and expand to the right edge, giving two hues of red/ blue to the back. And while the rear casing may appear to be glossy due to this effect, it is actually textured and looks sturdy enough to stave off any scratches the smartphone might pick up while casually slipping it in the pocket or a bag. The camera module protrudes from the back panel, but the ring around it seems to be slightly raised to protect the covering glass from scratches.

Moving on to the front, like on any modern smartphone, the fascia of the Realme C3 is dominated by the LCD display, measuring 6.5-inch in this case. That means there are thin bezels above the display and on the sides and a relatively thick chin below it. That’s a design we see in many Android smartphones, especially the budget and affordable ones, and Realme isn’t really looking to upset the apple cart here. The screen is protected by Gorilla Glass 3 – though that’s not the latest version of Corning’s toughened glass, it is the best you can find in this price range. We’ll find out next week if Xiaomi is going to push the bar higher with the Redmi 9A, but for now Gorilla Glass 3 is the best we can get for this budget.

Why pay in full when you get EMIs with 0% interest?
Buy the Realme C3 now and pay later in flexible EMIs!
Know More

If we talk about the display quality, the Realme C3 uses an LCD panel, which isn’t a surprise considering the price point. The screen delivers bright and punchy colours that look equally consistent in both Light and Dark modes. Under sunlight, however, the panel becomes a little hard to read or enjoy media. Also, if you are a fan of online streaming and want to enjoy Netflix in HD, this smartphone is not the right pick for you – it doesn’t support HD video streaming due to the lack of WideVine L1 certification, which is capped at L3 for SD quality. However, the screen does allow you to enjoy HD gaming on titles such as PUBG, which is perhaps a first in the sub-Rs 10,000 segment. 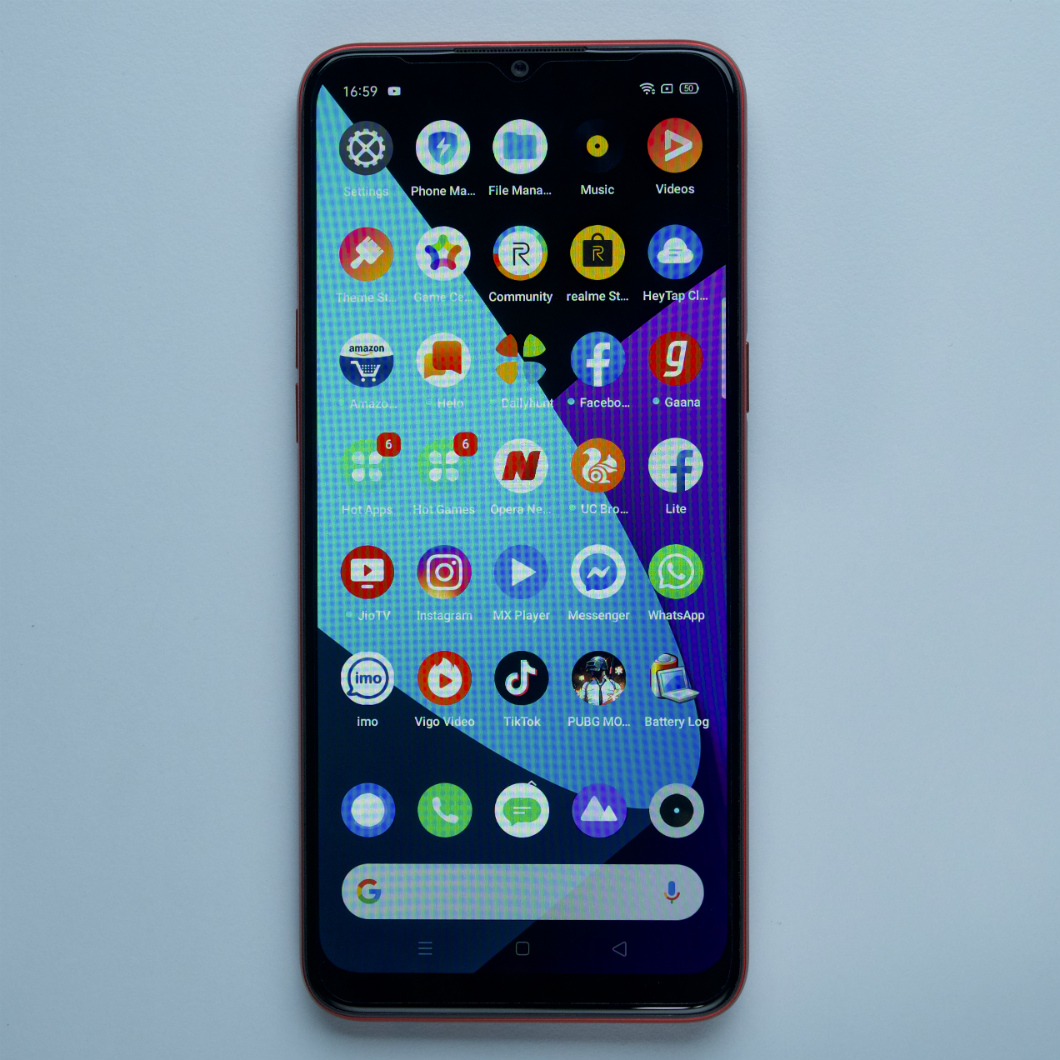 Above the display, housed inside a waterdrop notch, is a 5MP selfie camera, but we’ll get to it in the camera section. You can find the power button on the right edge, the volume keys and SIM card tray on the left. The top edge is barren, while the bottom plays host to the micro-USB port, speaker grille, 3.5mm audio jack, and the mics. Open up the SIM tray and you get the three-card layout, two for the SIM cards and one for a microSD card to add to the 32GB/ 64GB onboard storage. 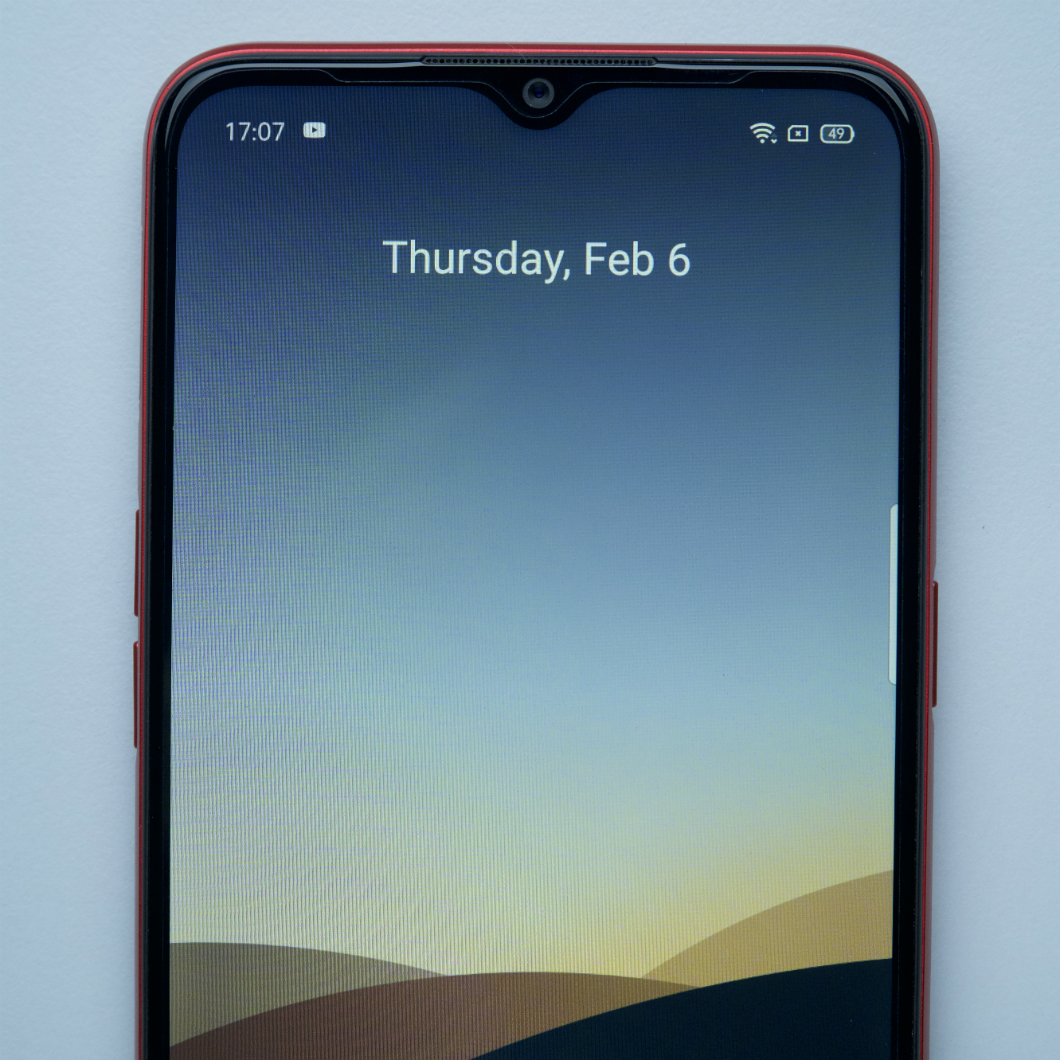 The 20:9 aspect ratio and the textured back mean the Realme C3 is a smartphone that’s very comfortable to hold. With width of 75mm, thickness of less than 9mm and weight of 195grams, the smartphone doesn’t get too heavy or uncomfortable even after hours of usage, whether you are gaming, watching a video, or browsing the web.

In the camera app, you get a familiar UI. The smartphone offers the usual Video, Photo, Portrait, Panorama, Slo-Mo, Time-Lapse, and Expert modes, with the latter giving you control over the ISO, white balance, autofocus levels etc. Features such as chroma boost, Auto HDR, screen flash, filters, etc are available too. You will be able to switch the frame size too, between full-frame, 16:9, 4:3, and 1:1.

As for the camera performance, the Realme C3 delivers average performance that dips to below average when it comes to lowlight conditions. Under sunlight, the smartphone performs quite well, with decent colours and quick focussing. Macro shots capture enough details, while portrait images show some fraying where the blurring starts. As with any other budget smartphone, lowlight images are less than stellar. Overall, the camera is nothing to write home about but gets the job done well enough.

Realme C3 is the first smartphone to feature the Helio G70 chipset from MediaTek. It’s an octa-core chip that has maximum APU clock speed of 2GHz and an 820MHz GPU to appease gamers in the budget segment. In our experience, the smartphone could handle most of the tasks and apps better than the competition, but it really isn’t made to handle tens of processes running in the background. Software lags started to crop up after a while when we stress-tested the smartphone by switching between multiple apps after an intense gaming session. 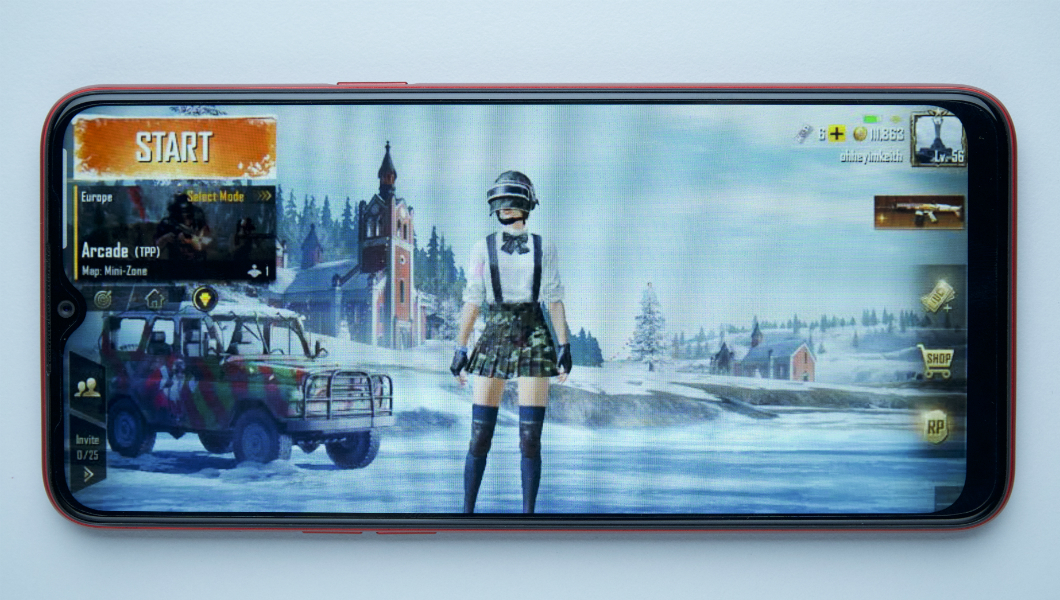 However, in casual usage, the Realme C3 will work well enough to not give you any problems for days. Of course, you will notice how slow it is from time to time. Switching from Dark mode to Light, for example, takes more than a few seconds. And that’s with the 4GB RAM + 64GB variant we had in for the review, so be prepared for not-so-smooth performance if you are buying the cheaper 3GB + 32GB variant instead.

One of the aspects fans of the brand will be really looking forward will be Realme UI. The C3 is the first smartphone to feature the new Realme UI out of the box. The platform is based on Android, so you will be getting the latest flavour of Android despite the low price point, which is not something you can get on most affordable handsets. But Realme UI is not all that revolutionary – it isn’t vastly different from ColorOS 7. So features such as the app drawer, Game Space, the Quick Actions menu, the Settings app all seem quite familiar. But that’s not to say Realme UI doesn’t look good. Inspired by stock Android, Realme UI keeps bloatware out of sight, though it is still there. You can delete the pre-installed apps, but the OPPO/ Realme features such as Theme Store, App Market, and Game Centre are here to stay.

One feature Realme C3 doesn’t have is the fingerprint sensor, the same as its predecessor and the competition. With no biometric lock, you will have to use facial recognition or pattern/ PIN to unlock your handset. The face unlock on C3 works quite well – in our week with the smartphone, it faltered only once under sufficient light. On the other hand, it didn’t work as well in the dark. And be prepared to burn your cornea every time you unlock the handset at night – the face unlock function maximises the screen brightness to compensate for the low light. This is par for the course for budget and affordable handsets, but still a bit annoying. 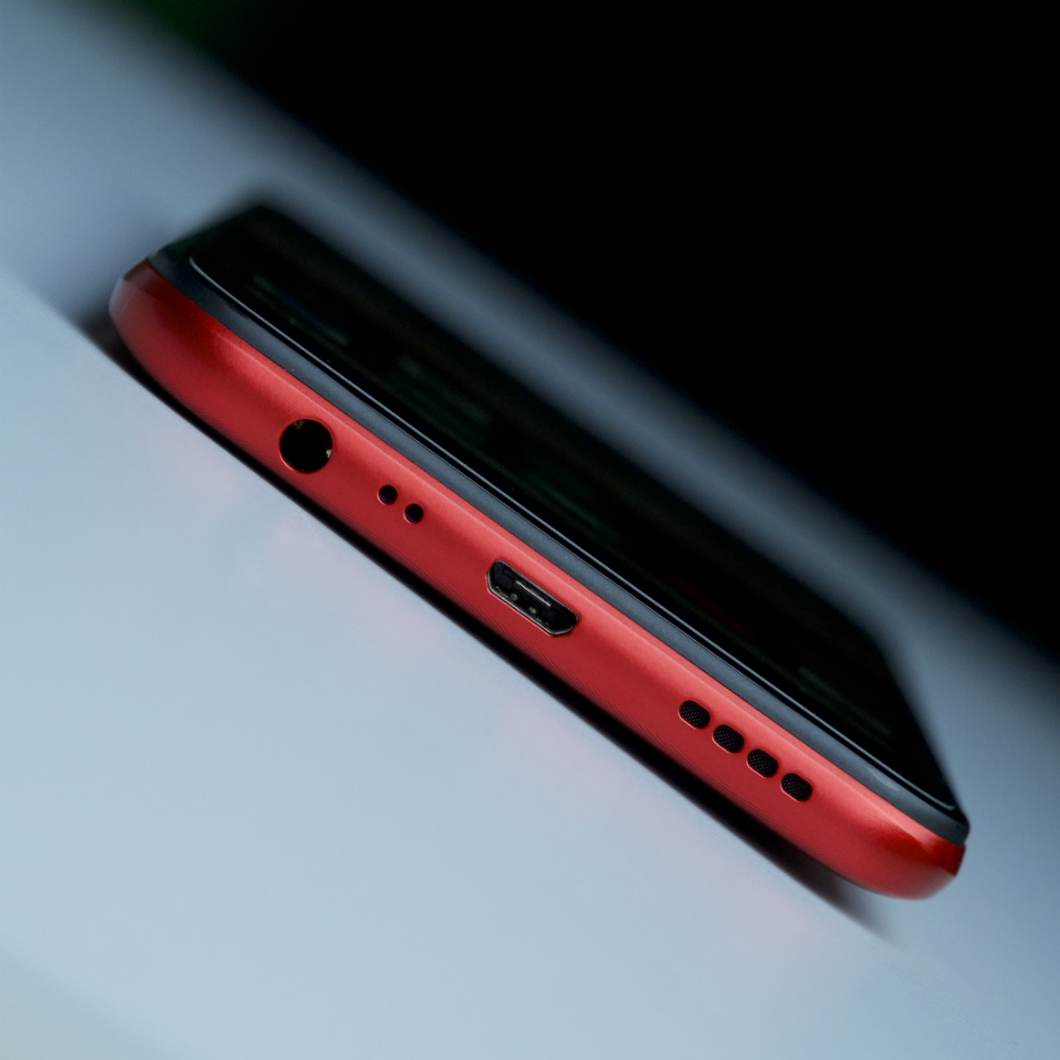 Battery is one of the key USPs of Realme C3 as it packs a 5,000mAh cell. It’s a huge step up from the 4,230mAh battery of the C2 and matches the 5,000mAh cell of the Redmi 8 and 8A (review). And it even tops those with reverse charging – that means you will be able to use your Realme C3 to charge other gadgets. This will require the compatible cables and the process will be quite slow, but the feature is there, which is a nice add-on. On the other hand, the ancient micro-USB port means your smartphone won’t be as future-proof as you’d like it to be. The 10W charger in the box takes over two hours to fully charge the battery from zero, but we never hit that level with the smartphone. Thanks to the huge cell, the Realme C3 keeps going well over the usual 1.5 days that we have come to expect from Android phones, despite an hour of gaming each day. In fact, any casual user will be able to eke out 2 days of battery life from the smartphone. 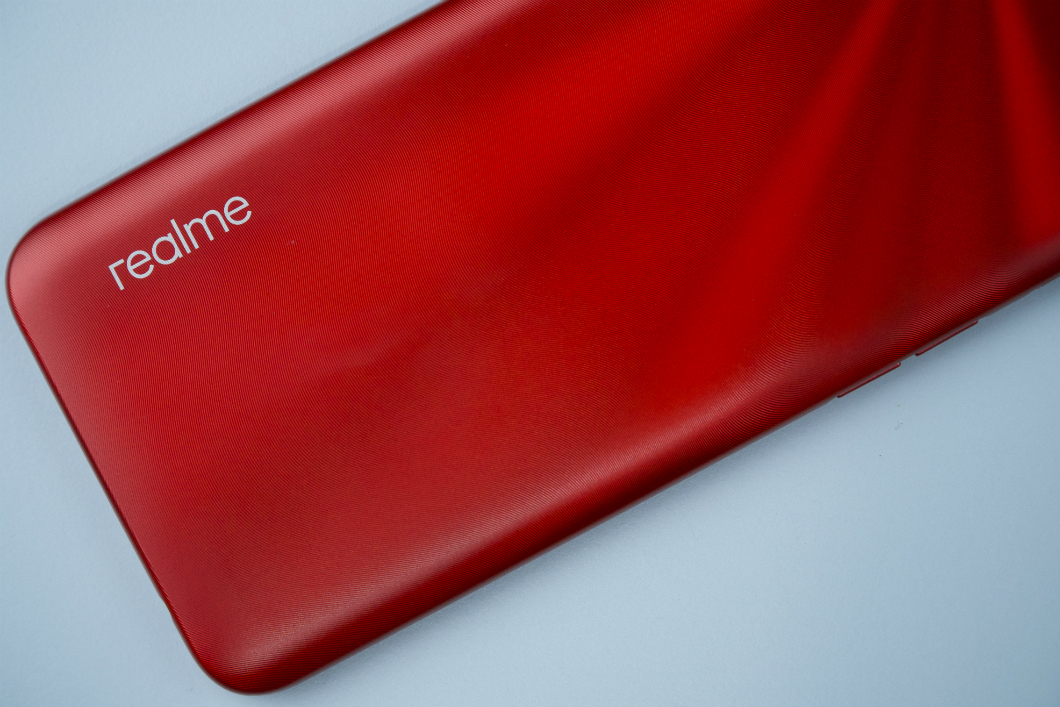 The Realme C3 is a smartphone that gets a lot right, even though there’s nothing revolutionary about it. From the design and display to the performance and the UI, it is a decent smartphone through and through. The G70 processor performs reasonably well in our experience, so that’s a plus that should carry well in the months to come. On the other hand, Realme UI is not all that it was hyped up to be. Nonetheless, the long battery life and the price tags of Rs 6,999 and Rs 7,999 for the 3GB + 32GB and 4GB + 64GB variants respectively are the cherry on top. If Redmi 9A is not in your plans, Realme C3 should be your default choice.