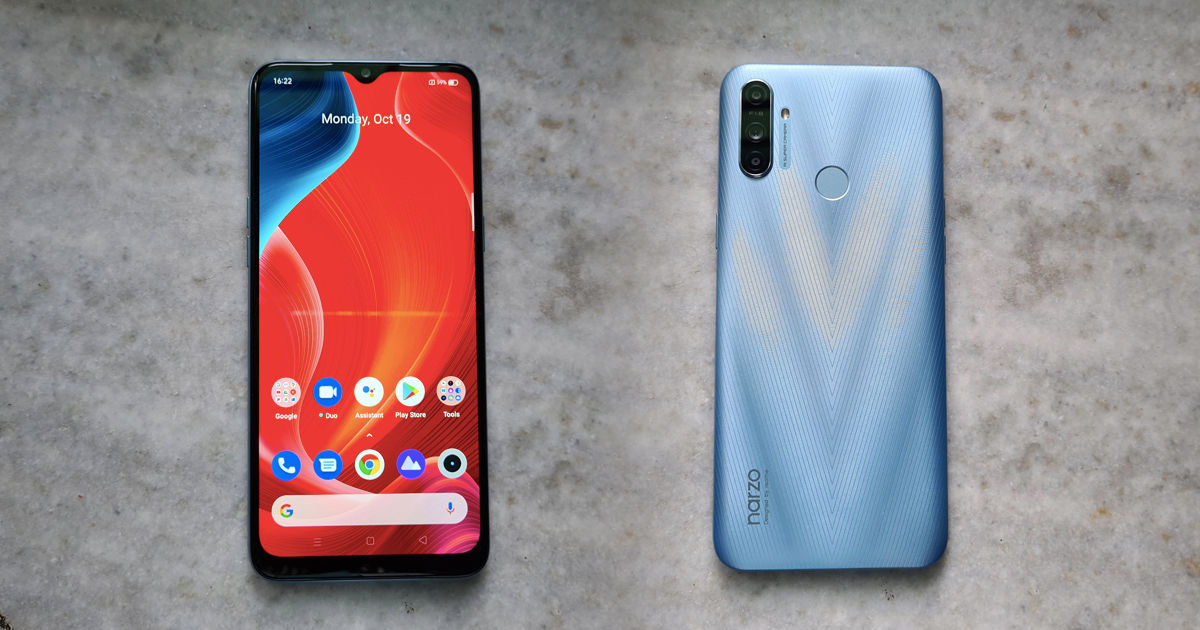 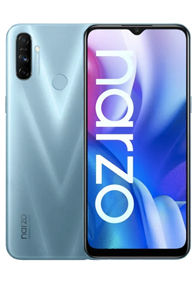 Realme had unveiled its Narzo lineup earlier this year to bridge the gap between its signature Realme series smartphones (with their ever increasing prices) and its budget oriented-roots. However, the overlapping in prices in the Realme lineup has led to some confusion, with the Narzo series being a prime example. I had already covered the Narzo 20 (review) and Narzo 20 Pro (review) smartphones which seemed to be infringing on C series and Realme 7 territory respectively. Now we have the Narzo 20A, which starts at Rs 8,499, and at first glance, removes any need for the Realme C series phones. With a focus on a big battery, reliable camera setup and decent performance on paper, I had relatively high hopes for the Narzo 20A. Here is my review of the device to see how many of these features translated to a good user experience for the price. 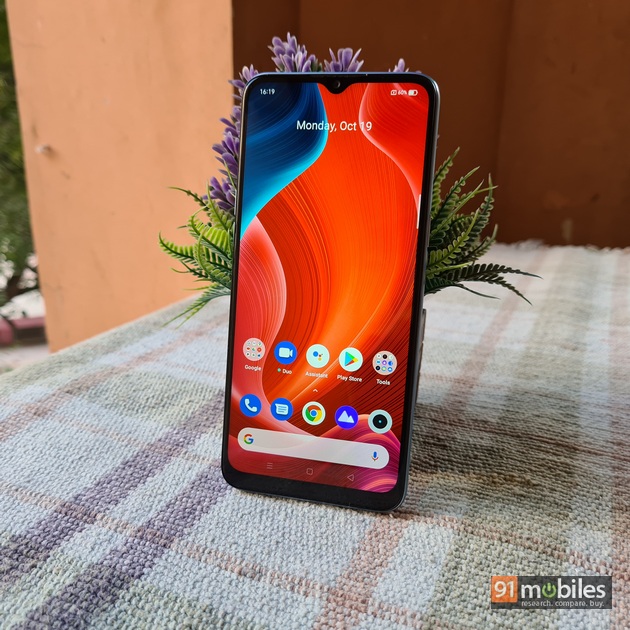 The Narzo 20A has a unibody plastic design with a pattern of triangles swooping down. The edges curve slightly downwards, a practice almost all OEMs adopt these days to give a better grip in hand. The device is fairly light considering the big battery it houses and the buttons are places is in such a way that my fingers can easily reach them. There is a physical fingerprint sensor on the back while the triple-camera setup is on the top left. Realme has opted for a micro-USB port instead of Type-C and there is the familiar 3.5mm headphone jack and speaker grille on the bottom. 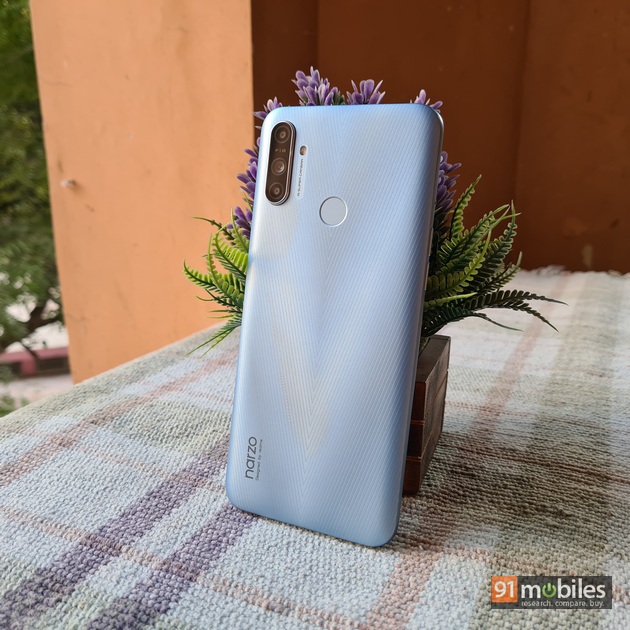 The Narzo 20A packs in a run-of-the-mill 6.5-inch HD+ (1,600 x 720) display with a waterdrop-style notch for the selfie shooter. You will get some chunky bezels on all sides, especially the chin… while the protection for the display is a dated Corning Gorilla Glass 3. In terms of display customisations, there are toggles for Dark mode and Eye comfort while the only other visual change you can make is to set the colour temperature from warm to cold. In general, I was pleased with the colour tone and brightness levels on the device, which is in line with what you can expect from budget Realme phones. There is no Widevine L1 support for HD playback in streaming services but it is hardly an issue for a sub-Rs 10,000 phone. 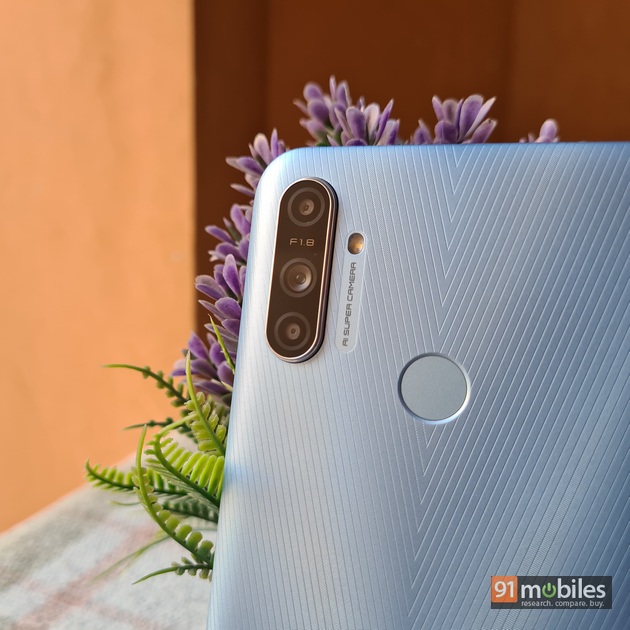 In the optics department, the Realme Narzo 20A hasn’t got anything too fancy to flaunt, given its price. There is a 12MP primary sensor with f/1.8 aperture, along with a 2MP B&W lens and a 2MP retro lens. As a daylight shooter, the Narzo 20A works surprisingly well and clicks decent pictures. Dynamic range and contrast levels are a slight problem every now and then, but you do get some nice colour accuracy levels, which is very hard to find in budget phones. The B&W sensor is for clicking monochrome portrait shots which is a nice addition but on the whole, has a very niche use case. Regular portrait shots are indeed quite good with a healthy amount of blur with the separation on point for most photos. The phone can do some macro shots as well but they border on the unusable more often than not. Another thing which is kind of a big deal is the ability of the phone to shoot 4K videos @ 30fps. Nighttime photos aren’t too shabby with the phone making use of the dedicated night mode for better clarity in low light. The phone does require an external source of light to bring out details, otherwise the shots turn out to be a noisy mess. As for the retro sensor, I couldn’t find much use for it. On the front, there is an 8MP selfie camera which takes decent photos with matching colour tones, and less oversharpening than what I had expected. Portrait shots worked fine but do require a lot of light to work with. 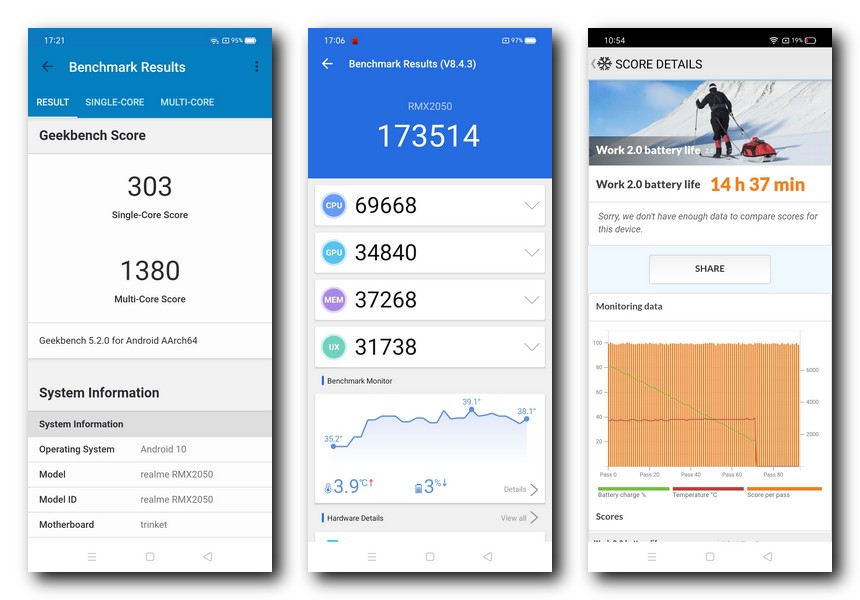 The Qualcomm Snapdragon 665, which powers the Nazo 20A, would be a great chipset if the year was 2019.  We are now moving towards the end of 2020 which makes this SoC, released sometime in February last year, pretty outdated. Even so, the phone manages to get in decent benchmarking scores as compared to its peers. You can also get 4GB of RAM with 64GB of internal storage that can take care of most of your needs and if not, there is also the option to increase storage using a microSD card by 256GB. General usage of the phone was modest with slight stutters when switching between apps. Intensive gaming was frankly a no-no on the device and there was also a bit of heating around the back as well. But by and large, I felt no visible performance issues on the device and it should run all basic tasks quite smoothly. 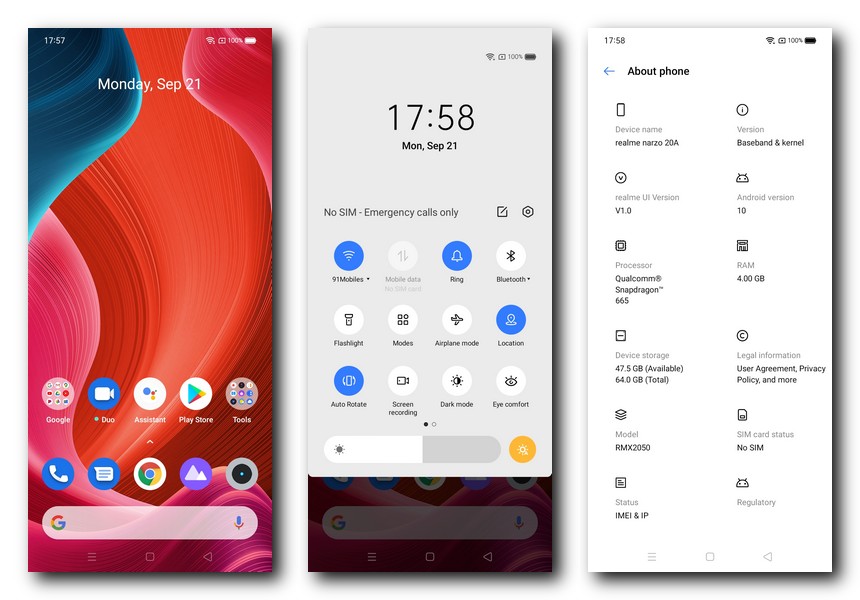 Apart from this, authentication via the fingerprint sensor is also quite fast and accurate, with the sensor just within reach of my index finger. Speakers, microphone and earpiece quality were decent, as expected on the device. On the software side of things, the device runs RealmeUI 1.0 which is based on Android 10. The phone has the usual bloatware issues, but on the whole, the skin is lightweight and the customisable themes make for an interesting experience. 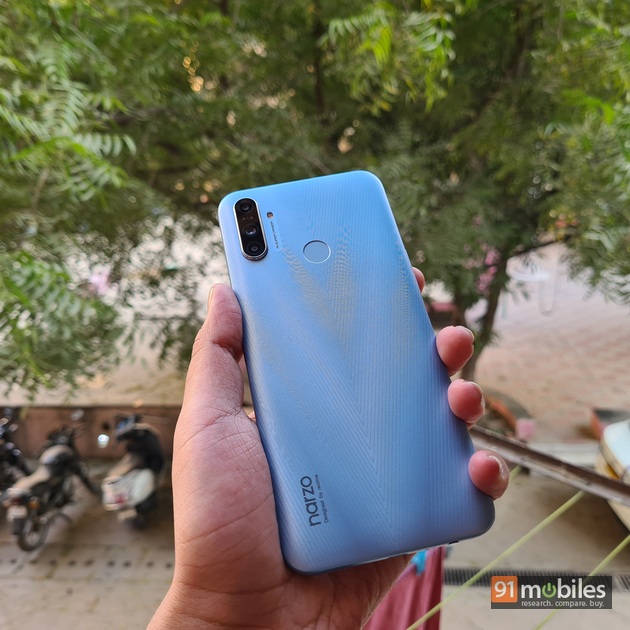 Realme has packed in a sizeable 5,000mAh battery inside the Narzo 20A, something which is fast becoming commonplace on budget phones these days. The company is claiming a stand by time of nearly 40 hours and I’m bound to agree as the device does not harbour intensive processing workloads. On a normal day of usage, the phone lasted me around a day and a half, on Wi-Fi. It does take a while to charge back with the 10W charger provided in the box, specifically about 2 hours and 30 minutes. On the bright side, you can use the phone as a power bank with the reverse charging feature. PC Mark’s Work 2.0 battery test showed that the device lasted for 14 hours and 37 minutes on a single charge, which is an impressive feat. 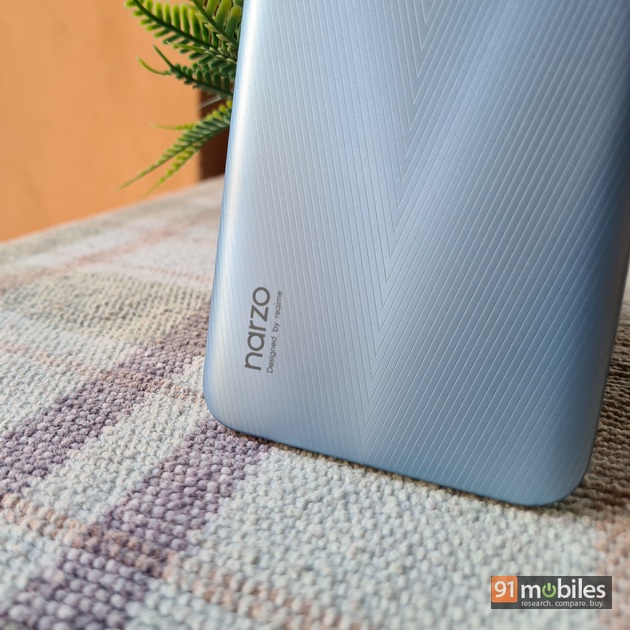 I believe that the Realme Narzo 20A is one of the better phones out there in the Rs 8,000 – Rs 10,000 category. It may not be the fastest or come with the biggest battery or have the best cameras in the segment, but it is a jack of all trades. There are phones that can be considered better in some areas. The Redmi 9 Prime (review) for example, offers a capable chipset, better display, and more cameras, but it’s priced starting at Rs 9,999. However, against the likes of the Infinix Hot 9 (review) or Tecno Spark 6 Air, the Narzo 20A starting at Rs 8,499 looks like a really good deal. 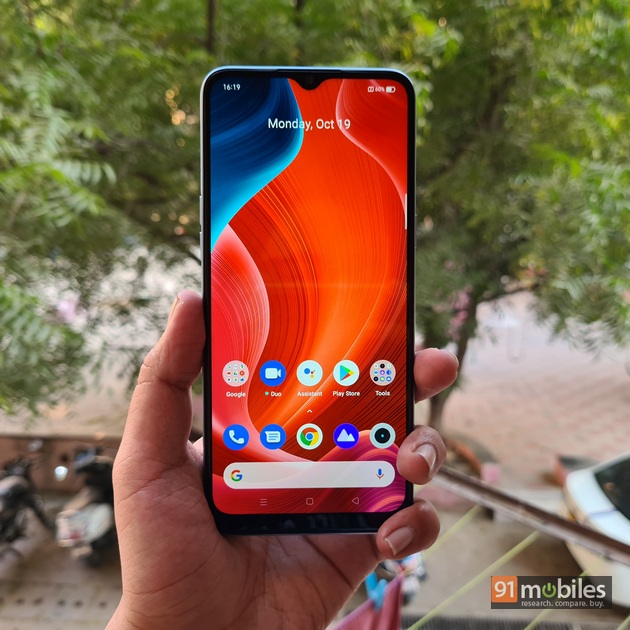