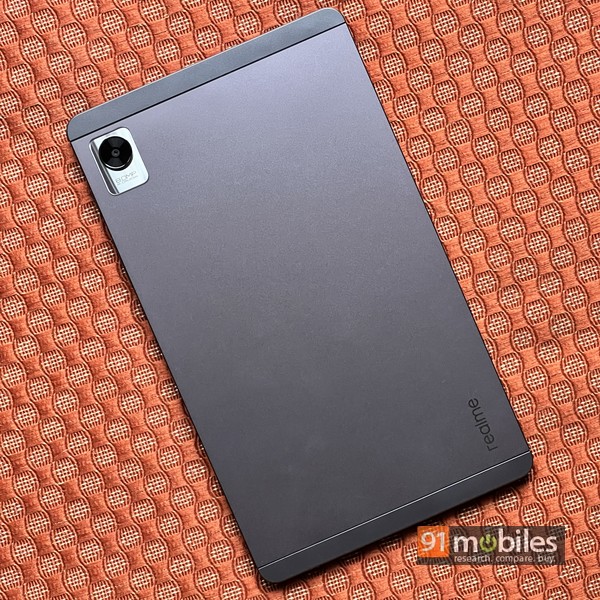 Clad in a slim metal body, the Realme Pad Mini is well built and defies its budget pricing to offer a somewhat premium look at feel. It’s light (372 grams) and comfortable to hold in one hand for long periods too, something that bodes well for a slate. The screen is raised slightly above the body, which is something we’ve seen on budget phones, and the bezels around the display are noticeable. This however, does little to break the deal, at least in terms of overall design. Holding it in vertical orientation, you’d see the front camera placed above the screen, with the power key and volume rocker on the right, and a SIM tray on the left. 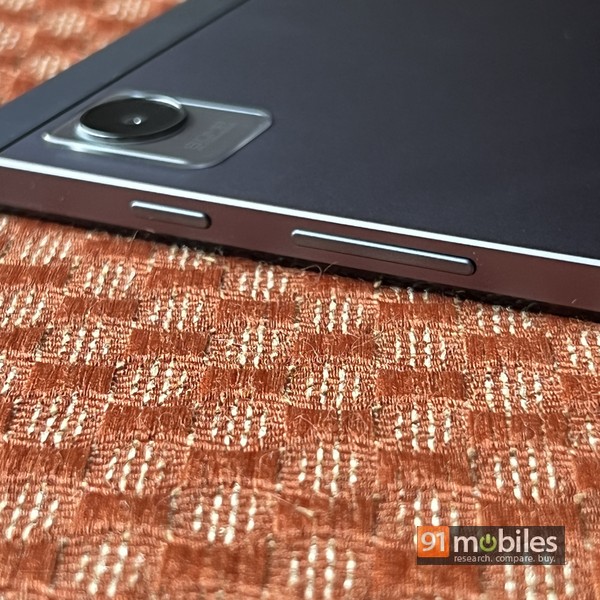 On the top is a 3.5mm headphone jack, next to a speaker, while another speaker is placed at the bottom along with the Type-C port. Both the 3.5mm headset socket and the Type-C port are placed quite close to the edge for some reason though, instead of being in the centre of the spine. At the rear, the most prominent design element is the large camera lens, placed inside a rectangular module. Realme branding can be seen closer to the bottom. 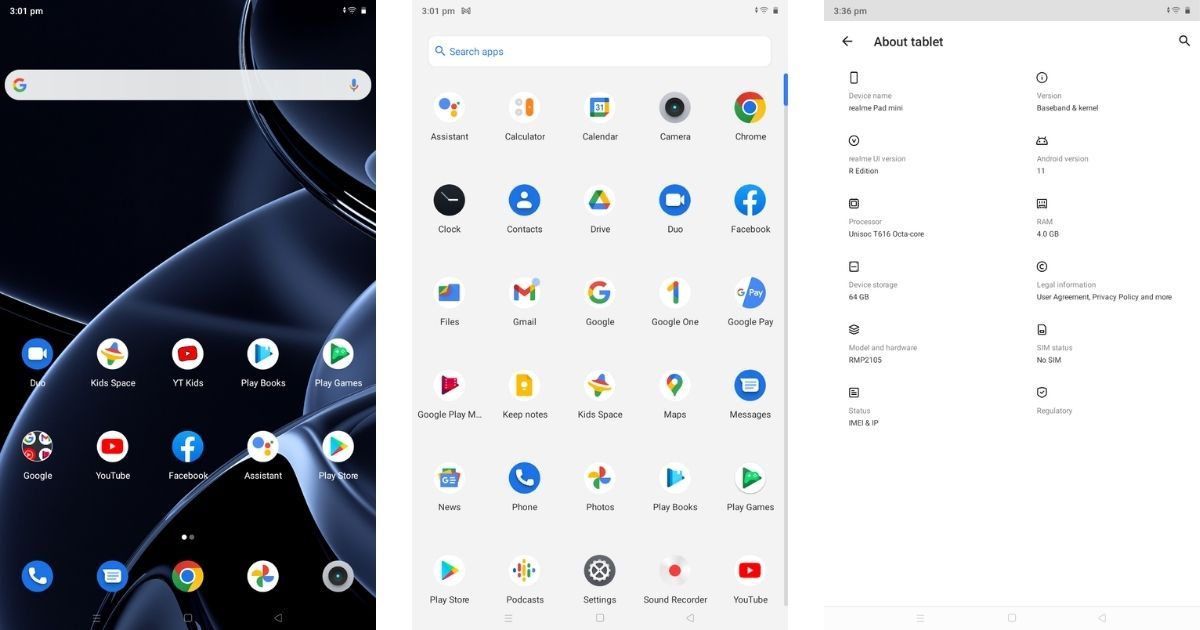 Realme has labelled the Android build running on the Pad Mini as Realme UI for Pad. However, it doesn’t look like any special features have been added over and above stock Android 11. The good news is that the UI is quite clean, and doesn’t have any bloatware either. Furthermore, the highly useful Kids Space app from Google comes preloaded, allowing you to create separate profiles for kids and offering them curated, age-appropriate content. You can run two apps together in split-screen mode too.

The 6,400mAh battery inside the Realme Pad Mini lasts long, and with intermittent usage, you can expect 2-3 days on a single charge easily. Even if your usage is heavy, it should last the entire day with ease. There’s support for 18W charging, and the device juices up in around 2.5 hours. 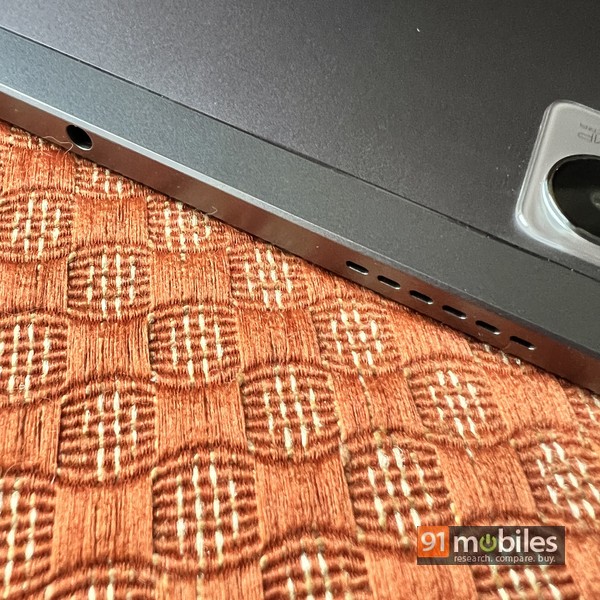 The stereo speakers also deserve a worthy mention, since they get reasonably loud, and do their bit in improving media consumption on the device. 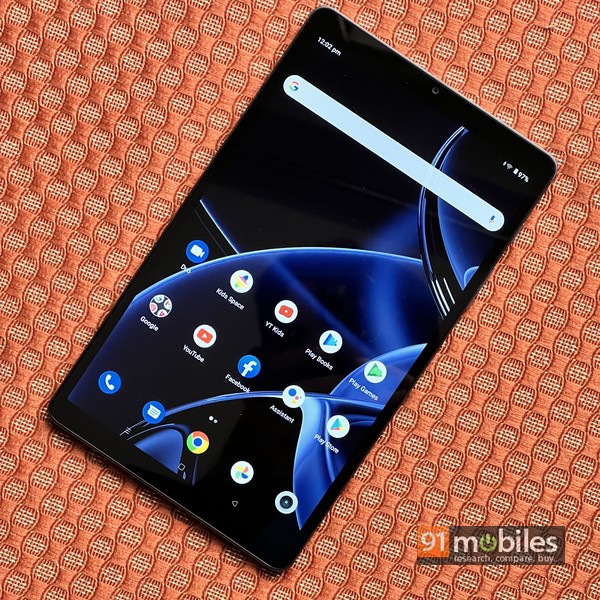 Now this is where things get tricky for the Realme Pad Mini. The device sports an 8.7-inch LCD display with 60Hz refresh rate and 1,340 x 800 pixels resolution. This WXGA+ resolution is less than ideal for a content consumption device, and results in visuals that aren’t too pleasing to the eyes. This, of course, affects almost everything you do on the device, with even the text appearing coarse at times. On the positive side, you do get a few options to customise the display. This includes a dark mode, a reading mode, night light, and the ability to choose colour temperature. You also get Widevine L1 support for HD playback. 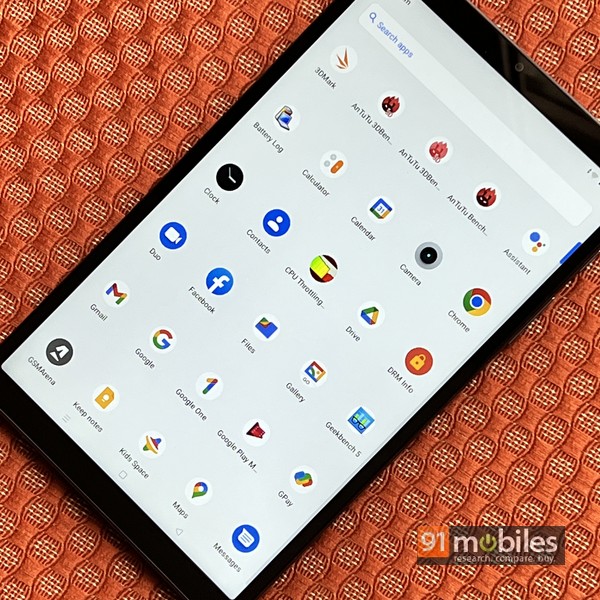 While stock Android and zero bloatware is a good thing, the other aspect of Realme’s implementation is the fact that there are no tablet-specific features or customisation options available. 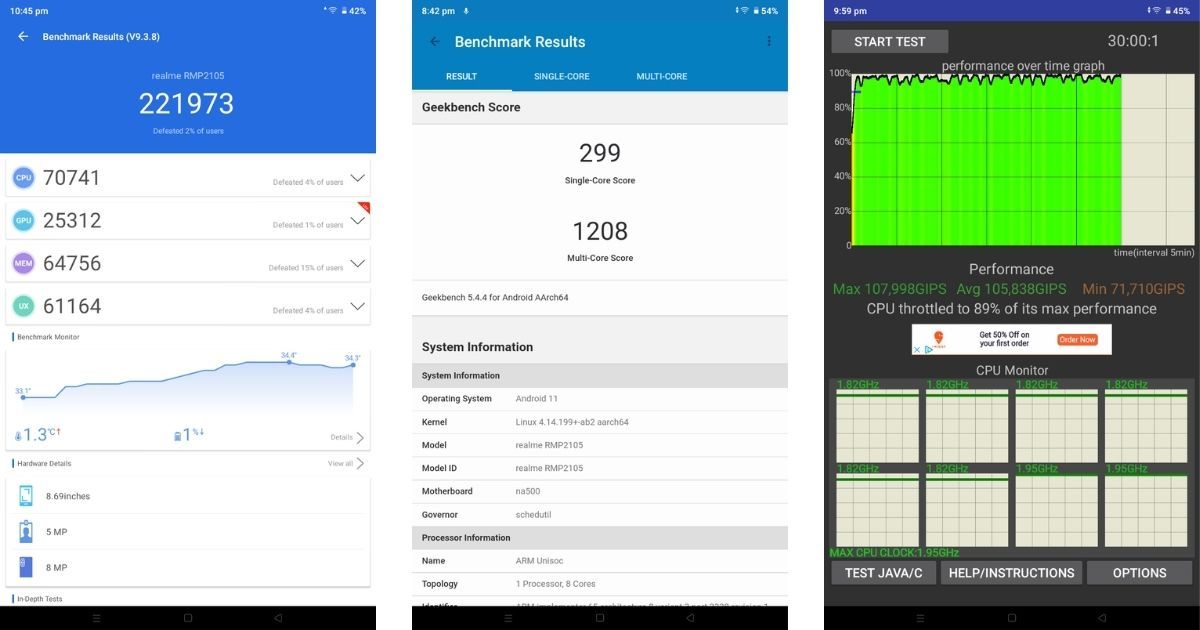 The Unisoc T616 SoC powers the device, along with up to 4GB RAM and up to 64 gigs of storage. Now this isn’t a powerhouse of a combination, by any means. But that said, it works well for the usual day-to-day tasks. Casual games can be played too, but trying to play intensive games on the tablet won’t be a pleasurable experience. Suffice it to say that while the Realme Pad Mini should work reasonably well for most regular use cases, you might find it lacking in case you’re looking to play some serious games or otherwise subject it to intensive use.

Unfortunately, Realme hasn’t added stylus support to the tablet, so you can’t really use it for proper note-taking or drawing. Of course, you do have the option of using a capacitive, third-party stylus or your fingers for this, but the experience isn’t the same as using an active stylus. 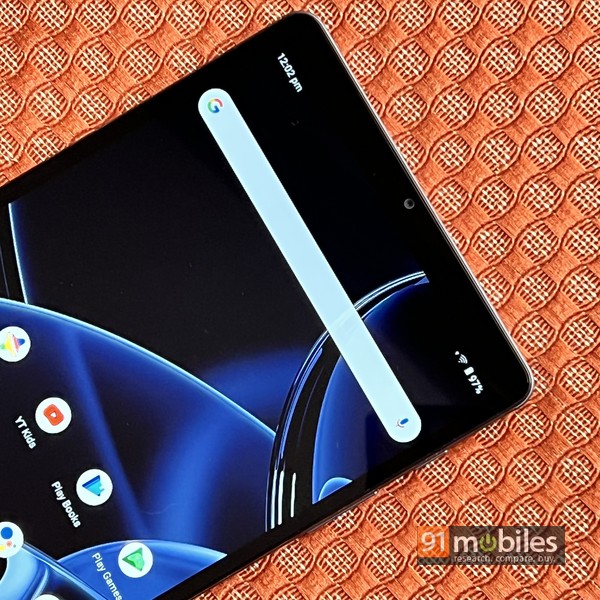 Also worth mentioning is the fact that there’s no fingerprint scanner on the device, but you do get face unlock, which works well as long as there’s enough ambient light. The 8MP rear and 5MP front cameras are basic, and just about do their jobs. 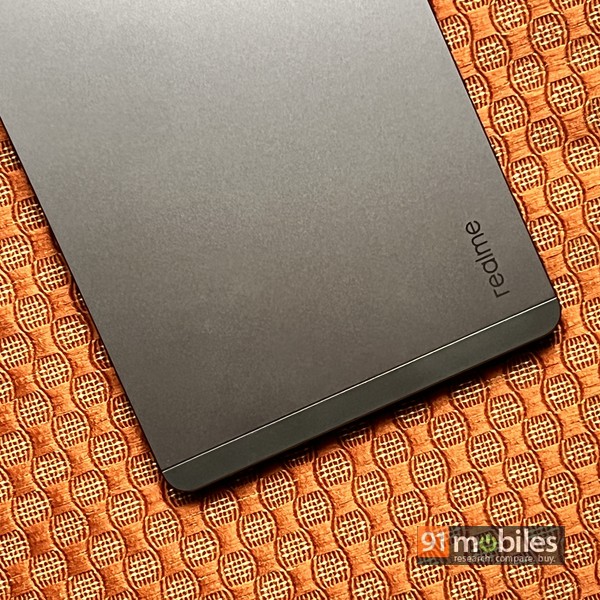 The Realme Pad Mini is available in both Wi-Fi only as well as LTE variants, with the base version priced at Rs 10,999. The top-end model with 4GB RAM, 64GB storage and built-in 4G will set you back by Rs 14,999. Now the pricing certainly seems affordable, but mainly due to its less than ideal screen, the Realme Pad Mini doesn’t come across as a compelling device for content consumption. It does however, score high on build quality, is lightweight, and offers pretty good battery life. These are important aspects and quite useful too, so if you’re on the lookout for a handy device that you can carry around and don’t want to spend too much, the Reame Pad Mini deserves a second look.