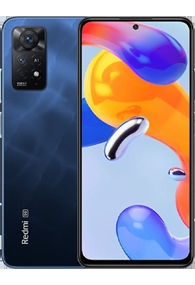 The Redmi Note series of phones have for long, been the go-to device for consumers looking for an affordable, feature-packed Android, and for good reason. You see, the Note range is replete with capable all-rounders that don’t just perform well, but come toting gorgeous screens and a versatile array of cameras too. In fact, the company’s Redmi Note 10 Pro Max (review) is still hailed as one of the best mid-rangers in the sub Rs 20K segment. Be that as it may, the brand recently unveiled the successor to the Redmi Note 10 Pro Max in the form of the Redmi Note 11 Pro+. Suffice it to say, Redmi’s latest offering has some pretty big shoes to fill so, let’s find out if the phone is worth your hard-earned bucks.

The Redmi Note 11 Pro+ is a decent mid-ranger, although, the device falls slightly short of expectations. Be that as it may, the handset offers a serviceable Android experience, provided you can look past its shortcomings.

The Redmi Note 11 Pro+ is a head-turner, to say the least. The device is available in three different hues, however, I was sent the Phantom White variant for review. Now, I haven’t seen the other colourways in person but, truth be told, I had my heart set on the white colourway from the word go. To wit, Redmi has struck the perfect balance between a classy and flaunt-worthy design. The smartphone’s white back, albeit eye-catchy, is void of any shimmery glitter or gaudy decals. 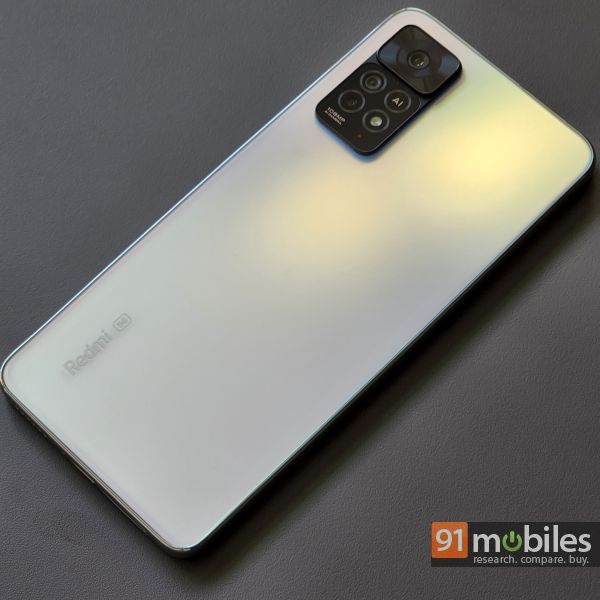 Instead, the handset employs a tasteful matte finish that doesn’t just feel velvety to the touch, but it also helps keep smudges and stains at bay. That’s not all, as the phone comes layered with Corning’s Gorilla Glass v5 on both, the front, as well as the back, thereby ensuring your device stays somewhat sheathed from scratches and scuffs too. 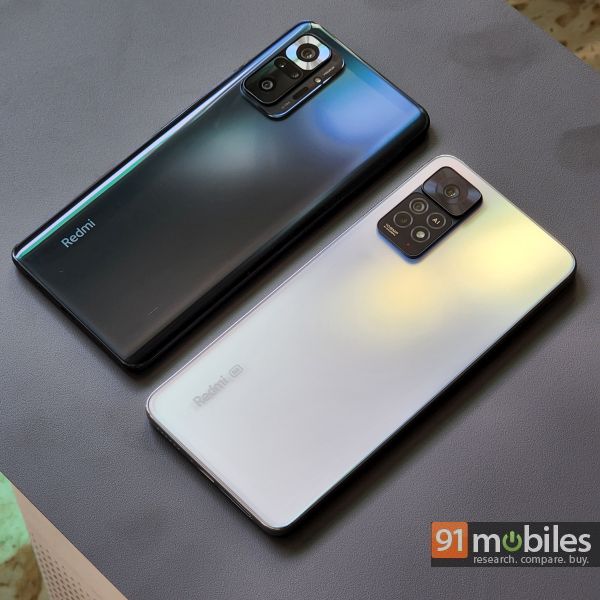 I should also point out that, unlike its predecessor, the Redmi Note 11 Pro+ utilises a flat frame which paid dividends for my in-hand grip. So much so, I felt confident in using the phone without a case. And, for those curious – the frame has been constructed using plastic, albeit it feels quite sturdy. What’s more, the colour of the frame blends really well with the phone’s colour scheme too, ensuring the sides don’t appear out of place. As for the I/O, the Redmi Note 11 Pro+ employs a stereo speaker setup, touts a USB Type-C port for charging and features a side-mounted capacitive fingerprint sensor. The sensor worked well during my stint with the phone, so no complaints here. 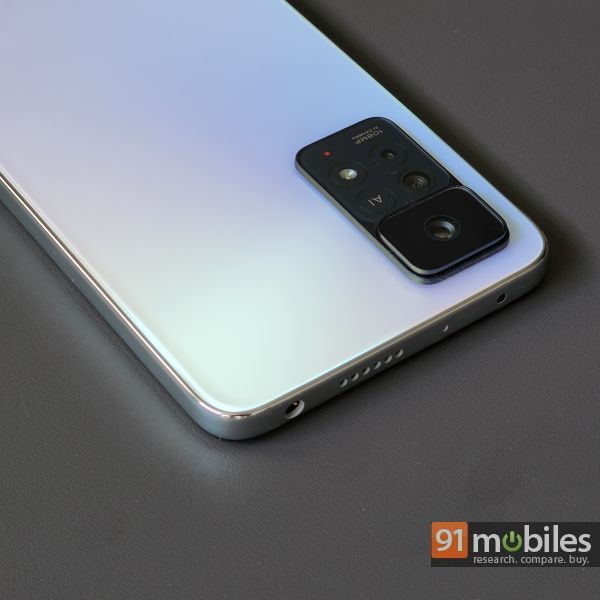 That’s not all, as the device also features a hi-res certified headphone jack and offers satisfactory tactile feedback too. In fact, I much preferred the haptics of the phone over the similarly-priced Realme 9 SE 5G (review). 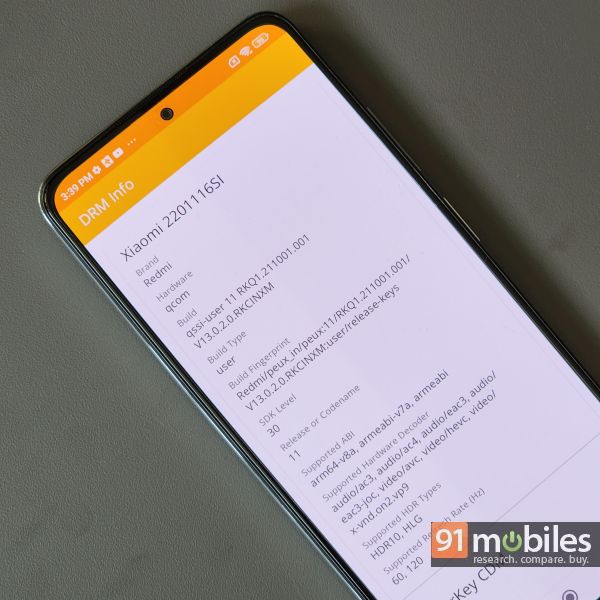 Display-wise, the Redmi Note 11 Pro+ ships with a 6.67-inch, FHD+, AMOLED display that can refresh at 120Hz. The panel ships with a tiny punch hole notch, which isn’t too distracting, and the screen is plenty snappy too, which can be accredited to its 360Hz touch sampling rate. I should also add that the panel gets audaciously bright at 1,200 nits, meaning you can comfortably use the phone outdoors, under the sun. 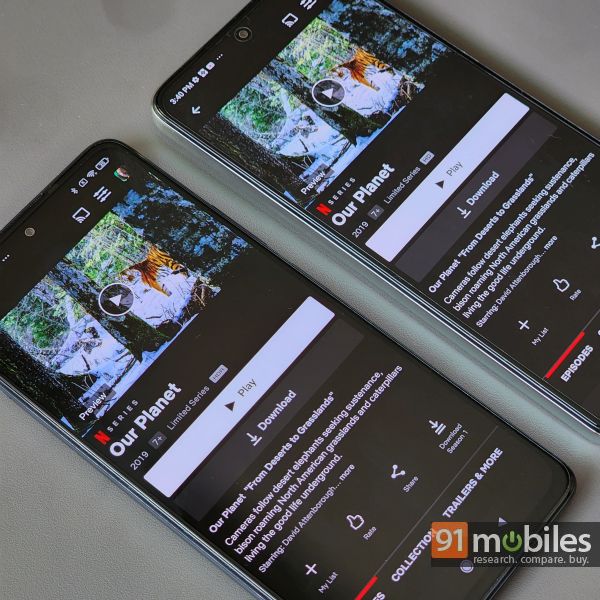 On paper, the smartphone’s screen checks all the right boxes, however, specs rarely paint the complete picture. I say this, because the phone cannot relay HDR videos via Netflix or YouTube. That’s quite disappointing, especially when you consider that the Redmi Note 10 Pro Max can, in fact, relay HDR media from YT and other OTT services. Correspondingly, while the Redmi Note 11 Pro+’ screen will wow you with its punchy colours and excellent viewing angles, the device doesn’t offer the best media consumption experience under Rs 20K. I’d also like to point out that despite locking the phone’s refresh rate at 120Hz, the animations appeared stuttery time and again. This could have something to do with the SoC’s modest performance chops, as I noticed the same issues on last year’s Redmi Note 10 Pro Max as well. 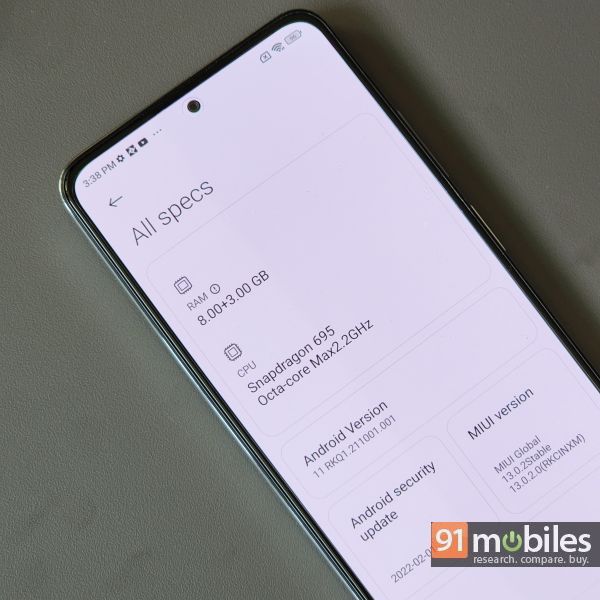 Speaking of which, the Redmi Note 11 Pro+ is backed by Qualcomm’s Snapdragon 695 octa-core SoC. The chipset works alongside speedy UFS 2.2 storage, and LPDDR4x memory. Now, for the most part, the device performs admirably. In fact, buyers looking for a phone to get the basics done including browsing social media apps, surfing the web, and playing some casual games can undoubtedly rely on the Redmi Note 11 Pro+. That’s not all, as the phone can handle graphically intensive titles like BGMI at respectable settings too.

To wit, the device could run the game at HD graphics and High FPS preset, or Smooth graphics and Ultra FPS preset. Correspondingly, the performance offered by the phone is on par with the Redmi Note 10 Pro Max launched last year. What’s more, I am happy to report that the phone doesn’t throttle under sustained workloads either and despite running BGMI on the phone for almost 40 minutes, I didn’t stumble across any instances of frame drops on the device. The back of the phone does get slightly warm, although that is to be expected when you’re running a resource-hungry game on any modern phone.

With that said, buyers looking to invest in a capable gaming phone will find no shortage of better-specced devices in the country. The POCO X3 Pro (review), for instance, is still the fastest Android phone under Rs 20K. Furthermore, devices like the Realme 9 SE 5G can also run games at better graphics and FPS settings. As for software, the device boots MIUI 13 on top of Android 11. Now, I would’ve liked to see the phone run Android 12 out of the box. Furthermore, the smartphone comes bundled with a ton of bloatware too. On the flip side, the device offers oodles of customisation features, including a built-in theme store, among other things. You can read more about the UI in our review of the Redmi Note 11, so for now, let’s take a closer look at the unit’s camera setup. 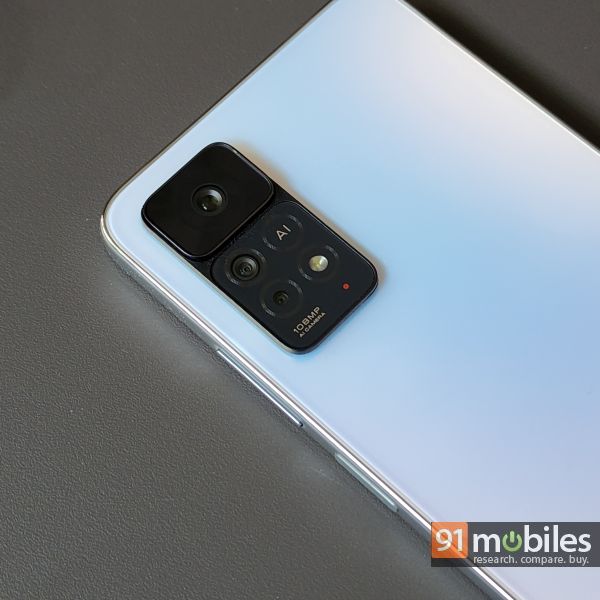 The Redmi Note 11 Pro+ ships with a versatile camera setup that can click enticing photos, come night or day. Now, I’ve already compared the smartphone’s cameras to the Realme 9 SE 5G, so do check it out. That said, for the purpose of this review, I wanted to pit the cameras on the Redmi Note 11 Pro+ against the best affordable camera phone from last year and, coincidentally, its predecessor – the Redmi Note 10 Pro Max. 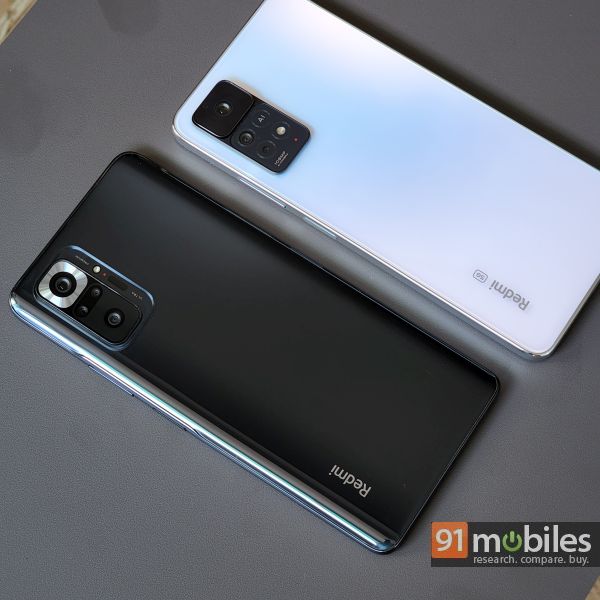 Spec-wise, the Redmi Note 11 Pro+ ships with a 108MP main sensor that works alongside an 8MP UW lens and a 2MP macro sensor. For selfies, the device gets a 16MP selfie camera upfront. The Redmi Note 10 Pro Max offers the same camera setup with the addition of a 2MP depth sensor positioned towards the rear too. 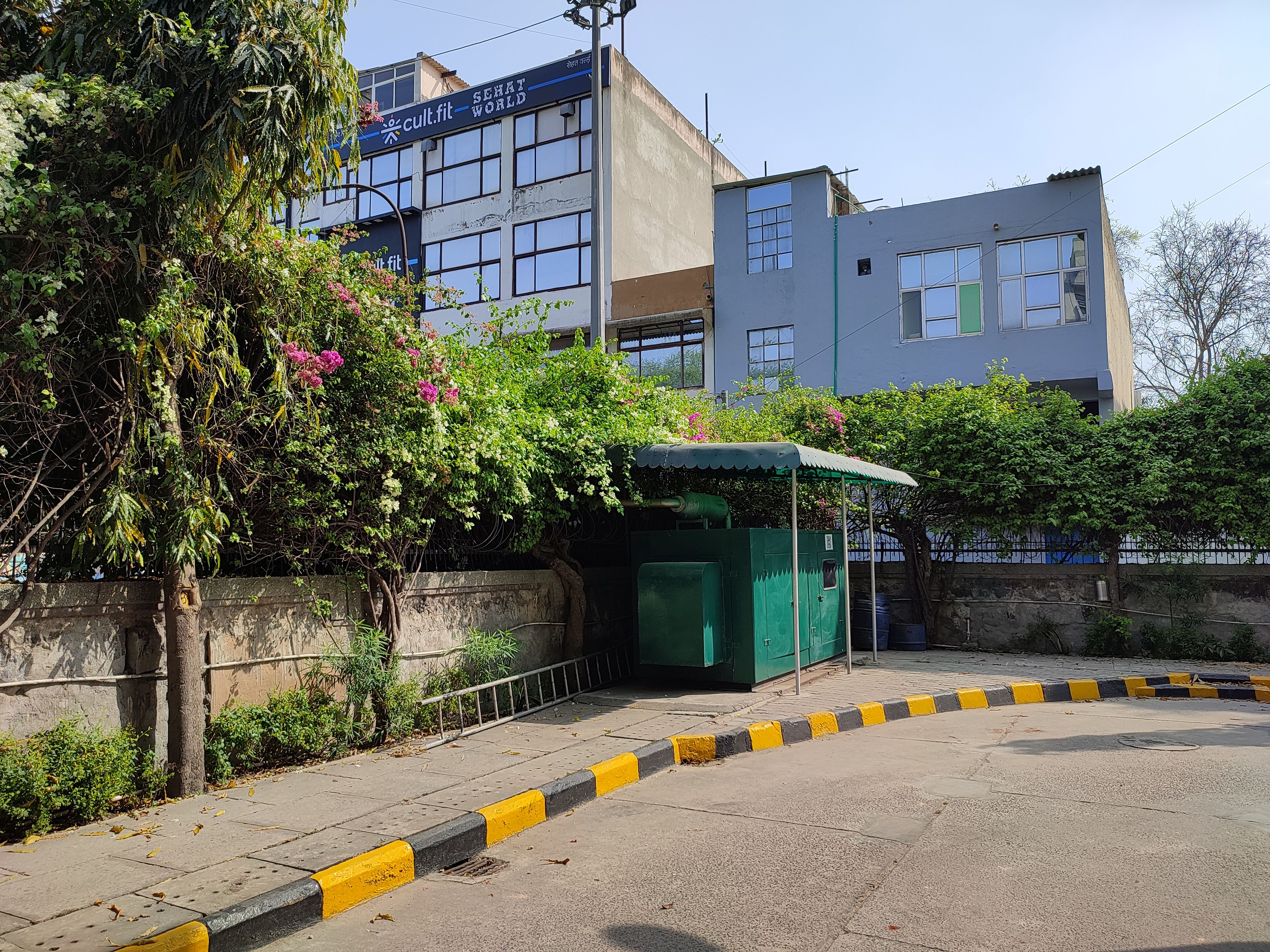 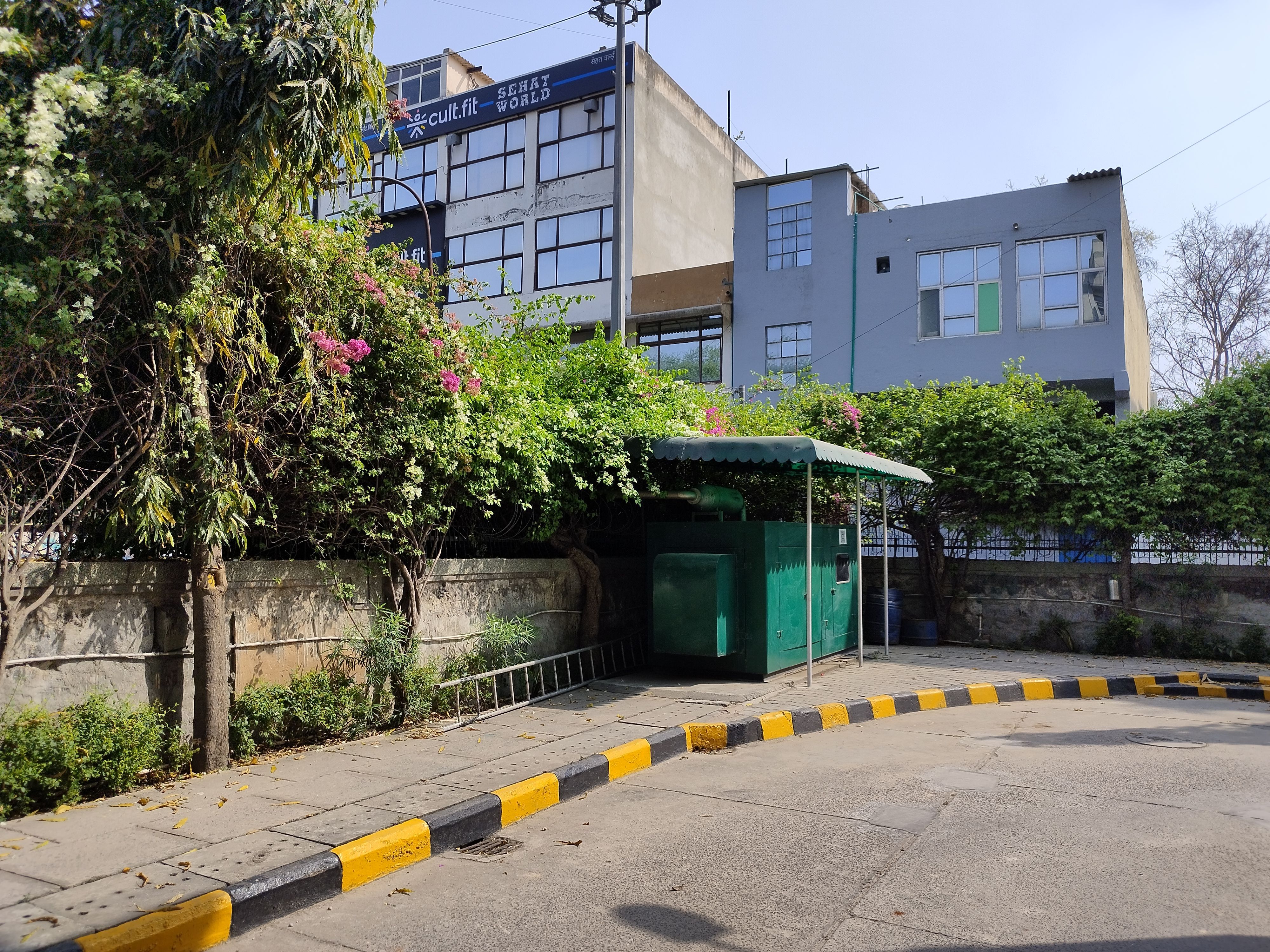 Now, for the most part, photos snapped by the two phones are neck and neck. That said, shots taken during the day offered better details (especially around the shadows), as well as lesser noise in Note 10 Pro Max’s compositions. In fact, if you look at the slider attached above then here, you can tell that the tree positioned behind the generator is flush with noise in the Note 11 Pro+’ photo. On the other hand, the Redmi Note 10 Pro Max offers a sharper image with better textures and less noise.

In the same snap, if you pay attention to the corner details of the two photos, then you’ll notice that the Note 10 Pro Max’s shot has retained the sharpness of objects positioned towards the periphery of the frame rather well too. The Note 11 Pro+’ shot, on the other hand, leaves a bit to be desired. 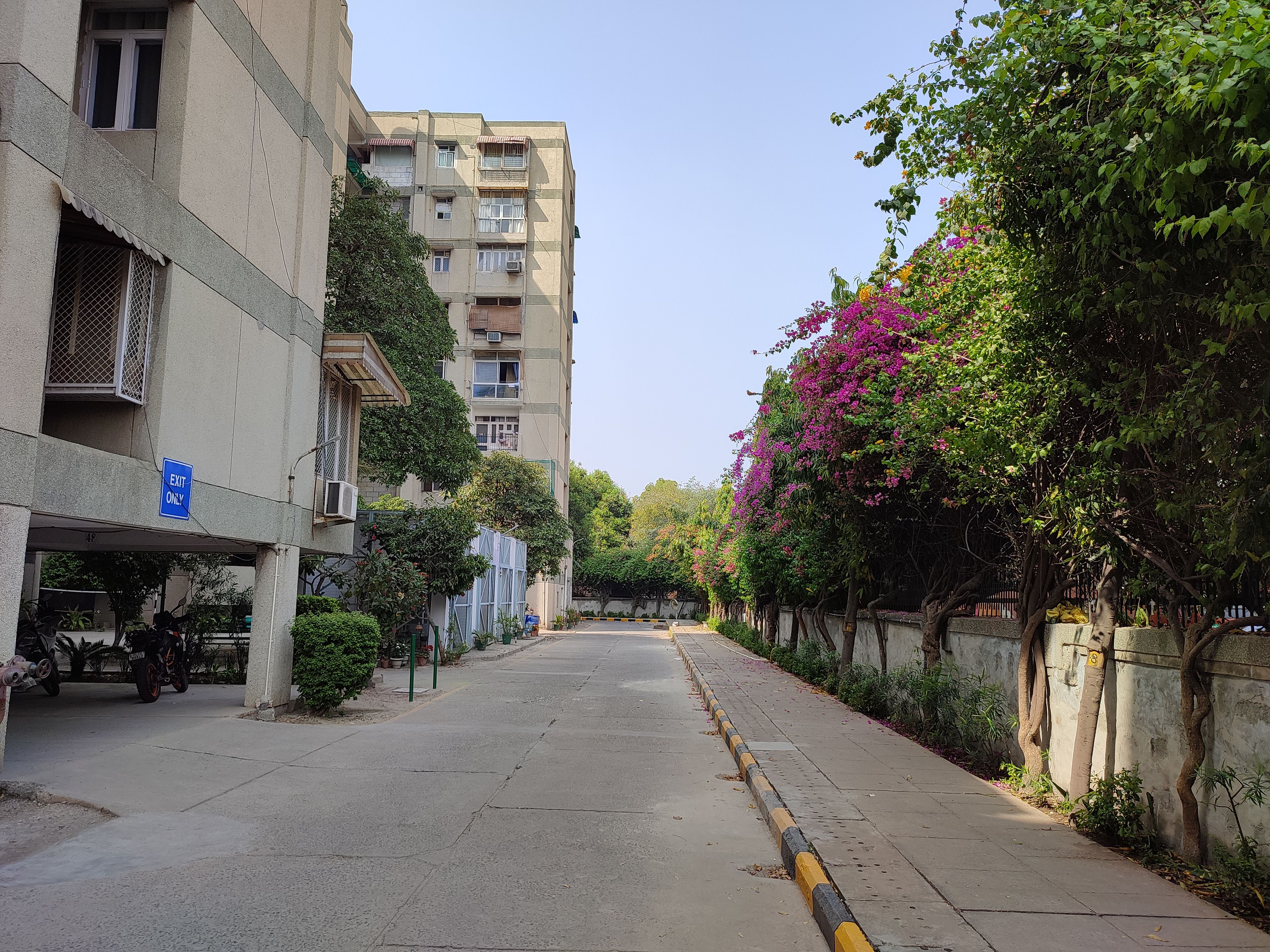 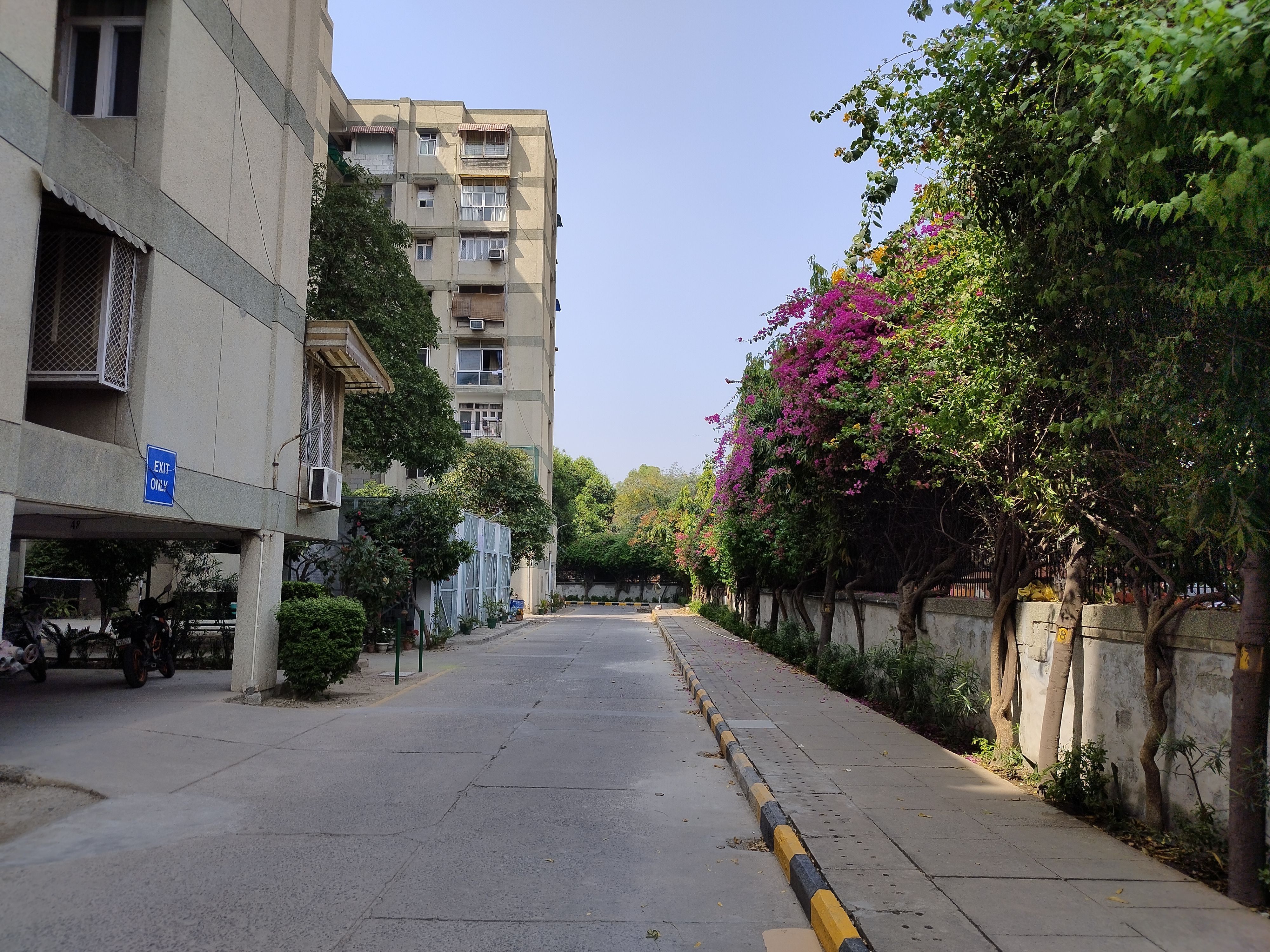 As another example, in the slider attached above, you’ll notice that the Redmi Note 11 Pro+ has glossed over the details around the darkened bits yet again. Consequently, the scene looks a tad gloomy at a closer crop and you’d be hard-pressed to find the details around the ornamental tree adjacent to the blue-coloured enclosure. What’s more, the Redmi Note 10 Pro Max’s photo has noticeably less noise too. 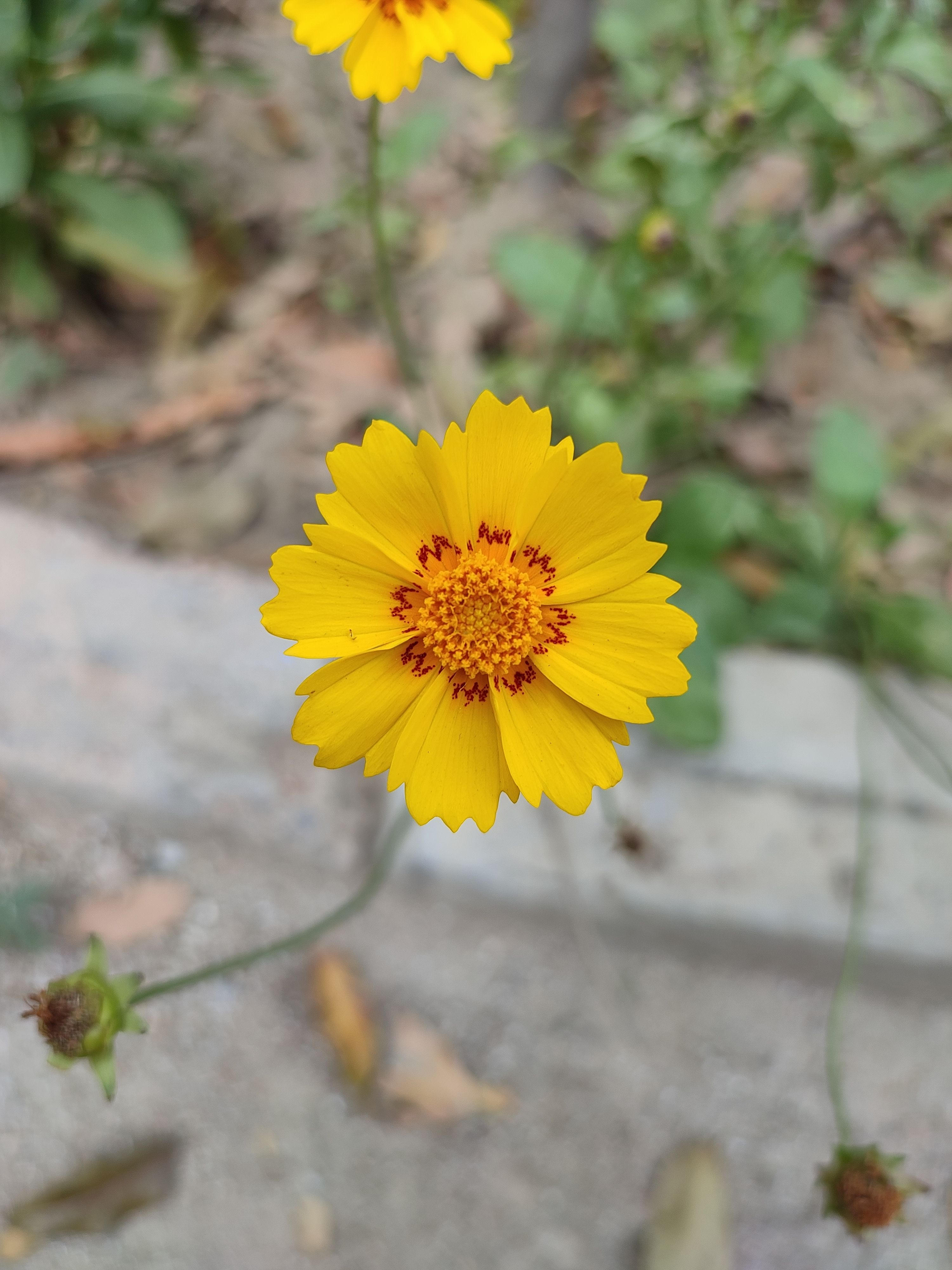 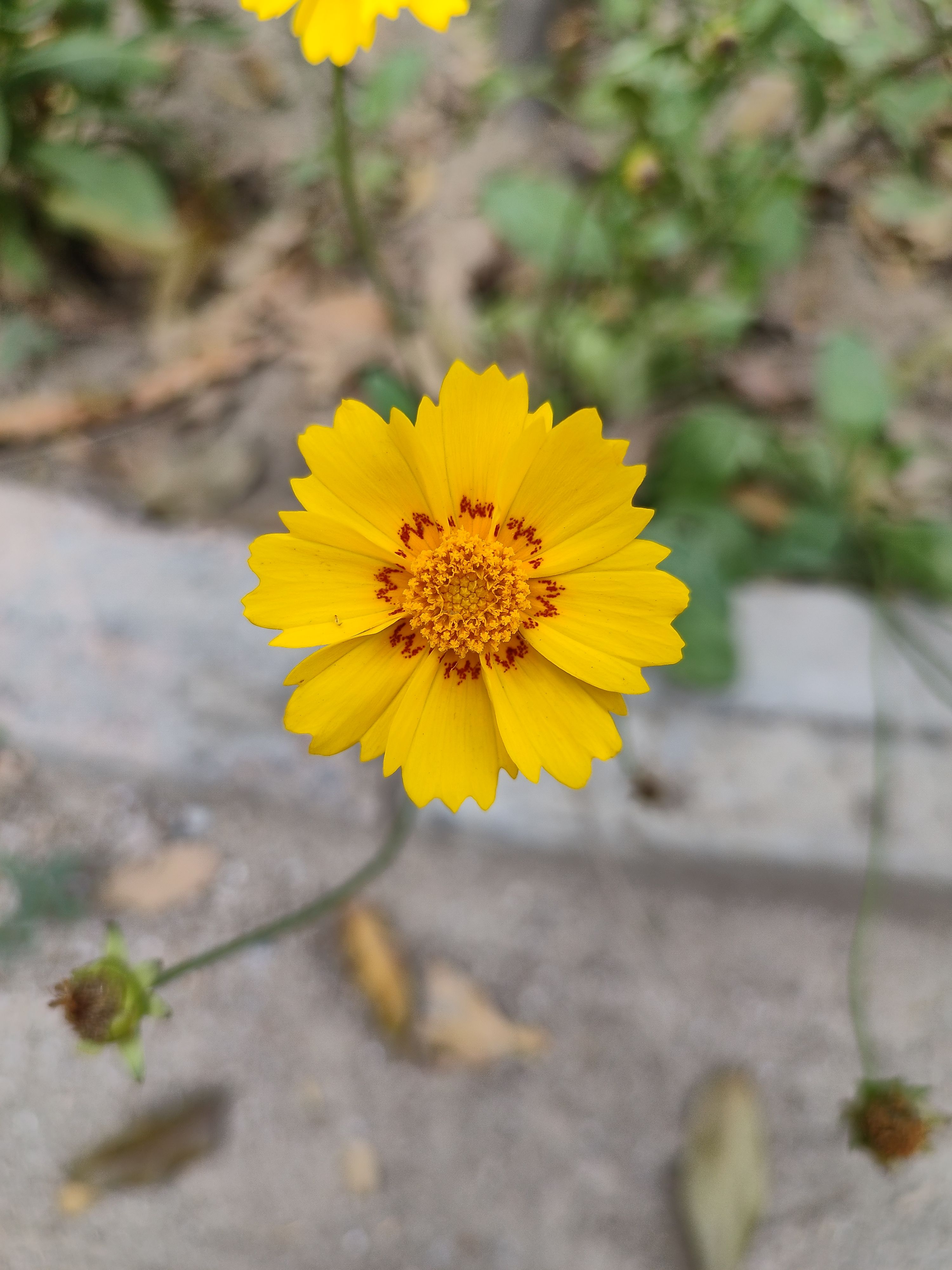 The scenery remains unchanged for closeups as well. In fact, the Redmi Note 10 Pro Max was able to focus on the subjects a tad quicker. That said, if you’re patient enough, then you can get some delightful closeups with the Redmi Note 11 Pro+ as well. 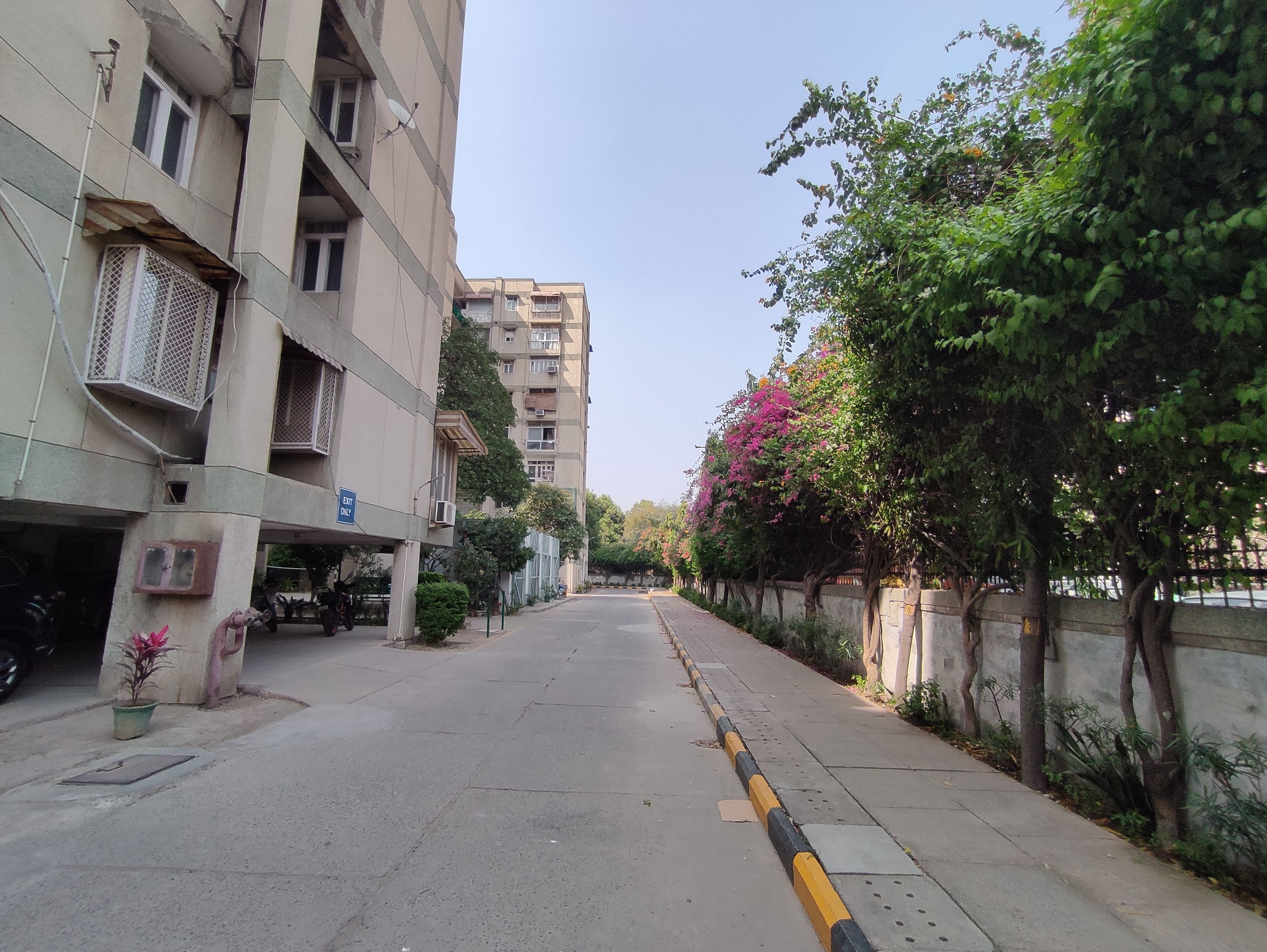 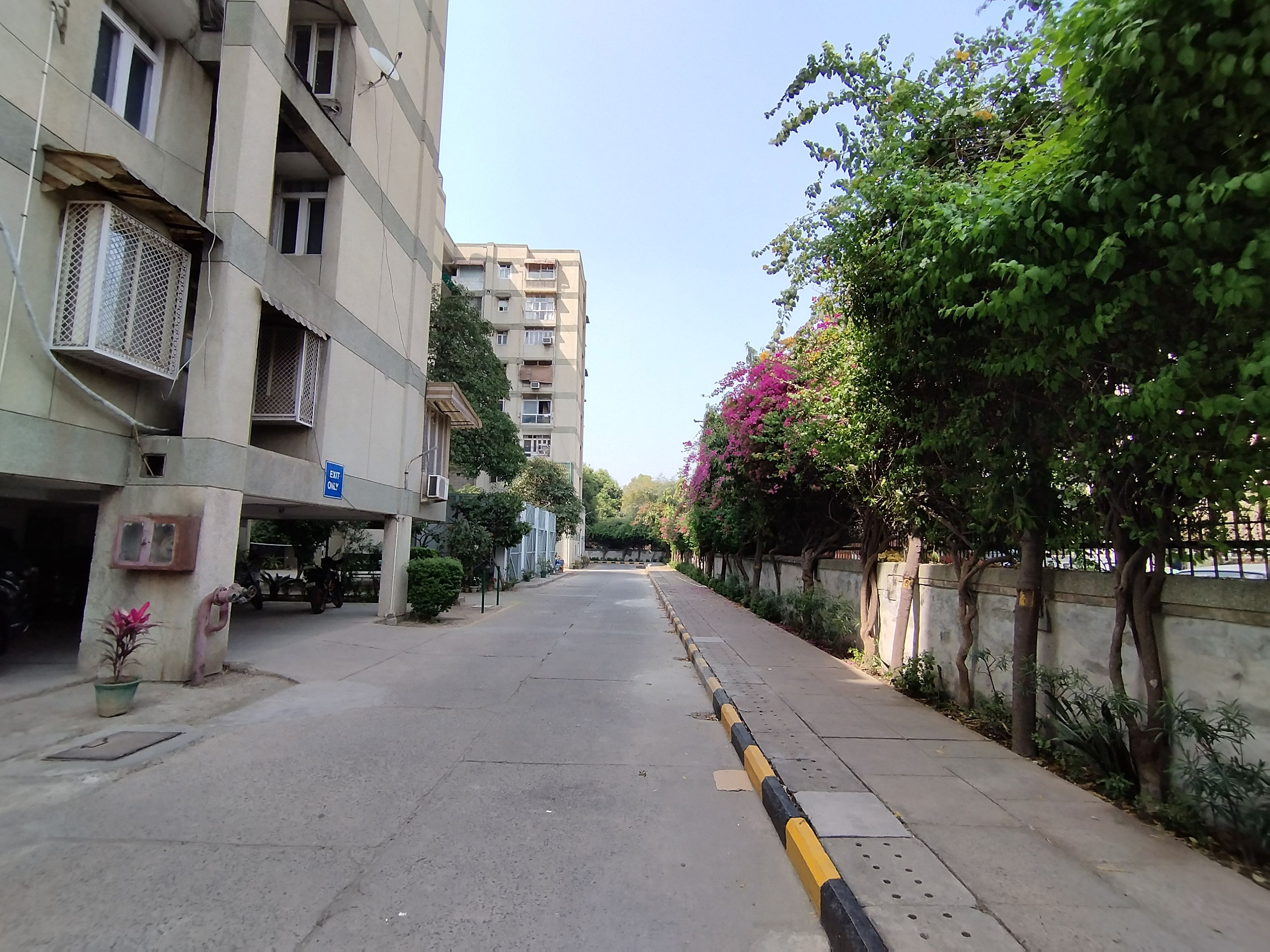 The same goes for their respective wide-angle sensors as well, which can click passable landscapes with bountiful details around the centre of the frame. That said, the corner details from the ultra wide-angle images on both the phones could’ve been much better. Also, both the phones exhibit noticeable colour temperature disparity when switching from the main to the UW lens. A software update could fix some of these issues, so I hope Redmi can update its latest mid-ranger with improved photography chops soon. 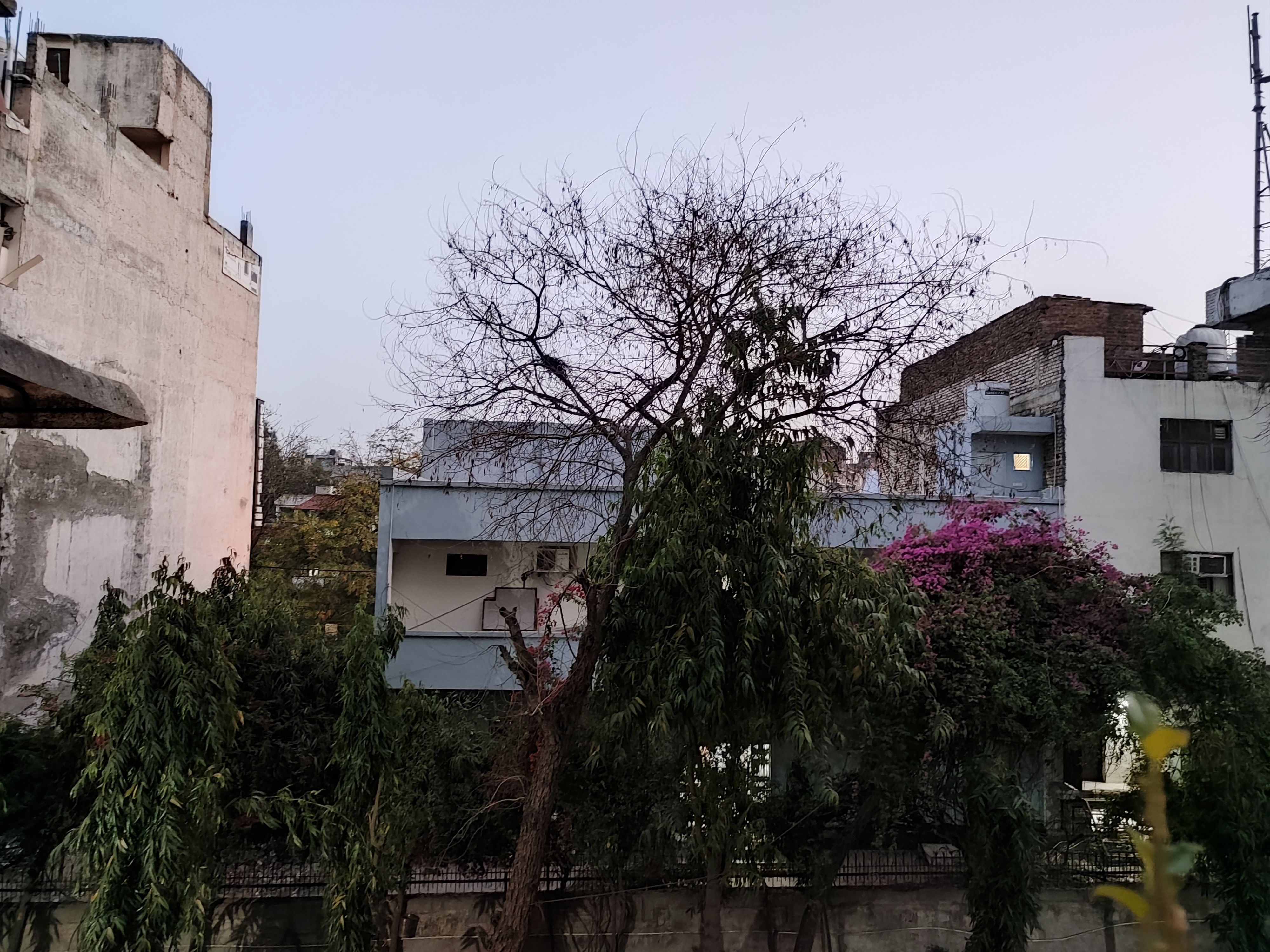 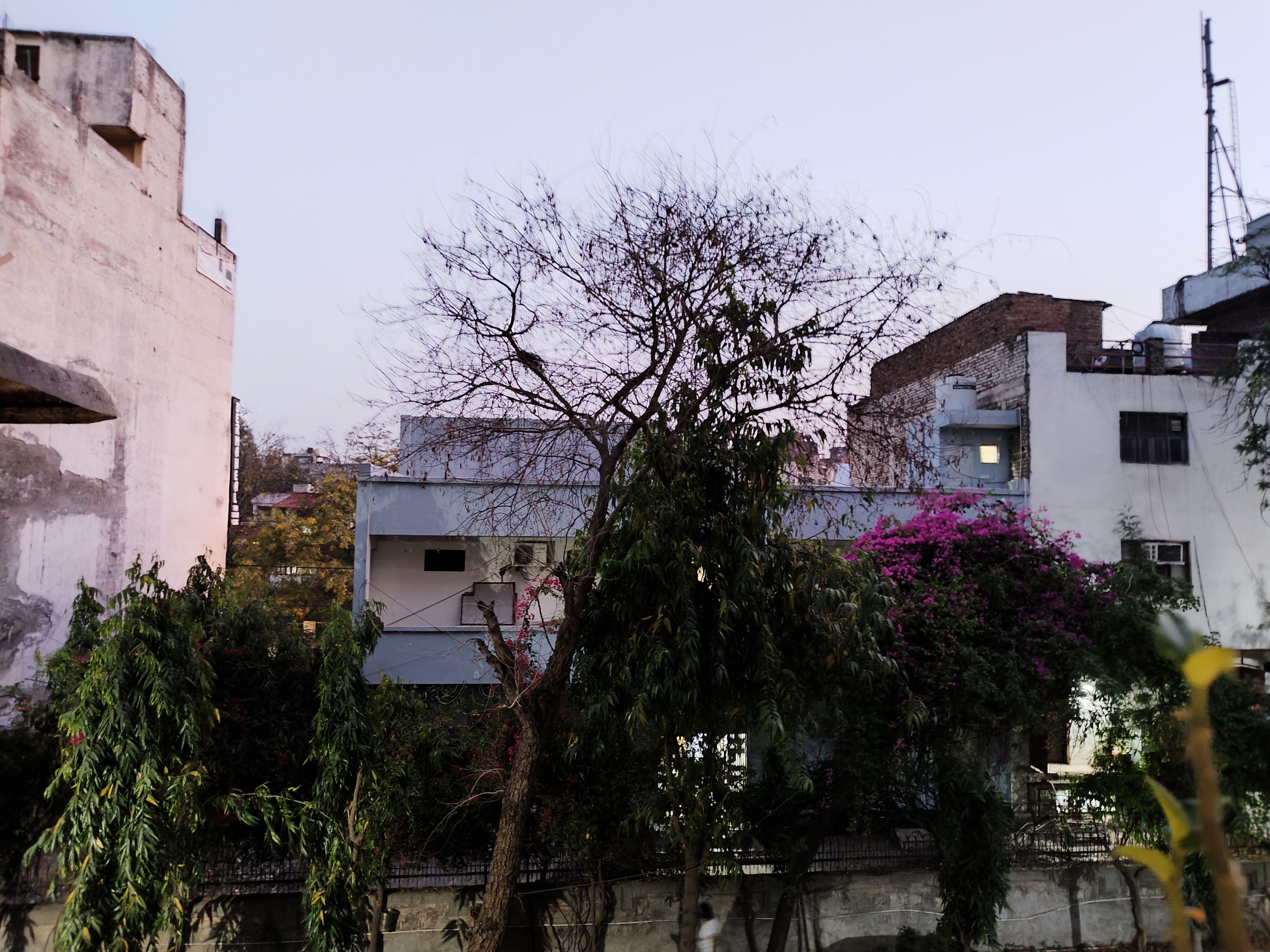 Having said that, the lowlight photos from the two phones are neck and neck. While the Redmi Note 11 Pro+ sways in favour of a sharper image, the Note 10 Pro Max yields a slightly softer output albeit with lesser noise. Regardless, both phones can click swoon-worthy photos after the sun has set. 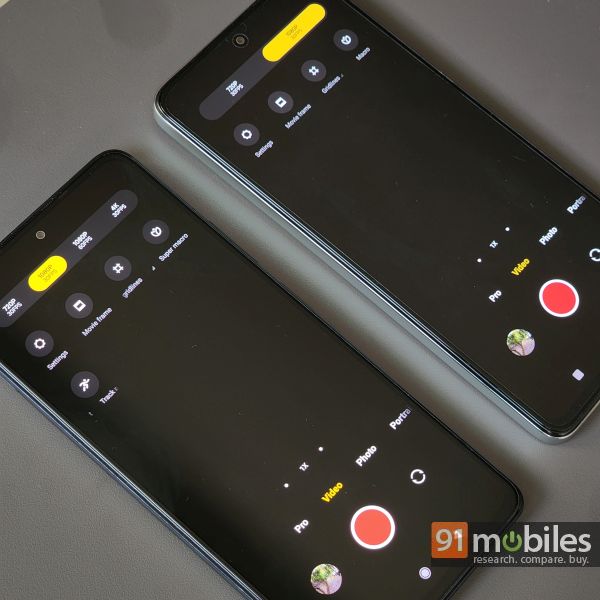 Unfortunately, if you like to shoot a lot of videos, then you’ll be better off with the Note 10 Pro Max. As a matter of fact, the Redmi Note 11 Pro+ can only record videos in 1080p at 30fps. That’s quite disappointing, seeing how the Note 10 Pro Max can shoot clips in both 4K resolution (30fps), as well as with the resolution and frame rate set to 1080p60fps. 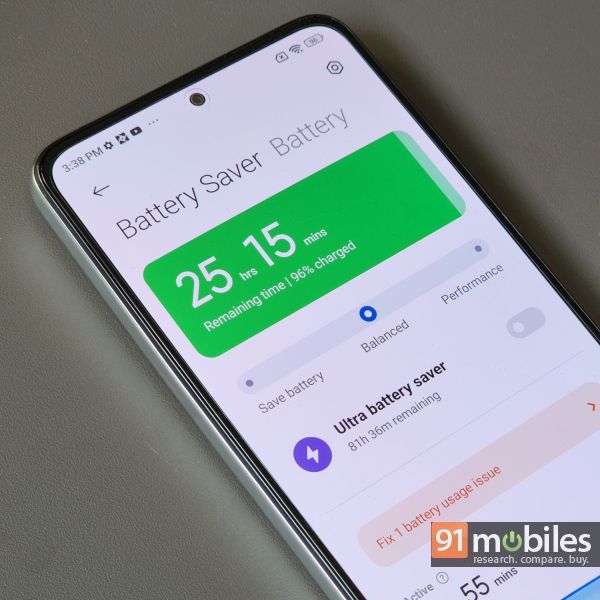 Thankfully, the Redmi Note 11 Pro+ ships with a beefy 5,000mAh cell that can charge rapidly at 67W too. In fact, I managed to charge the phone completely in around an hour, which is great. What’s more, the device saw me through the end of a busy workday effortlessly too so rest assured, you’ll rarely get any battery anxiety with the Note 11 Pro+ in your pocket.

The Redmi Note 11 Pro+ retails for Rs 20,999 and for the price, gets a few things right. For one, the smartphone performs well and offers a versatile array of cameras that can click serviceable images. What’s more, the handset also employs a stunning AMOLED panel which, when paired with the device’s 5,000mAh cell, nets users a generous screen on time too. Unfortunately, the device does little to set itself apart and works around the same formula that propelled its predecessor to immeasurable stardom. In fact, the Redmi Note 10 Pro Max outperforms the Note 11 Pro+ in the camera department and the phone can even relay HDR media from OTT services like Netflix. 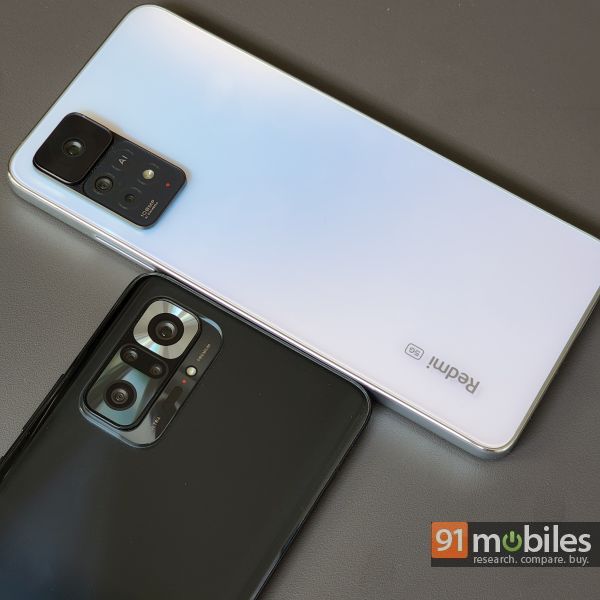 That’s not to say that the Redmi Note 11 Pro+ is a bad phone. Only, users across the globe have started to bank on Redmi’s Note lineup. Unfortunately, the brand’s latest contender – while good – falls a bit short of expectations.